Defined according to Wikipedia it is “a recent and informal geologic chronological term that serves to mark the evidence and extent of human activities that have had a significant global impact on the Earth’s ecosystems. The term was coined by ecologist Eugene Stoermer but has been widely popularized by the Nobel Prize-winning atmospheric chemist Paul Crutzen.”

The images here where created by Felix Pharand-Deschenes depicting how various human influences, from road and rail, to internet cables and airlines create significant patterns covering the Earth. What can we learn from these patterns in how they are influencing the environment 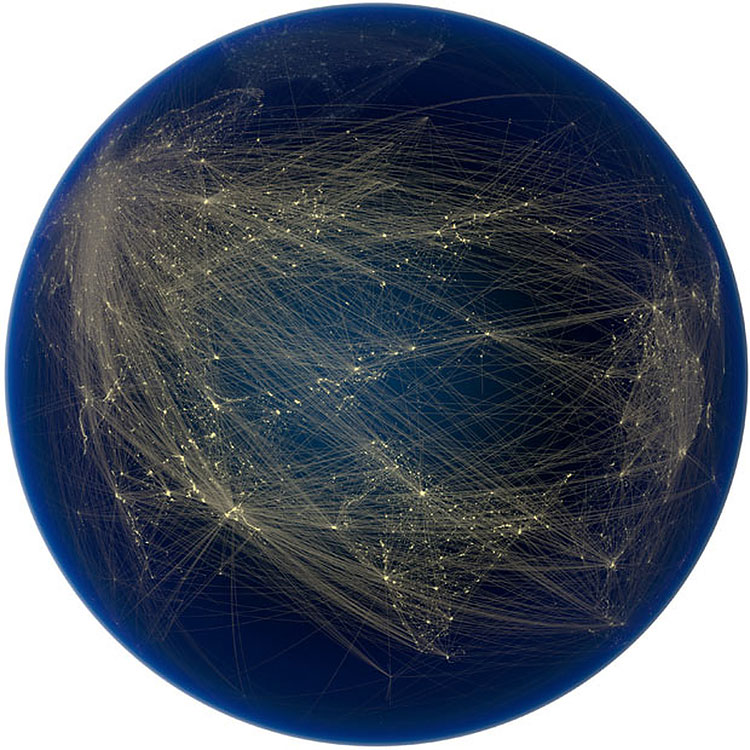 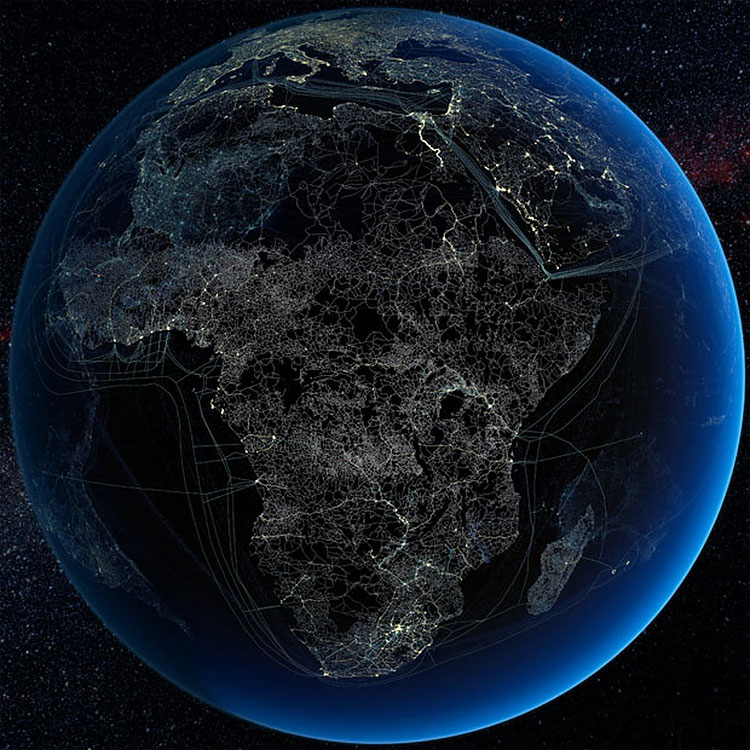 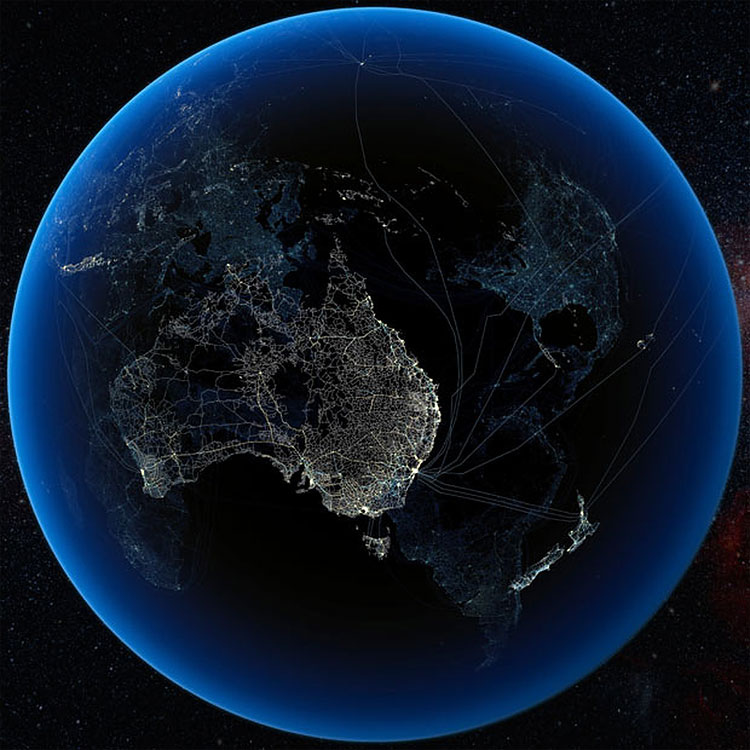 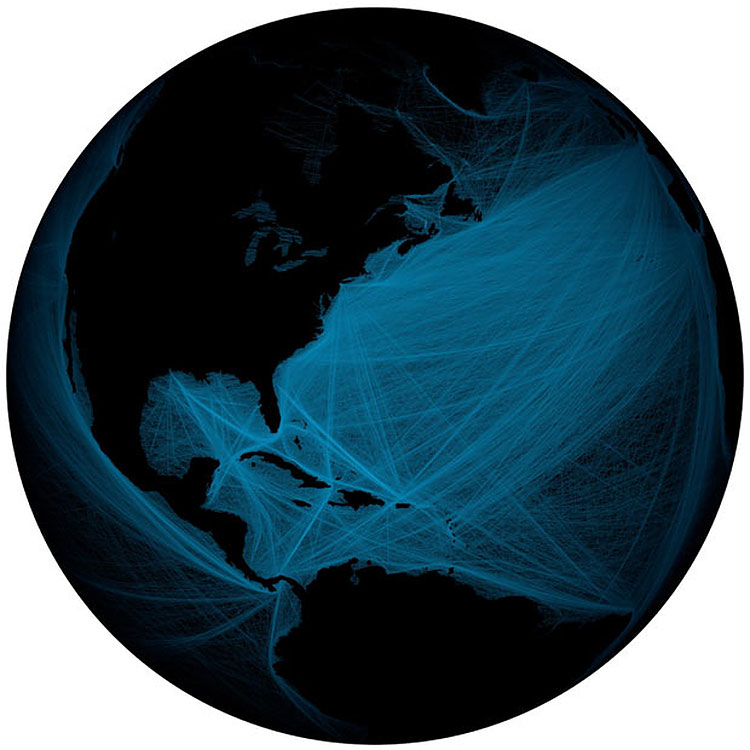 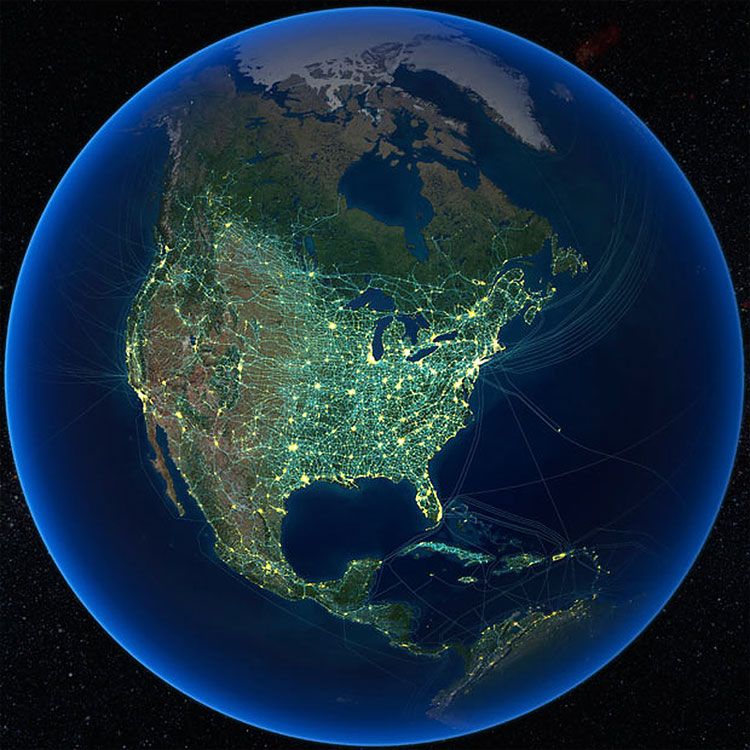 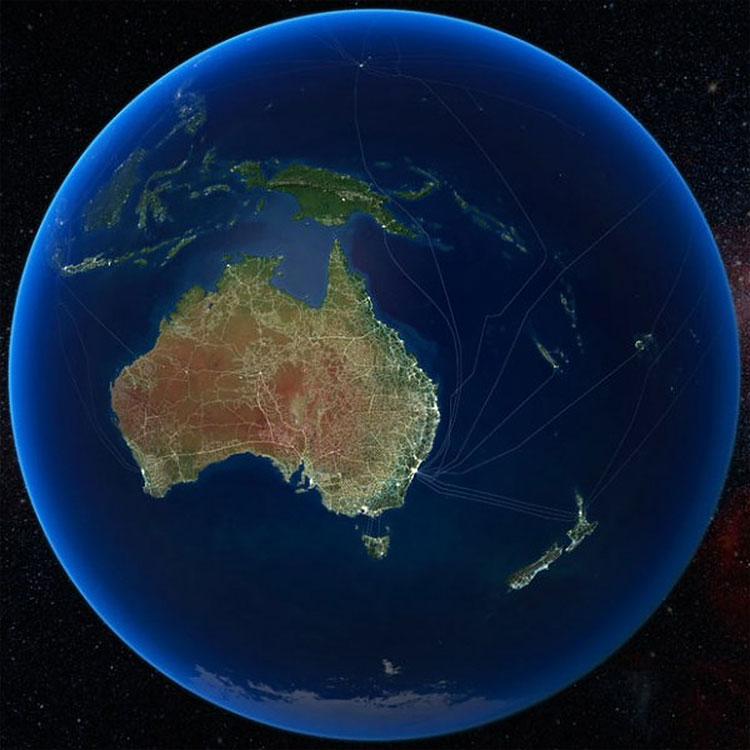 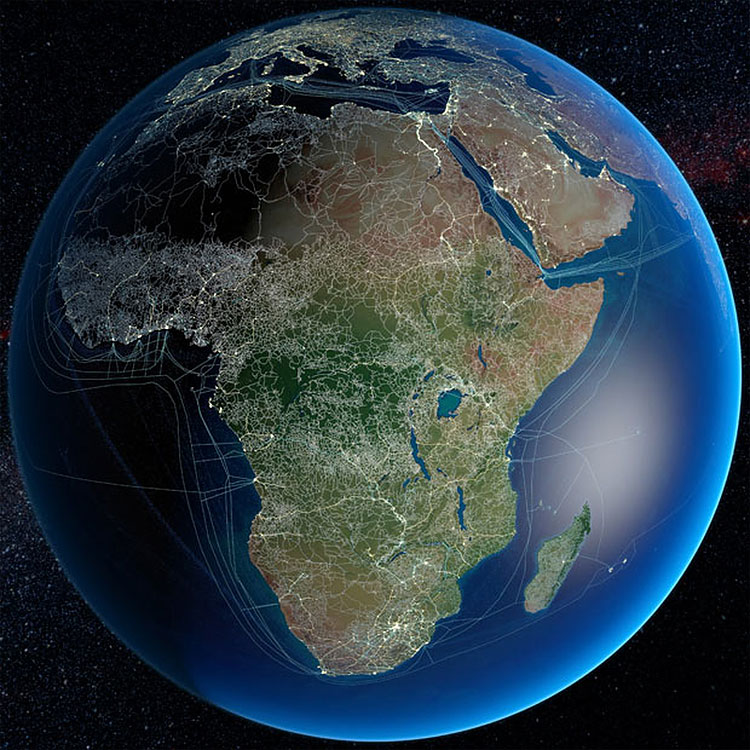 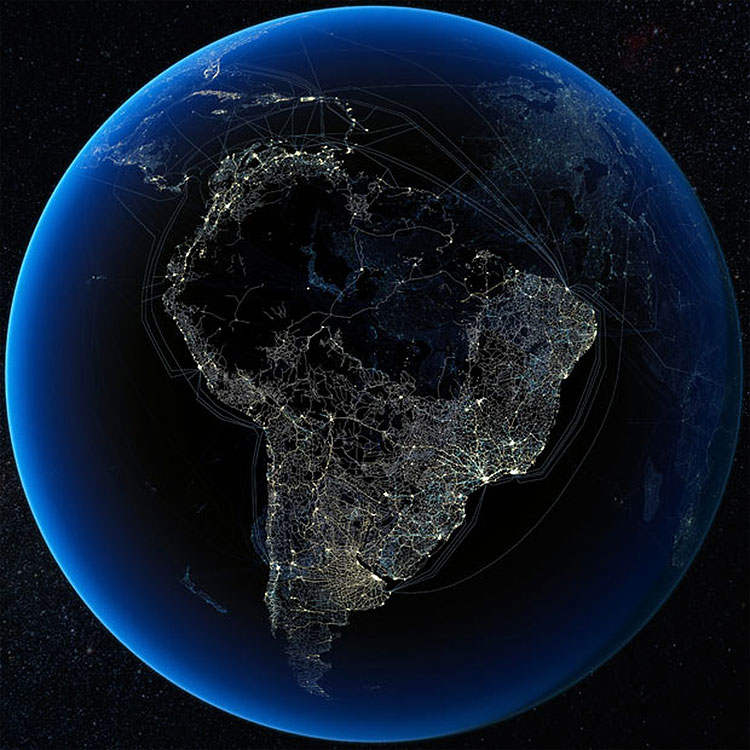 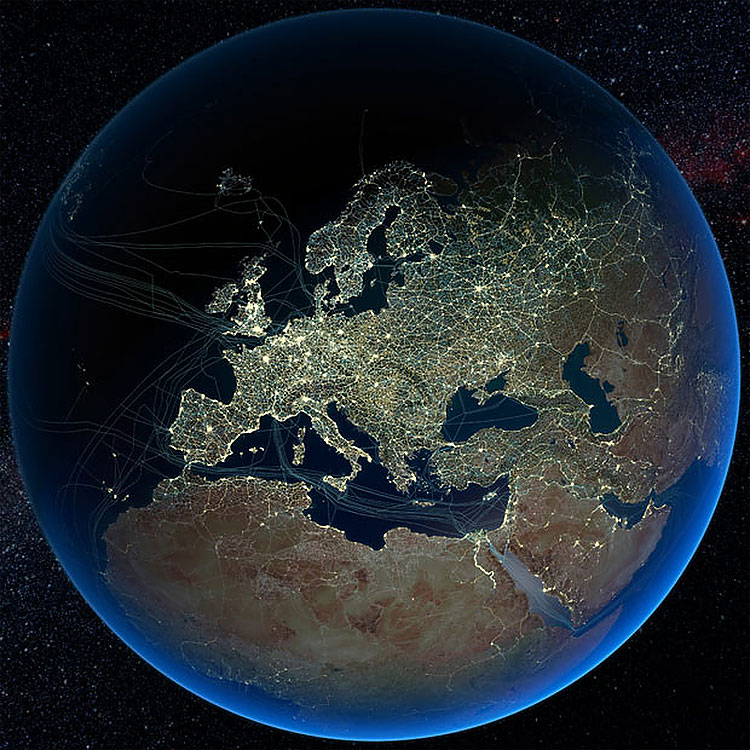