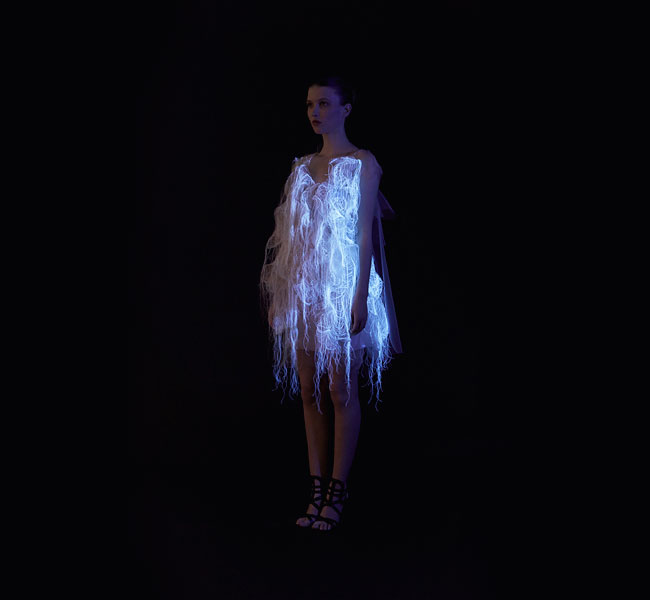 The project was inspired by the essay entitled “Esthétique de la disparition” (The aesthetic of disappearance), by Paul Virilio (1979).

“Absence often occurs at breakfast time – the tea cup dropped, then spilled on the table being one of its most common consequences. Absence lasts but a few seconds, its beginning and end are sudden. However closed to outside impressions, the senses are awake. The return is as immediate as the departure, the suspended word or movement is picked up where it was left off as conscious time automatically reconstructs itself, thus becoming continuous and free of any apparent interruption.”

The series comprising two (2) dresses, made of photoluminescent thread and imbedded eye tracking technology, is activated by spectators’ gaze. A photograph is said to be “spoiled” by blinking eyes – here however, the concept of presence and of disappearance are questioned, as the experience of chiaroscuro (clarity/obscurity) is achieved through an unfixed gaze. 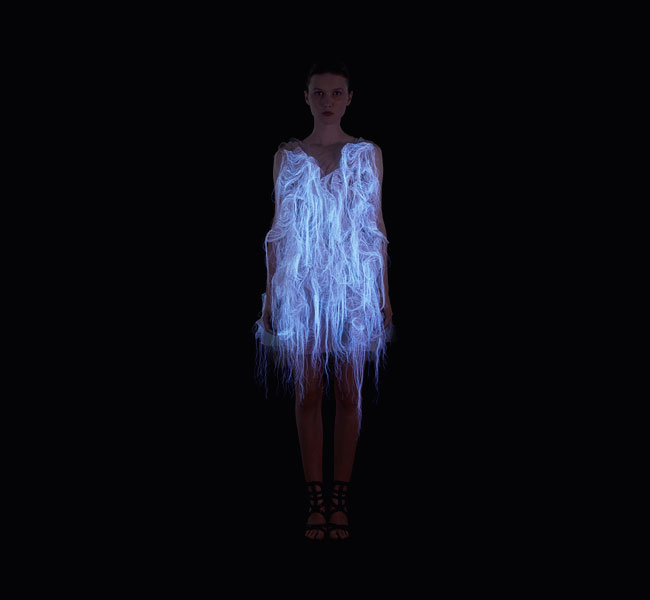 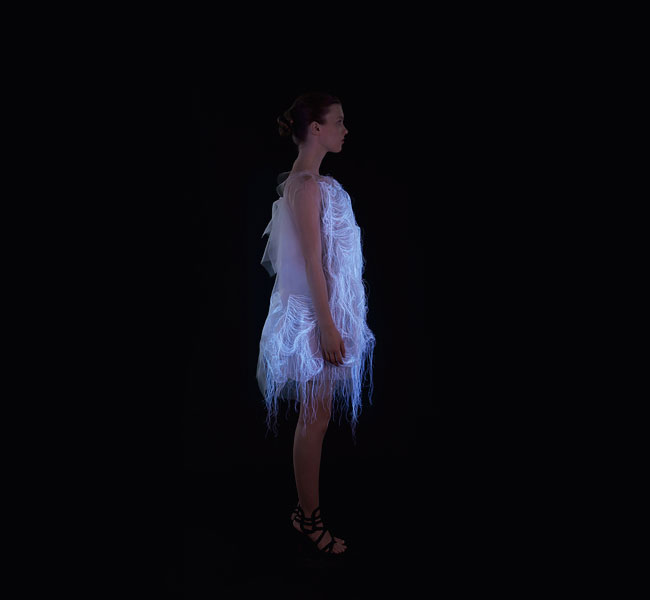 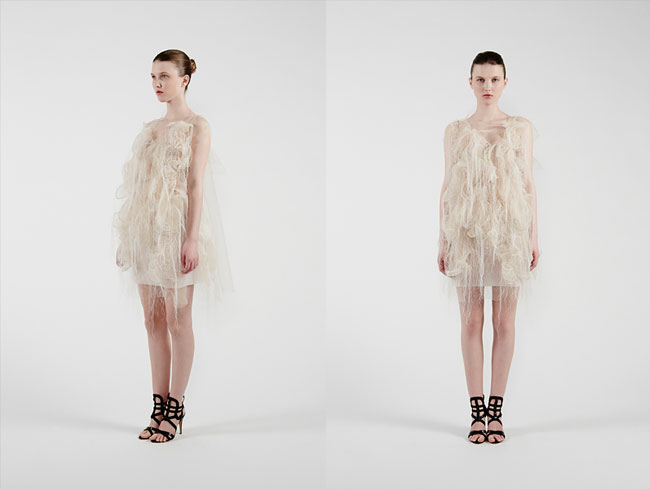 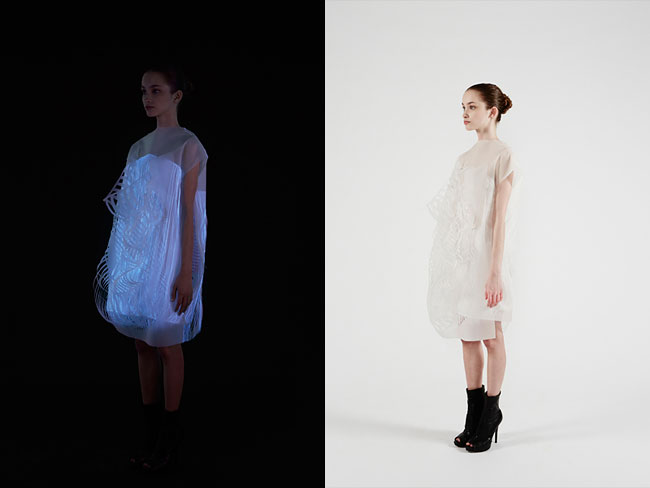 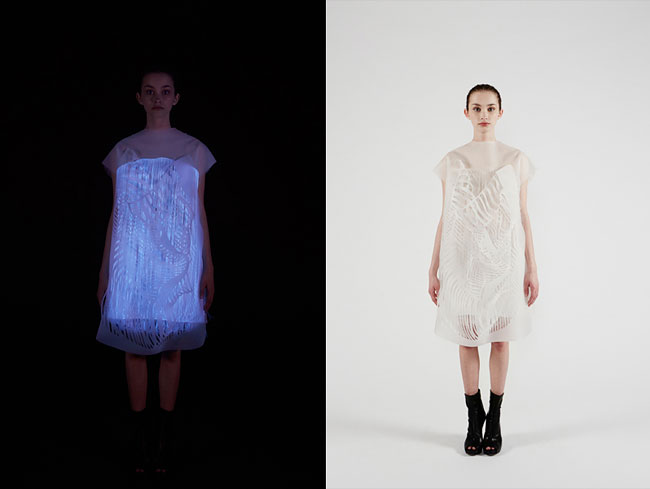