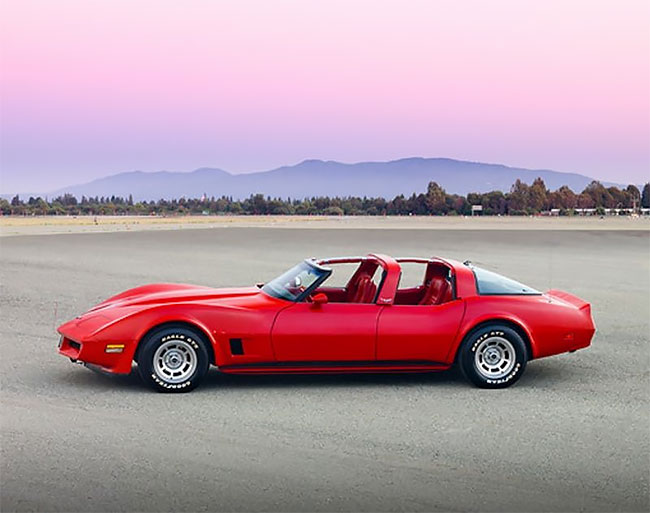 Back in 1980, California Custom Coachworks did a limited run of just five Chevrolet Corvette sedans for customers (a total of six were produced, one of them being a prototype). They took the stock body Corvettes, lengthened them by 30 inches, adding a significant 500-lb weight gain to the body. The result however was a very rare four-door Corvette that featured four seats and a very peculiar design. 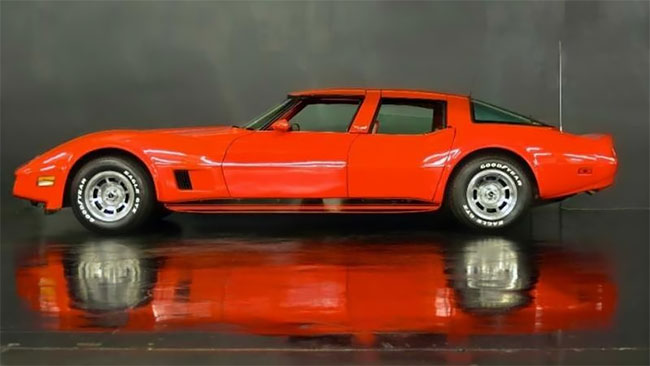 No, your eyes aren’t deceiving you – the 1980 Chevrolet Corvette you’re looking at here does indeed have four doors. It wasn’t created in Photoshop by a render artist, either. It was originally built in the late 1970s by a Pasadena-based company called California Custom Coach for people who wanted to combine the Corvette’s sporty character with the practicality of a four-door sedan. 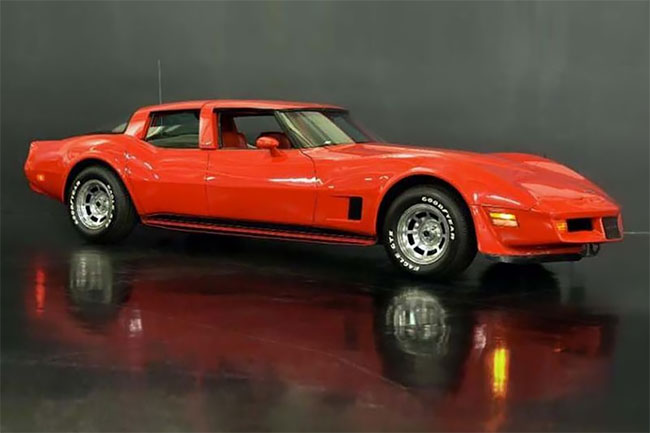 Only two are believed to still exist today, one of which is currently listed for sale by NBS Auto Showroom finished in bright red. The red theme continues inside, as everything from the seats, dashboard, and seatbelts are all in red. It only has 20,000 miles on the odometer and was primarily driven to car shows. 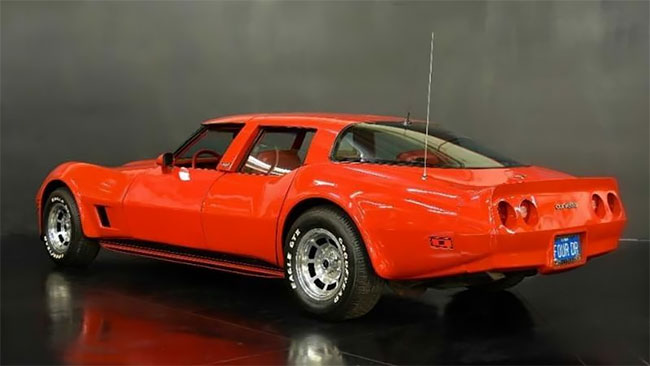 Originally, it would have set you back $35,000, which was more than double the price of a base-model Corvette at the time. That’s a steep asking price considering you can buy a brand new V8-powered Porsche Panamera Turbo for a lot less. It’s also nearly twice the price of a Corvette ZR1, but its rarity will make it very desirable to Corvette collectors. 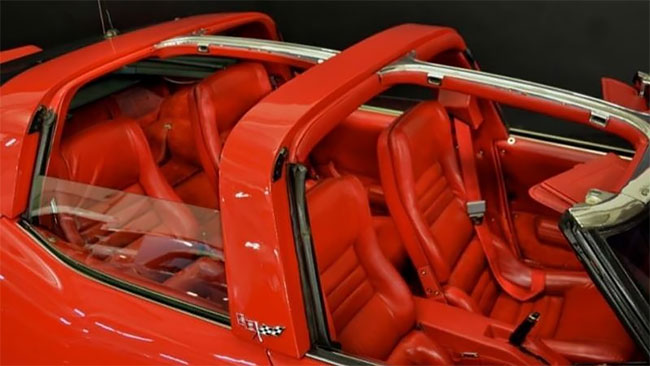 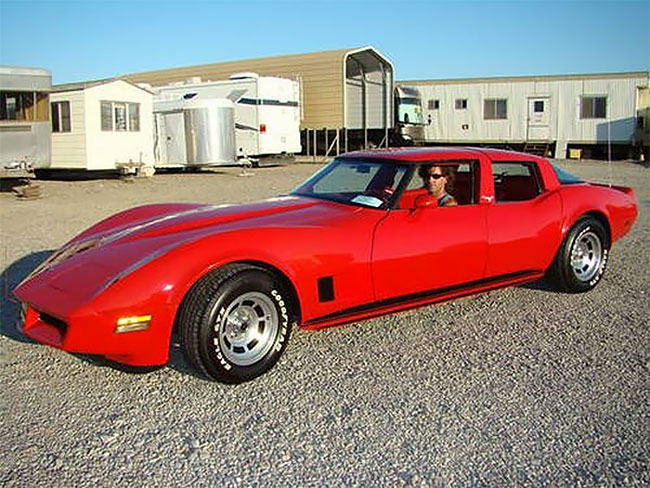 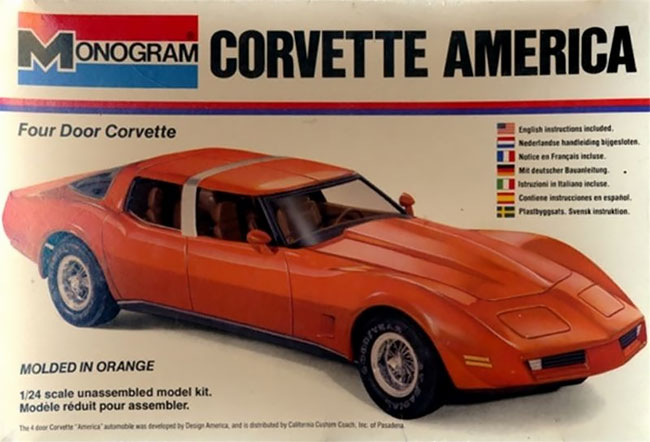 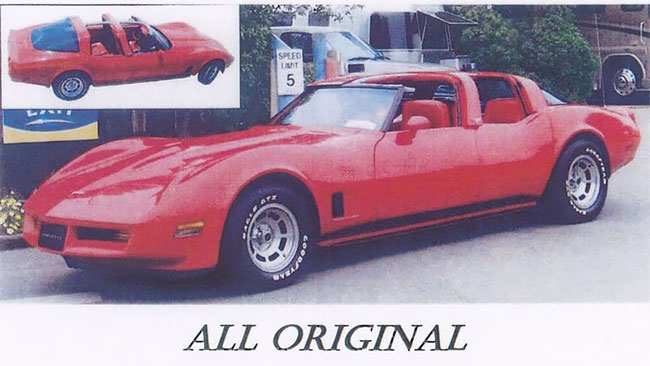 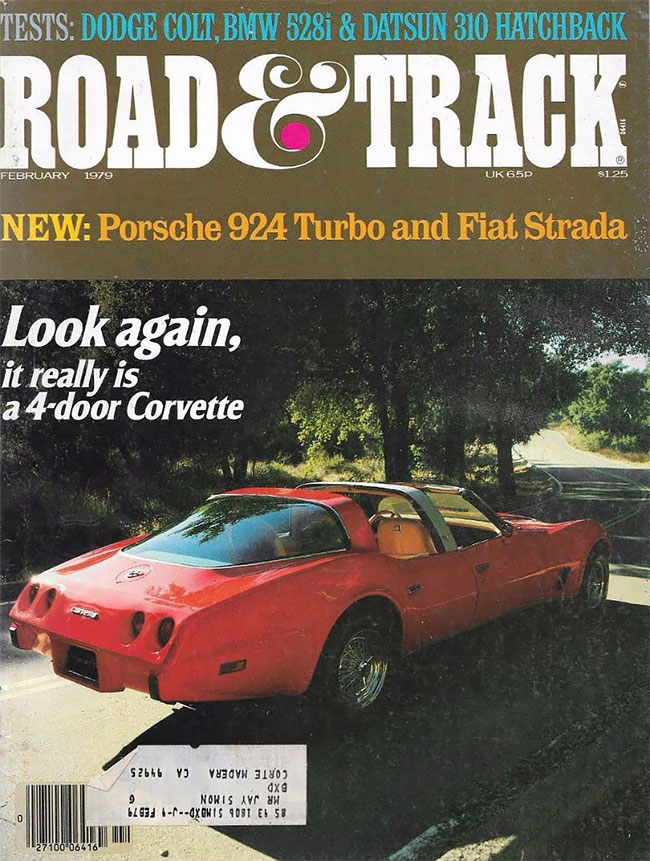 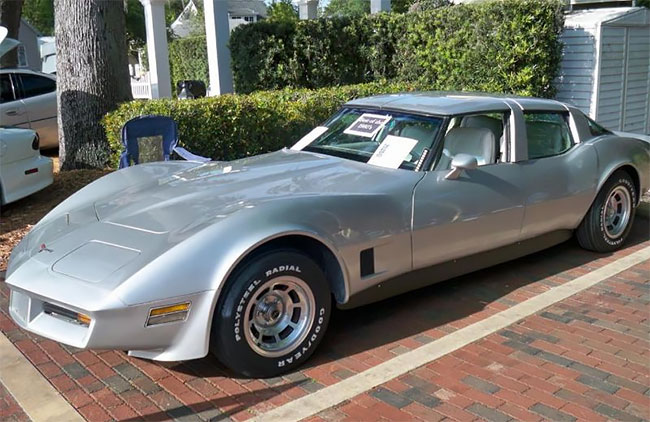 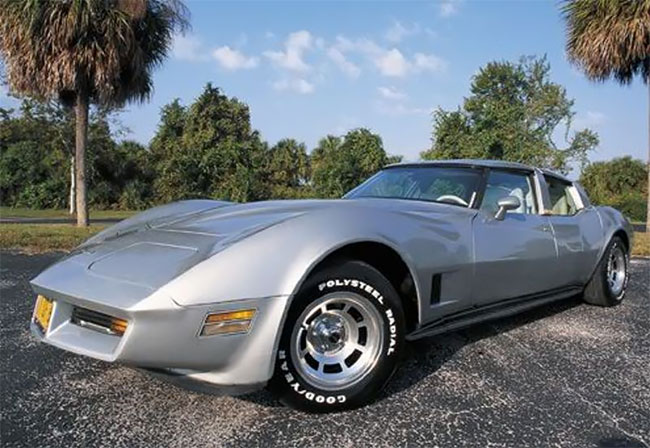 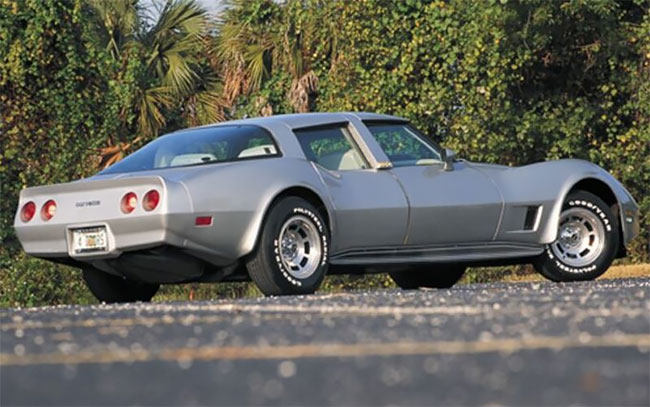 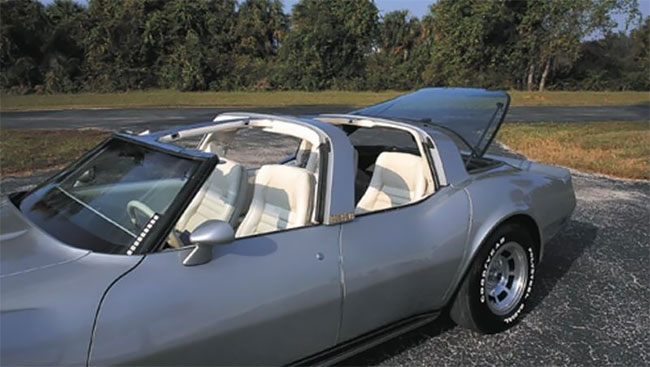 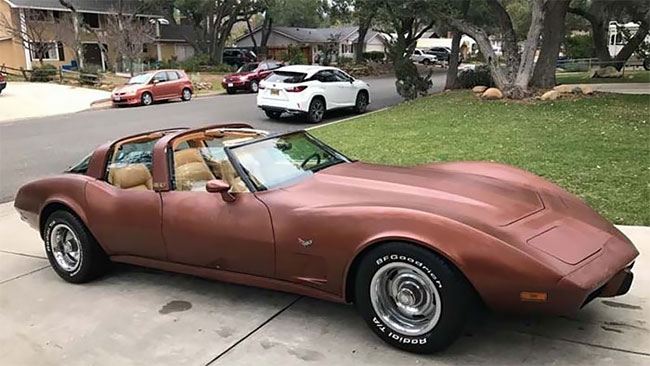 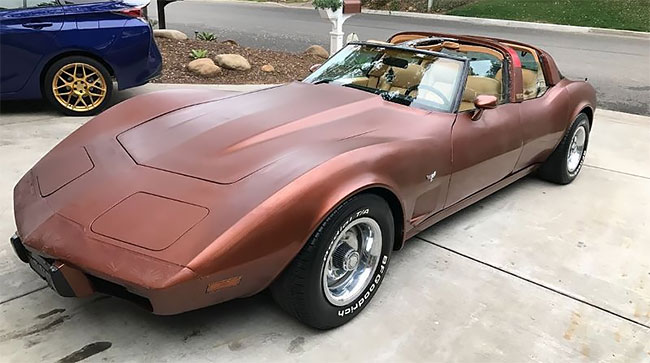 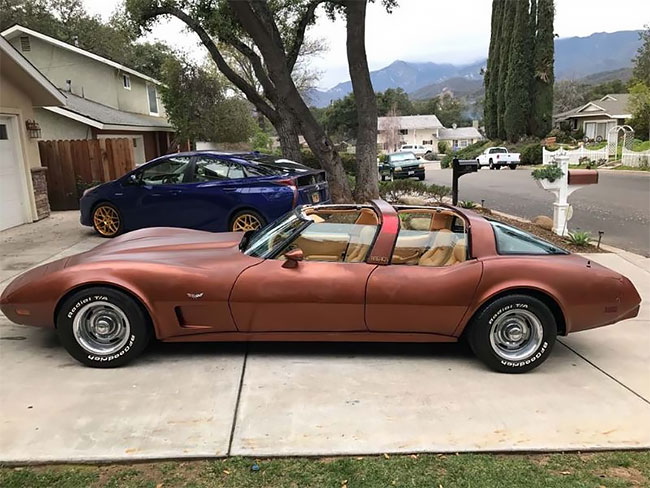 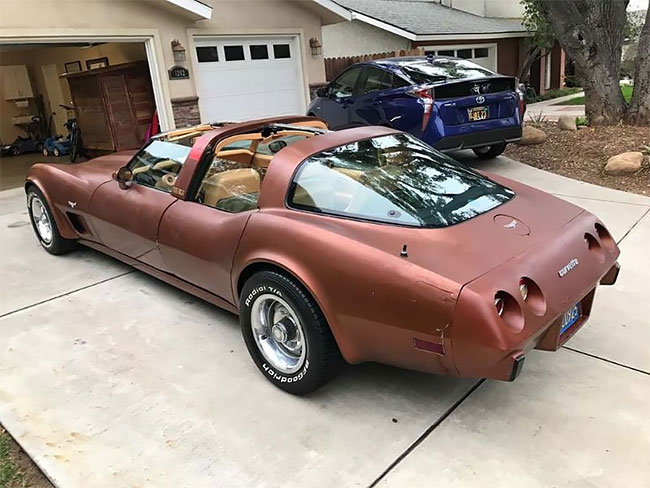 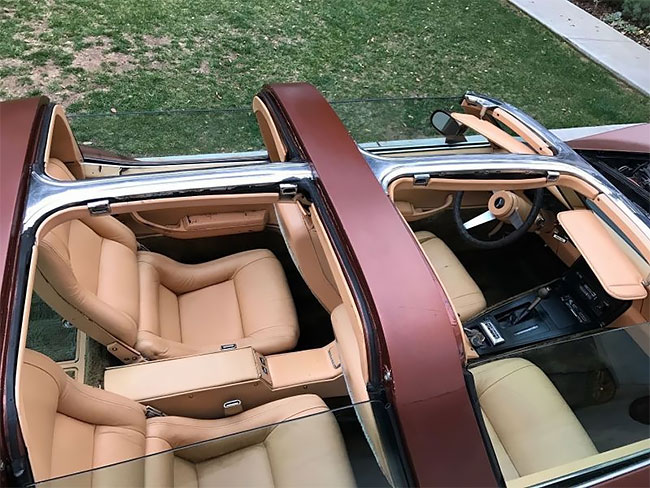 "Wakka Wakka Wakka": Amazing Nostalgic Video Game Artworks By Rachid Lotf
35 Rare Photos of the Construction of the Titanic
Winter Is Coming, So Please Enjoy This Insane 1980s Book Of Knitted Sweaters
When Big Hair Roamed The Earth: The Hairstyle That Defined The 1960s
This Oversized Helmet Is Designed To Block Out Noise In The Workplace
Iceland Road Painted To Stop Arctic Terns Being Killed
Wake Me Up Before You Go-Go! Brilliant 1980s Pop & Rock Music Publicity Photos
Rare Vintage Photos Of Dwellers Of The Russian North Over A Century Ago
Björk With a Cute Pixie Cut Photographed by Herb Ritts in 1989
The Story Behind John Lennon's Psychedelic Rolls-Royce Phantom V
As The Standard Of The World Turns: Lovely Photos Of 1965 Cadillac Coupe DeVille
The Unintentionally Homoerotic Chinese-Soviet Communist Propaganda Posters, 1950-1960
Stunning Snapshots of America in Crisis in the 1970s
Famous Paintings And Historical Figures Recreated Using Artificial Intelligence
The Weird and Badass Gravestones of Russian Mafia
Photographer Perfectly Restores Vintage Mugshots Of Famous People
Set Eyes to Stunned for Russian Yo-Mobile Concept
A Beautiful Photo Series of the 1960 Ford Galaxie
Sad and Happy Moments on the Photos of Boris Register
Artist Johanna Jaskowska Creates Futuristic Instagram Filters That Are Taking Over Social Media
Found Photos Show Fashion Styles of Young Women in the Late 1980s and Early ’90s
Stunning Photos Show Mercedes-Benz 190 SL's Assembly Line In February 1958
Vintage Snapshots Of Freaky Halloween Costumes That Give You A Nightmare
Meet Selk'bag, The Wearable Sleeping Bag
1980s, cars, chevrolet, corvette, rare, retro