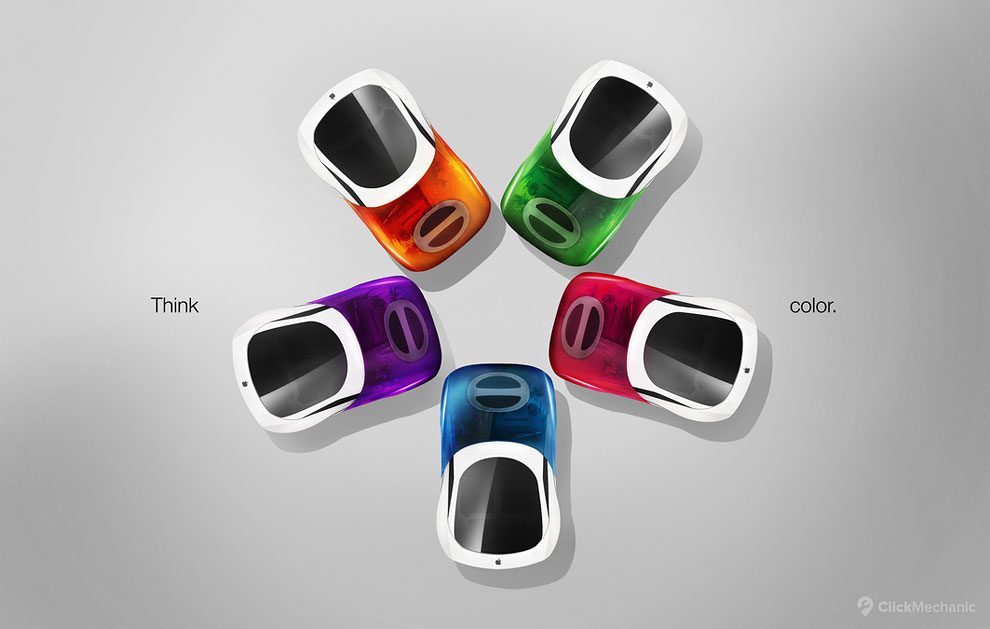 Is Apple set to release their own line of electric cars? That’s the rumour currently surrounding the tech company, with reports suggesting that they’re developing an iCar to rival the likes of Tesla. This wouldn’t be the first time a tech giant has waded into the world of motoring as Google have already developed a self-driving car, so maybe the rumour isn’t as ridiculous as it seems.

But what would an iCar look like? Apple have been design trail-blazers over the years with their devices reshaping the user experience and how people interact with technology, so would their cars be equally innovative? To give you a taste of how an Apple car might look, NeoMam Studios have created five concept cars based on previous Apple devices for Click Mechanic. 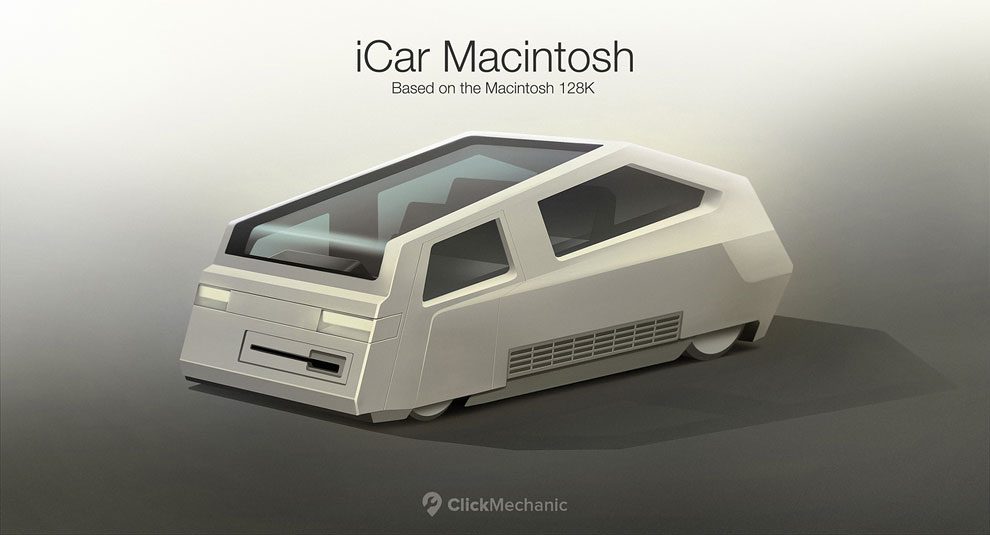 The iCar Macintosh is based on the original Apple Macintosh 128k, released in 1984. We’ve incorporated the beige, plastic like feel of the computer as well as its big, square, and angular features to create a true retro automobile. 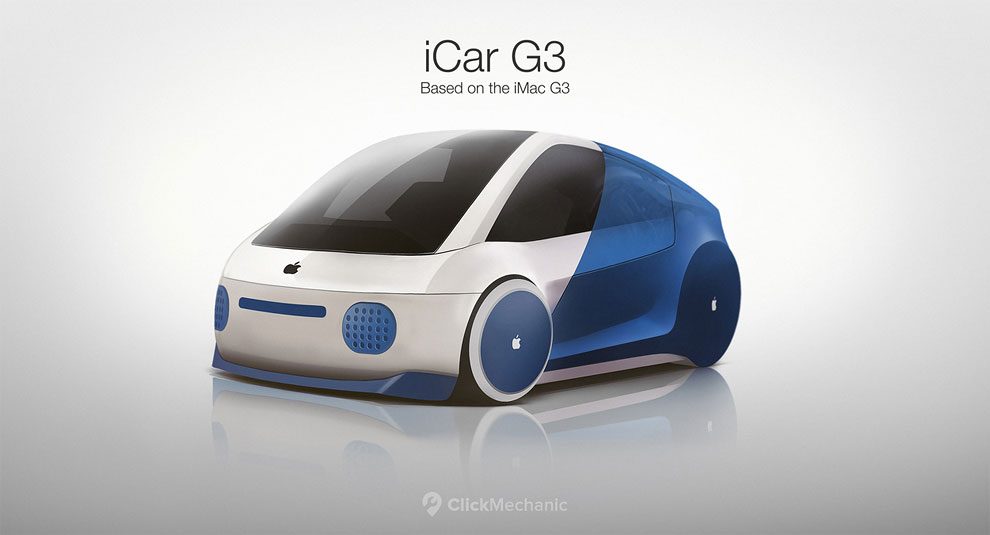 The iCar G3 comes in five “flavours” — blueberry, lime, tangerine, strawberry, and grape. The rounded edges and visible engine seen through the back brings back nostalgic memories of the iMac G3, released in 1998. Its small size makes it perfect for the city, and parking in those tight spaces. 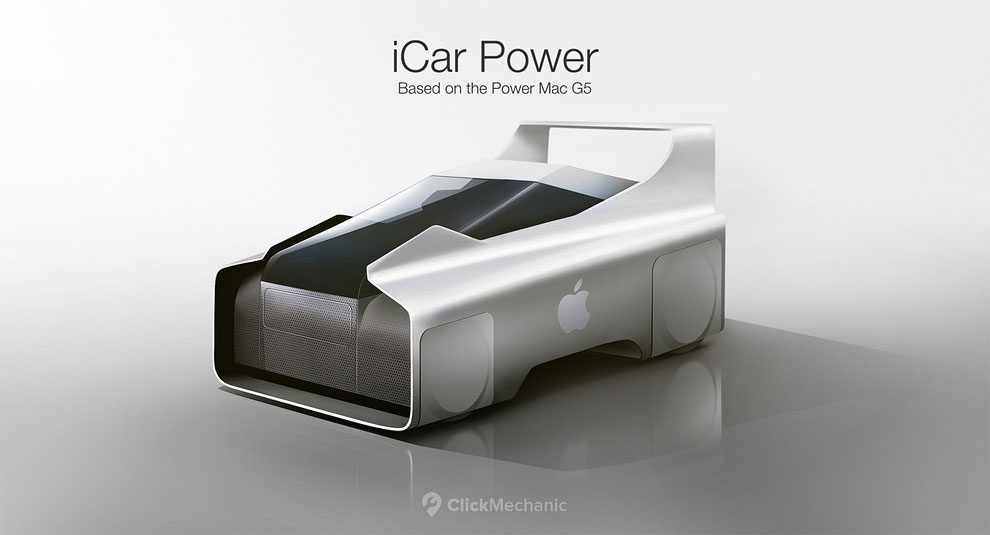 The iCar Power draws inspiration from the early noughties era when the PowerBook G4 was released. It lends the same anodised aluminium alloy and delivers a powerful, sturdy, and industrial looking vehicle. Ideal for transporting heavy loads. 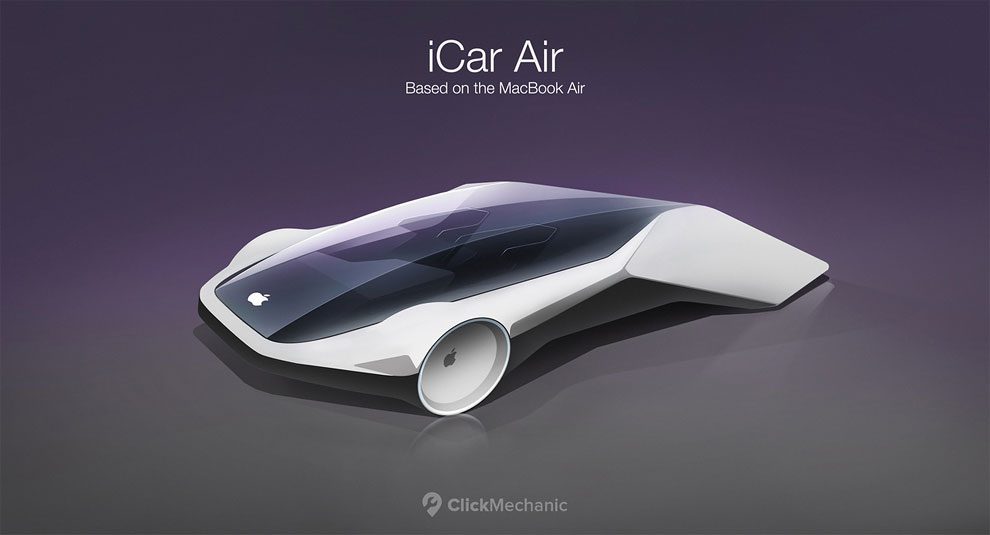 The iCar Air is based on the extremely light and thin, MacBook Air. With its clean and seamless look, the car can reach incredible high speeds in a matter of seconds. 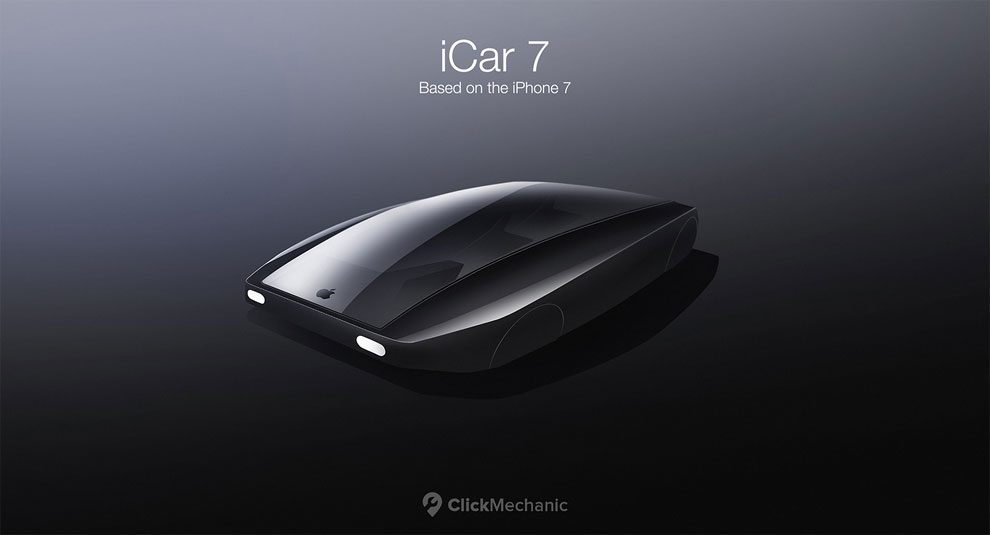 The iCar 7 comes in a glossy, jet black shell. Powered by electricity, its battery will last hundreds of miles. The smooth finish, slightly rectangular shape, and rounded edges makes the car look every bit as powerful as it is.