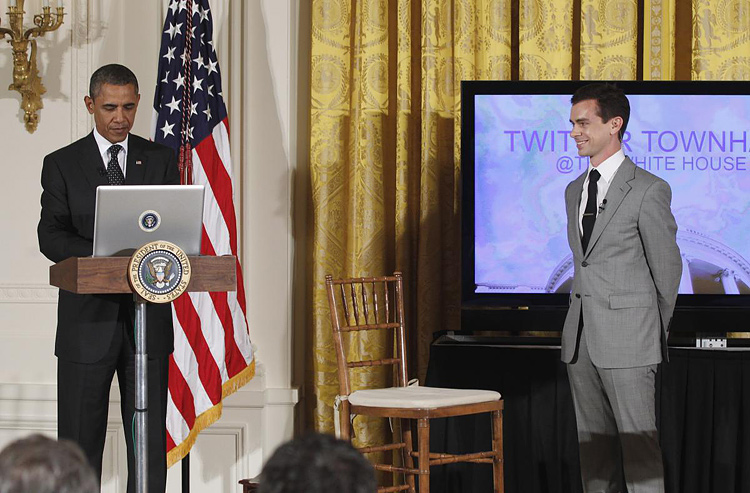 President Barack Obama sends a tweet as Twitter co-founder and Executive Chairman Jack Dorsey. In the Twitter town hall, the messages were displayed on a large television screen on the stage, and in the Facebook one, the questions were just read out loud. The Twitter town hall was held at the White House in the East Room and President Obama responded to 22 tweets and posted one himself. Most tweet comments and questions came from average Twitter users. (AP image/Twitter town hall) 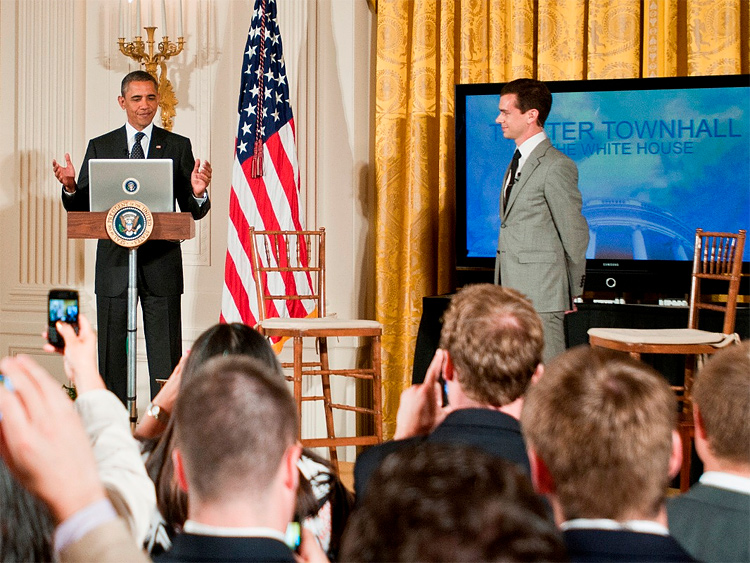 President Obama sends a tweet during the Twitter Town Hall asking users what they would cut from the budget to reduce the deficit. (SHFWire photo by Kevin Heim) 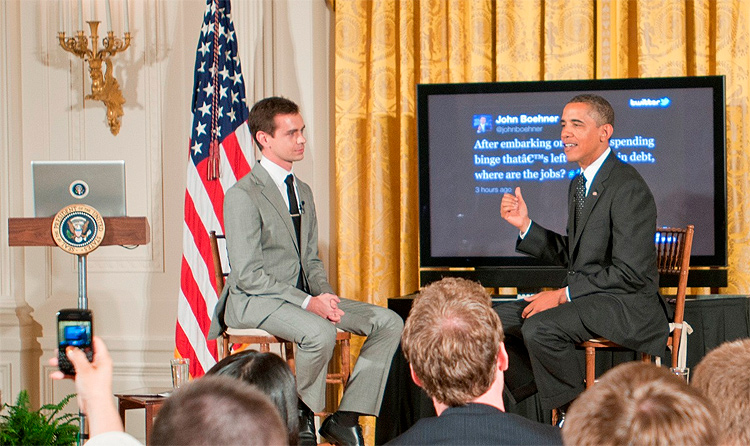 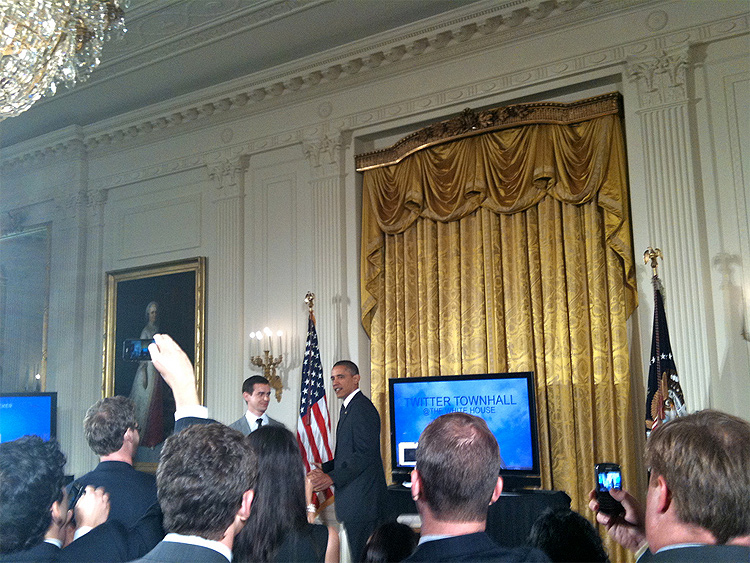