A Look Back At The First Tucker Torpedo Prototype From 1946 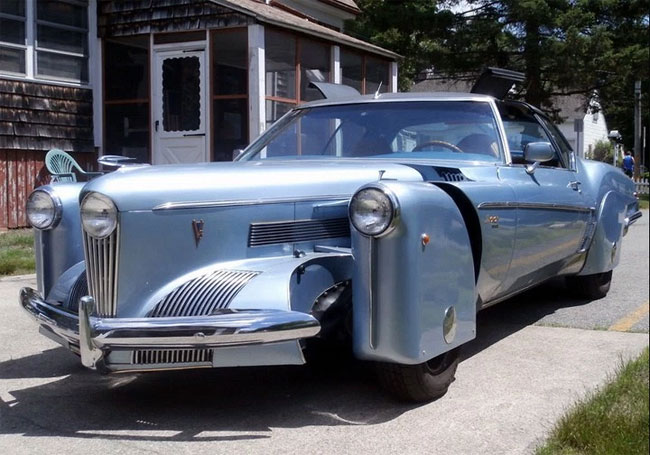 The Tucker Torpedo is one of the great what-if stories of automotive history. Preston Tucker hoped to revolutionize the industry with a car unlike any other on the road at the time. However, due to a variety of problems, he only managed build 51 vehicles before closing shop. Over time, they have become highly sought-after; ​In 2012, one sold for $2.65 million at auction. 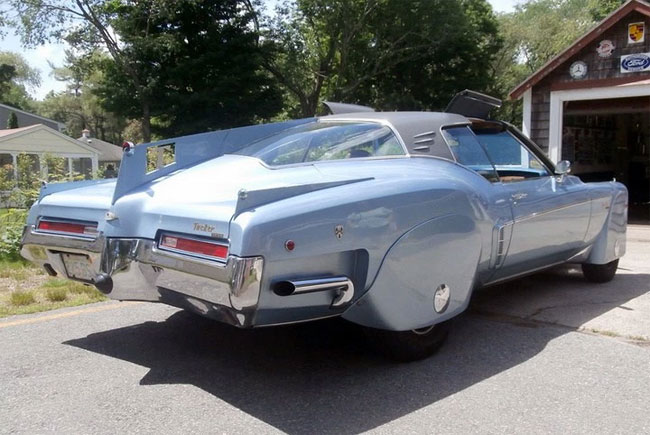 That brings us to this Tucker “replica” that you see above because it might be one of the ugliest monstrosities ever put together. However, we might extend some leniency to the creator, as the vehicle isn’t actually trying to replicate the classic look of the 1948 Tucker 48 (a.k.a. ‘Torpedo’). Instead, it is attempting to reproduce an earlier prototype from 1946 that actually features that weird, trident nose. According to the seller, his uncle built the car as a labor of love and supposedly used actual plans from Tucker as inspiration 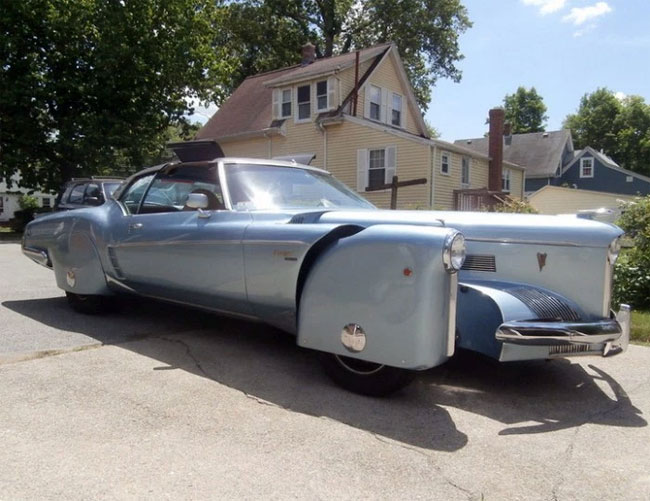 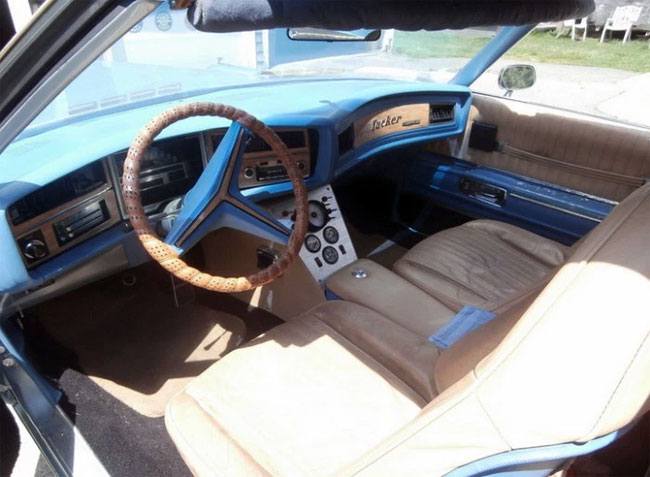 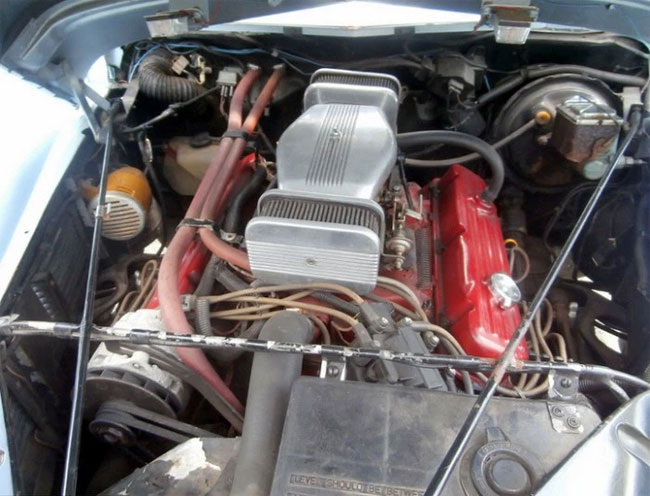 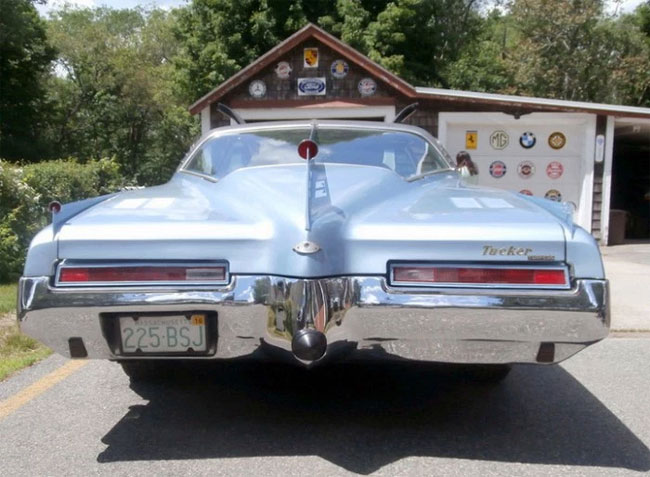 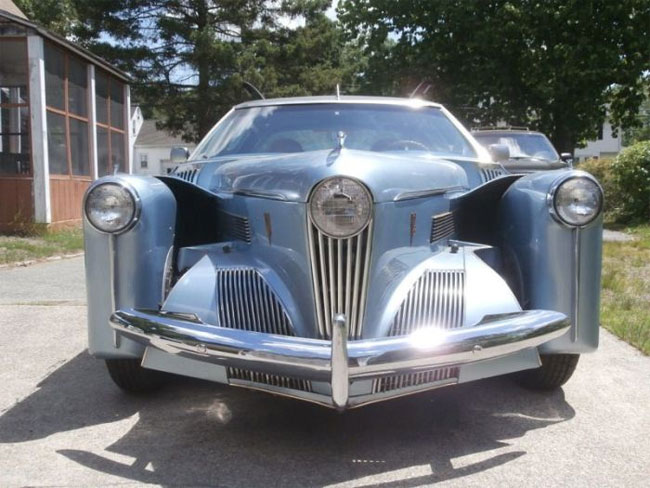 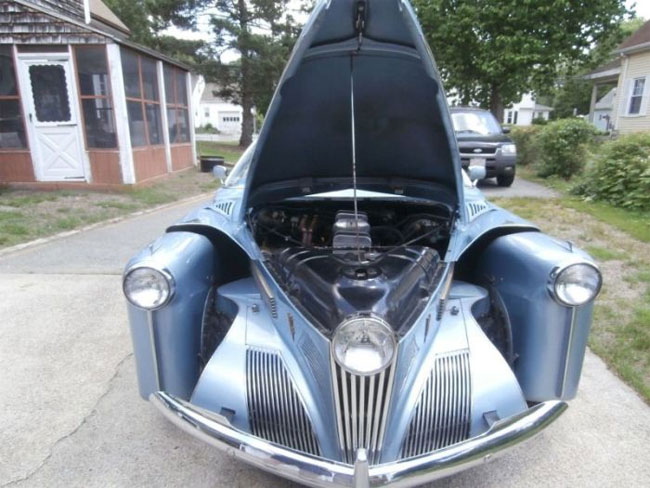 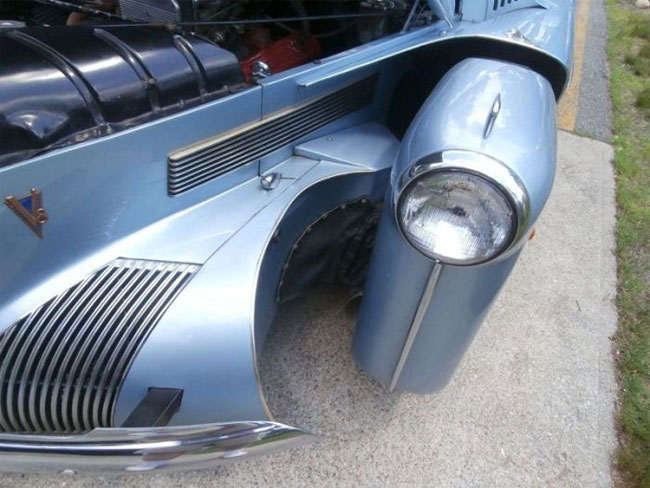 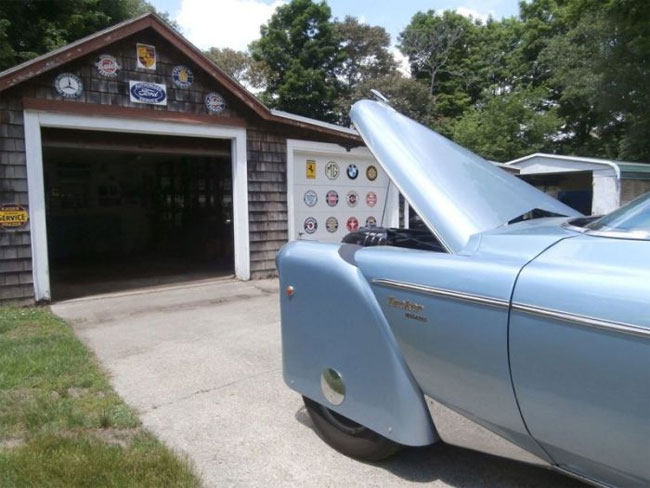 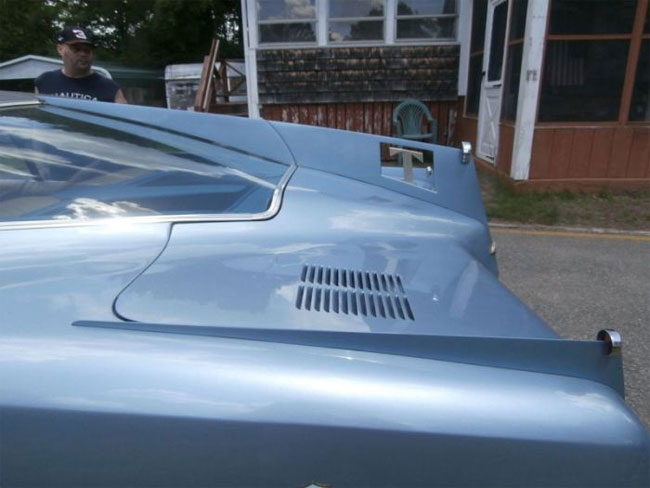 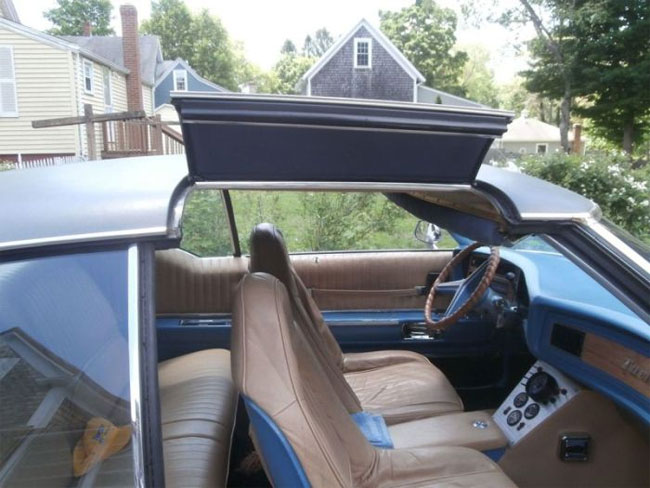 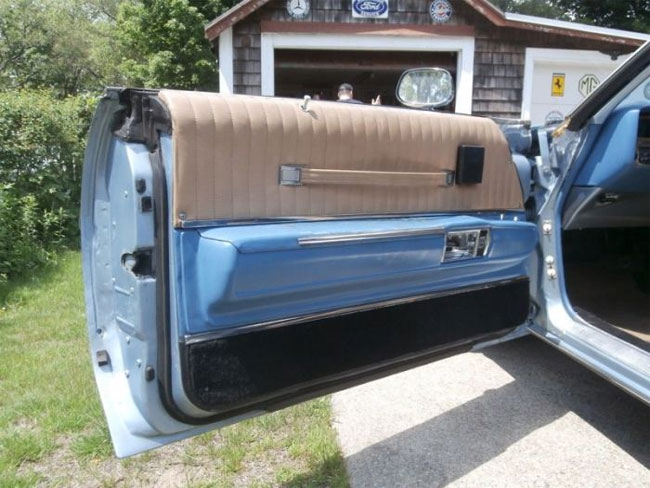 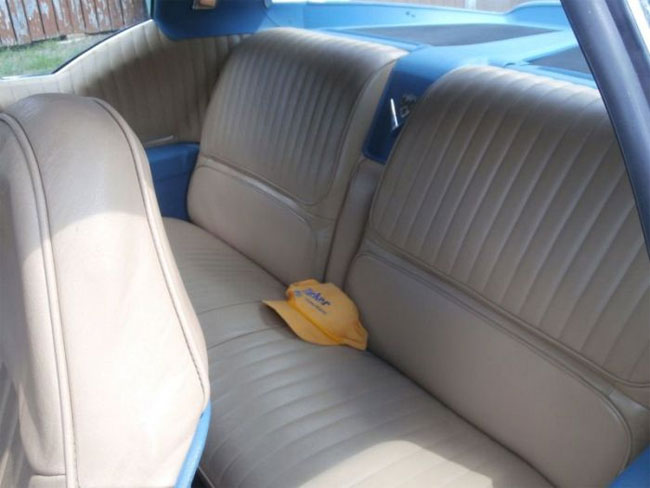 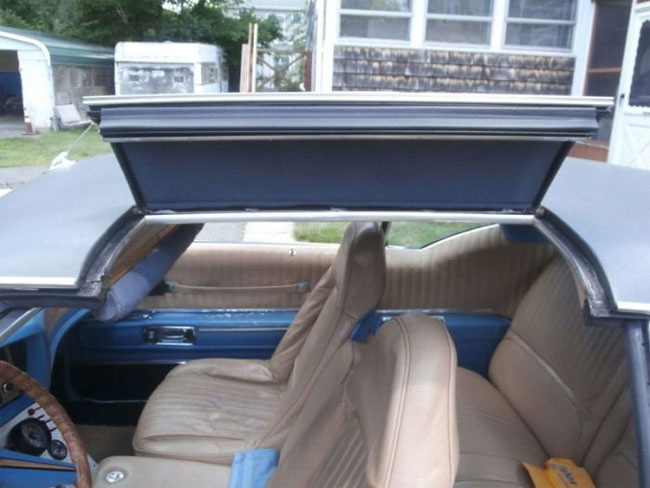 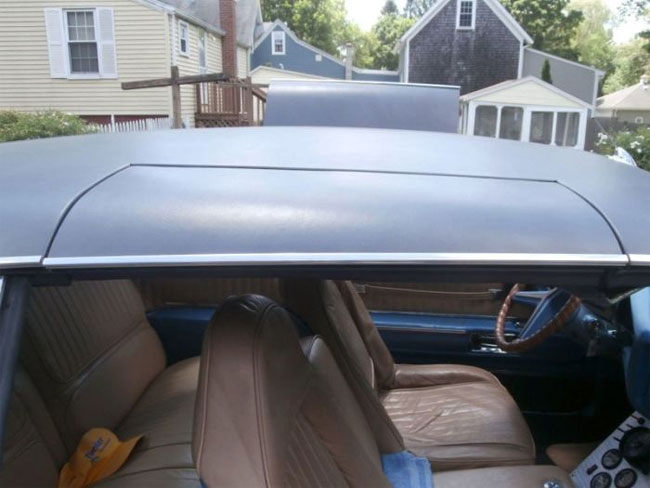 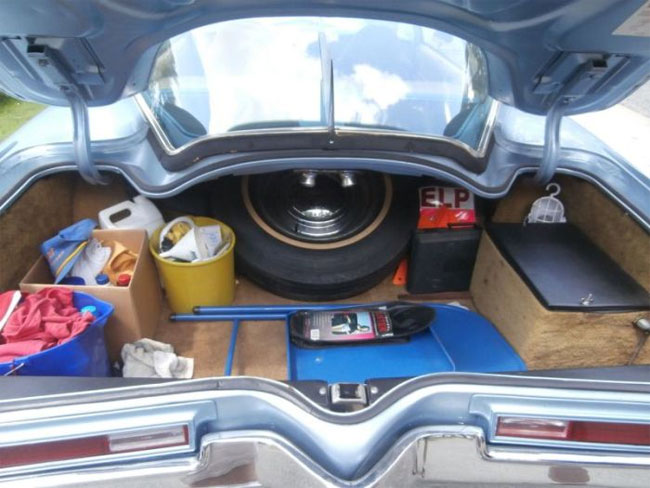 Monster Crane Collapses at National Cathedral
The iCar: Five Apple Products Reimagined As Cars
The Best Photos Of The Spectacular One-Off 1965 Dodge Deora Pickup Truck
Bulgarian Stray Cat Get Bionic Legs
This Guy Used A.I. To See What The Kids Of Famous Ex-Couples Would Have Looked Like
This Supercargo Vehicle Is Something Out Of This World
You'll Be Amazed After Seeing The Classy Interior Of This Rolls-Royce!
Eagles vs Drones: Dutch Police To Take On Rogue Aircraft With Flying Squad
T-Brain by Toyota
Mood Meter Tracks Smiley Tweets and Frowny Tweets
Stunning Photos Show Mercedes-Benz 190 SL's Assembly Line In February 1958
Turanor PlanetSolar: The First Solar-powered Boat
An Apple-Inspired Concept Smart Home Hub That Looks And Feels Like A Cat
Fantastic Minimalist Japanese Cruiser 1989 Nissan Neo-X Concept That Was Ahead Of Its Time
The Wearable Tomato Dispenser – Every Runner's Dream
This Small Artificial Island Is Thought Of As An Oasis Of Relaxation
1981 SAAB 906 Turbo, Sweden’s 6-Wheeled Colossal With Full Variety of Gadgets
Urbanization in Medellin, Colombia
The Ultimate 1980s Barn Find: This Guy Found A Lamborghini Countach Hiding In Grandma’s Garage For 20 Years
Collaborative Cooking Machine
Artist Constructs Impressive Robot Costumes And Wears Them On The Streets Of New York
An Abstracted Lamborghini Is The Basis For The Bizarre-Looking Lo Res Car From United Nude
Supercool Pics Of Bugatti Cars In The 1920s And 1930s
In the Memory of Steve: Photo Tribute
PocketGrow Project
Programmer Recreates Classic Artwork With Thread And A Mathematic Algorithm
Range Rover Driver Slates Dealership By Graffitiing His Own Car With Angry Messages
Concepts From Future Past: Porsche Tapiro
NASA Releases Sharpest Ever Moon Map
Nano Hummingbird
first, prototype, torpedo, tucker