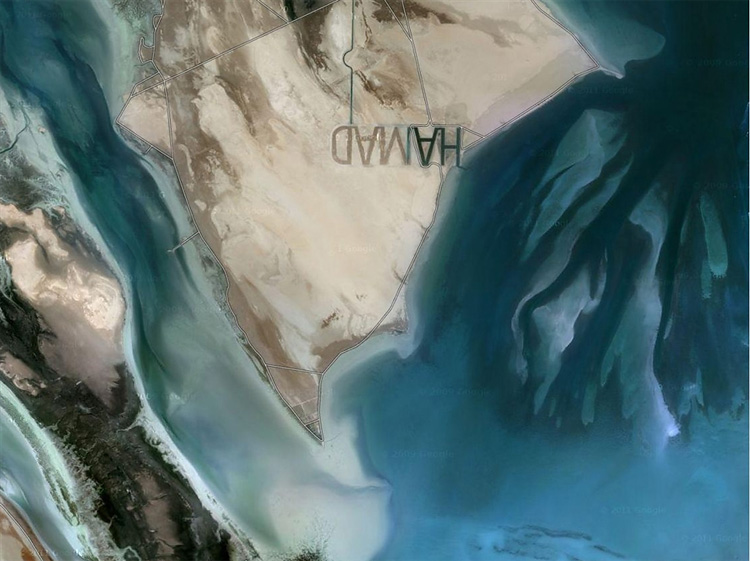 You need about 2 miles of sand to carve your name big enough and a crew of hired hands to dig. But a billionaire sheikh from Abu Dhabi, Hamad bin Hamdan al Nahyan, has done just that. As seen from a satellite in this image taken from Google maps, the name Hamad is clearly seen from space. On Google map. (Google maps / DigitalGlobe / GeoEye)