Escape artist Anthony Martin has survived being handcuffed, locked inside a coffin and then tossed out of an airplane. Mr. Martin pulled off the daring escape overnight in a skydive over Serena, Illinois and told Fox News he was “pretty confident” it was the best escape artist stunt of all times. 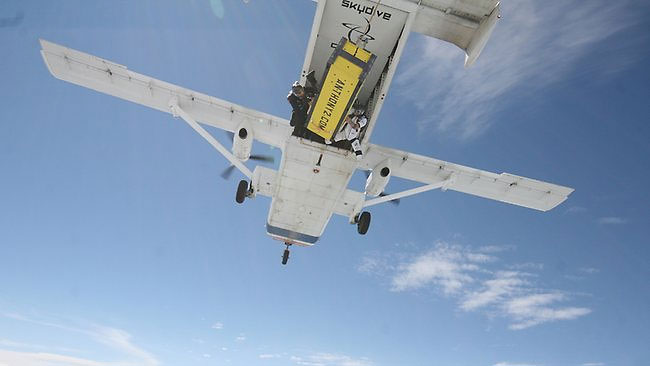 Escape artist Anthony Martin is dropped out of an airplane while handcuffed and locked inside a box. (AP) 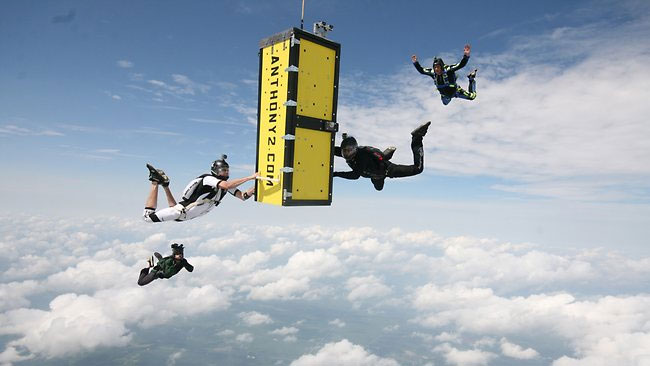 Escape artist Anthony Martin falls while handcuffed and locked inside a box after being dropped from an airplane over Ottawa, Illinois. (AP) 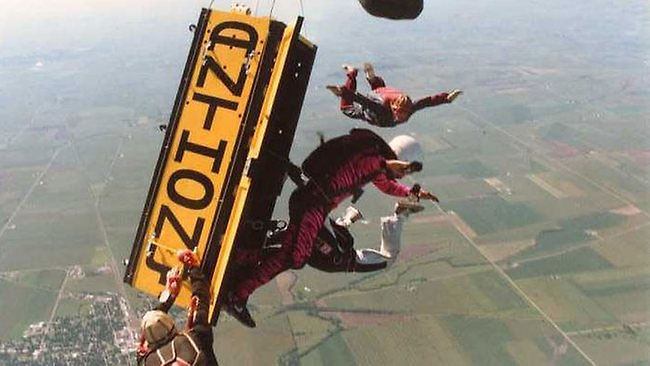 Escape Artist Anthony Martin was handcuffed, chained, locked inside a coffin and then thrown out of an airplane. (Anthony Martin’s website) 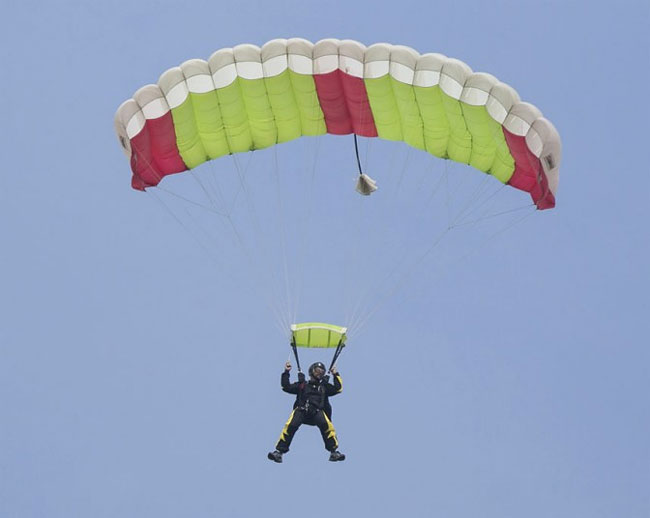 In the second image of three escape artist Anthony Martin glides under his parachute after successfully escaping from his handcuffs and the locked box. (AP Photo/Scott Eisen) 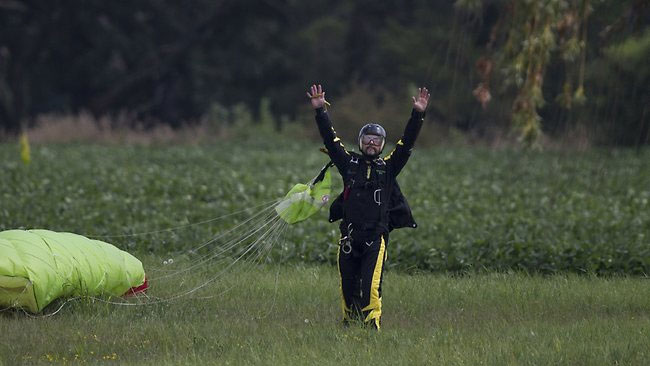 Escape artist Anthony Martin raises his hands in celebration after successfully escaping from handcuffs and a box he was locked in after being dropped from an airplane in Ottawa. (AP) The damaged box after Anthony Martin escaped from it. (AP)

Powerful Portraits Show The Faces Behind The Women’s March On Washington
Artist Maimouna Guerresi Photographs 'Aisha In Wonderland'
Artist Created These Funny Comics After The Sun Blocked His Beautiful Sunset
Greenpeace Action Against Gazprom's Arctic Drilling
An Artist Created A Stunning Mashup Portraits Of Superheroes And Girls
Artist Creates Post-apocalyptic Versions of London, Newcastle and Edinburgh
“In A Parallel Universe”: Artist Exposes Sexism By Switching Up Gender Roles In Old-School Ads
SuperHero Window Cleaning
This Artist Has Created The Most Badass Looking Stationary Inspired By Horror Movies
Breathtaking Minimalist Tattoos By A Korean Artist
An Artist Has Created A Brilliantly Detailed Manhattan Desk That Glow In The Dark
Artist Uses 100,000 Banned Books To Build A Full-Size Parthenon At Historic Nazi Book Burning Site
Kevin Silva has been Collecting Batman Memorabilia Since He was Five
Mouth-Watering Lego Meals Art By Japanese Artist
"Us and Them": The Superb Concept Art Works by Fedor Titov
Artist's 5,000 Lightbulbs Brighten up an English Winter
This Artist Created Cartoons That Are Too Relevant To Anyone Who Likes Alcohol, Sex And Being An Idiot
Female Bodyguards Accept Brutal Training in China
This Artist Creates Striking Photographic Posters Based On The Rooms And Props In Iconic Films
Taking a Bath is so Much More than Just Getting Clean
Tattoo Artist Métamose Creates Visual Poems On Skin
Zombie Shopping Mall Experience
The Tallest Brazilian Teen to Marry
"The Faces Of Fear": The Superb Dark Concept Art By Anthony Jones
anthony, artist, coffin, escape, faces, martin