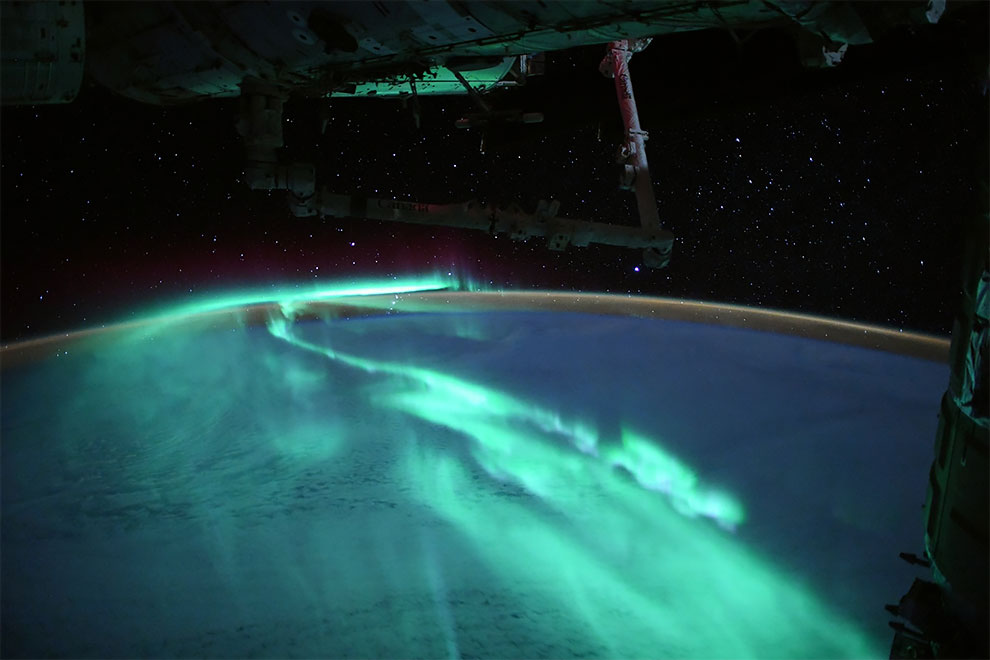 Thomas Pesquet, a French astronaut for the ESA, is currently aboard the International Space Station. He recently shared some breathtaking images of Aurora Astralis (Southern Lights). 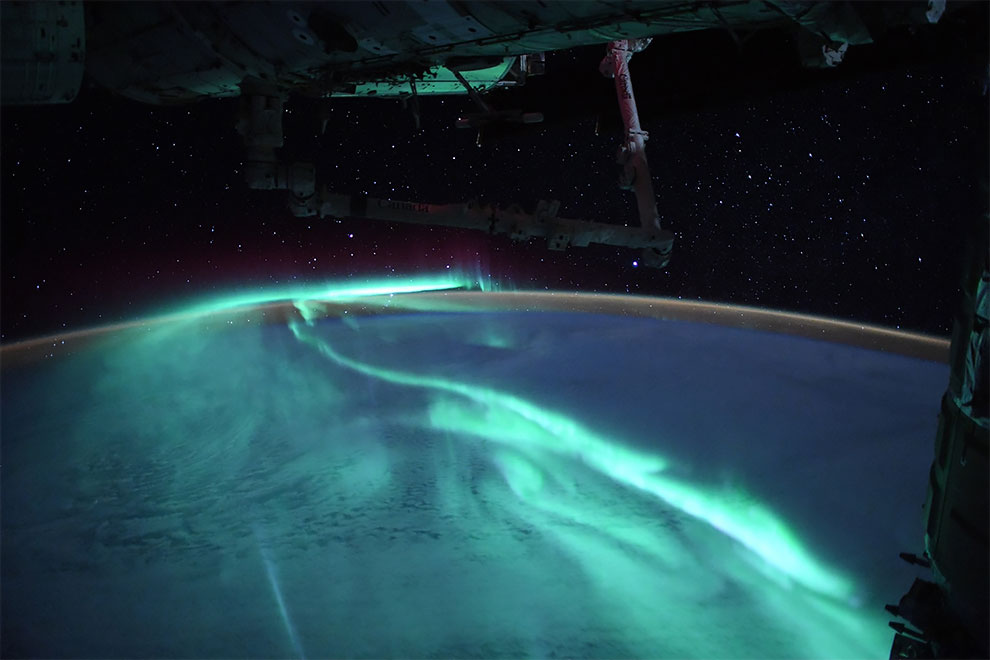 “Another round of auroras🧚🌏 (surely you’re not tired of them yet… are you?) I don’t know why we saw so many in the span of a few days, when I barely saw one during my entire first mission, but these last ones came with something extra. As the Moon was high and bright, it lit up the clouds from above, which created a distinct atmosphere… and almost turned the aurora blue. What’s next, Mother Nature? A yellow one? A giant rainbow?🌈 And no, photo techies, the camera balance was set the same as for previous aurora pictures 🤷‍♂️ An aurora under the full moon, what could be better?” he writes. 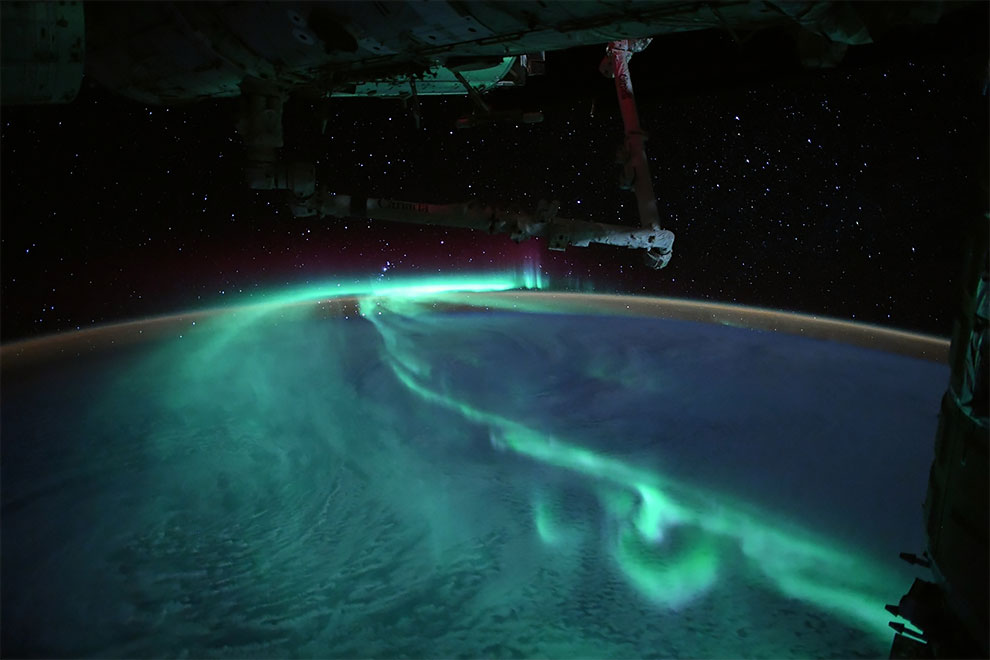 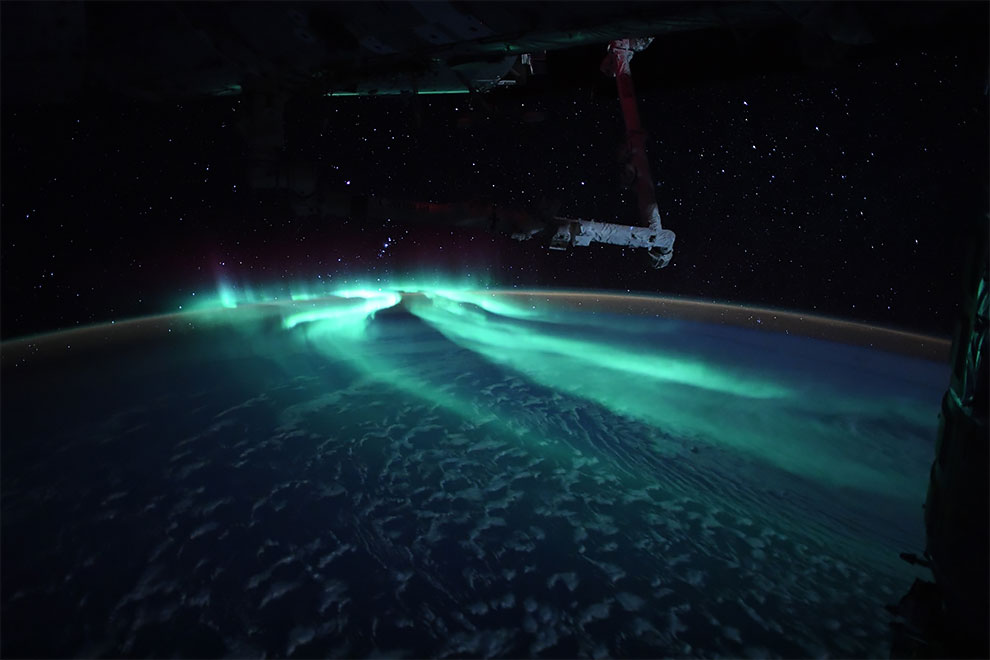 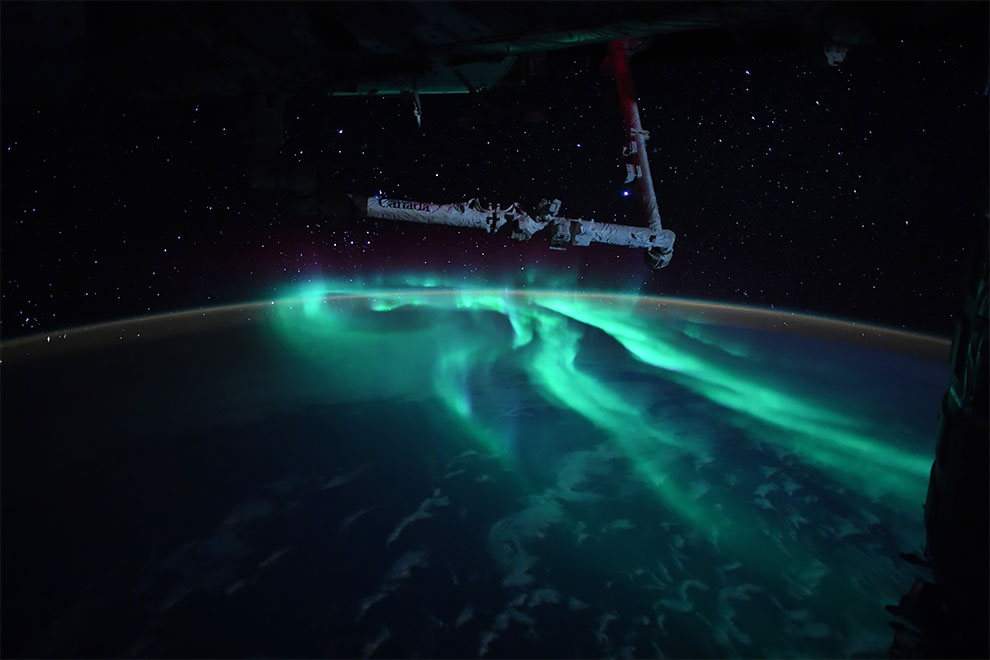 Winners Of The 2017 Underwater Photographer Of The Year
Venice Beach By Dotan Saguy
September 21-22: These Days in Photos from the Past
Fake Family Portraits From the Art World
Artist Cosplays As Well-Known Characters, Celebrities And Paintings
Fantastic Earthscape Views From Above
Red & Foxy: Marvelous Beauty Photography By Kseniya Vetrova
The Best Wedding Photos Of 2018 Show What Happens When You Pay For A Good Photographer
Burnouts by Simon Davidson
World Sports Photography Awards 2021: The Best Sports Photos Captured Over the Past 25 Years
What Does The Ideal Man Look Like? The Answer May Depend On Where You Live
These Ink-Redible, Explosive Masterpieces Are Like Say-What-You See Inkblots Tests Only In Water
Frozen Landscapes Tell A Winter’s Tale In New Photographs By Kilian Schönberger
Fine Art Ballet Photography By Vikki Sloviter
Fight Like A Gentleman: The Art Of Self Defense, ca. 1940s
This Is How A Person’s Appearance Can Change In Just One Day
An Epic Poem, Assembled From Fragments Of Everyday Life In Soviet Lithuania Through The Lens Of Photograher Antanas Sutkus
Meet The NY Taxi Driver Who Moonlighted As A Photographer And Captured His Passengers For 20 Years In Some Very Candid Shots
Extraordinary Vintage Celebrity Portraits Taken By Francesco Scavullo
"Birds Of Britain": Photographer John d Green Captured The Beauties Of London In 'Swinging Sixties'
"Hong Kong On Fire": Local Photographer Captured Stunning Images Of The Days In Fight For Civil Rights
Two Girls Revisit Famous Film Locations
Surreal Self-Portrait Photo Manipulations By Annegien Schilling
Spectacular Winning Images of The Bird Photographer of the Year 2021
Kylie Minogue for Glamour UK, July 2012
Stunning Colorized Photos Of Legendary Soviet Female Snipers From WWII, Including One Dubbed 'Lady Death' Who Killed 309 Nazis
Sama-Sama: A Malaysian Portraiture
Photographer Visits Famous Movie Scene Locations In Real Life
Talking Barnacles
The Amazingly Detailed Living Pictures That Show How Scenes Throughout History May Really Have Looked
astronaut, astronomy, lights, southern, space, Thomas Pesquet