Photo of the Day: Cats of War 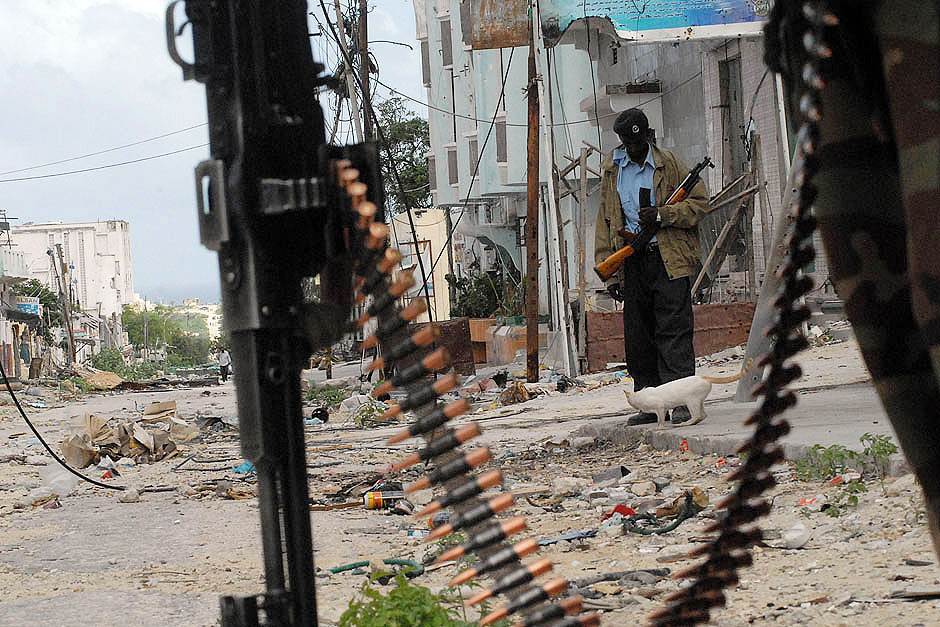 A Somali government soldiers mans a position inside Bakara market on August 8, 2011. Residents of Somalia’s war-torn capital fled fighting Monday after remnants of extremist Shebab rebel forces, who pulled out of Mogadishu at the weekend, battled with government troops overnight. The Al-Qaeda-affiliated rebels – who had controlled around half of Mogadishu – abandoned their positions in a surprise withdrawal on Saturday. Fighting late on Sunday took place in several locations in the south and north of the city, as African Union-backed government troops set up bases in former Shebab strongholds. (MUSTAFA ABDI/AFP/Getty Images) Click image to zoom.