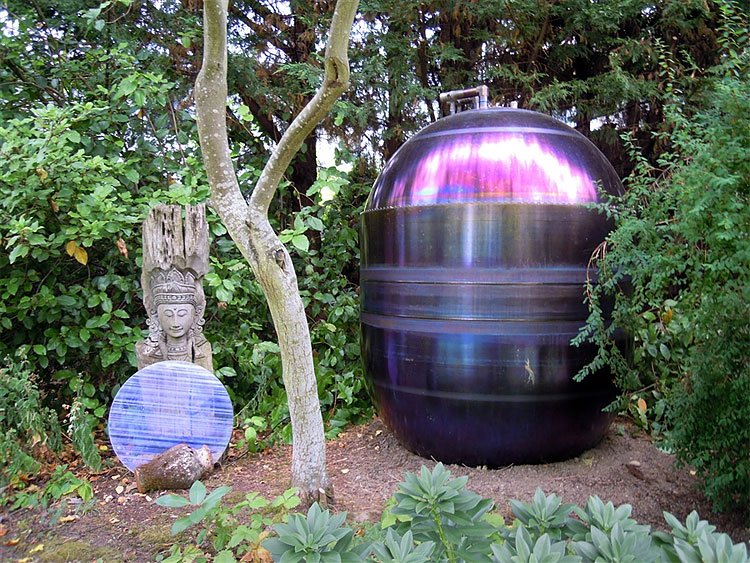 An Apollo lunar module propellant tank sits on display in Dale Cox III’s Seattle-area backyard, alongside a more traditional sculpture. The tank might have been sent to the moon if NASA went ahead with Apollo 18, 19 and 20, as originally planned. Instead, it’s been turned into an art installation. (Alan Boyle / msnbc.com) 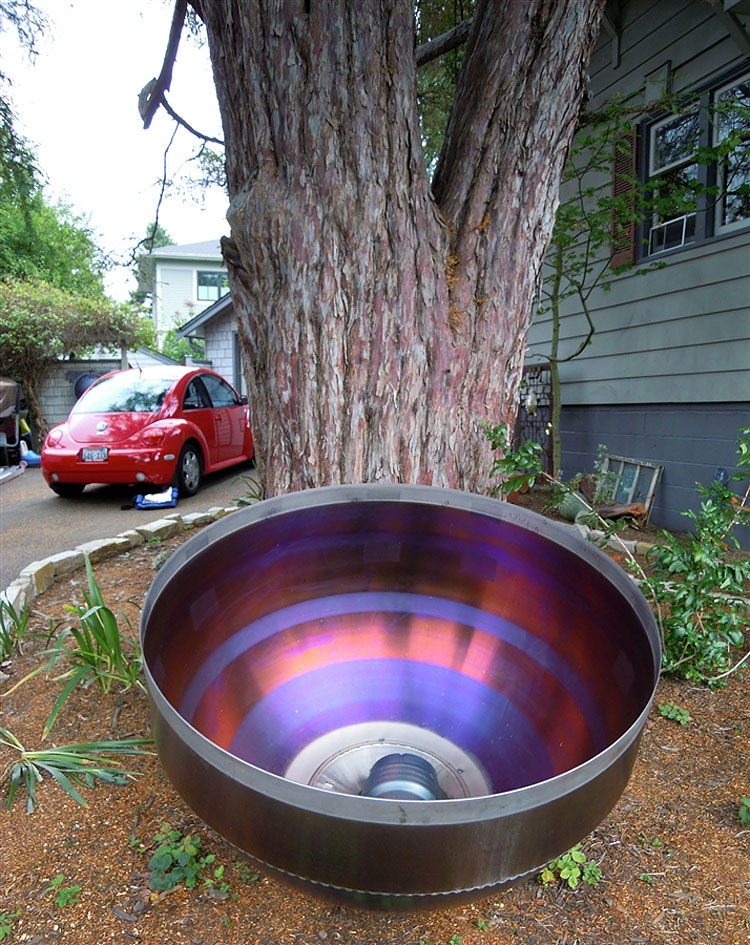 Half of a titanium tank that was once destined to go inside a lunar module now sits beside a 600-year-old yew tree in the front yard of Dale Cox III’s house. (Alan Boyle / msnbc.com) 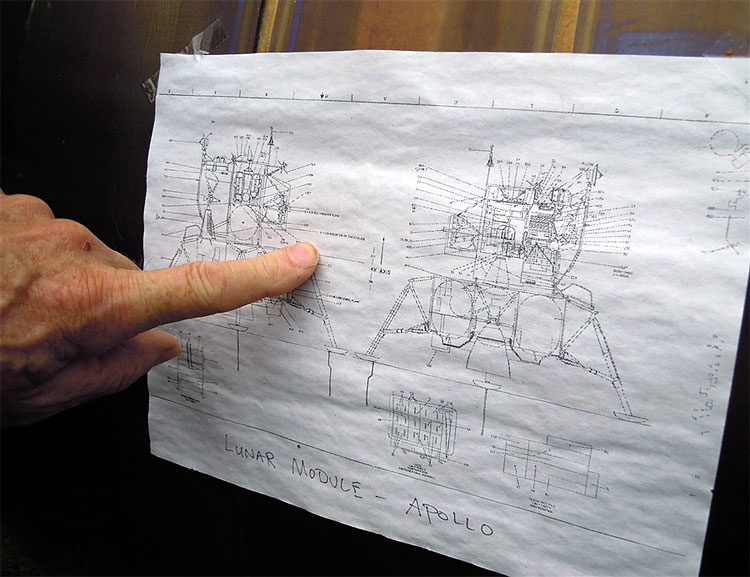 Dale Cox III points to the area on NASA’s Apollo lunar module where one of the titanium tanks would have been installed. The diagram is taped to the tank itself, sitting in Cox’s backyard. (Alan Boyle / msnbc.com) 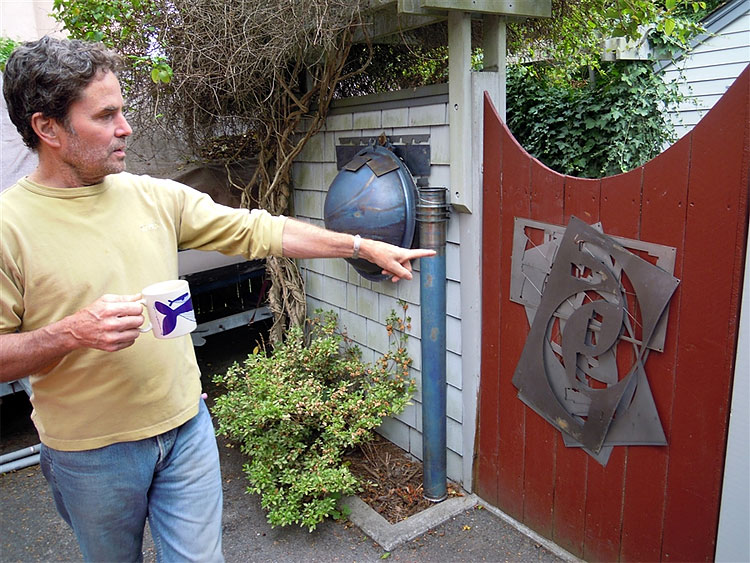 Dale Cox III points to sheets of titanium with pieces cut out, cookie-cutter-style. The cut-out pieces were used in hardware construction. The leftovers were assembled into an abstract gate ornament. The half-moon hanging to the right is part of a titanium tank, artistically embellished with additional squares of metal. A blue-colored fuel line, also made of titanium, rises from the ground. (Alan Boyle / msnbc.com)

A Wind Turbine is Illuminated in an Installation by French Artist Patrick Raynaud
One man, 100,000 toothpicks, and 35 years: An incredible kinetic sculpture of San Francisco
This Spectacular Image Of The Moon's Surface Is The Combination of 100,000 Photos
Great Masters Having Great Times: Miniature Art Of Lorenzo Castellini
Seven Spires
Hitler's Hidden Paintings Found in Small Czech Town
Artist Imitators Thrive in China's Famous Oil Painting Village
Collages from US Dollars
Tiny Star Wars Terrariums Bring Far Away Galaxies Into Your Home
A Giant Rabbit by Florentijn Hofman
The Cocoon Light Structures
What is the WEEE Man and What does He Represent?
Jennifer Lawrence as Katniss Custom Doll Repaint by Noel Cruz
Tiger and Turtle
Old Farm Equipment And Scrap Metal Turned Into Stunning Sculptures
"Mercury Ahead!": The BepiColombo Mission Has Captured Its First Views of Planet Mercury
Surface View: A Wallcovering with a Difference
Saatchi Collection
Jump for My Love
Toffee Sculptures by Skye Kelly
Giant Globe Made From Matches By Andy Yoder
Song Dong's Waste Not at the Barbican
This Photographer Transformed Kids Into 'Justice League' Characters, & It's The Best Thing You Will See Today
Art of Downsizing
hardware, space, transformed