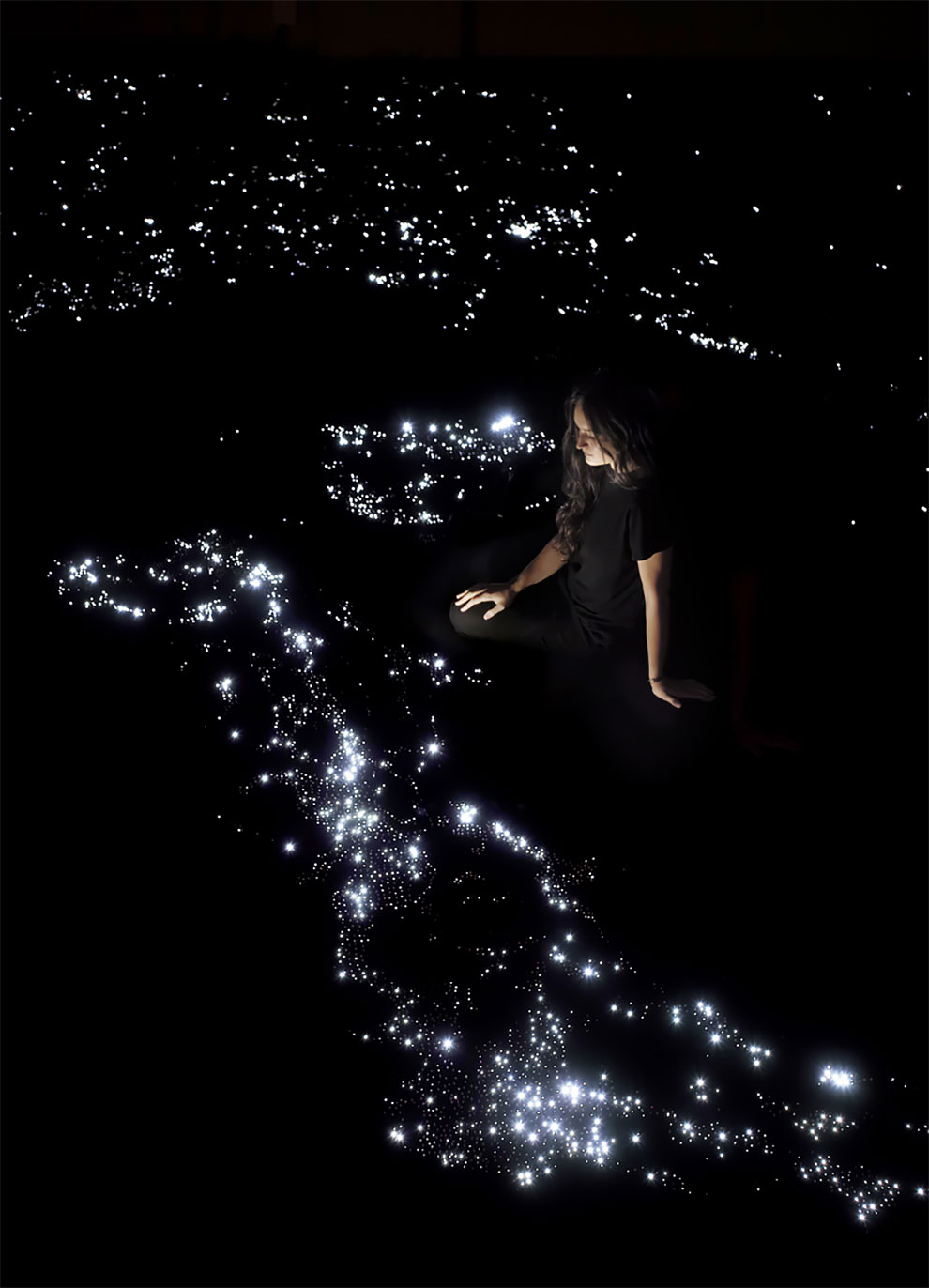 It’s ironic how the rise in technology, which was thought to destroy borders and bring people closer, has coincided with a rise in xenophobia and isolationism. But it’s worth remembering the famous words of Japanese astronaut Mamoru Mohri: “I could see no border on earth from space.” Inspired by this illuminating thought, Japanese designer Eisuke Tachikawa (Nosigner) wants to show us what Mohri saw through an immersive, technological art installation. 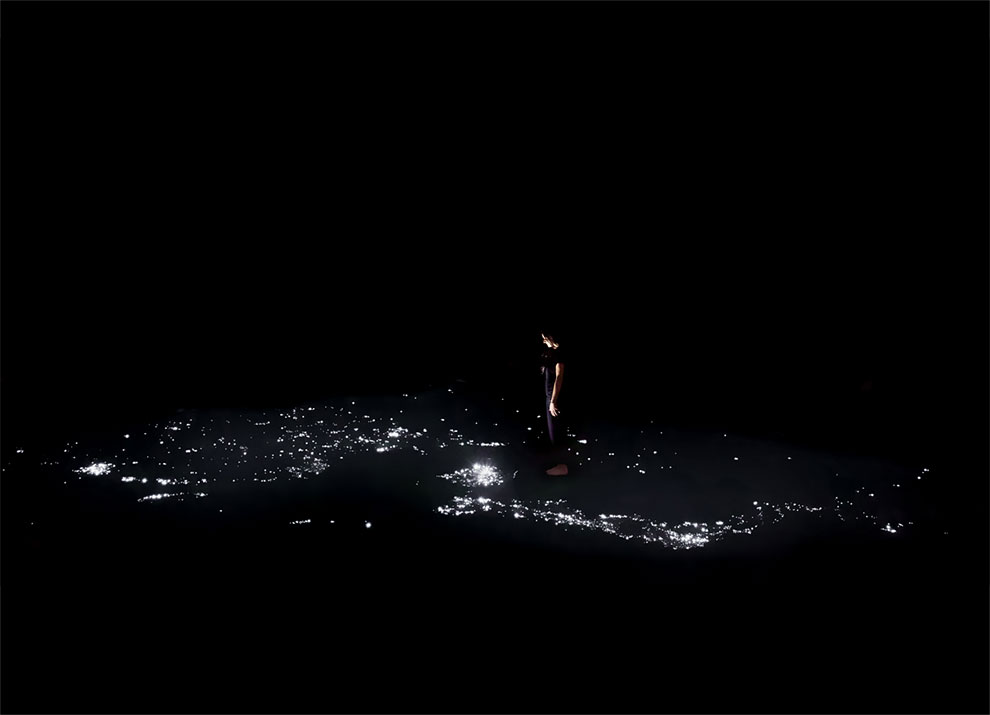 “Space Space” is an installation recreating a night view of the earth from space using an LED system. A view of earth from 3,000km (1864 mi) encompasses visitors as the walk on a transparent platform. 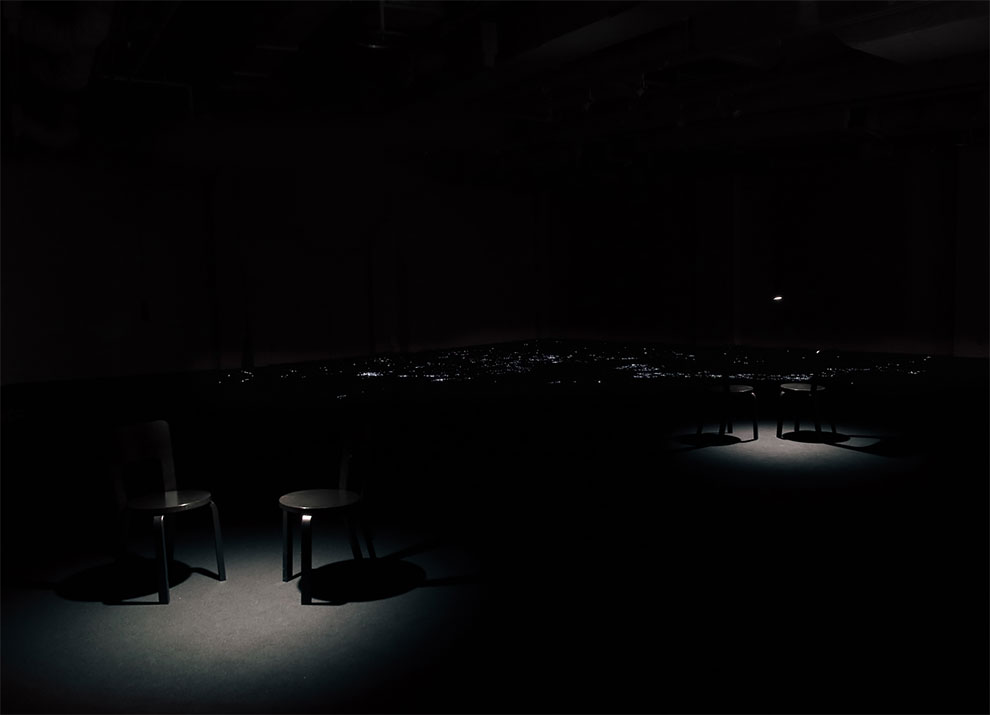 Pictured here is an installation of Japan and Asia, which was installed as part of the Yokohama Triennial in 2014. However, propelled by recent rising tensions over a border wall in North America, Eisuke Tachikawa has recently launched a campaign to recreate his installation in Yokohama which will portray North America from space. 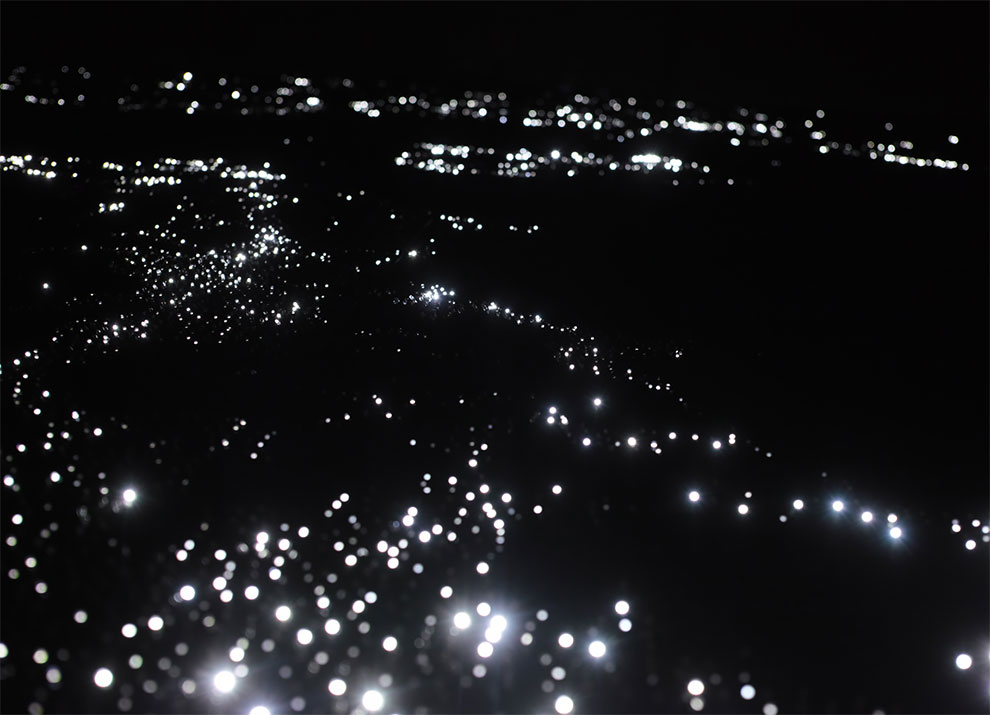 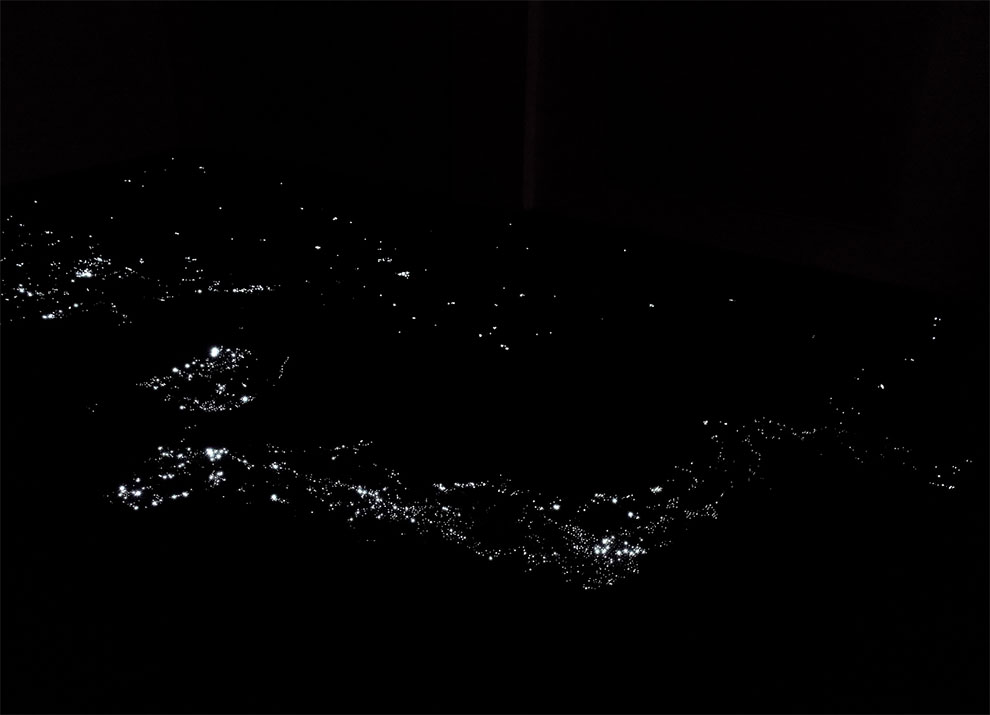 “Many astronauts around the world testified that they changed their perception of the world significantly, released from various fixed ideas, after seeing the earth from outer space. For example, Japanese astronaut Mouri Mi said “From the universe, I could not see the border line”. Although it may not be easy to go to space, it may be possible to reproduce such experiences. Therefore, we decided to precisely reproduce the night view of the Earth from 3000 km above the sky using tens of thousands of light sources.” 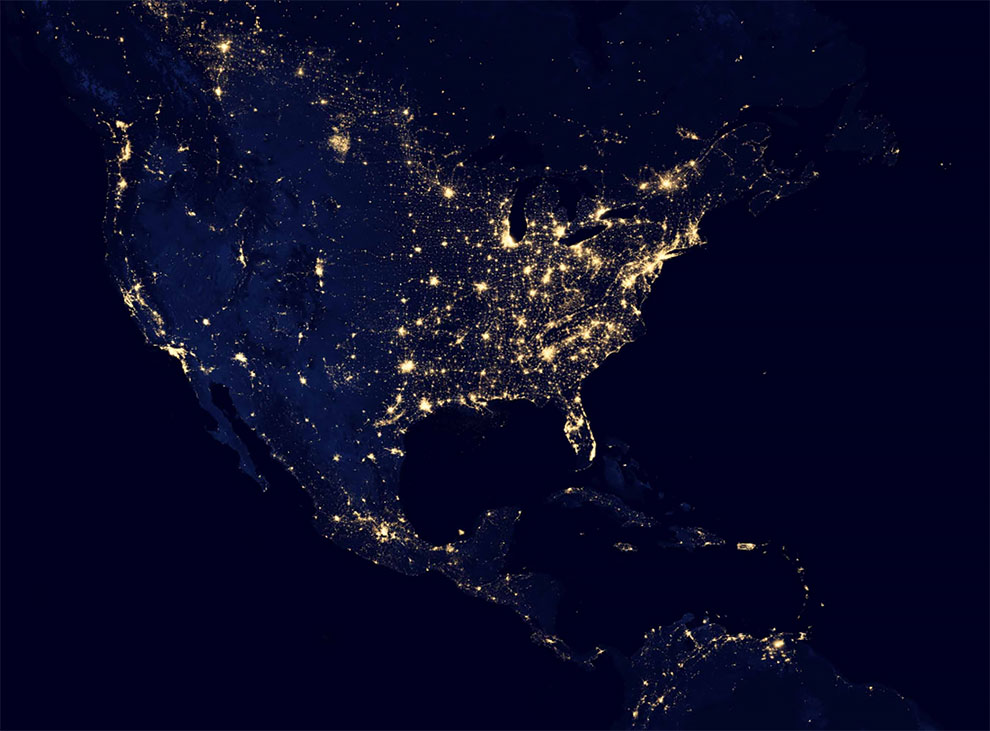 Japanese Artist’s Charcoal Skulls Are Perfect For A Macabre Barbecue
These Animal Constellation Cookies Are Out Of This World
These Candles Have a Human Figure that Appears to Be Meditating
Whoo Could Resist This Cuddly Crochet Owl Blanket?
This Public Seating Installation Was Inspired By Snowbanks That Gather Around Trees And Street Lights
Artist Blank William Creates Incredible Wild Animal Stormtrooper Helmets
Beautiful New Zealand: Earth’s Mythical Islands
Makeup Artist Transforms Her Eyelids Into Two Gorgeous Shimmering Sunset
These Gross, Weirdly Beautiful “Pollution Popsicles” Are Made From 100% Pure Sewage
See Inside a 1926 Rolls-Royce Phantom, the Most Expensive Rolls-Royce Ever Made
Norwegian Artist Damselfrau Creates Otherworldly Masks From Recycled Materials
Cosplay Artist Creates Shoes And Boots In The Shape Of Animal Hooves
Adhesive Bras: The Stick-On Bra Swimsuit that Was Quite Distinctive in 1949
Anonymouse Are Opening Tiny Amousement Park For Mice In Malmö, Sweden
Banksy Designs New Souvenirs For Hotel With The ‘Worst View In The World’
Ombre Tights Hand-Dyed By Tiffany Ju
A Chair With An Integrated Running Wheel Was Invented For Cat Lovers
Japanese Artist Creates the Most Amazing Wood Sculptures You’ll Ever See
Twin Girls Have Awesome Twin Cosplays Featuring Creepy And Cool Anime, Movie, And TV Characters
Memory Veil: 10,000 Strands Of Red String Beads Art Installation
Hilariously Bad Bootleg Toys
Stunning Underwater Scultpures Near Maldives By Jason deCaires Taylor
Masterfully Designed LEGO Animals By Felix Jaensch
This Artist Removes The Make-Up From Dolls And Turns Them Into Inspiring Real-Life Women
above, earth, immersive, installation, space