US non-profit organization Lava Mae is transforming old city buses into mobile bathrooms to give showers to around 200 homeless people in San Francisco every week. Lava Mae, which roughly translates as Spanish for “wash me,” has installed ‘hygiene pods’ with showers, toilets, sinks and hair dryers in the decommissioned buses.

They park near homeless shelters, channel water from fire hydrants through their on-board water heaters and offer people a chance to scrub up. 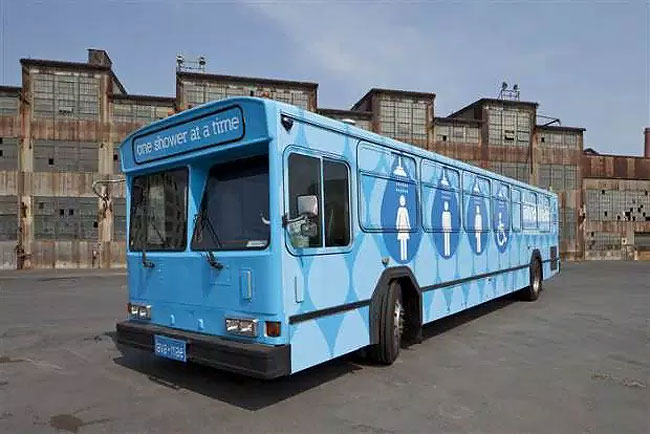 Founder Doniece Sandoval was inspired to create the service after passing a homeless woman in San Francisco repeating to herself, “I can’t get clean.” 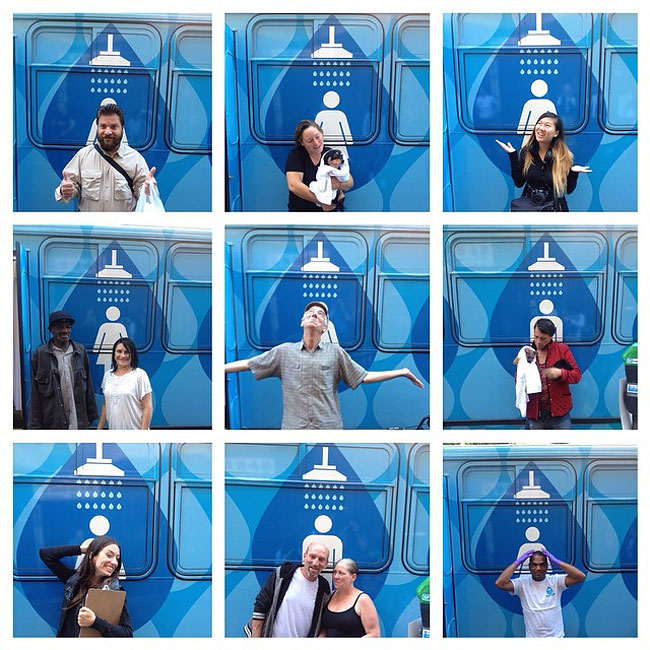 Doniece researched public shower facilities in the city and found just 16 for the estimated 3,500 people sleeping rough each night. 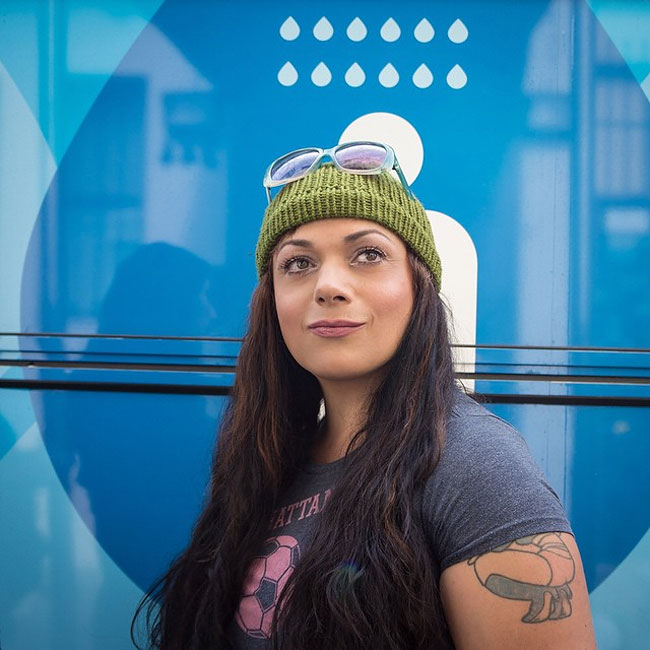 She then challenged herself to go one week without a shower to really empathize with how homeless people felt. 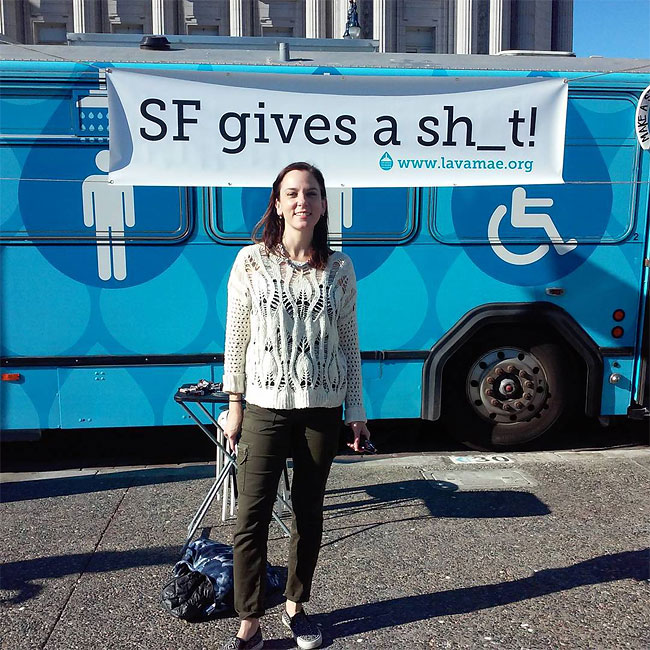 She told TODAY, “It gave me a sole sense of how hard and demoralizing it is to be dirty.” 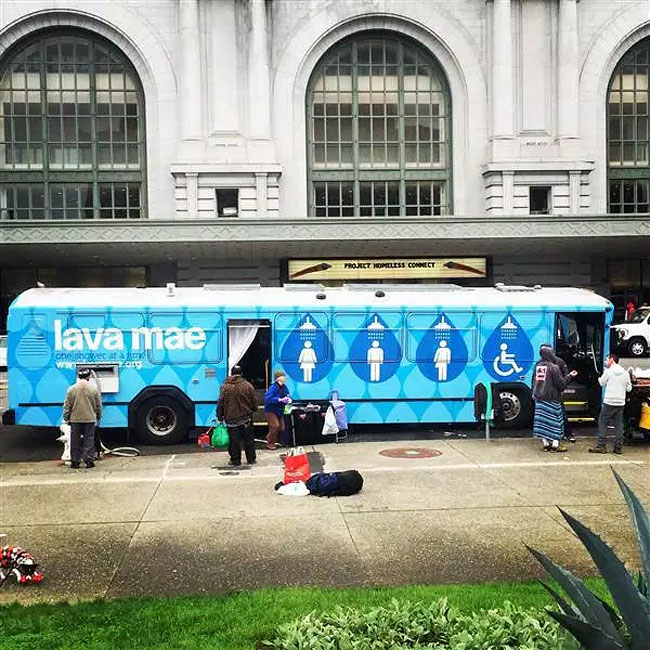 She added, “You can’t overcome adversity if you don’t have dignity and a sense of self.” 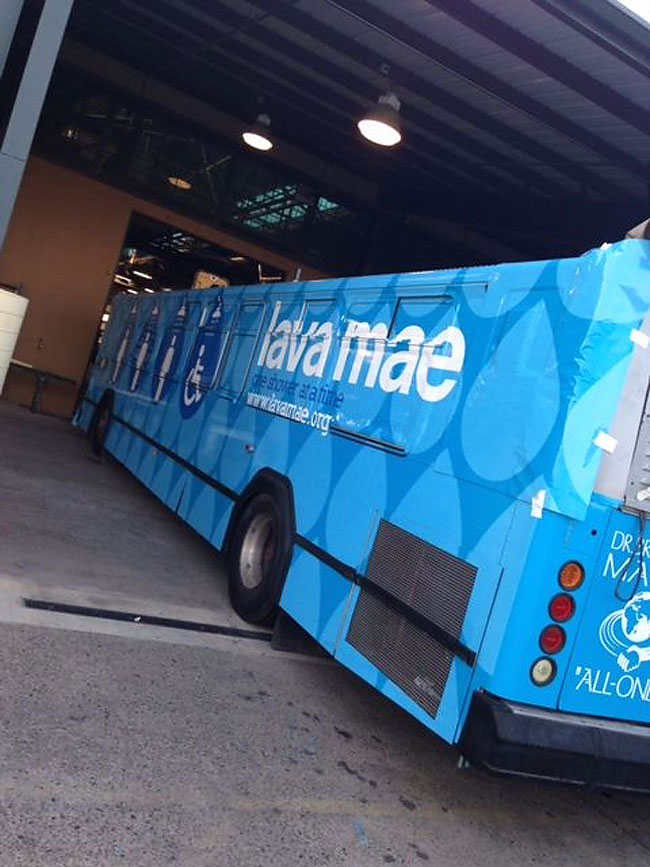 “I started to ask myself, if you can put gourmet food on wheels and take it anywhere, why not have mobile showers and toilets?” 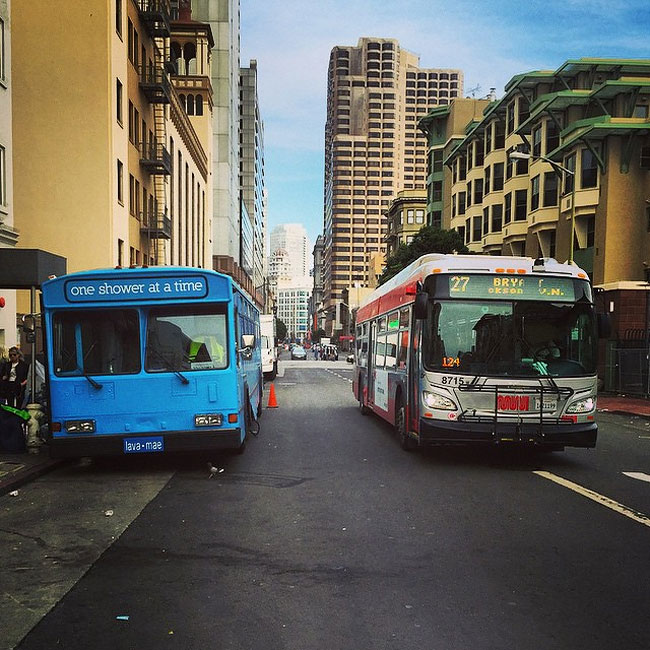 Bobby, who uses Lava Mae’s service regularly, said in a video, “It was clean, it was quiet, it was personal. People were courteous, they were kind, and I feel brand new.”

Lava Mae currently have two buses donated by the city with a third on the way in 2016. They hope to create a way for others to mimic their success, says Doniece: “What we need to do is create an 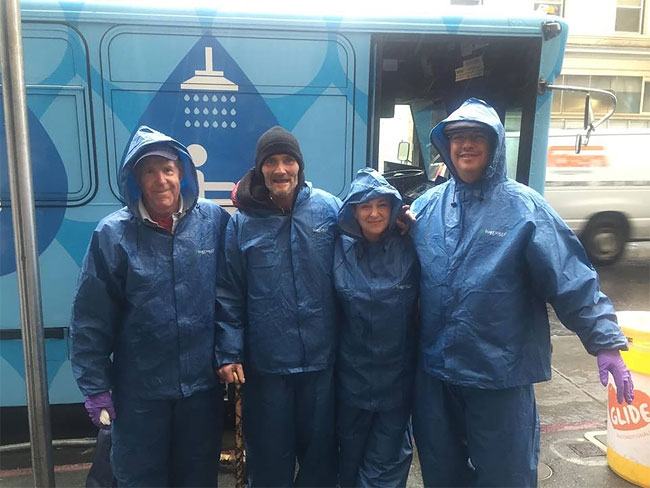 open-source toolkit for people to follow what we do A-Z.” 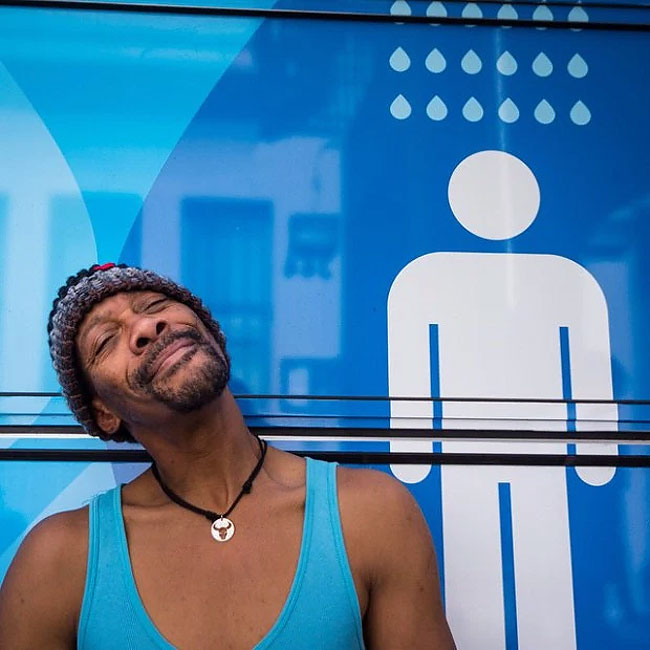 “If we can minimize the amount of time people have to run from place to place to get essential services, we’ll be able to help the problem better.”

20 Genius Church Signs That Will Make You Laugh And Think
People In Japan Are Turning Vibrant Foliage Into Stunning “Fallen Leaf Art”
This Artist Draws Using Only Letters and Numbers on Old Typewriters
How Medieval Artists Saw Elephants: Claws, Hooves, Trunks Like Trumpets, And Castles On Their Backs
Coco Rocha By Craig McDean
The Soft, Romantic Illustrations Of Mateja Kovač
This Guy Creates Mystical Sculptures Using Wire, Rocks And Crystals
Artist Drew Cats Working From Home During The Covid Pandemic Quarantine
Keep Your Smartphone Charged with The PowerBar
When Baroque Has Modern Accents In Amazing Paintings By Kathy Ager
"Unnatural History": Pop Culture Icons Undergo Taxonomic Studies With Vintage-Style Illustrations
Artist Imagines How Pop Culture Characters Would Look If They Were Saints
"Atlas Obscura": The Magnificent Illustration Work Of Artist Kevin Hong
LoveStore: Erotic Accessories Advertisements
In Italy, McDonald’s Has Unveiled A Nutella Burger
Ironic Caricatures About The Modern World That Will Leave A Bitter Aftertaste
Casetagram - Customized iPhone 5 Case + Free Global Shipping
Recognizable Characters Recreated By A Korean Artist In Her Own Style
Elegant Figures and Faces of Dancers Emerge from Intricately Folded Sheets of Fabric
Company Asks 100 People To Draw 10 Car Logos From Memory, Receives Hilarious Results
These Ridiculous Propaganda Postcards Warn Men About The Dangers Of Women’s Rights From The Early 20th Century
Guy Meets Doppelganger When He’s Randomly Seated Next To Him On Ryanair Flight
Ohkii’s Studio Warm Illustrations
Artist Uses Layers Of Paint And Digital Art To Create Mesmerizing Paintings
Kurdish Dandies Start Iraq’s First Fashion Club
"Salt In Your Wounds": The Astonishing Fantasy Works Of Zeen Chin
Canadian Artist David Huynh Used the Logos from Famous Companies to Depict His Own Perspective of Those Companies
Artist Paints Stunningly Realistic Portraits on His Hand and Stamps Them on Paper
A Plague Of Dragons: The Superb Fantasy Artworks By Justin Gerard
The Best Signs From The Climate Change Rallies Around The World
buses, francisco, homeless, showers, transformed, wheels