A look at the work of private space companies that will attempt to fill the hole left by the end of NASA’s shuttle program. 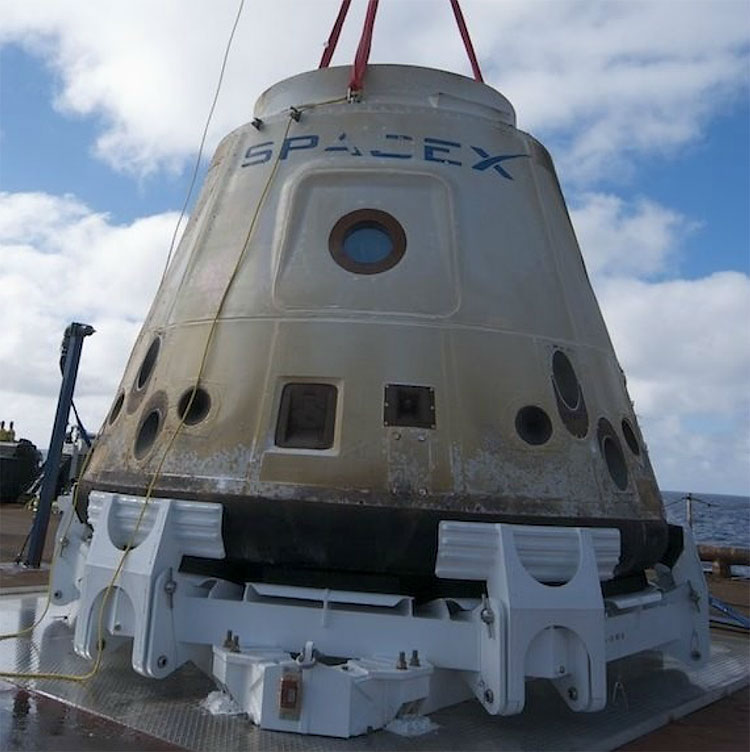 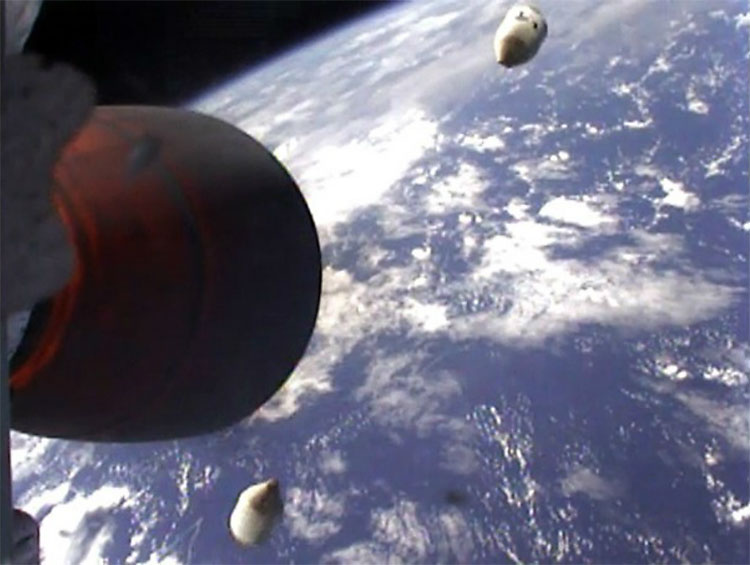 As SpaceX’s Falcon 1 launch vehicle makes its way into space’s vacuum, the halves of its nose cone fall off, no longer needed to provide streamlining for the vehicle. (SpaceX) 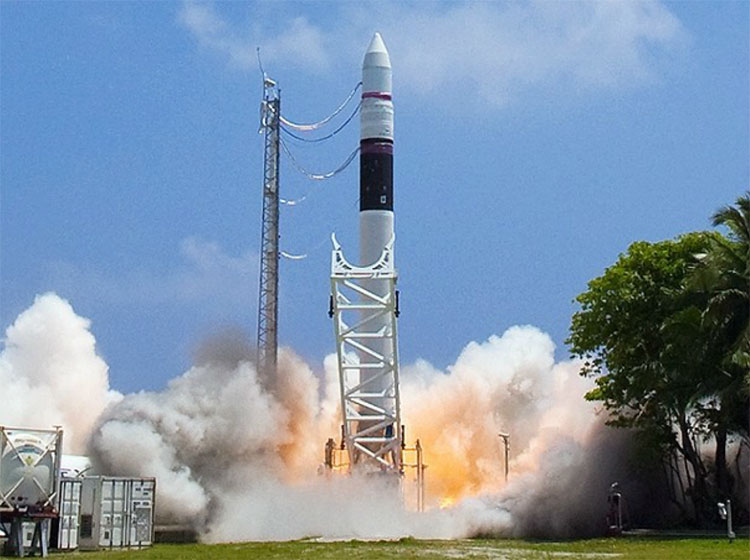 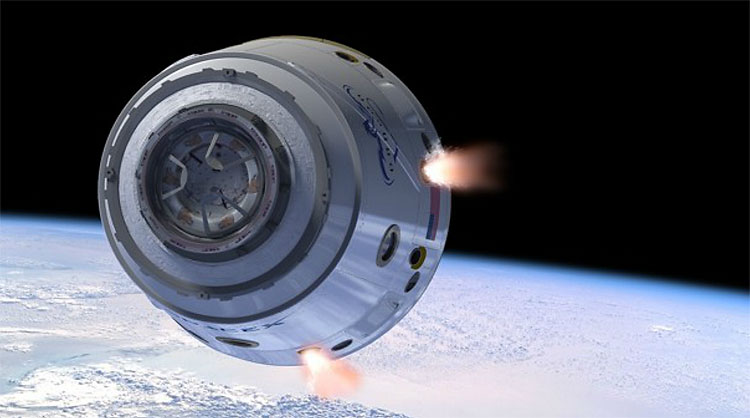 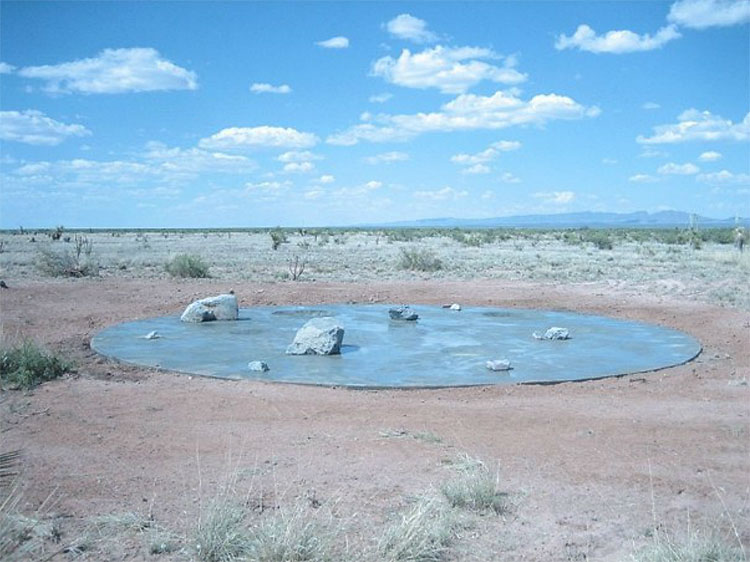 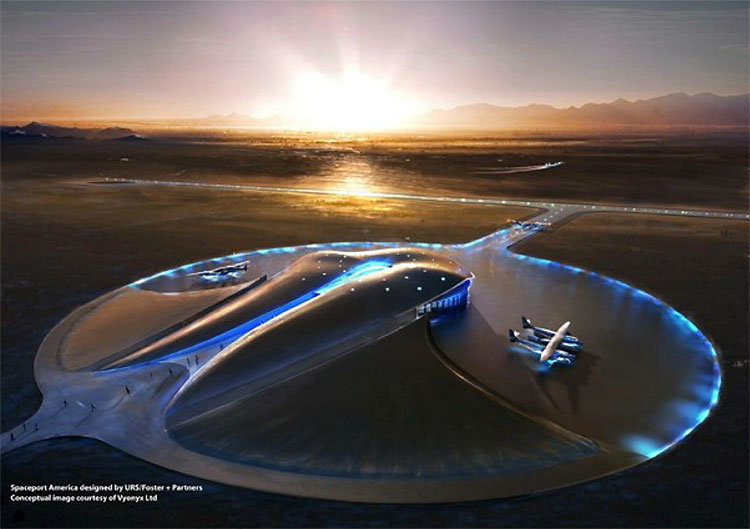 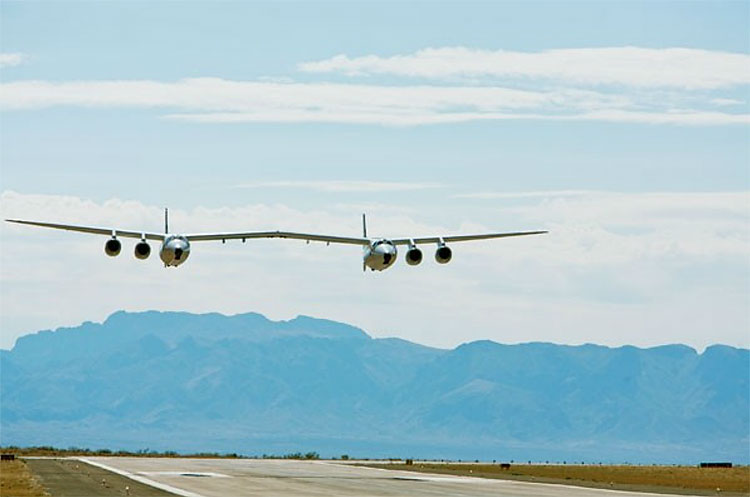 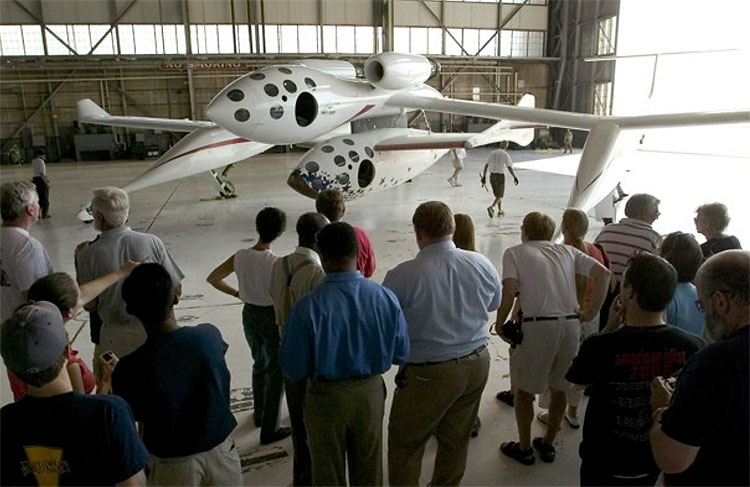 Spectators at Wright-Patterson Air Force Base view SpaceShipOne, bottom, and its carrier White Knight inside a hangar after its arrival in July 2005. (Ty Greenlees/Dayton Daily News) 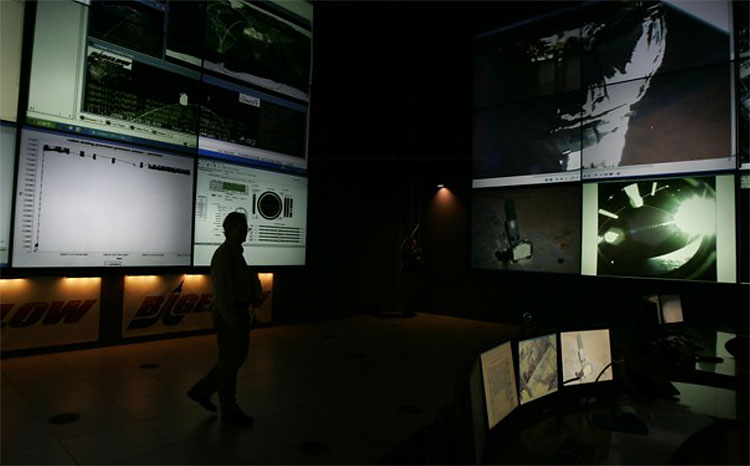 A visitor walks past giant monitors in the mission control center at Bigelow Aerospace in Las Vegas in July 2006. On July 12, the private company successfully launched the Genesis 1 inflatable experimental spacecraft into orbit. (Laura Rauch / AP) 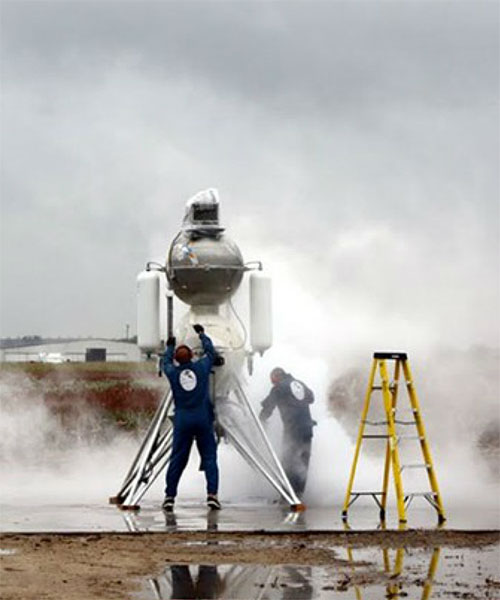 This image provided by the X Prize Foundation shows a rocket built by Armadillo Aerospace fueling up in the Northrop Grumman Lunar Lander Challenge at Caddo Mills, Tex., in September 2009. The rocket qualified for a $1 million prize with flights from a launch pad to a landing pad with a simulated lunar surface and then back to the starting point. The craft had to rise to a certain height and stay aloft for 180 seconds on each flight. The challenge was funded by NASA and presented by the X Prize Foundation. (William Pomerantz / AP) 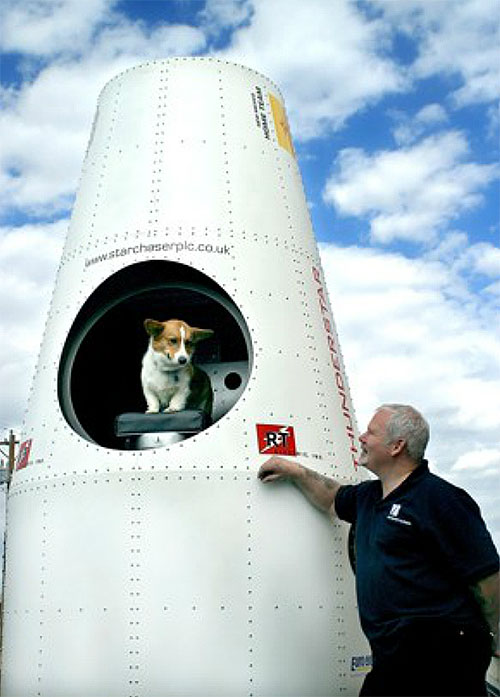 George sits in one of three passenger seats aboard the craft Thunderstar designed and built by Steve Bennett, the chief executive of Starchaser Industries, in Las Cruces, N.M. The craft was on display for the 2006 X Prize competition. (Shari Vialpando / AP)