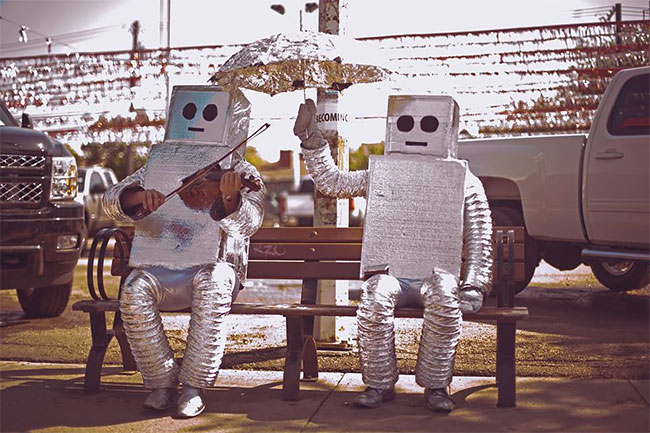 The video, shot by YouTube member Paul Moran who came across the spectacle while walking down Whyte Avenue, shows a group of robot musicians called N3K Trio playing the music of Daft Punk, complete with happy robot dancers. 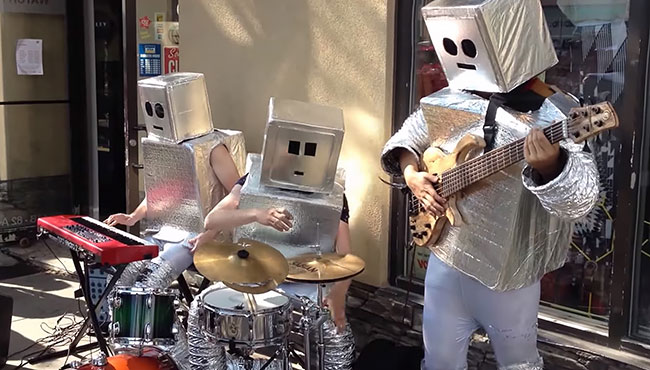 Moran described the performance on YouTube as a “casual robot invasion,” with the group performing Daft Punk’s Giorgio by Moroder and Get Lucky. 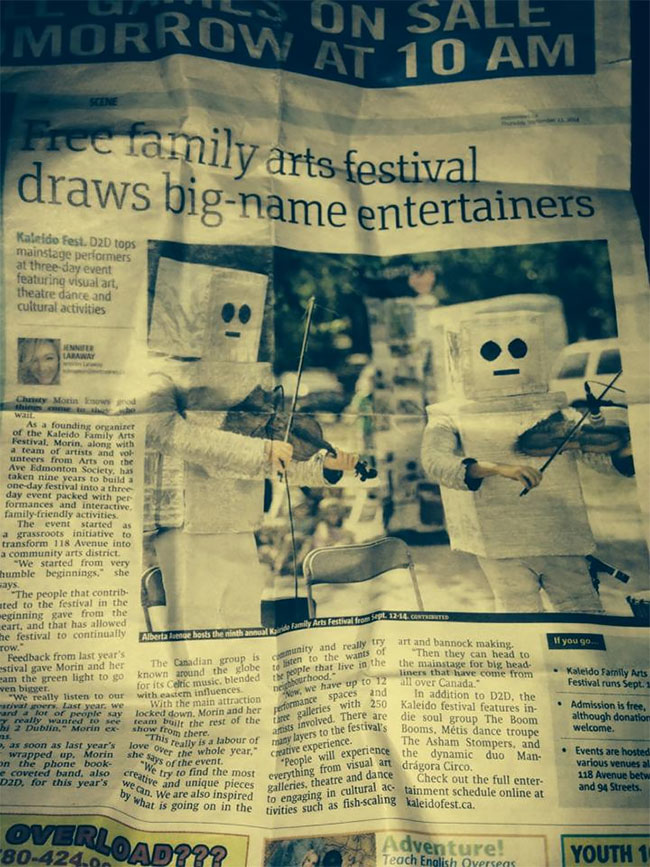 A comment on the video by art project Robot World, which organized the event, says the hour-long performance was one of several acts put on by the project. 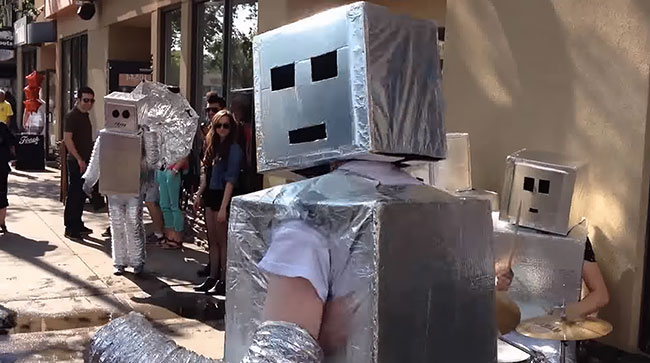 “Robots were stretched along the block performing different various roles such as authority bots, fiddle bots, drunk bots, hooker bots & couples etc. The act as a whole is called Robot World,” they said. 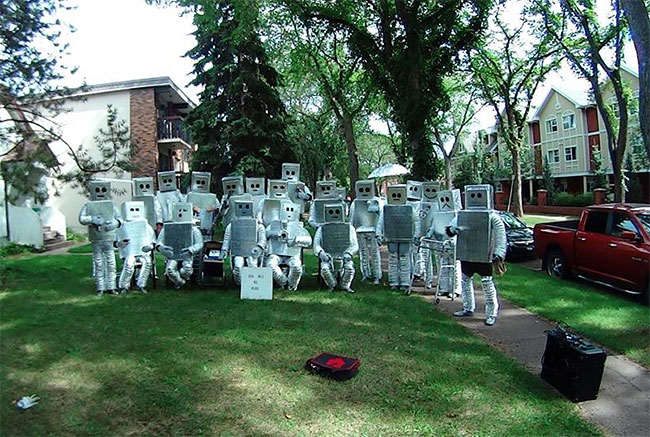 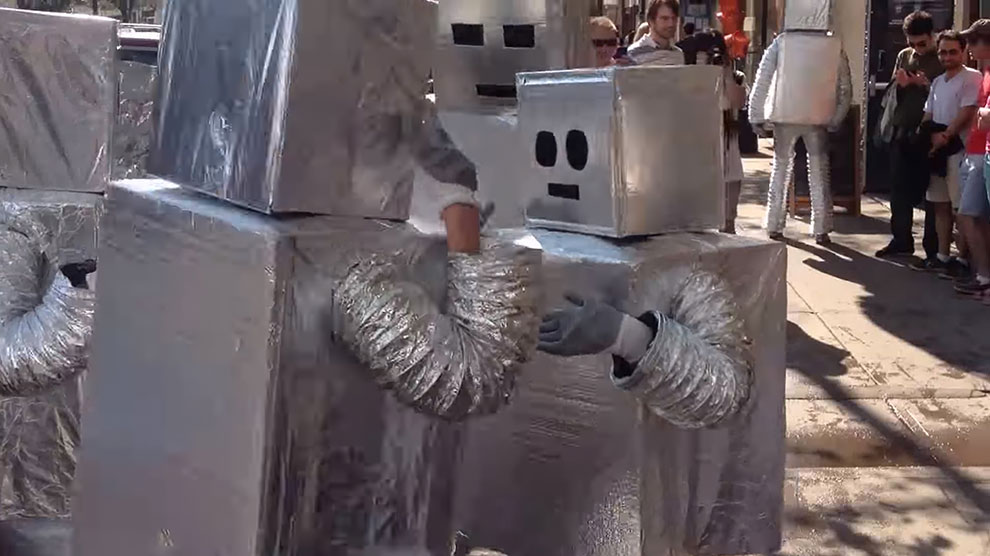 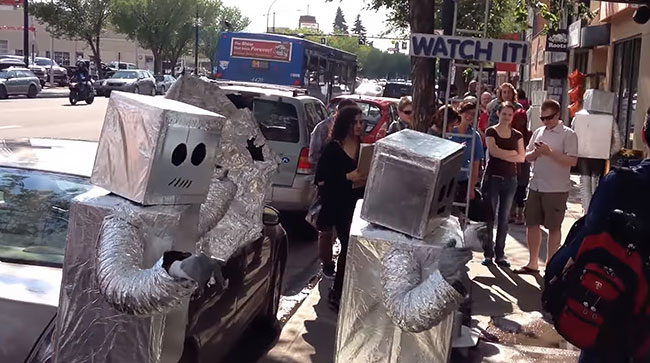