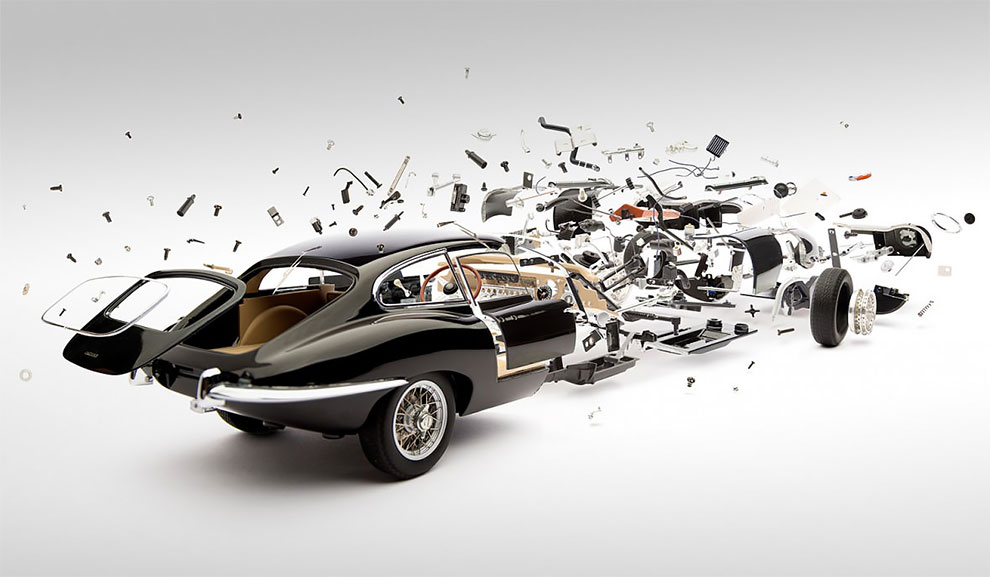 Classic sports cars appear to be frozen at the exact millisecond they explode in the series “Disintegrating” by Swiss artist Fabien Oefner (previously). Switzerland based photographer Fabian Oefner is known as a master of high-speed shooting. His latest project consists of classic cars from 50s and 60s, frozen at the moment of breaking into hundreds of parts. 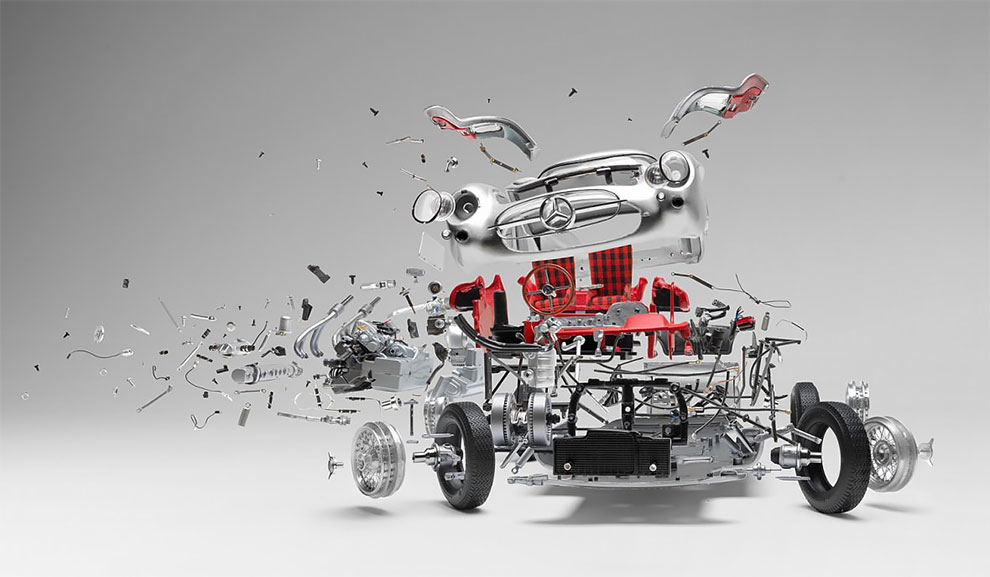 “What you see in these images, is a moment that never existed in real life,” says Oefner. “What looks like a car falling apart is in fact a moment in time that has been created artificially by blending hundreds of individual images together.“

The Disintegrating series representing a staggering amount of work- has been created from hundreds not to say thousands of shots. Each car has been dismantled completely, from the body shell to the smallest screws, then photographed piece by piece in a specific position to obtain the illusion of an exploding car. 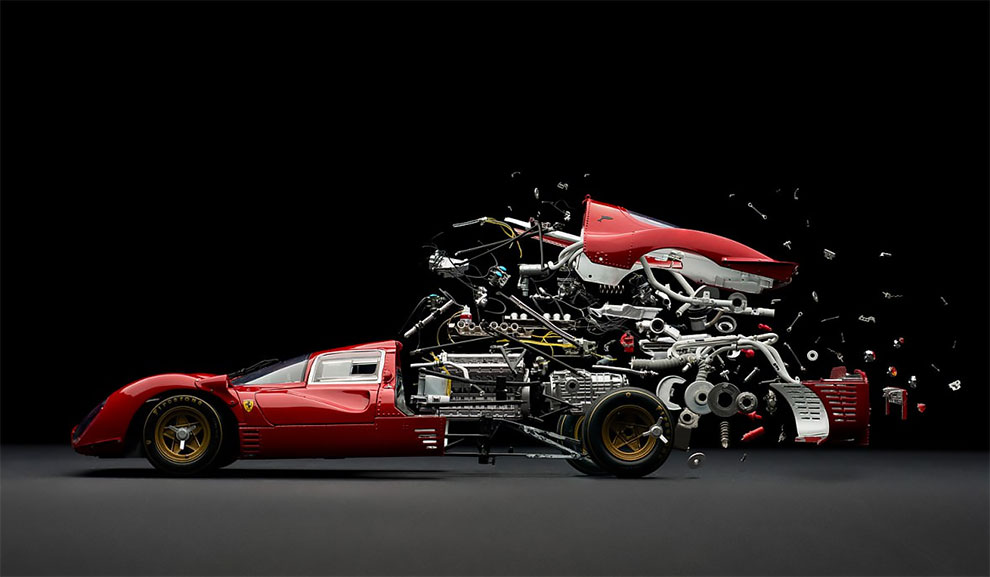 To set up the shots, Oefner arranged the pieces with fine needles and string to create the right angle. He photographed each of the components then combined the pictures to form a single image using Adobe Photoshop.

“These are possibly the slowest high-speed images ever captured,” he adds. “It took almost two months to create an image that looks as if it was captured in a fraction of a second. The whole disassembly in itself took more than a day for each car due to the complexity of the models. But that’s a bit of a boy thing. There’s an enjoyment in the analysis, discovering something by taking it apart, like peeling an onion.” 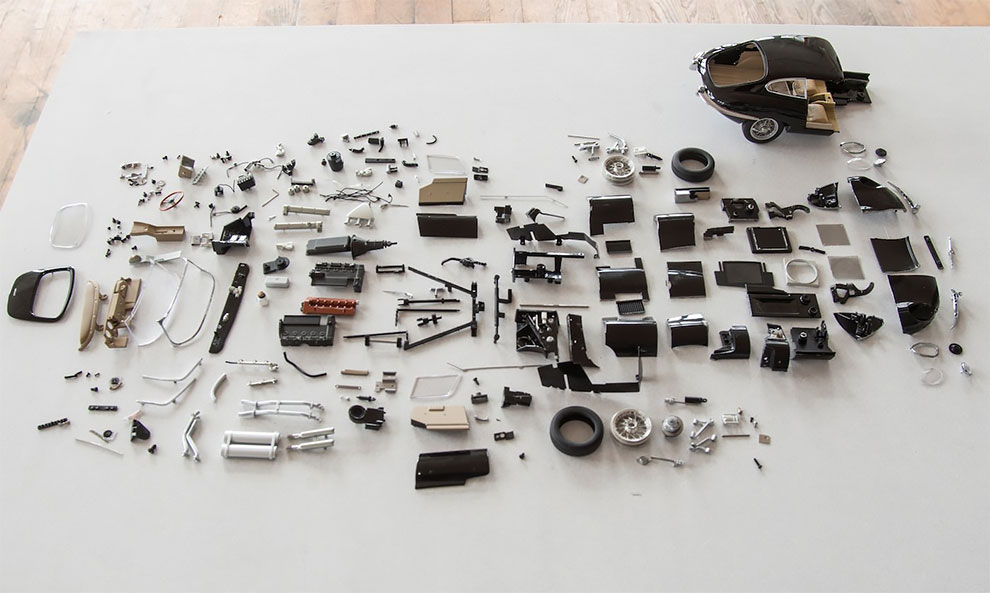 For his new project titled “Heisenberg Objekt No. III,” he has created an unusual scupture by slicing up quite an expensive “raw material”: a pristine Leica M6 rangefinder camera, which costs around $2,500 to $3,500 used. To create the sculpture, Oefner encased the camera in a block of resin and then used a bandsaw to carefully cut the block into slices: 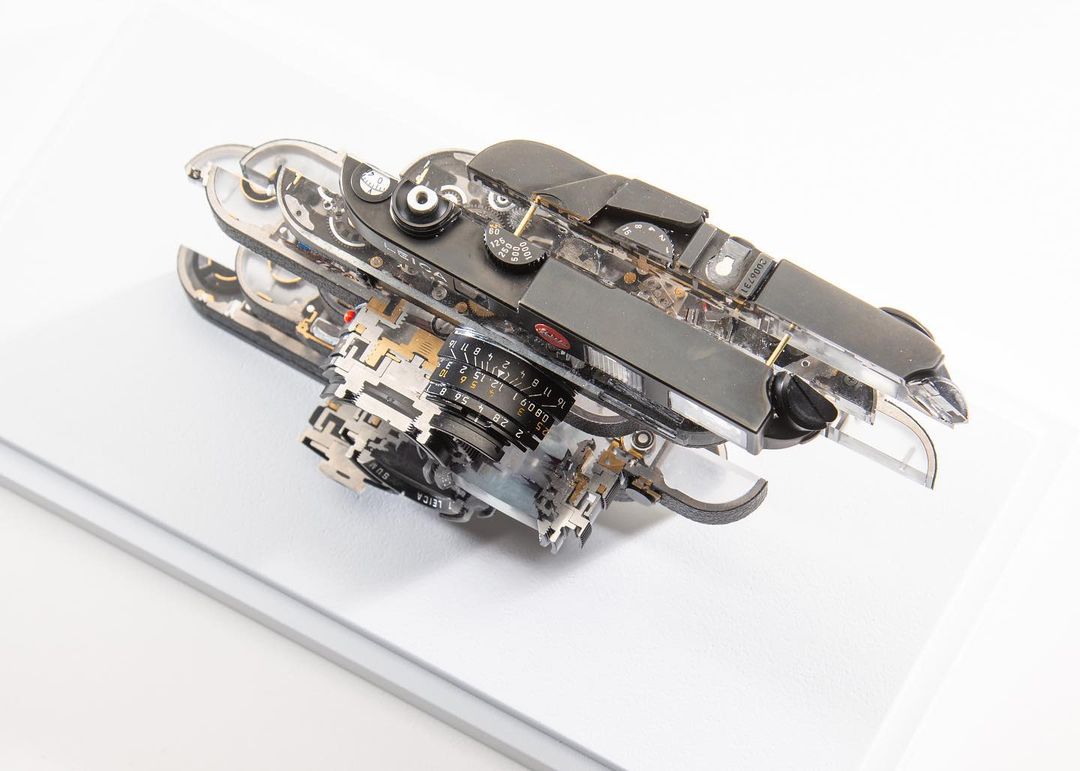 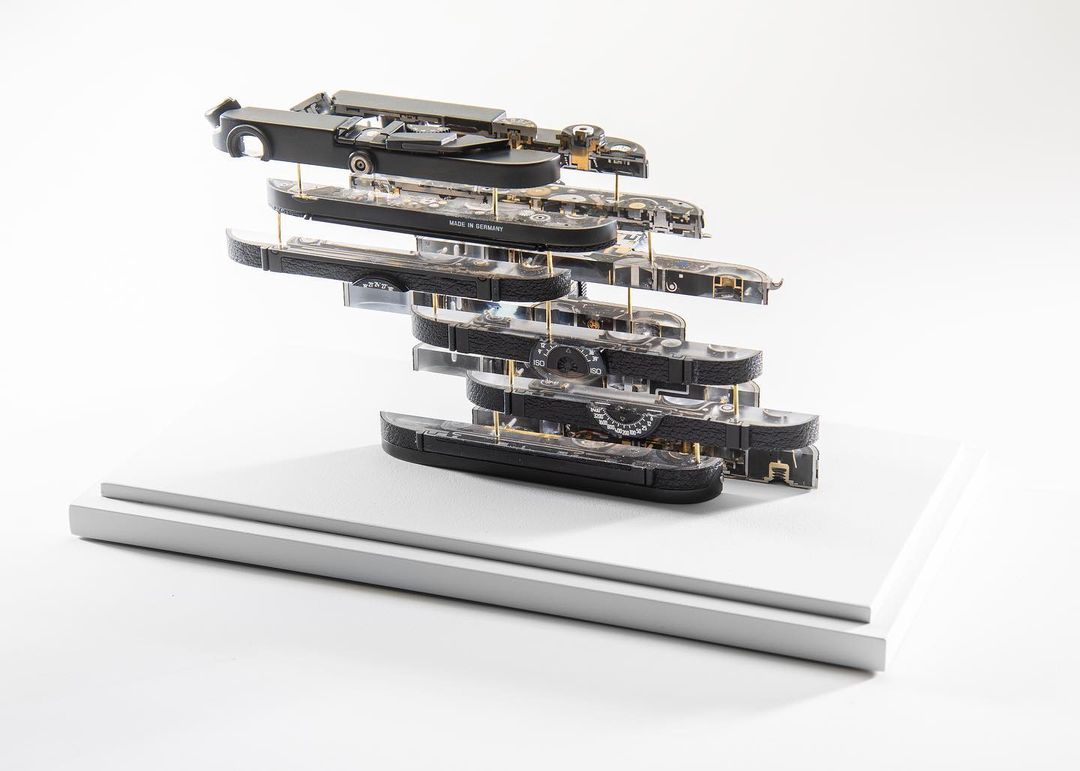 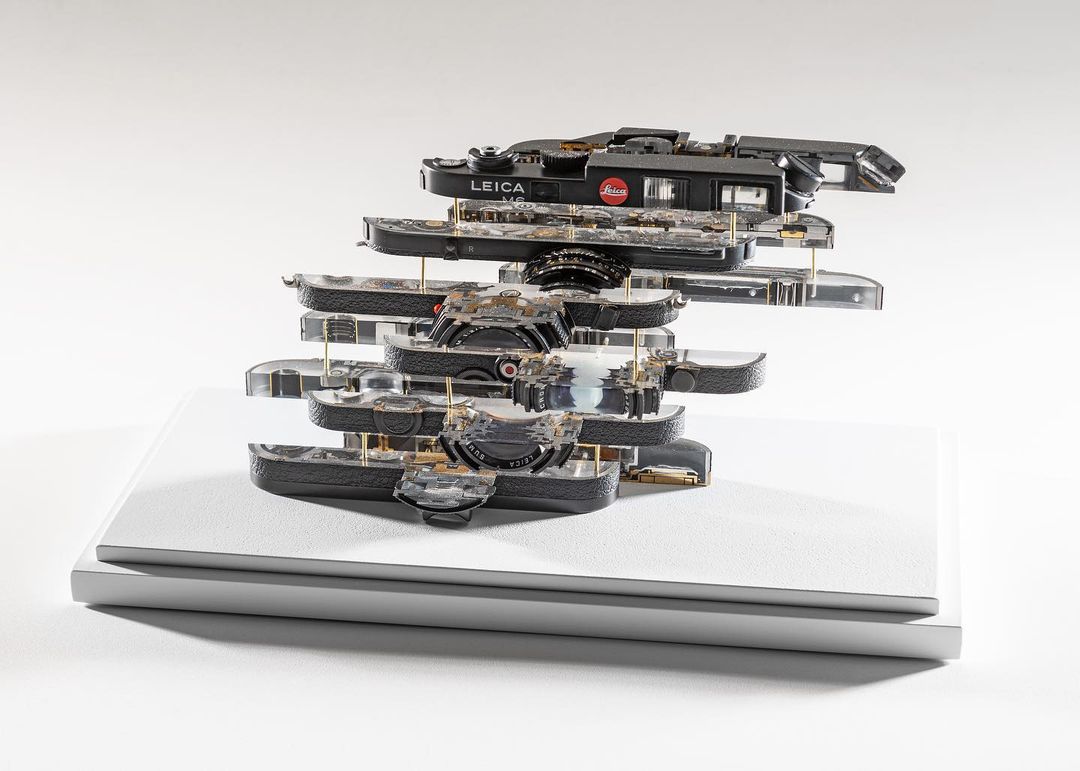 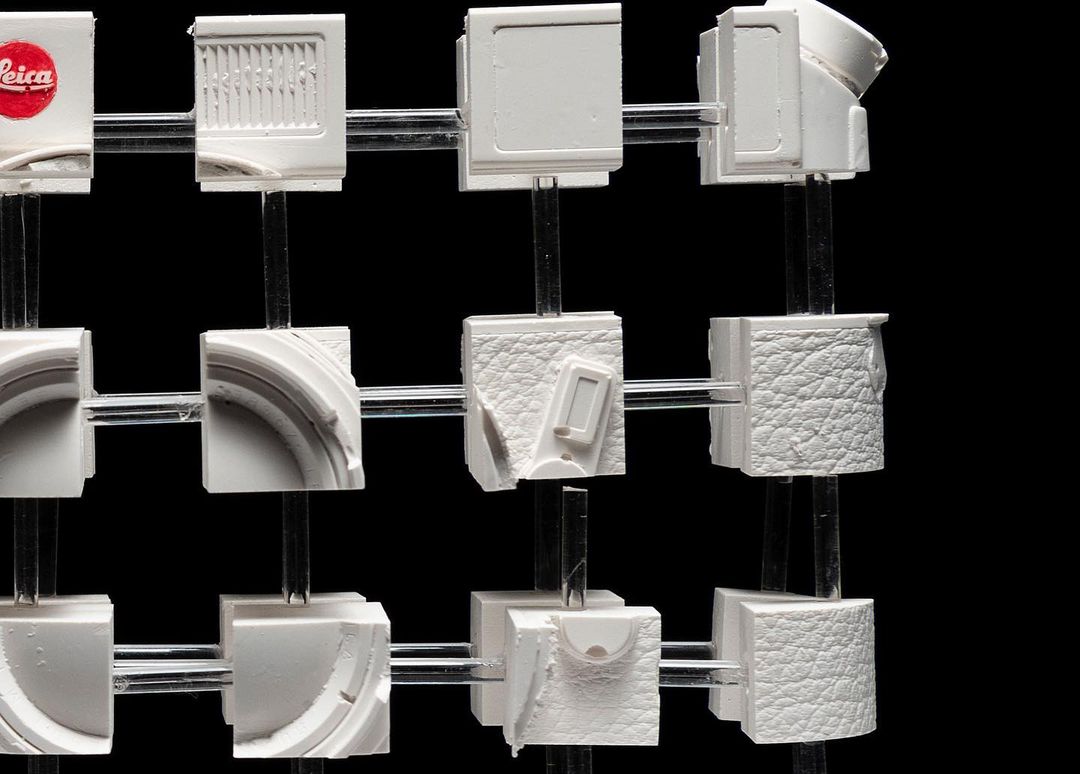 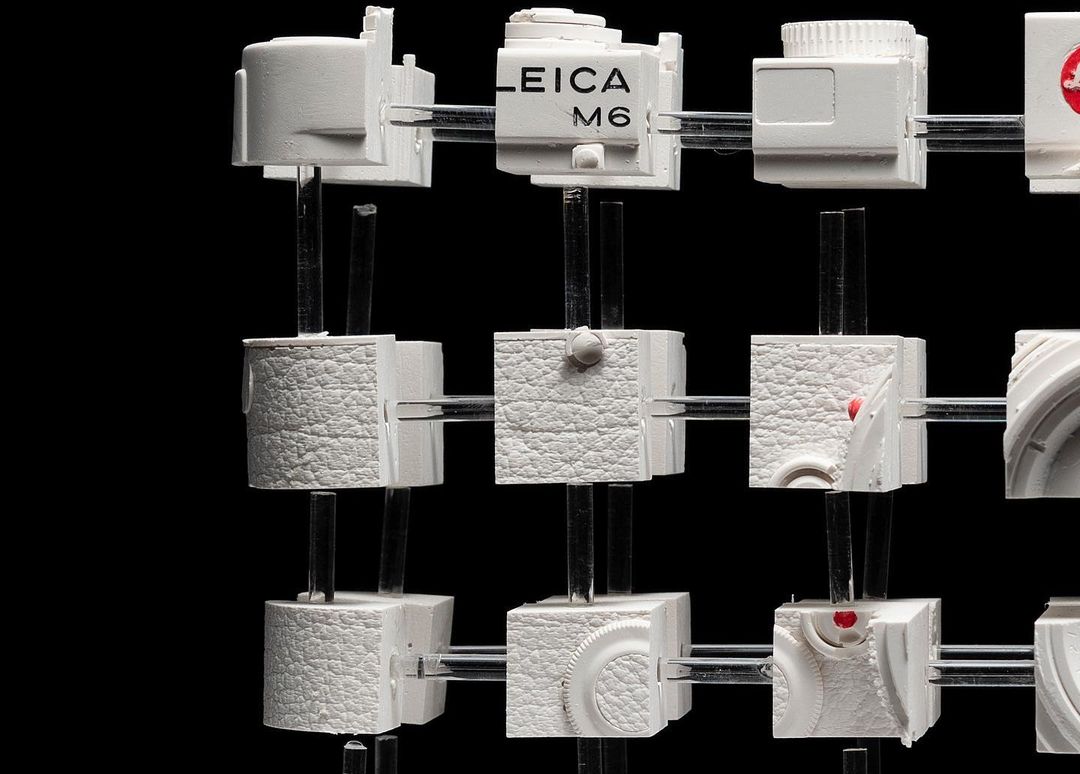 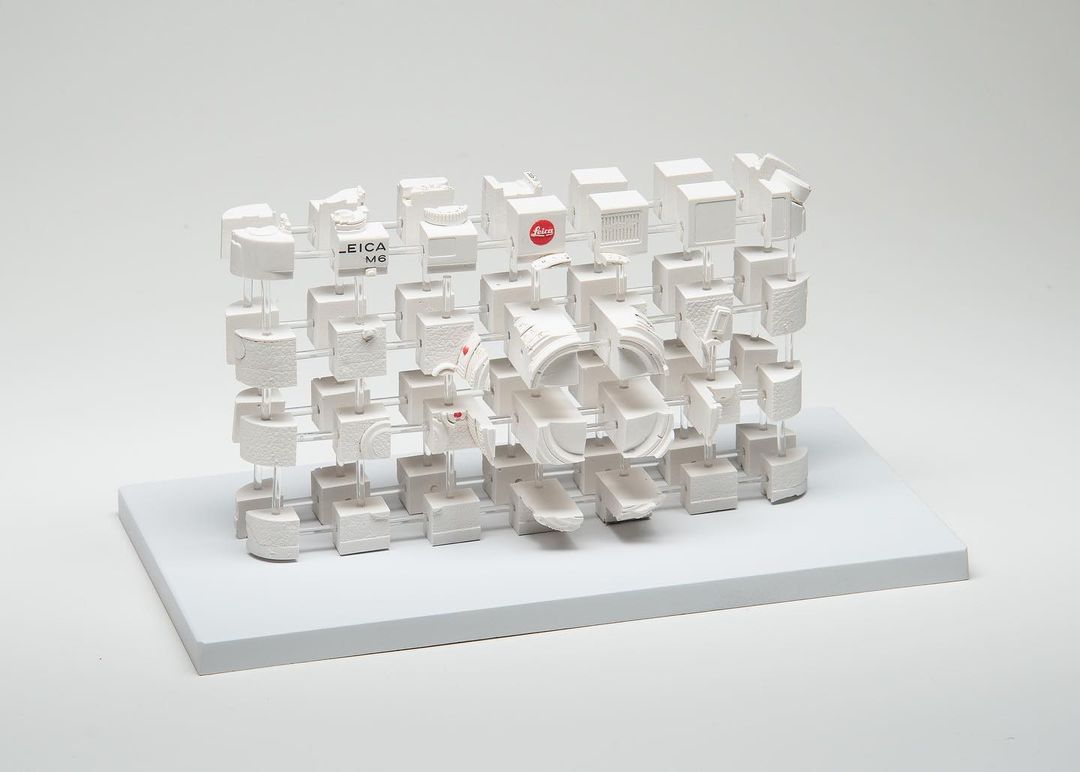