Collection of unusual and creative staircase designs from around the world. 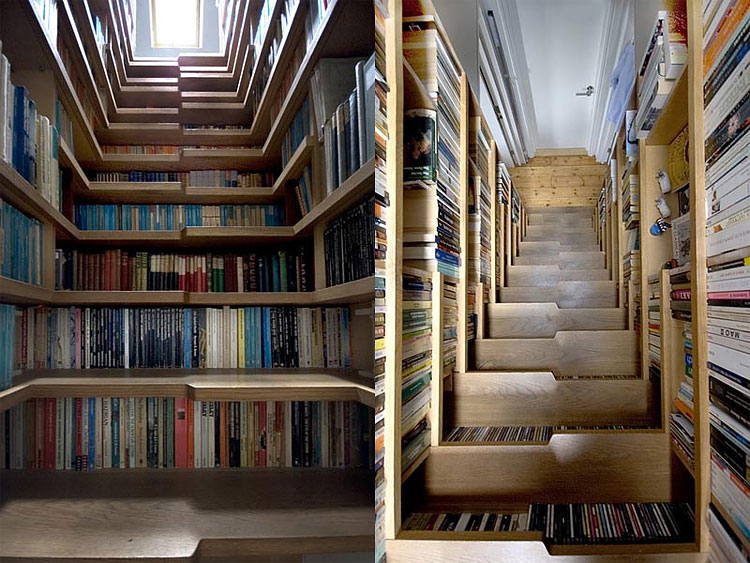 Levitate Architects came up with this ingenious solution to a book storage problem and created a loft-like bedroom nestled under the roof of the top-floor apartment. 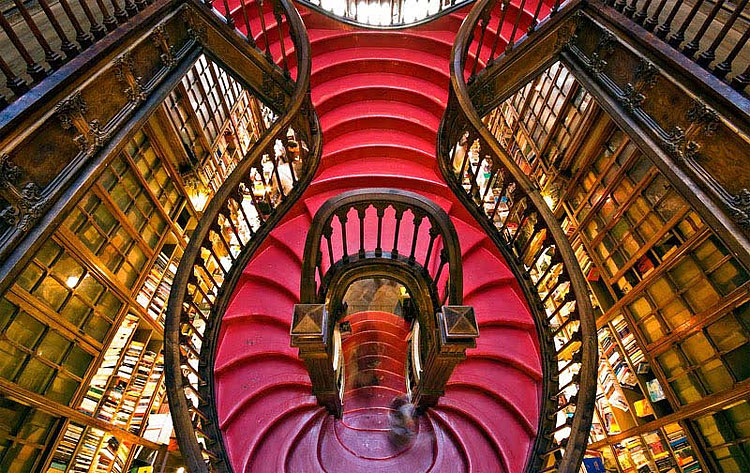 Staircase at Lello Bookshop (Portugal).
This interesting grand staircase in Lello Bookshop in Portugal stands ominous and heavy. The steps are like two channels pouring and swirling to a single point. The side view gives you a closer idea of the immense curves and giddy sinking feeling to each step. 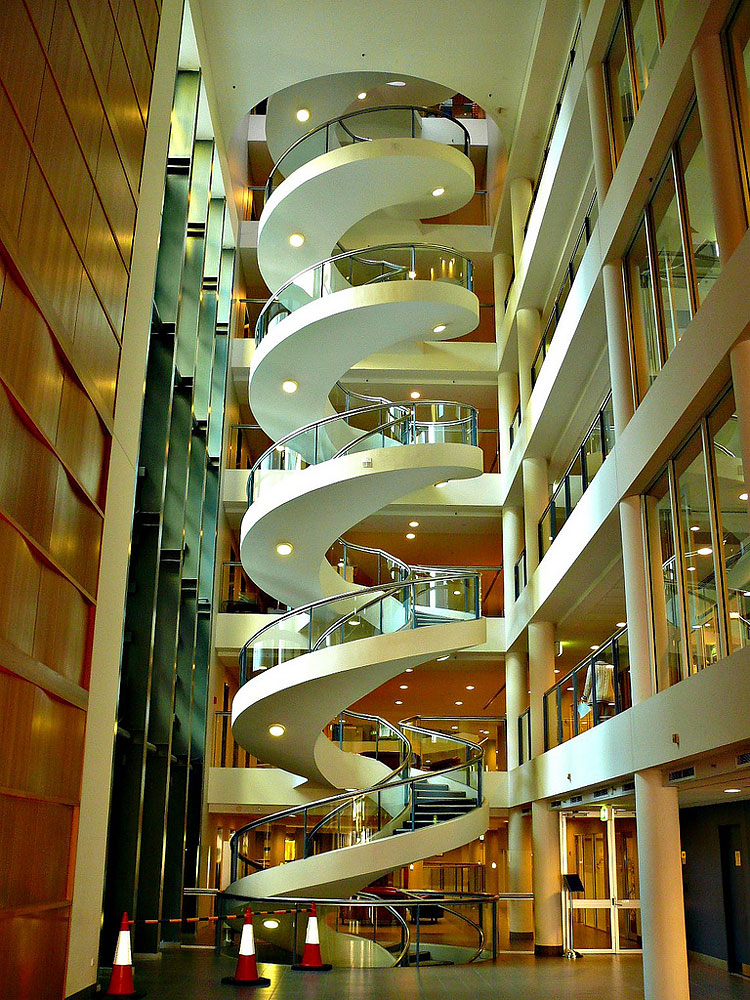 Spiral Staircase at the Vatican Museum (Italy).
The Vatican Museums spiral staircase is one of the most photographed in the world, and certainly one of the most beautiful. Designed by Giuseppe Momo in 1932, the broad steps are somewhere between a ramp and a staircase. The stairs are actually two separate helixes, one leading up and the other leading down, that twist together in a double helix formation. Little did the Vatican Museum know in 1932 that this formation would come to represent life itself, with the discovery of the double helical DNA strand. 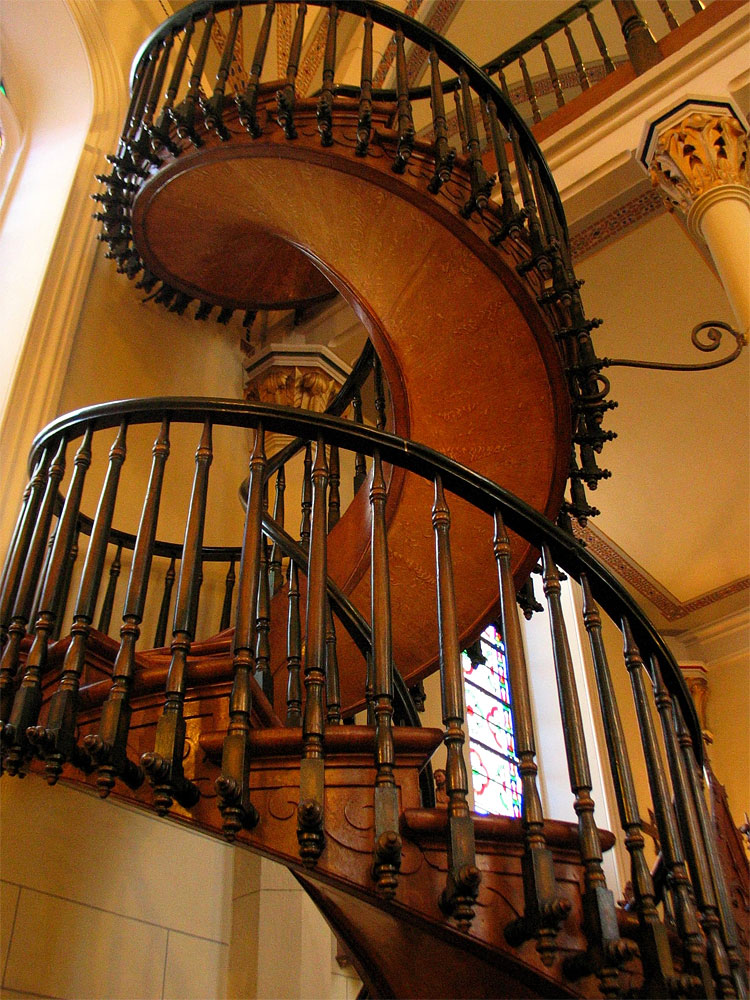 Loretto Chapel Staircase (USA).
The Loretto Chapel is a chapel in Santa Fe, New Mexico, known for its unusual spiral staircase that is an exceptional work of carpentry. The construction and builder of the staircase are considered a miracle by the Sisters of Loretto and many who visit it, because it had no central support (a support was added later). The resulting staircase is an impressive work of carpentry. It ascends twenty feet, making two complete revolutions up to the choir loft without the use of nails or apparent center support. 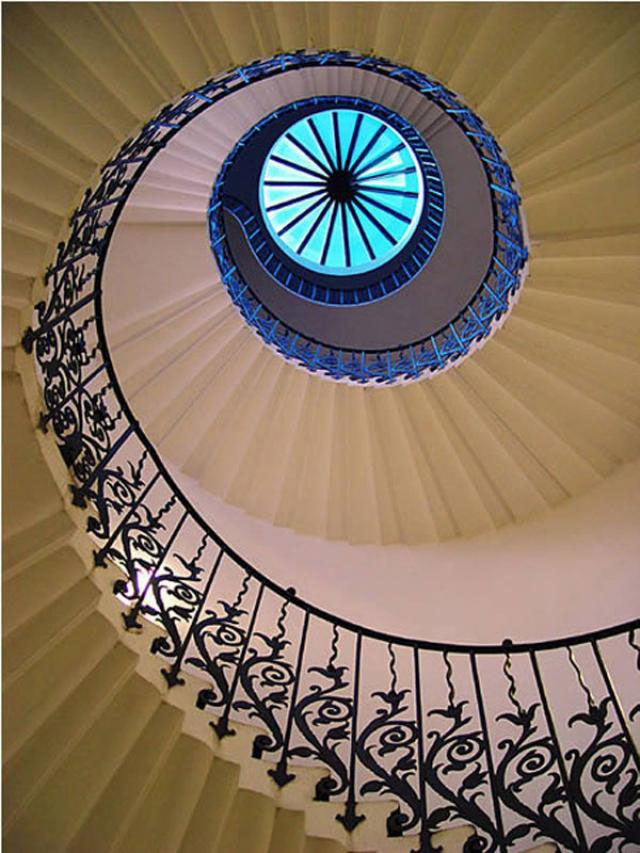 Tulip Staircase at the Queen’s House (England).
The elegant Tulip Stairs in the Queen’s House are the first geometric self-supporting spiral stairs in Britain. Although called the ‘Tulip Stairs,’ it is thought that the stylized flowers in the wrought-iron balustrade are actually fleurs-de-lis, as this was the emblem of the Bourbon family of which Queen Henrietta Maria (wife of Charles I) was a member. 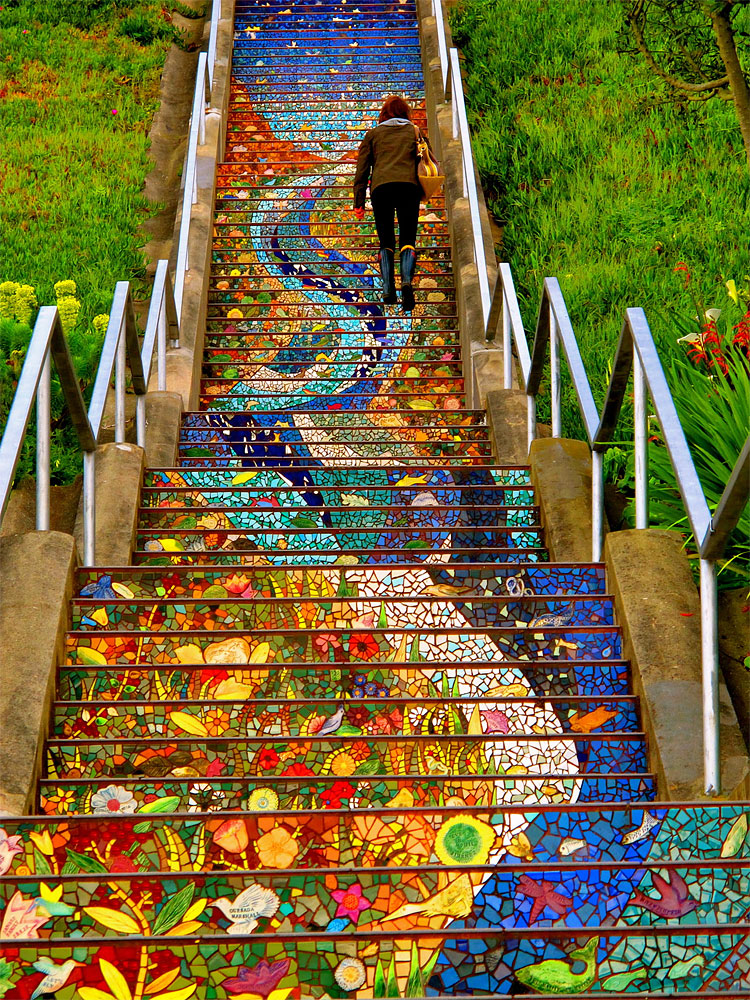 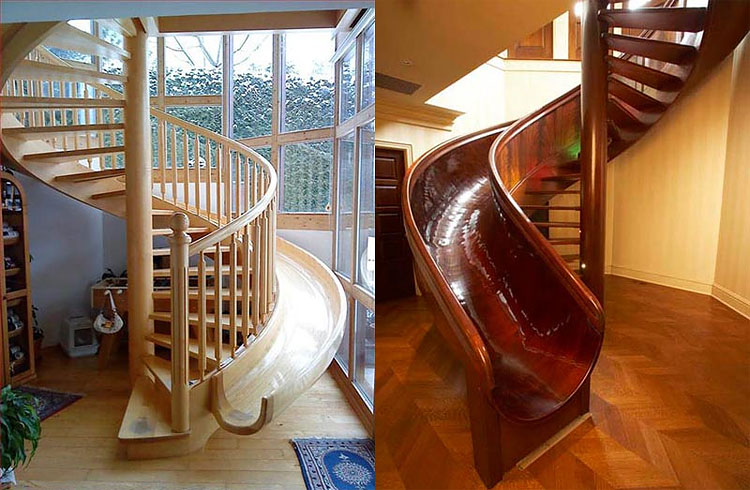 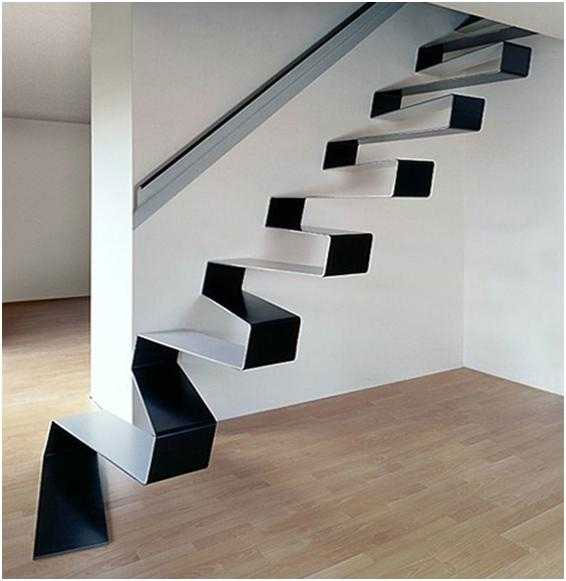 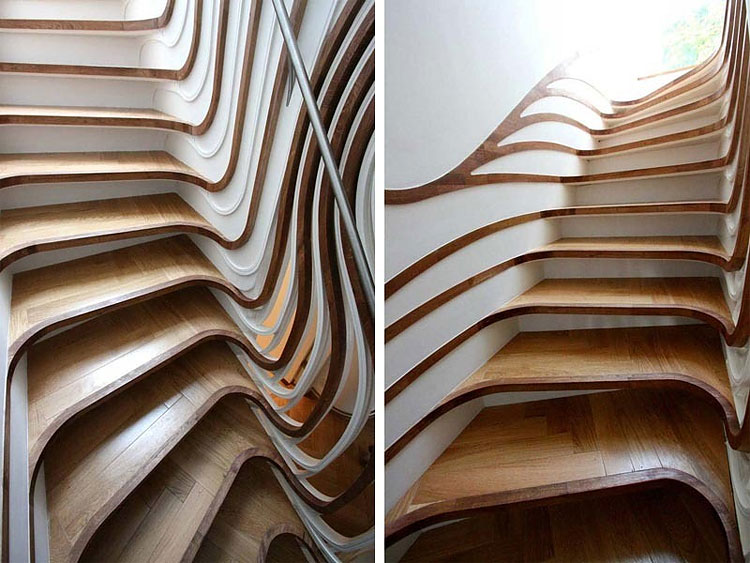 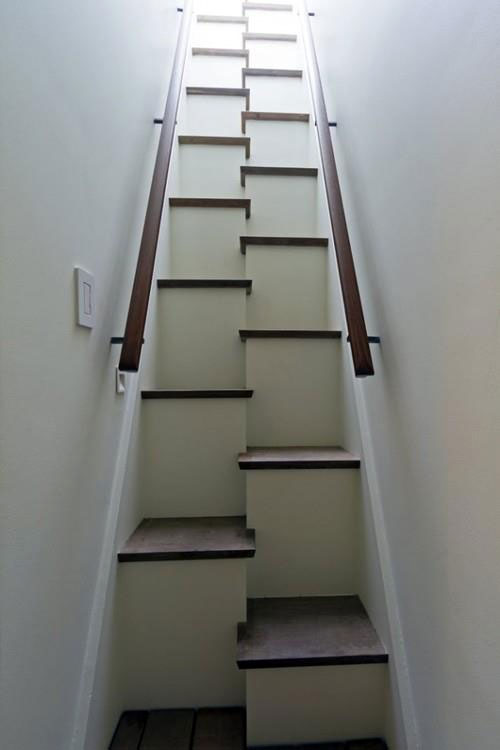 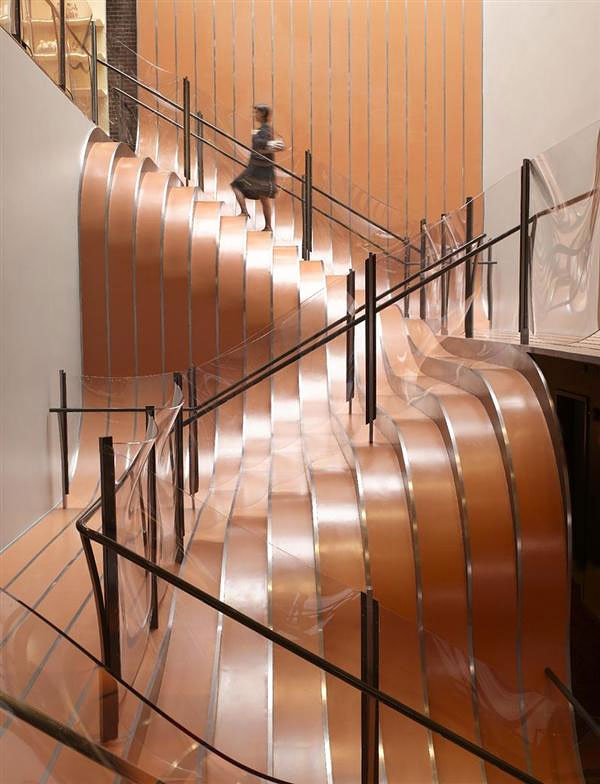 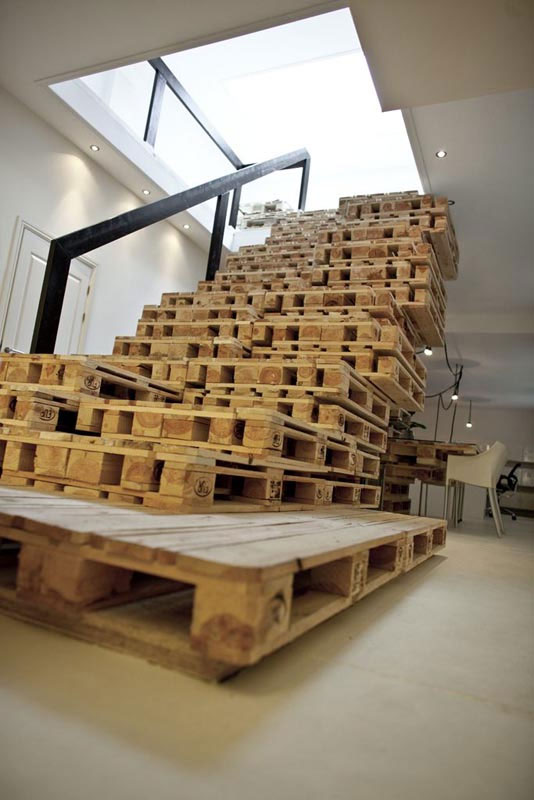 Made from shipping pallets by Most Architecture. 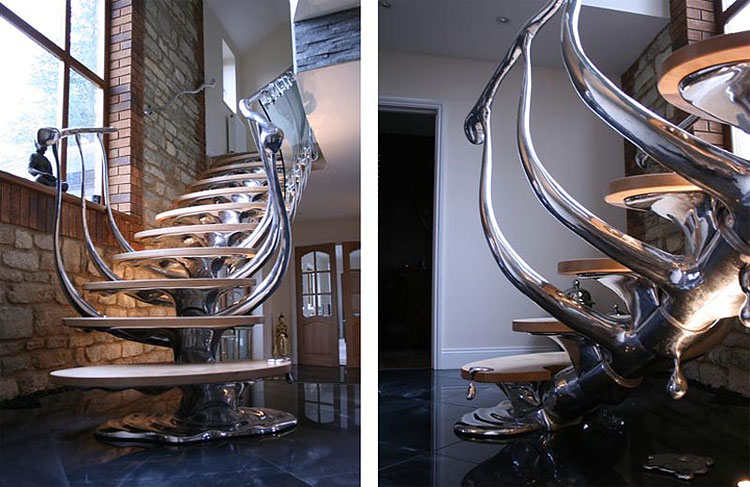 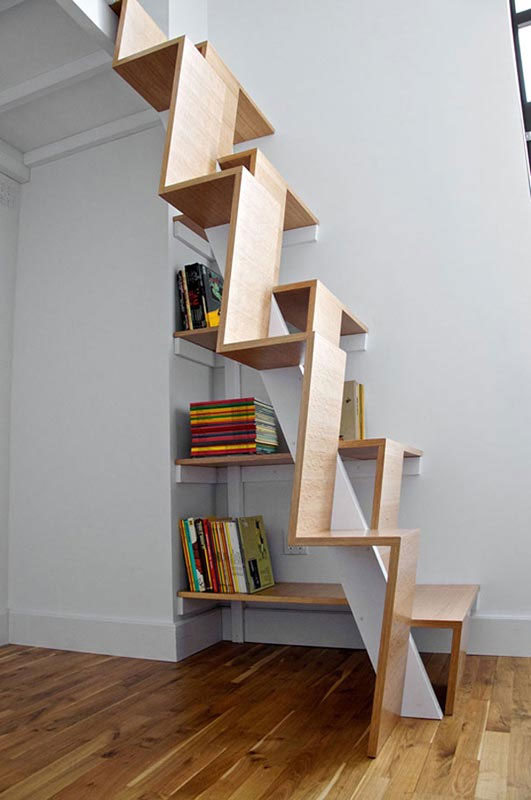 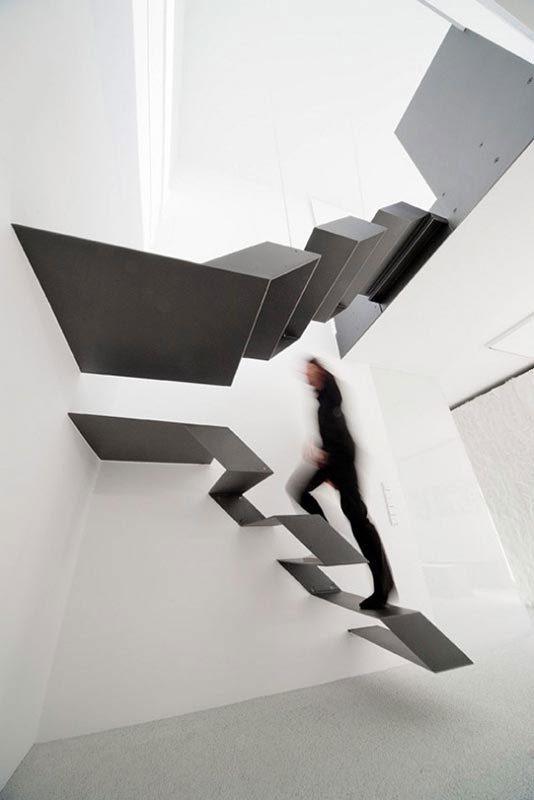 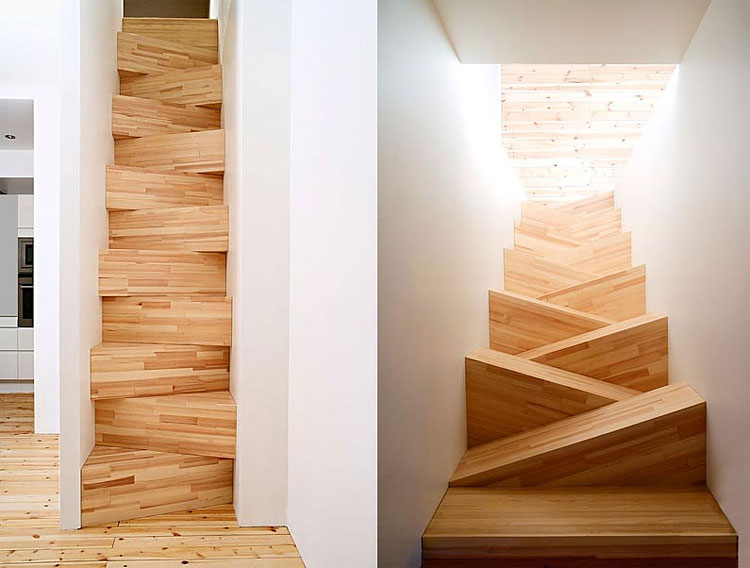 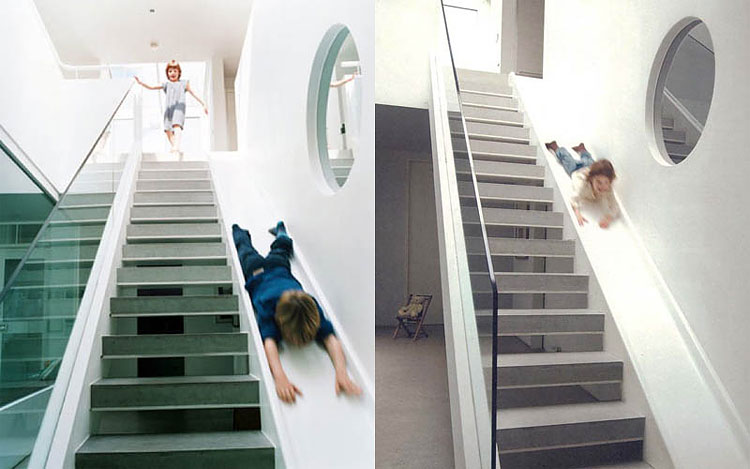 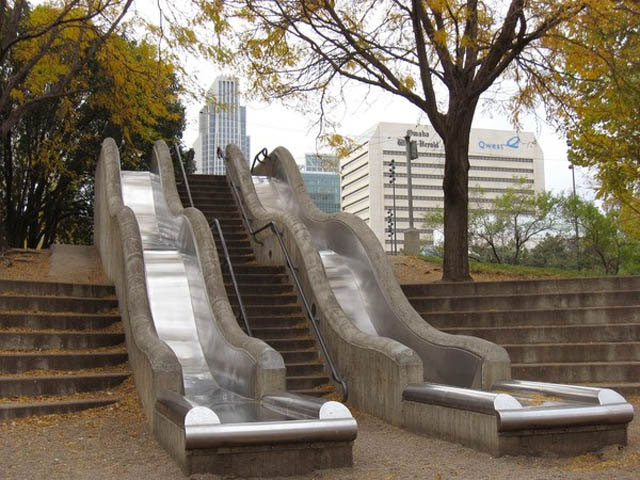 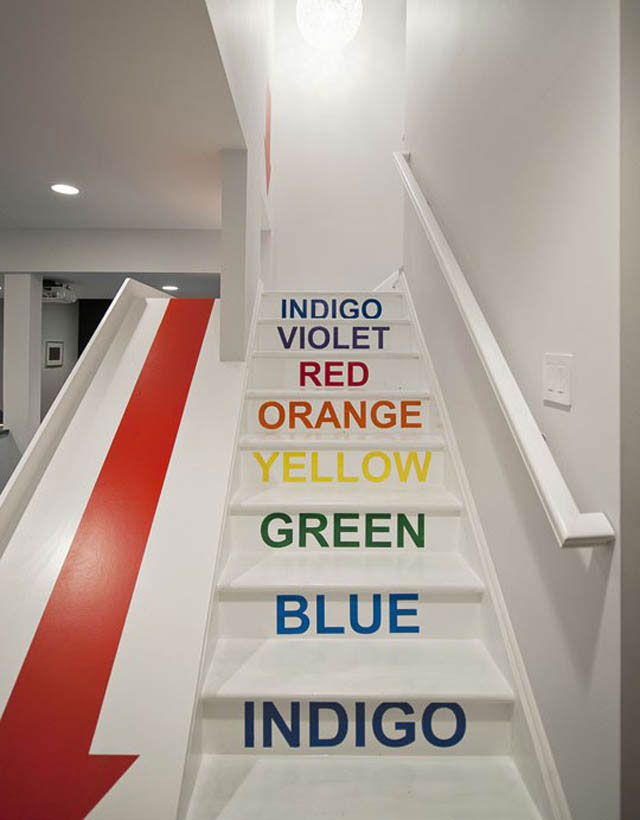 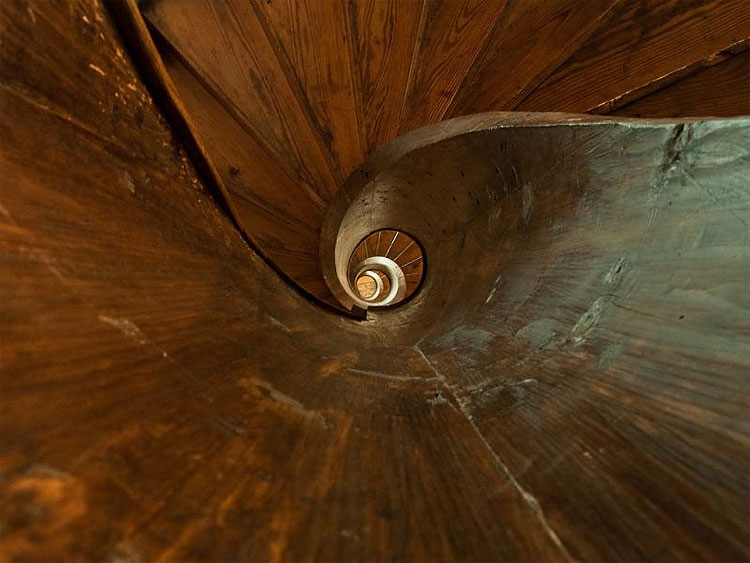 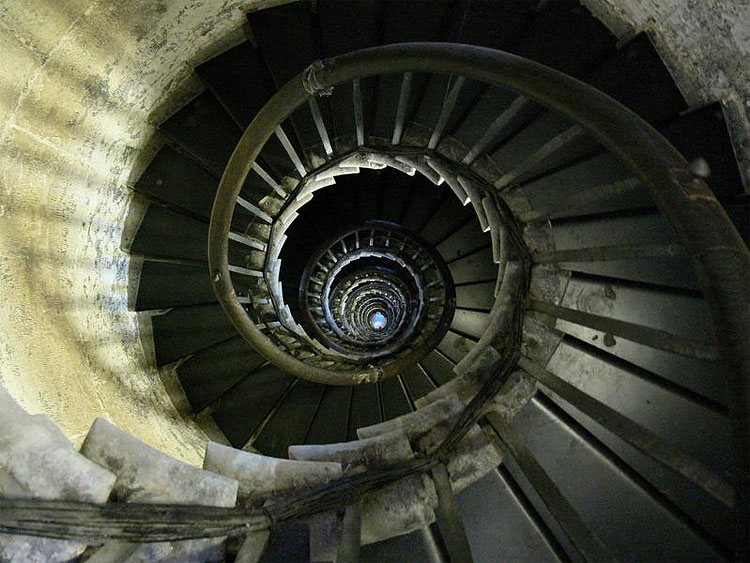 From the monument at Fish Hill, London. (photo) 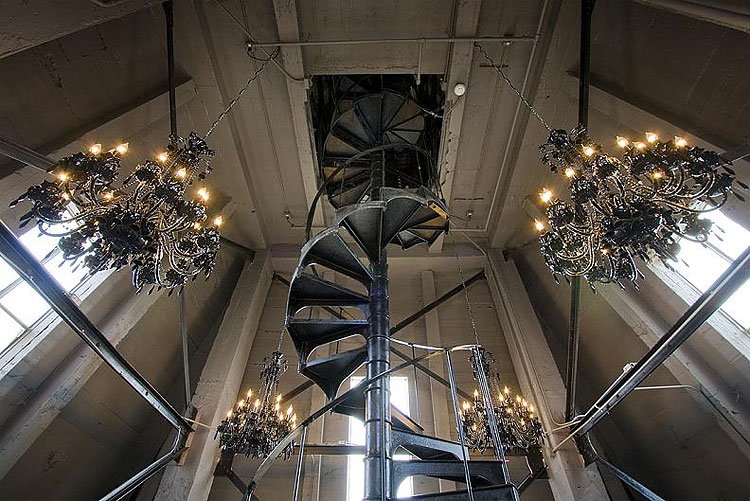 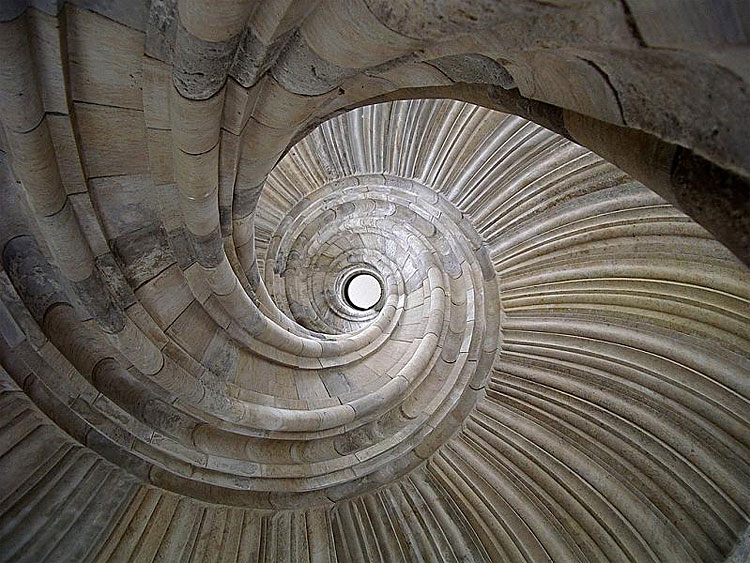 Bottom of spiral staircase at Castle Hartenfels in Torgau. (photo)

This Artist Continues to Craft A Creative Face Mask Every Day Of Self-Isolation
Maijishan Grottoes
How You Live In Russia When You Supervise Local Road Police
"Eighth Wonder Of The World": The Sacred Orthodox Rock Church Of Saint George In Lalibela, Ethiopia
Why Did A Brazilian Millionaire Winch A Formula 1 Car Up The Side Of An Apartment Block?
Oreo Built a Doomsday Vault in Norway for Cookies to Preserve Them for Generations to Come
Artist Uses 100,000 Banned Books To Build A Full-Size Parthenon At Historic Nazi Book Burning Site
Creative Nightscape And Astrophotography By Jaxson Pohlman
Architect Imagines The Homes Of Fairy Tale Characters
Legendary London’s Thinnest House is for Sale
This Guy Builds A House Using Shipping Containers And Now His Biggest Expense Is His Phone Plan
"Misconceivable"
Most Expensive House in Brooklyn for Sale
Roll It: Experimental House
One57 Gets Glassy: Photos Of Midtown's Newest Supertall Skyscraper
This Infinity Book Store Looks Like An Endless Tunnel Of Books
A Sculptural Arch Of Mist Has Been Installed In Japan
This Artist Uses Photography And Photoshop To Escape Reality
Creative And Colorful Minimalist Photography By Roynaldi Saputra
30 Times People Came Across The Most Ridiculous Balconies
Ivan Khafizov Captures The Beauty Of Russian Hand-Carved Wooden Window Frames
An Imagination That Looks Great On Paper: The Creative Mind Of Lily Seika Jones
Luxurious Eco-Friendly Mansion Exists Entirely Below Ground
creative, designs, staircase, unusual