“A Cathedral That Defined A City”: 20 Rare Photographs Of Notre Dame From The 19th Century 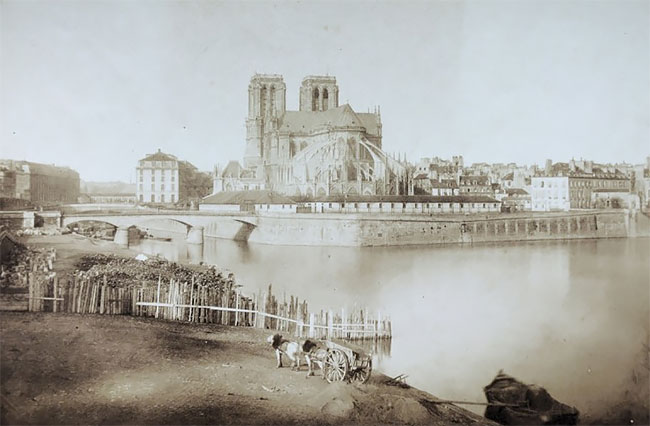 When the architects of Cathedral of Notre-Dame set to work some 850 years ago, their goals were nothing if not ambitious. The church’s sanctuary, they decreed, must be taller than any built before. The nave would rise 108 feet, and the two 223-feet-tall towers would cast a far-reaching shadow over the roofs of Paris.

The 12th century had just entered its second half, and to achieve new heights, the builders made early use of external supports known as flying buttresses.

The cathedral today is one of the most iconic images of Paris, second only, perhaps, to the Eiffel Tower. More than 12 million visitors tour the structure each year, and untold postcards bearing photos of its towers and its rose windows are sent back home.

On Monday, the world was again gazing at Notre-Dame — but now in horror, not awe. The Notre Dame Cathedral in Paris caught fire, causing catastrophic damage. Here’s a look back at one of the city’s most historic landmarks in the late 19th century. 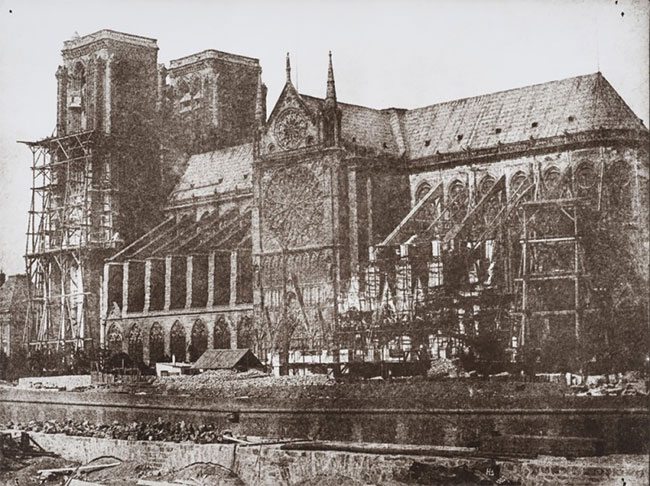 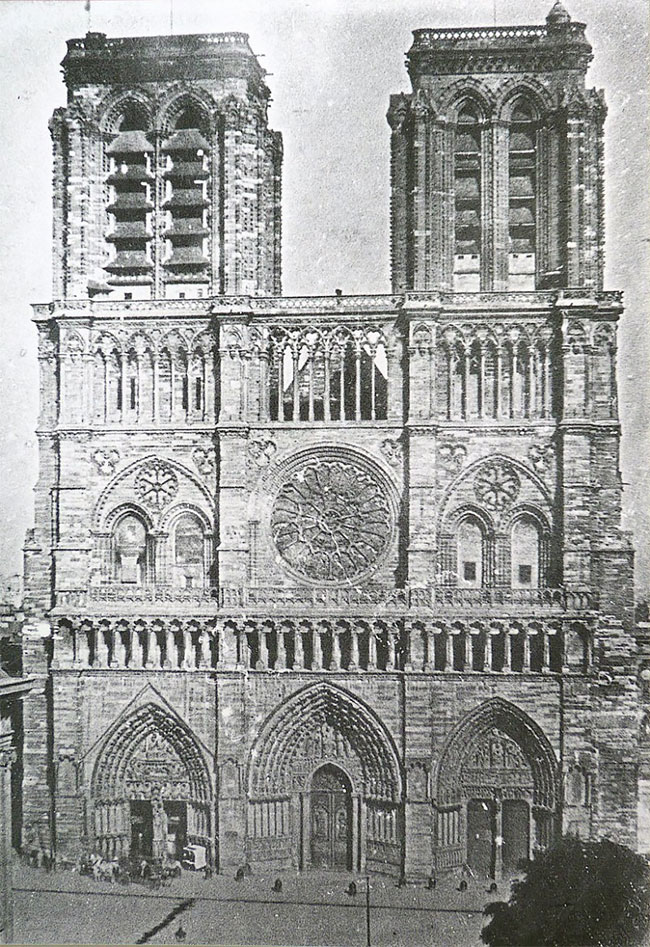 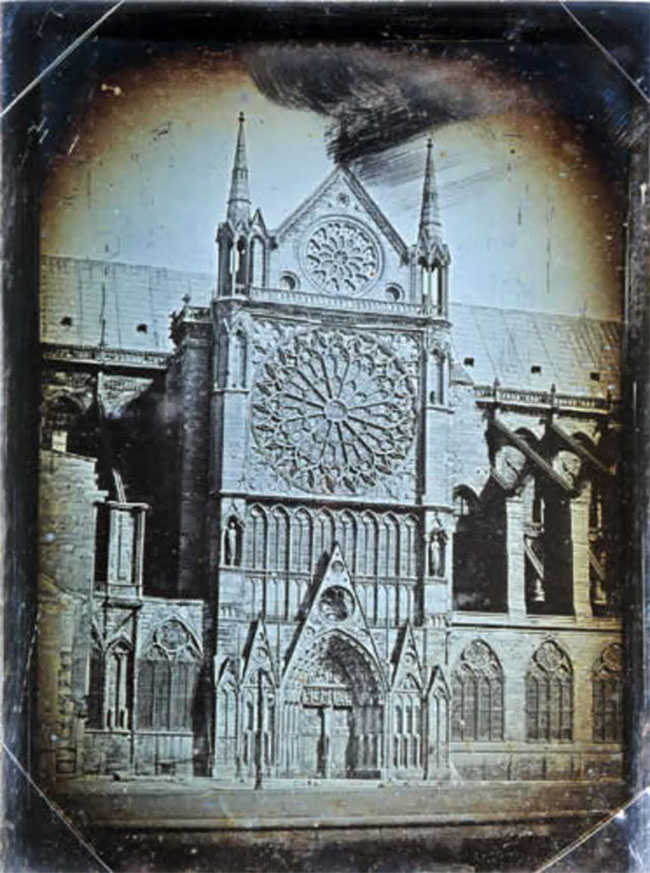 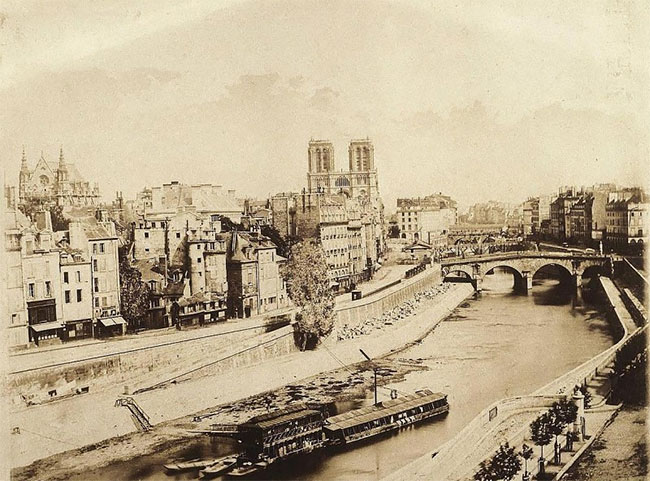 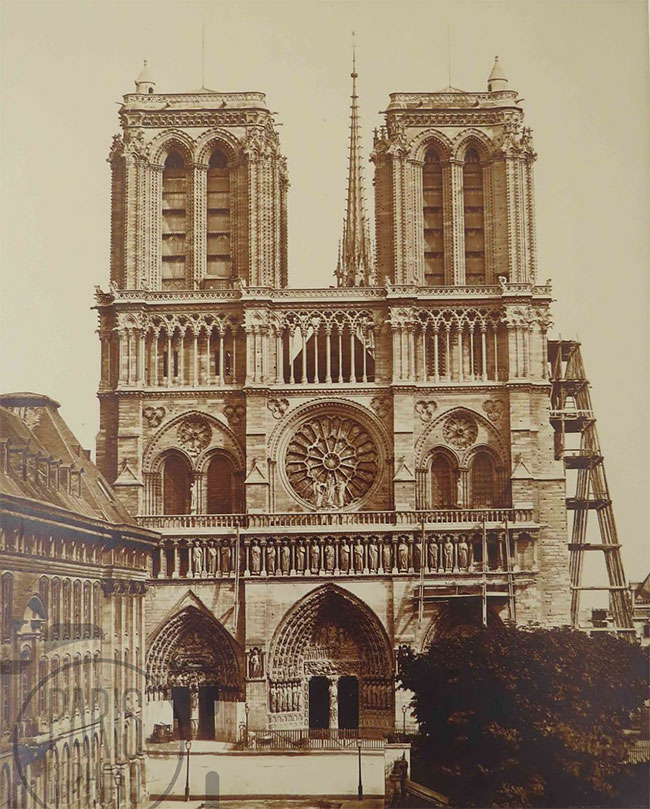 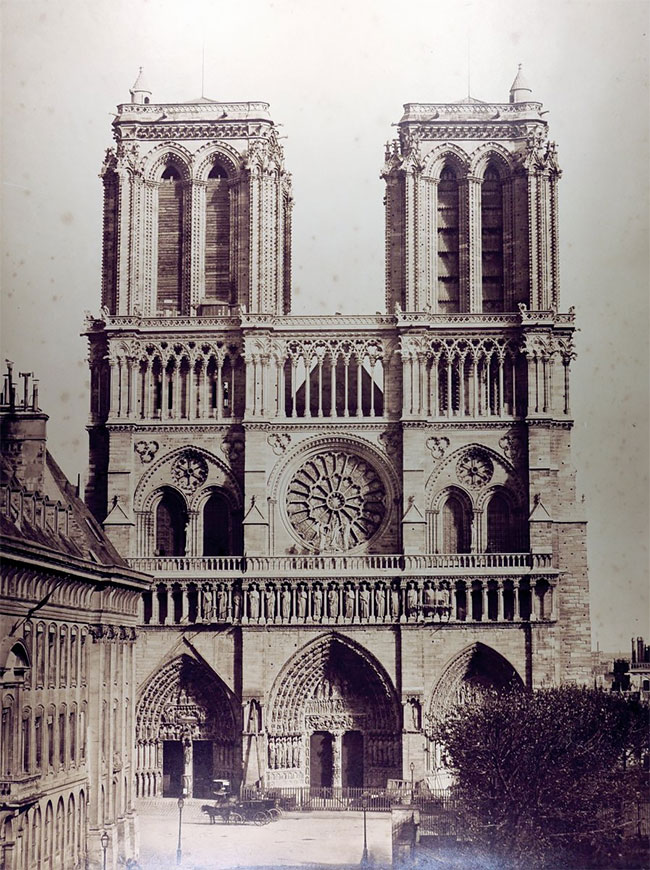 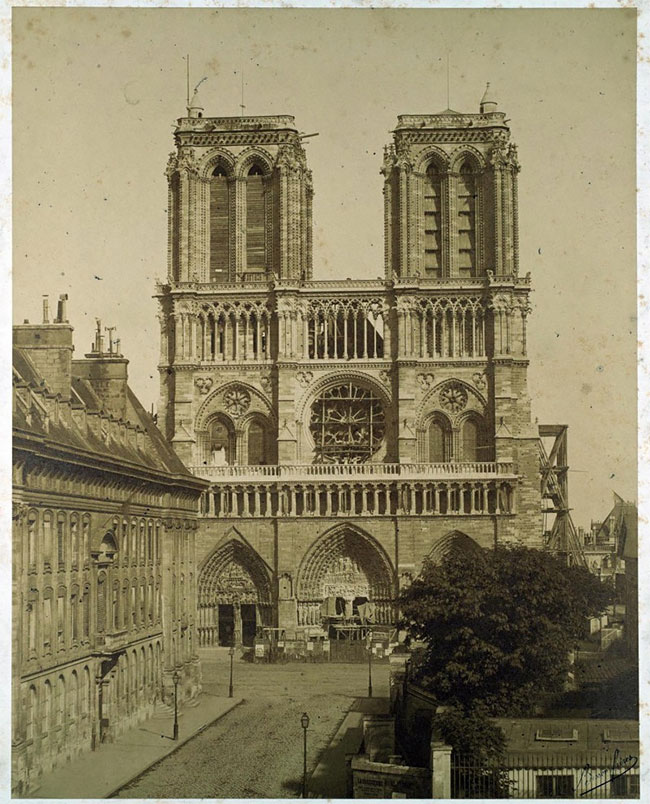 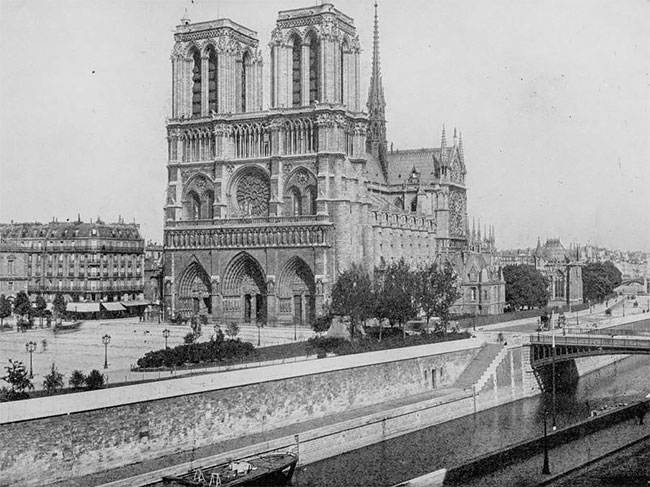 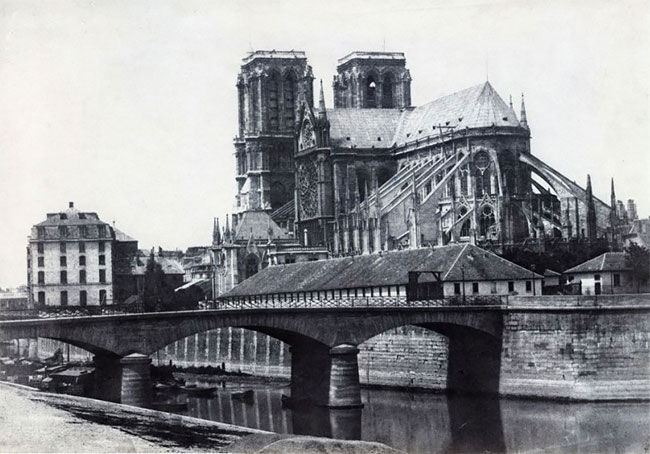 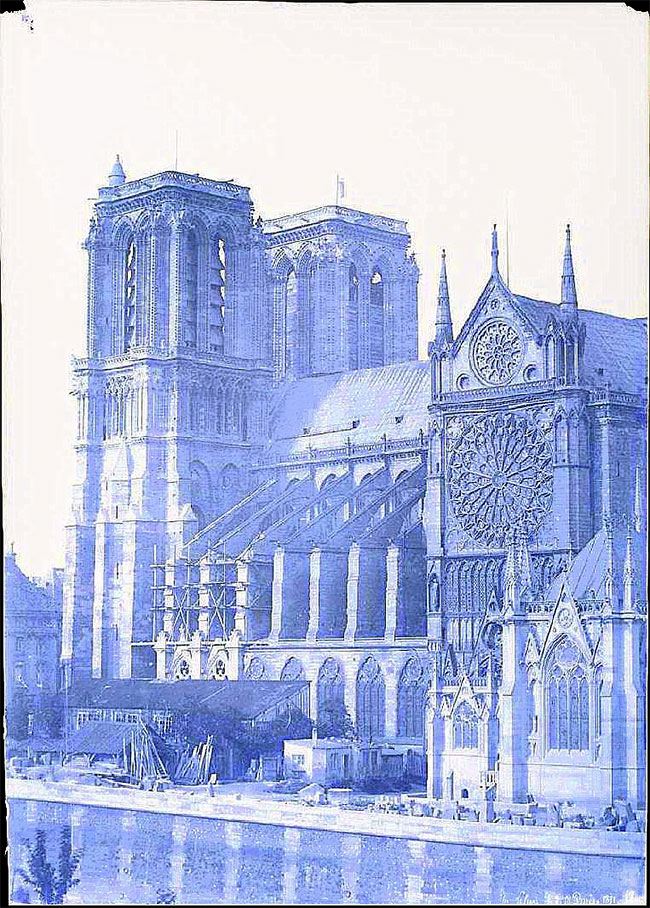 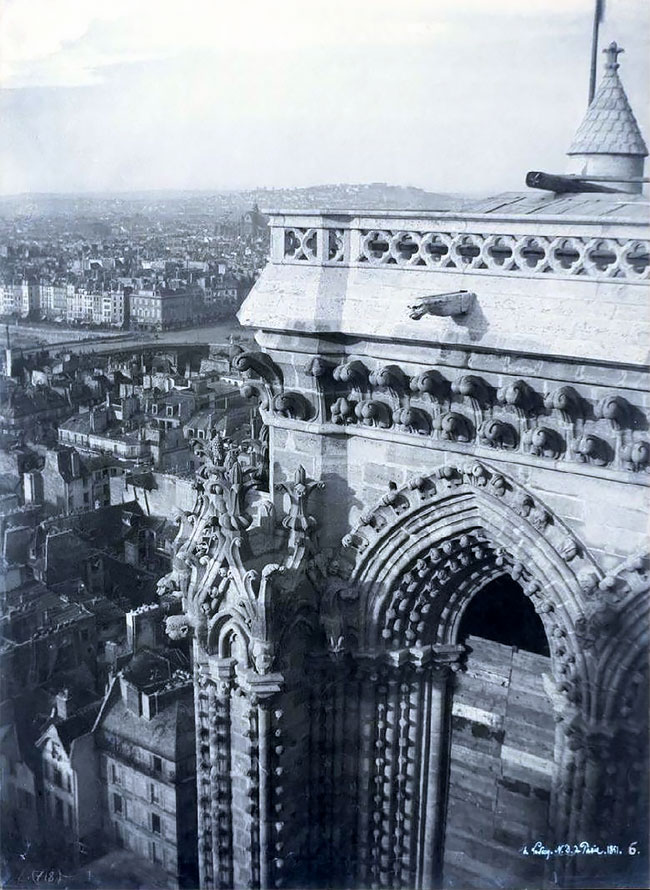 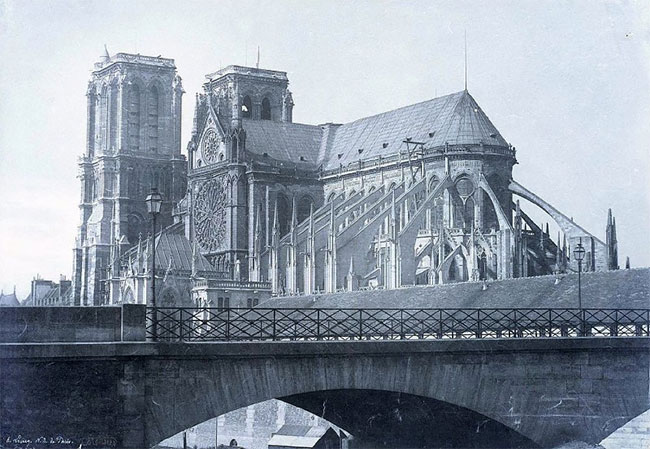 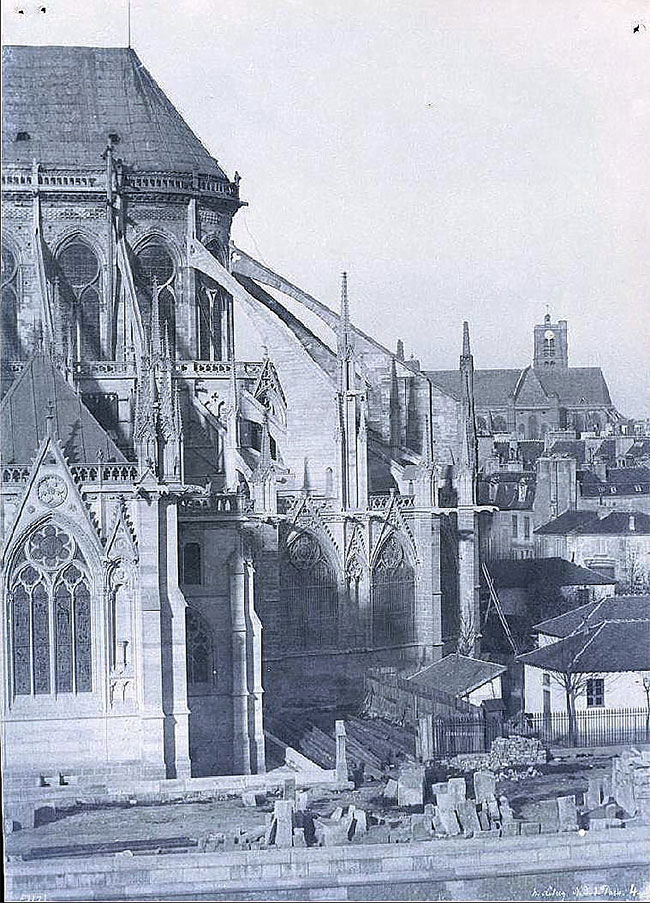 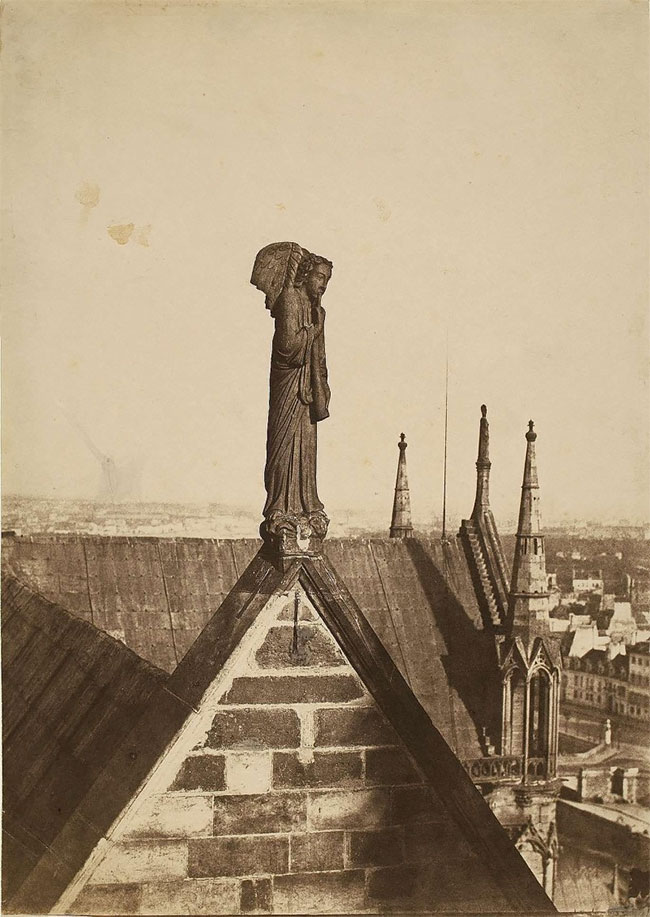 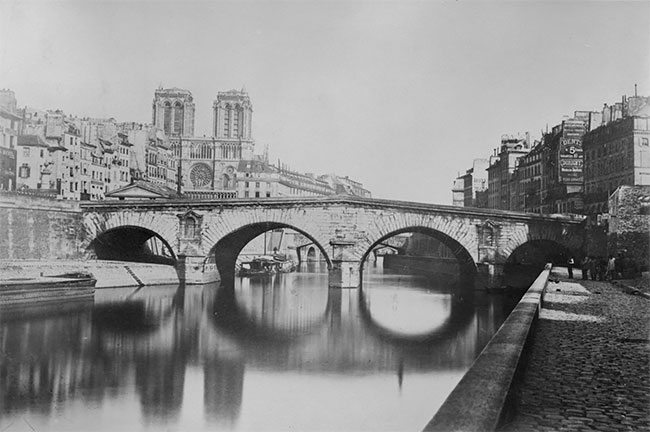 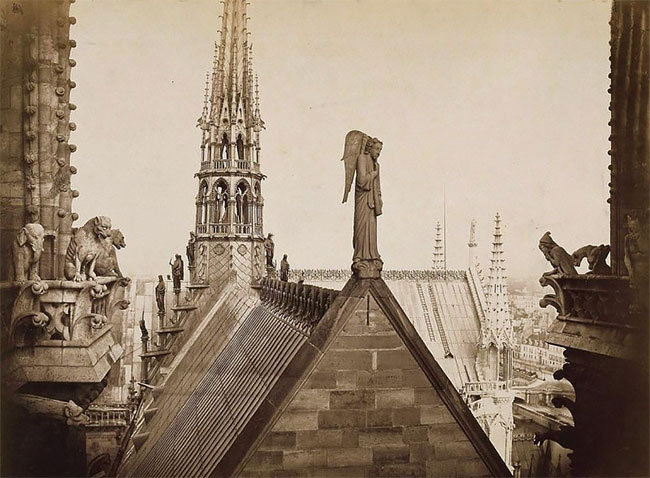 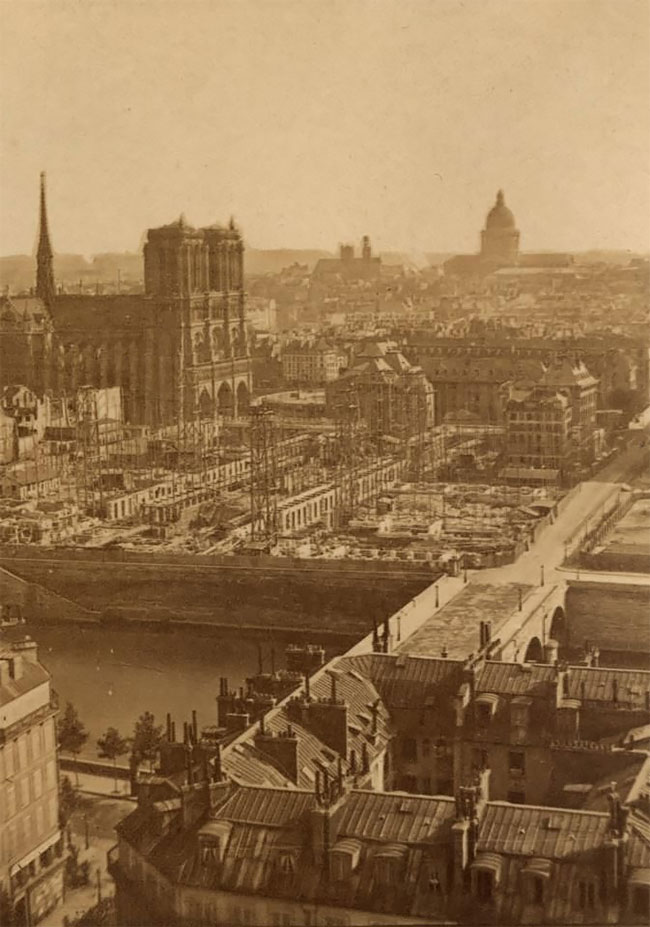 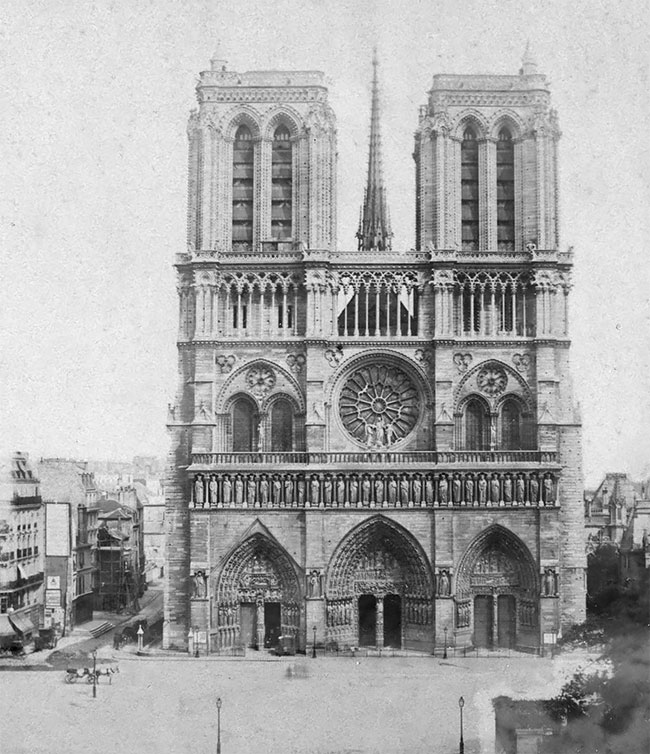 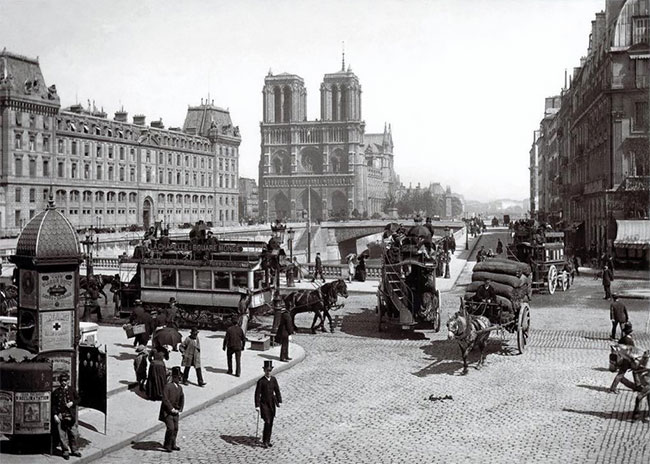 Scary Photos of a Young Linda Blair as Regan MacNeil in "The Exorcist", 1973
Back When the Rotor Rides Were Fun and Dangerous!
Slinningsbålet: The Battle For The Biggest Bonfire In The World
Amazing Black and White Photos Capture Street Scenes of Liverpool in the 1980s
The Unique Hairstyles of Jean-Michel Basquiat
Metallic Bras From Space! Sci-Fi Pulp Ladies & Their Shiny Metal Brassieres
1955 Ford “Beatnik” Bubbletop: This Bubble-Roofed Custom Ford Is Strange And Wonderful!
Photos Show What Life of American Teenagers Looked Like in the 1980s
Retro Photoshop Tool Bar Enamel Pin: 3" Of Throwback Fun By Maxistentialism
Gardens of Eden: The Heavenly Horticulture Blossoming on Roofs High above the City
Documenting America: Scenes of Early-Century New York City Life in Paintings of John French Sloan
Trapped In The 1930s: Artist Draws Popular Characters In Rubber Hose Style
BP Bridge in Millennium Park of Chicago
Breathtaking Aerial Photos Of A Lavender Field In Southern France By Samir Belhamra
You Will Be Amazed By This Super Cool Looking Land Rover Defender D90 'Retro Vibes'
Grave Interruption: Building Around a Tomb in China
This Feline-shaped Kindergarten Is The Cat’s Meow
Archtector Svetozar Andreev Fuses Nature And Modernity To Create Mirrored Steel Form On Malta
Swim In 1,000,000 Recyclable Plastic Balls At Installation In Museum In Washington
Portraits of Couples, Gangs, Children, Friends, and Carnival People at California County Fairs in the Late 1970s
Dreamy Photographs Of Young Women Taken By David Hamilton From The 1970s
Container Community for Migrant Children
Uranium Glass – Collectible Radioactive Glassware From a Bygone Era
This Instagram Account Creates Sinister Parodies of Kid’s Cooks To Ruin Your Childhood Memories
cathedral, france, Notre Dame, paris, retro

Rusty 1961 Mercedes-Benz 300SL Roadster Barn Find Sells For Staggering $800,000
A 1960 Era Atlas E Missile Site that Has Been Converted Into a Self-Sufficient Home
Wide Seats And Plenty Of Legroom: These Old Pan Am Photos Show How Much Airline Travel Has Changed
Stunning Photos Of Actress Ingrid Bergman As Joan Of Arc In 1948
Reading Between the Lines by Gijs Van Vaerenbergh
"Untypical Girls": Early Photographs Of Women In Punk From Between The Late 1970s And Early 1990s
Futuristic Architectural Dreamscapes by Javier Valero
The Family Dog Was Considered In The Design Of This Toronto House
When Paris Was Protected with Sandbags and Masking Tape, 1914-1918
Amazing Vintage Photos Of Badass Women Riding Their Choppers
2007 ‒ 2023 by Design You Trust. Proudly hosted by WebHostingBuzz.
Privacy Policy · Terms of Service · Content Removal Policy ❤️ 🇺🇦