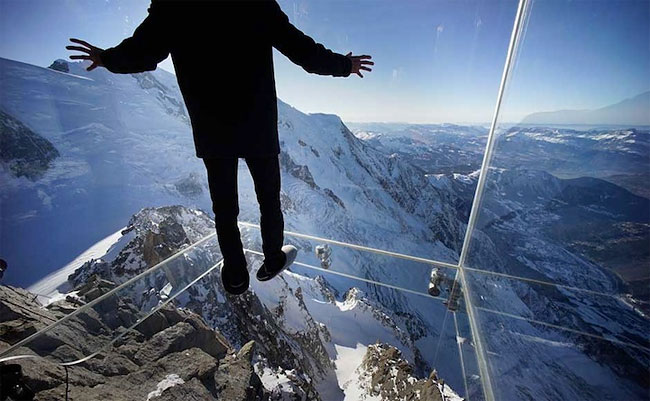 A brand new installation in the French Alps, called Step Into the Void, opens today for those who are not afraid of heights. On the uppermost terrace of Aiguille du Midi, Europe’s highest mountain peak, sits a glass cube that looks like it’s suspended in mid-air. Now the tallest attraction in Europe, the structure has five transparent sides made of three layers of glass binded together. Of course, when you step into the box the most vertigo-inducing feeling will come when you look straight down through the glass floor to the dizzying view 3,395 feet (or 1,035 meters) below.

The attraction was inspired by the Grand Canyon’s Skywalk and was three years in the making. It was designed by Pierre-Yves Chays who custom built it “to the highest standards for safety and clarity.” If you’re brave enough to enter this glass cube, you’ll of course be rewarded with one of the most breathtaking 360° views in all of the world – of the French, Swiss and Italian Alps. Photo above: via Chamonix 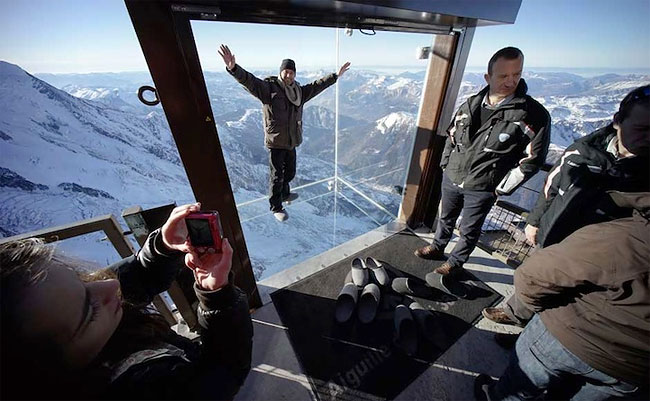 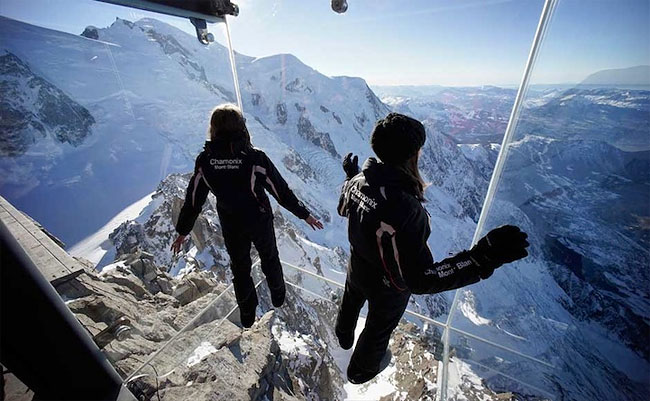 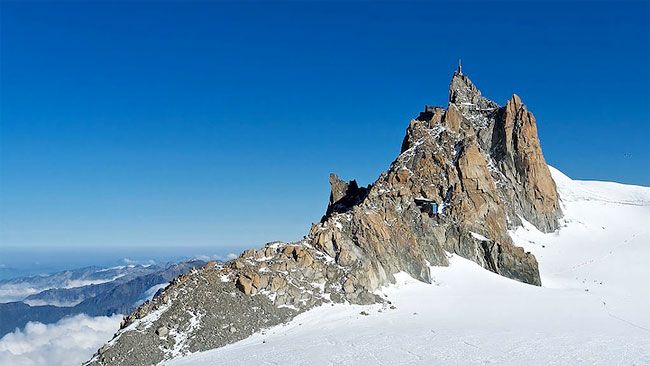 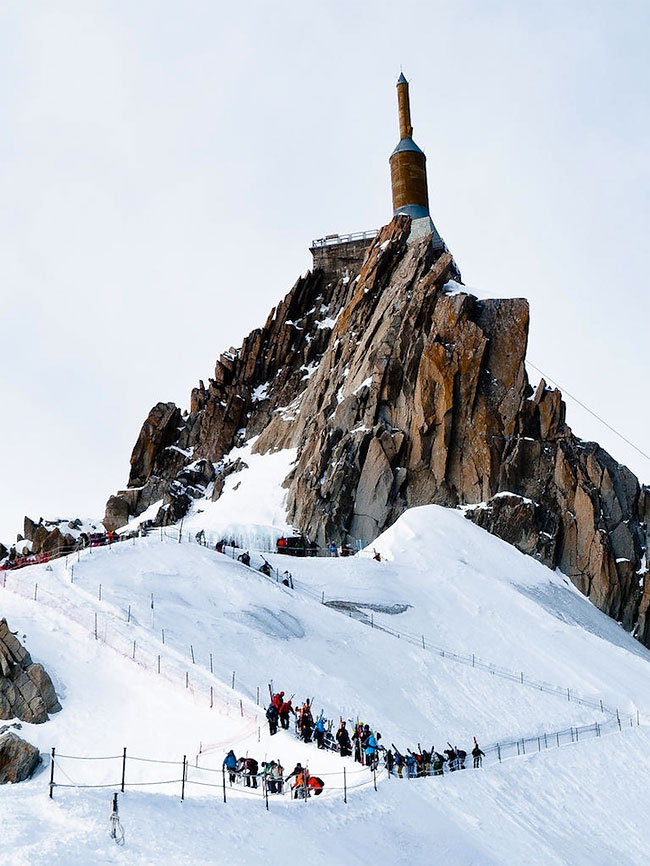 A Bike Was Added To This Huge Green Wall For A Bit Of Whimsical Fun
Lovely House Built by a Russian Blacksmith
This Artist Offers Piles Of Burgers To The Masterpieces Of Painting
The Beautiful Buenos Aires Bookstore Inside A 100-Year-Old Theatre
This House Was Designed With A Wall Space For Projecting Movies On It
Bioclimatic Architecture
Combo: Provocative French Street Art
Klein Bottle House By McBride Charles Ryan
Cercle et Suite D’éclats by Felice Varini
Fantastic Painted Stairs from All Over the World
Mortsafe: Protection from the Living Dead
This Jaw-Dropping 19th-Century German Bridge Uses Its Reflection To Form A Perfect Circle
Re:Create UA Shared the First Works of Talented Contestants from All Over the World on Reconstruction of Buildings Destroyed by War
Ancient Wooden Churches Of Karelia Land
Danish Retailer Vipp Has Created A "Battery-Charging Stations For Humans"
How One Japanese Village Defied the Tsunami
Michail Georgiou Designs A Small Chapel In Cyprus With A Welcoming Form
"Misconceivable"
Terrifying Russian Architecture Which Looks Better From Above
These Creepy And Disturbing Vintage Easter Bunny Photos That Will Make Your Skin Crawl
This Art Installation Was Designed To Create Discussion On What Is Love In Modern Life
A Modern Interior Was Built Inside This Historic Building In Italy
The Cube Project
This Colossal Vessel Will Be A New Public Landmark In Manhattan In 2018
amazingly, french, glass, offers, scary

The Breathtaking Beauty Of Shah-e-Cheragh Mausoleum In Iran
Chinese Province Spends $73M To Reproduce Century-Old 'Ancient Town'
The Surrealist Cube House as Mountain Retreat
Tiger and Turtle
Atmos Studio Creates Amazing StairStalk Staircase For HIDE Restaurant In London
A French Artist Adds His Touch to Dull Street Objects, And We Wish We Had Heroes Like Him in Every City
The Floor Of An Historic Church Transformed Into A Reflective Pool Of Multi-Colored Orbs
Extraordinary Design Shelter That Looks Like A 'Flintstones House', And No One Wants To Buy It
Scary Photos of a Young Linda Blair as Regan MacNeil in "The Exorcist", 1973
Re:Create UA Shared the First Works of Talented Contestants from All Over the World on Reconstruction of Buildings Destroyed by War
2007 ‒ 2022 by Design You Trust. Proudly hosted by WebHostingBuzz.
Privacy Policy · Terms of Service · Content Removal Policy ❤️ 🇺🇦