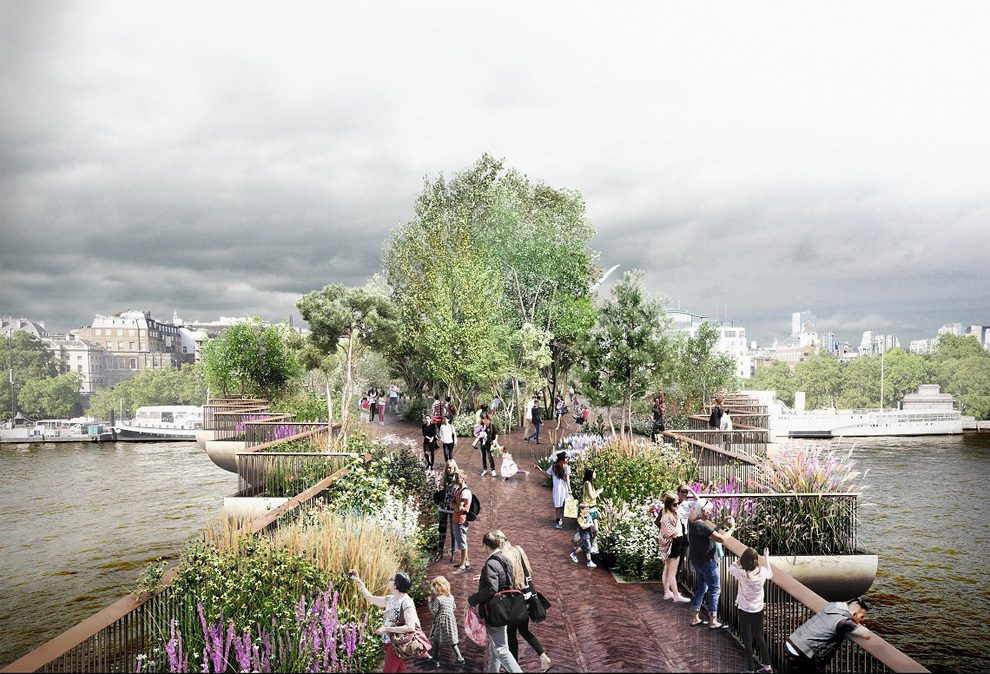 From an idea of the actress and activist Joanna Lumley, the Garden Bridge project has been finally taken over by the Heatherwick. The bridge will be a 6,000 m2 structure. 2,500 m2 will be covered by a selection of plants coming mostly from Northern Europe, but with some contributions from other continents.

The idea behind the project is to make London more and more green and of course, to encourage inhabitants to walk. However, the project has been strongly criticized by London citizens because of the total amount needed to terminate it. For now, the construction is therefore slowed down. 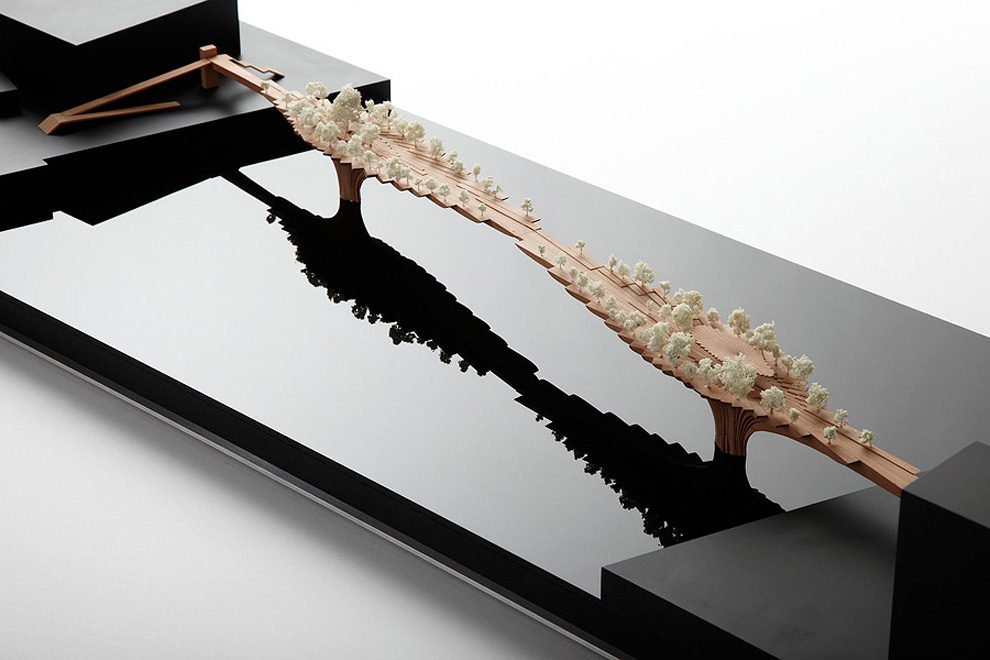 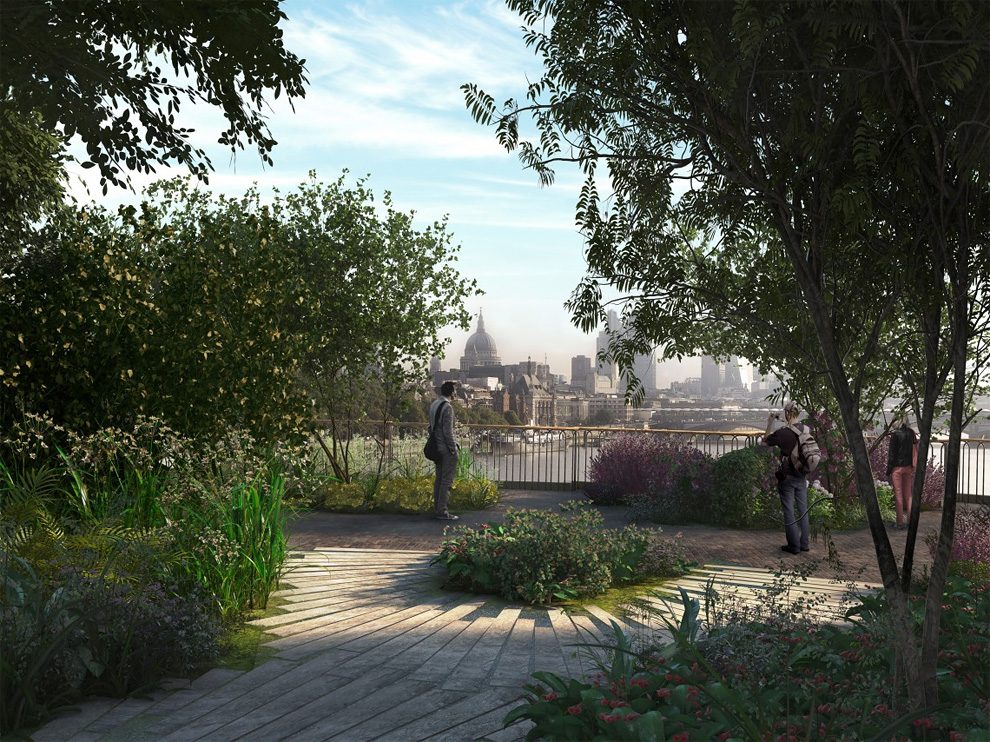 Window of the World: Europe Made in China
This Is Europe's Most Expensive Home
Hyperloop Mojave Desert Campus by Panda Labs: Architecture in a Constant Evolution of Adaptation and Regeneration
Re-Imagining The Empire State Building In 9 Different Architectural Styles
A Giant Ancient Egyptian Statues Unearthed
The World's Largest Cruise Ships: A Look Inside
The Surrealist Cube House as Mountain Retreat
House in Black
Inside the World's Biggest Tree House by Horace Burgess
Swim In 1,000,000 Recyclable Plastic Balls At Installation In Museum In Washington
London Olympic Village
ZFC-1: The Real Zombie Fortification Cabin
People In Montreal Are Playing On Light-Filled Seesaws This Winter
An Abandoned Indonesian Church Shaped Like a Massive Clucking Chicken
Architect Designs Sustainable Futuristic Tree Houses In Italian Forest
Playscraper, a Skyscraper Composed of Tennis Courts
Studio Allergutendinge’s Soul Box is a Portable Retreat for ‘Glamping’ in Nature
The Unique Bridge Between Sweden and Denmark
Legendary London’s Thinnest House is for Sale
Architects Creates Super Luxury Residence On Top Of The Seaport Crane
91-Year-Old Man Spends 56 Years Building His Own Cathedral Alone
Abandoned Olympic Venues Around The Globe
Prague’s Tallest Building Could Soon Become This Post-Apocalyptic Metal Tanker Crashed Into A Skyscraper
This Street Library In Bulgaria Encourages People To Read
Perfectly Camouflaged Log Cabin by Hans Linberg Looks Like a Pile of Firewood
World's Tallest 48-Meter Buddha Statue in Eastern China
Impressive Examples of Soviet Brutalism in Architecture
Brand New Wall for Your Apartment
Latin American Architecture Firm Gómez Platero Has Unveiled a Design for A Circular Monument in Uruguay to Remember Coronavirus Victims
This House Sings Like A Saxophone At Night
bridge, garden, london, project, stunning