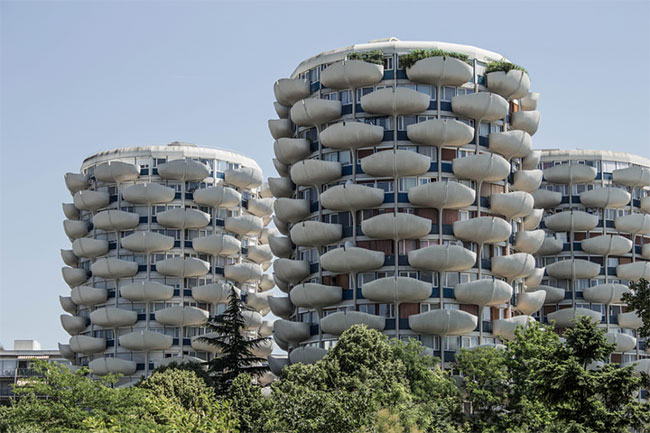 This hypnotic, vegetable utopia might look like it rolled out of a Stanley Kubrick film set, but it was in fact the dream project of French architect Gérard Grandval.

In the wake of WWII, architecture had been about building for many, and building fast, resulting in rather boxy structures. But Grandval had a grander vision, and championed an “organic design” philosophy when drafting plans for the city’s new social housing.

“The flower is my anti-cube,” he said about the site, “everything looked the same back then. Créteil was my chance to do something different.”

Grandval said he actually drew inspiration from Dahlias while drafting up the plans, but that locals “thought the buildings looked like cabbages or cauliflower, so the name stuck” A natural comparison, given that the region was a large producer of the staple French veggie.

It’s true that the utopia didn’t quite work out as planned. The upkeep for the structures was tedious, the apartments had little storage, and the balconies never became sprawling with plant life. In 2008, the government classified the site as a historic landmark. Today, the Créteil Cabbages are seen as a beloved, albeit awkward, testament to the groovy French idealism of the 1970s. 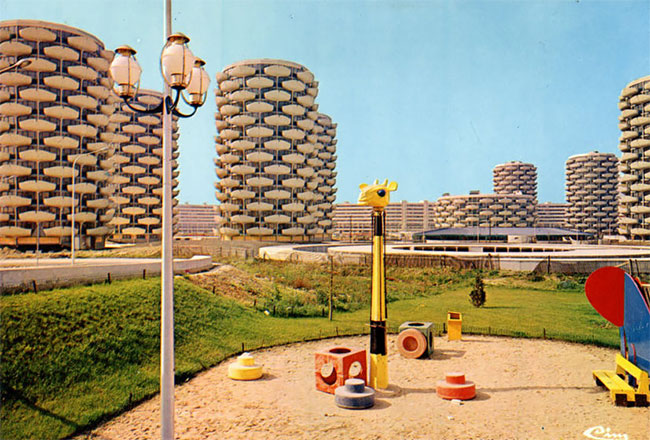 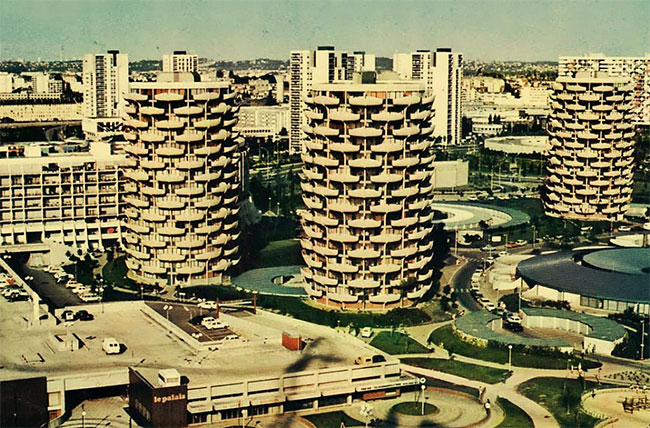 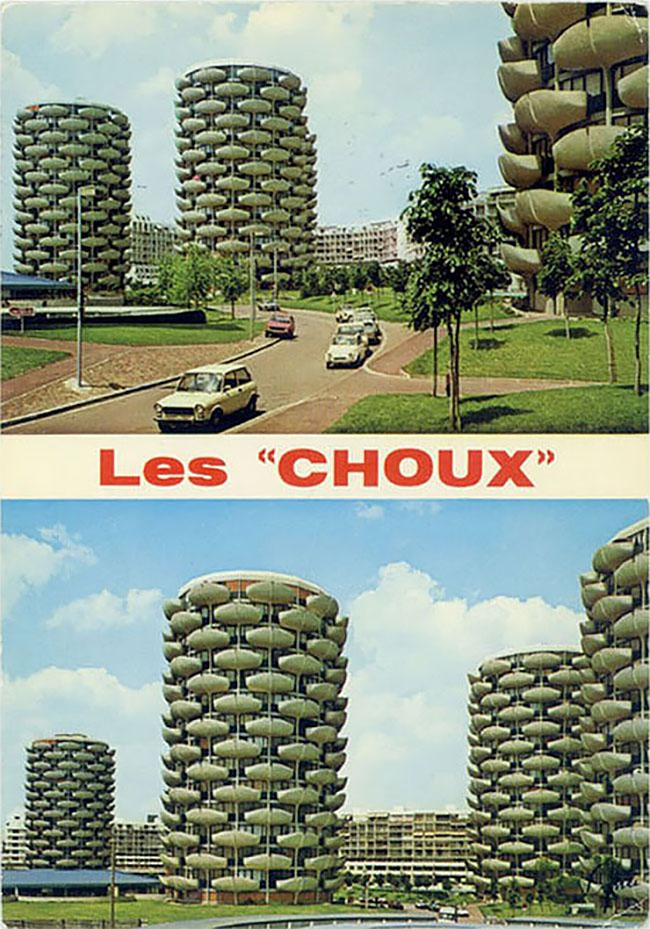 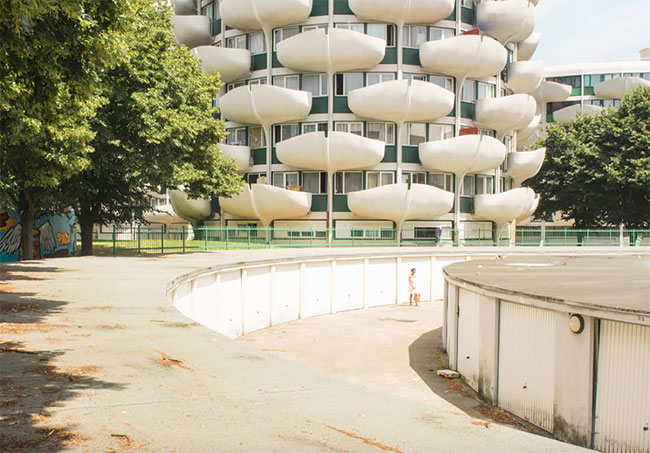 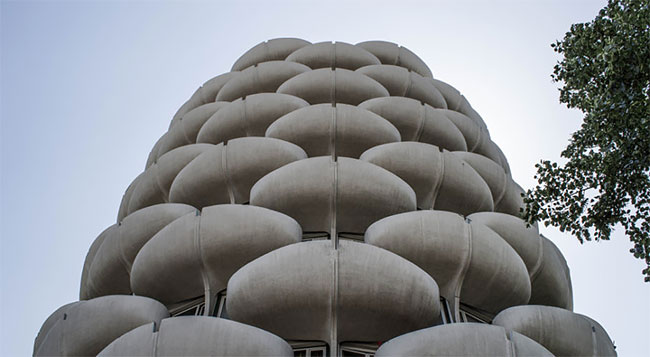 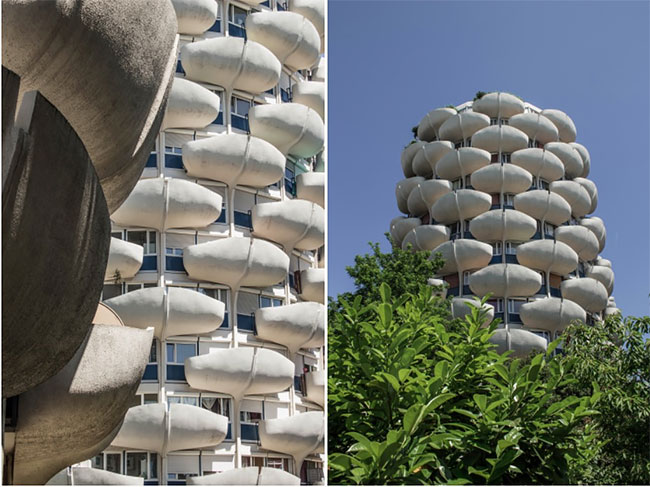 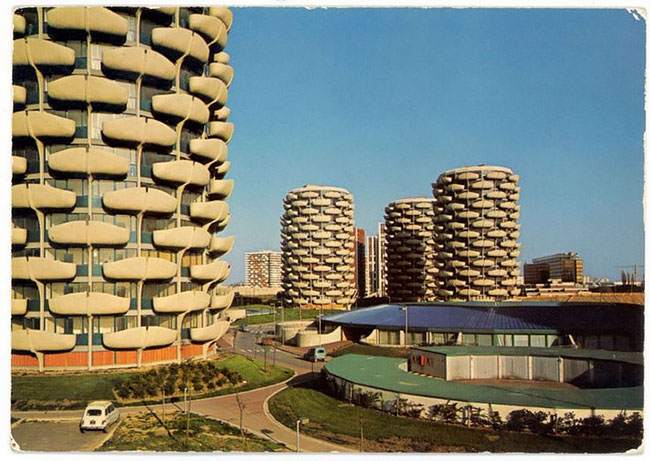 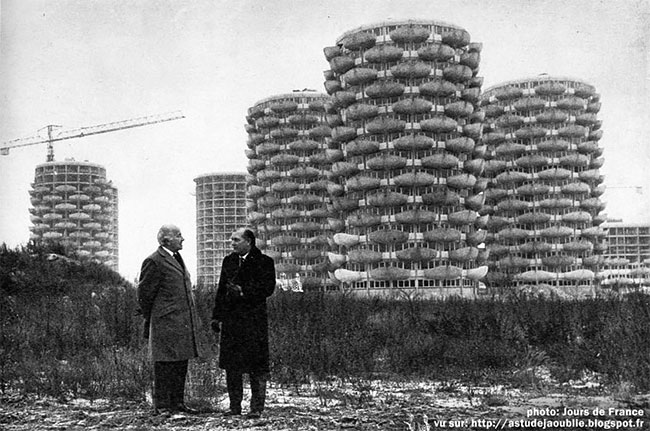 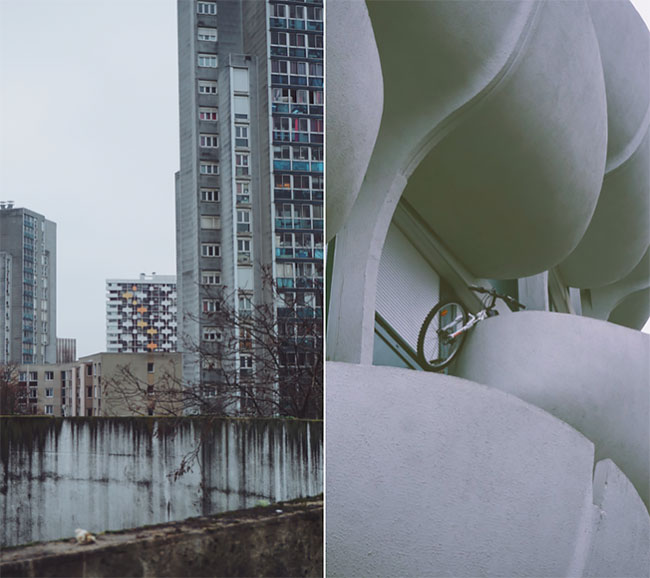 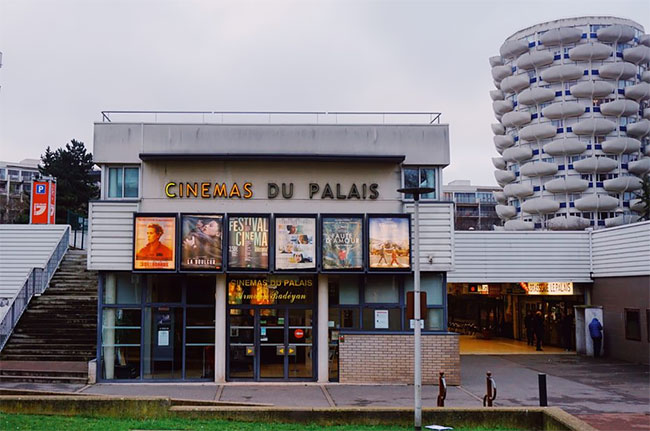 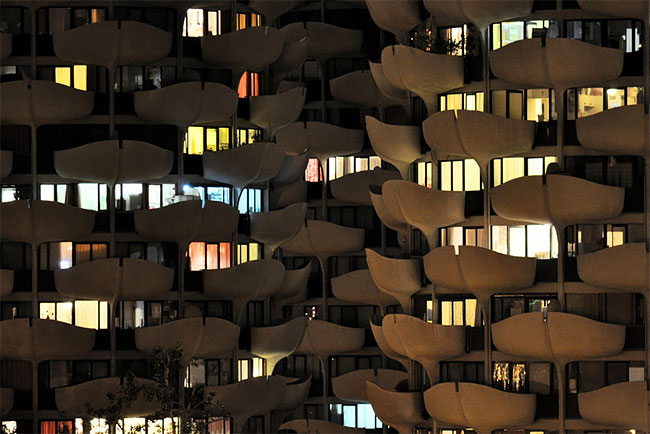 Aizhai Bridge: World’s Highest Tunnel to Tunnel Bridge
Atmos Studio Creates Amazing StairStalk Staircase For HIDE Restaurant In London
Turkish Interior Architect Hayri Atak Proposes Cantilevering Glass Pool Over Norwegian Fjord
Floriade 2012: World Horticulture Festival
World’s Largest Vertical Garden Blooms With 85,000 Plants In The Heart Of Bogota
Brutalist Breuer Building Owned By IKEA Could Become Hotel In Connecticut
Enigmatic And Brutalist Post-Communist Sculptures In The Balkans
These Haunting Pictures Of An Abandoned Funeral Home Will Send A Shiver Down Your Spine
People On This Group Are Sharing Examples Of ‘Urban Hell’ That Look Like A Dystopian Movie But Are Sadly Real
These Beautiful Photos Of Subway Stations Will Transport You From Your Daily Commute
Delicate Patterns Adorn The Walls Of This Bright Nail Salon Interior
Brutalist Buildings Made From Lego Bricks
Amazing Glass House In The Middle Of Nowhere
How To Go All Out For Halloween Without Decorating Your House
The Image of an Orthodox Church in a Modern Architectural Solution
Manipulated Photography by Victor Enrich of a Munich Hotel
How North Korean Architects Envision the Future
Sculptural Mesh Structures Give This Apartment Building Its Own Personality
Do Not Judge the Book By Its Cover...
An Architect In France Has Designed A Concrete Pool Table For Public Spaces
384ft-Tall Apartment Tower To Be World’s First Building Covered In Evergreen Trees
Stuttgart Municipal Library In Photographs By Skander Khlif
Created With Billions Of Blocks: Pore Over These Gorgeous Minecraft Creations
Man Uses 11 Shipping Containers To Build His 2,500 Square Foot Dream House, And The Inside Looks Amazing
cabbage, concrete, paris, utopian, village