According to fold7 advertising agency: “Our next installment of ‘If Carlsberg did’ activity broke yesterday with the launch of the world’s first ever beer-serving poster at The Truman Brewery in Shoreditch. For one day only, the public were able to pour themselves a Carlsberg direct from the poster, which was embedded with a Carlsberg tap and a stack of glasses. As you’d expect, the announcement of free beer coupled with a burst of early summer sun caused quite a commotion, with punters queuing from midday right through to the evening.” 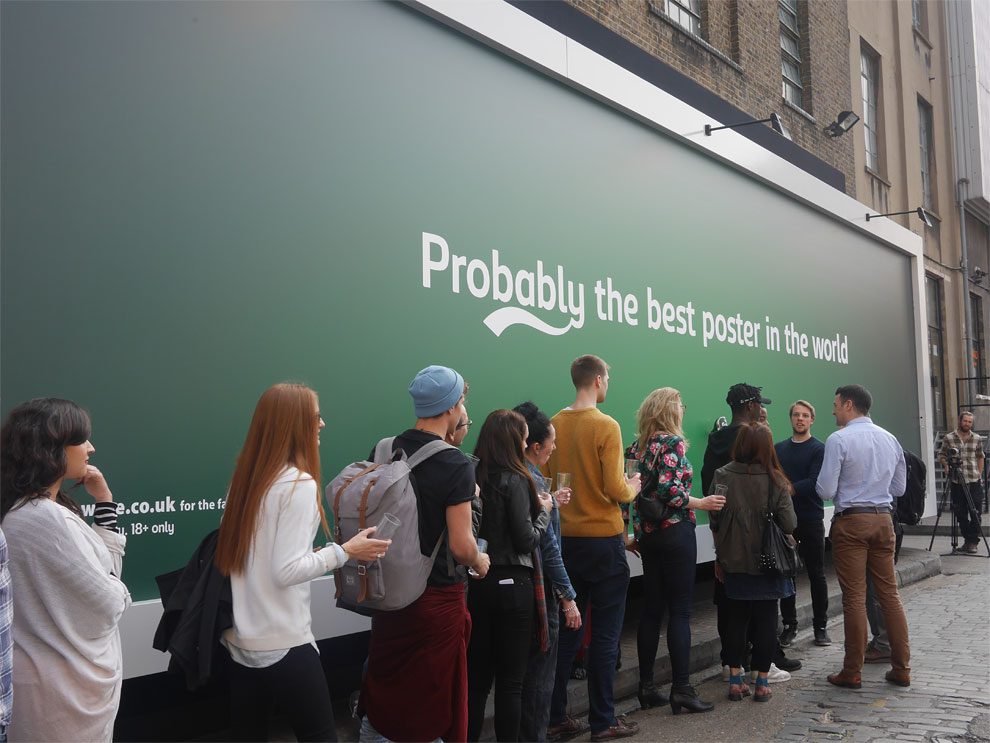 “The twist on the traditional poster, which is also being supported by a social media drive, quickly became a hit with folks lapping up the chance to boast about the one-off experience with their peers on their social profiles. Coverage was gained in Sun online, Mirror.co.uk, Metro, The Telegraph online, the Guardian, Time Out London and internet phenomenon, The LAD Bible. This form of creative advertising even saw global attention, generating fans all over from Ireland, to Ukraine, to France and Russia. American weekly news magazine TIME were also keen not to miss out on the beer hysteria. Probably the best poster in the world? No need for ‘probably’ anymore it seems…” 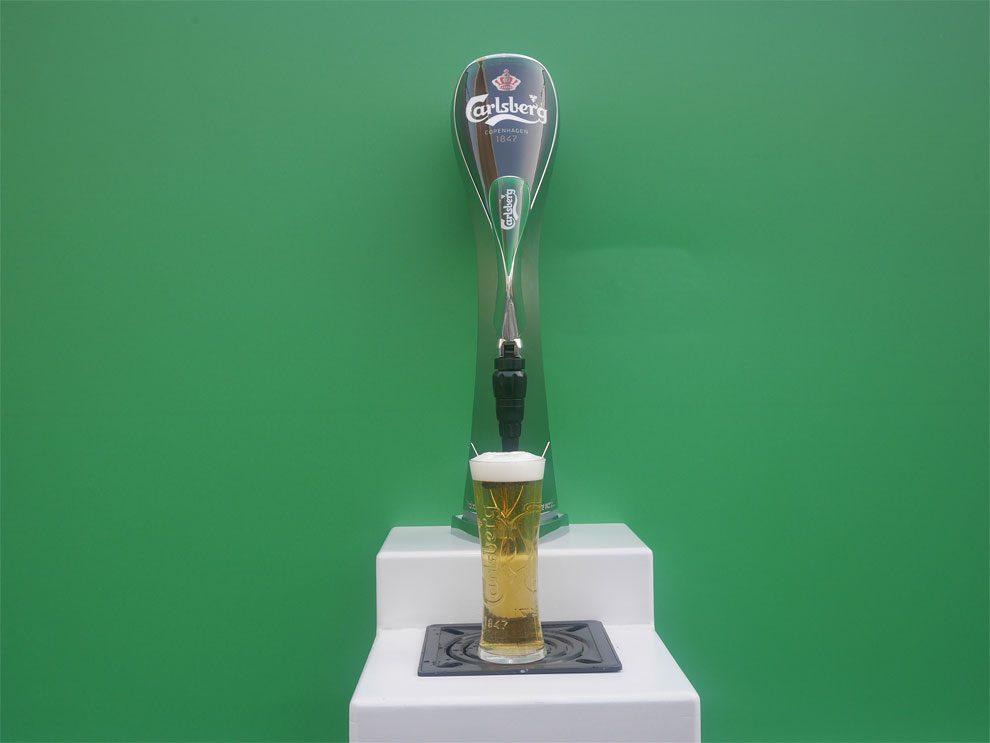 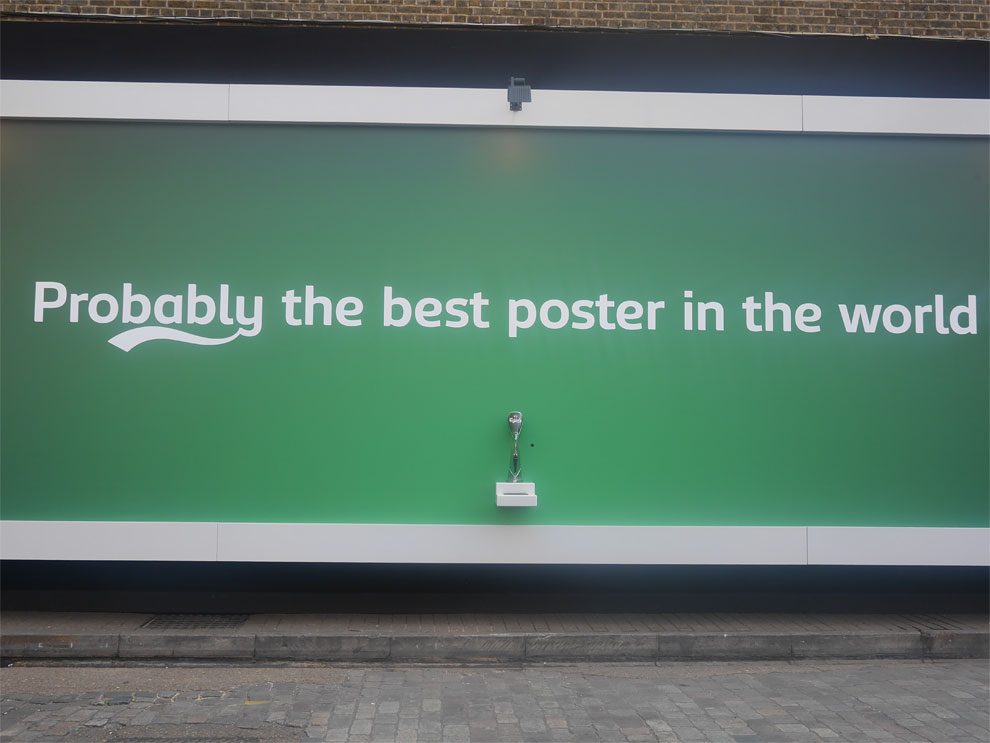 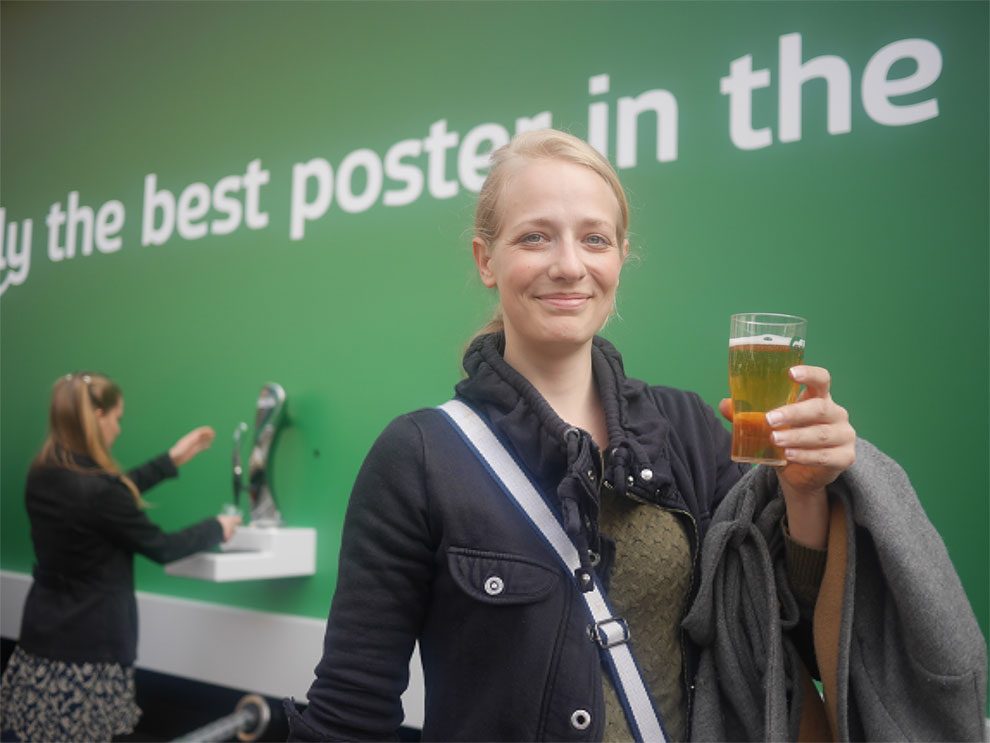