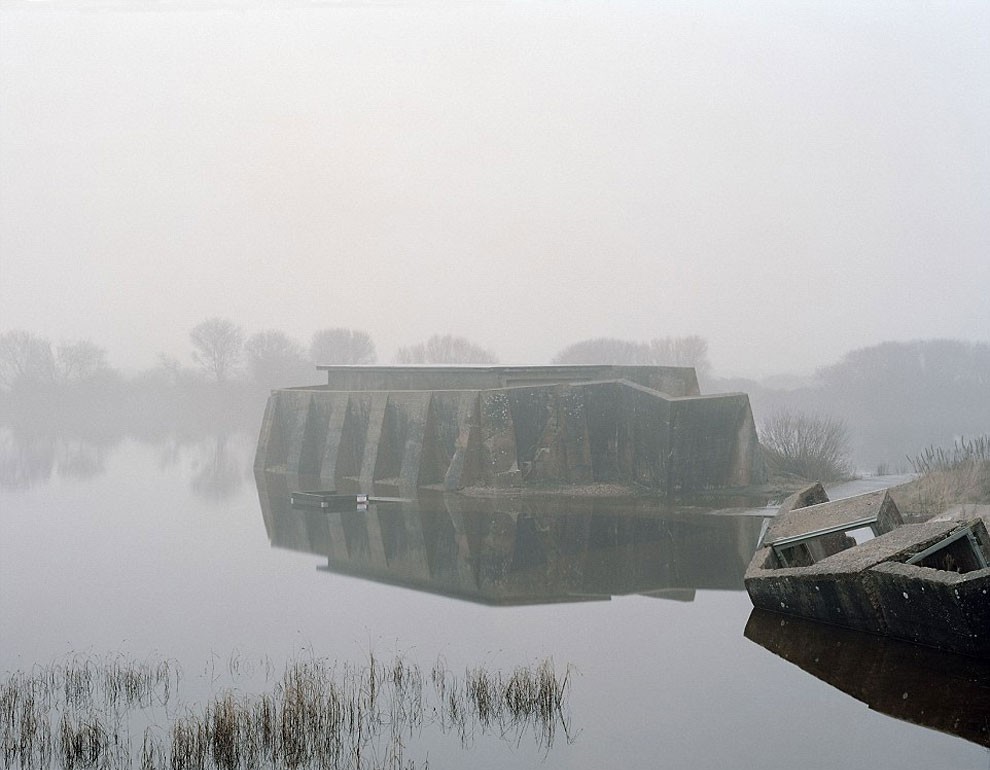 From Britain to Denmark and France to Norway, these are among Europe’s eeriest abandoned Second World War fortifications. Among the military structures pictured are those at Widemouth Bay in Cornwall, Hayling Island in Hampshire and Studland Bay in Dorset. They were also photographed at Lamba Ness in the Shetlands, Newburgh in Aberdeenshire and Cramond Island in the Firth of Forth.

Above: HAMPSHIRE: An anti-aircraft battery at Sinah Common on Hayling Island in Hampshire, where six gunners died in a heavy raid in April 1941 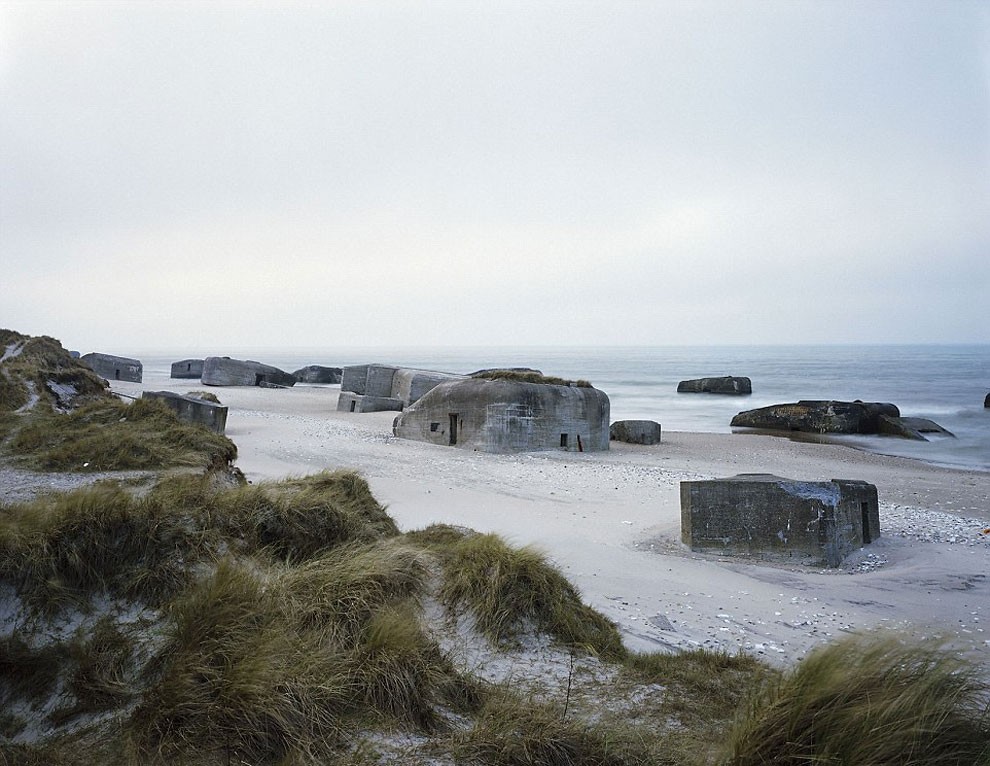 Marc Wilson has been travelling around Northern Europe’s coastlines for the past few years to capture photos of the structures. The Bath-based photographer aimed to reflect the history held in the continent’s landscape for his series named The Last Stand.

Above: DENMARK: These structures formed part of the Battery of Vigso in Nordjylland, which housed four 10.5cm cannons, an observations bunker for gunfire control, crew bunkers, anti-aircraft defences and machine-gun posts 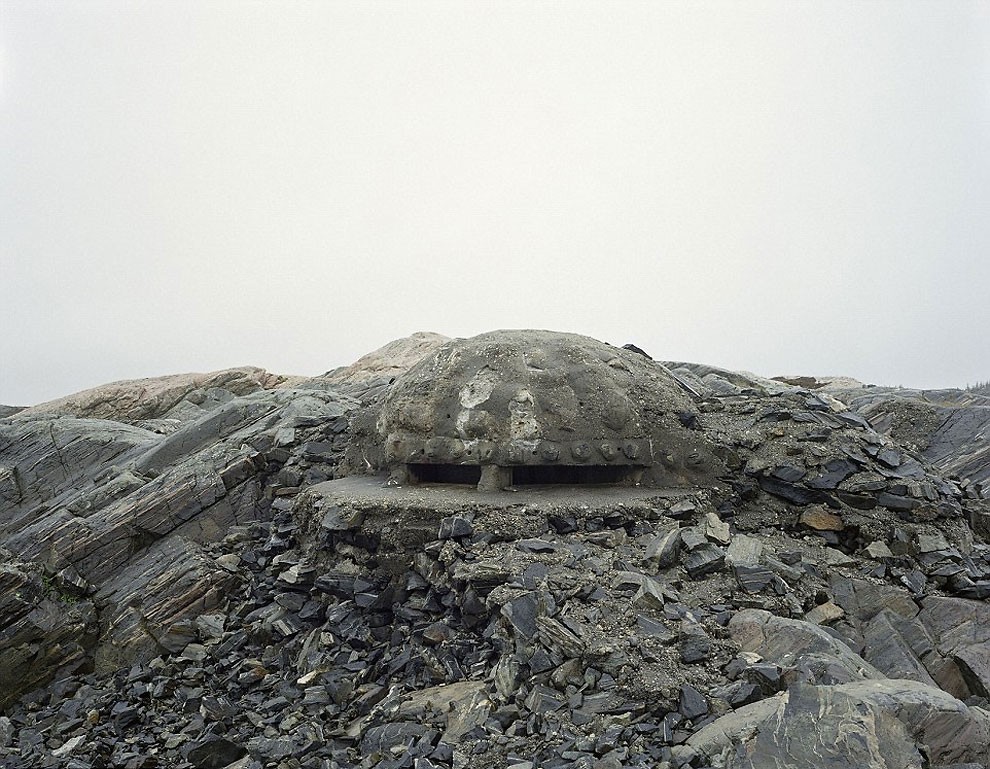 Mr Wilson also visited Normandy in France, as well as Houvig and Vigso in Denmark, Haugesund in Norway and Brean Down in Somerset. He travelled 23,000 miles across 143 locations to capture the stunning images along the coastlines, which form part of a 170-page book.

Above: NORWAY: A lookout structure in Haugesund, Rogaland – the area where Operation Checkmate took place, a raid on shipping by British Commandos in 1943. Several ships were sunk with mines but the attackers were captured, and all but two died at a concentration camp 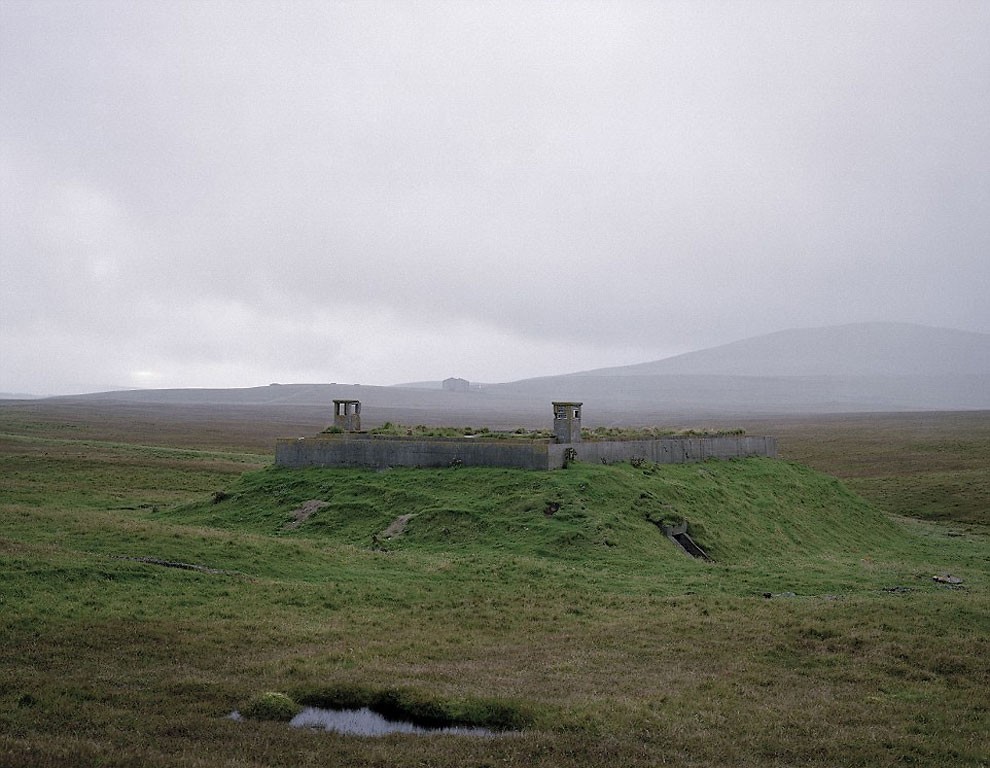 SHETLAND ISLANDS: This radar station was set up at Lamba Ness in Unst, the most northerly island of Shetland, when Britain decided to extend the range of its radar covering Orkney and Shetland. The base could detect enemy aircraft flying at a minimum altitude of 500ft 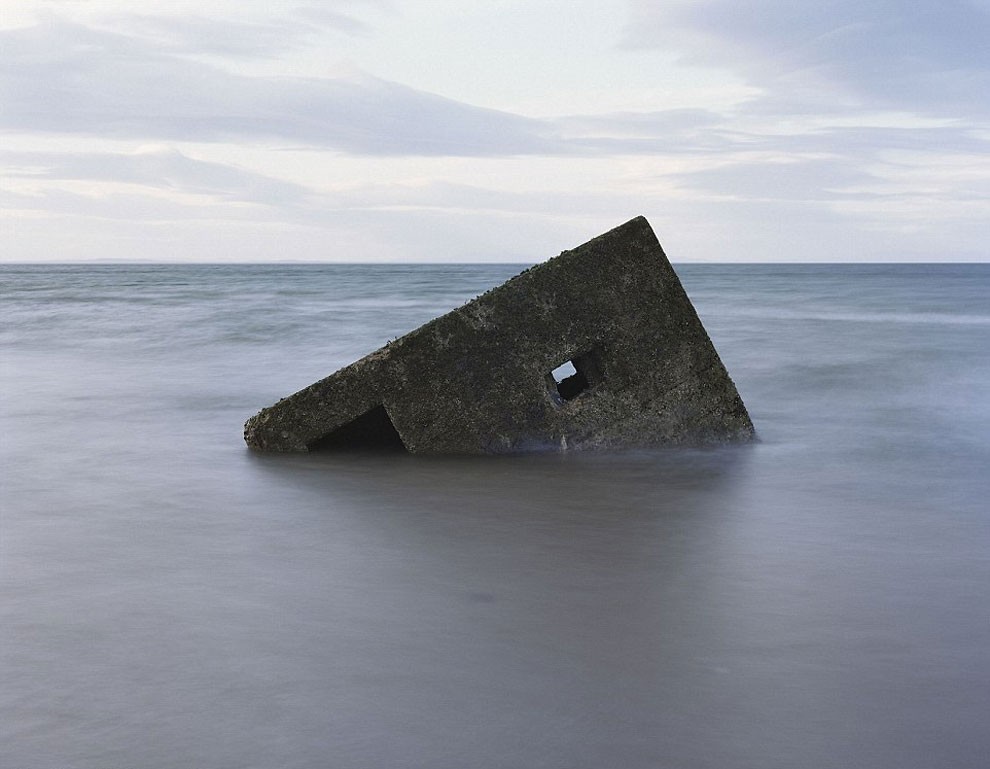 SCOTLAND: This structure has almost sunk at Findhorn Bay, near Inverness, where Special Operations group the ‘Shetland Bus’ ferried agents and equipment from the Shetland Islands into Nazi-occupied Norway, helping to maintain contact with resistance groups 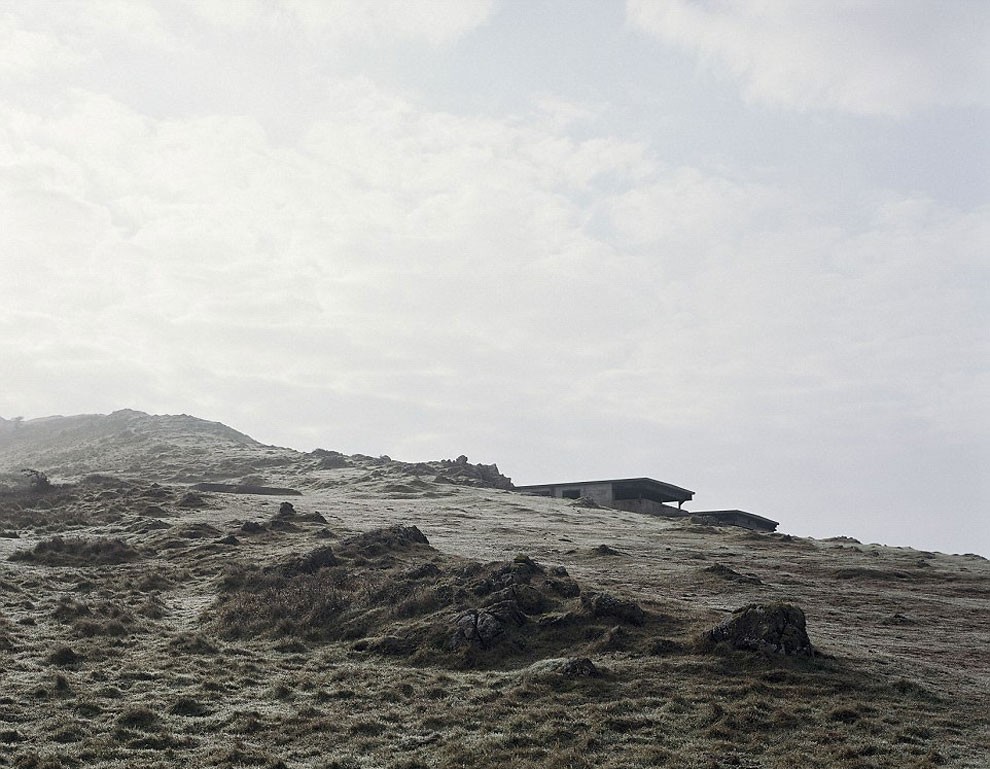 SOMERSET: A partial view of Brean Down Fort, located near Weston-super-Mare, which is a Victorian structure now open to the public – and still contains rare training remains from the Second World War. It also has remains of a Roman temple and an Iron Age hill fort 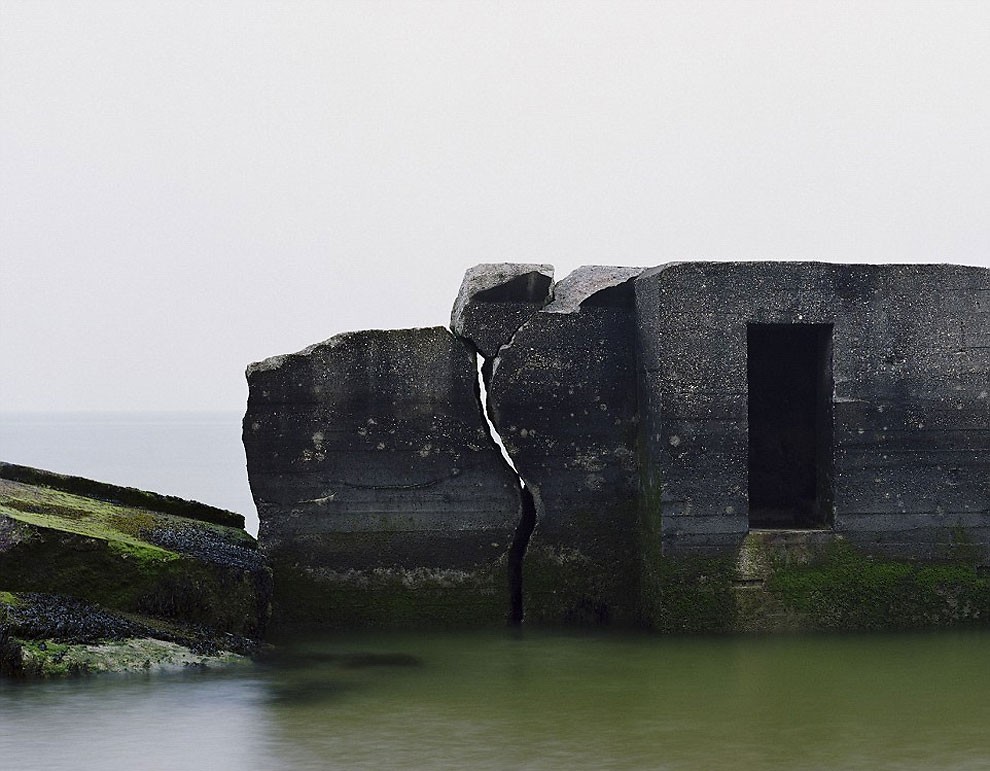 FRANCE: One of the military structures left on the beach of Wissant, in Nord-Pas-de-Calais in France, which is the closest point on mainland Europe to the English coast – and was heavily fortified by the Germans because of the impending threat of a British invasion 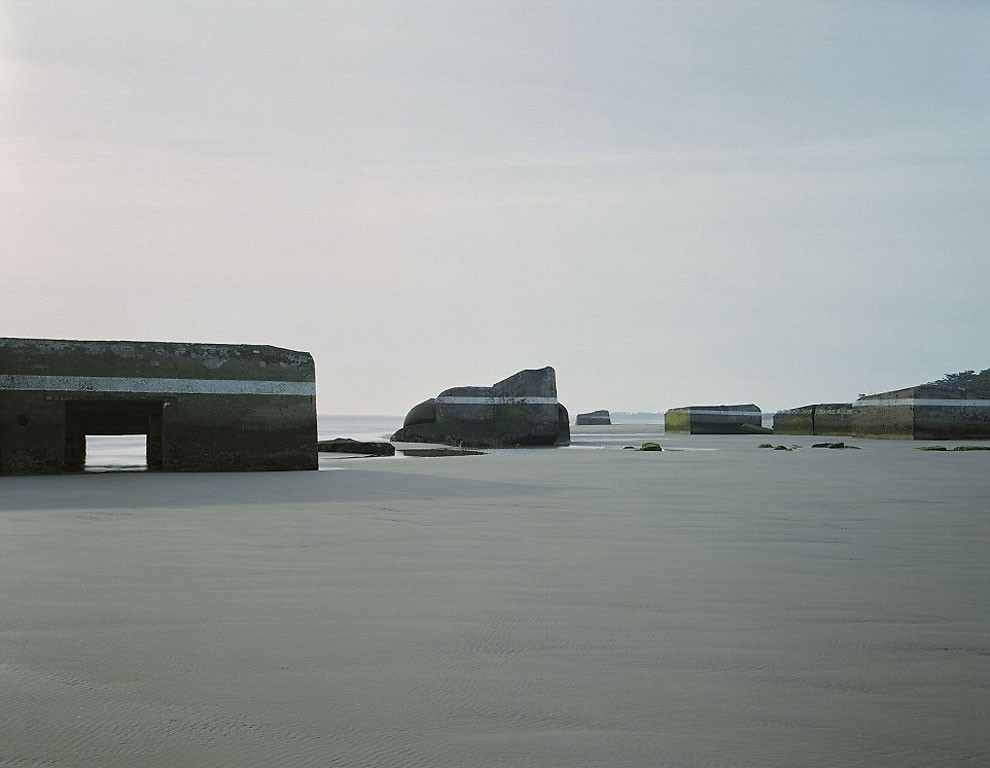 FRANCE: Second World War bunkers on the beach at Saint-Palais-sur-mer in Charente-Maritime, in the south-west of France near Bordeaux 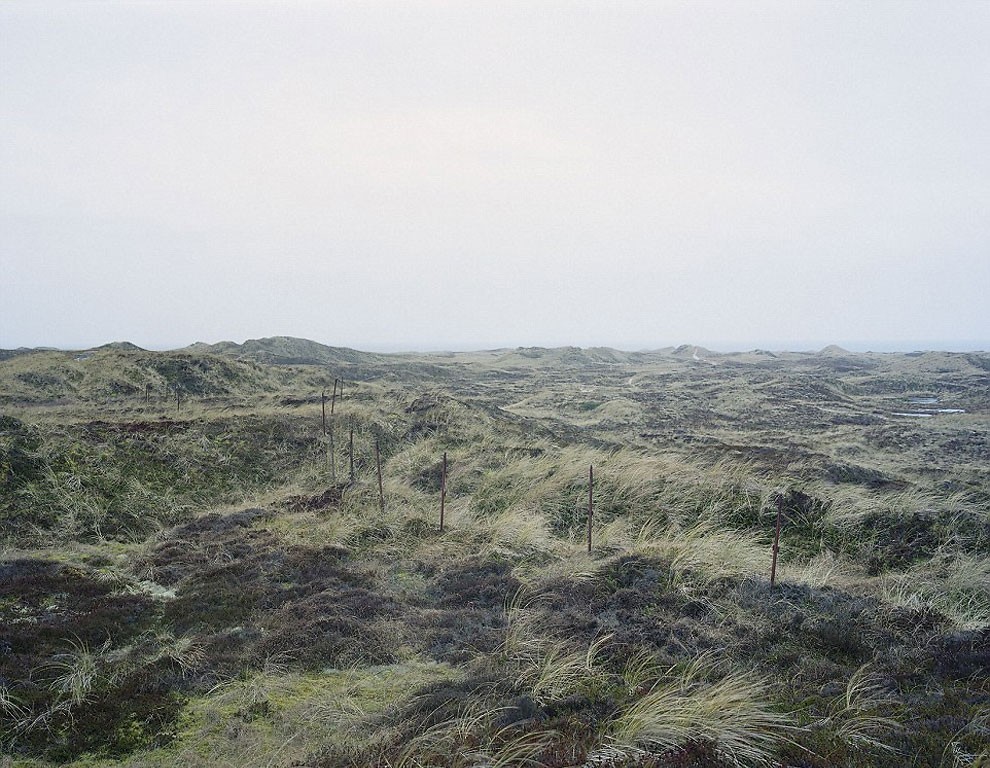 DENMARK: Fortifications at Vorupor in Nordjylland, which is a small village in north-west Denmark known as a hub of inshore fishing 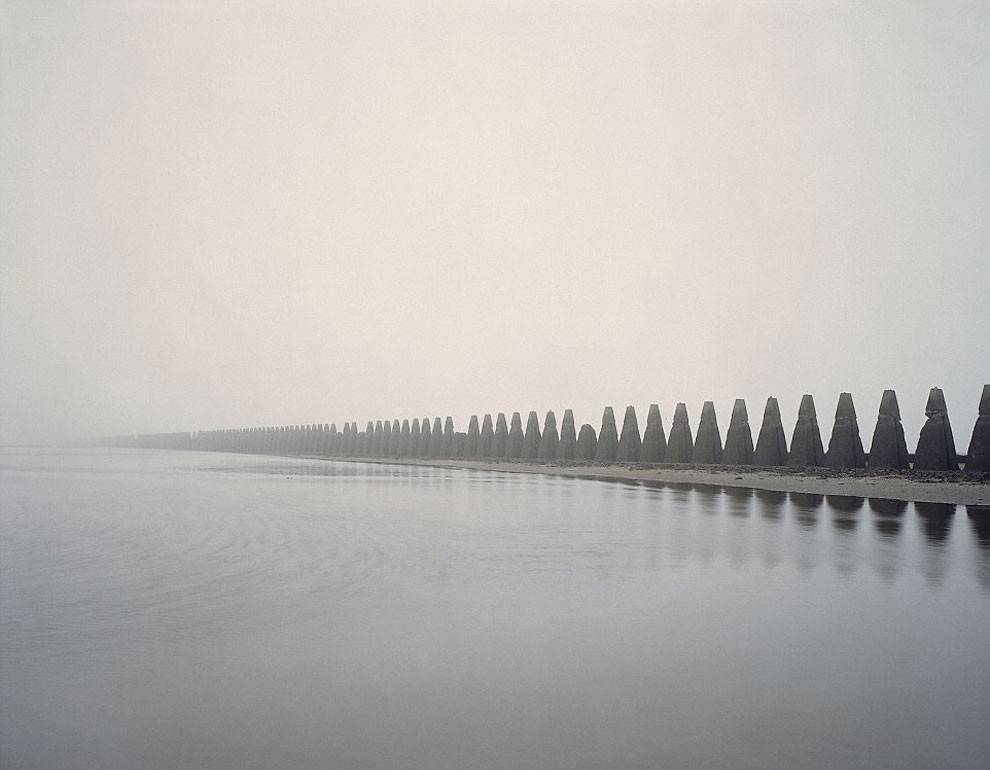 SCOTLAND: Cramond Island in the Firth of Forth near Edinburgh, which was fortified at the start of World War Two to protect the coasts – with structures across the causeway still remaining including those for a 75mm gun and its associated searchlight 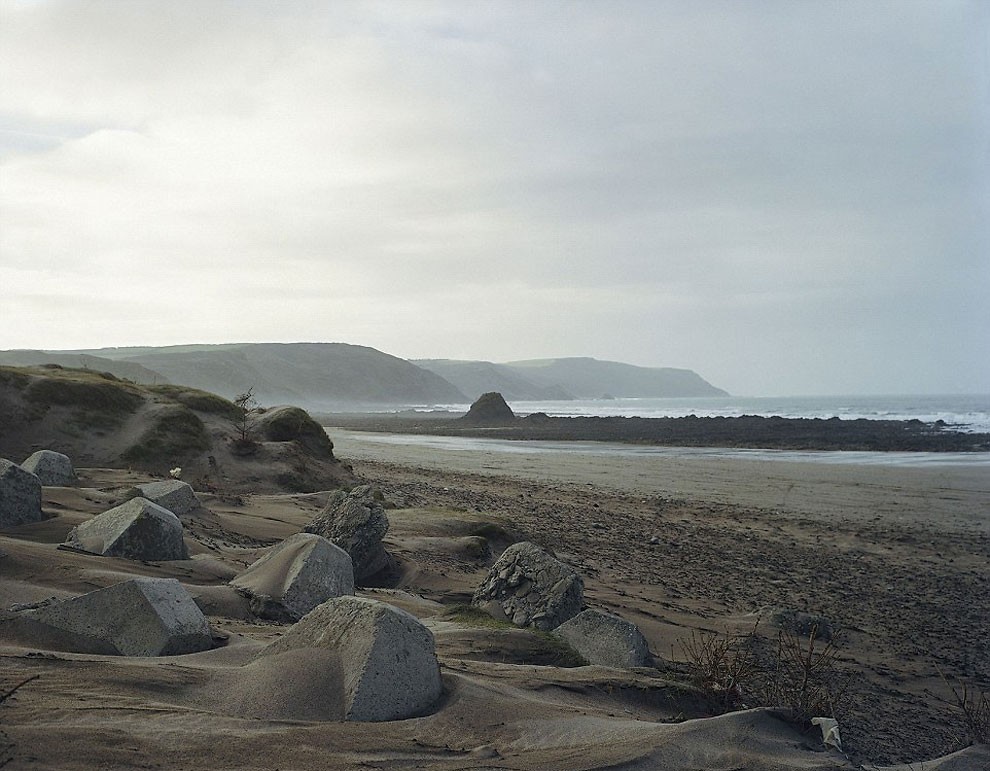 CORNWALL: Widemouth Bay near Bude, a popular beach with families and surfers, which is also the landing point for various important communications cables which link Britain to other countries 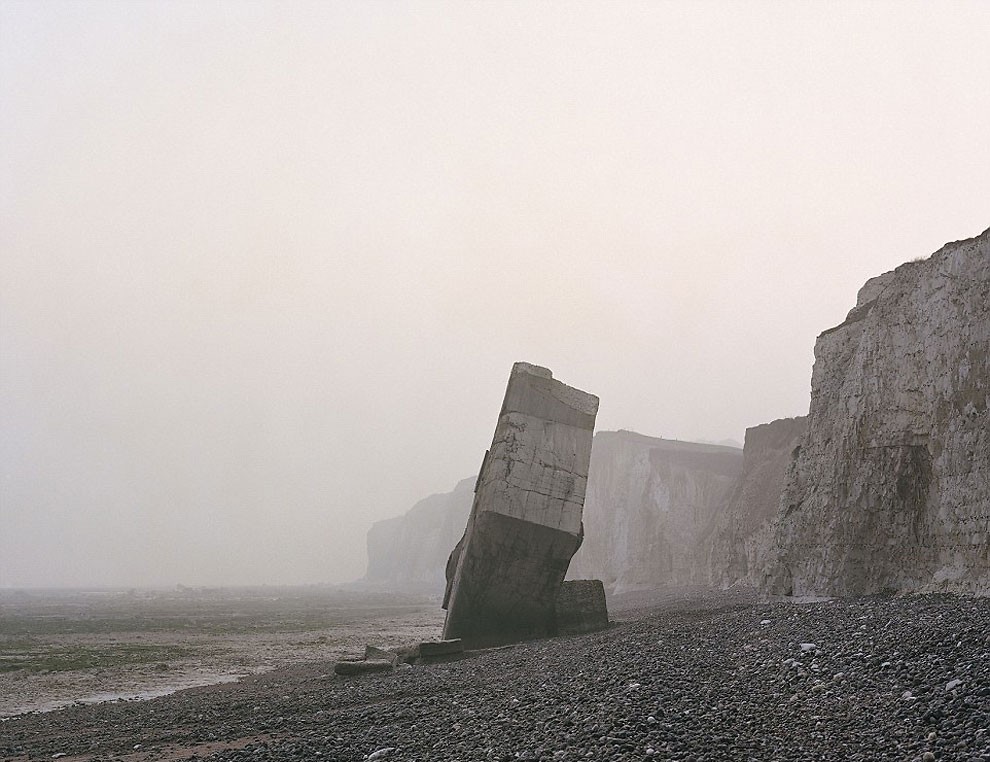 FRANCE: A fallen German blockhouse from World War Two on the beach of Sainte-Marguerite-sur-mer in Upper Normandy, near Dieppe 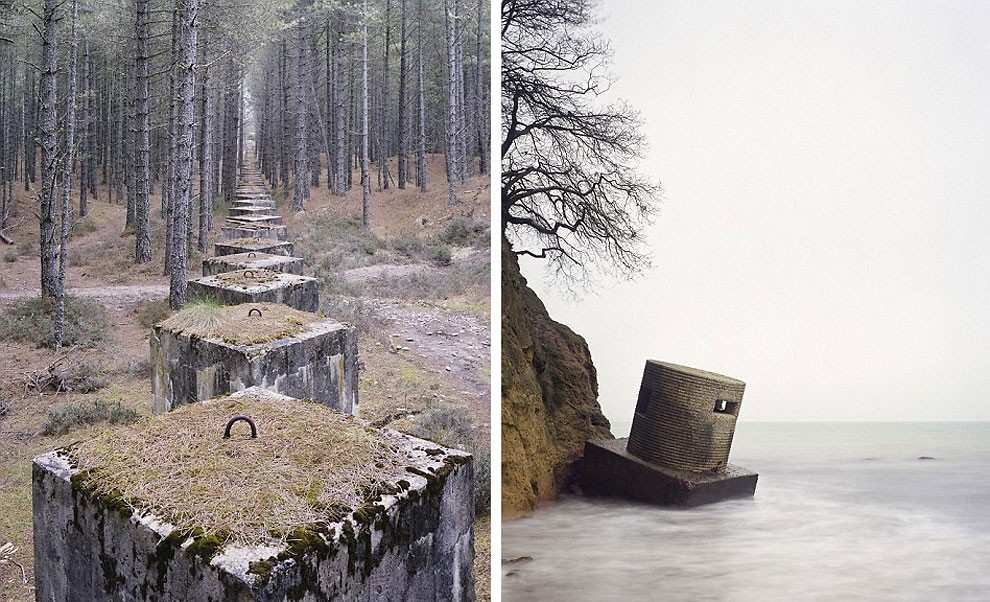 SCOTLAND and DORSET: Defences constructed by a Polish Army Engineer Corps stationed in Lossiemouth, Moray (left), and Studland Bay in Dorset, one of the points of the south coast where a German invasion was seen as possible (right) 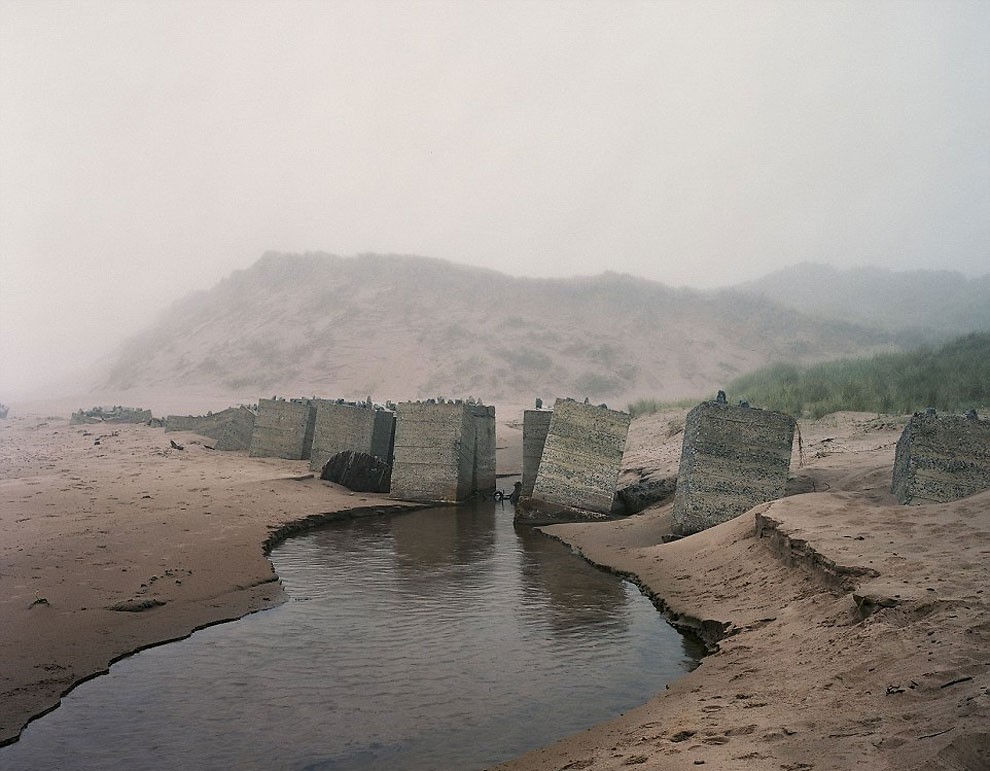 SCOTLAND: Concrete anti-tanks blocks on the beach at Newburgh in Aberdeenshire, which were constructed by engineer GA Mitchell 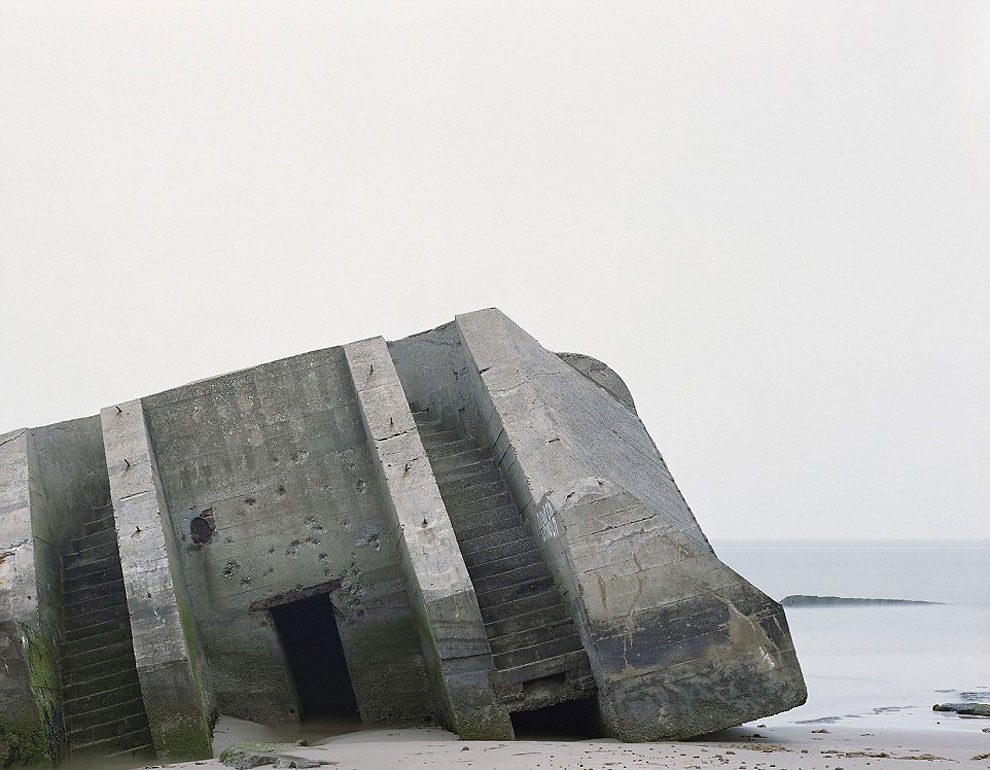 FRANCE: Another defence structure on the beach at Wissant in Nord-Pas-De-Calais, where a number were scattered across the beach 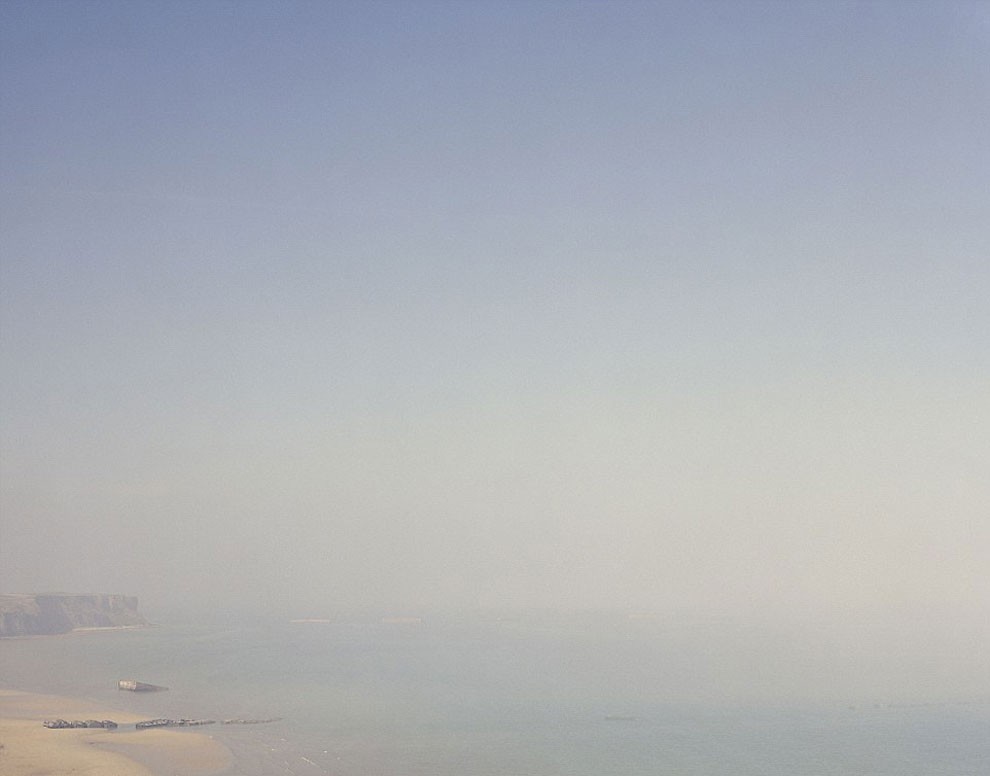 FRANCE: Arromanches-les-Bains in Normandy, a location of the D-Day landings and where the portable Mulberry Harbour was installed 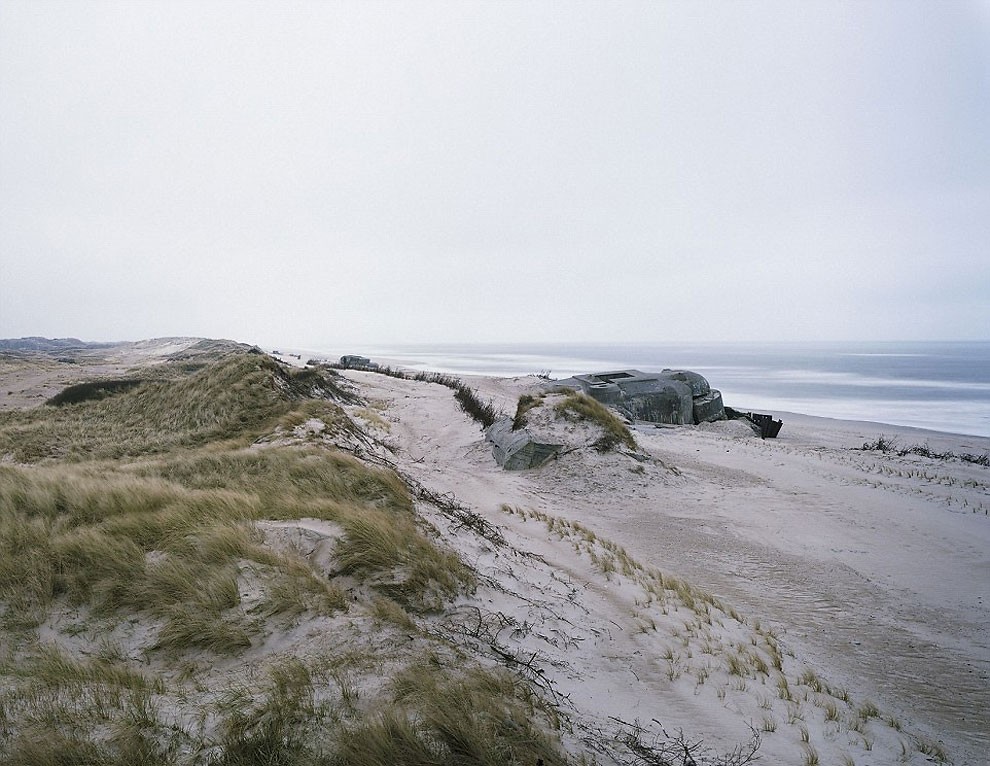 DENMARK: Houvig, Midtjylland, was the site of the German Atlantic Wall, which consisted of 50 bunkers and 50 other concrete installations 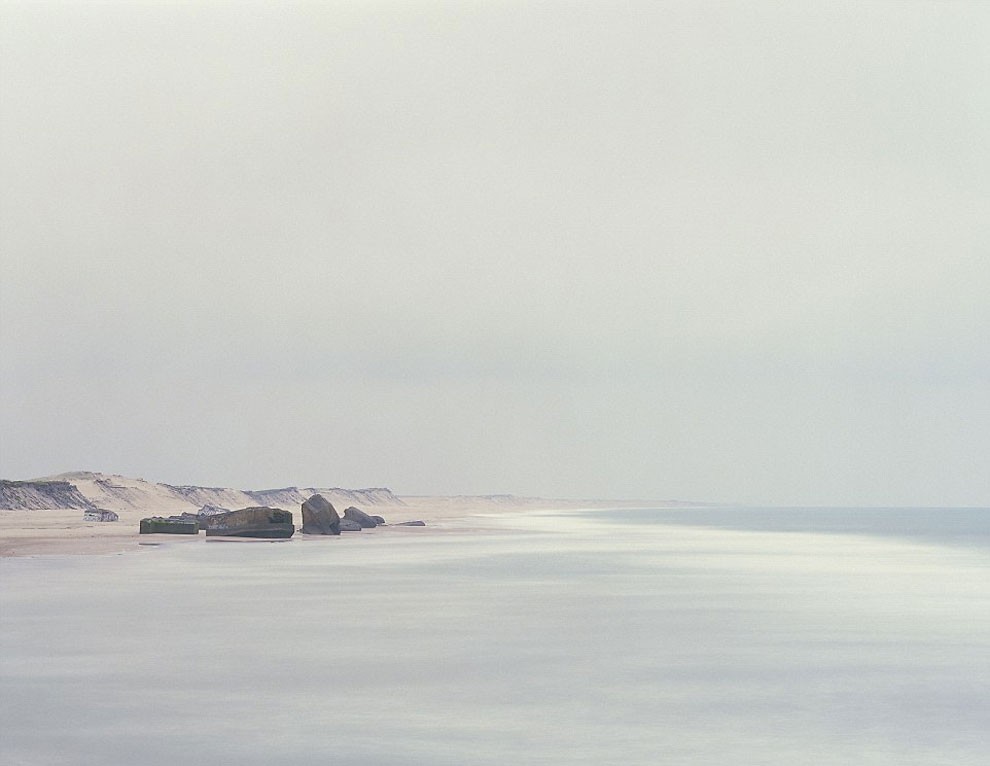 FRANCE: Abandoned buildings from the Second World War at Capbreton in Aquitaine – in the South of France, near the Spanish border

FRANCE: Colleville-sur-mer, which was designated Omaha beach during the Normandy landings, and is now the location of the Normandy American Cemetery and Memorial