Evocative Photos of Life in Texas in the 1970s 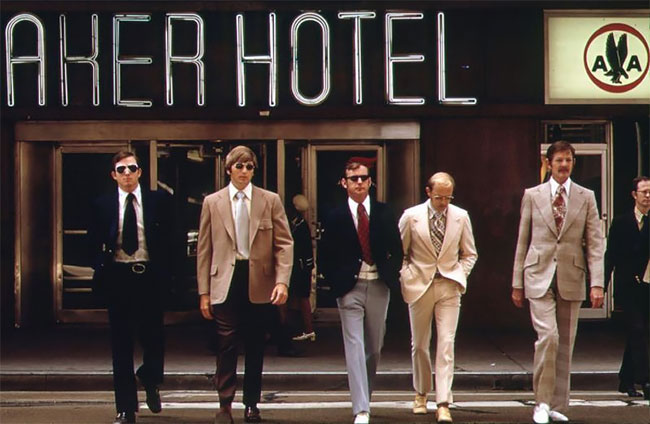 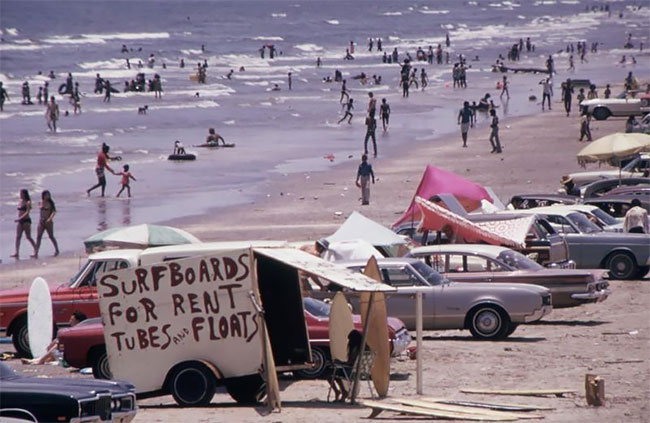 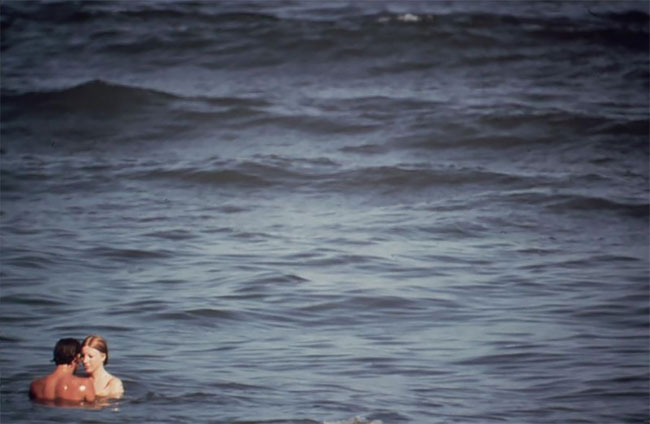 With support from the first EPA administrator, William Ruckelshaus, project director Gifford D. Hampshire contracted well-known photographers to work for the EPA on the project. Estimates of the number involved range between 70 and 120, and they were organized geographically, with each photographer working in a particular area in which they were already active. For example, Leakey, Houston and San Antonio in Texas were covered by Marc St. Gil.

Dune buggy on Stewart Beach on the eastern tip of Galveston Island, 1972 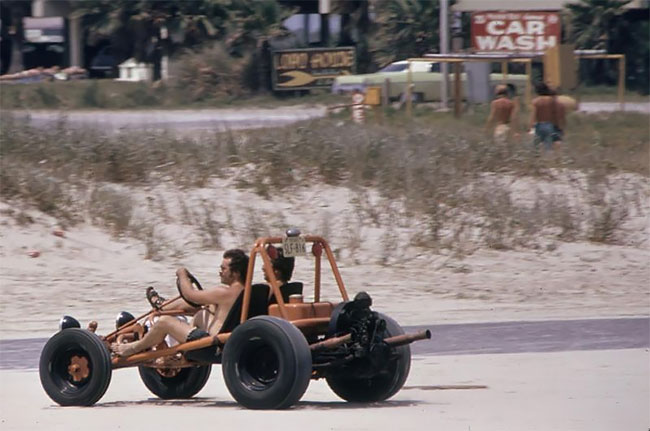 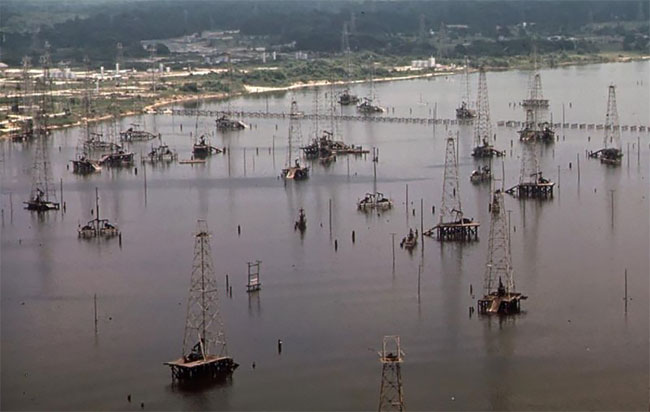 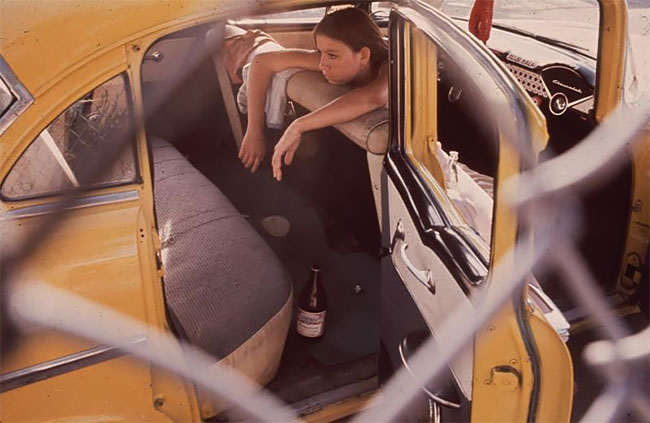 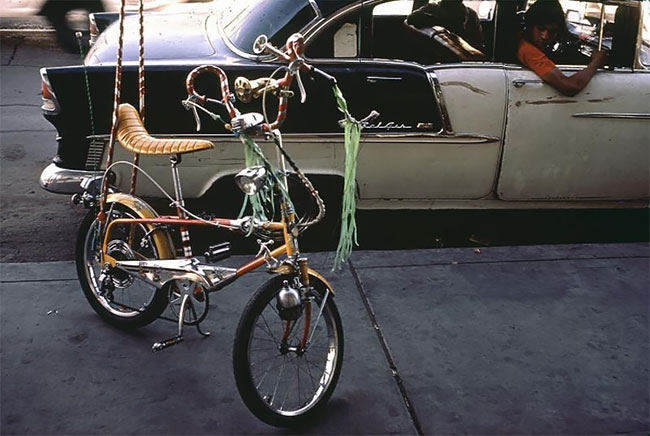 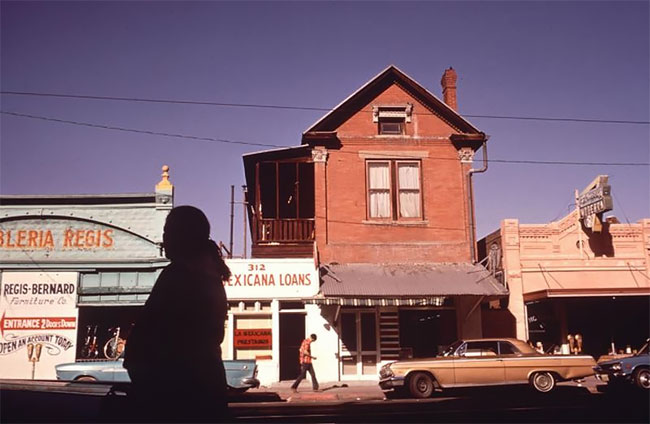 Message on a Wall in the Frio Canyon Lodge, 1972 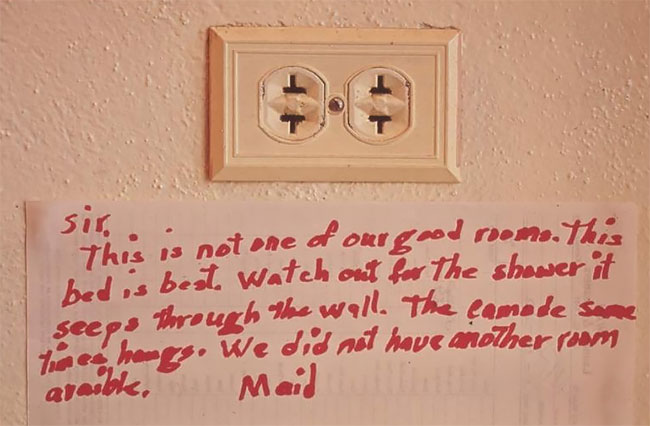 A Texaco crude oil tank blazes against the night after being struck by lightning, near Houston, 1972 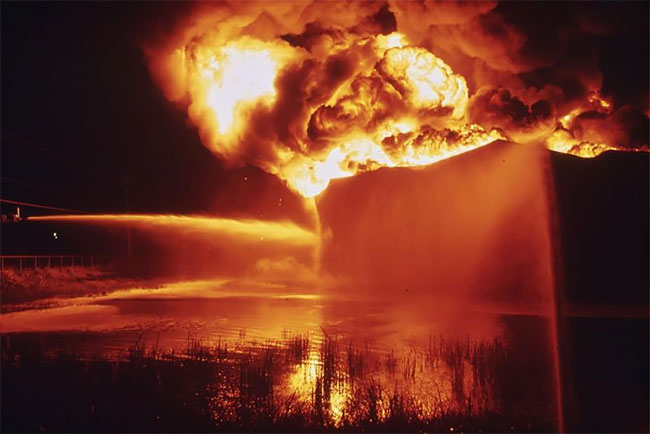 Teenagers in drugstore in Stockyards area of Fort Worth, 1972 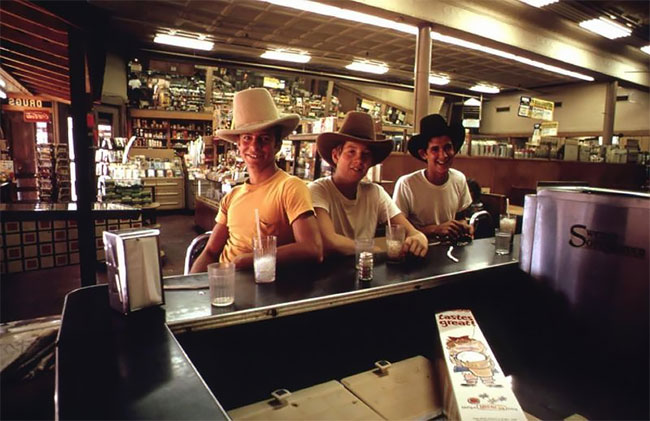 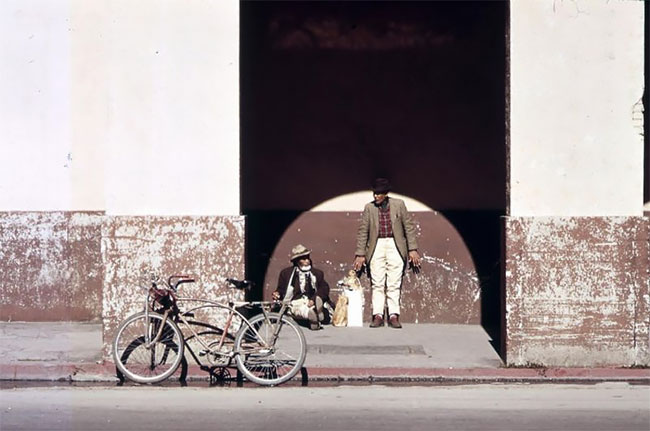 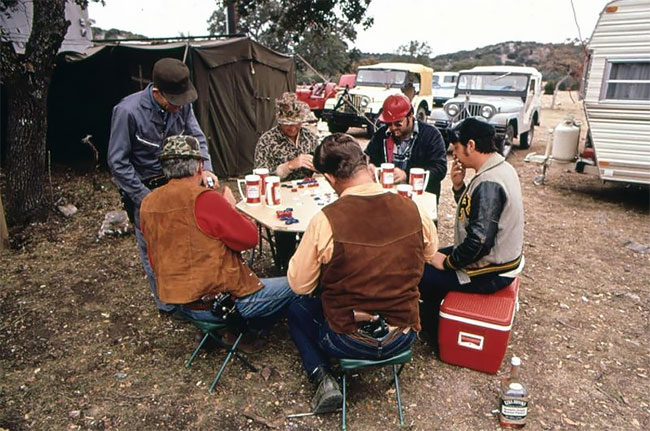 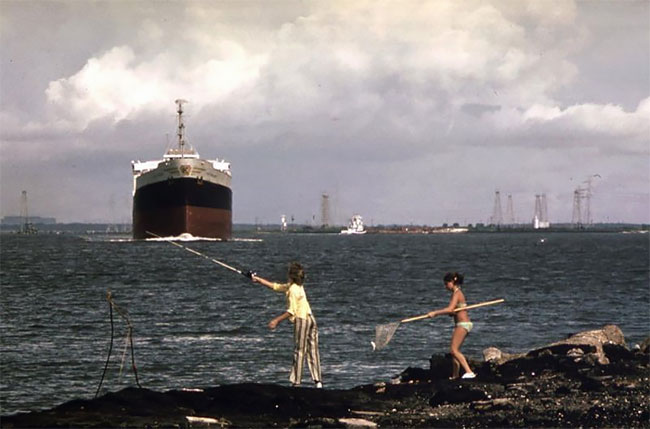 Ranch Hand who works in the area near Leakey, Texas, near San Antonio, 1973 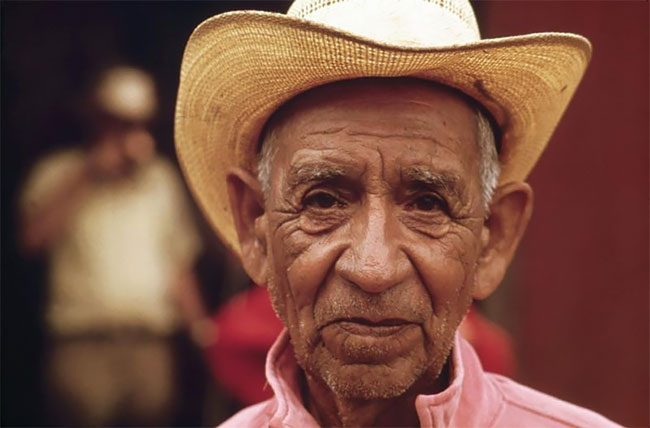 Interior of a Local Gas Station in Leakey, Texas, During the Noon Hour, near San Antonio, 1973 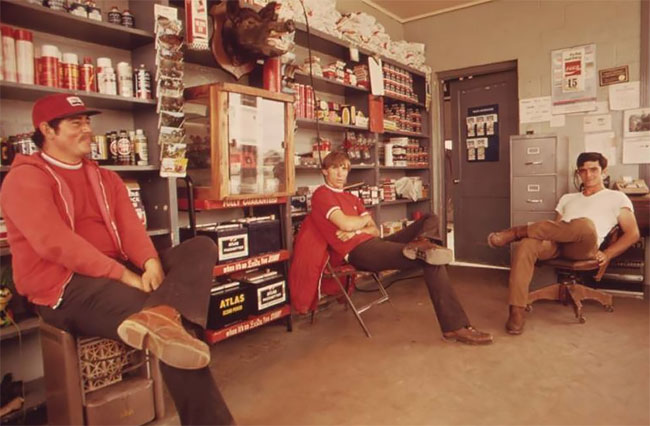 Drugstore in Leakey, Texas, during the noon hour, 1973 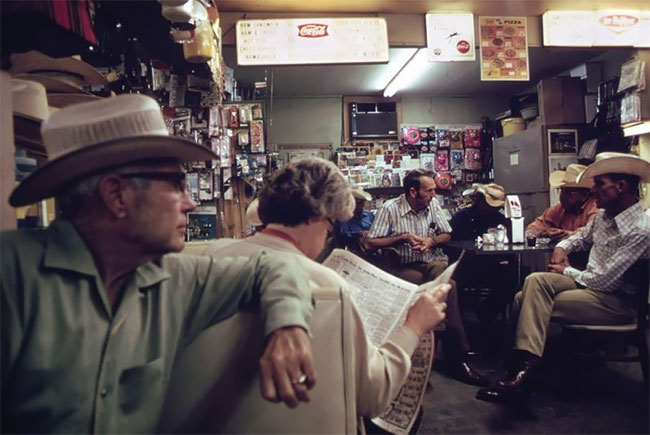 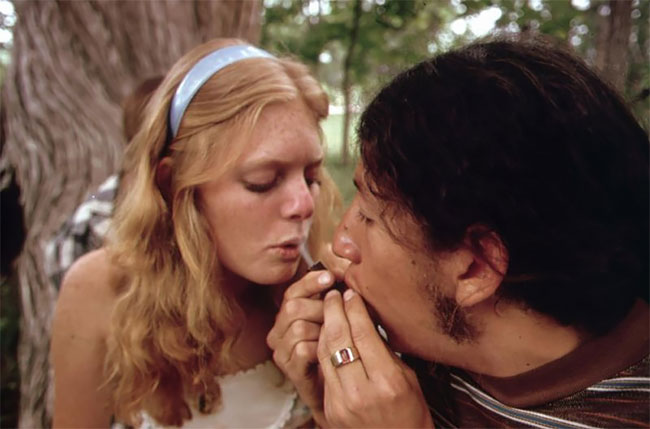 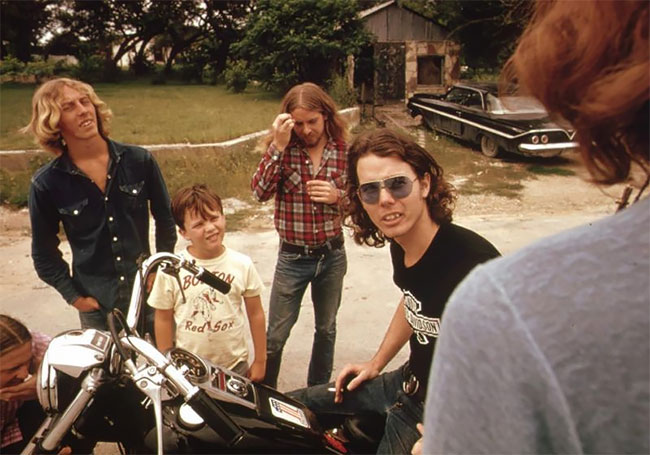 Amazing Behind the Scenes Photos of Arnold Schwarzenegger as the Terminator, 1984
The America We Lost: Fascinating Found Photos Show How Life of the US Looked Like in the 1960s
Extraordinary Black And White Portraits Of '60s and '70s Celebrities Taken By David Bailey
Ubi-Camera Let’s You Take Photos With Your Hands
Breathtaking Photos Of London Town From Above
1920s Fashion Through The Lens Of Police Mugshots
Yarnvertising: DIY Fashion Adverts Of The 1970s
Powerful Portraits of the Refugees by Brian Sokol
"Back To The Future Past": The Superb Digital Art Collages of Dario Darius
This Artist Illustrated Her Everyday Problems With Relatable Comics
Photographer Spots Patterns And Shapes In Everyday Life, Creates Beautiful Minimal Photos
Zombie Walk Strasbourg 2019 Mega-Post: Stunning Photos Of People Dressed As Zombies Taking Part In a Zombie Walk Event In The Eastern French City Of Strasbourg
Flying Pig Recreates Pink Floyd Album Cover
The Story Behind the Photographs of Stevie Nicks With Veils on the Roof of Her House in Venice Beach, 1981
Vintage Photographs of Christine Keeler Posing in a Swimsuit on a Beach in Spain and France, 1963
Cool Pics That Show How People Enjoyed Parties In The 1970s
Spectacular Winning Photos From The 2019 Weather Photographer Of The Year
Christmas in New York: Rare Photos from Turn of the Century
David Bowie And His Ex-Wife Angie Taking Their Then 3-Week-Old Baby Zowie Out For A Walk In 1971
Greta Oto - The Glasswinged Butterfly
People Believe They’ve Noticed Art References In Popular Movies, Share Side-By-Side Pics On Twitter
This French Custom Retro-Futuristic Furniture Made From Classic Car Parts
The Eyeball-Licking Horror Manga of Suehiro Maruo and Strange Other Obsessions
"We Do Lockdown": A Razor-Sharp Satire of COVID-19 Lockdown Life Packed Full of Parodies of Vintage Illustrations by Miriam Elia
1970s, daily, life, retro, texas, USA

Rihanna Says Goodbye to Golden Tresses, Back to Black Locks and Cropped Side
Snapshots of a Family Trip to Michigan’s Prehistoric Forest in 1979
The First Photos of Chernobyl After The Nuclear Disaster, April 26, 1986
The Photographer Took Dark and Gloomy Photos of A Small Russian City Covered with Morning Fog
Polish Photographer Travels Across The European Landmarks To Capture The Sadeness Beauty Of Abandoned Locations
Portraits and Dreams: Snapshots of Appalachian Children in Kentucky c. 1975
Timeless New York Street Scenes Photographs In The 1950s, Found In A Home's Attic After Nearly 50 Years
Spectacular Winning Photos Of The Nature Conservancy’s Global Photo Contest 2019
Star Wars Characters and Pets
Spectacular Winners Of The US Nature’s Best Photography Contest 2017
Source of inspiration since 2007. Proudly hosted by WebHostingBuzz.
Privacy Policy · Terms of Service · Content Removal Policy 🇺🇦 ❤️