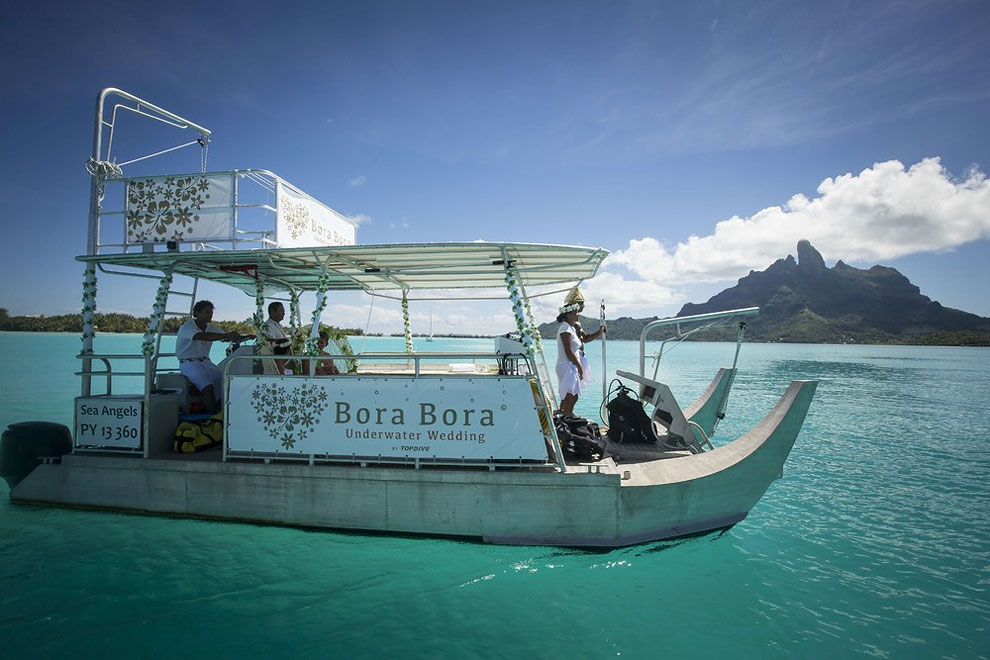 The stunning wedding was organized by a dive club called Top Dive, which has launched a new concept for wedding tourism in French Polynesia. The bride and groom held hands as they stood in front of a Polynesian priest who performed their eye-watering ceremony. (Photo by Ben Thouard/AFP Photo) 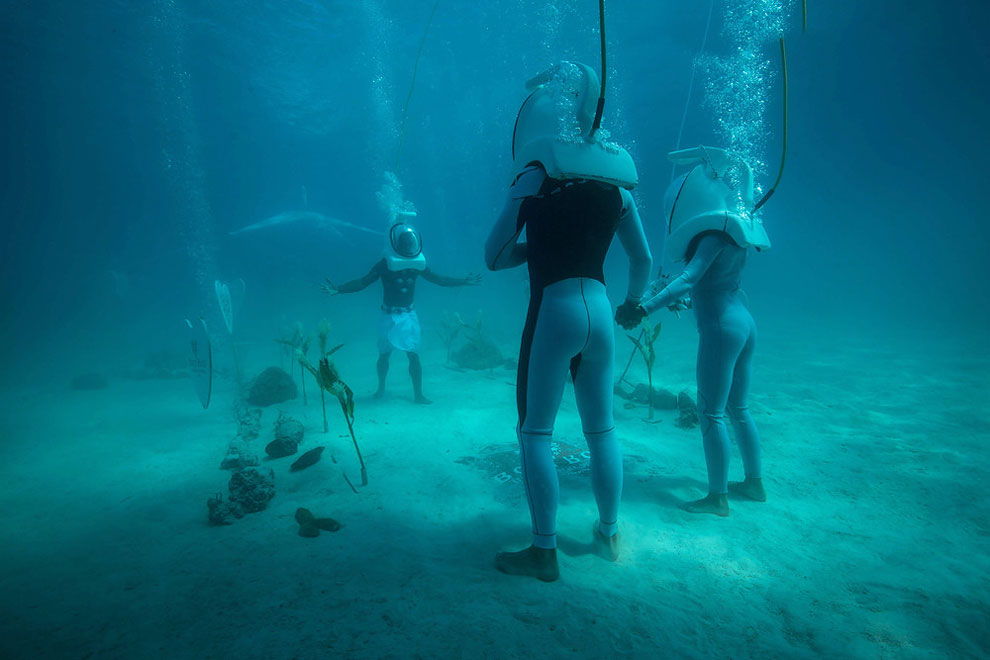 The priest stood at an altar made ​​of pearls to welcome the couple – Nicolas and Alexandra – from Madrid, Spain. The couple decided to seal their union four meters under water in the stunning turquoise waters of Bora Bora. (Photo by Ben Thouard/AFP Photo) 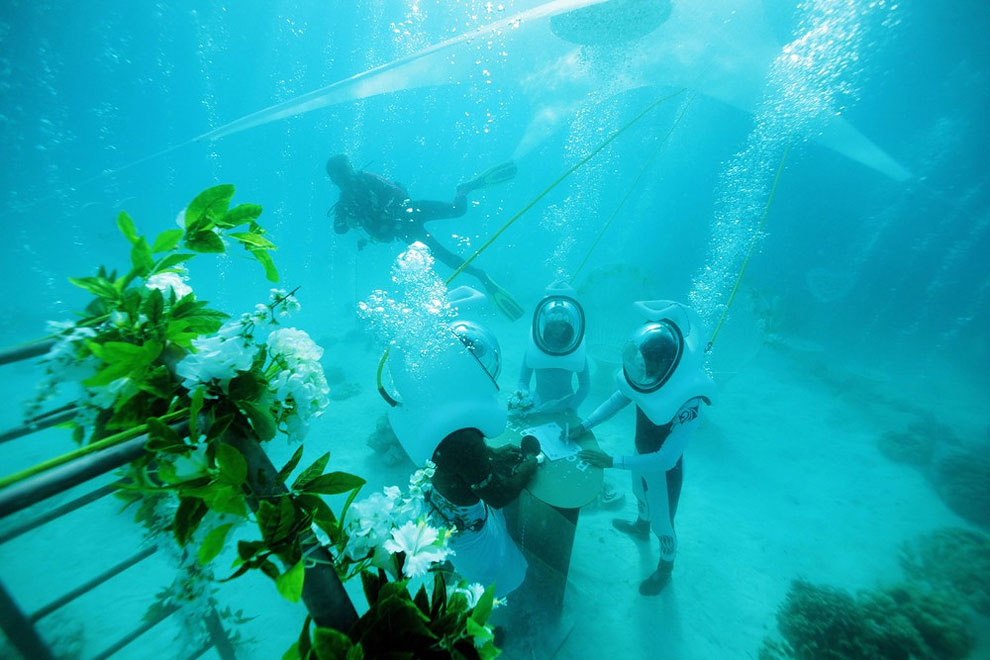 It was the first underwater wedding in this lagoon, but it will certainly not be the last. Paul Ramos, manager of thirteen Top Dive diving clubs in Polynesia said he developed the idea to give couples the experience of a lifetime for just €2,700. (Photo by Ben Thouard/AFP Photo) 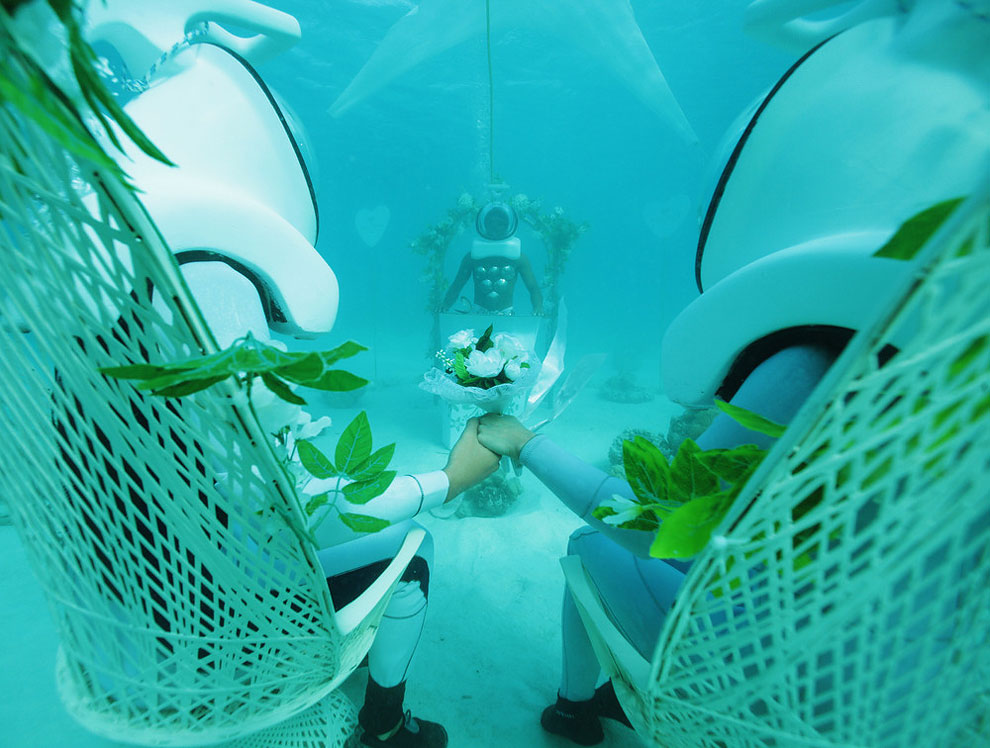 Both Alexandra and Nicolas said that they were excited about getting married in such a unique way and donned white wedding diving outfits for their special ceremony. (Photo by Ben Thouard/AFP Photo) 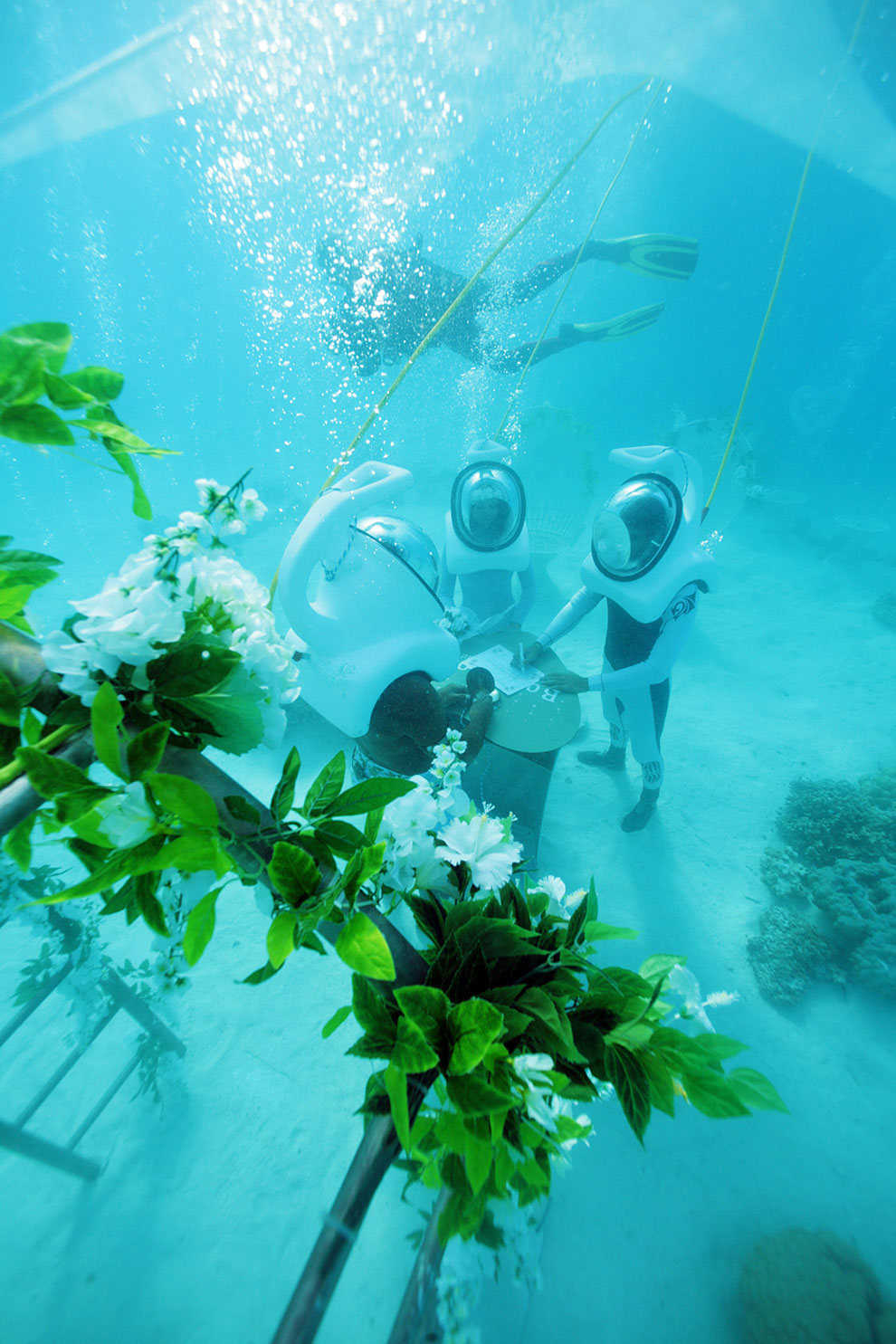 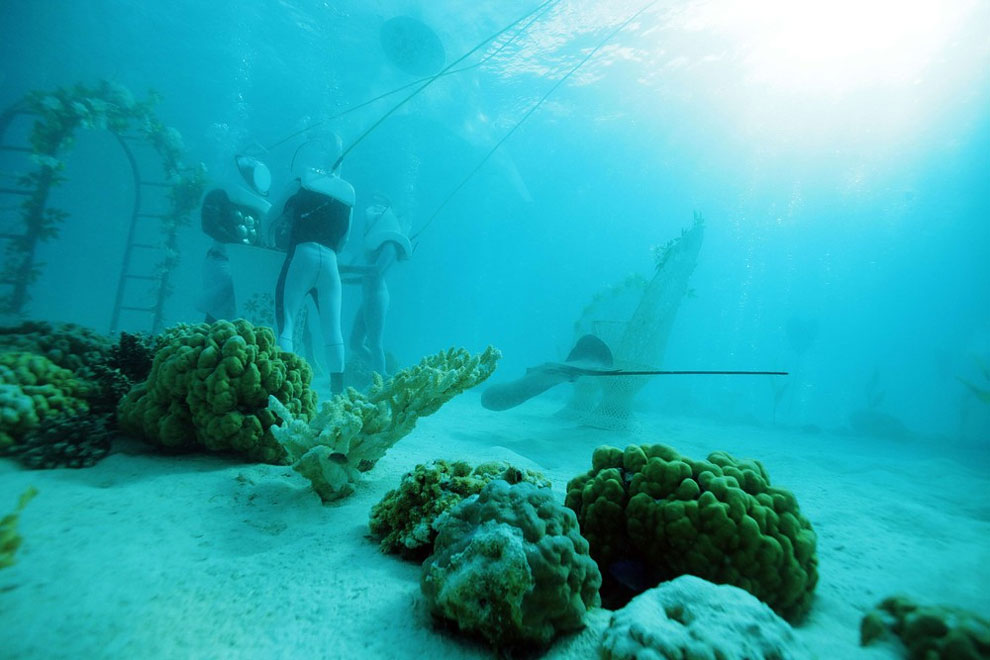 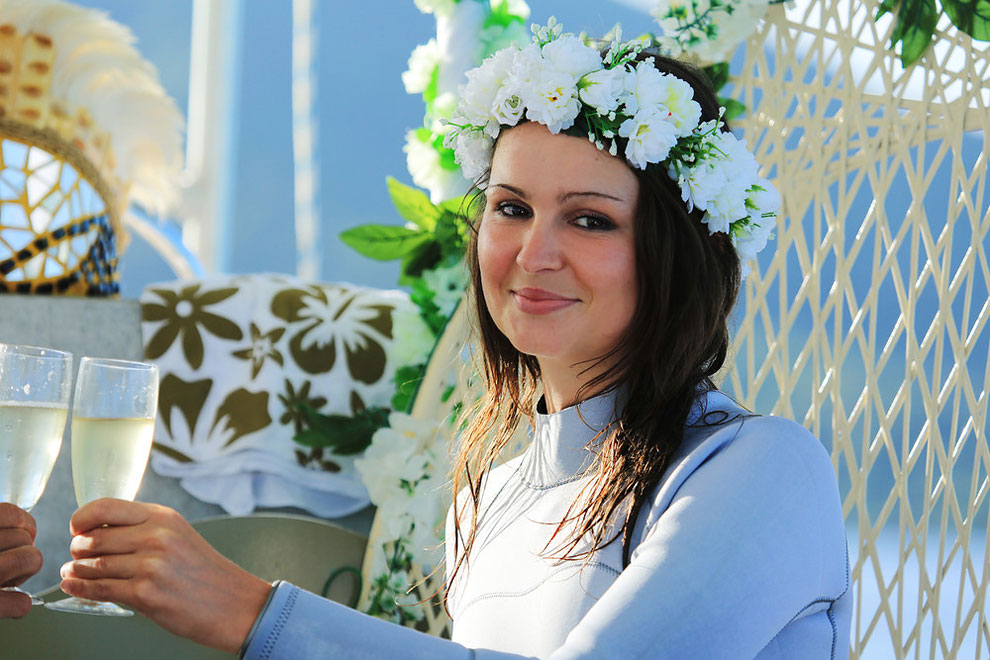 Step Inside The Apocalyptic Landscapes Of Nevada Ghost Town
Breathtaking Wildlife And Landscape Photography By Pepe Soho
Extreme Surfing On Arctic Circle
An Oregon Couple Rushed Through Their Wedding Because Of A Wildfire And The Photos Are Breathtaking
2014 National Geographic Photo Contest, Week 1
Wedding Photo Shoot Gets Interrupted By A Deer, Hilarity Ensues
This Artist Pictured His Own Journey Around The US With One Dollar Diary
Couple Travels Country In Their Tiny House They’d Built Themselves For Under $20,000
Rescue 'Fortress' In Tanzania Protects Albinos From Human Hunters
Let's Travel from Toronto to Egypt, All within the UK
An 80-Foot Steel Kraken Will Create An Artificial Coral Reef Near The British Virgin Islands
In An Old Village In Southern Bavaria, A Unique Ancient Pagan Tradition Is Still Alive
Europe's Largest Abandoned Underground Military Air Base
Waldo Is A Real Guy And You'll Love Following His Adventures
Jellyfish Plants Transform Your Room Into A Underwater Wonderland
After Their Wedding, This Couple Did What Many Of Us Have Always Dreamed Of Doing
Lost City Shicheng Found Underwater in China
Girl Travels Europe with Cardboard Cutout of Late Father
Inuits from Remote Russia Get Used to being Photographed for the Very First Time
He Lives In A Tree, Doesn't Wear Shoes, And Brushes His Teeth With A Pinecone
Photographer Combines Movie Scenes With The Actual Places In A Single Frame
Netherworld Monsters Take a Staycation at W Atlanta Hotel
What Peaceful Borders Between European Countries Look Like
"Dualism": The Superb Figurative Underwater Themed Paintings by Zhuk
underwater, wedding