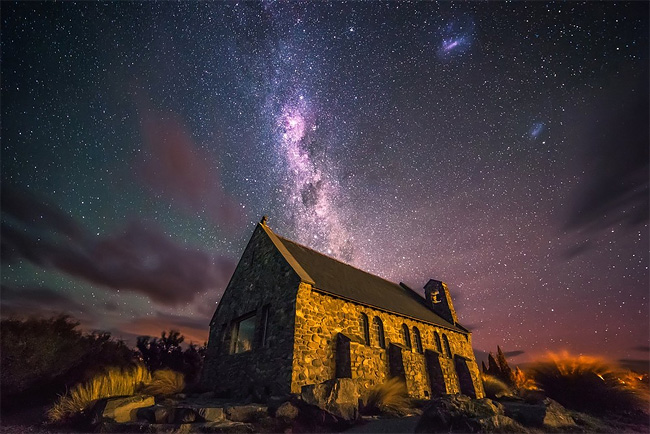 “Epiphany ”. One of my dreams was it to shoot the night sky when I went on holiday to New Zealand this February. Unfortunately the time was not perfect because of the moon, which was at the beginning nearly the whole night at the sky and also the weather made me change plans. At the end of my trip I had luck an get a clear sky after the sunset although the whole day was very cloudy. I decided to drive to the famous little church in Tekapo and took some shots of the night sky before the moon rose. (Photo and caption by Sebastian Warneke/National Geographic Traveler Photo Contest) 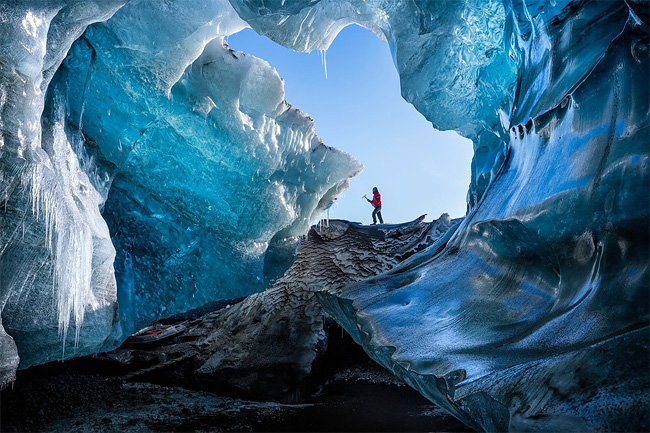 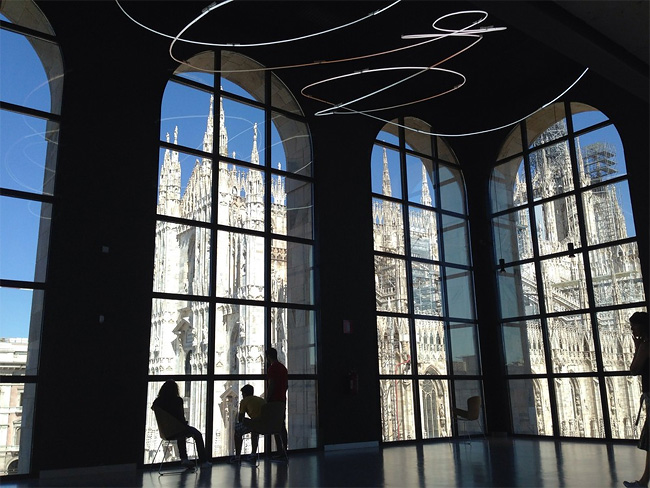 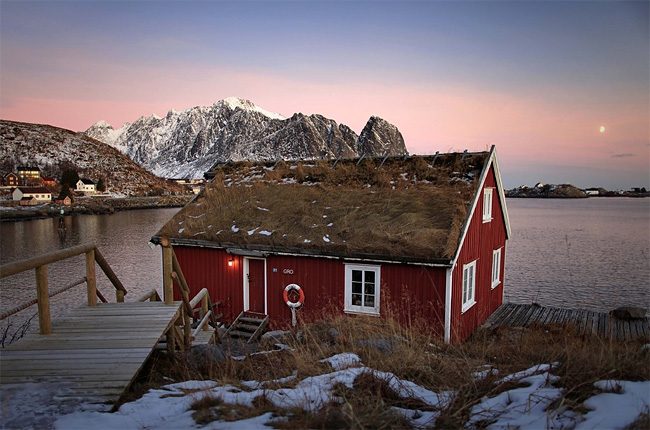 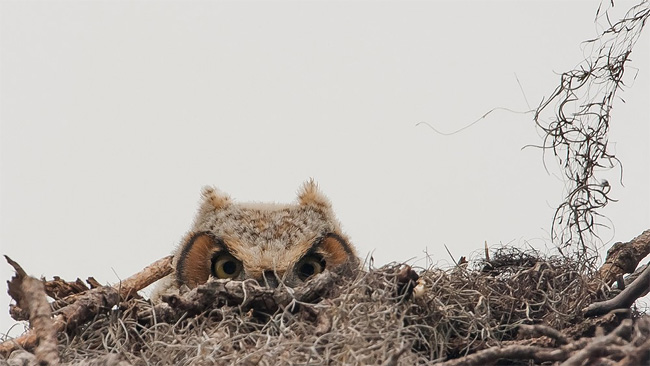 “Peek a Boo”. Photographing wildlife in Florida is never the easiest task. One of the differences from photographing wildlife in other states has to be the abundance of biting bugs, ticks, deadly snakes and extreme heat and humidity. After bushwhacking my way through the brush, mud and water I was able to set up my gear, and still giving a good safe distance between myself and the nest. The nest appeared empty at first, but after a few minutes I started to see some movement. A pair of beautiful white miniature horns were the first to rise above the twigs before I seen this pair of beautiful Owlet eyes. (Photo and caption by Graham McGeorge/National Geographic Traveler Photo Contest) 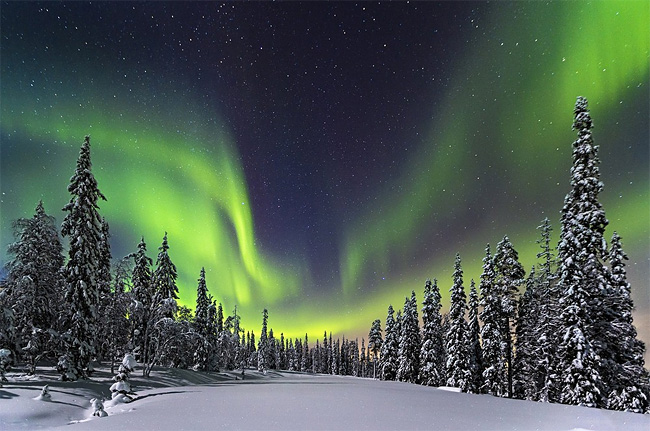 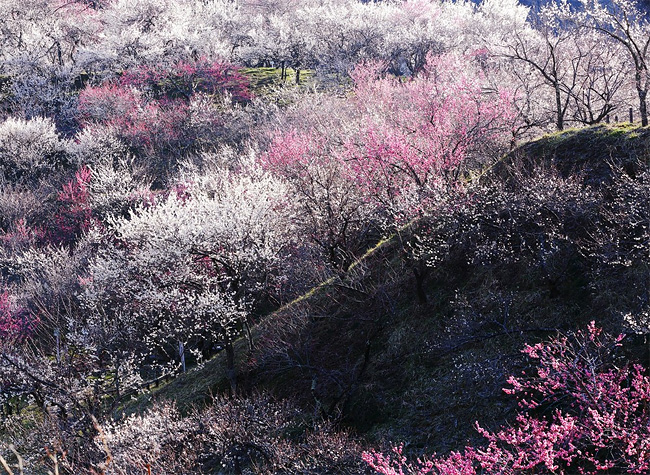 “Explosion”. Japanese feel the coming of spring I feel by plum blossoms. There is a culture of the cherry blossoms in spring in Japan. It is said was said implication to appreciate the cherry tree is strong now, but to mean plum Speaking of flowers in the Nara period of approximately 1300 before. This was a plum grove sight light goes pointing gradually early in the morning is beautiful too, such as that explosion is like spring. (Photo and caption by Hideyuki Katagiri/National Geographic Traveler Photo Contest) 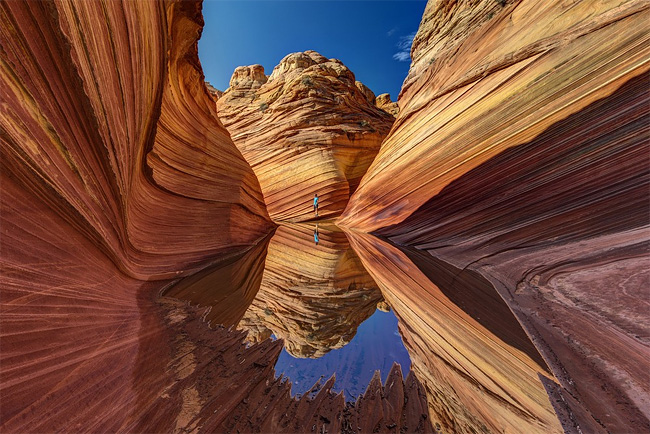 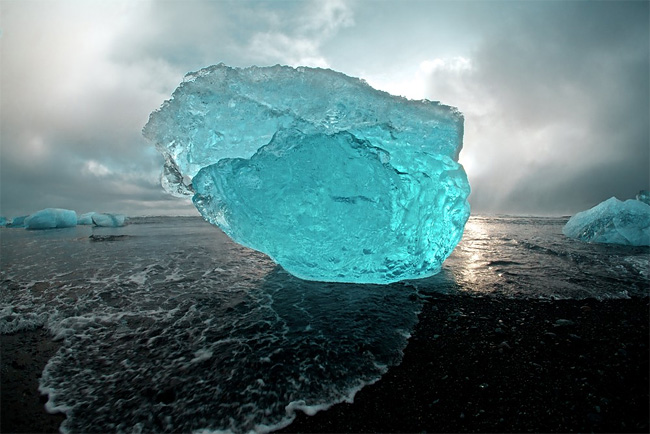 “Iceberg Gallery”. Like a scene from a different time on earth, or a completely different planet altogether. Passed down through Jökulsárlón lagoon through an outlet of the Vatnajökull Glacier, Icebergs enter into the North Atlantic. Shaped and polished by the ocean, the tide leaves a magnificent gallery of huge iceberg sculptures on the volcanic black beaches of Iceland. Photographed here at sunset, just after a rain storm. For scale, this Iceberg is about the size of a Jeep. (Photo and caption by Sam Morris/National Geographic Traveler Photo Contest) 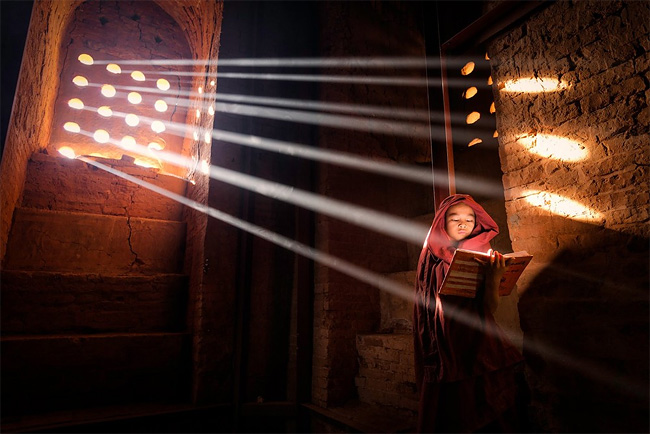 What Happens When Carpets Leave Apartments
The "No-Face" Day: Workers In China Wear Masks To Hide Facial Expressions
Antarctica Mysteries Photo Essay
Restaurant Puts Fridge In Street So Hungry People Can Take Leftovers
The Royal Observatory Greenwich Has Just Unveiled the Winners of The Coveted 2020 Astronomy Photographer of The Year Awards
Florida Man Arrested Trying To Quarantine On Abandoned Disney Treasure Island, And That's What This Island Looks Like From The Inside
Professional Ballerina Documents Her Pregnancy in Photo Series ‘Ballet Beautiful’
Photo of the Day: Training Session
Smithsonian Wilderness Forever Photo Contest
This Guy Shows The Secret Side Of Glamorous Instagram Photos
Best Photos From 2021 International Wedding Photographer Of The Year Contest
Photo of the Day: Bear vs Camera
Famous Travel Photographer David Lazar Captures Indonesia In 18 Amazing Images
Photo of the Day: Horse Rides
Spectacular Winning Photos Of Sports Photography Awards 2022
Photo of the Day: The Lucky Escape
Photo of the Day: Windblow
Photo of the Day: You are on Camera!
Spectacular Winning Images of the International Portrait Photographer of the Year 2021
Nomadic Couple Built a Stylish Trailer Home for $50,000
You May Chill In This Sunken 200 Year-Old Swedish Cabin Hidden Deep In A Forest
Sleepaway In A Sewer Pipe At Dasparkhotels in Austria And Germany
The Prosecco Van Is The Food Truck For The Happy City
What Peaceful Borders Between European Countries Look Like
contest, geographic, national, photo, traveler, underway

The Spectacular Winning Photos From Underwater Photographer Of The Year 2019
800 Human Sculptures Found In This Creepy Japanese Village
Monkeys and Magic: Exploring the World of Black and White Photography Through the Lens of The Lensculture Awards
Photoshop Contest Participants Give A Glimpse Of What If Giants Lived Among Us
Winners & Finalists Of Street Photography Awards 2021
2014 National Geographic Photo Contest, Week 1
Amazing Black And White Photographs Of All About Photo Magazine Awards 2022
Royal Meteorological Society: The Winners of Weather Photographer of the Year Competition 2021
Photo of the Day: Barred Owl
Florida Man Arrested Trying To Quarantine On Abandoned Disney Treasure Island, And That's What This Island Looks Like From The Inside
2007 ‒ 2023 by Design You Trust. Proudly hosted by WebHostingBuzz.
Privacy Policy · Terms of Service · Content Removal Policy ❤️ 🇺🇦