Pink intruder is a project organized by a group of artists with expertise in performing interventions in urban space, edition of art and the organization and coordination of cultural events. 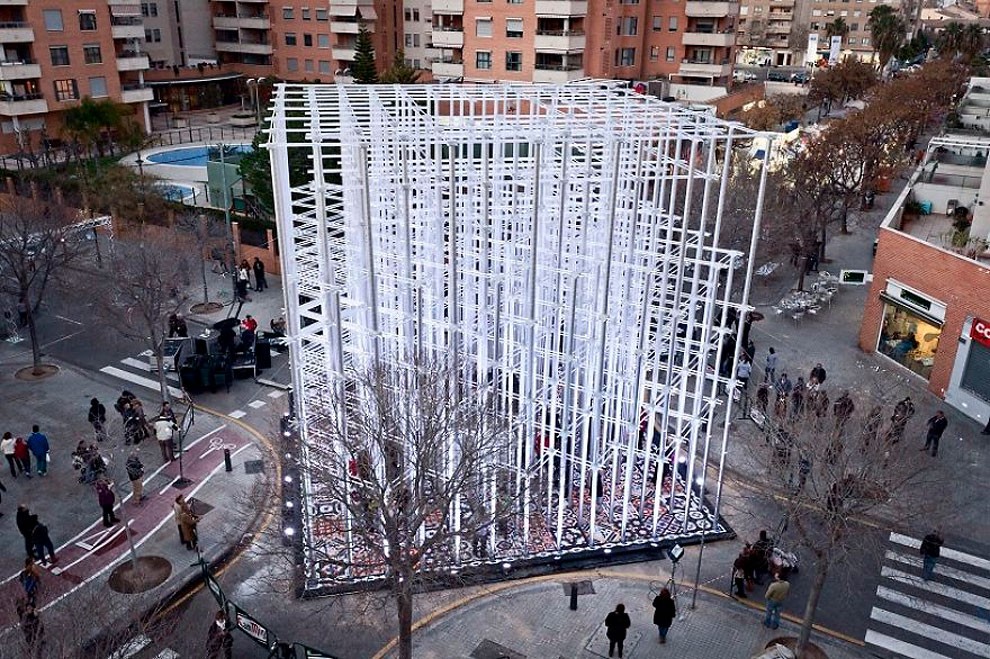 Fallas is a traditional festival held in Valencia every year for more than a century, the ultimate goal of the installations settled during the festival days is to be burned to celebrate the arrival of spring. 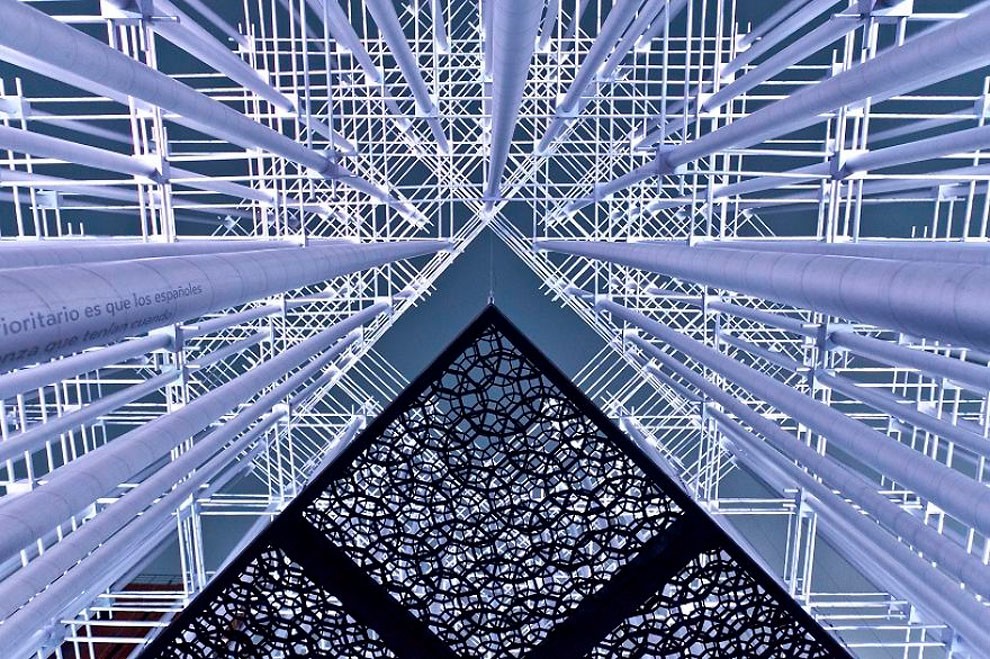 We decided to use a different and more contemporary language to build the pavilion. The debate between tradition and modernity was something that we wanted to provoke. The main goal was accomplished, we had created a temple for debate. It’s what Ekklesia means, an icon to make people think. 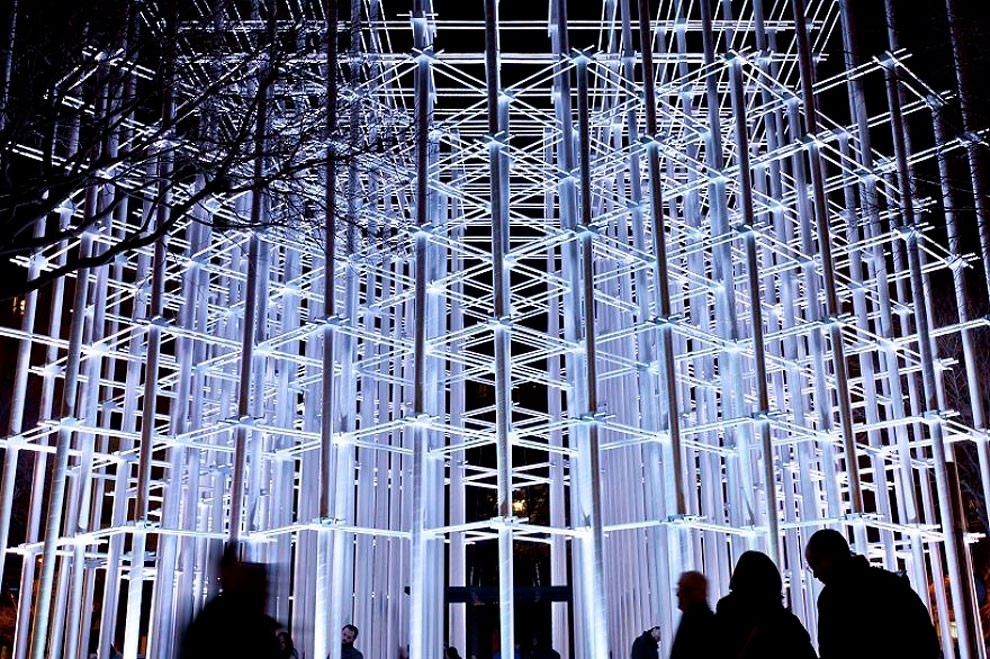 This installation took place only fifty days before the municipal elections in Spain. It was built entirely of cardboard and wooden joints with silver appearance. The structure was laying atop a wooden mosaic made of 96.000 different tiles. The mosaic was based on designs of Nolla Mosaic, using only squares and triangles and seven different colors. Nolla’s ceramic was a traditional Valencian ceramic that was lost in the middle of 20th century. Mosaic helped us on the one hand to highlight a lost heritage and to emphasize that any innovation in a traditional context should be based on a thorough knowledge of tradition, and on the other hand to implement on its construction a participatory process. 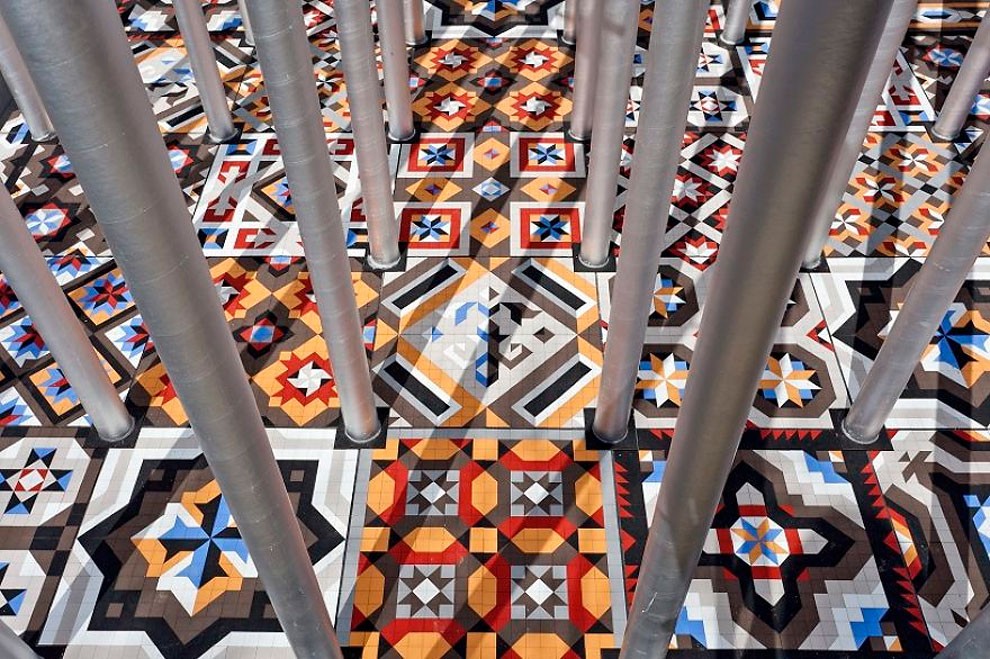 Installation’s columns were screen printed with real political messages with critical messages of citizens, trying to highlight the emptiness of political discourse and the need to provide it with content to generate discussion and be owners of our future. 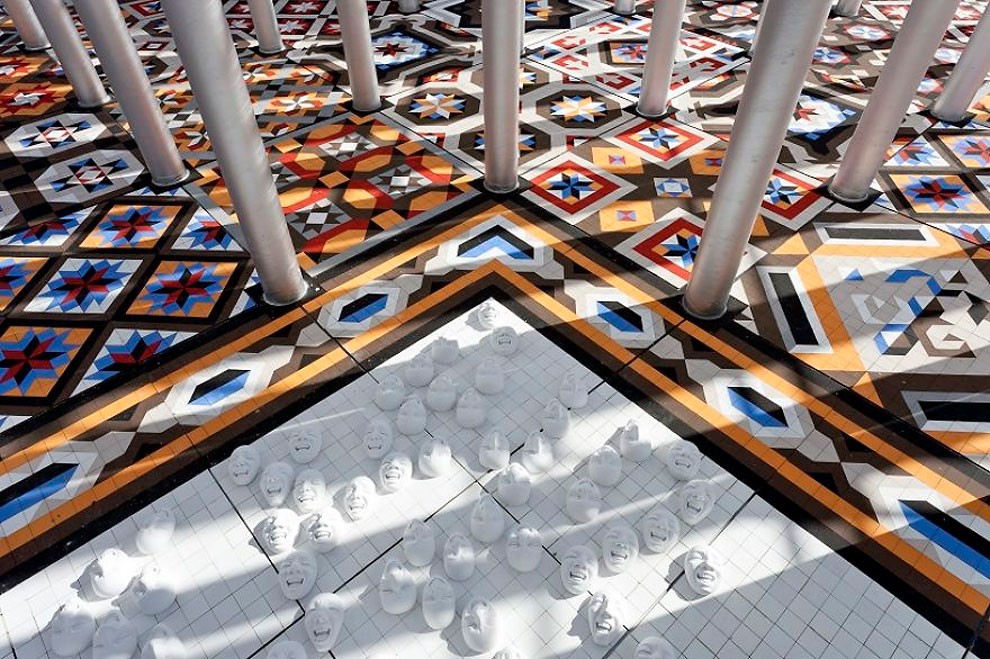 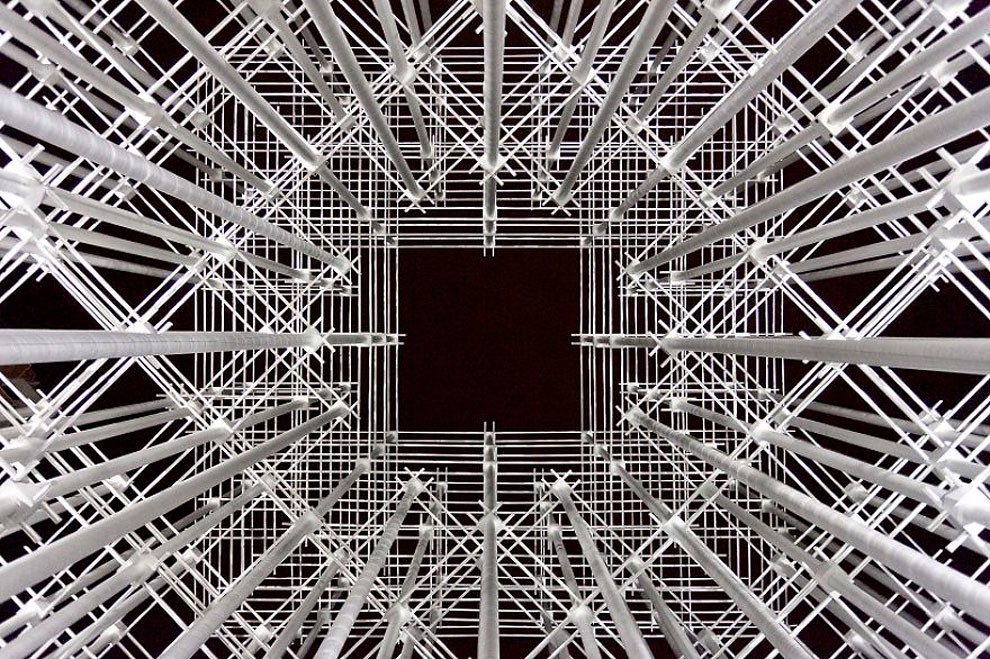 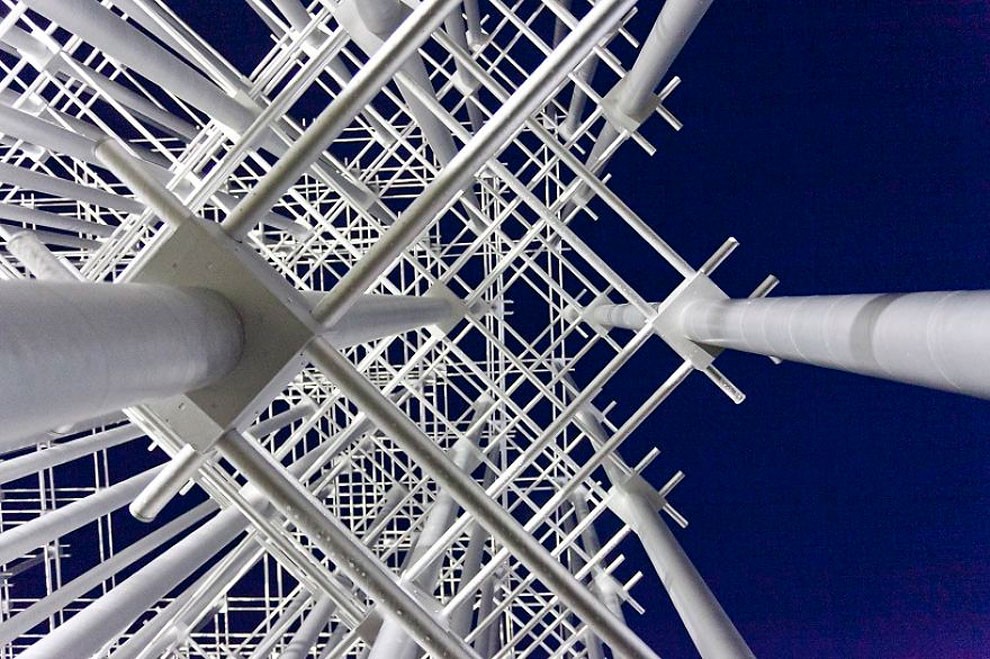 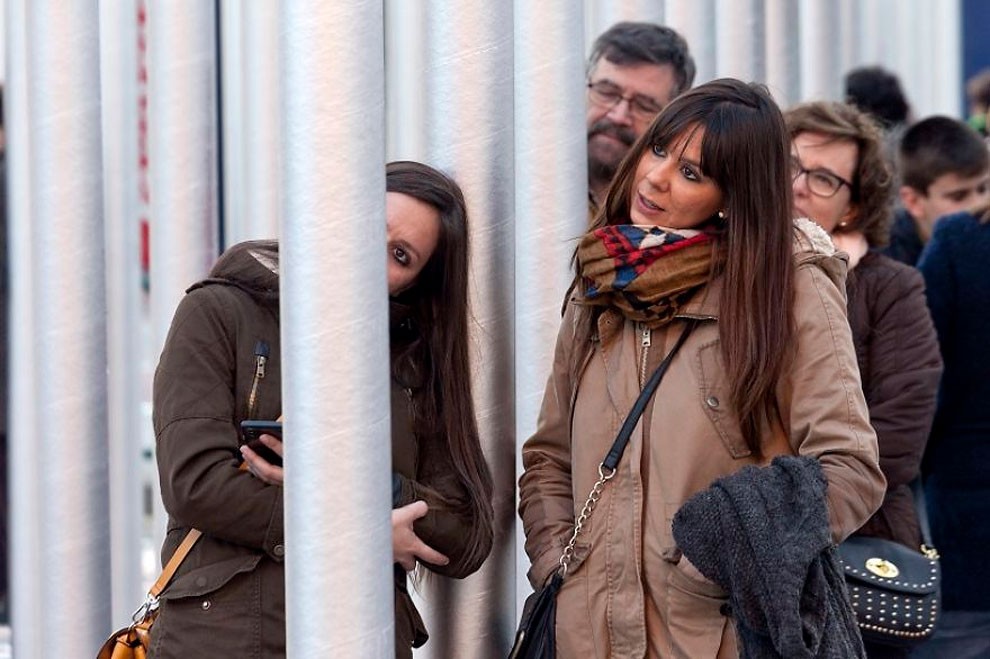 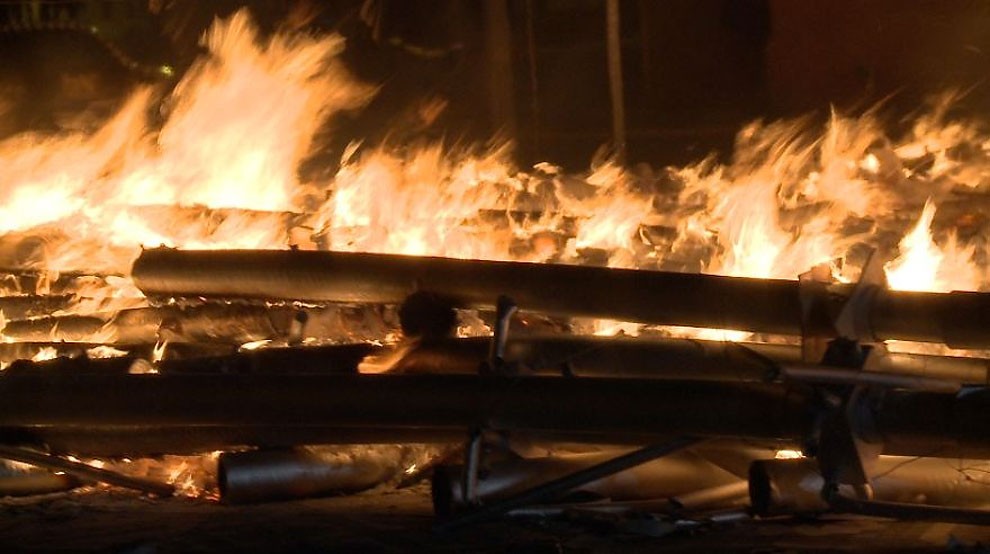 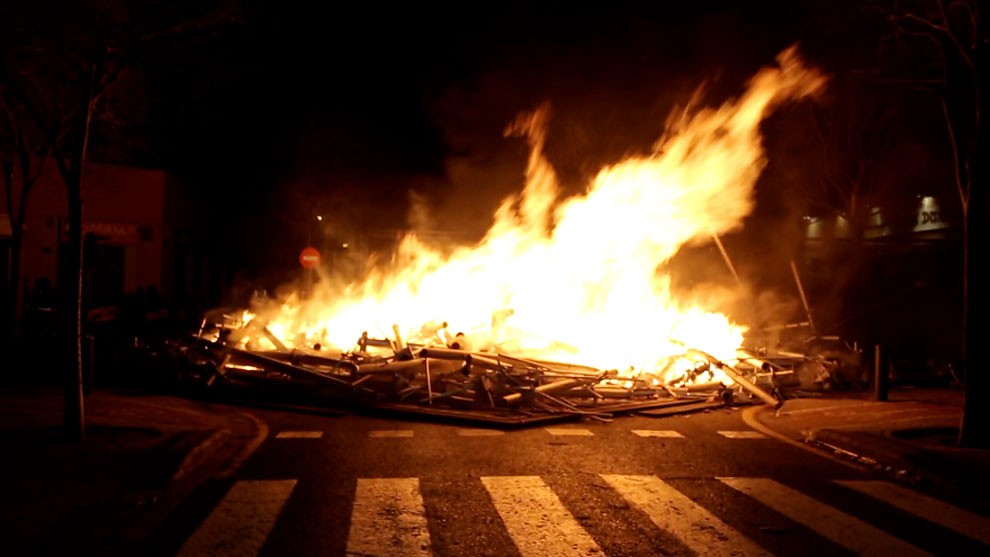