A Photographer Took Delightfully Messy Photos Of Meals In Mid-Air 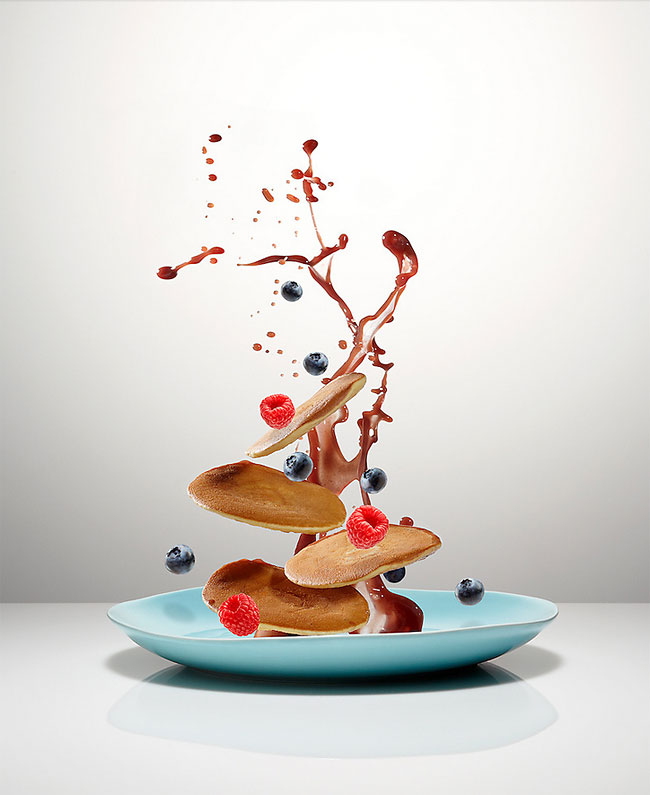 Sometimes it takes the most meticulously-laid plans to achieve true chaos, and no one understands this better than London-based photographer Piotr Gregorczyk, whose Flying Food series captures the topsy-turvy projectiles of lavish meals as they leap from the plates on which they have been so carefully arranged. 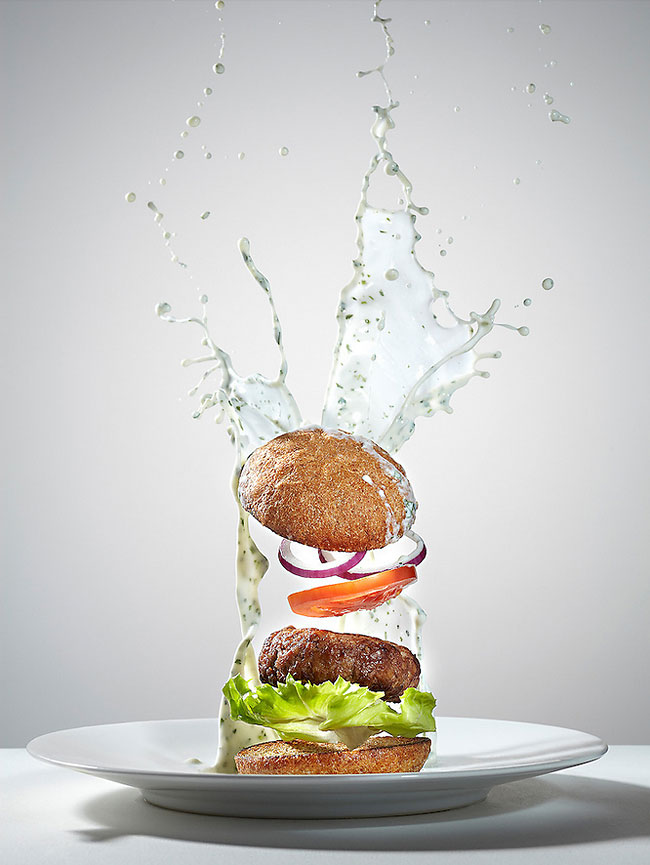 Flying Food is a tribute to kitchen pandemonium, and Gregorczyk admits that the endeavor resulted in more than a couple food spills and liquid splatters, but its messy qualities belie the immense organization that went into making such dynamic imagery. The unpredictability of fluid elements have always intrigued the photographer, who used this commissioned shoot for Men’s Health as an opportunity to explore the splashes and tendrils that could be created with sauces and condiments. 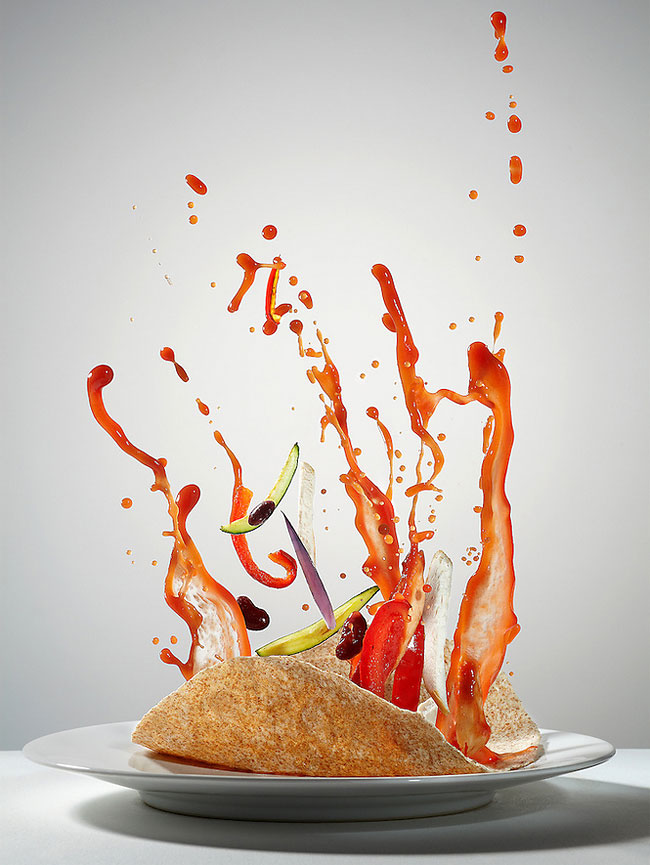 The goal, explains Gregorczyk, was to make the meals look buoyant and light to compliment a feature about healthy eating. Before shooting, he came in with a clear idea of what could be done in studio and what needed to be done post-production; in the end, he reports that about sixty percent of it is true to real life, with the remaining forty having been cleverly manipulated afterwards. When pressed for technical details (and we did pry), the photographer chooses to remain silent about the specifics of his technique, admitting that he keeps his secrets closely guarded. 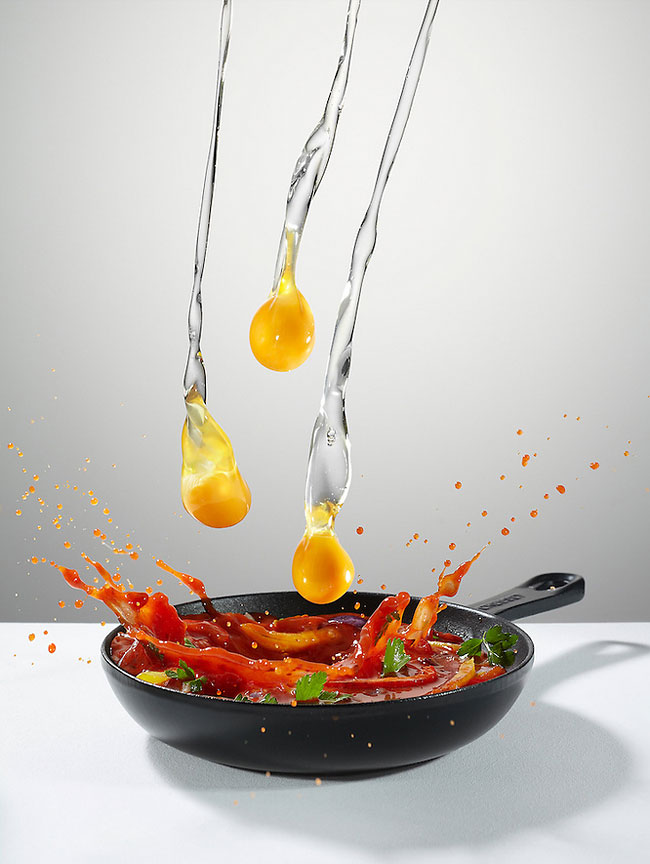 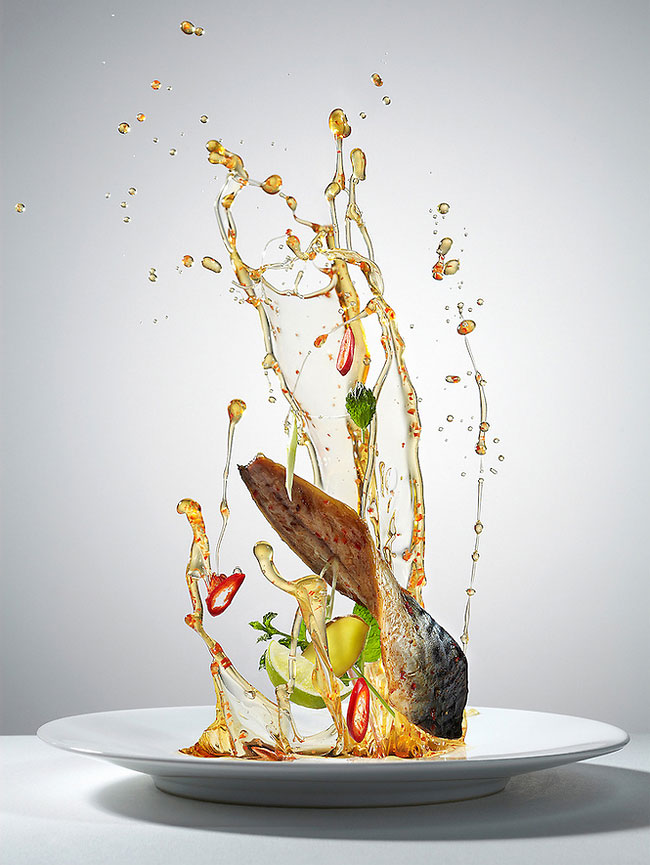 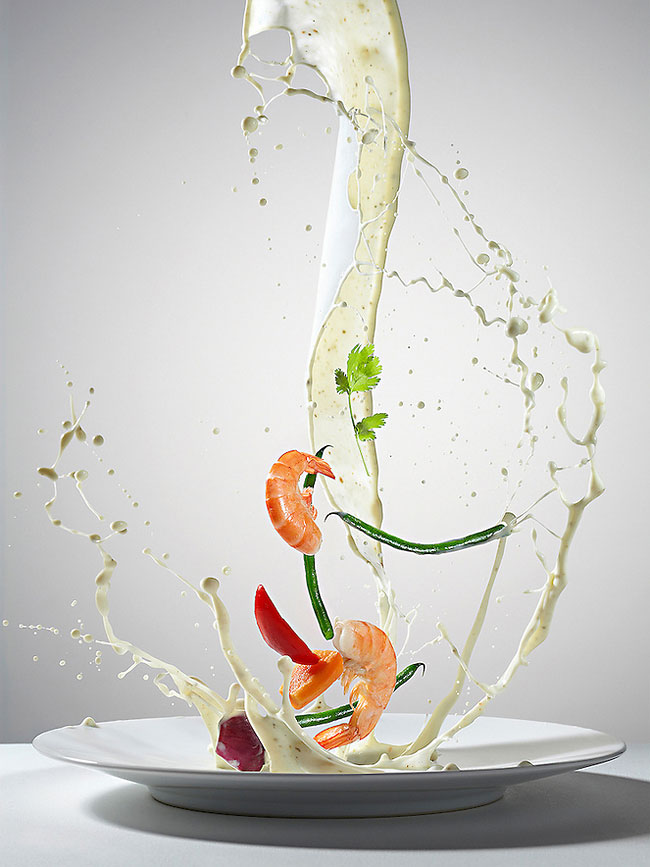 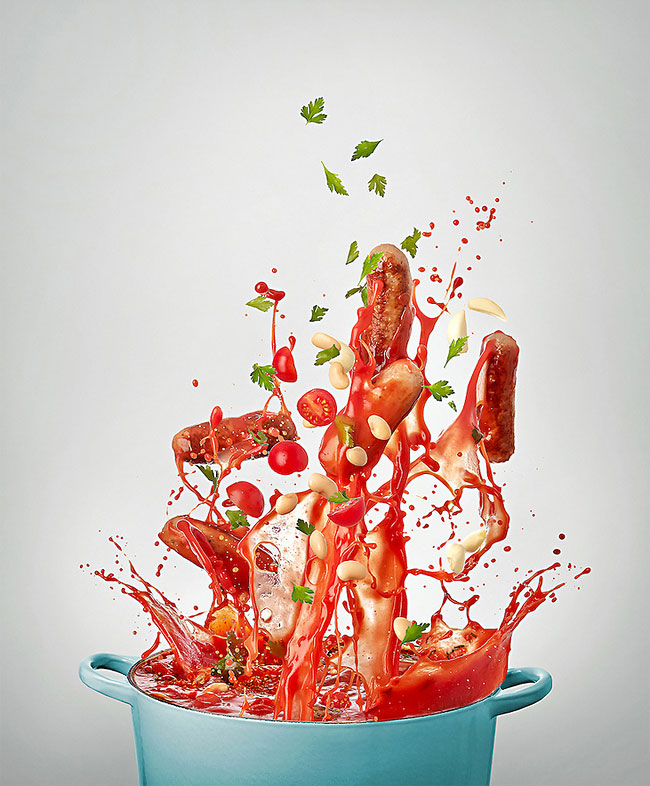 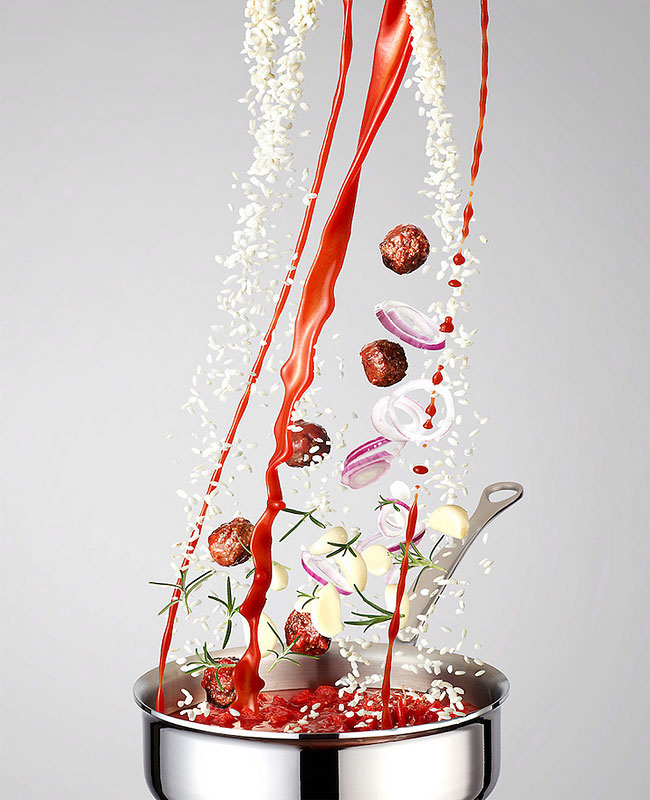 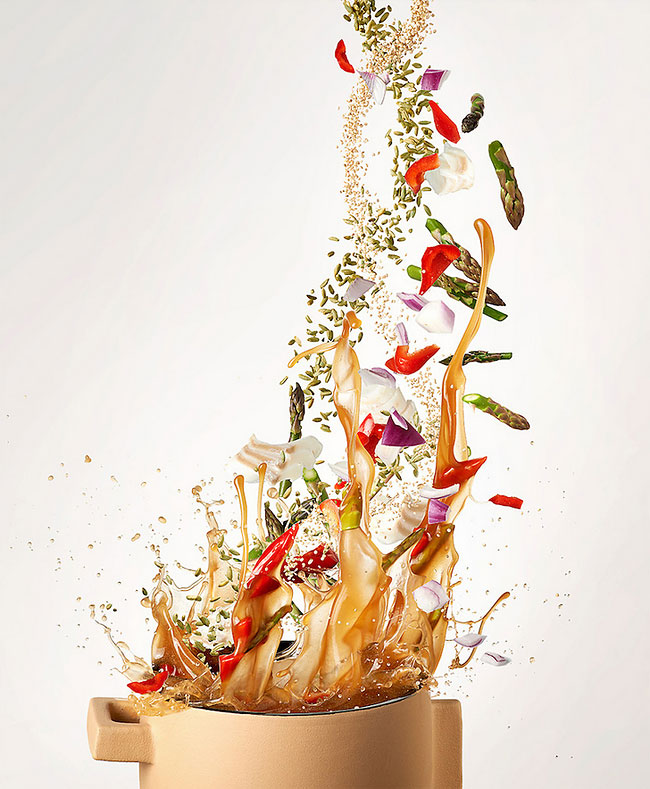 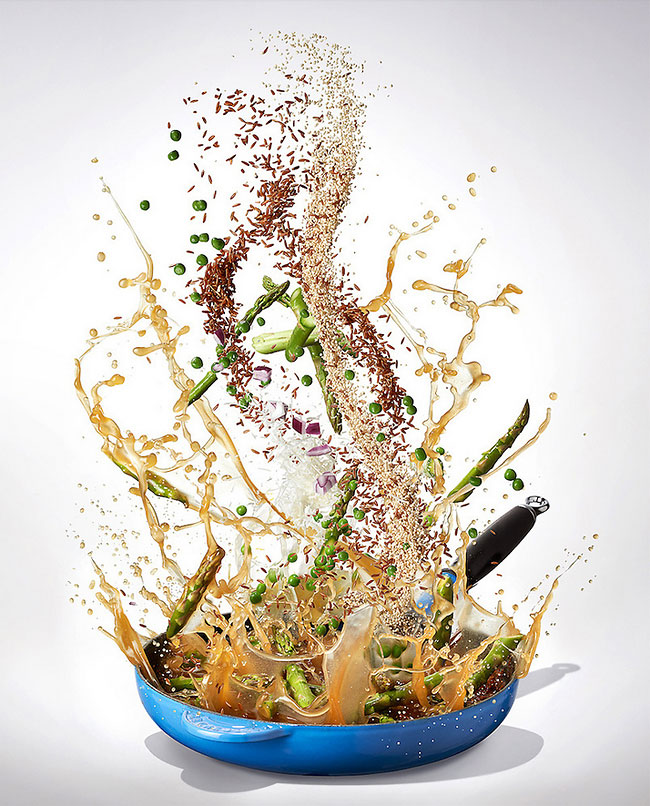 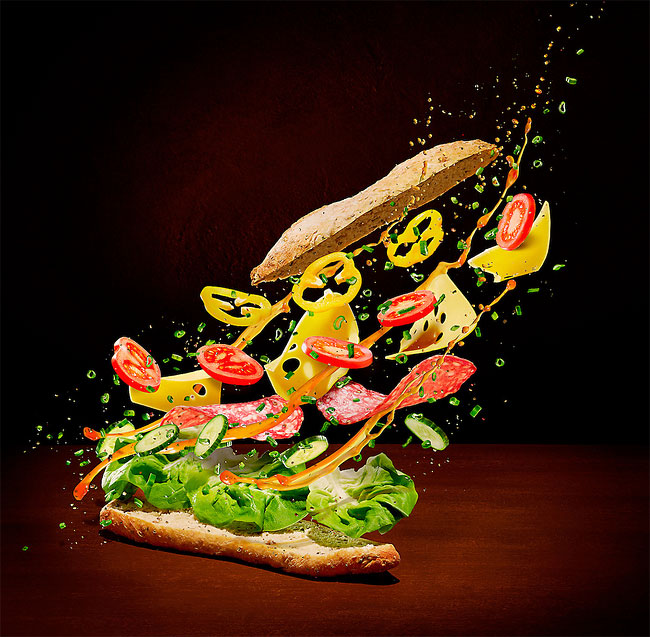 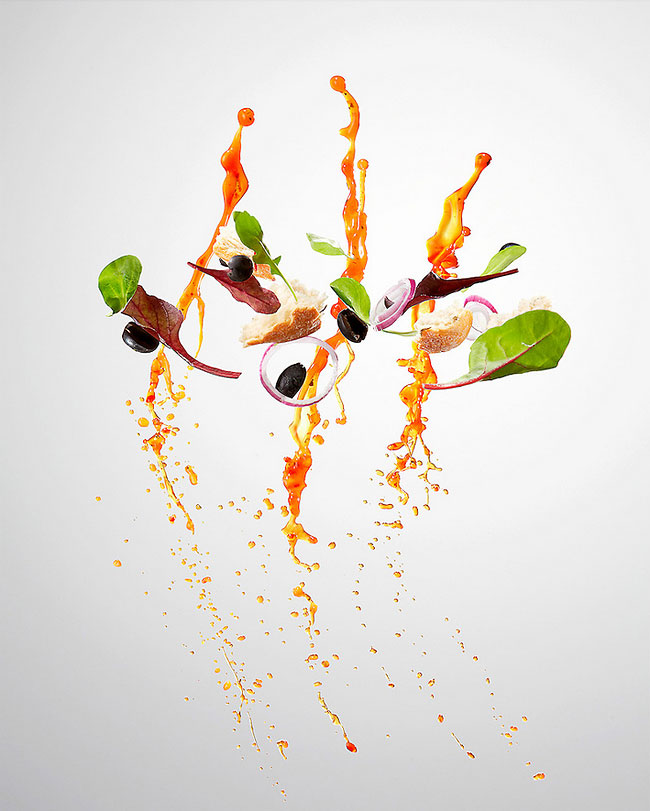 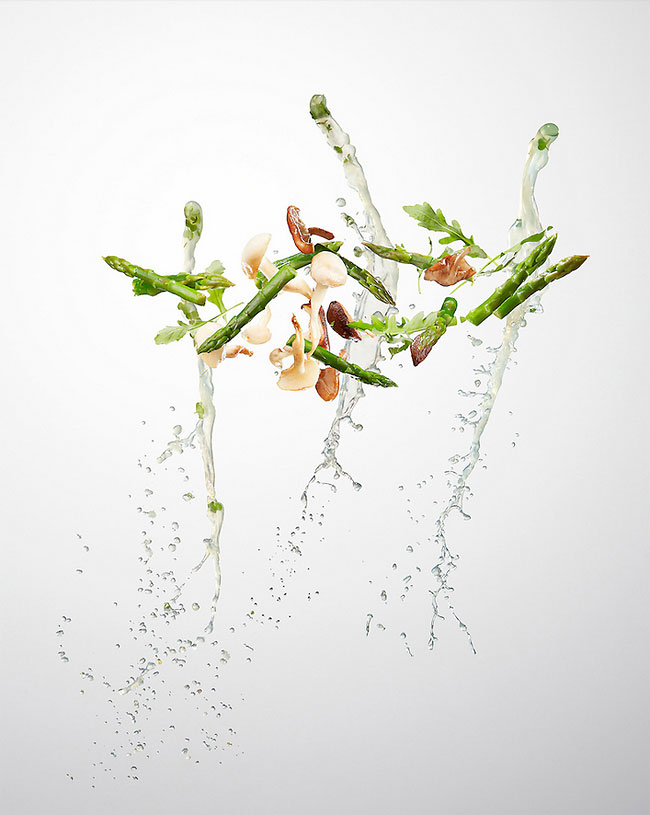