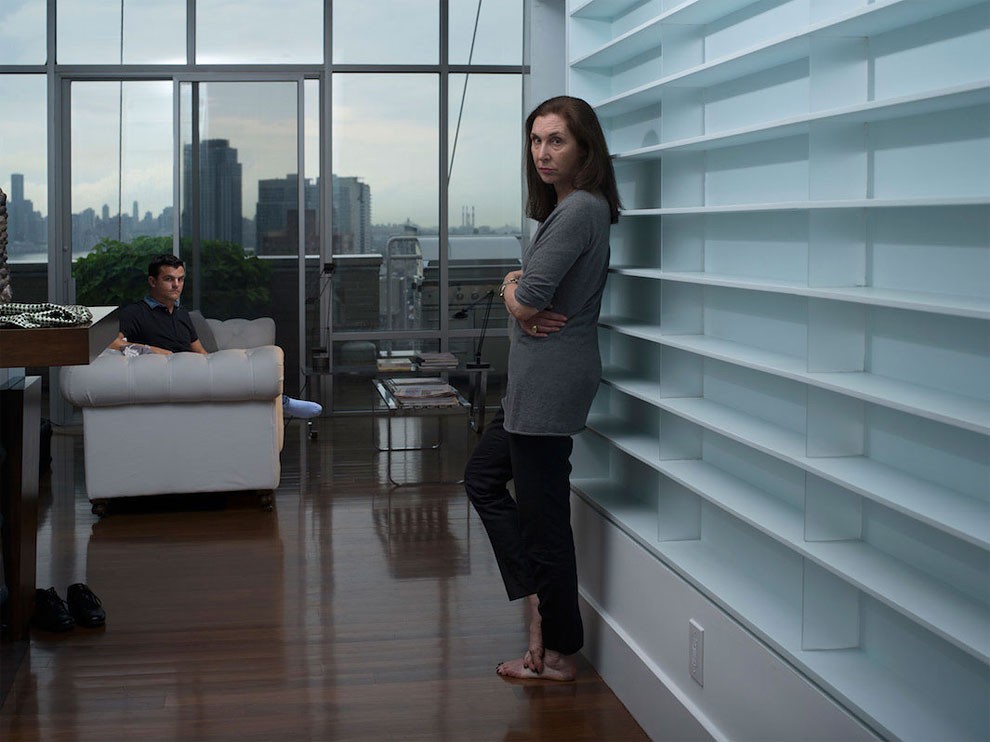 Self-Portrait with Laurie Simmons at her home in New York. © Chandler Holmes

Throughout college, Chandler Holmes took a lot of photos of his family. When he applied to graduate school, one of his interviewers suggested that he continue this trend by flying back and forth to visit them, an expensive proposition for a student already coping with tuition and other living expenses. “I’d hate for you to have to get a surrogate family,” the interviewer said when Holmes balked at the idea. The idea of using a different family seemed a bit far-fetched but it stuck with him, and a few months into school he began to explore ways to create a project about family that didn’t revolve around his own. 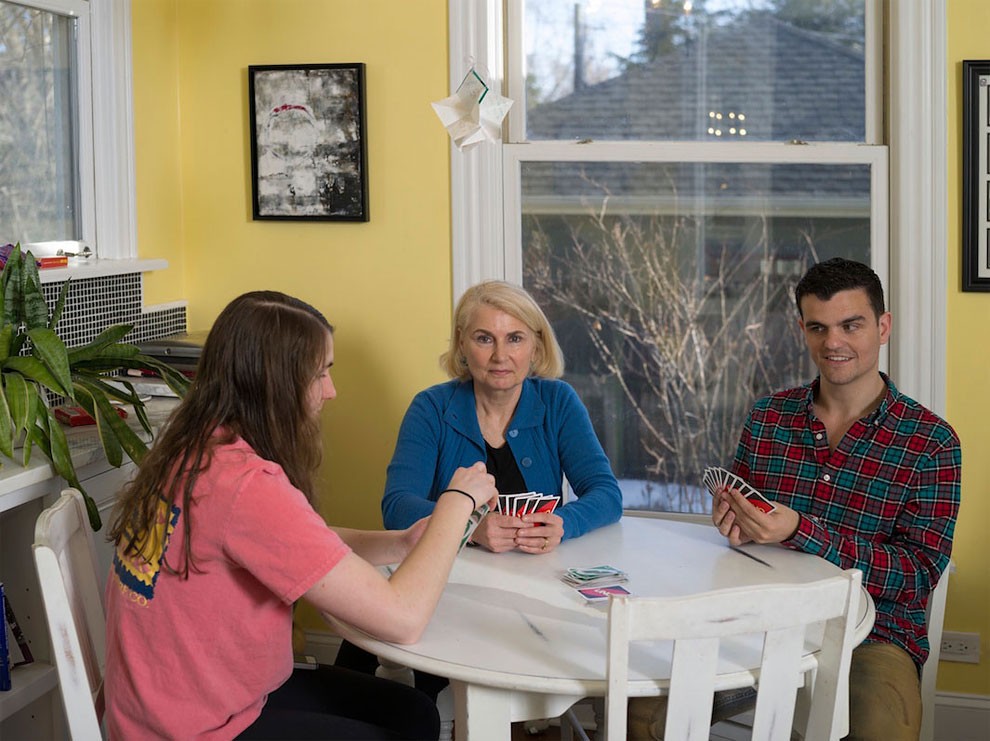 Self-Portrait with Melissa Ann Pinney and her daughter at their home in Illinois. © Chandler Holmes

“I initially thought I would photograph myself with another family in the same way I had done that with my own family,” Holmes said to Slate. “And I decided I wanted [the family] to be an artist because I’m interested in the art world and what that means.” 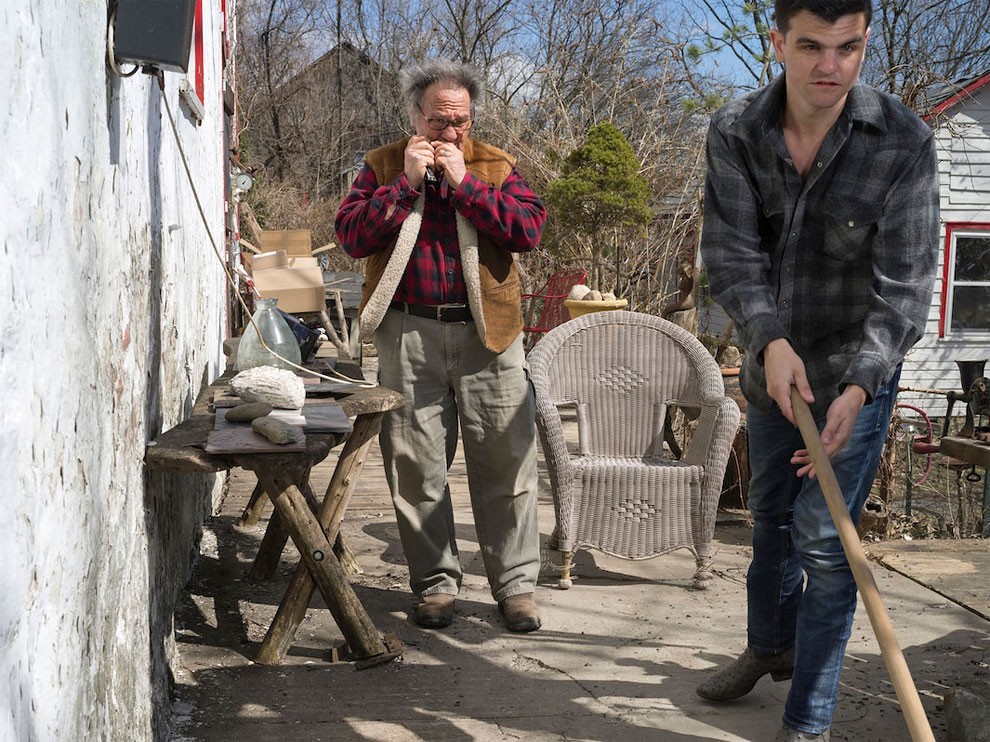 Self-Portrait with Larry Fink at his home in Pennsylvania. © Chandler Holmes

He first met with the photographer Eileen Cowin, photographing her at home. But when he looked at the portrait he realized that he also needed to be in it so he photoshopped himself into a framed photograph resting on her bookshelf. “It reminded me of something a proud art mom would have on her wall,” he said. 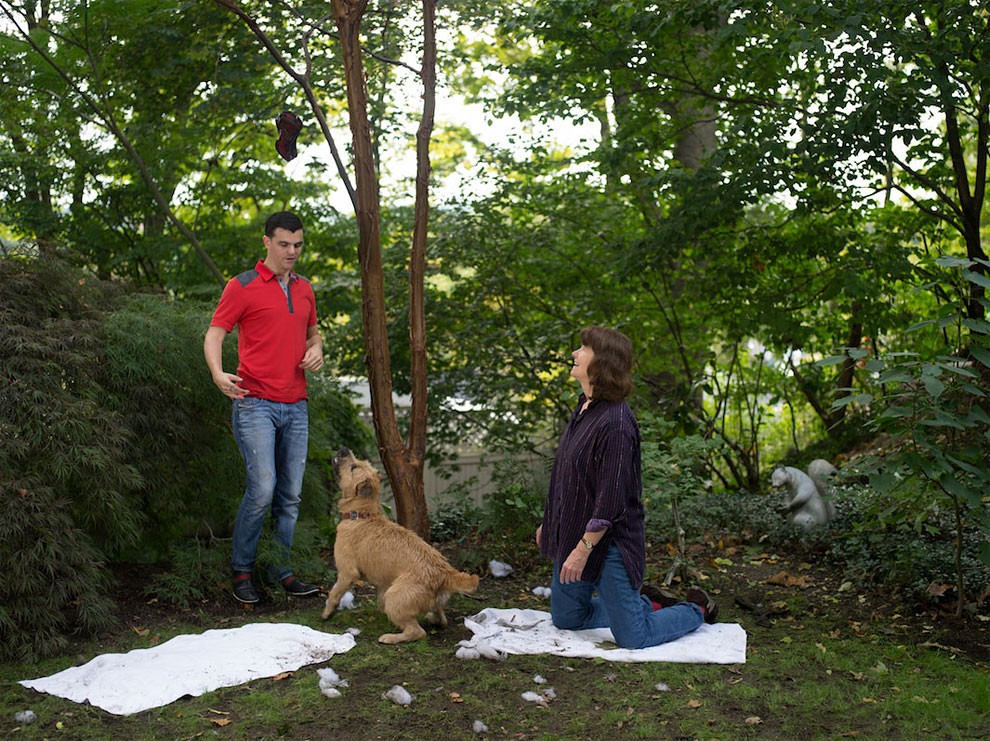 Self-Portrait with Sage Sohier at her home in Massachusetts. © Chandler Holmes

He thought about going back to take another portrait of Cowin in which he were also present but decided instead to photograph himself with the subjects in all the portraits moving foward. 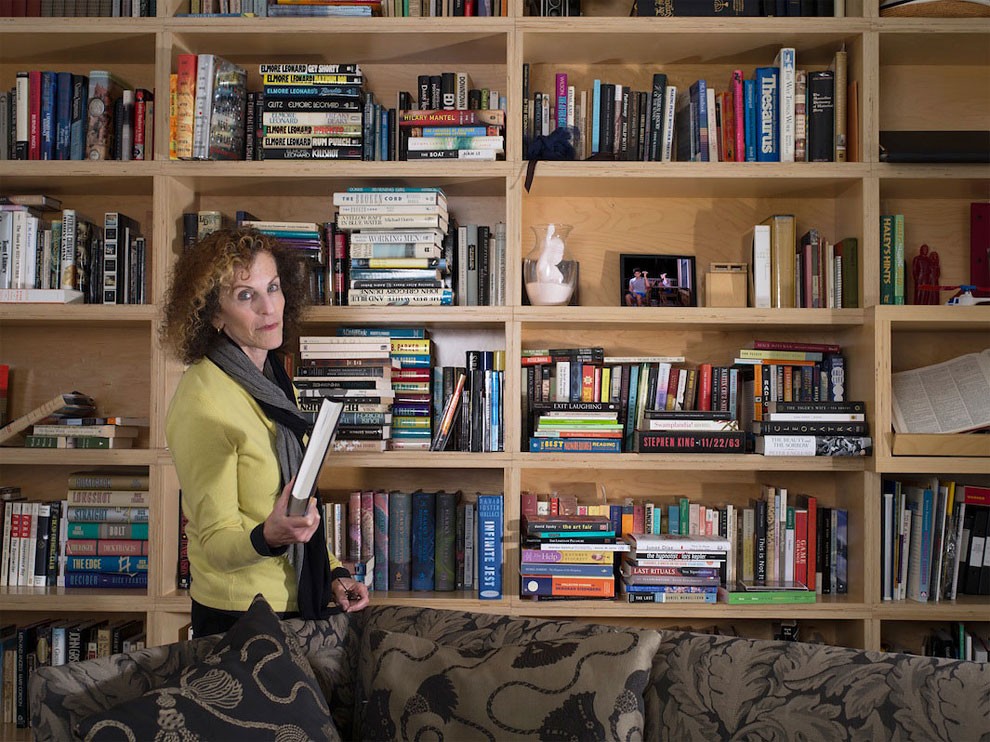 Self-Portrait with Eileen Cowin at her home in California. © Chandler Holmes

For the most part, the artists leave the staging of the images up to Holmes, although a few of them have presented him with their ideas of where or how the photographs should be taken. Holmes also thought about emulating each photographer’s work but decided against it, feeling it was important to create his own brand of images. 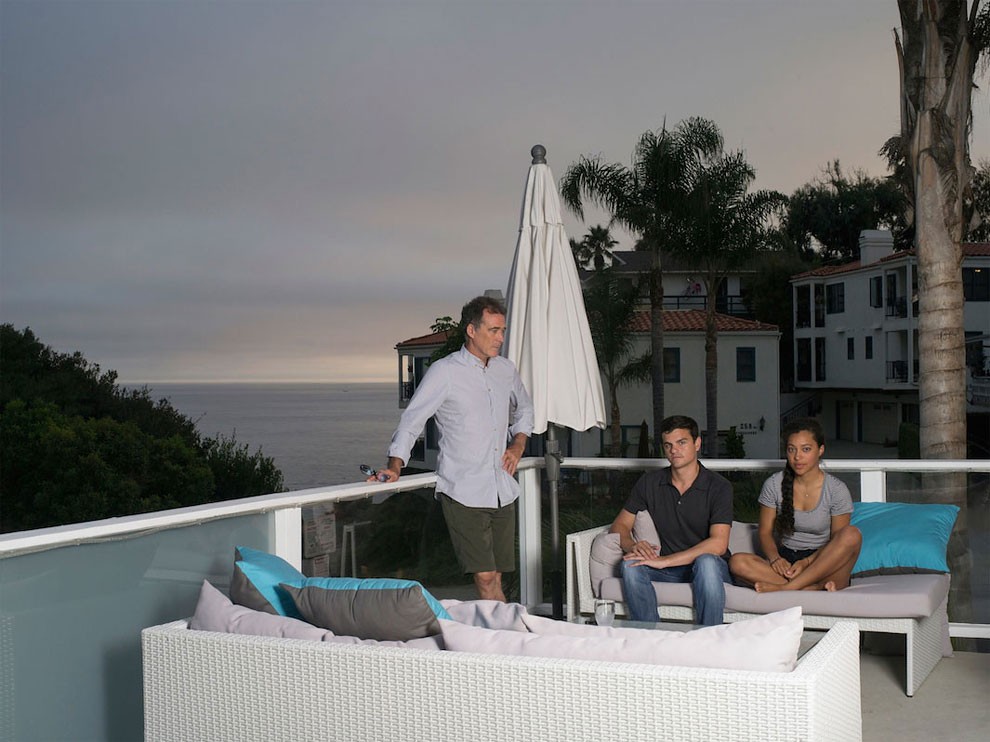 Self-Portrait with James Casebere and his daughter on vacation in California. © Chandler Holmes 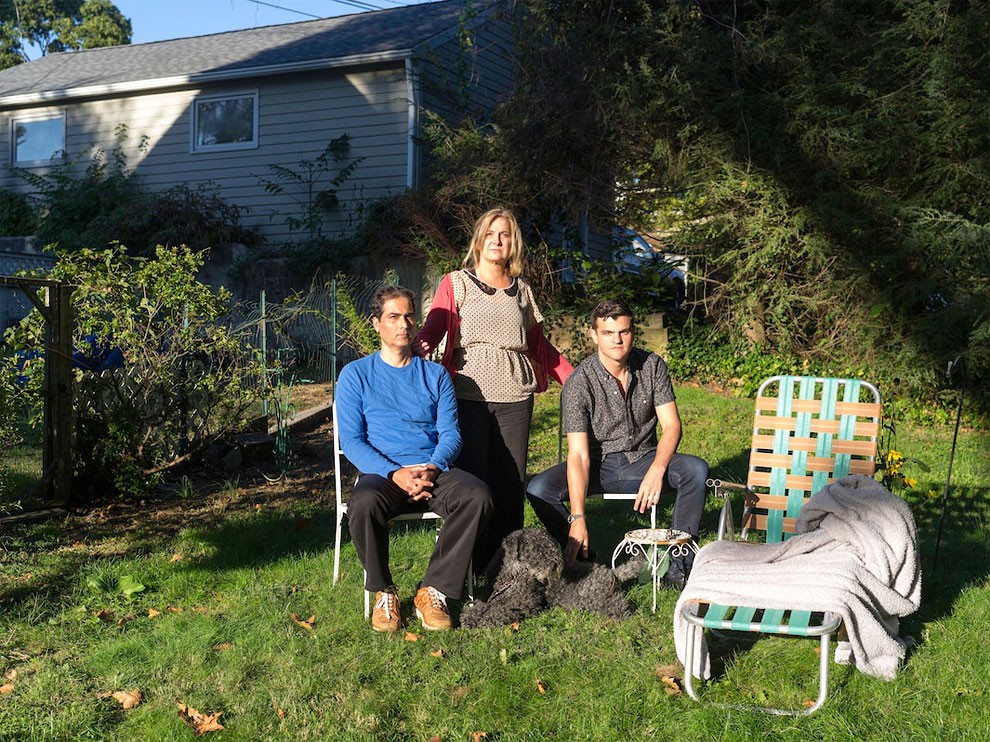 Self-Portrait with Jo Ann Walters and her partner at their home in Connecticut. © Chandler Holmes 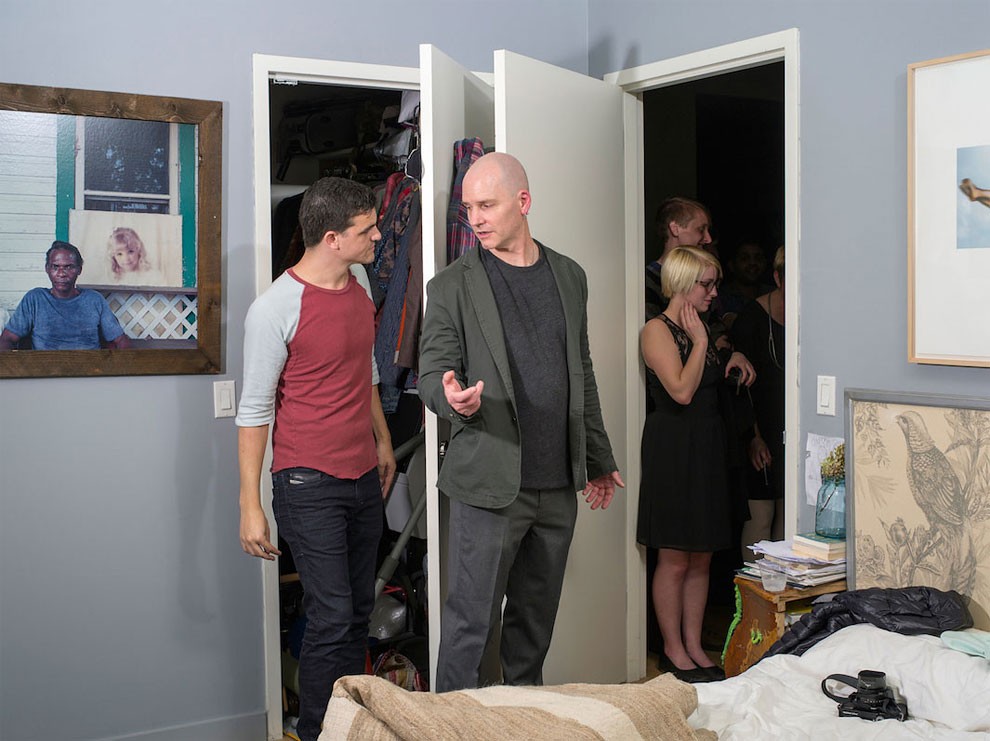 Self-Portrait with Doug Dubois at a party in New York City. © Chandler Holmes 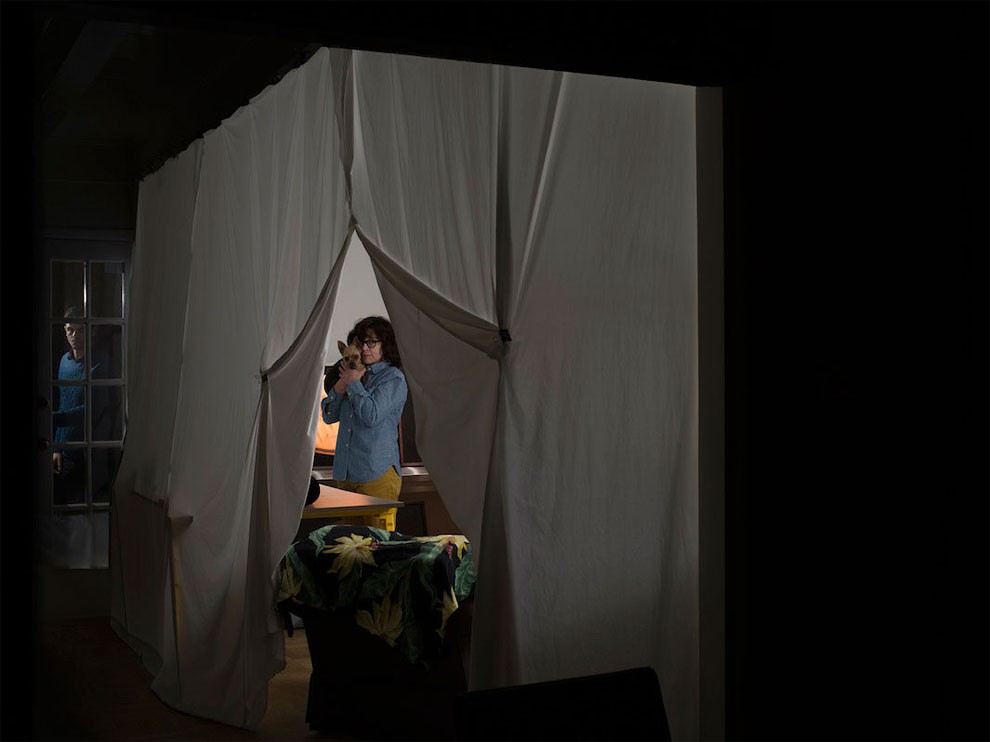 Self-Portrait with Adrienne Salinger at her home in New Mexico. © Chandler Holmes

Living La Dolce Vita: Vintage Photos Show How Idyllic Italy Was In The 1980s
Kodak Prepares for Chapter 11 Filing
Photos Of Tokyo In The 1970s Seen Through The Eyes Of A Canadian Who Moved There At The Time
Can You Guess Who Is Kissing In These Pics: Real Couples Or Friends?
These Guys Hide A Dildo In Every Instagram Picture
Angelina Jolie at 1995 Marcel Indik Photoshoot
In Bed with Marilyn Monroe
Photo of the Day: First Aid
Beautiful Nordic Nature Through The Lens Of Photographer Roger Brendhagen
Photographer Andrius Burba Captures Stunning Photos Of Dogs From Underneath
Fantastic Conceptual Photography by Megan Christine
Photographer Celebrates 100 Years Of Polish Independence With This Stunning Photoshoot
Rare Photographs of a Very Young Diego Maradona From the Late 1970s and Early 1980s
Madison Headrick, Caroline Brasch Nielsen and Robert Torres for Numéro, June-July 2012
"Dressed In Light": Fine Art Photo Series By Dani Olivier
Moped Delivery Drivers Of Hanoi
Budapest in the 1980s Through Fascinating Photos
Fashion Photographer Imagines Cars As Supermodels
Seoul At Night In Neon-Noir Through The Lens Of Photographer Noe Alonzo
Welcome To “Bike Kill 13”, The Annual Gathering Of Builders And Riders Of Home-Made Bicycles
Fantastic Photos of the USSR in the 1950s You Haven’t Seen
"Polyester" by Alex Prager
Sublime Street Photographs Of Hong Kong In The 1950s And 1960s
Photo of the Day: Time
2014 National Geographic Photo Contest, Week 5
Visual Artist Damien Hypolite Revisited Assassin’s Creed Locations In Modern Paris
Photographer Michal Pudelka
Cock And Balls: A Photo Study Of Rock Gods’ Packages In Very Tight Trousers
"Fantplastique" By Ausra Osipaviciute
These 'Game of Thrones' Photos From Time Magazine Are Colorful To Say The Least
family, portraits, world