The Atlas of Beauty: Photographer Mihaela Noroc Provides a Rare Look at Women in North Korea 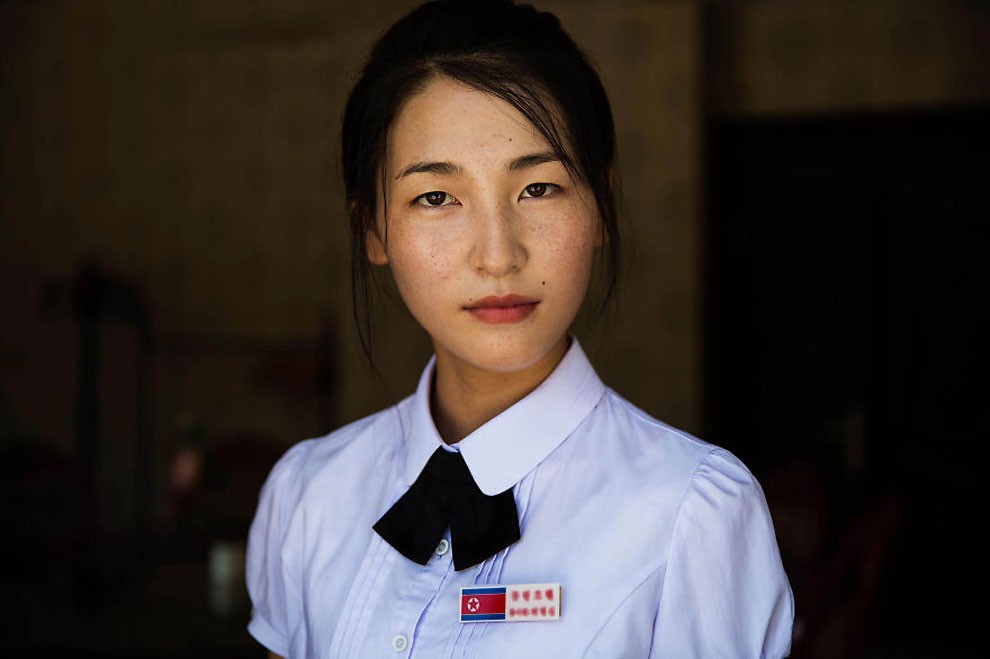 “She was working in a hotel in Sinuiju”

Over two years ago, Romanian photographer Mihaela Noroc embarked on an ambitious quest to document diverse examples of beauty around the world through stunning portraits of women from more than 37 countries. Her journey has taken her to a diverse range of lands, including Tibet, Iran, Brazil, and the US, but her latest destination is particularly noteworthy—none other than North Korea, the isolated and rarely photographed East Asian nation. 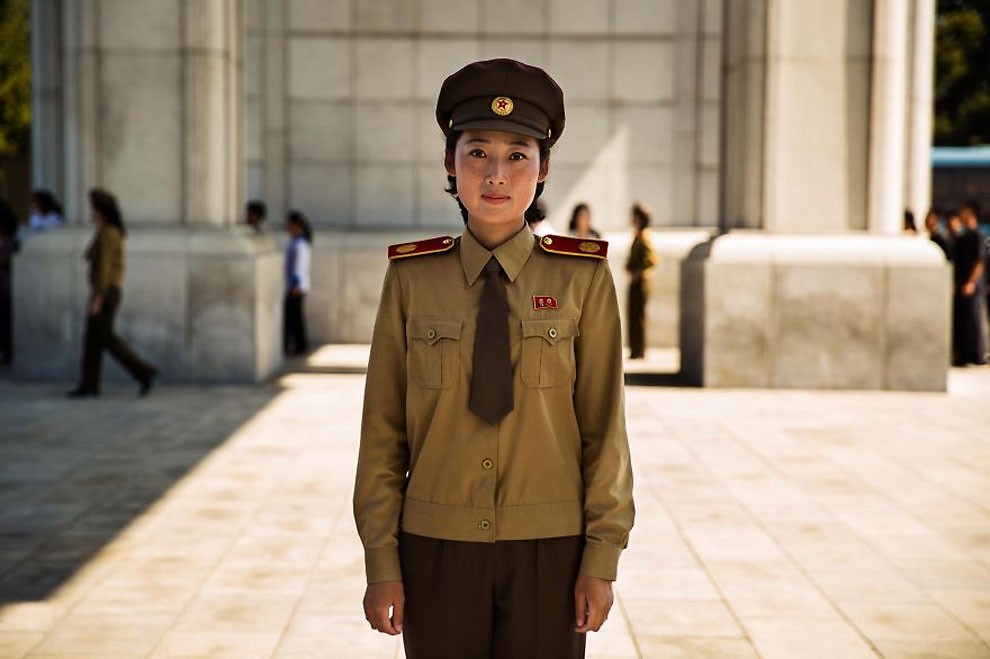 Traveling to cities like Pyongyang, Sinuiju, and Wonsan, Noroc had the remarkable opportunity to expand her series The Atlas of Beauty to include the women of North Korea. Her subjects range from waitresses to students to factory workers, providing a unique look at some of the 24.9 million people who live in the country. 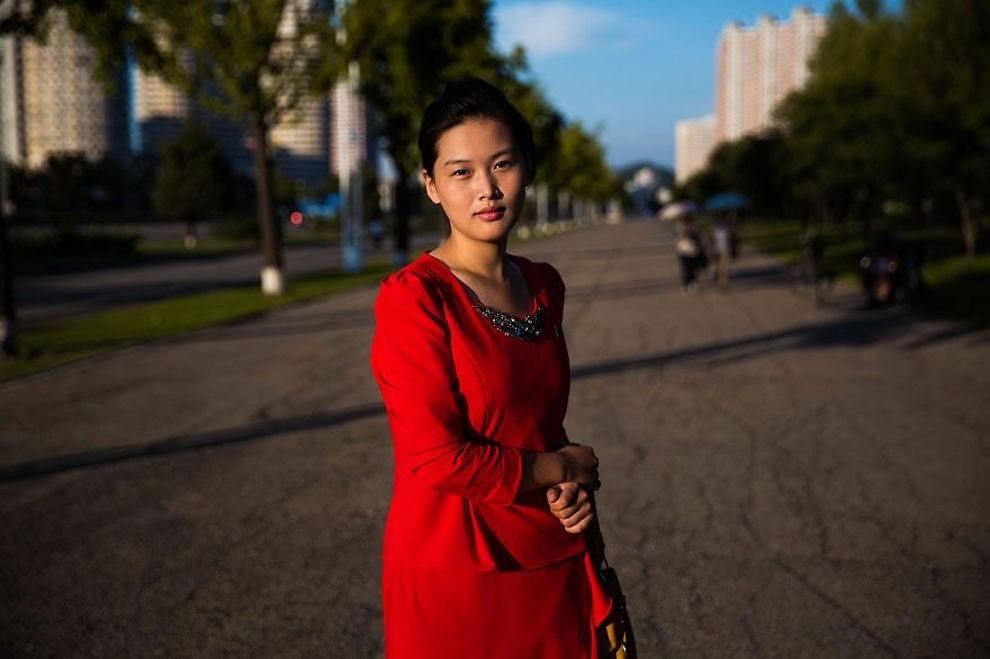 “One of the wide boulevards of Pyongyang”

“North Korean women are not familiar with global trends, but this doesn’t mean that they are not preoccupied with their look. They are, definitely!” the photographer wrote on Bored Panda. 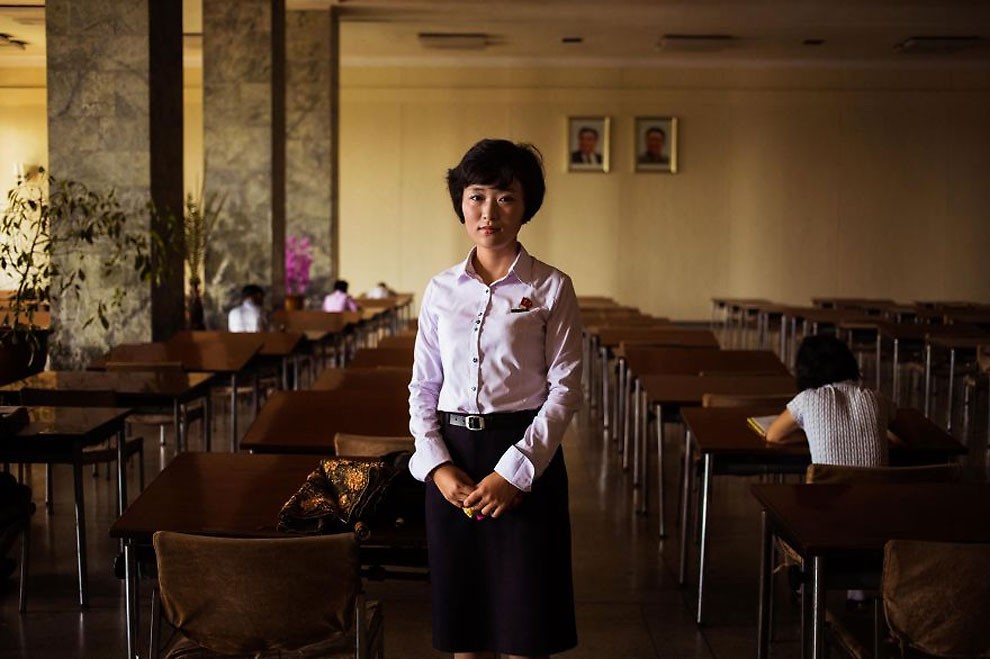 “They have a passion for high heels and usually wear classic outfits, always accompanied by a pin, on the chest, representing one of the country’s leaders. During celebrations and other special occasions, they wear traditional colorful outfits.” 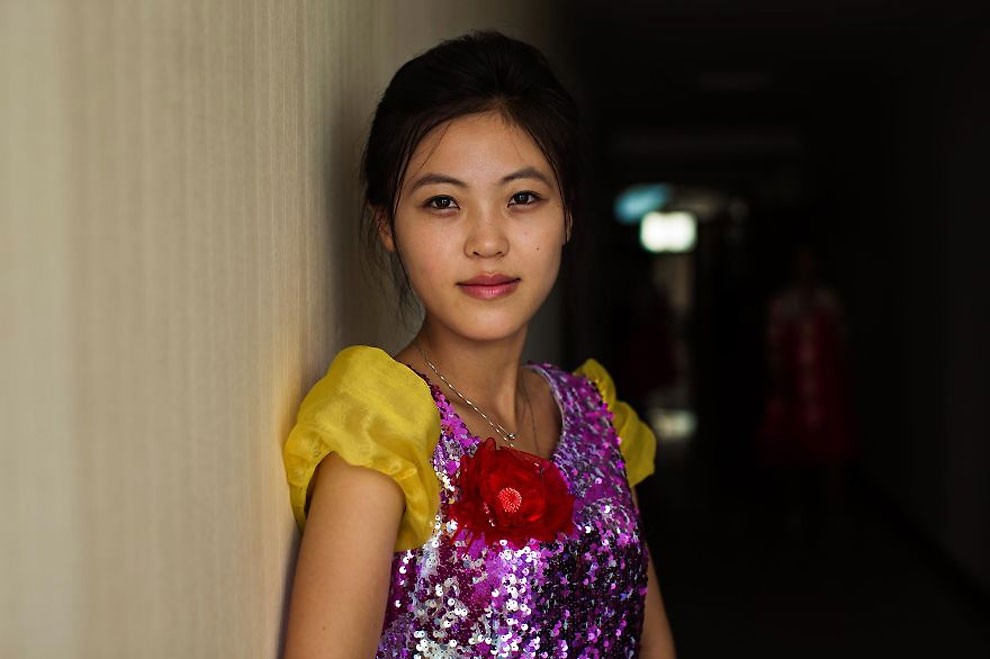 “A singer before her show, in Sinuiju”

Noroc is raising funds via Indiegogo so she can continue her travels around the world until she has enough material for a book. 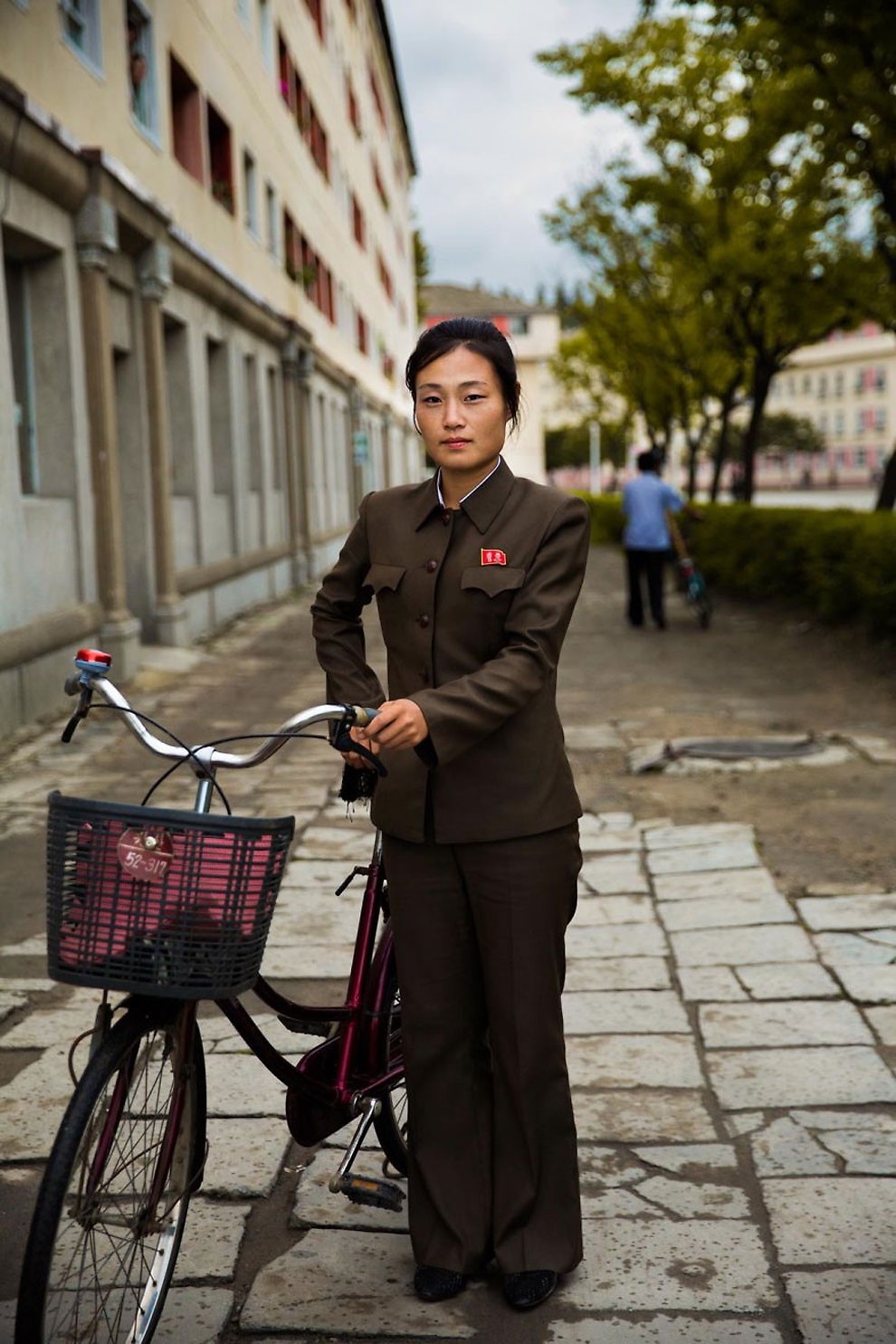 “Bicycles are the most popular vehicle”

She says, “My goal is to continue and take photos of women from each country of the globe, showing that beauty is in our differences.” 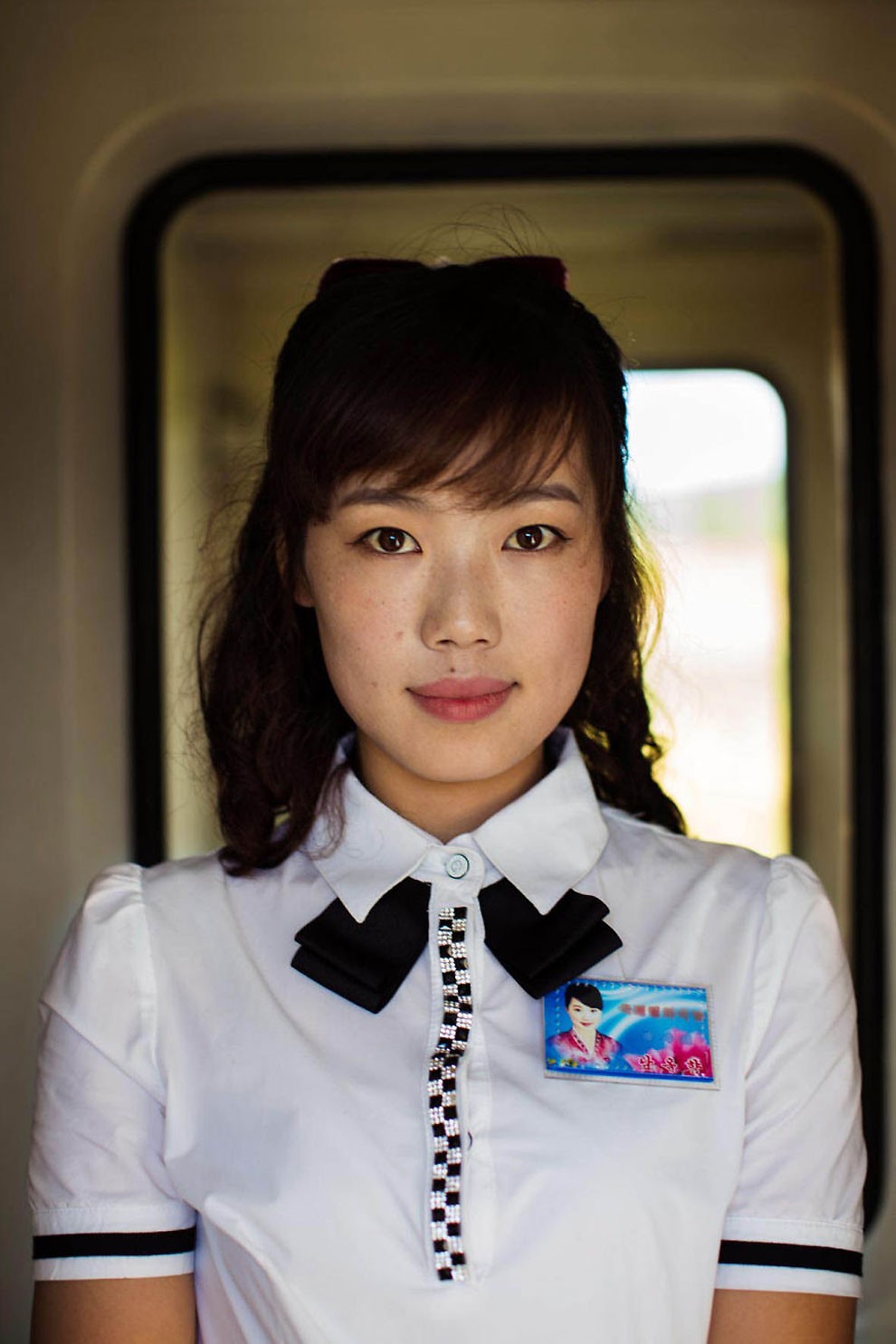 “She was working in a train” 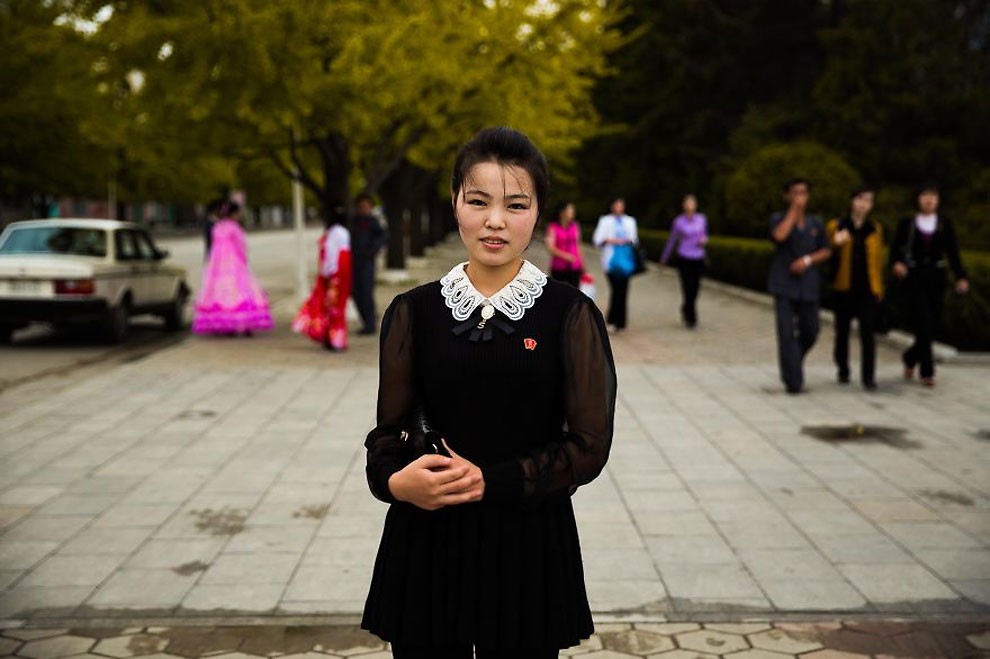 “On the streets of Wonsan City” 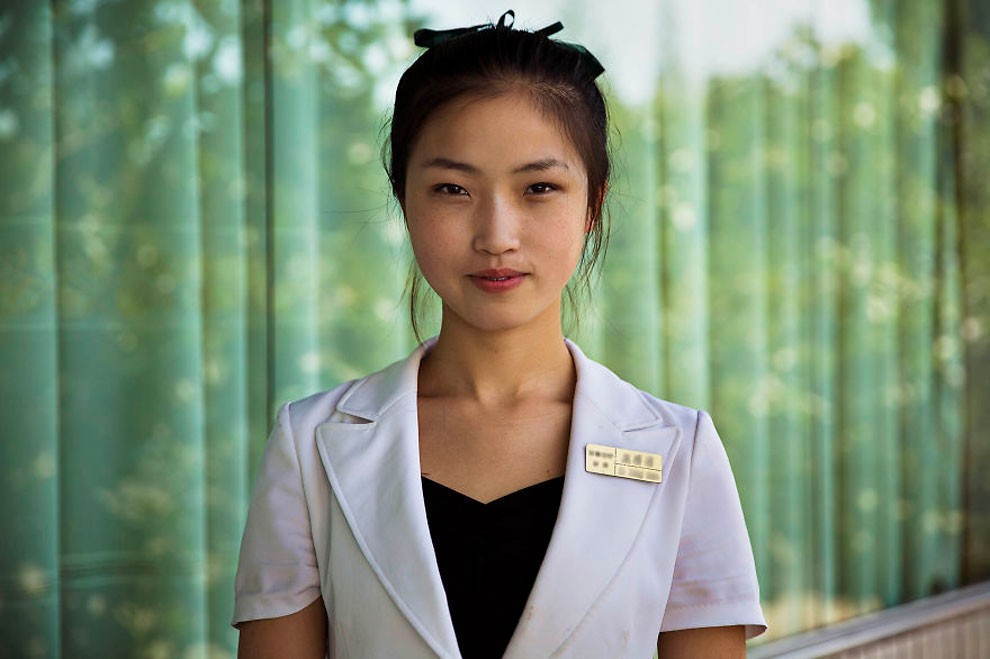 “A waitress in Pyongyang” 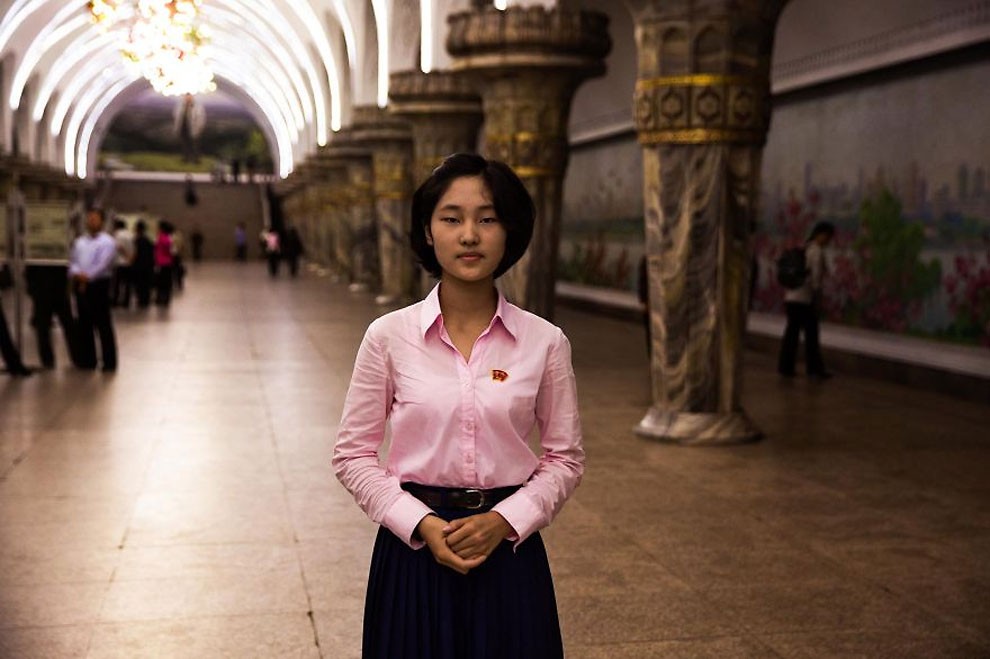 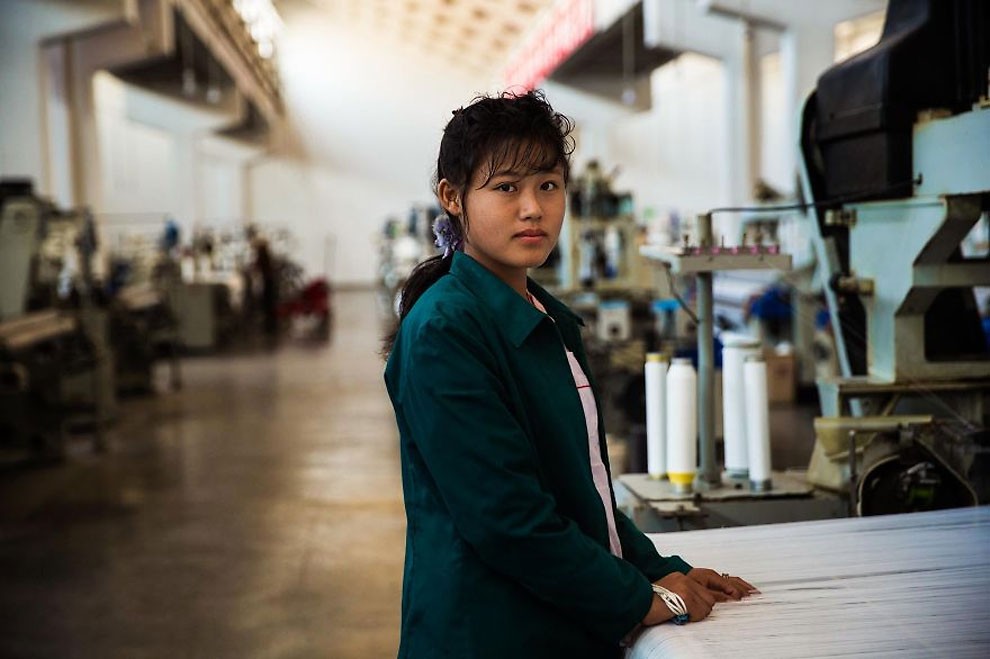 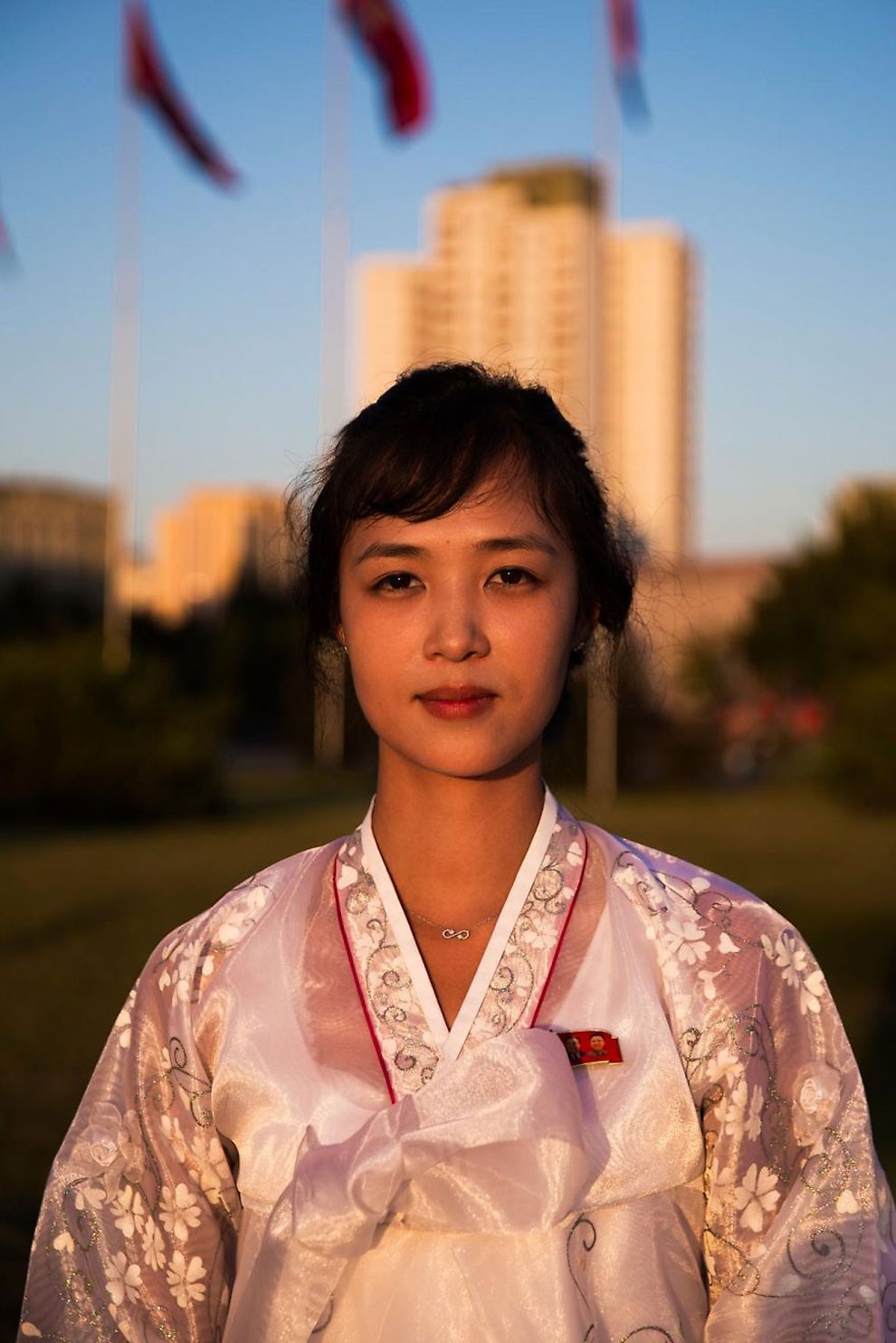 “During celebration or other special occasions women wear traditional outfits” 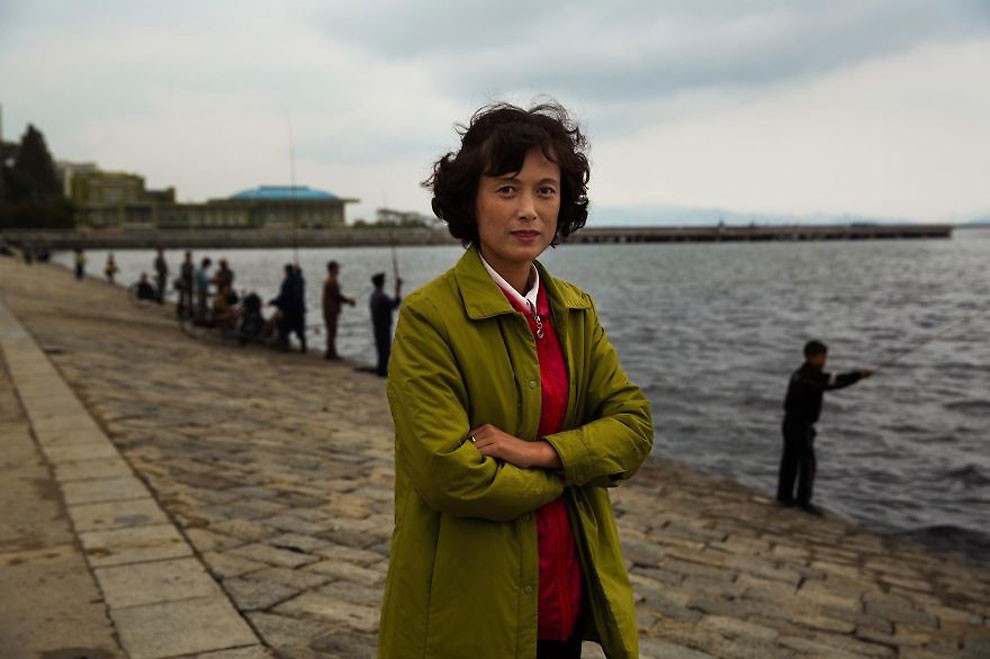 “Fishing is very popular in Wonsan” 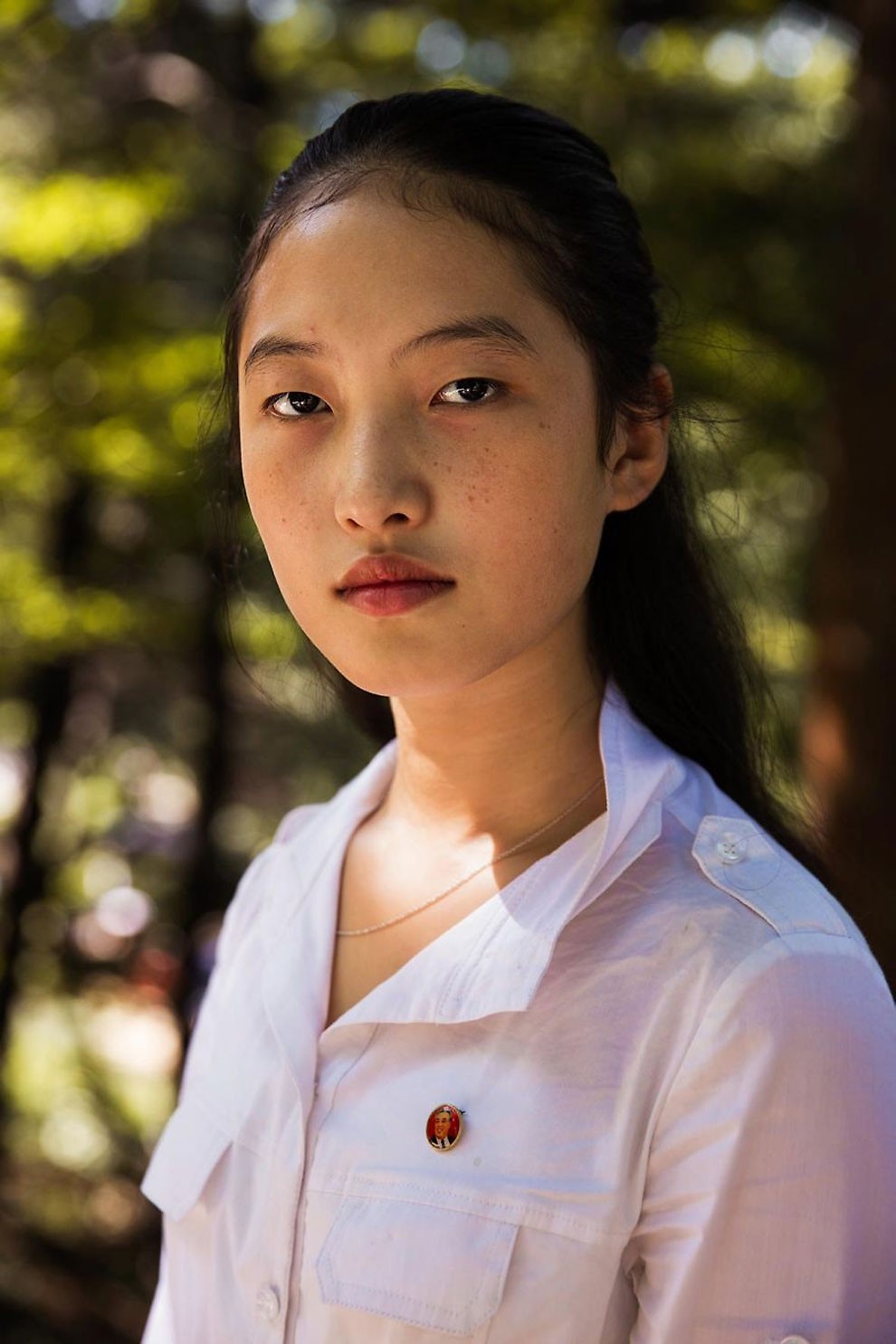 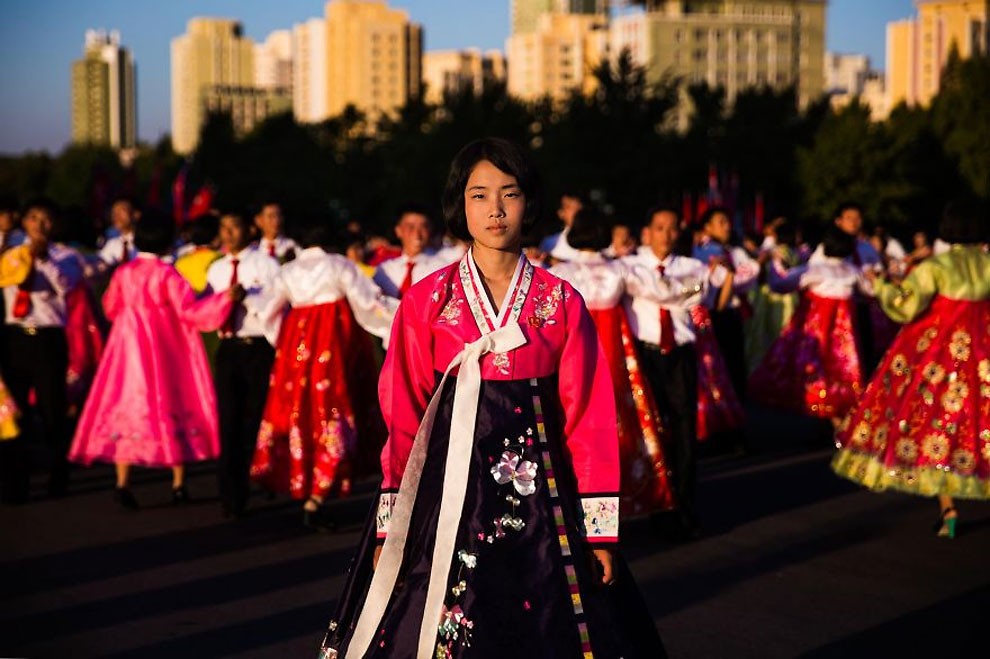 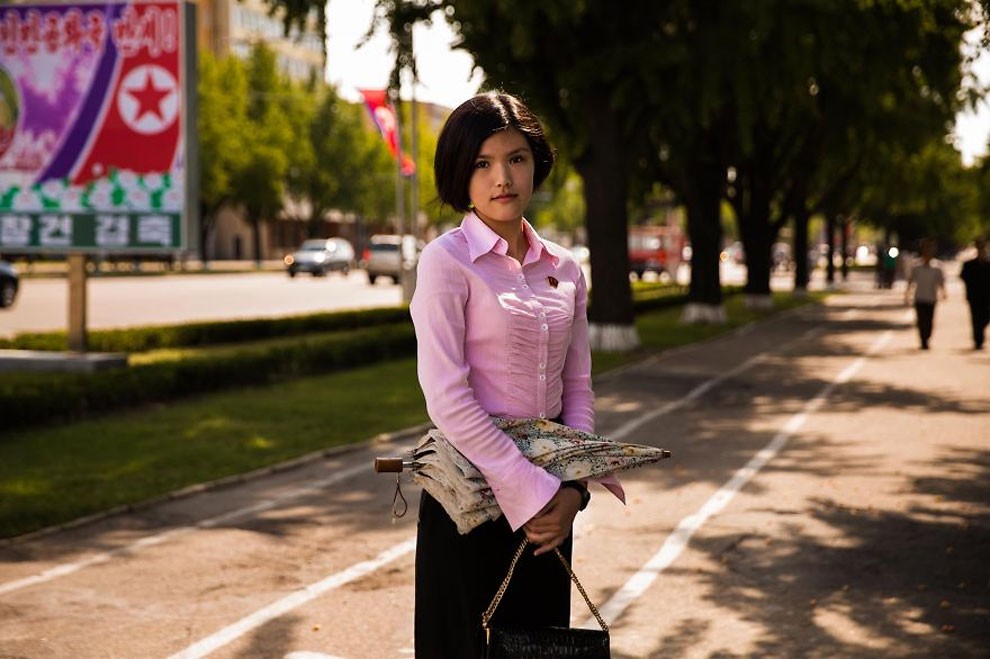 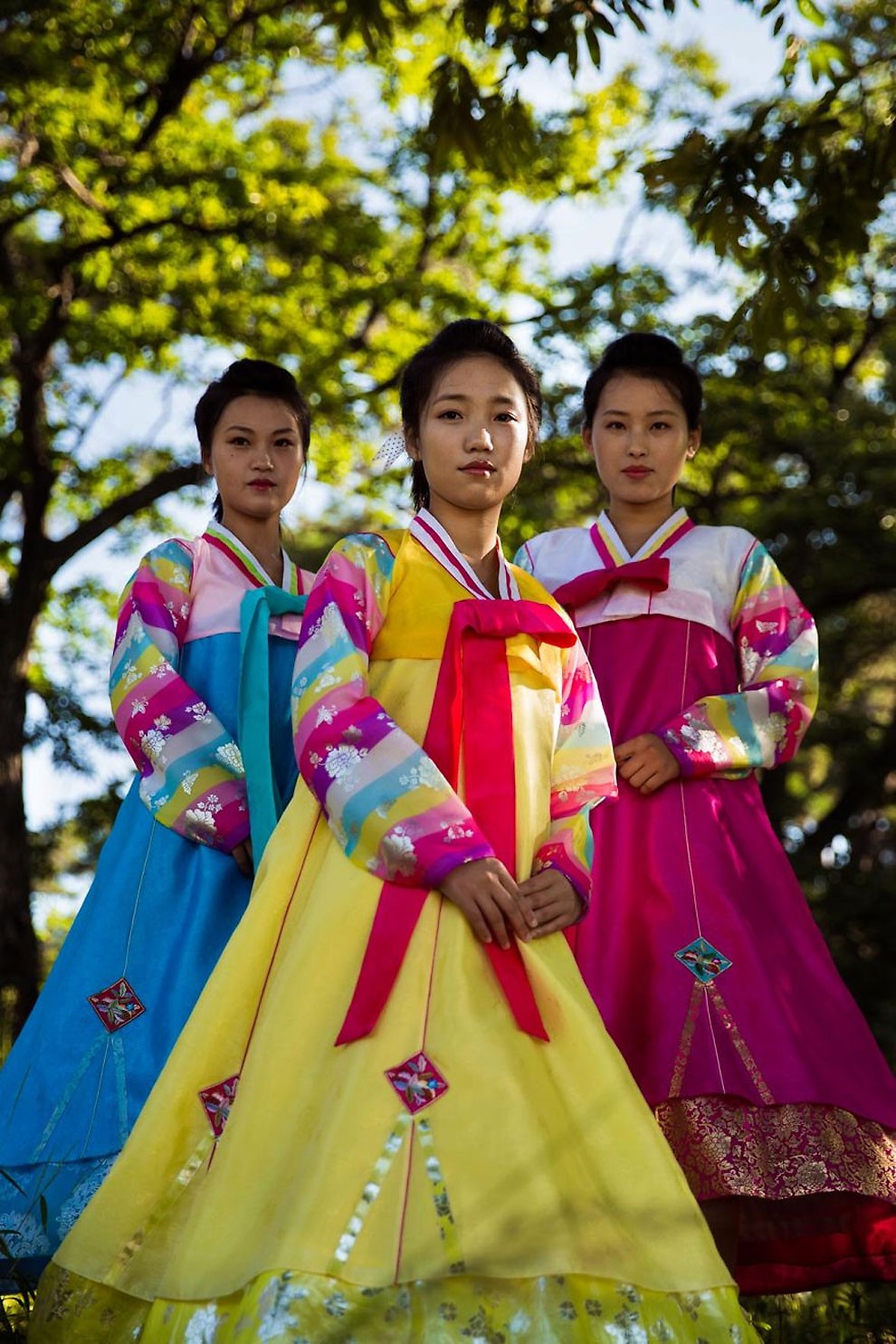 “In Sinuiju, a city bordering China” 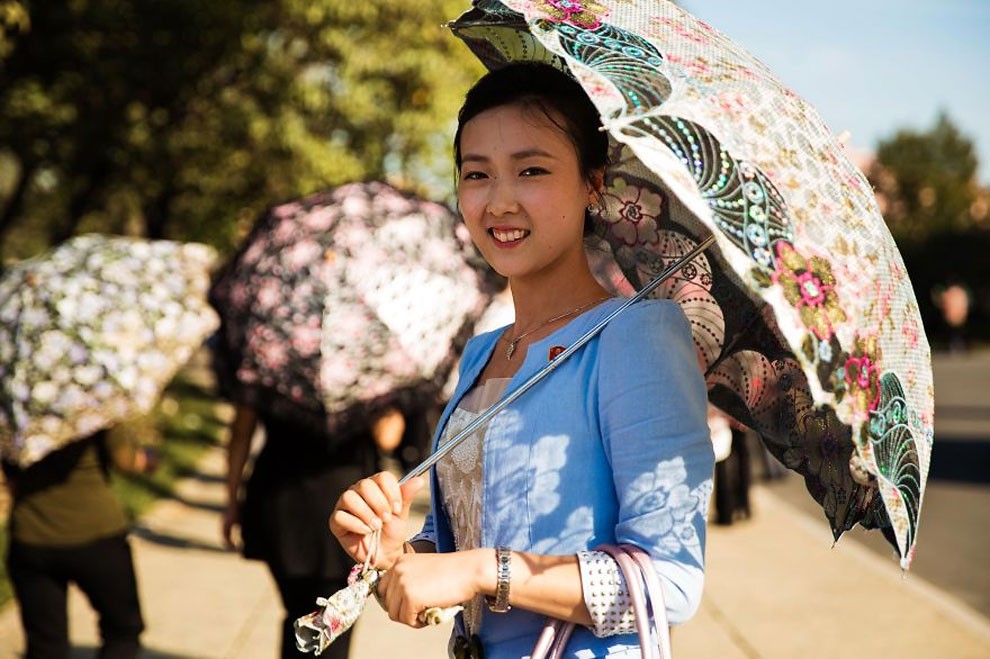 “Umbrellas are popular for sun blocking” 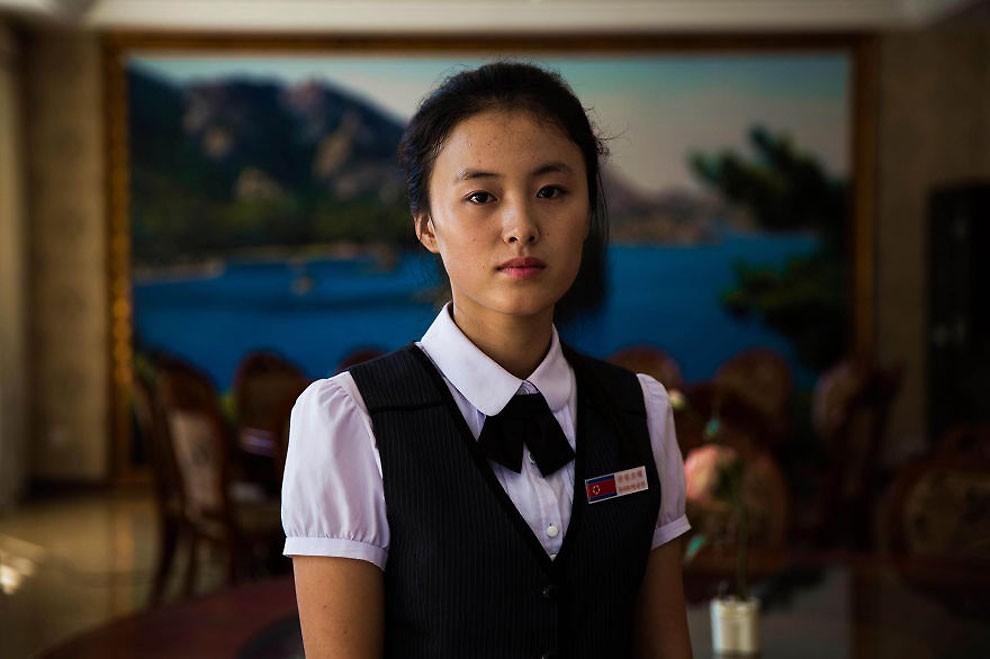 “She was working in a hotel in Sinuiju” 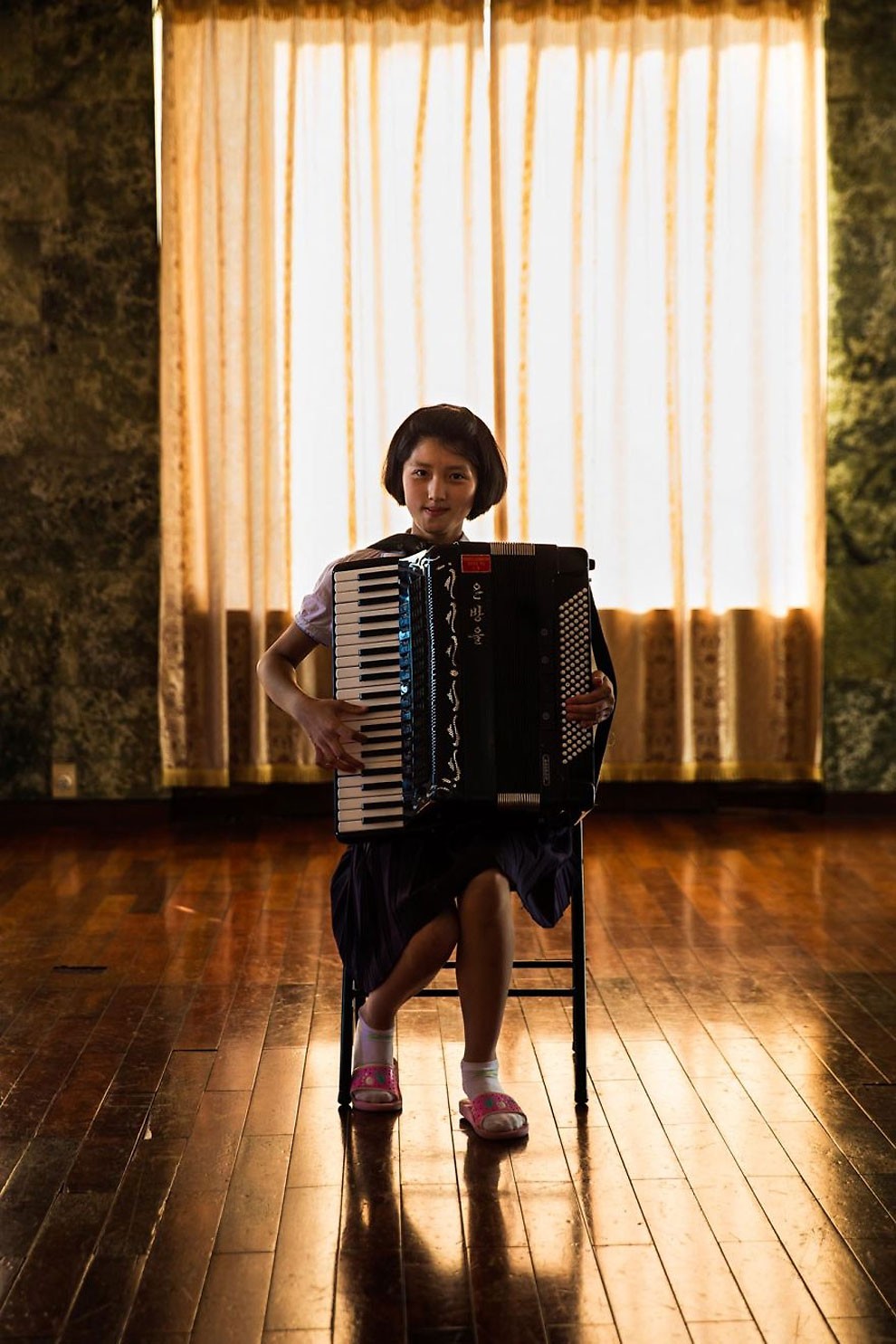 “Playing instruments is a popular activity” 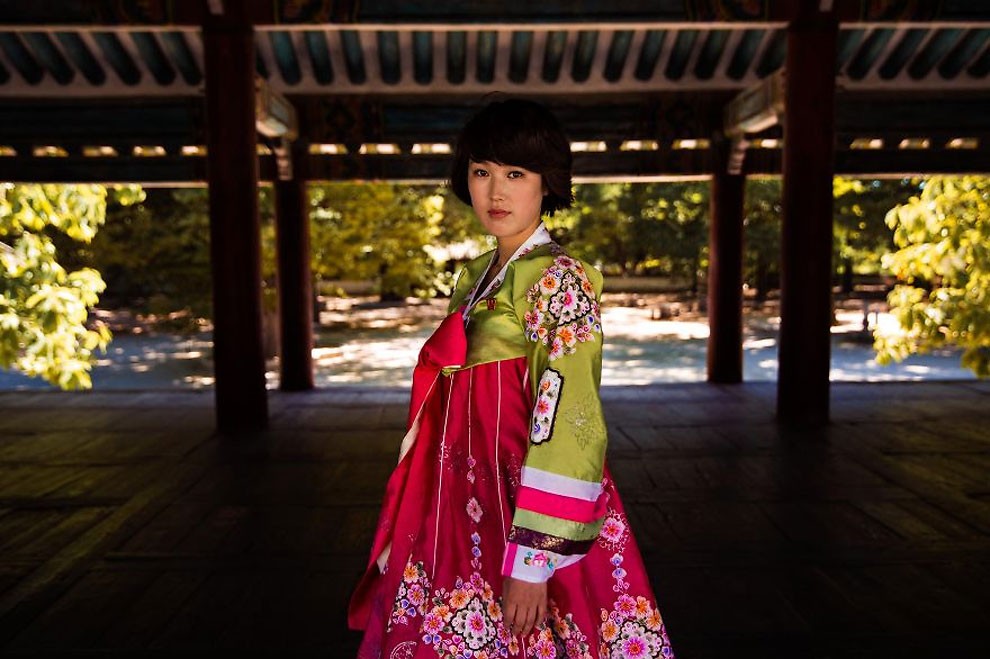 “Gates of Koryo Museum in Kaesong”

Ivan Khafizov Captures The Beauty Of Russian Hand-Carved Wooden Window Frames
The Adventures Moody Groot: A LEGO Photo Series
Photographer Benedict Redgrove Given Unprecedented Access To NASA Technology
Rhine Falls: Amazing Aerial Photography by Bernhard Lang
Darth Vader In Disneyland
This Hidden Chilling Forest Path Looks Like A Trail To Mordor
Charming Photos Of Cool Girls Posing With Their Cars In The 1920s
Georgian Photographer Makes “Autoportrait” Series To Convey Her Feelings Towards Art
Surreal Photos Of Abandoned Houses In The Arctic By Norwegian Photographer Britt Marie Bye
New York Over 35 Years Ago – 55 Color Snapshots Show The Most Populous City In The United States In 1980
Photographer Travelled The World To Document Children And The Food They Eat In A Week
Unbelievable Macro Shots Taken Inside Instruments By The Romanian Artist Adrian Borda
Photographer Simon Laveuve
The Breathtaking Geometry Of America From Above
Photographer Mitch Rouse Captures Beautiful Patterns Of Farmland From Above
Models Posing Awkwardly For Photos
Beautiful But Scary Photos of La Palma Homes Covered by Volcanic Ash Blankets After Eruption
"A Journey Guided By The Elements:" Surrealistic Reality In Photographs By Benjamin Everett
Travel Photographer Captures Striking Images Of Tiny People In Big Places
Brazil Through The Lens Of David Alan Harvey
Photos Show What Life of American Teenagers Looked Like in the 1980s
These Neon-Soaked Cityscapes Make South Africa Look Like Hong Kong
Spectacular Winning Images of The Black and White Minimalist Photography Prize 2021
12 Zombie Style Family Portraits Render Any Family Photos You Have So Alive And Well Boring
atlas, beauty, mihaela, noroc, photographer, provides