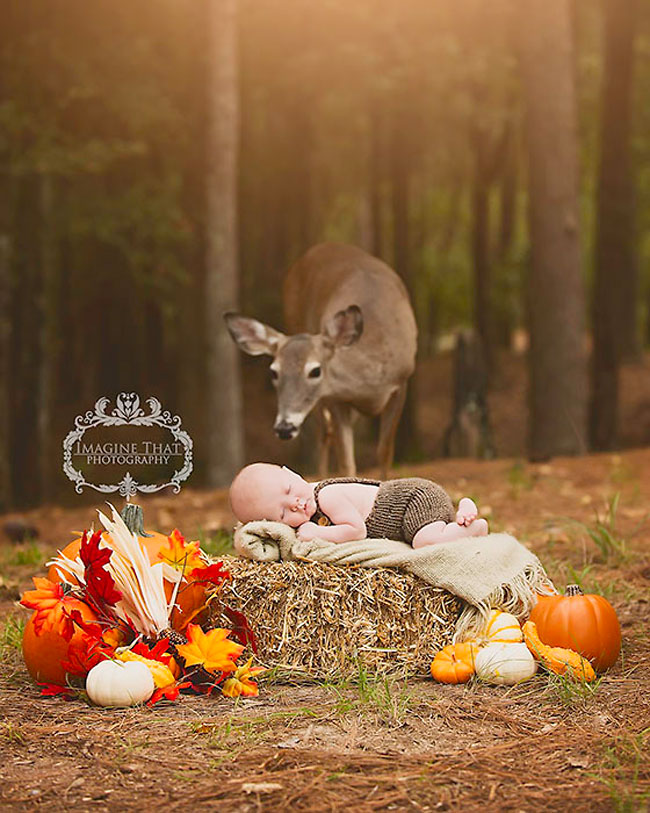 Photographer Megan Rion of Imagine That Photography was capturing 1-month-old Connor Rogers’ portrait when an intrigued woodland creature unexpectedly interfered. While Connor was serenely sleeping on a hay stack surrounded by gourds and autumn leaves, a curious deer name Maggie wandered over. When she was a fawn, young Maggie had been hand-fed and inevitably became comfortable with human beings. 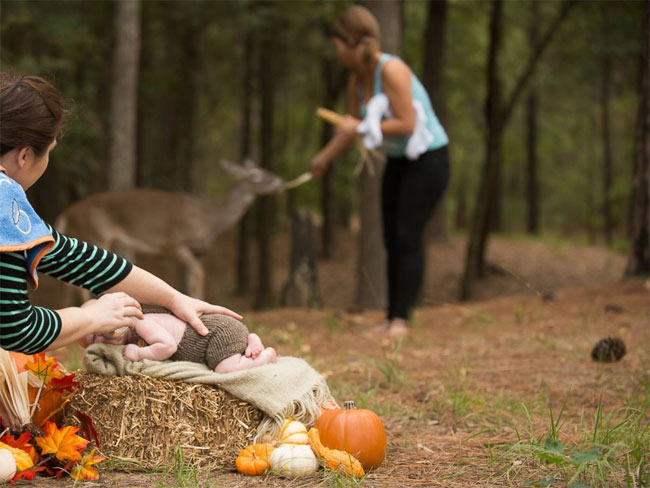 Now, she wanders around Louisiana’s Sam Houston Jones State Park and occasionally shows up during Rion’s photoshoots. Even though Maggie has a reputation amongst parents who’d like her to be included in their child’s portrait, there’s no guarantee that she’ll turn up. However, when the deer does arrive, Rion makes sure that her assistant is close by her subject, since Maggie’s still a wild animal. 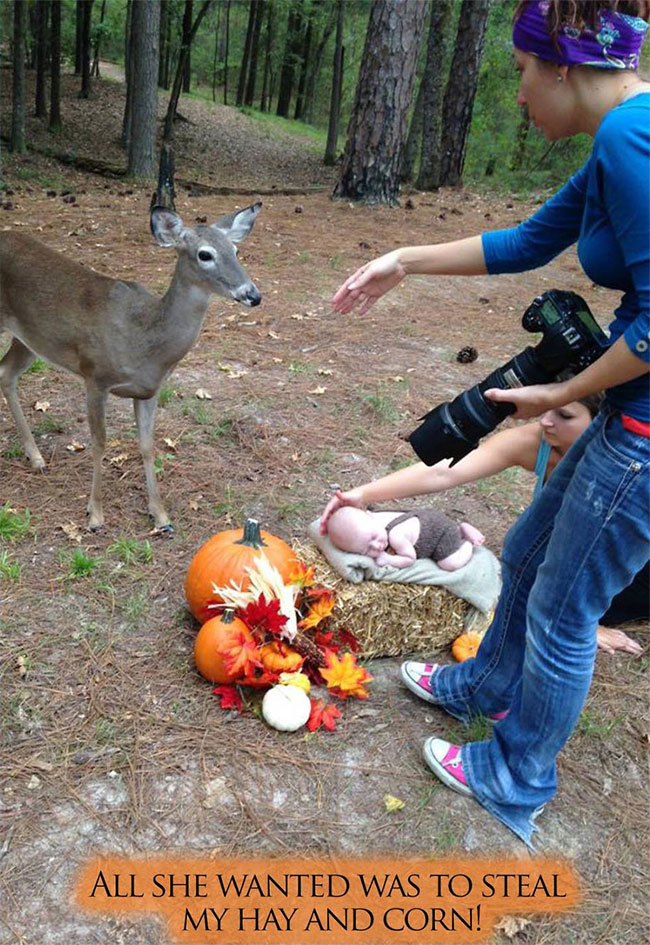 Fortunately, Maggie was nearby when the Rogers family was at the park with Rion. The photographer’s assistant lured the deer over with an ear of corn, which allowed the artist to capture the perfect shot. With her natural beauty, Maggie easily makes Connor’s portrait all the more magical. 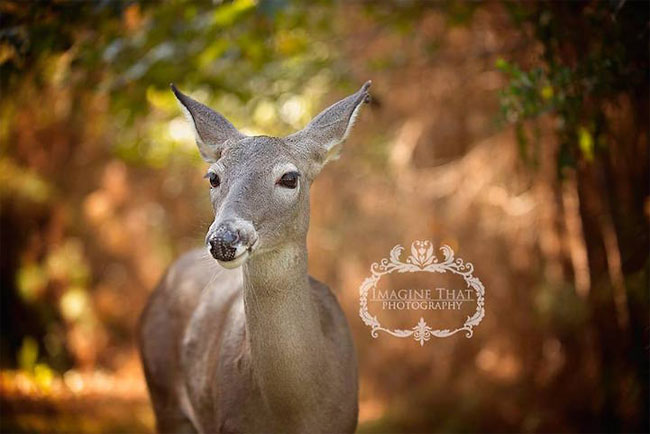 Check out these other photo shoots with the adorable Maggie: 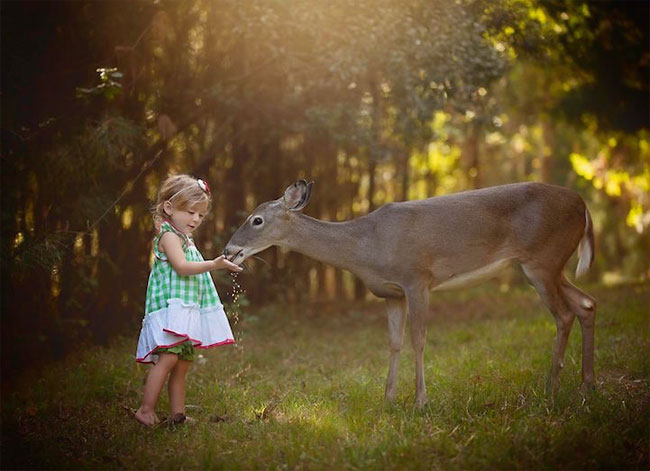 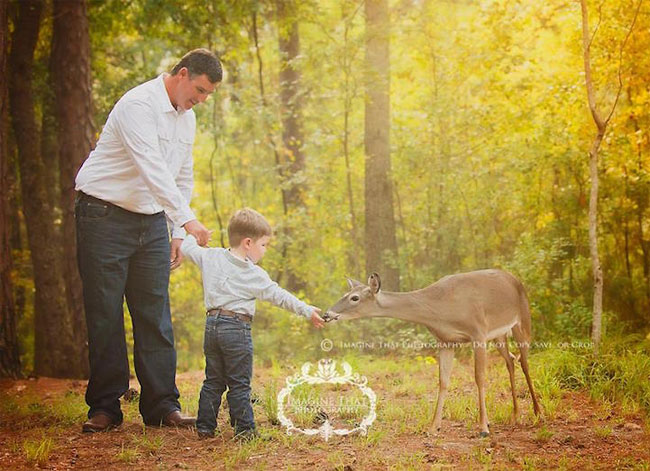 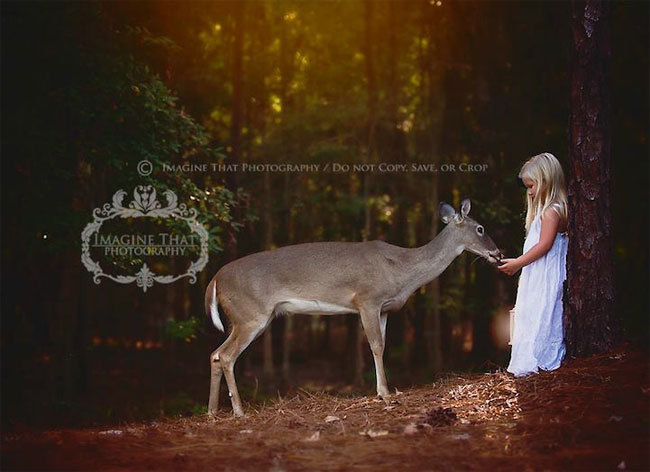 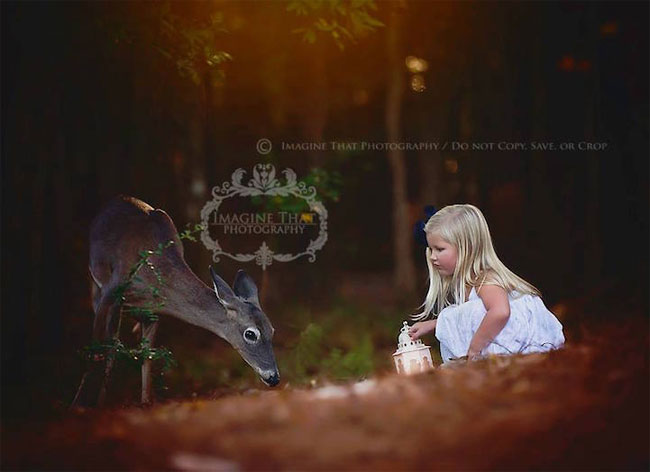