Vintage Portraits Of Psychiatric Patients In The Late 19th Century

A set of portraits from an unidentified psychiatric hospital most likely in France or Germany. These were taken some time in the 1880s. 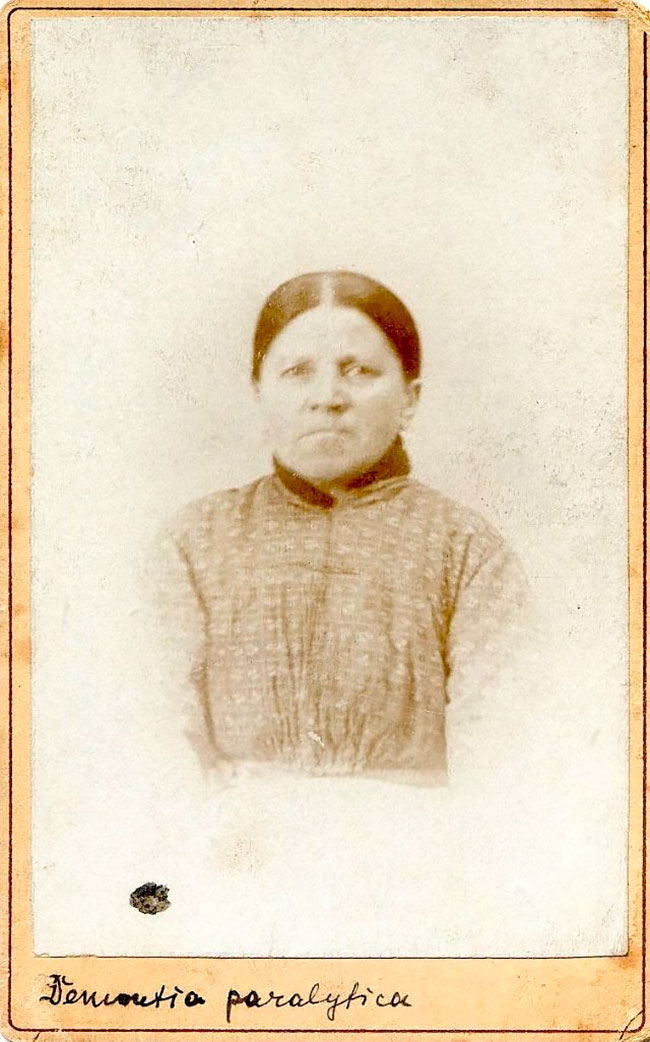 When Hugh Welch Diamond photographed psychiatric patients at Surrey County Hospital in the 1850s, he believed the camera was a new technology that could record things beyond human perception. In one way he was right; photographs could capture objects invisible to the naked eye. He was mistaken in believing that abstract ideas would freely offer themselves to the photographer. A photograph of a psychiatric patient was not a photograph of their illness. 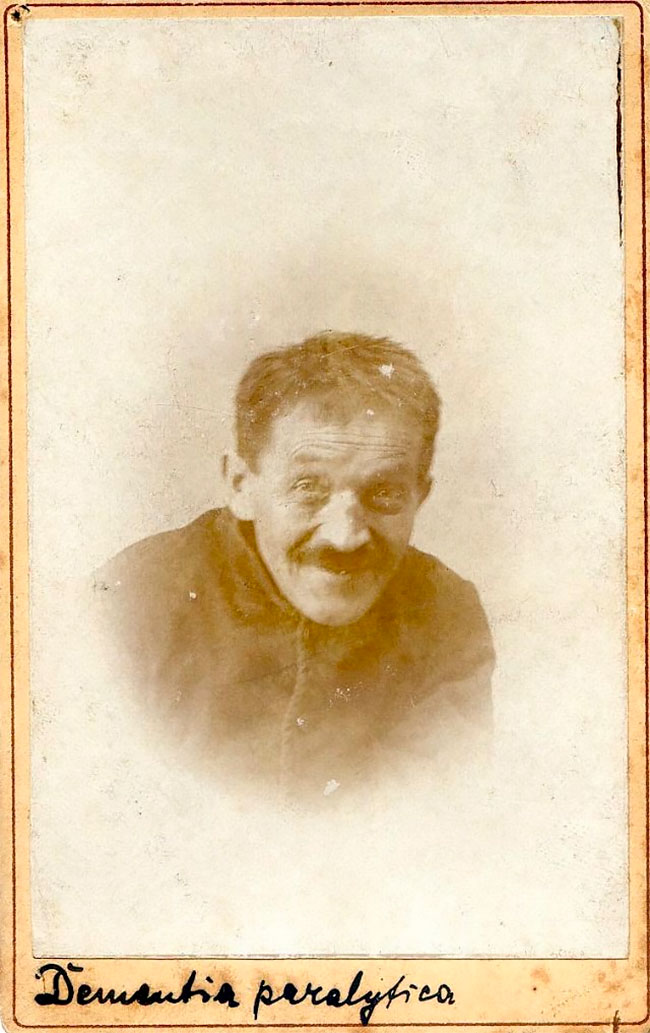 The mistake wasn’t his alone. At Salpêtriére hospital outside of Paris, doctors and photographers including Guillaume Duchenne, Paul Régnard and Désiré-Magloire Bourneville began photographing psychiatric patients with much the same idea in mind. Duchenne took a series of photographs of a Parisian shoemaker suffering from Bell’s palsy. In order to record emotions Duchenne attached electrodes to various parts of the patient’s face to trigger muscular responses. The shoemaker’s subjection to science wasn’t entirely in vain. Duchenne was able to determine that emotional displays activated specific muscles, if a person smiled without using particular muscles that smile was either false or it could indicate a neurological disorder. 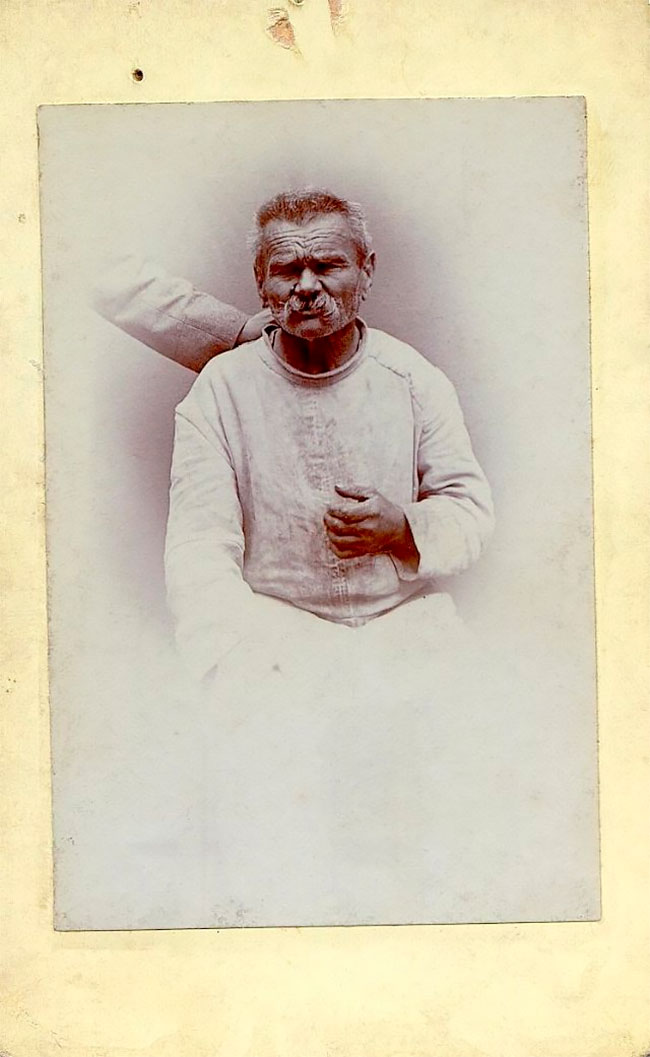 Régnard and Bourneville were more interested in documenting hysteria. The chief physician at Salpêtriére, Jean Martin Charcot, had instituted one reform and made two discoveries that revolutionized treatment of hysteria. The reform was to turn the hospital from a prison into a place for proper medical treatment. The old idea that people could be gathered up and dumped in a place out of sight, out of mind, was jettisoned. Salpêtriére would have gardens, stores and workplaces for the patients. Some commentators would describe the hospital during Charcot’s tenure as a city unto itself and by the 1880s it was appearing on tourist itineraries. The discoveries were first, that hysteria could be traced back to a trauma and was not therefore a physical illness of the womb or contagious as had earlier been believed. The second was that it wasn’t specific to women. Men could also be afflicted. 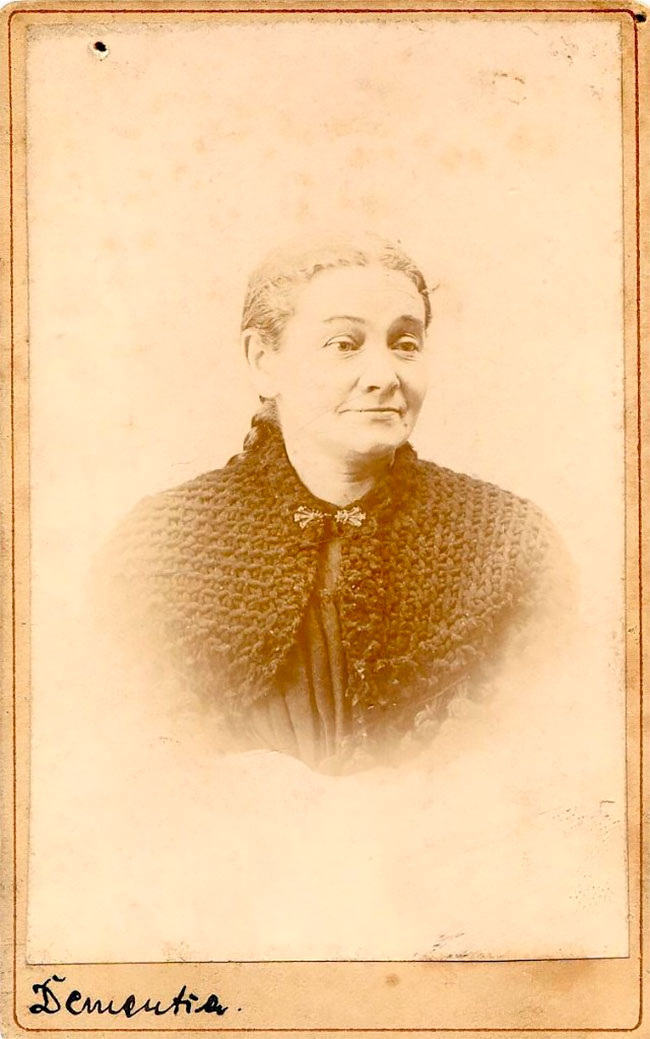 In 1882 Albert Londe arrived at the hospital to begin working as a chemist. His work marks a new stage in the relationship between photography and psychiatry. Londe wasn’t interested in ideas that the camera could somehow penetrate the mind of the patient. He was more interested in the physical manifestations. By now Charcot had realized that hysteria could display itself in a variety of ways, that not everybody underwent five stages, and that some might be attacked by uncontrollable spasms while others remained catatonic. Londe’s task was to assemble the variety of these manifestations on the possible theory they could be traced back to specific neurological dysfunctions. In order to document them properly, Londe needed to record them using chronophotography, that is, in sequences of time so that the ways that patients twitched and convulsed could be compared against each other. 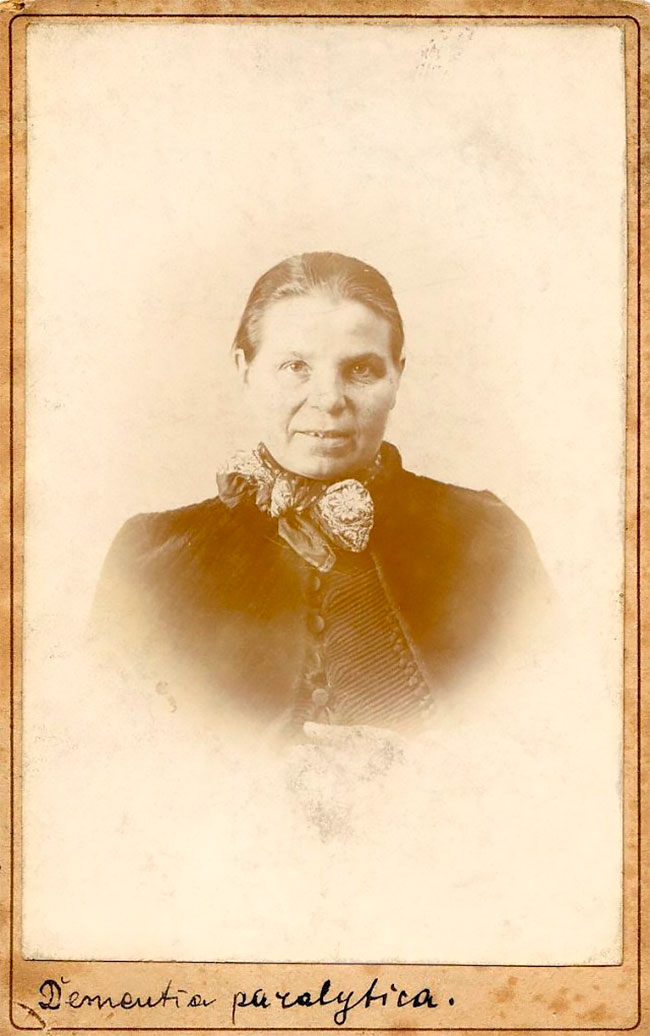 In a sense Londe’s work was also a failure; the catalogue would reveal nothing from which a solid medical diagnosis could be made. Still, it represented a more clinical approach to photography and the acknowledgement that the camera was limited in its applications. The recording of movement would become important in diagnosis if only to document the severity of attacks. 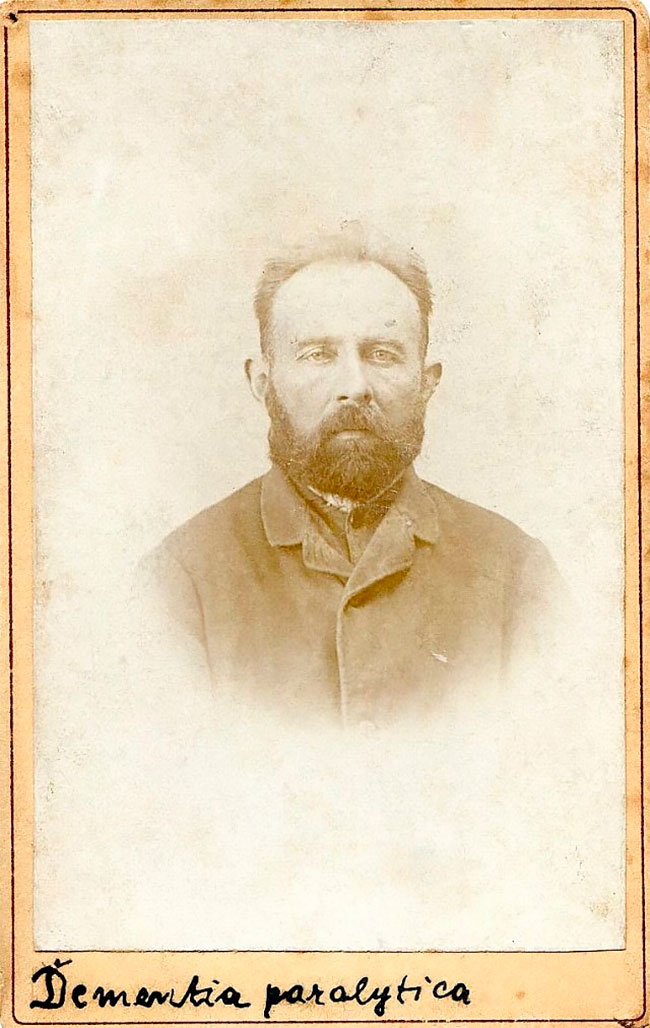 These portraits make no attempt to analyze the psychiatric condition. Rather, they are mug shots, used to identify the patient for the hospital records. Not every patient’s illness is apparent; without the description we could be forgiven for thinking some are regular studio portraits. This suggests the hospital may have recognized that the concept a camera was a metaphysical tool was wrong. Alternatively it did employ photography as such but at a different time. Whatever the case, the images still provide a window into the mind of a psychiatric patient in the late 19th century. Most of these people are visibly ill. They are also, clearly, incapable of looking after themselves. Their smiles shouldn’t be seen as indications of happiness but dislocation. A number suffer from ‘dementia paralytica’, a euphemism for tertiary syphilis (also known as ‘general paralysis’). Idiocy is probably senility and melancholia, depression. 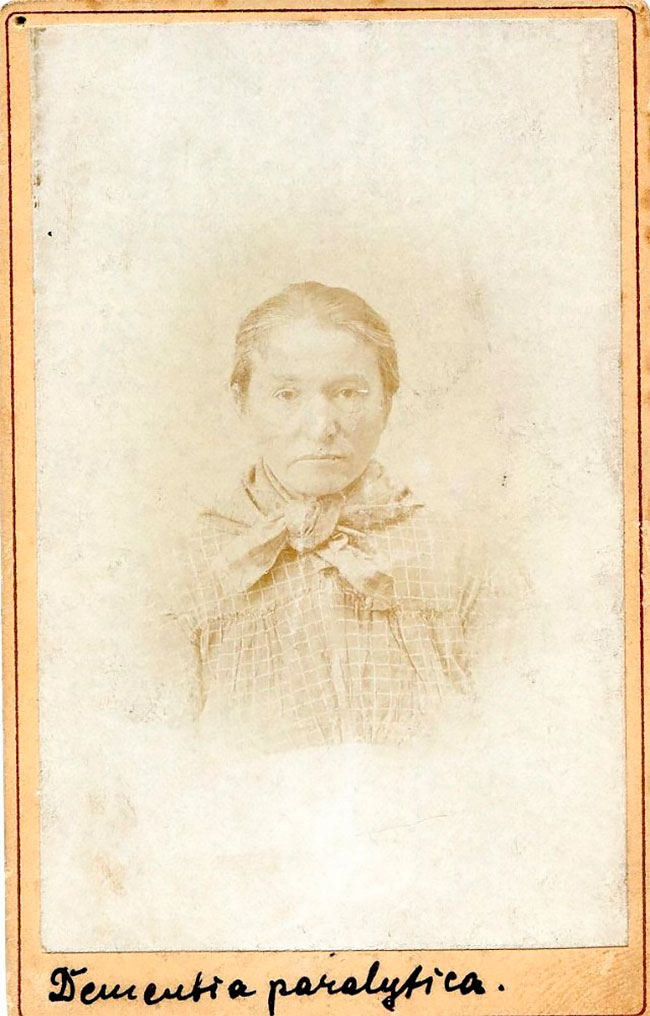 In the two decades immediately before these photographs were taken, psychiatrists, or as they were usually known, neurologists or alienists, had advanced knowledge of mental illness, somewhat. Apart from Charcot’s work, the classification of illnesses had become more refined so that schizophrenics were distinguished from epileptics or hysterics. Around the same time Freud was a student at Salpêtriére and developing his ideas on hysteria. They come from a period then when ideas about psychiatry and insanity were being revised. More emphasis was being given to locating the source of the illness from which, therefore, a cure might be effected. 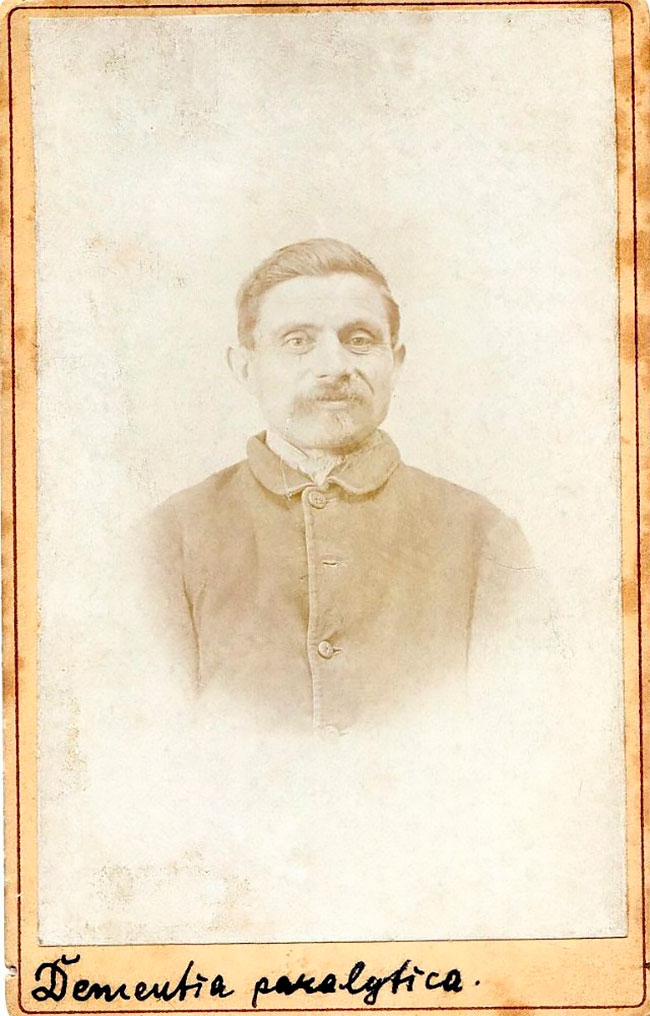 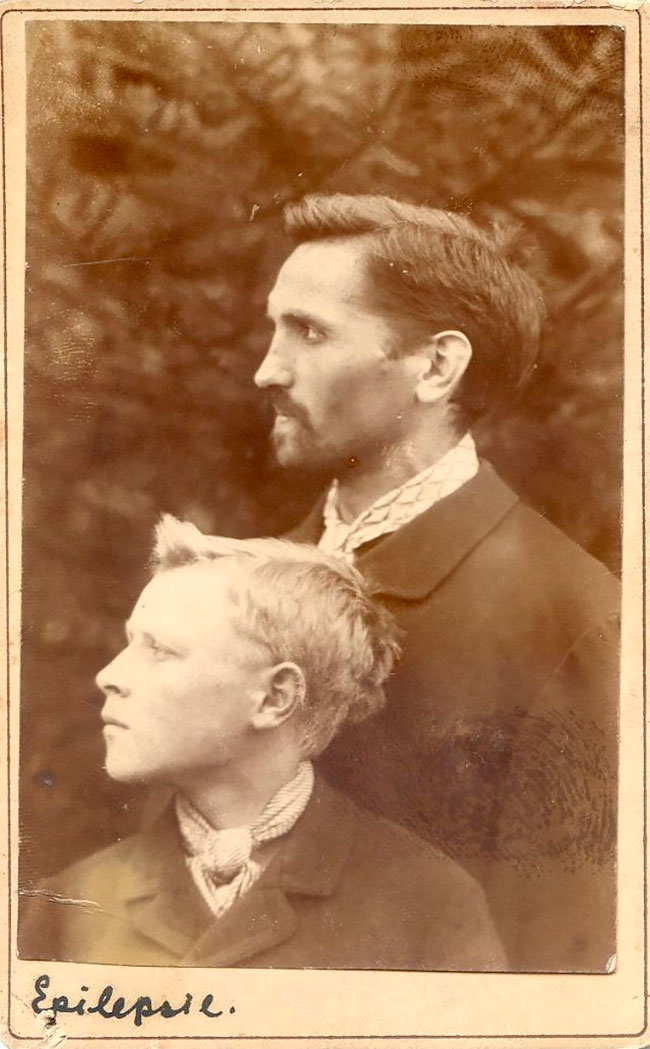 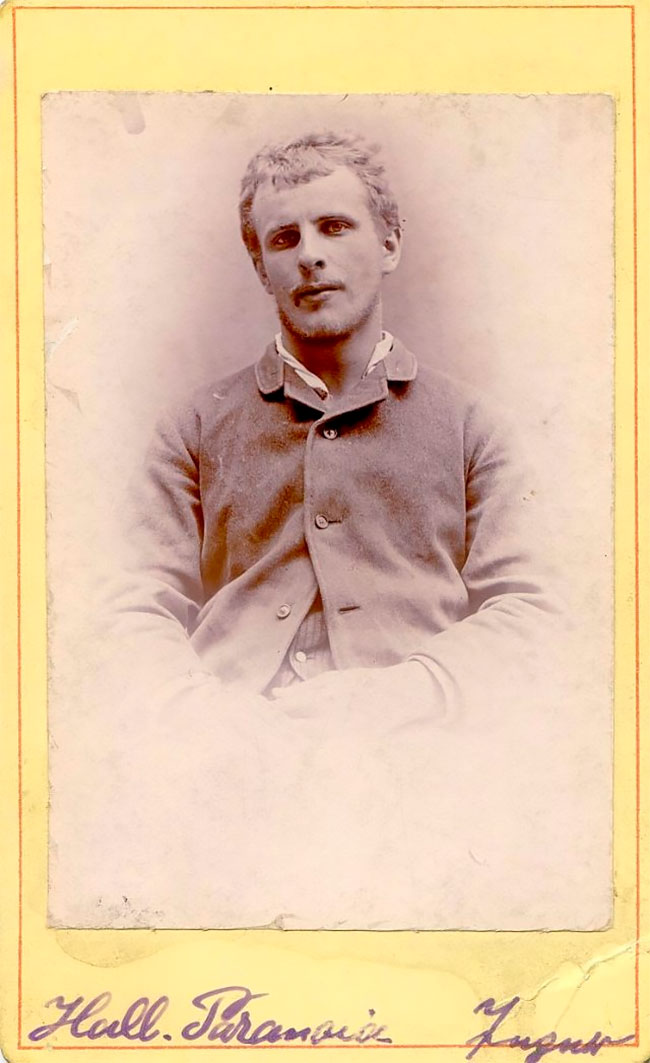 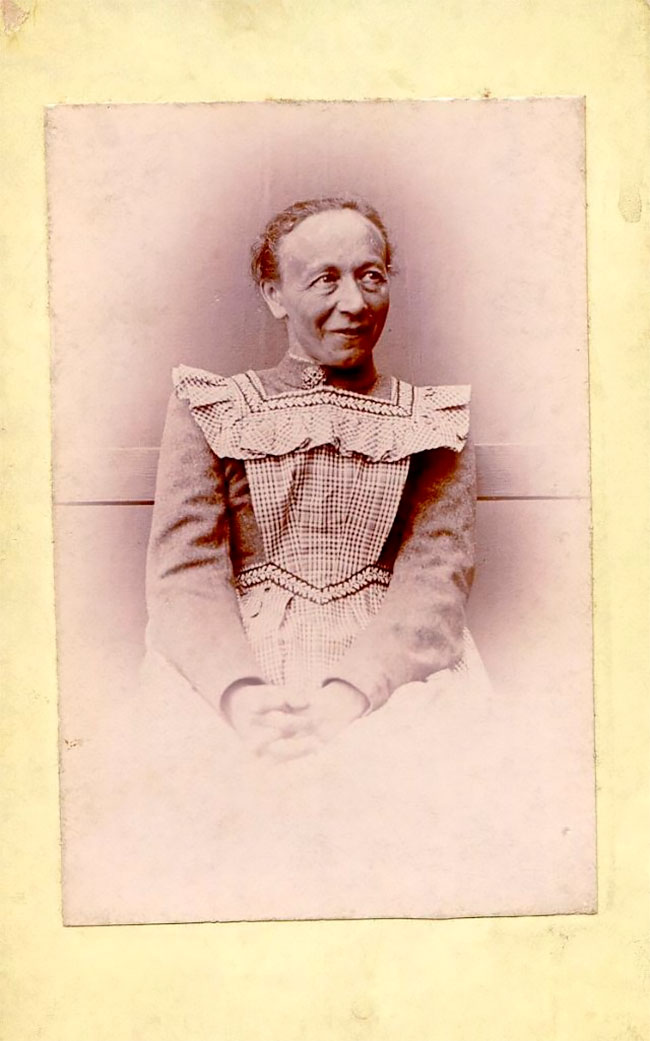 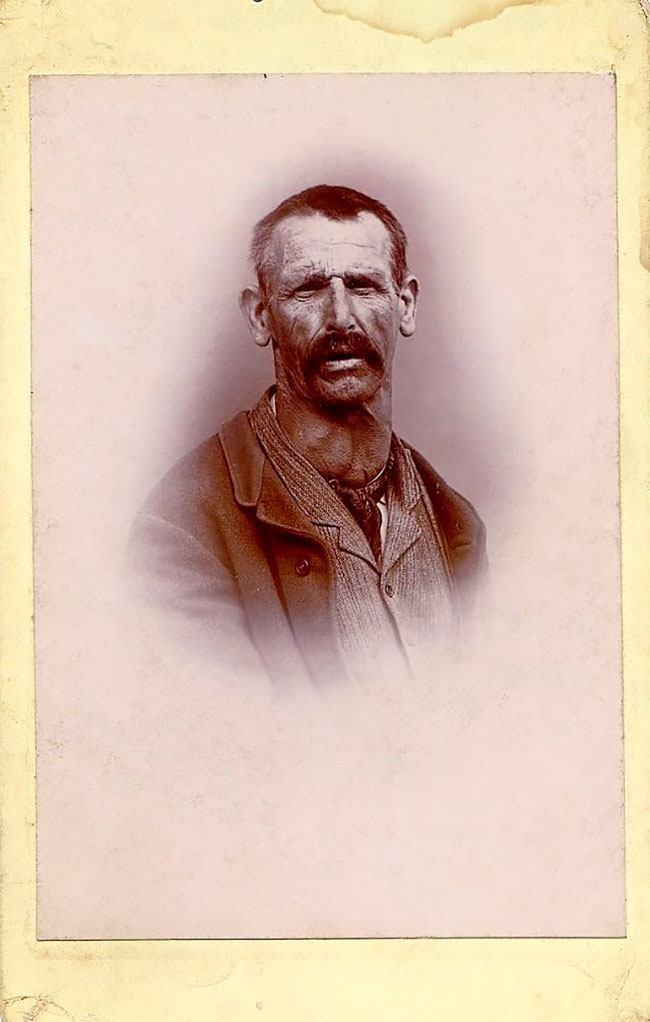 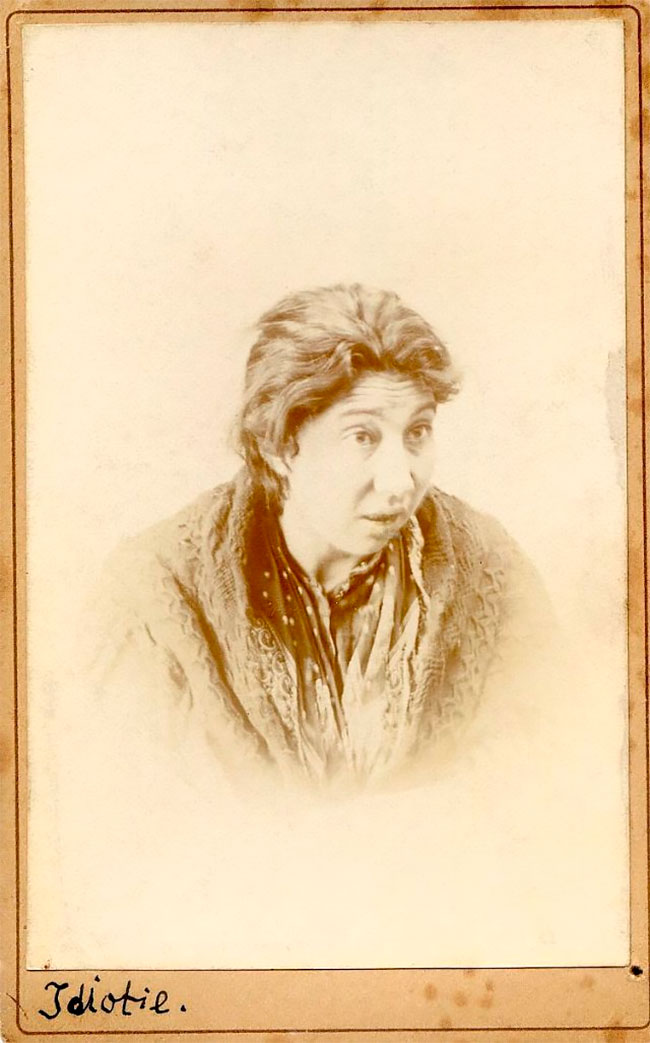 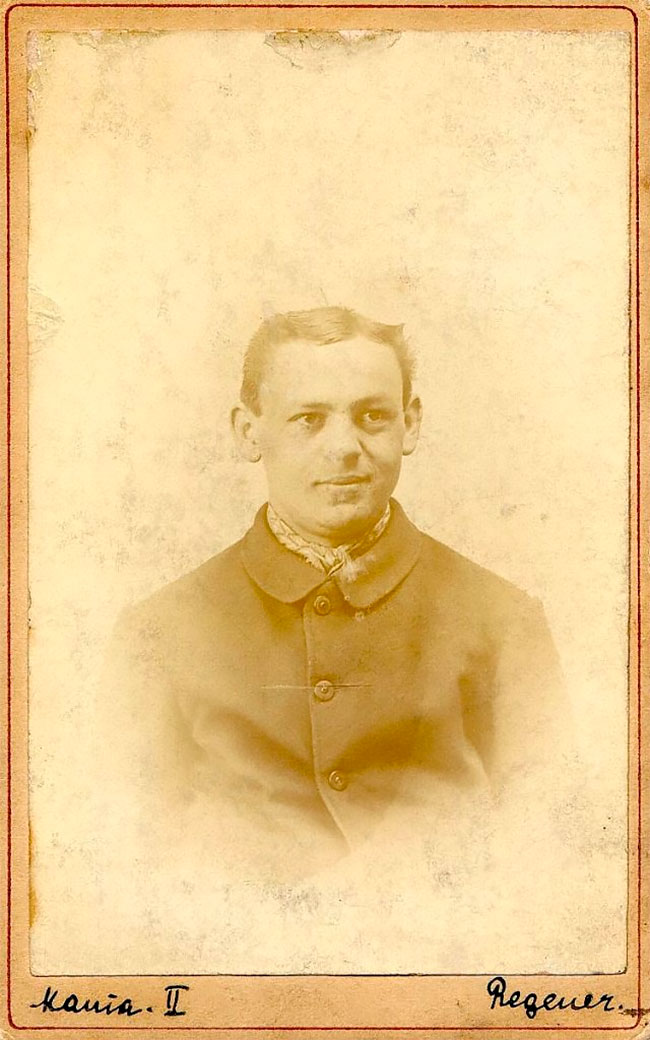 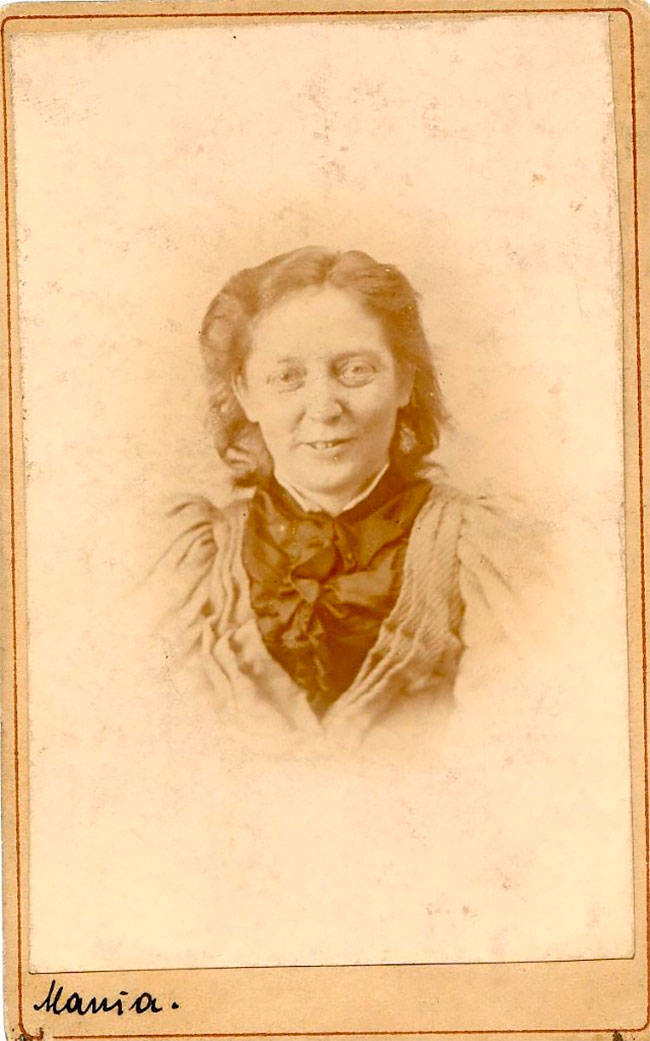 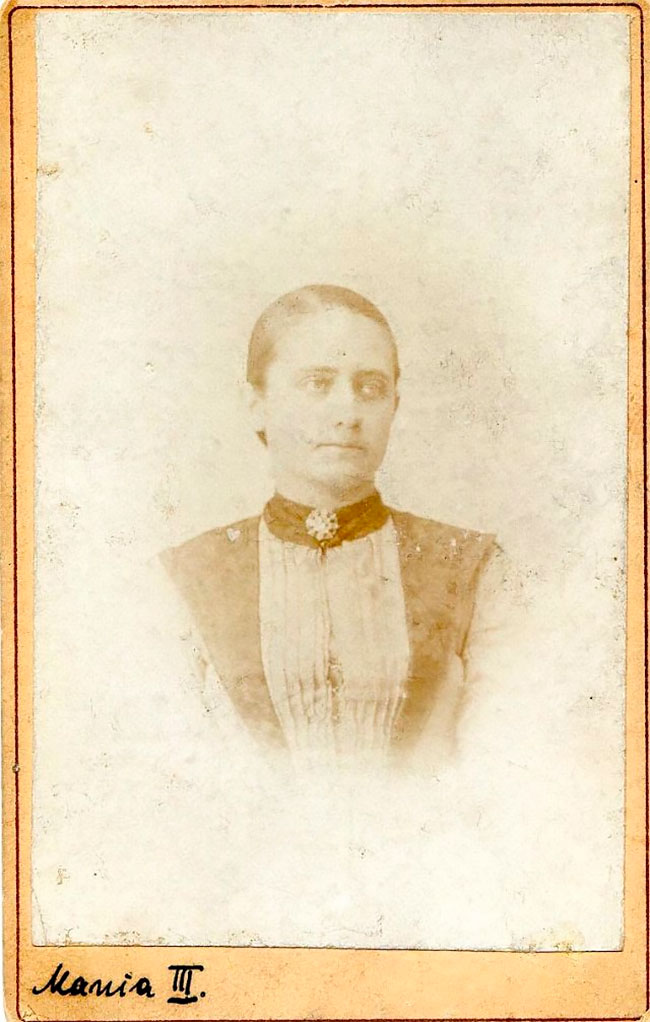 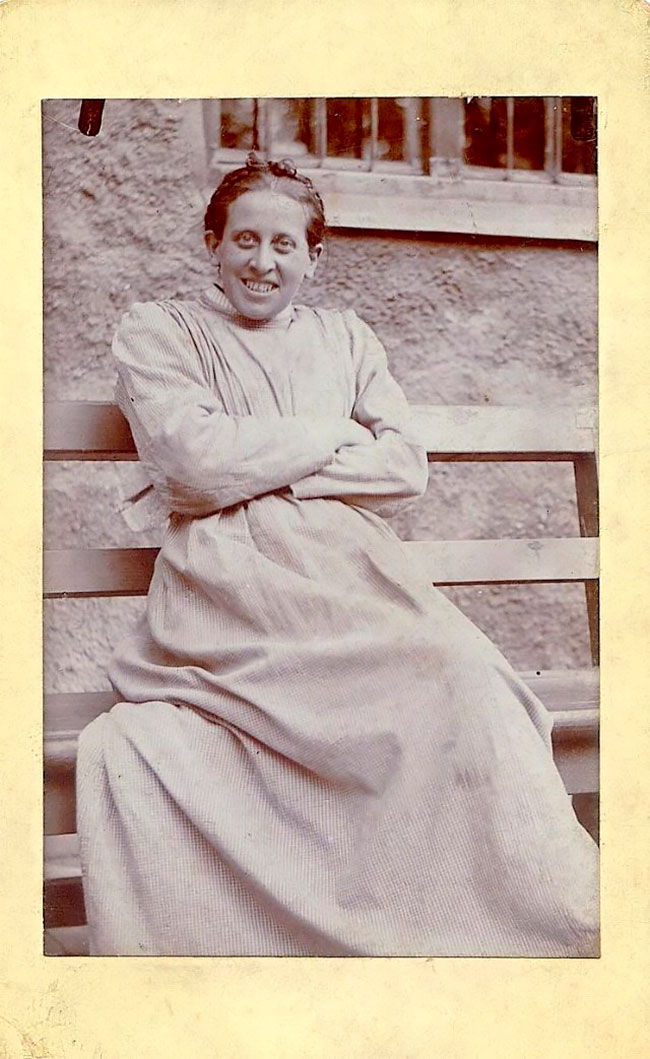 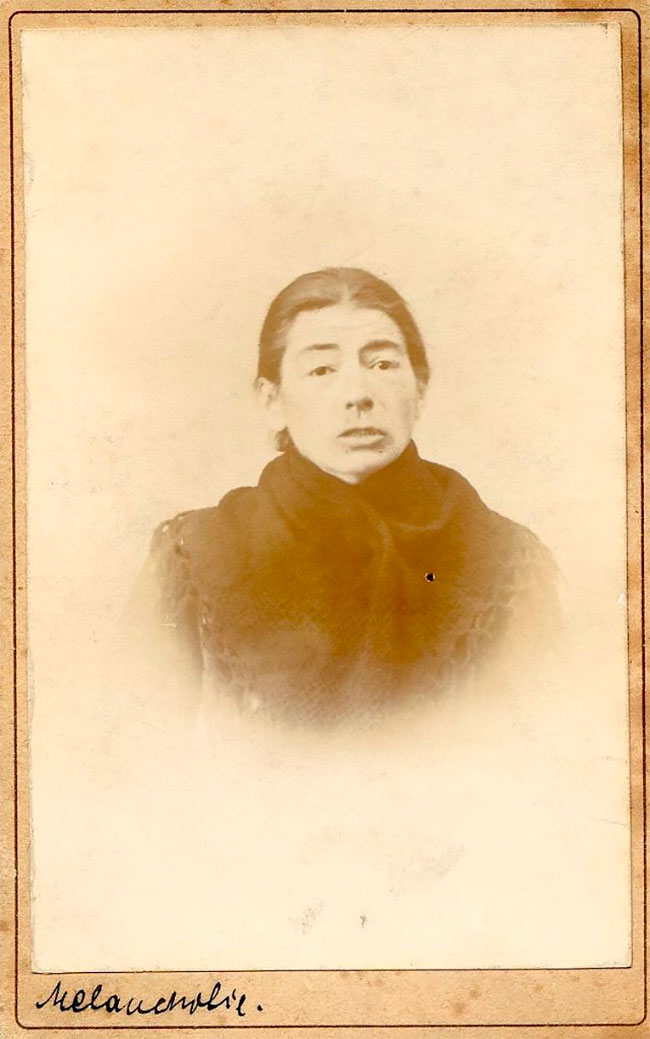 Through Photographer Jesse Rieser’s Lens, The Architectural Fallout Of The E-Commerce Revolution Is Beautiful
Photographer Karen Jerzyk Paints Entire Rooms A Single Color For Surreal Shots
Photo of the Day: A Smiling Sunflower
Wildlife Photographer Of The Year 2017 Finalists
Meet Ted & Ed, Two Giant Teddy Bears That Are Bringing Positivity To Their Entire Neighborhood During The Pandemic
Photographer Captures Portraits Of People Facing A 240 MPH Leaf Blower
Coolest, Weirdest And Fastest Racing And Concept Cars Built In The USSR
London Underground 1970-1980 By Mike Goldwater: Down In The Dimly Lit Tunnels, The Tube Was One Photographer's Playground
Smartphone Snaps Surprise in The 2021 Mobile Photography Awards
An Artist Created A Stunning Mashup Portraits Of Superheroes And Girls
Living Sculpture Mari Katayama
This Instagram Account Creates Sinister Parodies of Kid’s Cooks To Ruin Your Childhood Memories
Russian Photographer Captures Young Ballerina Whose Dogs Are Equally As In To Ballet
16 Bizarre Inventions From The Victorian Era
After 4 Years Of Not Throwing Away His Trash This Photographer Created A Powerful Photo Series
Beautiful Redhead Female Portraits by Maja Topčagić
Edwardian Angels: The Pure Beauties From The 1900s
Photographer Spent Two Weeks In Iceland To Shoot The Recent Fagradalsfjall Eruption
American Eagle Underwear Had An Increase In Sales. These Unretouched Pics Are Maybe A Clue Why
Pageboy: One Of Iconic Women’s Hairstyles Of The 1970s
Nat Geo Travel Contest Winners
Never Before Seen Photos of Bruce Lee From The Family Archive
These Twisted Vintage Portraits Were Made Before Photoshop
Intimate Photos Of Sharon Tate Gives Her Husband Roman Polanski A Haircut In 1968
patients, portraits, psychiatric, retro

The Tattooed Venus And The Girl With The Dragon Tattoo
Cruising Van Nuys Boulevard In The Summer Of 1972 In Stunning Black And White Photos By Rick McCloskey
Survival Game Fashion Snap
Photo of the Day: The Holy Bath
Photographer Tim Flach Spent Two Years Photographing Animals That May Soon Be Extinct
Treebeard: Portraits Of My Friends With Plants Growing From Their Heads
A Road From The Eye To The Heart: Ephemeral Tales Of A Dreamy Roaming In Stunning Photographs Of Vianditya Dewanata
Miranda Kerr Showcases Designs by Carla Zampatti
DEKOCHARI: The Youth of Japan Customise Their Pushbikes in Extreme Ways
Photographer Captured The Beauty Of Colorful Waterfalls In Plitvice Lakes, Croatia
Source of inspiration since 2007. Proudly hosted by WebHostingBuzz.
Privacy Policy · Terms of Service · Content Removal Policy 🇺🇦 ❤️