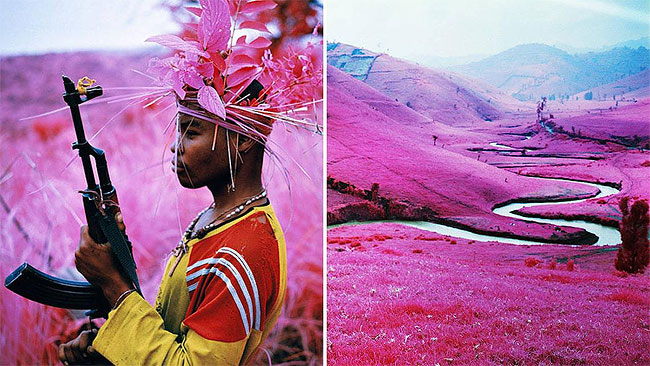 What you’re about to see is not an illusion.

The innovative (and as we’re about to find out) equally daring photographer Richard Mosse captured these starling images from the war torn territory of the Congo in Africa. Deep in the jungle war zone Mosse opted to use a rare (and now discontinued) military surveillance technique known as ‘Kodak Aerochrome’. 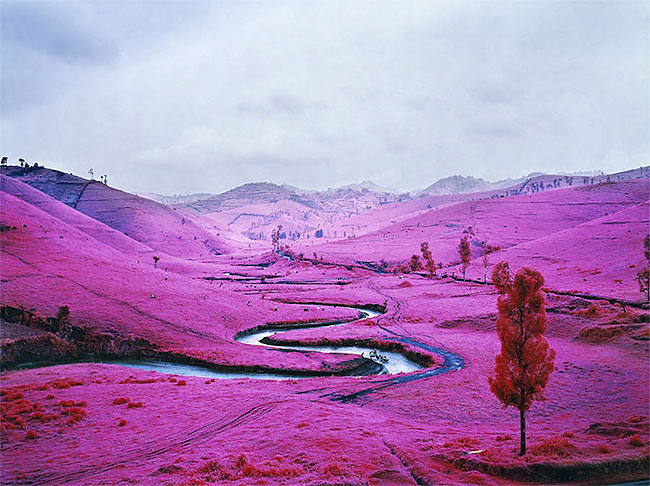 What is it exactly? It’s a brand of film which has infrared capabilities – using it literally switches the green tones in jungle landscape into countless shades of blood red, lavender, crimson and even hot pink. 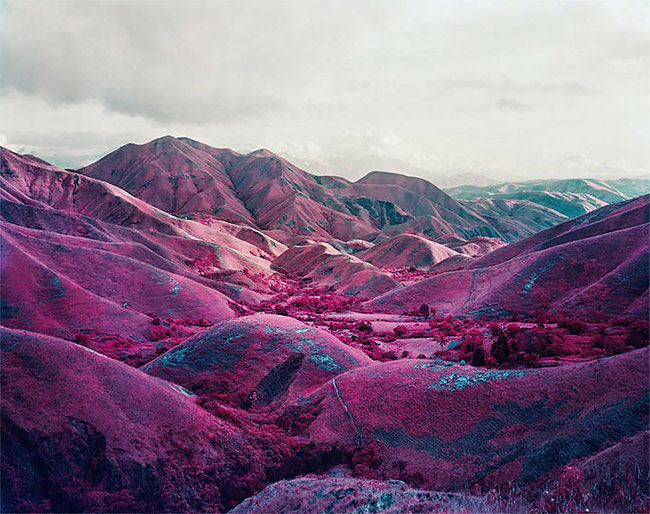 To add a further level of chaos & complexity to his surroundings, the spectrum of infrared light that is captured using the ‘Kodak Aerochrome’ film, is naked to the human eye. Mosse had to rely on circumstance and hope (two common traits with he shared with those he photographed) in order to put together this dazzling array of images. 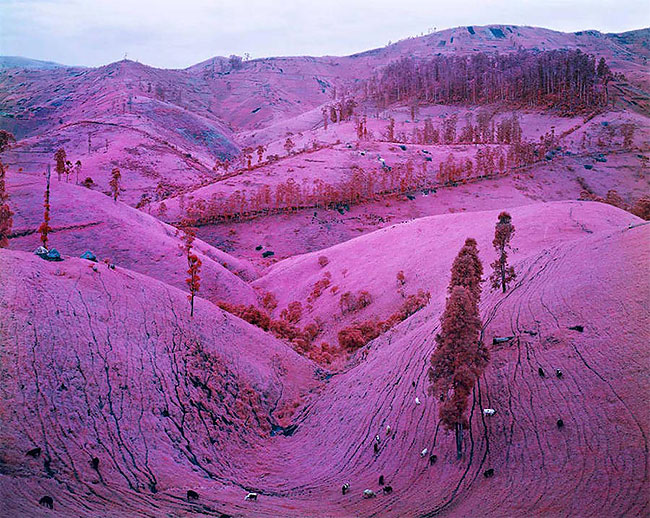 Heartbreaking, surreal and beautiful – his work romanticizes & offers hope to a world soaked in brutal war, irrational conflict and devastating loss. You can see the full body of work, in his spectacular book titled ‘Infra: Photographs‘ 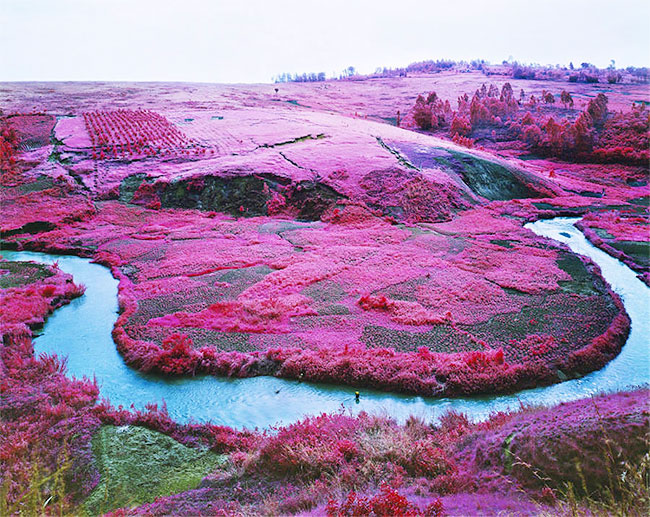 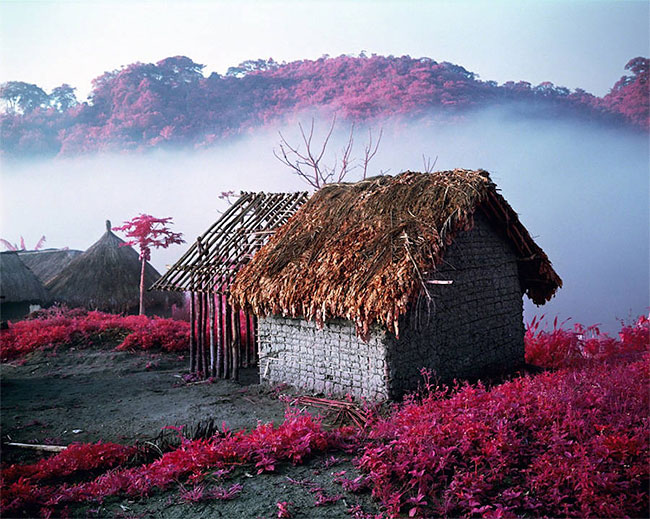 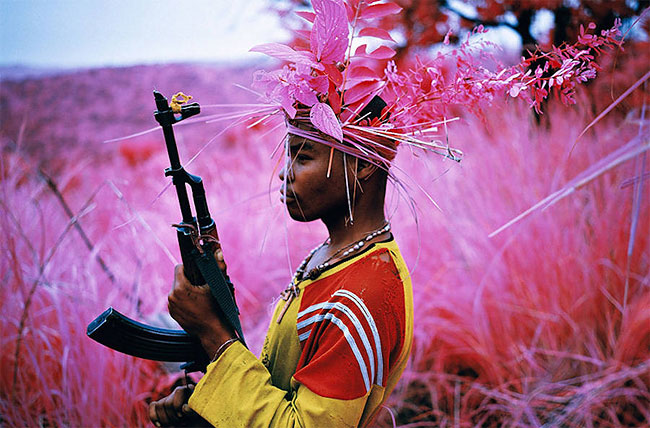 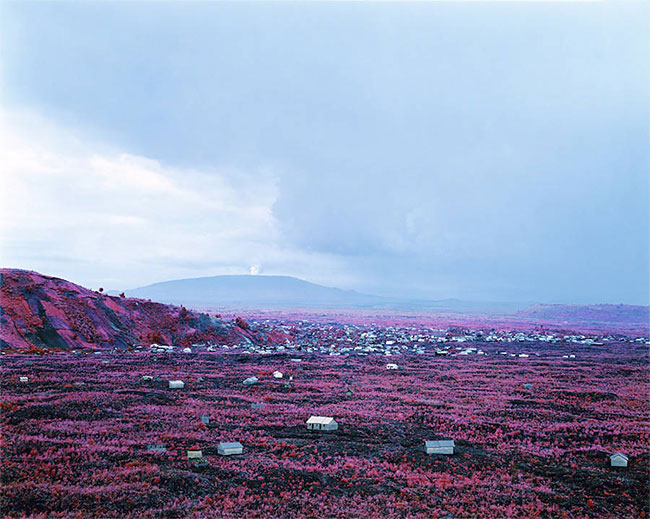 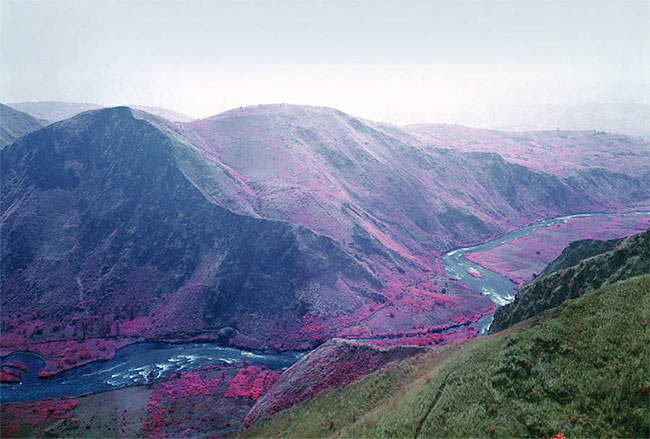 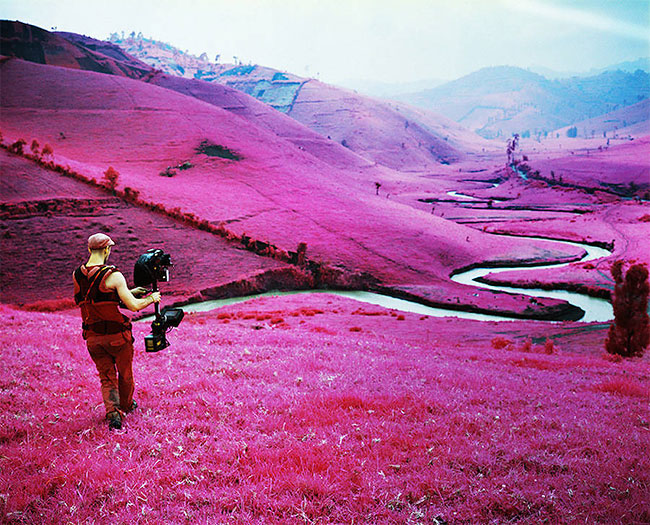 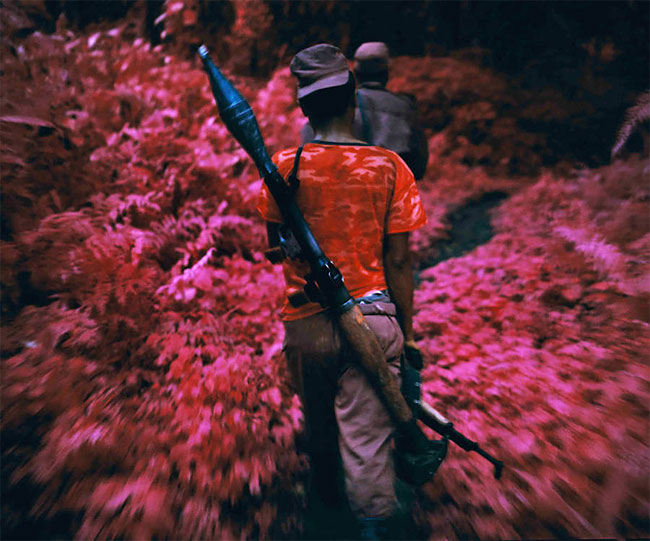 These Artists Restore Old Damaged Photos And The Results Are Incredible
17 Seriously Intriguing Photographs That Will Trick Your Eyes
Cool Pics That Show Gentlemen's Beard Styles In The 19th Century
Kodachrome Stories: Beautiful Found Photographs From The Mid-20th Century
Spectacular Winning Photos Of The 2018 Nikon Small World Contest Reveal The Hidden Beauty Of A Microscopic World
1920s Fashion Through The Lens Of Police Mugshots
Beautiful Vintage Color Photos of Holidaymakers at Southend-on-Sea in 1953
Skateboarding Light Skeletons
2014 Military Photographer Of The Year Awards
A Few Interesting Photos From The Past
Artist Reimagines 5 Disney Fathers As Real Dads, And They’re Hella Handsome
Rare Photographs Document Iranian Women Protest Against The Hijab Law In March 1979
Trapped Raccoons Saved from a Waste Container
Italian Photographer Captures The Magical Beauty Of The Forest From The Bottom Looking Up
Photographer Takes Funny Pictures Of Herself And Her Dog In Silly Costumes
Photo Of The Day: End Of The Year
Great Photos Of Mid-Century New York City By Frank Oscar Larson
These Images Give A Rare Insight Into The Life Of A 19th Century Indian Maharajah
Impressive Color Photos Of 60's Women Fashion Taken By Norman Parkinson
Woman Continues To Hilariously Recreate Celebrity Instagram Photos, And The Result Is Better Than The Original
2019 New York City Taxi Drivers Calendar Is Here!
Gloomy Images From Inside The Wreckage Of Car Crashes
The Breathtaking Geometry Of America From Above
Dreamlike Photos Of Burning Man By Victor Habchy
Photographer Tests Her Skills With A One Dollar Camera
Magic Women's Worlds By Russian Photographer Margarita Kareva
The Amazing Winning Photos Of The Siena International Photo Awards 2017
Vibrant Fashion Photography In Gloomy Neon By Jake Hicks
Artist “Completes” Clouds By Adding Silhouetted Shapes To Them, And The Results Are Beautiful
Venezuela's Surreal Prices
african, congo, deadly, landscapes, stunning