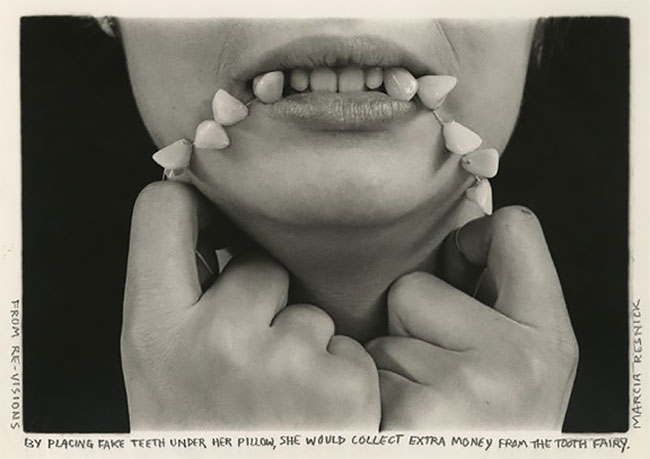 Re-visions’ protagonist is an adolescent girl whose innocence has given way to an understanding of good and evil and who displays increasingly little ambivalence about the appeal of being a good girl. Her crimes are minor — sticking chewing gum under her chair, being unruly in class — but they have consequences. Awakening sexuality in both body and mind occupy some of the pictures, not surprisingly, given that the book is dedicated to Humbert Humbert of Lolita fame. Resnick’s Lolita wavers between being mortified when her actions draw attention and being provocative by setting herself apart in clothes or situation. She’s ambitious but in a teenage way, such as wanting to be a starlet. Adults can’t be trusted, particularly the men in her father’s NRA chapter, and nighttime is when the imagination is given free rein.

Staging ideas for the camera, rather than seeking out an equivalent in the tangible world, is almost as old as the photographic medium. The practice of “making” a photograph by creating and arranging all the elements, rather than “taking” a photograph, has gone through cycles of popularity over the decades. Resnick’s images were produced concurrently with a burst of new activity by other practitioners of the photographic narrative. William Wegman, Resnick’s friend who also contributed a jacket blurb, was one of the few photographers who even attempted, much less succeeded, in making art with Resnick’s wit and invention. 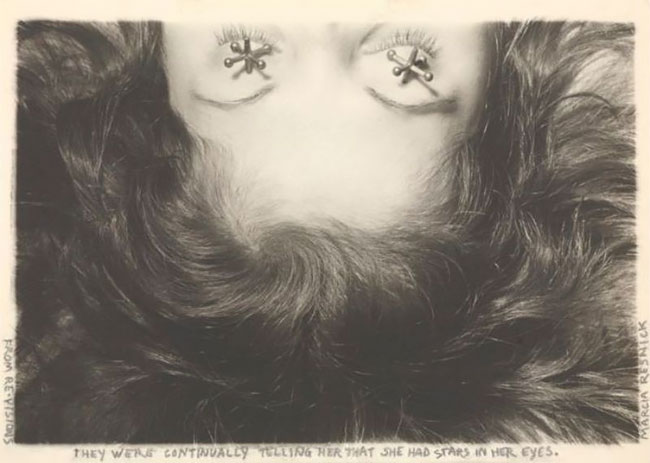 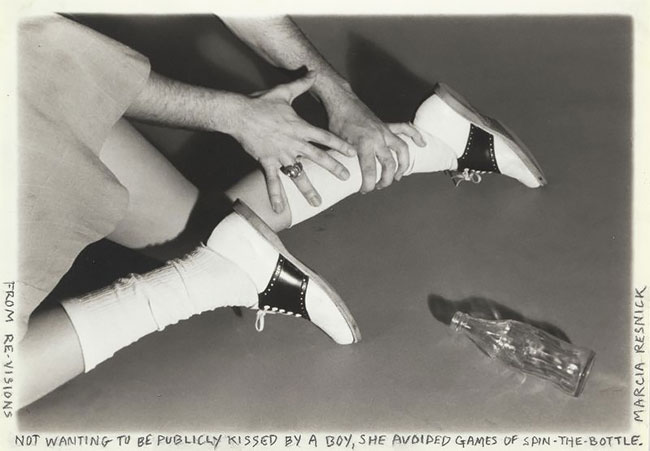 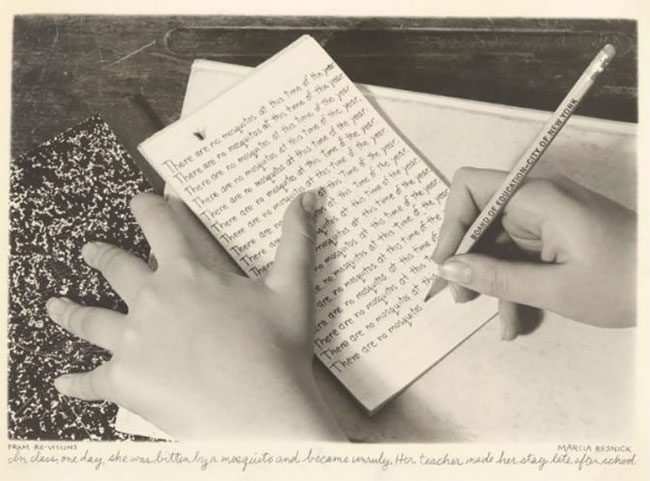 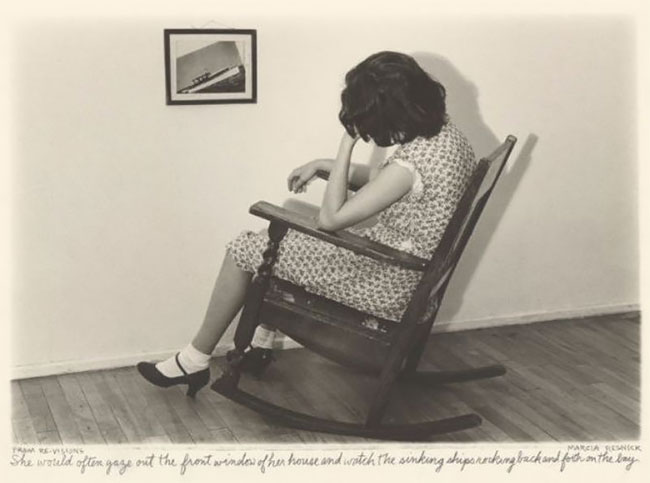 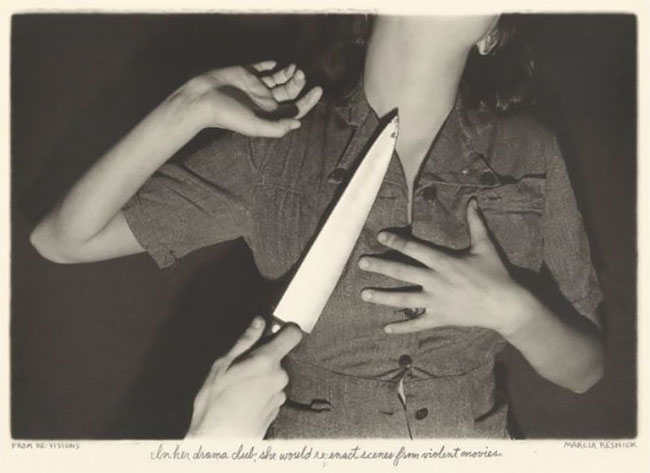 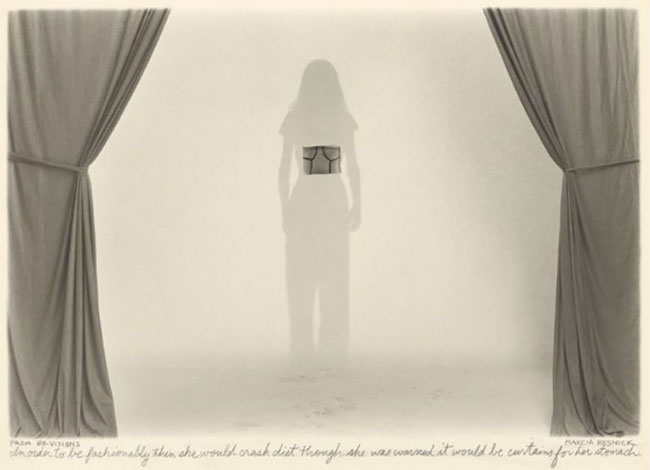 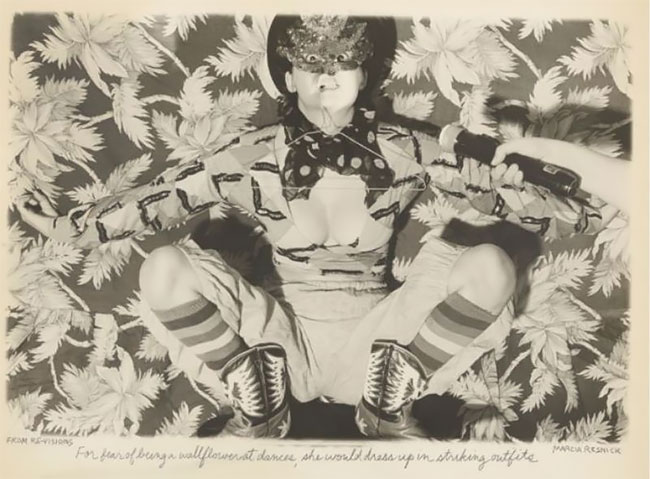 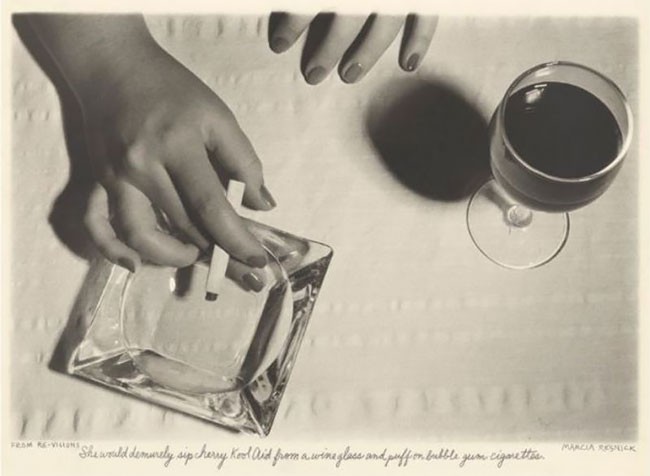 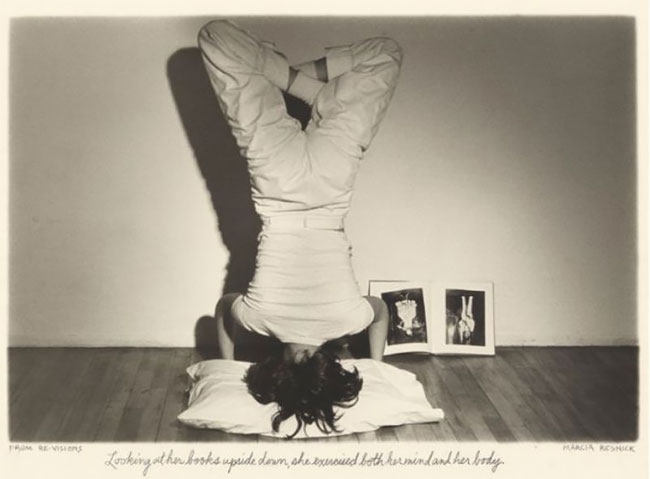 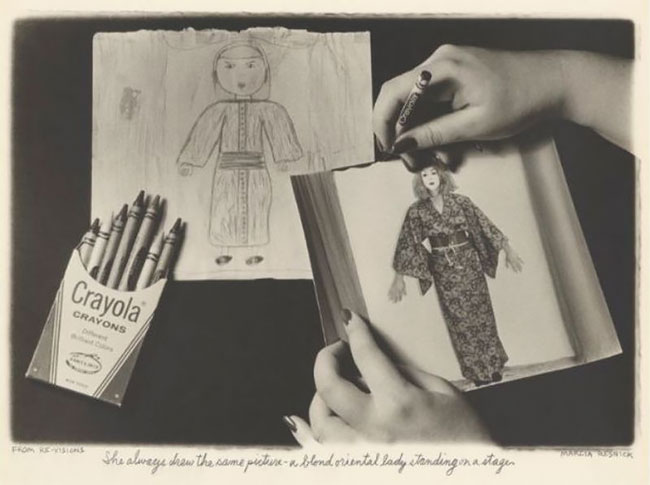 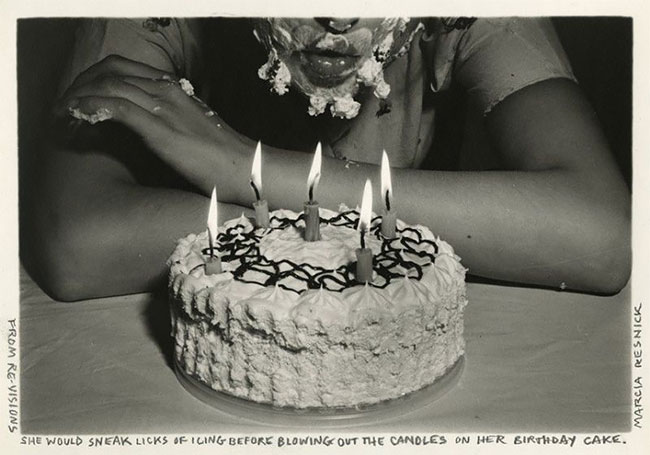 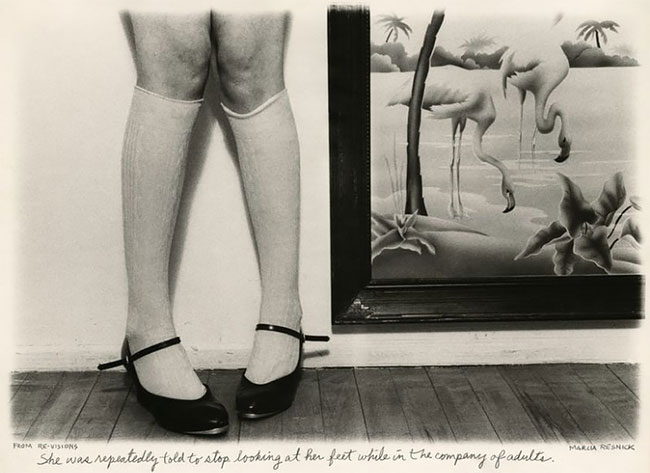 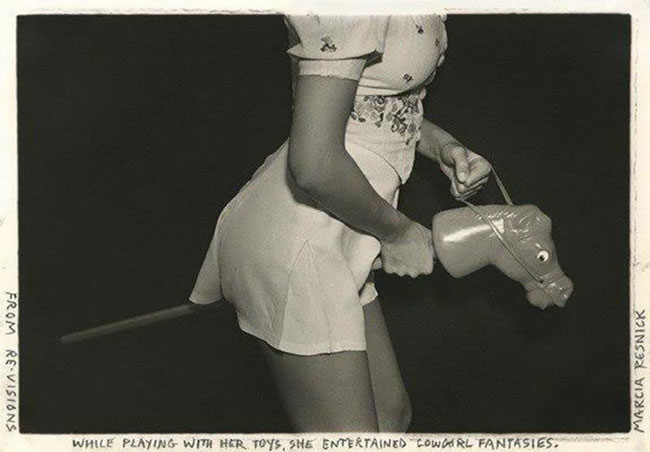 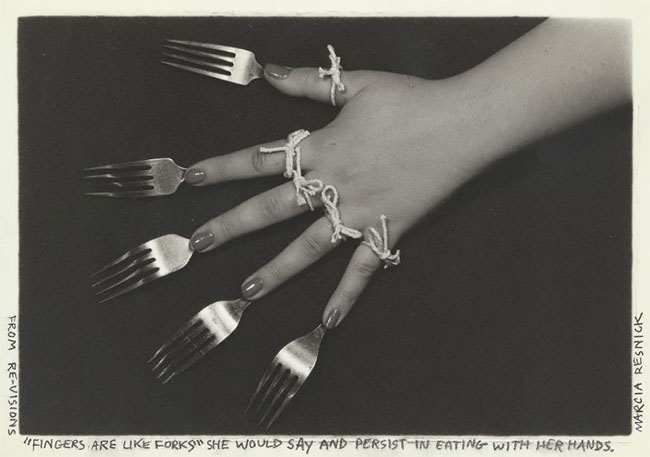 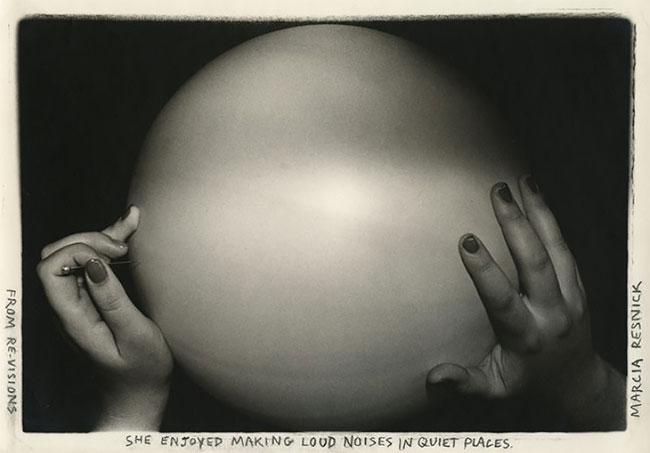 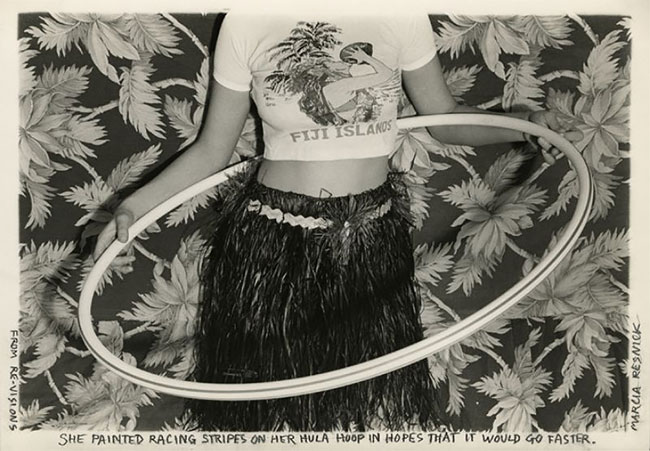 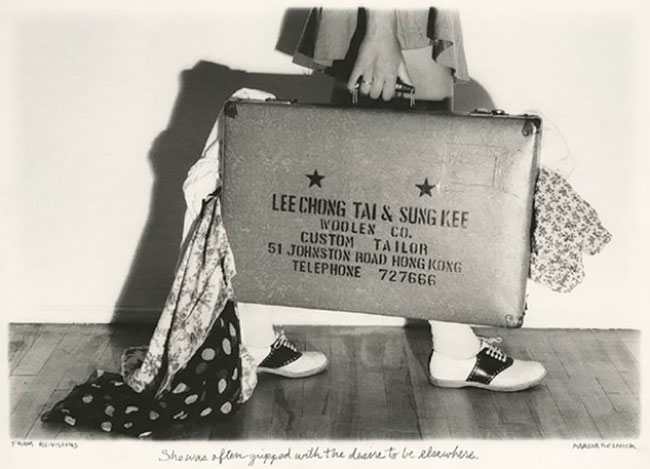 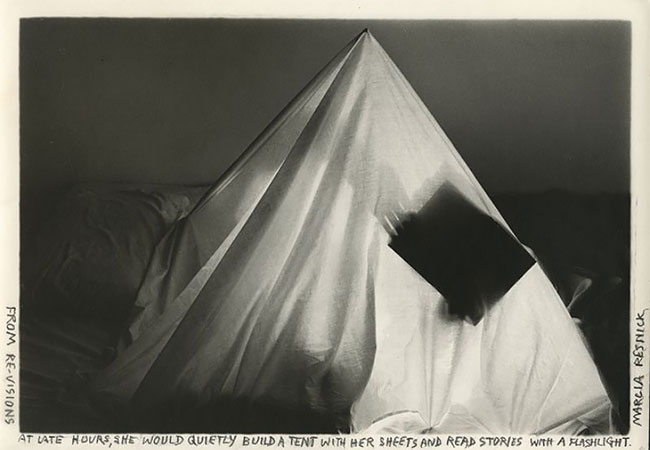 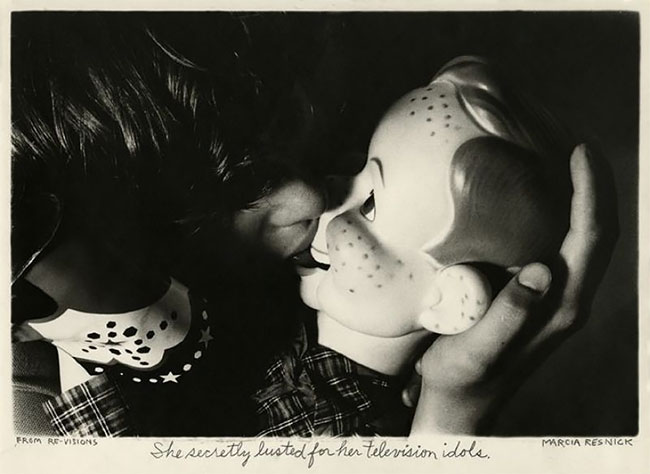 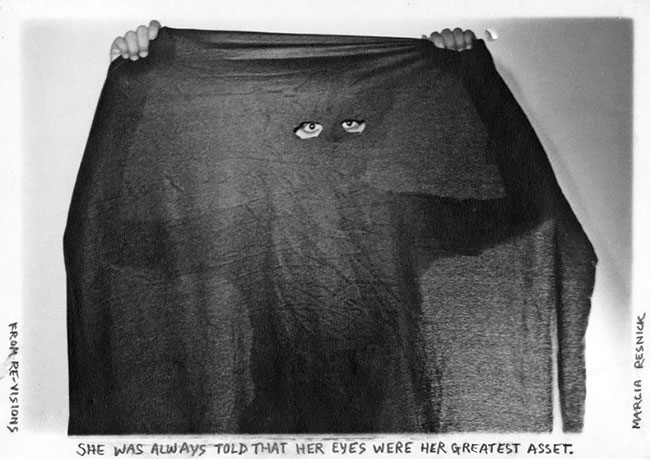 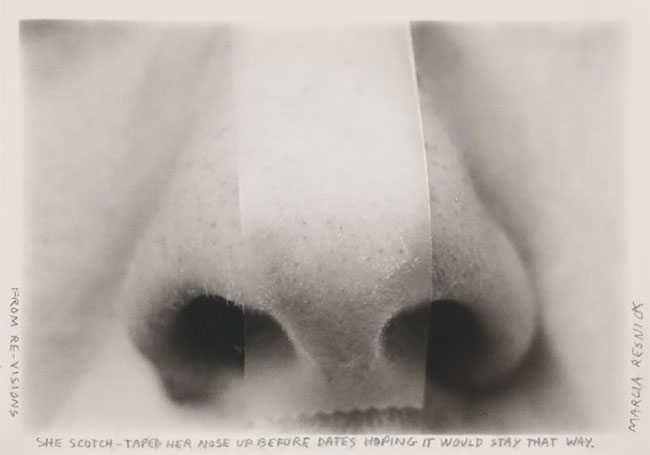 An Alabama Mom Turned Her Baby Girl And Husband Into Terrifyingly Realistic Zombies
Stunning Colorized Photos Show Child Laborers In Early 20th Century America
Incredible Photos Of Violinist Jascha Heifetz Playing In Darkened Studio As Light Attached To His Bow Traces The Bow Movement In 1952
Rare Photos That Captured Incredible Moments from History
Brilliant Landscape Photography In Hawaii By Jason Wright
These Hilarious 19th-Century Photos Illustrate Different Levels of Drunkenness, 1860s
Photographer Jonathan Higbee Discovers A World Of Coincidence On The Streets Of New York
Photographer Captures the Decadence and Conflict of Russia’s Turbulent 2010s
Photographer Brent Stirton Captured Magnificent Images Of Mursi Warriors Of The Omo Valley In Ethiopia
Winners of the National Geographic Photo Contest 2014
German Woman Shows The Reality Of Perfect Instagram Photos And The Result Is A Lot Of Fun
The Magnificent Cosplay Photography Of Paul Hillier
Photographer Added Teeth And Smiles On Professional Baby Photos And It’s… Creepy
Best Of Flickr 2017 – The 25 Most Beautiful Photos From Flickr In 2017
Hong Kong Streets In Neon – The Haunting Photographs Of Zaki Abdelmounim
50 Winning Photos From The 2019’s Best Wedding Photo Contest
"Sky As Crown": Beautiful Georgia By The Photographer Irma Sharikadze
Dressed Cats: Postcards From The 1950's By Artist Eugen Hartung Published By Alfred Mainzer, Inc.
The World's Most Expensive Parking Lot is in the Middle of the Ocean
2021 Lavazza Calendar: The New Humanity
A Daredevil Photographer is Determined to Capture London in a Whole New Light – by Scaling the City’s Many Rooftops
Dramatic Underwater Portraits That Are Reflective Of Overcoming Troubles In Artist's Life
Babies Who Ruined Their Parent’s Pinterest-Perfect Photoshoots
Insight Astronomy Photographer Of The Year 2016 Winners
bizarre, Marcia Resnick, photography, postcards, vintage