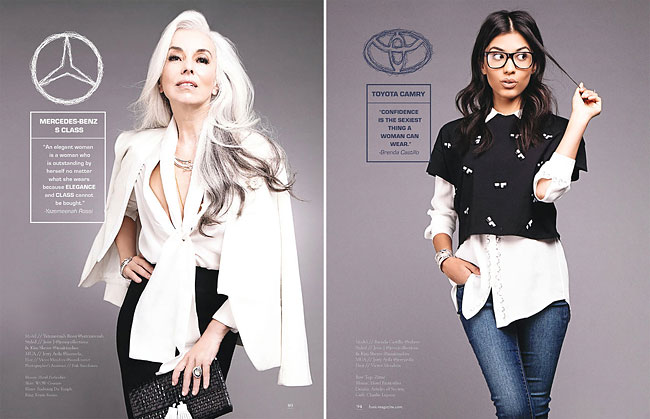 What if a spell turned some of the world’s most famous car models into real women? What would they look like? That’s what photographer Viktorija Pashuta decided to explore with her latest portrait project, titled “What if Cars Were Supermodels?” Gathered under one roof top 12 renowned super models, Viktorija envisioned what would of happened if cars as if under the enchanted spell would turn into real women. 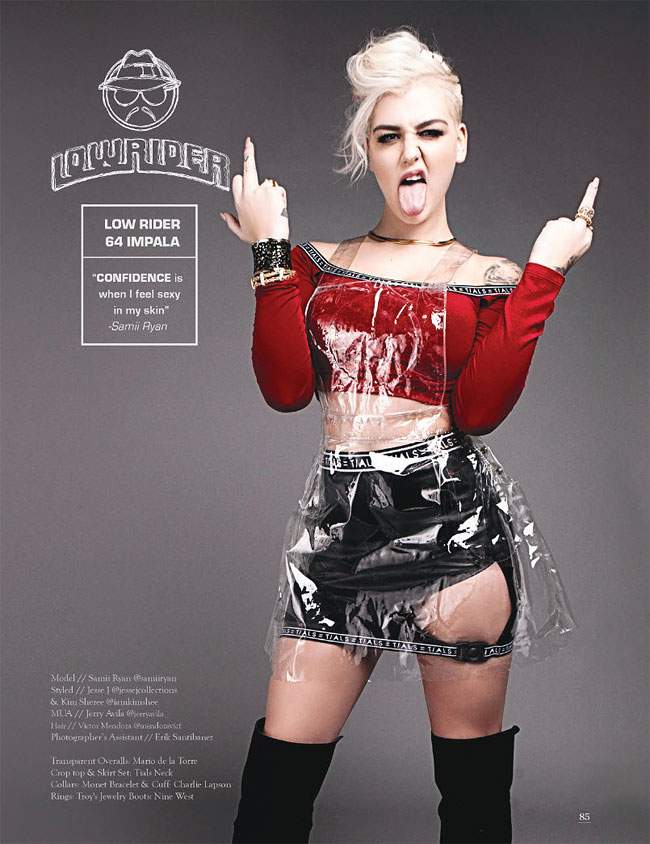 Viktorija explains to Basic Magazine, “In our materialized world – people get so much attached to certain objects that to imagine them as human beings is not that difficult”. 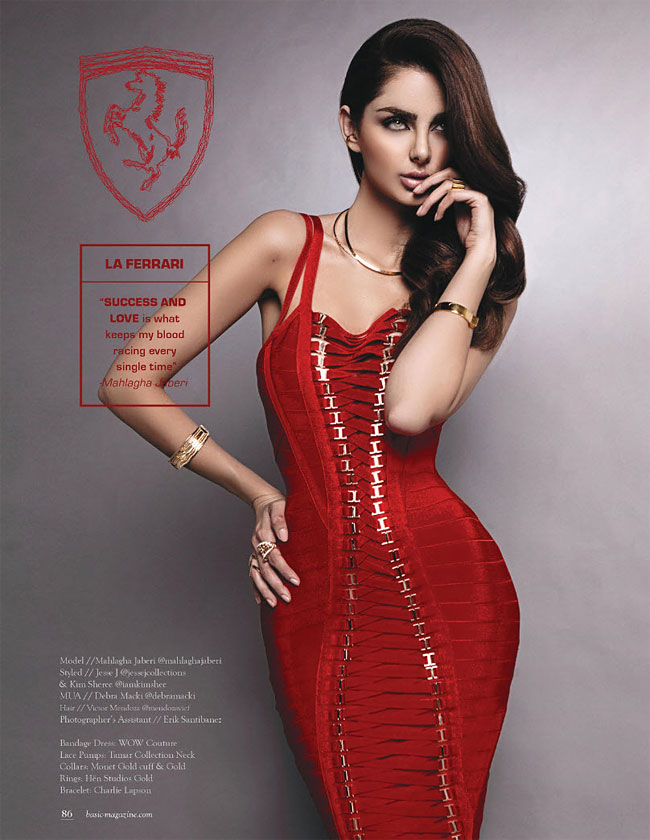 “The most interesting part – she adds, – was to combine fashion elements with car features, this is why working with the stylists Jesse J & Kim Sheree was so crucial to fullfil the concept”. 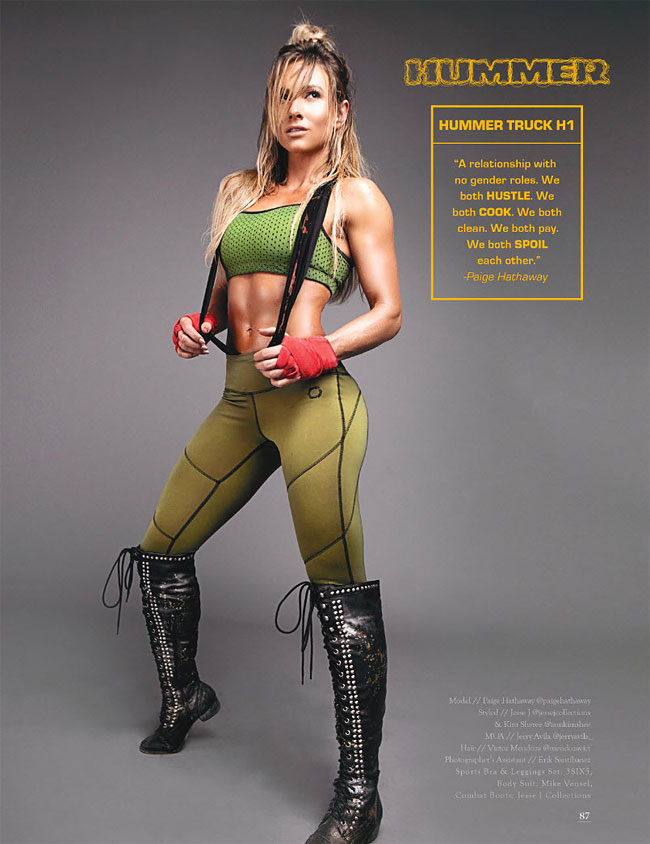 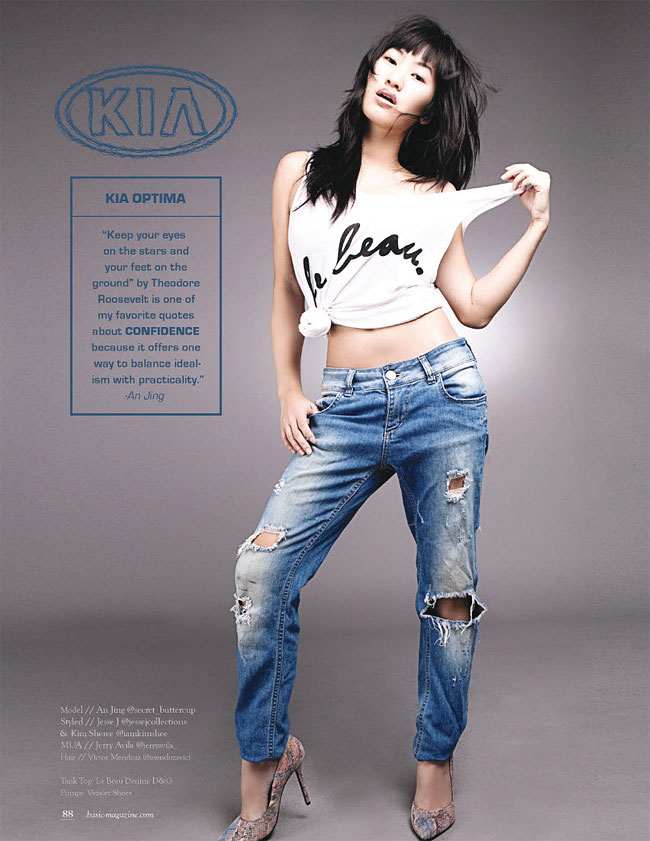 Kia Optima by An Jing – fun and effortlessly chic @secret_buttercup 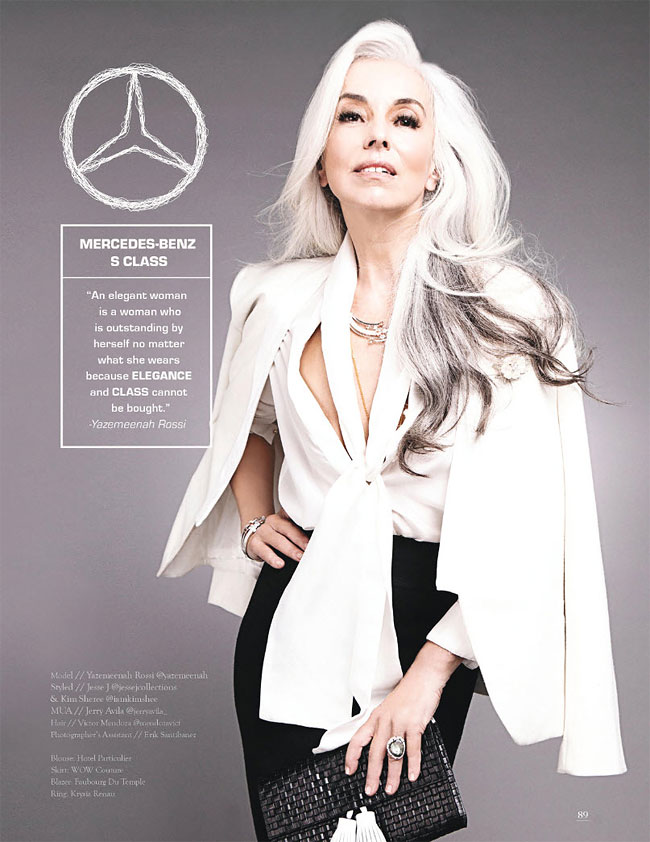 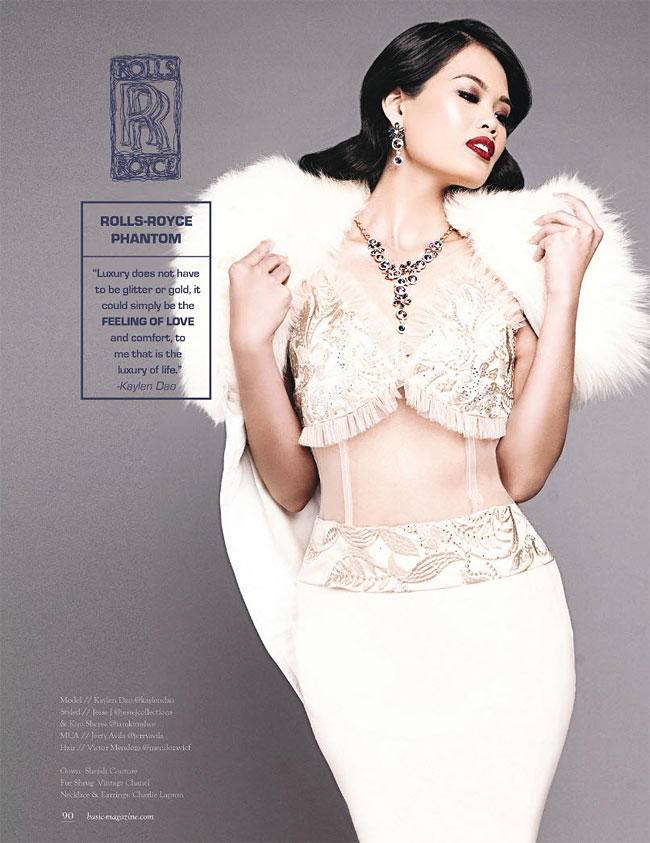 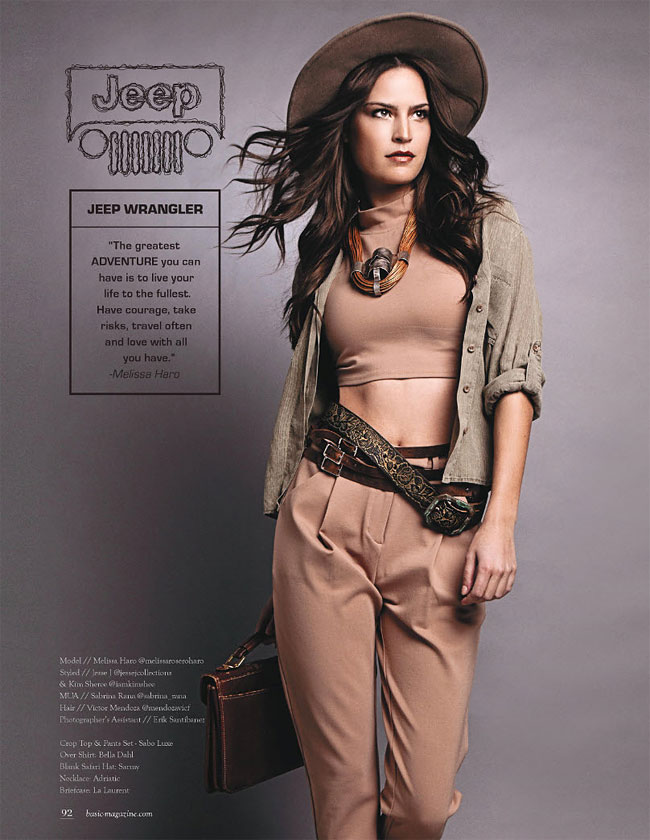 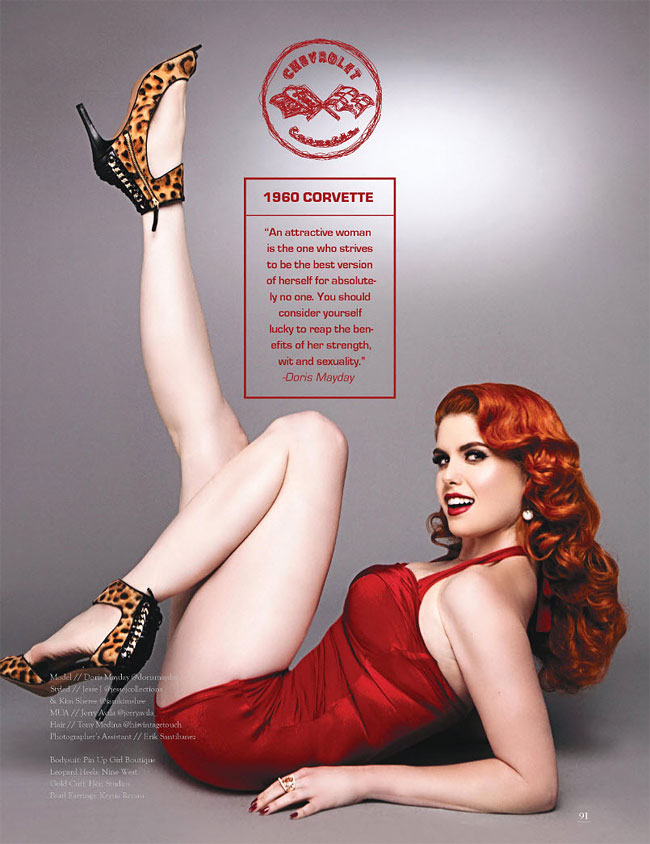 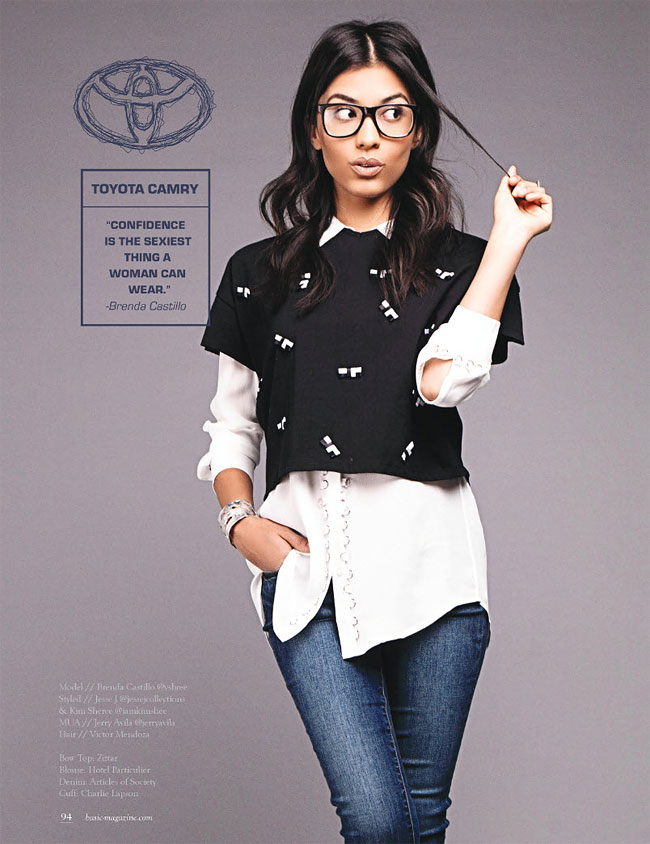 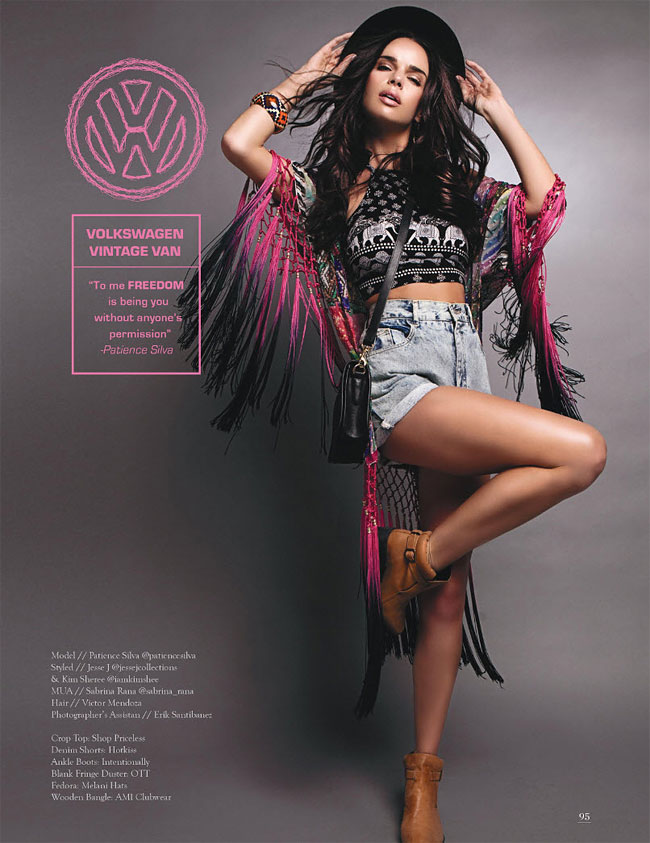 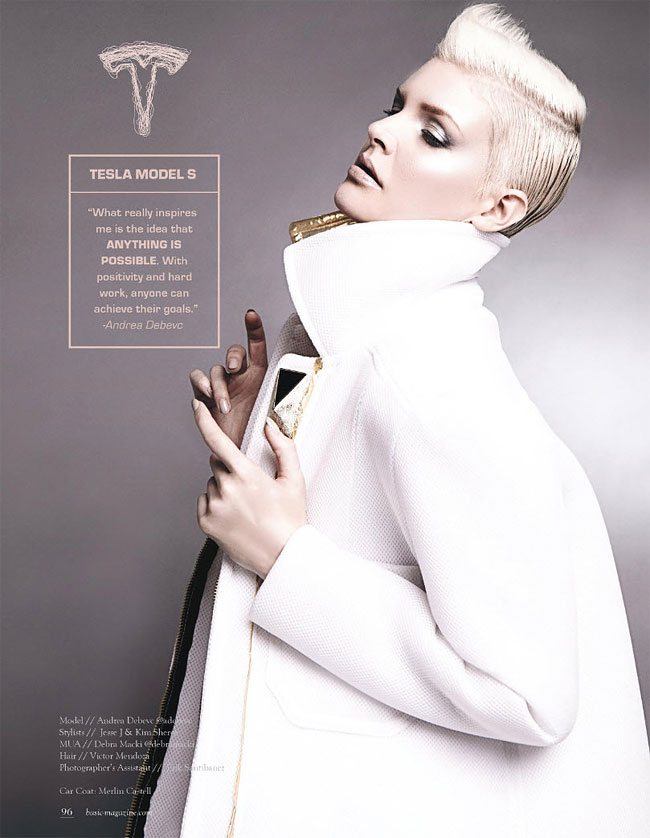 Audrey Hepburn: Portraits of an Icon
Couple Replaced 100 Framed Stock Photos At IKEA With Photos Of Themselves
Magical Cityscapes And Travel Landscapes By Dotz Soh
NASA Just Released Some Absolutely Spectacular New Photos Of Jupiter
Grandson Inherits His Grandfather’s Collection Of Unseen Street Photos Taken Over Half A Century Ago
French Dentists Are Protesting That They Are Told To Return To Work Without Proper PPE - They Getting Naked To Protest
"Slices": Delicious Treats For Your Eyes by Danny Eastwood
Aurélien Bigot & Richard Forestier Create Still Photographs That Look Like Impressionist Paintings
This Artist Creates An Abstract Illusion Using Only Black And White Bodypainting
Photographer Insuh Yoon
Something’s Going On: Mary Lou Fulton’s Newly Rediscovered Photographs Of Punks, Mods, And Rockabillies From The 1980s
Inside the Abandoned Belgium Mansion with the Urban Explorer Andre Govia
This Is What Men Should Wear According To Fashion Designer Walter Van Beirendonck
Zara Shoppers Are Complaining It’s Impossible To Shop Online Due To Weird Modeling Poses
40 Weeks and a Mirror: Mother Documents Her 9-Month Journey with Child Through Selfies
The Original Hells Angels: Amazing Photographs Capture Daily Life Of A Notorious Biker Gang In California In The 1960s
Fight Like A Gentleman: The Art Of Self Defense, ca. 1940s
"The Call Of The Void": Polish Photographer Lukasz Palka Captures Streets Of Tokyo
Fantastic Photos of the USSR in the 1950s You Haven’t Seen
Fashion Stylist Portfolio Got Destroyed By Hurricane Irma, But Created Unique Noir Photos Instead
Trümmerfrauen: The Women Who Helped Rebuild Germany After World War 2
Beautiful Pics Of Ukraine That Are Heartbreaking To See Right Now
Jeff Friesen by Ghost Train Crossing Canada
Extreme X-Rays: Photographer Nick Veasey Takes You Inside The Insects
fashion, imagines, photographer, supermodels

Stunning Finalists Of The 2021 World Report Award
Stunning Chinese Urban Nightscapes By Mark Horn
20 Amazing Photos Of A Young And Hot Axl Rose In The 1980s
Australian Bureau Of Meteorology's 2018 Calendar
Photo of the Day: Dirt
Lithuanian Photographer Took A Pictures Of The Most Colorful Old Garage Doors In Her Country
These Photos Of Children Fighting Monsters From Their Nightmares Are Adorable
This Photographer Transformed Kids Into 'Justice League' Characters, & It's The Best Thing You Will See Today
Beautiful Photos That Defined ’50s Women’s Swimsuits
Inside the Google's Headquarter in Zurich, Switzerland
2007 ‒ 2022 by Design You Trust. Proudly hosted by WebHostingBuzz.
Privacy Policy · Terms of Service · Content Removal Policy ❤️ 🇺🇦