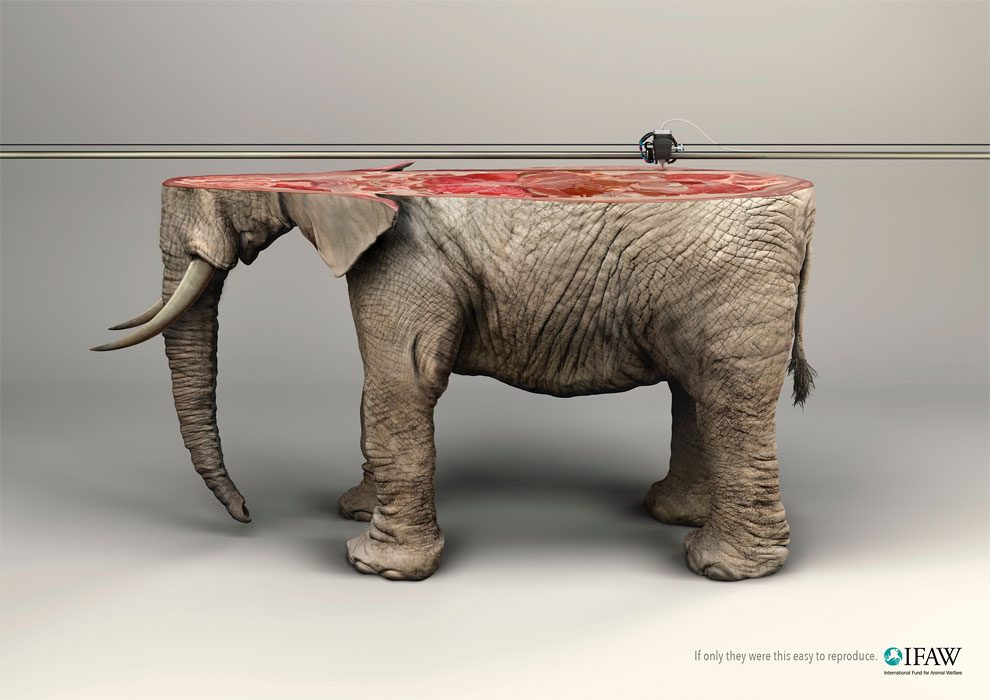 As part of a campaign for the International Fund for Animal Welfare (IFAW), Young & Rubicam Paris has realized a series of images that depicts the irreplaceable and irreversible aspects of killing wildlife. 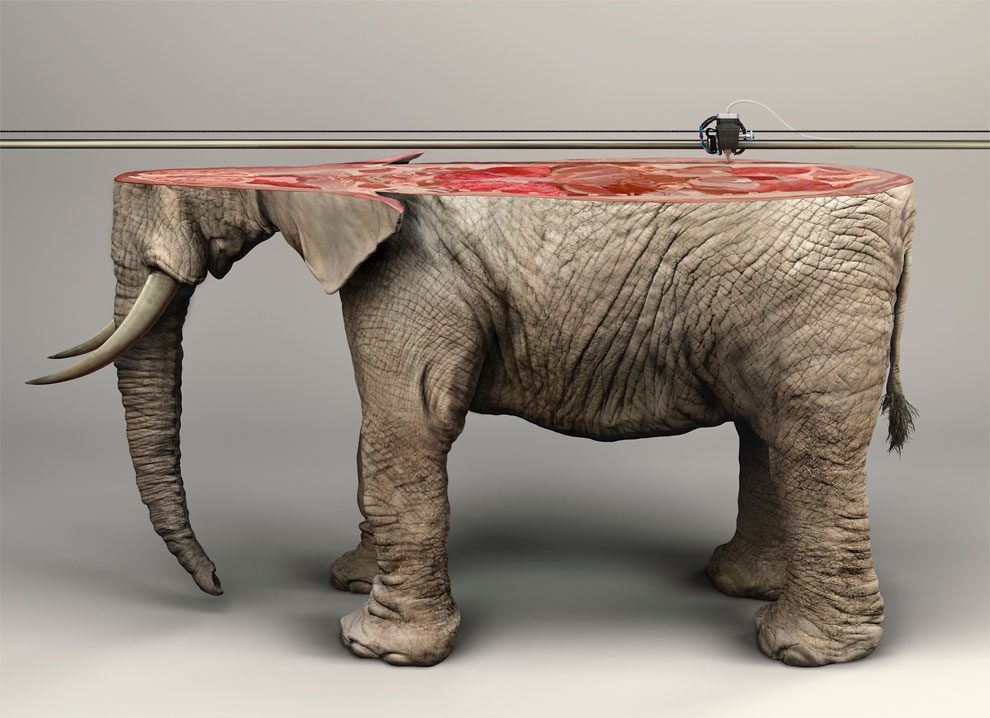 The advertisements aim to draw a comparison between technologies that can easily build and construct matter, like 3D-printing, and the fragility of animal life – a condition not as easily reparable as a broken household object. 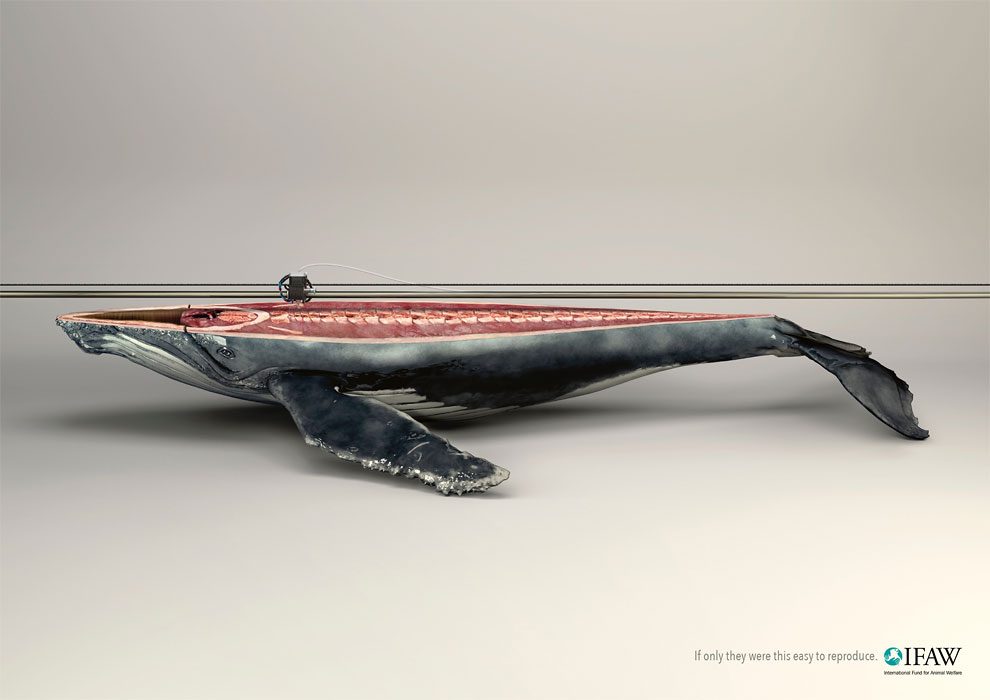 The digital compositions illustrate three animals – an elephant, whale and orangutan – with parts of their bodies exposed to view. Above their bodies, a 3D-printer seemingly attempts to build new layers of skeletal matter, acting a subtle symbol of the impossibility of this situation. 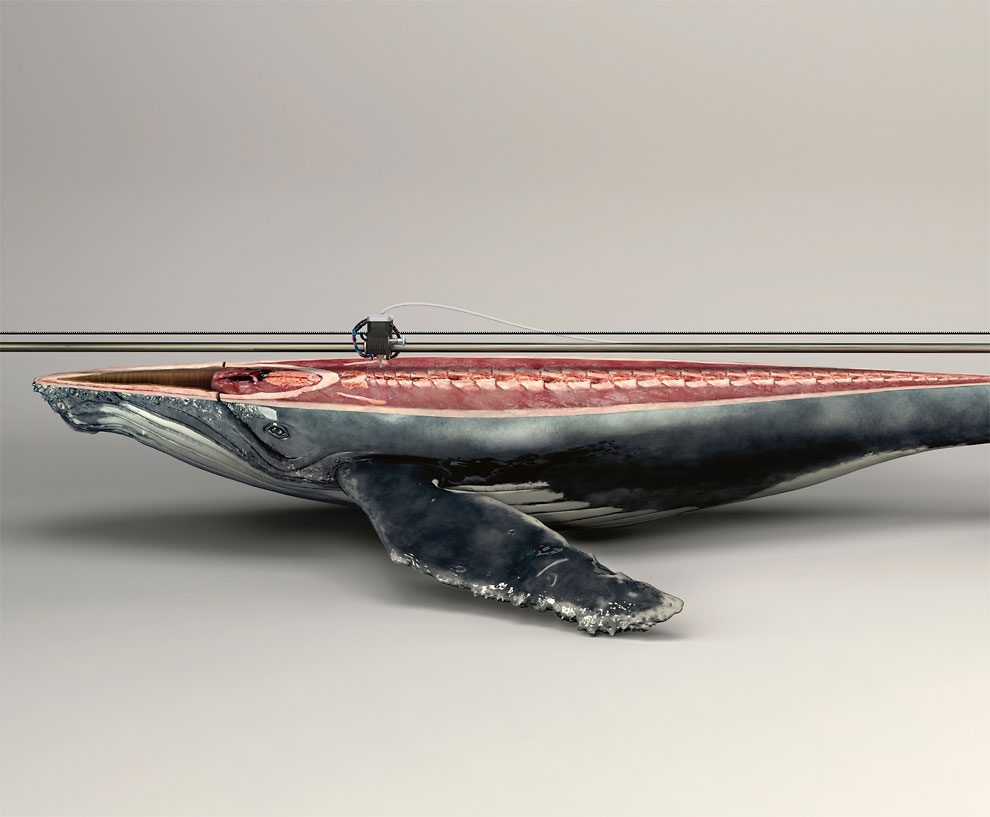 “if only they were this easy to reproduce”,

a simple yet powerful message that underscores the idea that the loss of wildlife is an irrevocable act with permanent consequences. 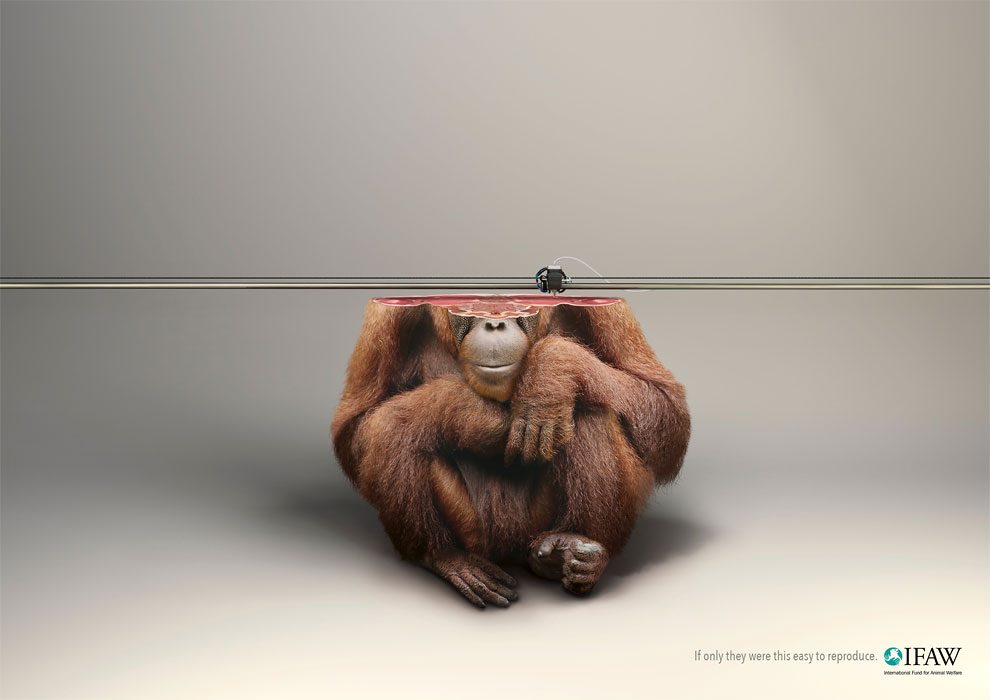 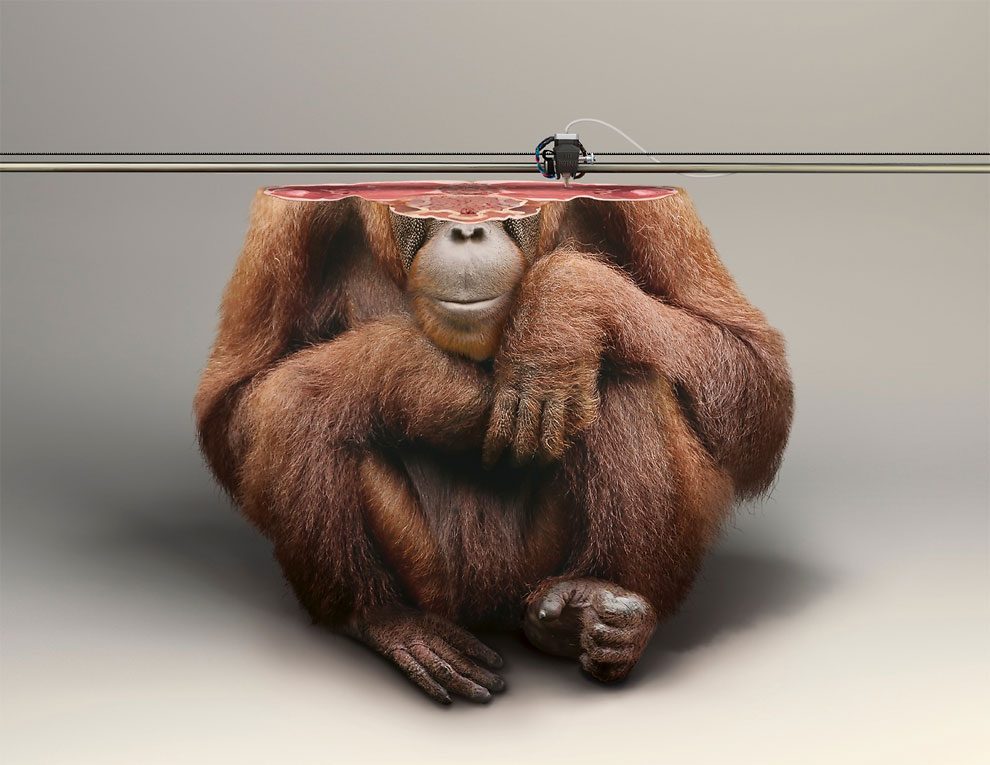