Dad Gets Matching Tattoo Of Son’s Cancer Scar For Solidarity 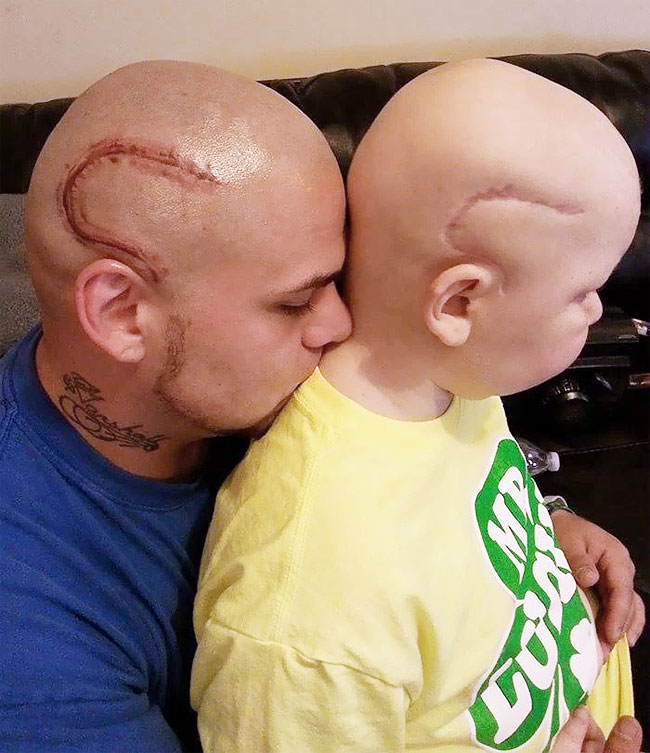 In 2015, Josh Marshall’s 8-year-old son Gabriel was diagnosed with a rare form of cancer called anaplastic astrocytoma (wiki), a malignant brain tumour. After undergoing surgery, most (but not all) of the tumour was removed and Gabe has been in stable condition for the past nine months. The surgery did leave a scar on Gabriel’s head which his father said was affecting his self-confidence. 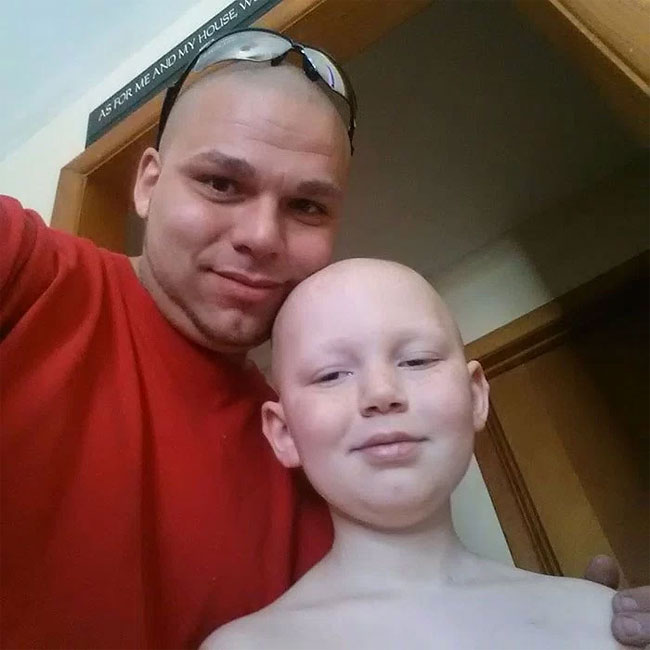 “This broke my heart,” Josh told BuzzFeed and he immediately decided he would get a matching tattoo in a show of solidarity and support for his son. 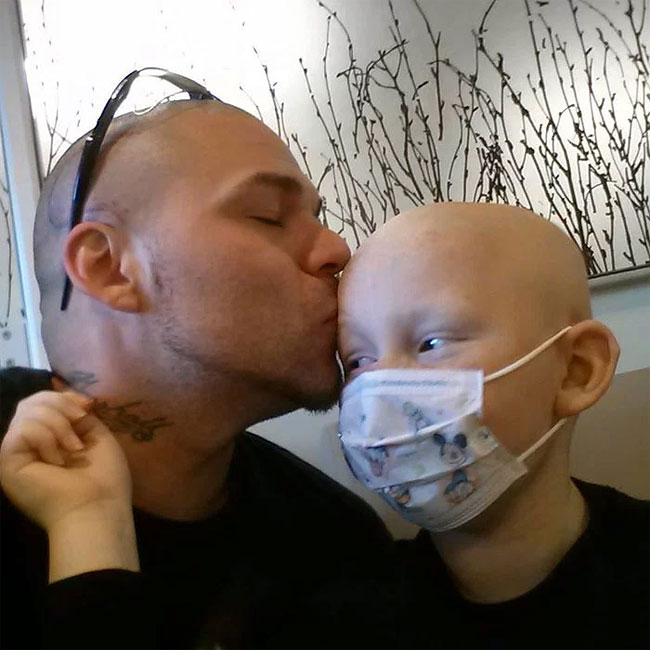 Josh went to Merl Kent of Point Blank Tattoo in Hutchinson, KS for the ink and he and his son couldn’t be happier with the result. 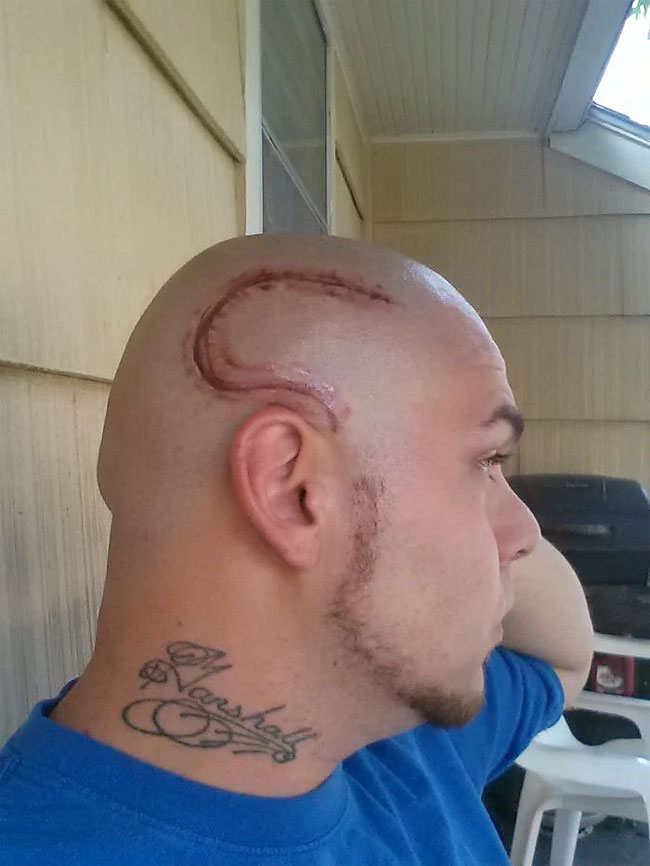