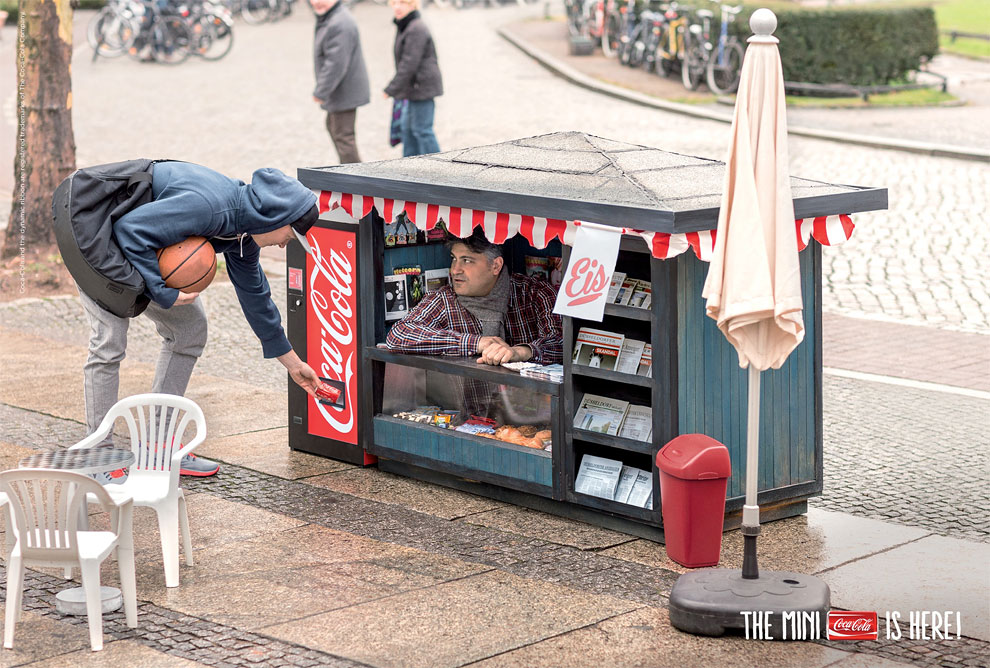 To promote the launch of its tiny coke cans, Coca-Cola and advertising agency Ogilvy & Mather Berlin deployed and installed a series of miniature kiosks throughout five different major cities in Germany. 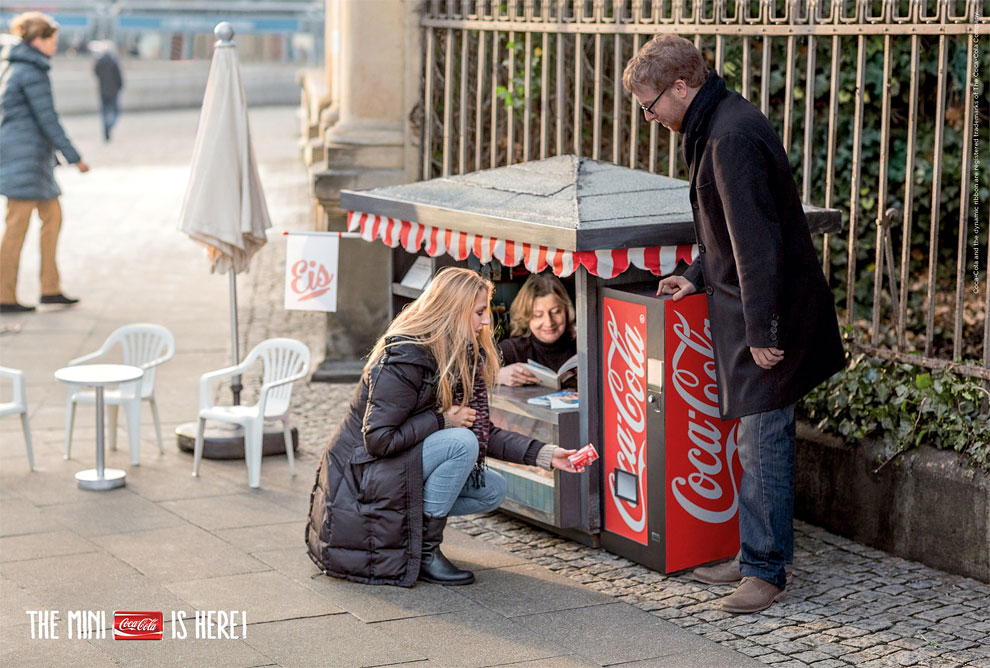 According to Adweek, the kiosks sold an average of 380 mini cans per day, which Ogilvy says is 278 percent more than a typical coke vending machine. The small scale intervention included a pint-size vending machine, which also served to describe the the print campaign’s main motto: ‘It’s the little things in life that make us happy’. 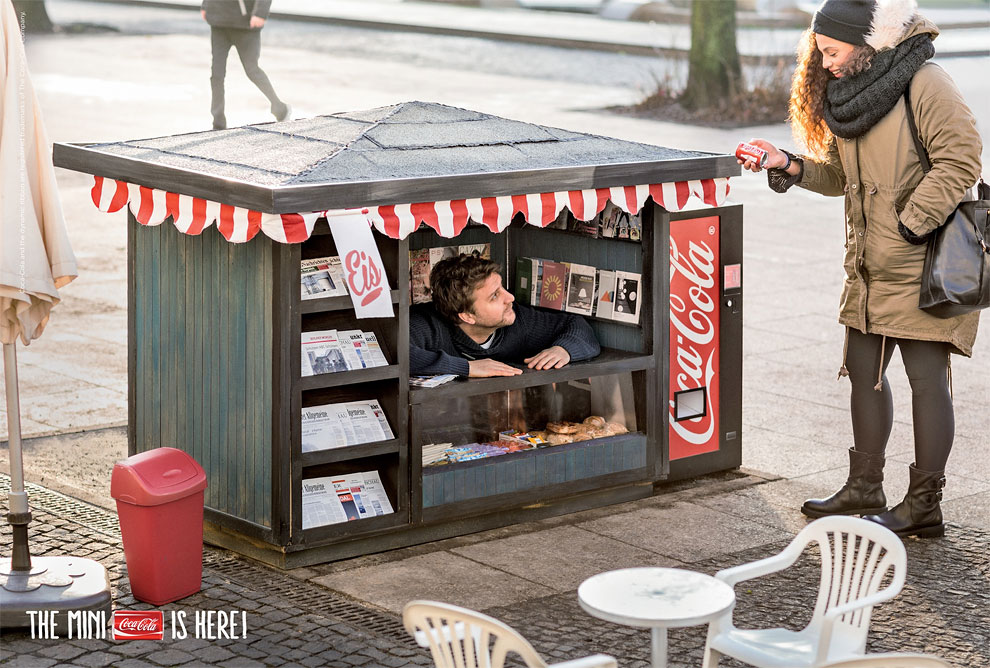