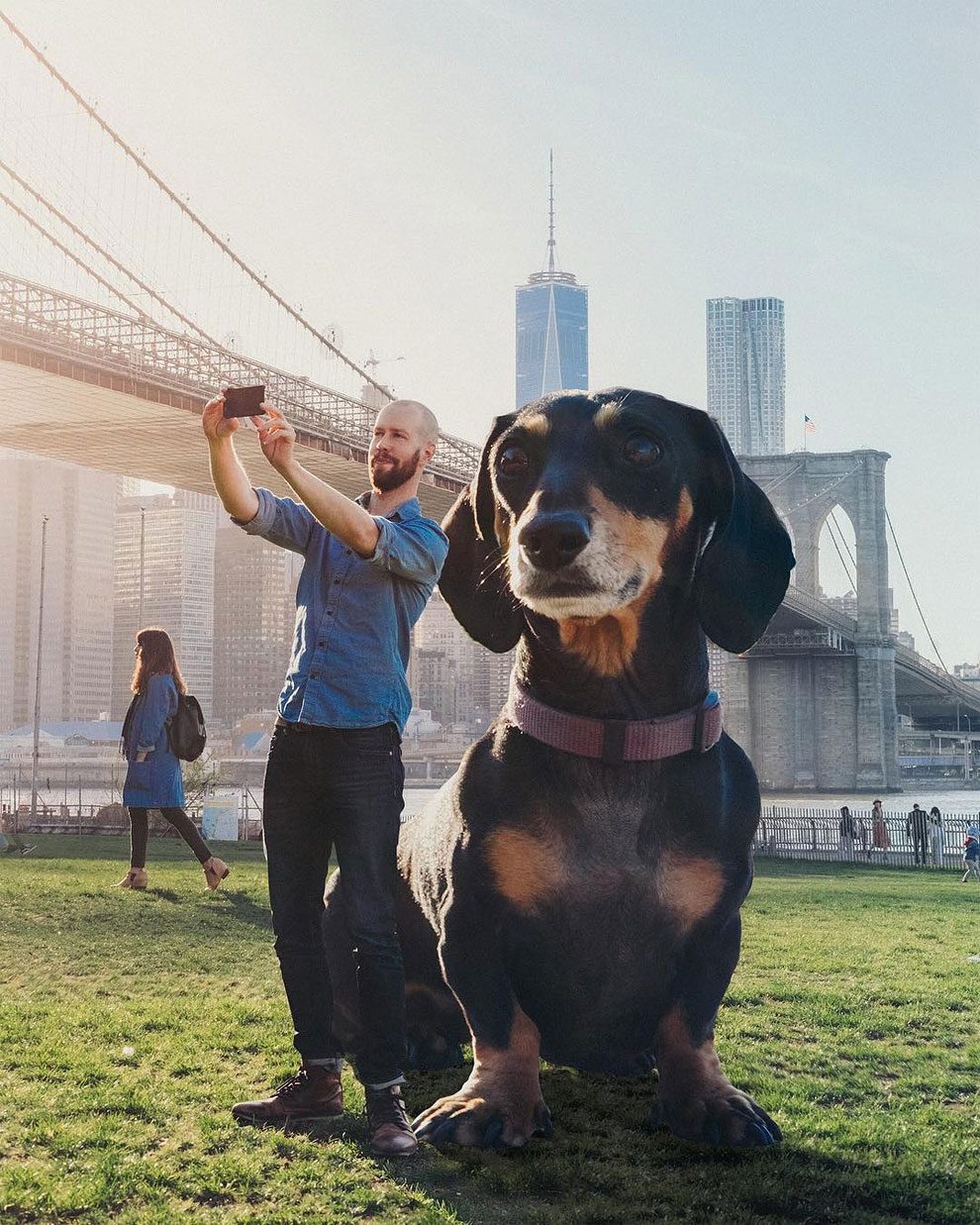 “Vivian the Dog Moves to Brooklyn,” is a book about a big dog moving from Albuquerque, New Mexico to Brooklyn, New York. It’s 32 pages long and will be full of beautiful photo-illustrations created by Mitch Boyer and starring Vivian, with some pretty fantastic letterings and drawings by the talented, Valerie Navarro. 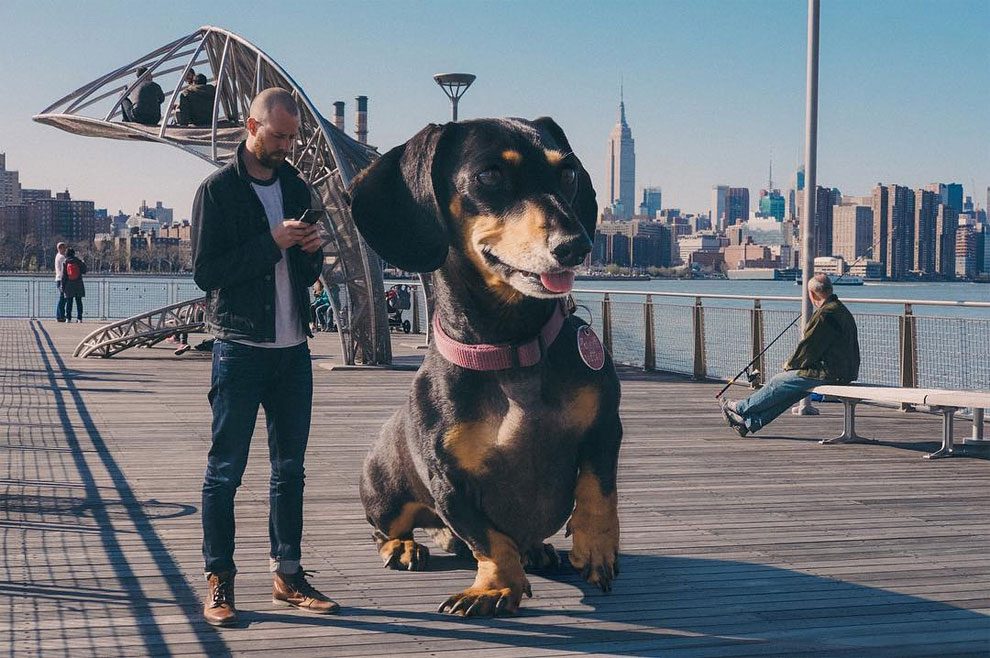 In the book, Vivian is a giant dog—over 6 feet tall! She loves the wide open spaces and delicious foods of New Mexico, but most of all, she loves playing with her best friend, “the human.” When Vivian learns she and the human are moving to New York City, aka the “Big City,” she gets very excited. She believes everything will be as big as she is in the “Big City,” and she can’t wait to move! 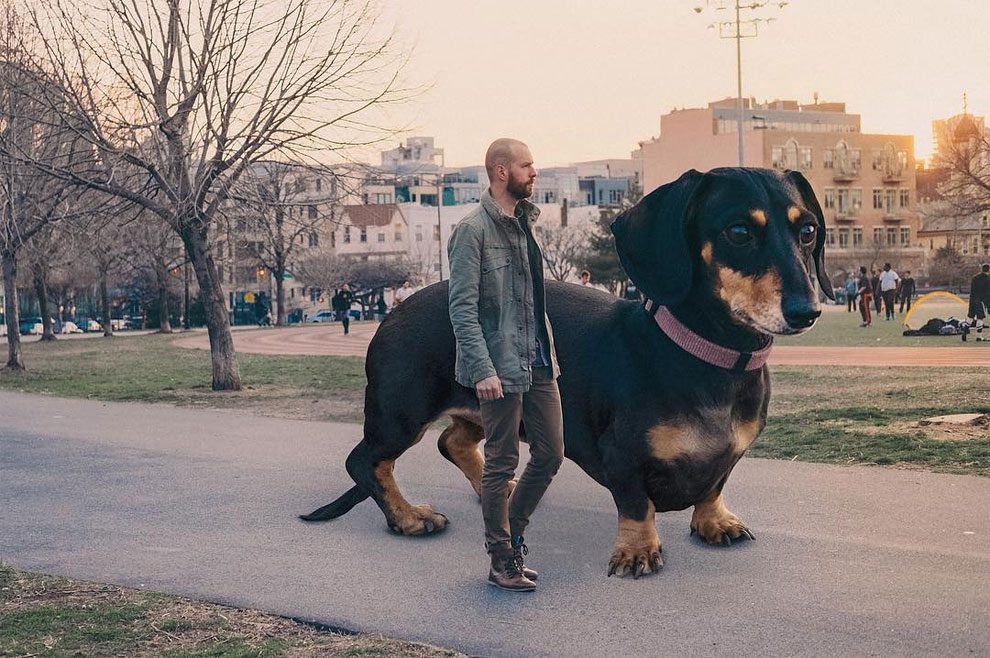 “A few months ago I started photoshopping images of my Dachshund, Vivian in her “true size.” She has a larger than life personality and I wanted to capture it in a picture.” – Mitch told Bored Panda. 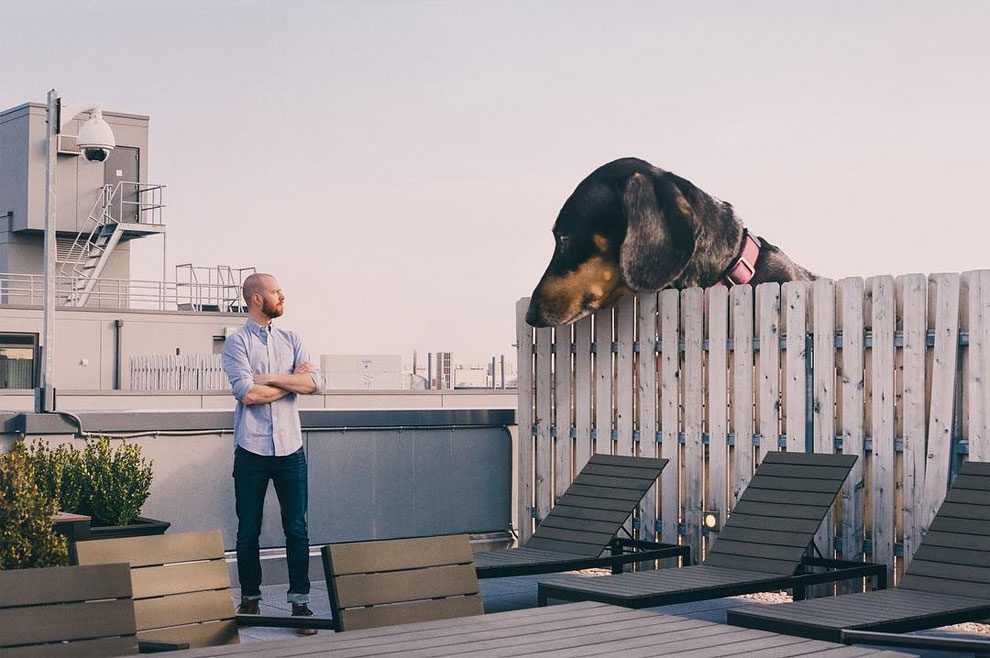 “I’ve known Vivian since she was a newborn puppy. My sister has a dog named Gogo, and she had a litter of puppies—Gogo, not my sister. The night they were born, my mom stayed up delivering the puppies. My dad likes to point out that he helped and was “the assistant midwife.” I rushed over to their home the next day and instantly fell in love with Vivian.” – he added. 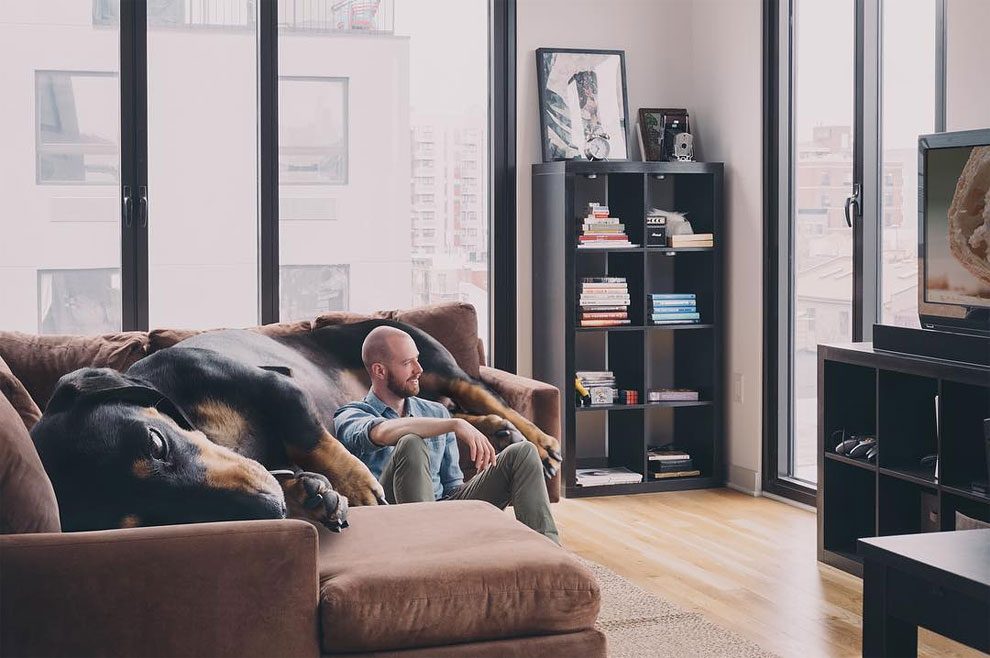 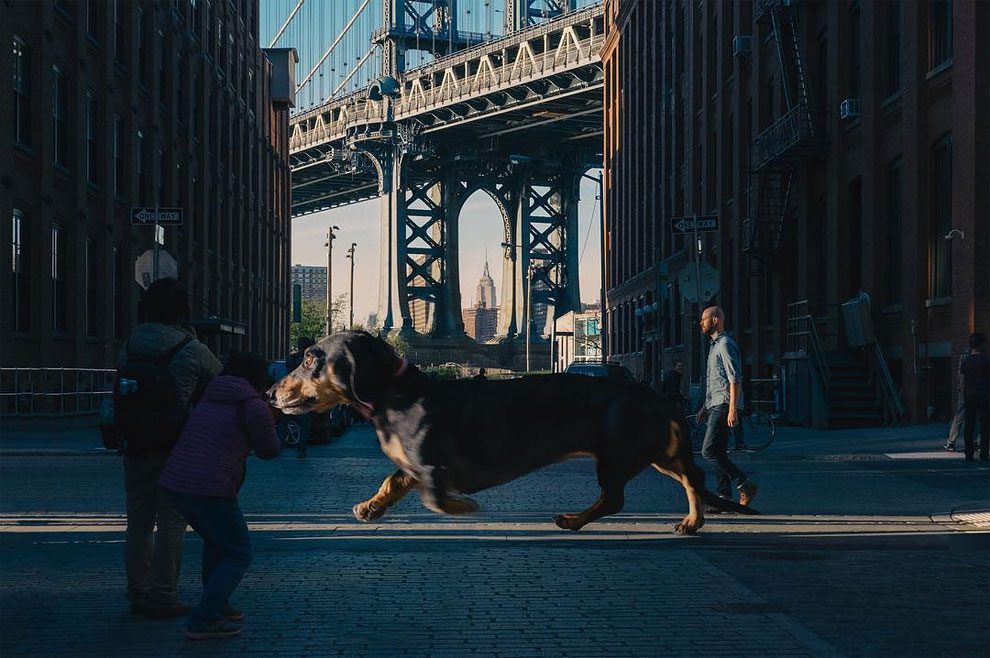 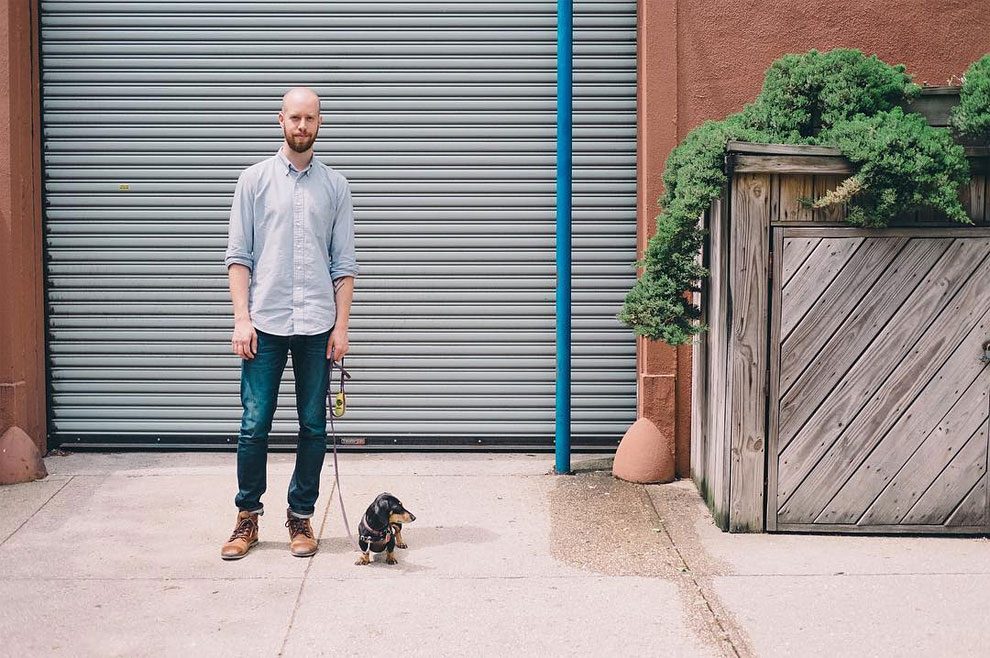 Photographer Takes Portraits of Black Shelter Cats Who Are Often the Last to Be Adopted
Stunning Winners Of The 2018 Dog Photographer Of The Year Contest
Sculpture Of Istanbul’s Social Media Phenomenon Cat Tombili To Be Inaugurated
Breathtaking Photos of Models Pose with Endangered Animals
Photographer Leila Jeffreys Captures The Diverse Beauty Of Naturally Colorful Birds
Two Pet Lovers Had Rescue Kittens At Their Wedding And The Photos Are Adorable
Take A Look At This Cute Adopted Cat With Funny Markings
A Pair of Curious Young Polar Bears Play Together
Bioluminescent Sea Fireflies Glittering Like Diamonds On The Rocks And Sand
Small Wonders in the Water
Aren't You a Little Short to be a Stormtrooper
2022 Dog Shaming Calendar Is Here!
Argentina Tiger Triplets
Unusual Animals: Hydrocynus Goliath
"Animal Soul": Beautiful Portraits Of The Bad-Ass Cats By Robert Bahou
People Are Submitting Pics Of Their Pets To This Instagrammer, And She Gives Them Hilarious Makeovers
Rescued Magpie Becomes Lifelong Friend With The Family That Saved Her Life
Rare Blue Whale Skeleton Unveiled At UK’s Natural History Museum
Sanctuary Asia: A Shocking Campaign Against The Misdeeds Of Deforestation
"For The Love Of Peanut Butter": Humorous Photo Series Of Dogs Eating Peanut Butter
Xafi And Auri Are Two Russian Blue Cat Sisters With Mesmerizing Green Eyes
“Kater Murrs Galerie berühmter Katzen”. Artworks by Michael Mathias Prechtl
Maternal Instinct: Lovable Pugs Raising Abandoned Tiger Cubs
21 Life Lessons From Cats
small, thinks