In 2011, Gabi Mann was a four-year-old in Seattle with a habit of dropping her food. A chicken nugget might fall off her lap while she’s getting out of the car, and Gabi wouldn’t pick it up. Instead, the crows rushed to the forgotten morsel and hoped for another bite. Gabi eventually noticed this pattern and rewarded their attention by sharing some of her packed lunch on the way to the bus stop. 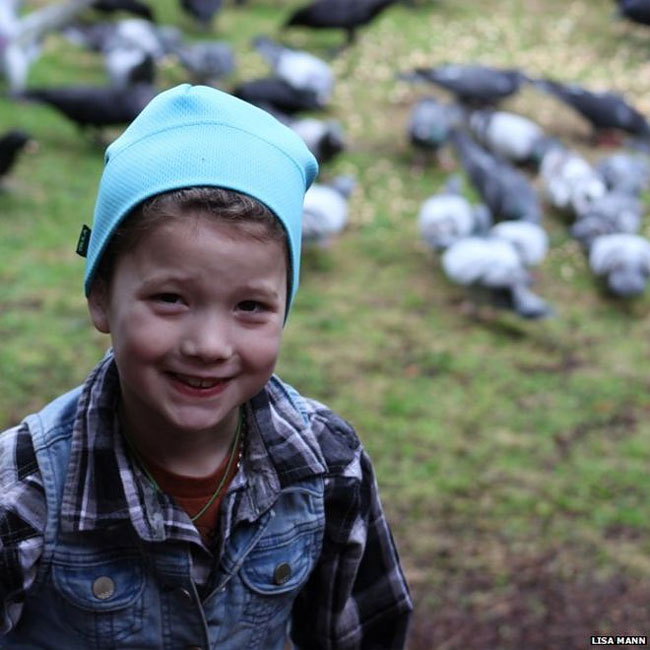 Two years ago, the now eight-year-old and her mother, Lisa, started feeding the crows as part of their daily routine. They deliver fresh water in the birdbath and cover the bird feeder with peanuts. Gabi distributes handfuls of dog food into the grass. The crows are grateful for humans’ generosity and have shown their appreciation in an unexpected way – in the form of small, shiny gifts left behind in the bird feeder. 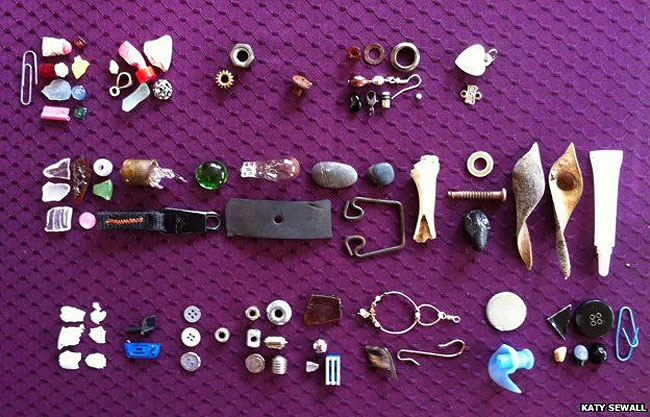 A miniature silver ball, a black button, a pearl-colored heart, and a broken piece of light bulb are just some of the things that the crows have left for Gabi. Many of them are scratched and dirty, but she pays no mind. 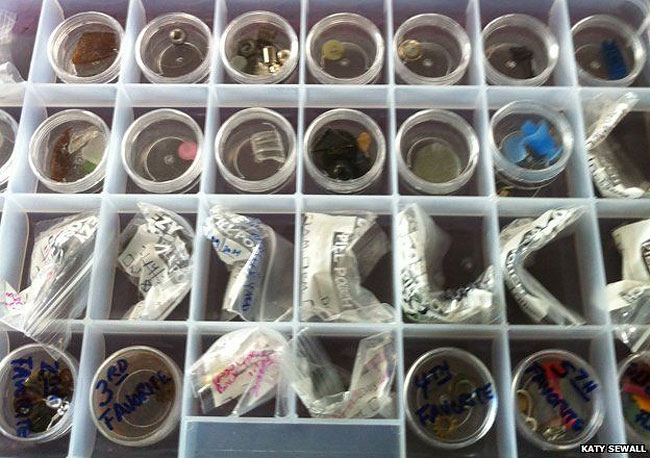 “It’s showing me how much they love me,” she tells the BBC. Each treasure is individually wrapped and categorized, including the date and time that she found them. “We keep it in as good condition as we can,” Gabi says. 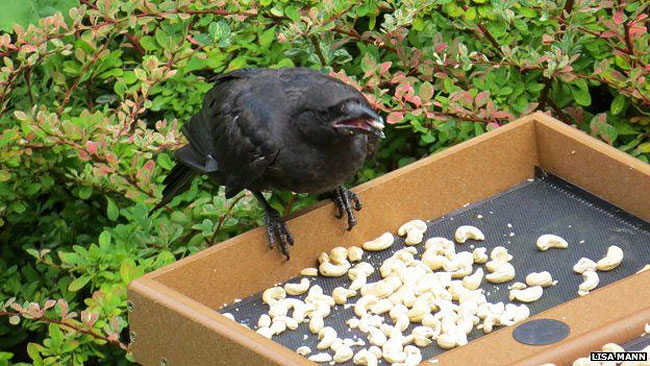 This bond between Gabi and the crows is incredible, but surprisingly, it’s not totally unusual. 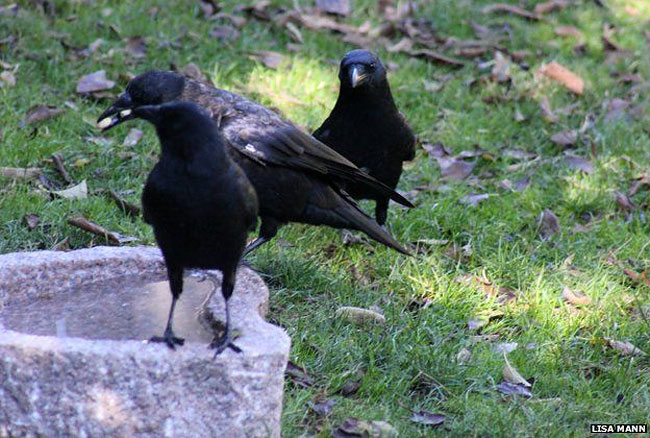 John Marzluff, a professor of wildlife science at the University of Washington, explains to the BBC, “I can’t say they always will (give presents), but I have seen an awful lot of things crows have brought people.” 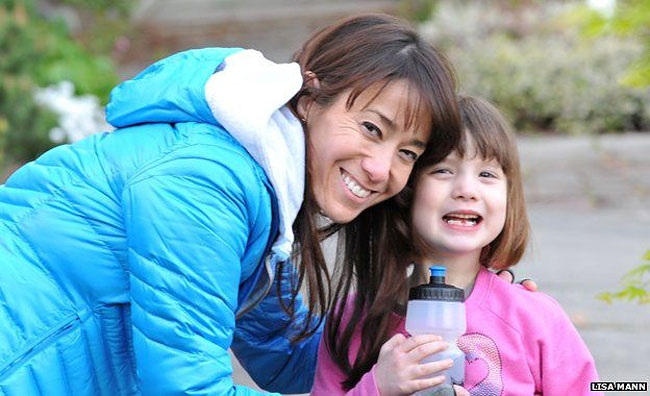 It seems that Gabi is one of the lucky ones, and she’s found friends in the birds.

Golden Retriever Adopted a Kitten
National Geographic Photo Contest 2012: A Sneak Peek at the Top Shots
Uncanny Resemblances Between Classic Dog Breeds And Humans Captured By Gerrard Gethings
Bioluminescent Sea Fireflies Glittering Like Diamonds On The Rocks And Sand
222 Golden Retrievers Frolic in a Field in Scotland
Stunning Images Of The Marine Seals Were Captured By A Diver Who Did Well To Hang Onto His Camera When One Of The Seals Attempted To Take A Bite Out It
This Is What Happens When You Face Swap A Cat With Spirited Away’s No-Face
Finally, "Squid Game" Costumes For Your Pets
Kate And A Cat: A Little Sweet Story About A Strong Friendship
Photographer Takes Photos Of Cats High On Catnip, And The Results Are Brilliant
Dining With Giraffes
"For The Love Of Peanut Butter": Humorous Photo Series Of Dogs Eating Peanut Butter
Artistic Animal Doodles By Rohan Sharad Dahotre
Playful Seals
Australian Native Wildlife: The National Geographic Photographer Creates A Photo Archive Of Biodiversity Around The World.
Awkward Vintage Photos of Celebrities Posing With Their Beloved Cats
Abandoned Aston Martin Set To Sell For A Small Fortune
Photographer Documents Chickens, And They All Look Like Supermodels
Animal Lovers Converge on Pet Fair
Couple Documents How Fast Their Dog Grows In Just 8 Months
Japanese Photographer Releases Book Of Breasts And Cats
Stunning Photos Of Wild Animals Invade The Supermarket
Eight-year-old Girl Keeps Coyote as Family Pet
2014 Super Cat Show in Rome
crows, feeds, gifts, leave, small, thank

Clydesdale Horse Dresses As AT-AT from ‘Star Wars’ For Halloween
Can You Count How Many Seals There Are Selling Seashells By The Seashore?
Man Builds 2,000 Square Meters Swimming Pool For Dogs
Young Woman Captures Expressive Photos Of Cats To Cope With Insecurities And Bullying Memories
Riding a Snail
The Man Who Tried To Live As A Goat
When Your Cat Meows, And You Meow Back…
2019 Social Justice Kittens Calendar Is Here!
Bored Dog Owners During COVID-19 Social Isolation Are Creating Dogs With Human Hands
Finally, The 2022 Cats On Catnip Calendar Is Here!
2007 ‒ 2022 by Design You Trust. Proudly hosted by WebHostingBuzz.
Privacy Policy · Terms of Service · Content Removal Policy ❤️ 🇺🇦