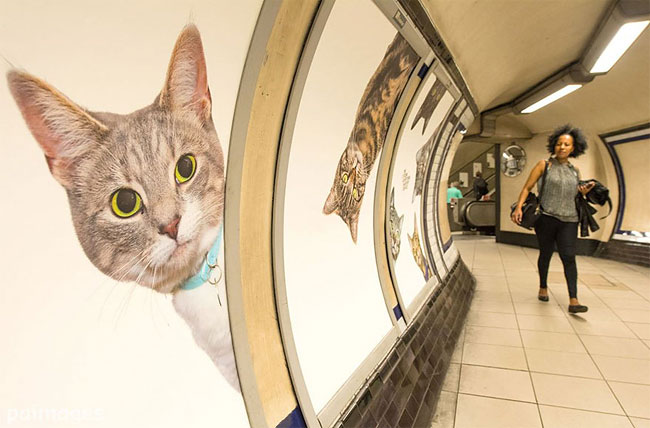 If you arrived at Clapham Common tube station one morning to find that every advert had been replaced with pictures of cats, you’d no doubt logically conclude that our feline friends paid for the initiative as part of their first steps towards world domination. And in a way you’d be right, because the stunt was indeed paid for by CATS. But fortunately for us, that’s where the conspiracy ends, because CATS stands for the Citizens Advertising Takeover Service, and they’re the team responsible for this rather bizarre campaign. 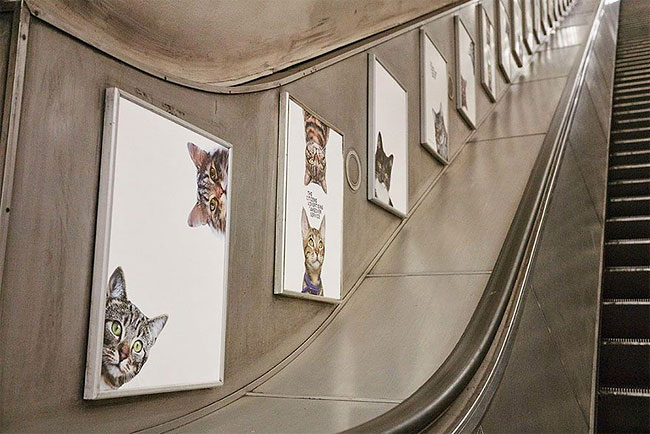 It was funded via Kickstarter by almost 700 people who pledged over 23k GBP to get the project up and running, and as organizer James Turner noted in a blog, “This isn’t a clever marketing stunt. The people behind it are volunteers. We want to inspire people to think differently about the world and realize they have the power to change it.” So for the next two weeks, Clapham Common won’t just be serving the Northern Line. It’ll also be serving the FE-line! 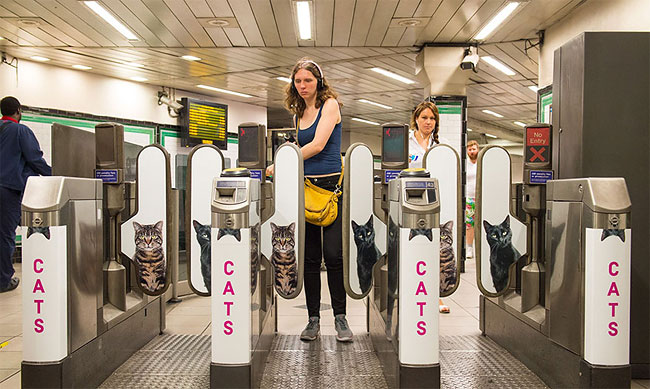 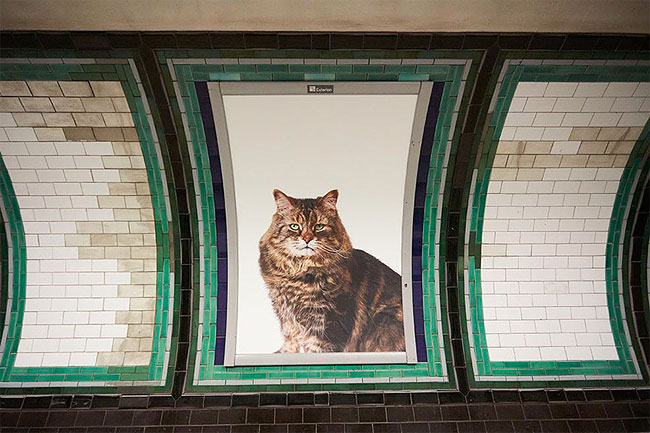 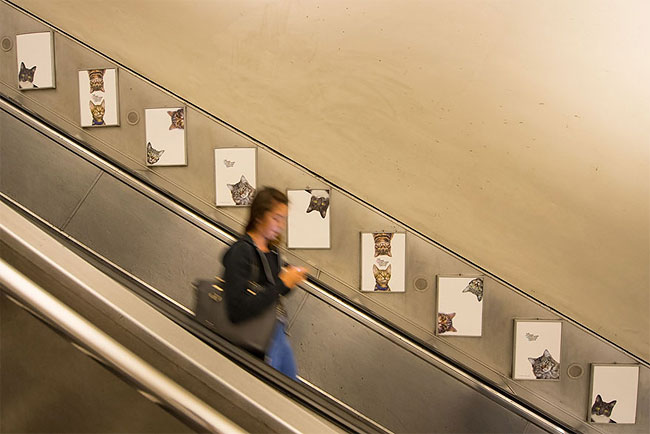 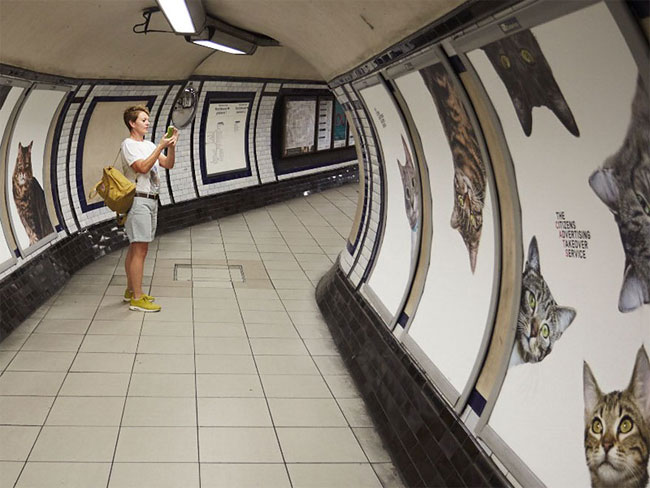 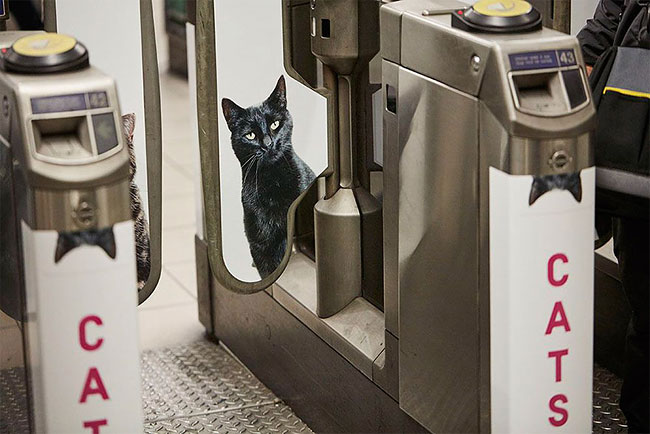 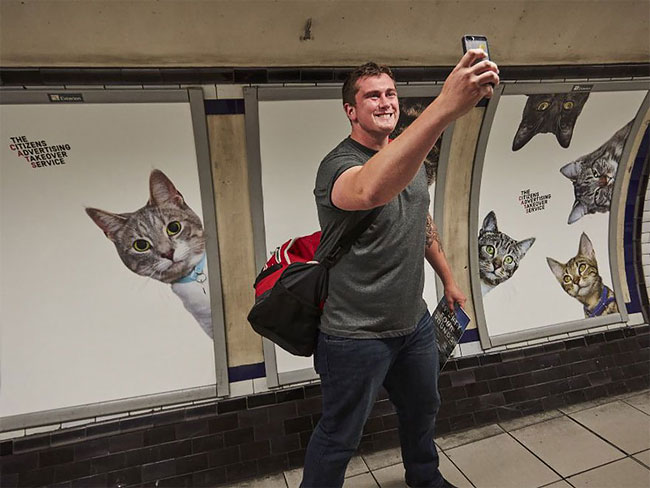 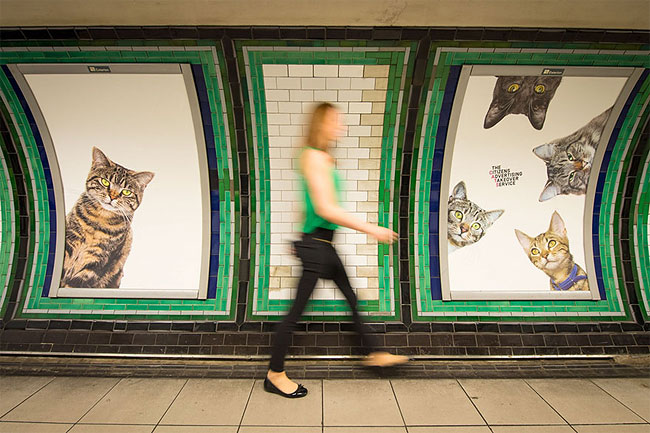 Hilarious Pictures from the Comedy Wildlife Photography Awards
A Disney Movie has Come to Life. This Unlikely Duo will Melt Your Heart.
Photographer Peter Thorne Captures Adorable Photos Of Toronto’s Chubby Cats
Female Lion Guards of India
Intimate Portraits of Animal Shelter Volunteers Reveal a Heartwarming Bond
2017 Year In Pictures: Animals
The London Zoo's Annual Stocktake of Animals
Adorable 2019 Calendar Of Alpacas Living Luxuriously All Year Long
Meet Kyle, A Cat With A Cute Mustache And A Troubled Past
Guy Walks His Pet Tortoise Around The Streets Of Tokyo
Chameleons Will Hold Anything You Give Them, and They Look Like Tiny Old Men!
Feeding Polar Bears From A Tank, 1950
Unusual Animals: Hydrocynus Goliath
Tokyo's Hedgehog Cafe
These Sad Dogs Outside Shops Will Make You Cry
Diving Jaguar Attacks Crocodile
These Tarantulas’ Spide Paws Are So Cute, They Will Make You Squeal
Bored Sitting At Home? Try To Find A Cat In Each Picture!
There Has Been A Dead Cockroach In The Anthropology Building's Stairwell For At Least Two Weeks. Some Enterprising Person Has Now Made Her A Little Shrine.
Swarm Of 20,000 Bees Grounds U.S. Air Force’s F-22 Raptor In Virginia
Pussies Galore: Japan’s Cat Island May Have Reached Peak Cat
Millions Of Crabs Invade Cuba's Bay Of Pigs
Rescued Deer Becomes A Local Celebrity In Norway
Fox Village In Japan Is Probably The Cutest Place On Earth
“Kwita Izina” - The Annual Mountain Gorilla Naming Ceremony In Rwanda
Meet Sygmond, The Beautiful Gray Cat Of Your Nightmares
What Australia Looks Like In The Winter
Toucan Beaten By Teenagers Shows Off New 3D Printed Prosthetic Beak
Adorable Lambs At Korean Sheep Cafe Are Anything But Baaaaashful!
Face of 4000-Year-Old Dog Revealed by Forensic Reconstruction
adverts, london, pictures, replaced, station, underground