The Dreadful Beauty Of Abandoned Places

Kieron Connolly’s new book of photographs of more than 100 once-busy and often elegant buildings gives an idea of how the world might look if humankind disappeared. 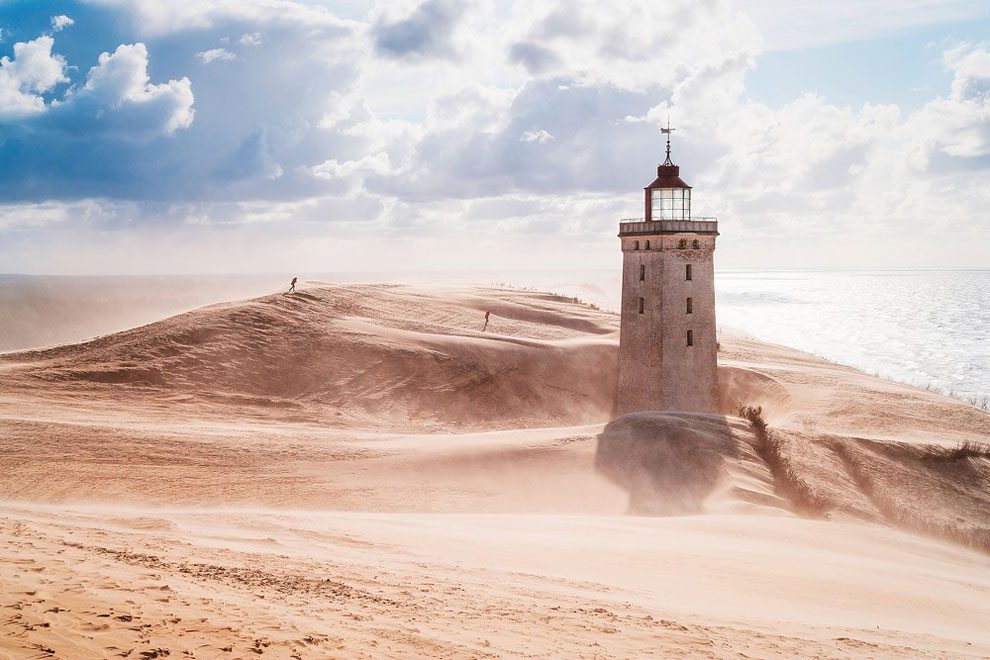 Rubjerg Knude lighthouse, northern Jutland, Denmark. This lighthouse was built on the top of a cliff in 1900 and ceased operating in 1968. With coastal erosion and continually shifting sands a major problem in the area, it is anticipated that by 2023 the cliff will have been eroded so far that the lighthouse will fall into the sea. (Photo by Elisabeth Coelfen/Dreamstime) 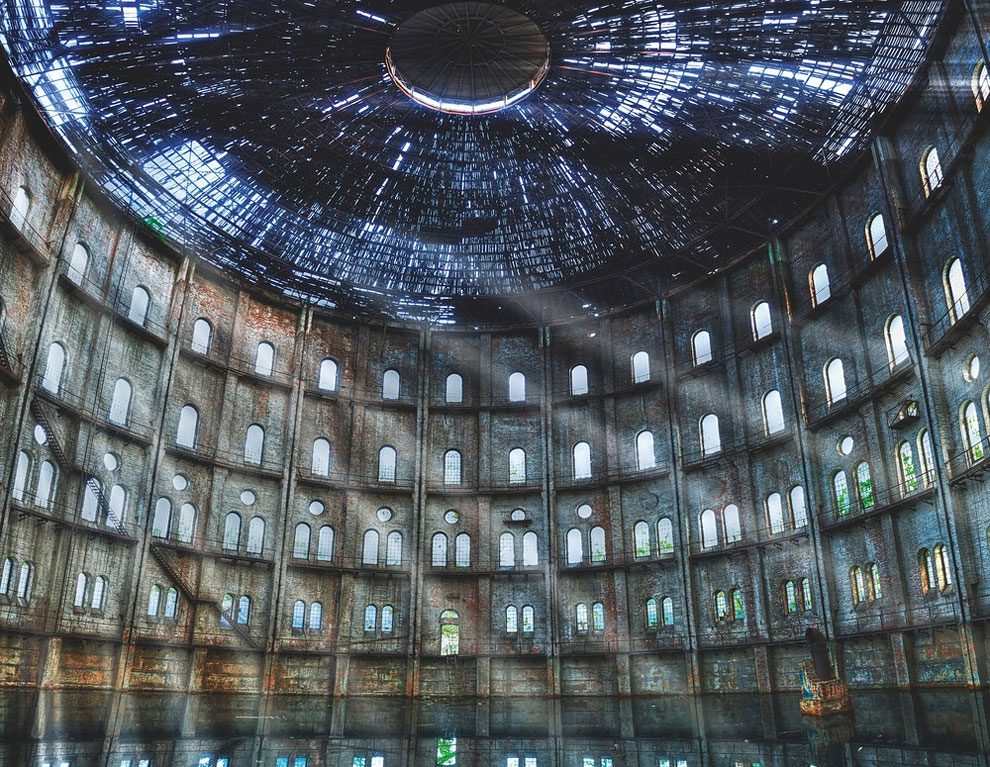 Rotunda, Wola Gasworks, Warsaw. Opened in 1888, destroyed during the second world war, then rebuilt, the Wola gasworks finally closed in the early 1970s when the city switched to using natural gas. Today, part of the gasworks is a museum, but other areas, such as the rotunda, remain dilapidated. (Photo by Fotorince/Dreamstime.com) 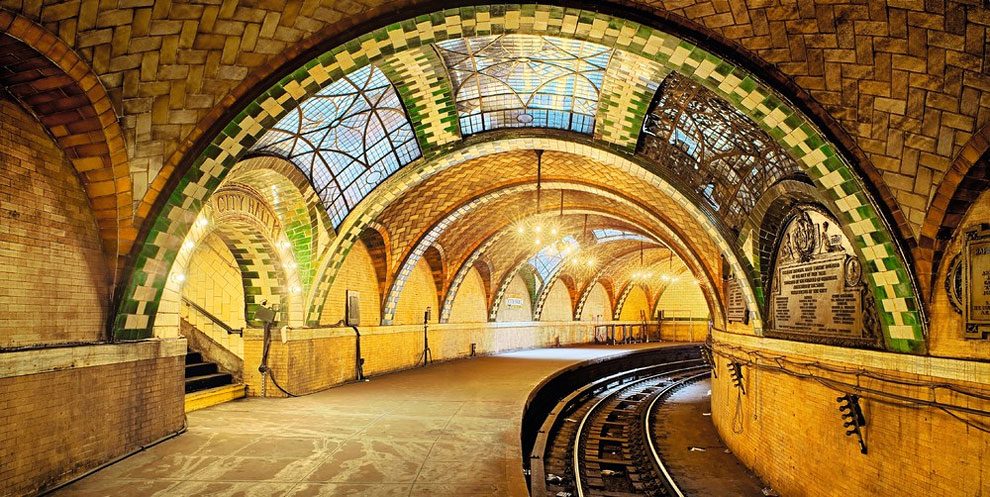 City Hall station, New York City. Designed as a showpiece for New York’s new subway system, City Hall station (towards the southern tip of Manhattan) opened in 1904. It’s an elegant structure in Romanesque revival style with skylights, coloured glass and brass chandeliers, but because of its tightly curved platform longer subway carriages were unable to stop there. It was always a quiet station, and passenger services were discontinued in 1945. (Photo by Michael Freeman/Alamy Stock Photo) 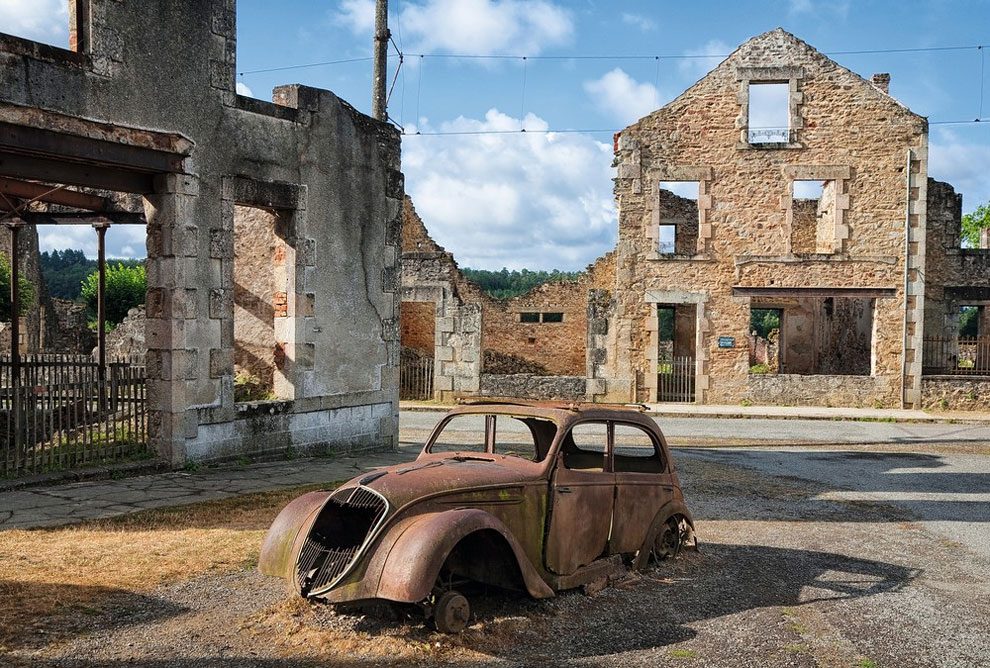 Oradour-sur-Glane, Haute-Vienne, central France. On June 10, 1944, 642 inhabitants of this village – men, women and children – were massacred by the Nazis. Officer Adolf Diekmann had been ordered to take 30 hostages to use in bargaining for the release of a German officer held by the French Resistance. Instead, he ordered the whole village be rounded up and killed, claiming retaliation for local partisan activity. An investigation was begun, but Diekmann was killed in battle shortly after. After the war President de Gaulle ordered that the village be maintained as a memorial to the massacre. (Photo by ABCDK/Depositphotos) 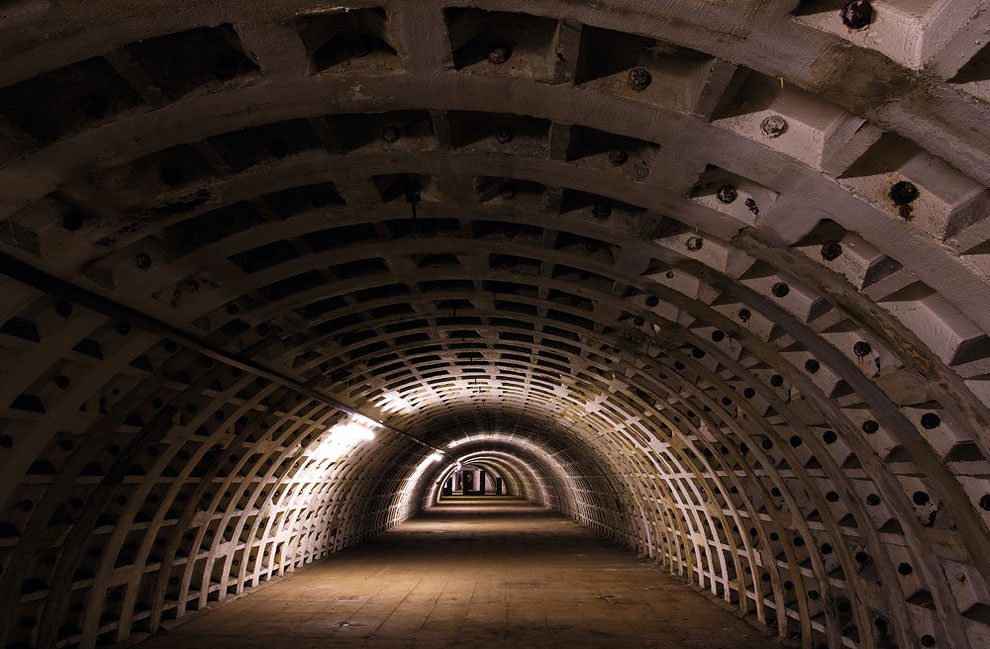 Clapham North deep-level air-raid shelter, London. During the second world war, eight deep-level air-raid shelters were constructed beneath London Underground tunnels. Accommodating 8,000 people each, the shelters had bunk beds, canteens, toilets and medical posts. After the war the shelters were used for archive storage and even as temporary hostels. Since 2012, Clapham North shelter has been used as an urban farm, growing herbs and salad leaves. (Photo by Robert Stainforth/Alamy Stock Photo) 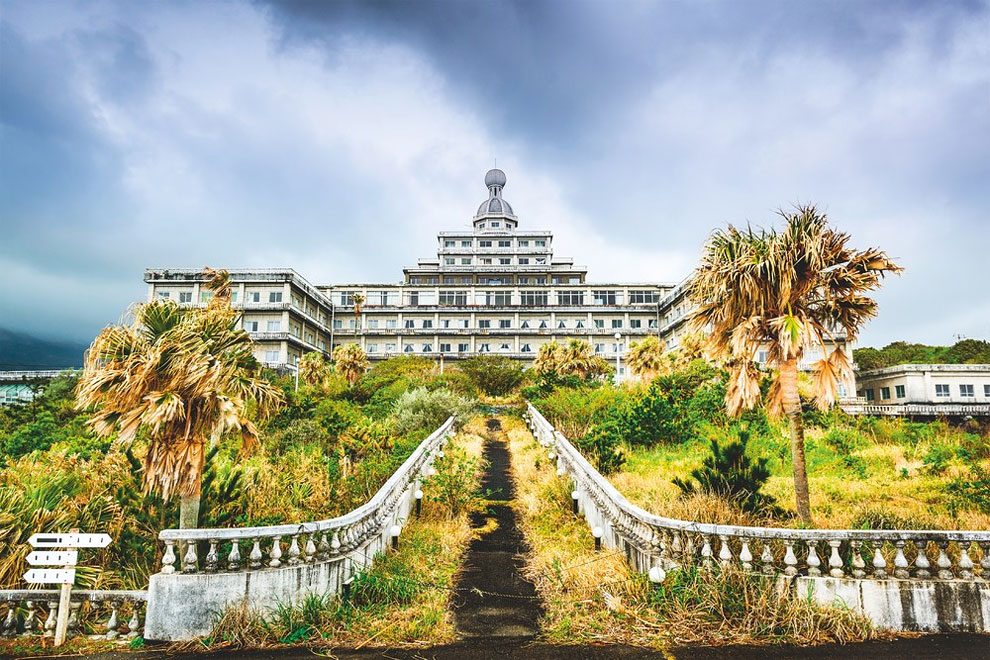 Hachijo Royal Hotel, Hachijojima, Japan. This is what happens to a hotel when there are no guests and, apparently, no gardeners. The Hachijo Royal opened in 1963 when Hachijojima, a volcanic island 178 miles directly south of Tokyo, was being promoted as the Hawaii of Japan. It closed in 2003. (Photo by Sean Pavone/Dreamstime) 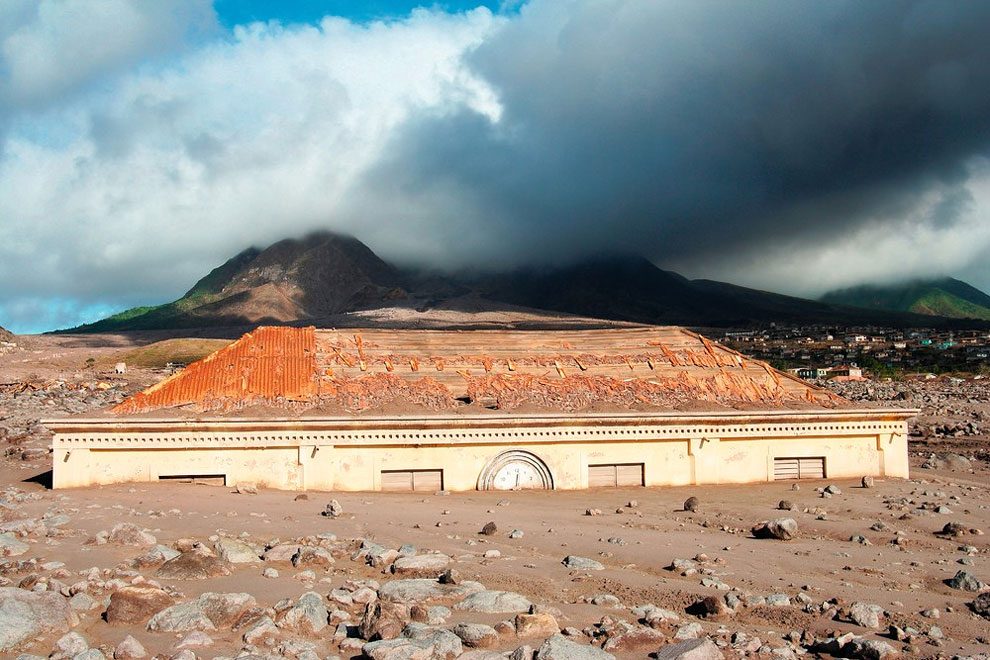 Plymouth courthouse building, Montserrat. When the Soufrière Hills volcano erupted in July 1995, Montserrat’s capital was completely buried by ash. Following further eruptions, two-thirds of the population left as half of the island became uninhabitable. In theory, Plymouth is still the capital, giving it the unusual distinction of being the only ghost town that is also a capital city. (Photo by Richard Roscoe/Alamy Stock Photo) 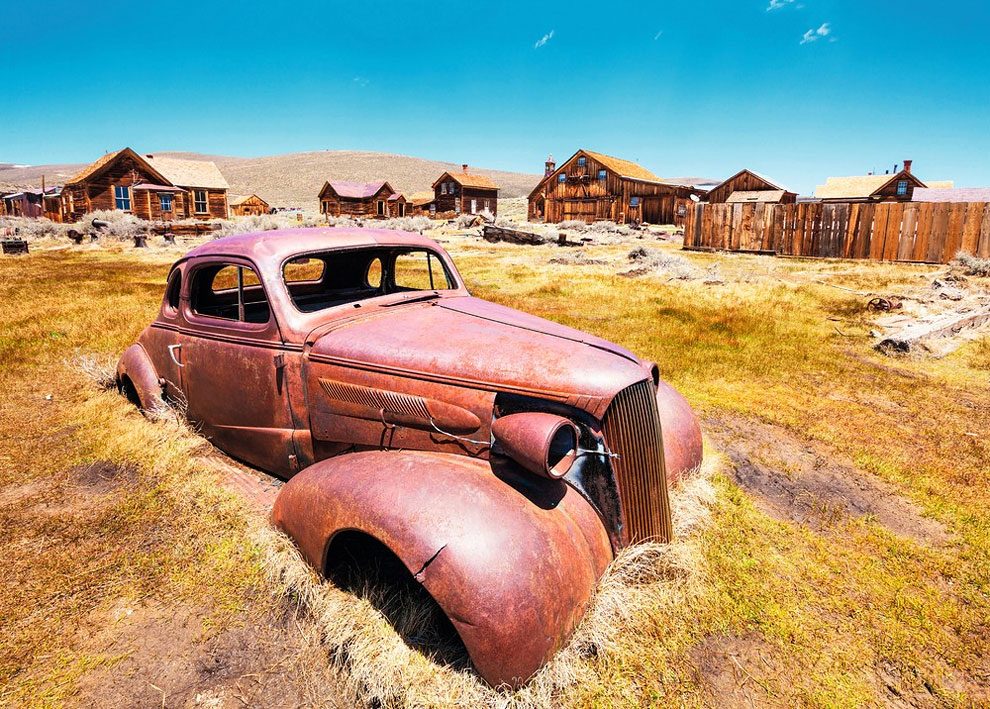 Bodie, Mono County, California. Gold was discovered at Bodie in 1859 (just after the initial California gold rush) and it went from mining camp to boomtown. Its decline began in 1880, when word spread of new boomtowns elsewhere. The Standard Consolidated Mine closed in 1913, and four years later the Bodie Railway was abandoned. By 1940 the population was down to 40. Today, Bodie is maintained in a state of arrested decay as a visitor attraction. (Photo by Alamy Stock Photo) 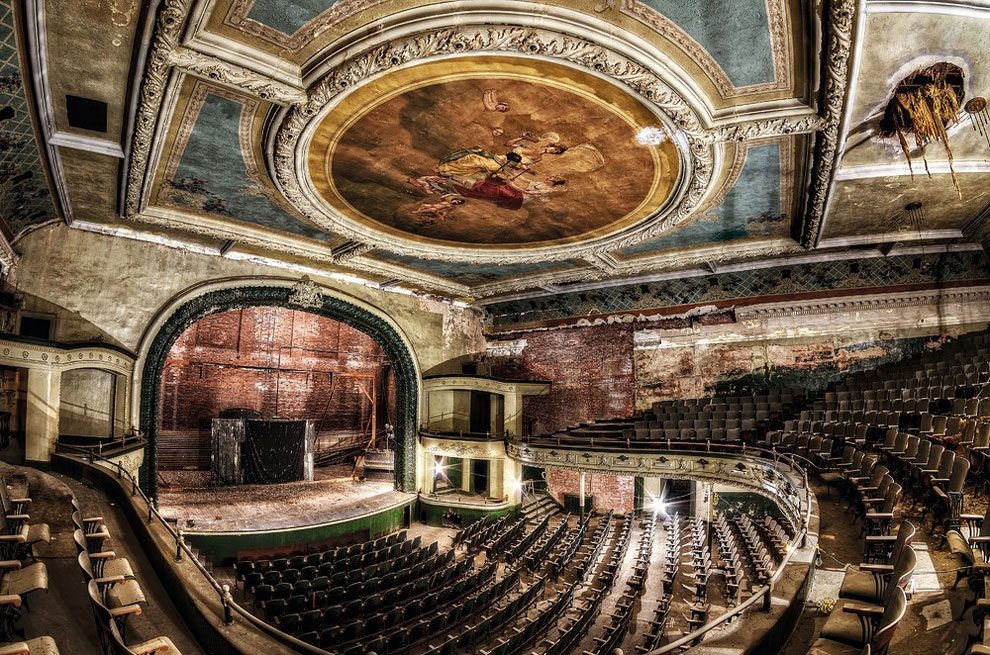 Orpheum Theatre, New Bedford, Massachusetts. Owned by the French Sharpshooters Club of New Bedford, this theatre was leased to the Orpheum Circuit of vaudeville theatres and cinemas. In 1928, Orpheum became part of Radio-Keith-Orpheum, better known as RKO, the Hollywood movie studio and distribution company. The Sharpshooters sold the building in 1962 and it was used for a while as storage by a tobacco company. The space remains empty. (Photo by Frank C. Grace) 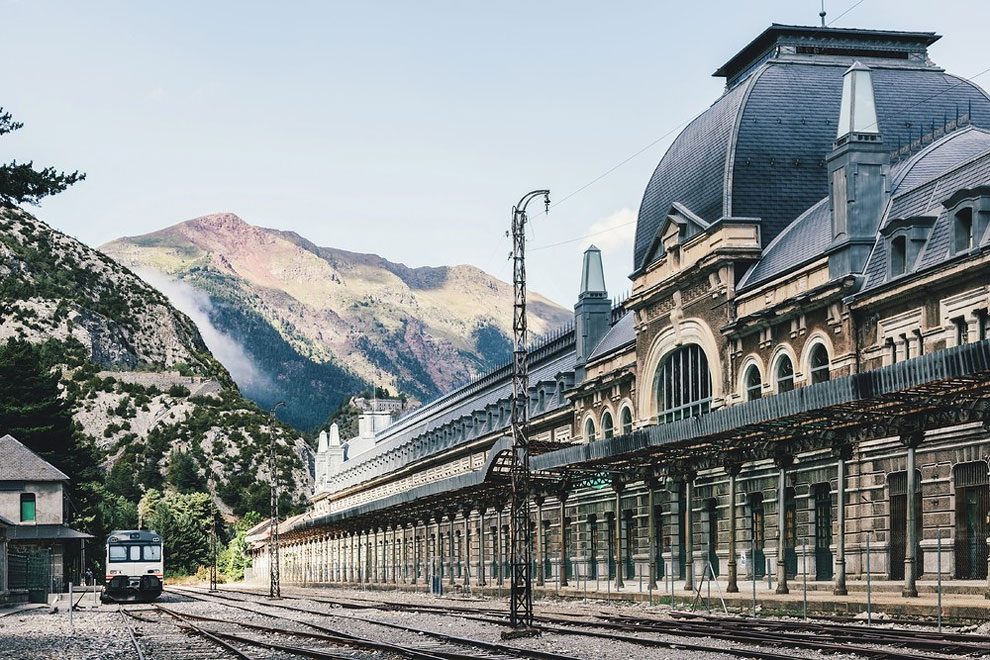 Canfranc station, Spain. As one of the gateways between France and Spain, Canfranc station, high in the Pyrenees, was designed in an art nouveau style, only to become an elegant anachronism. It was built in 1928, but international traffic ceased in 1970 when a railway bridge on the French side collapsed and wasn’t rebuilt. A couple of local trains still run each day on the Spanish side. (Photo by Victor Torres/Stocksy) 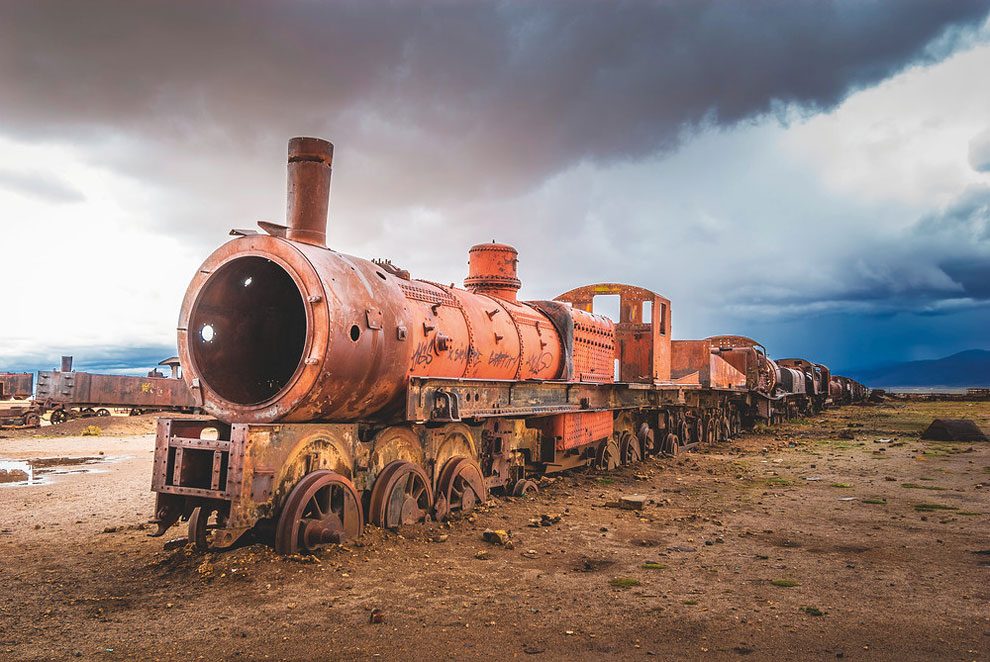 Uyuni Train Cemetery, Bolivia. In the late 19th century, the Andean town of Uyuni served as a distribution hub for trains carrying minerals to Pacific ports. After the mining industry collapsed in the 1940s, the railways fell into ruin, leaving the trains to the harsh winds blowing off the Uyuni flats, the world’s largest salt plain. Today, though, the rusting, graffiti-covered hulks have become one of Uyuni’s attractions. (Photo by Javarman/Dreamstime)