15 Finalists Of The Art Of Building Architectural Photography 2016

The 15 finalists of this year’s Art of Building architectural photography competition have been selected from thousands of entries. Here we present the photos along with a comment from each photographer. The Art of Building contest is run by the Chartered Institute of Building. 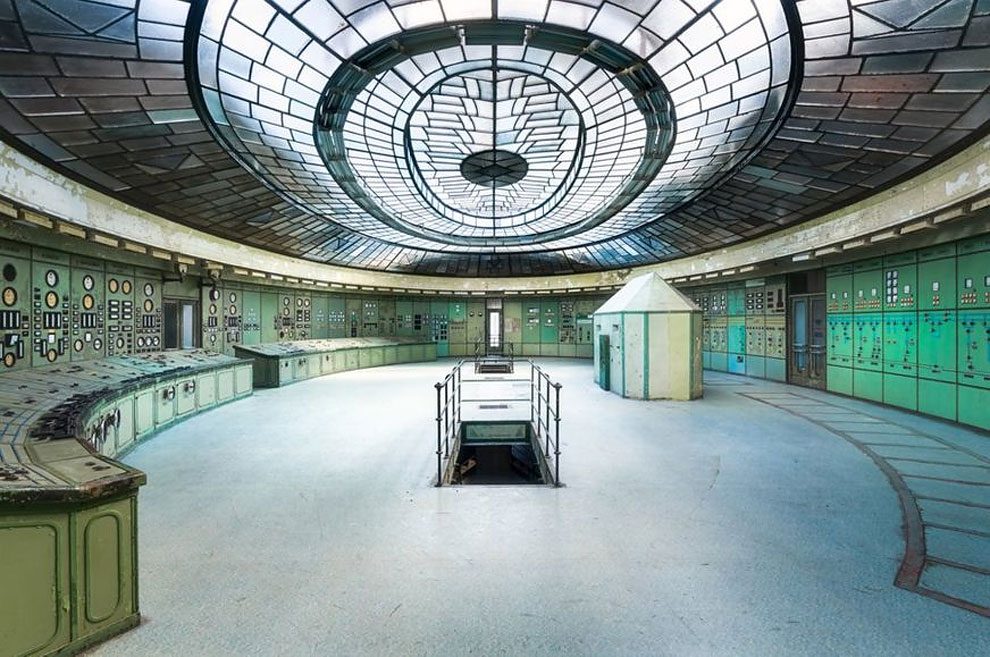 Roman Robroek: “This beautiful control room is one of a kind and built in a beautiful Art Deco style.” 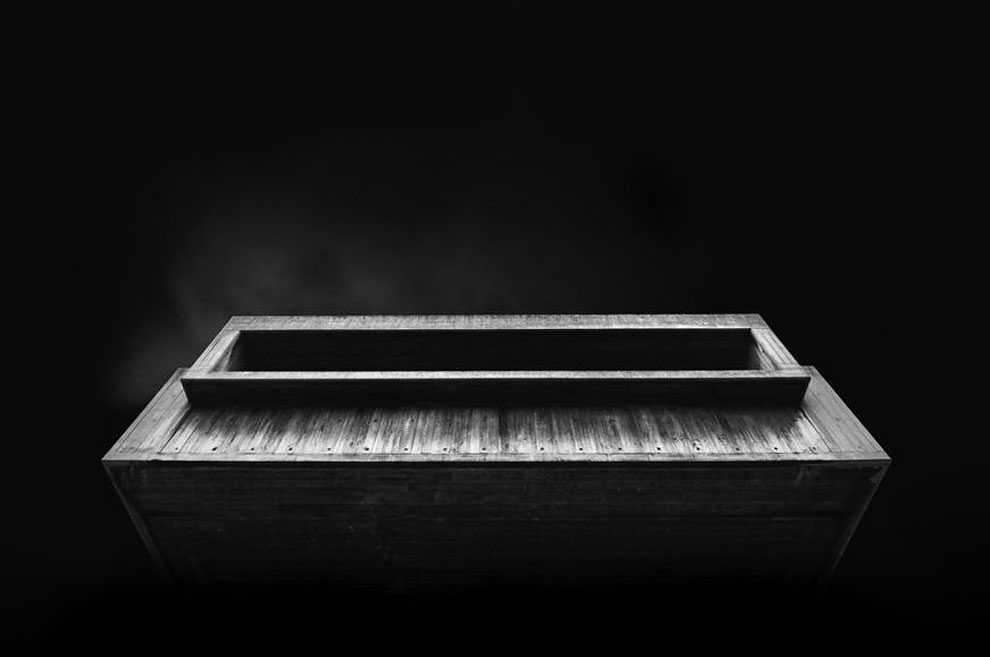 Jonathan Walland: “This is part of a series of photographs demonstrating how the absence of light can be used to divert the attention of the observer towards what the photographer intended to highlight.” 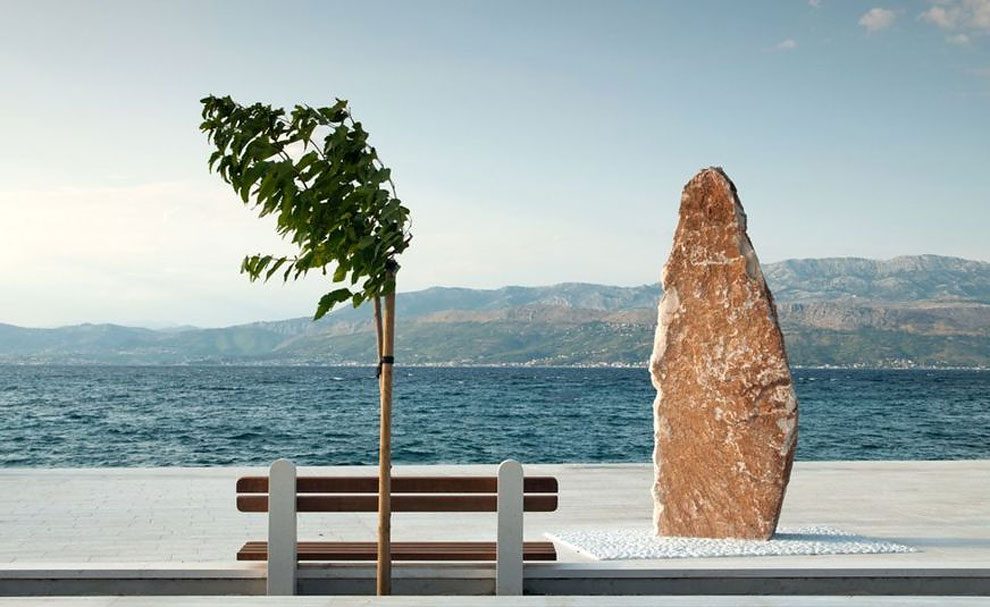 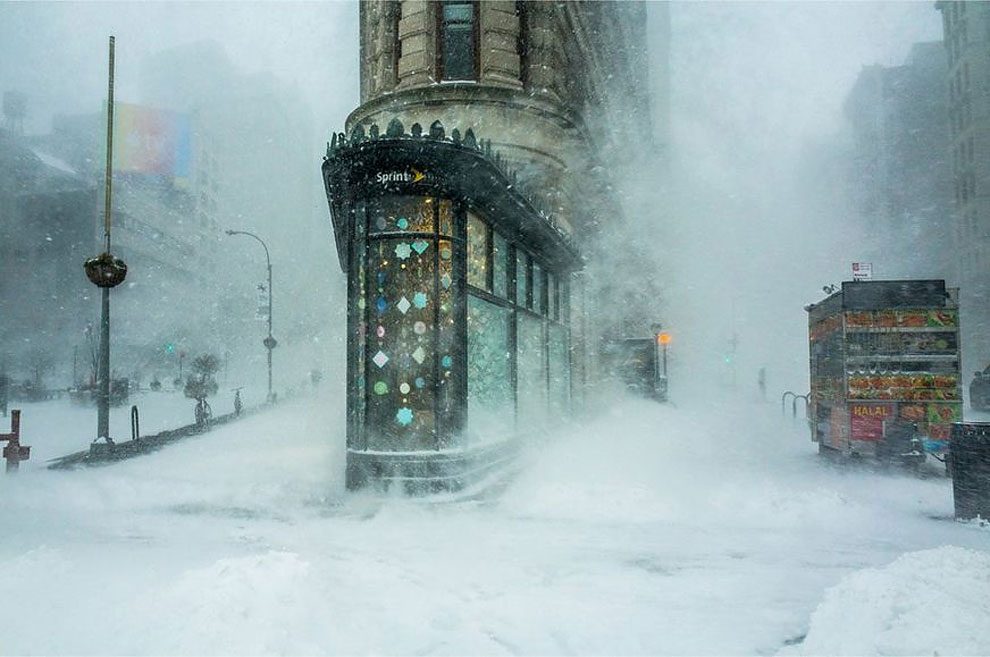 Michele Palazzo: “New York City’s iconic Flatiron building emerges from the blizzard, like the bow of a giant ship ploughing through the wind and the snow. Taken during the historic coastal storm, Jonas, on 23 January 2016, the photograph went viral during the aftermath of the storm.” 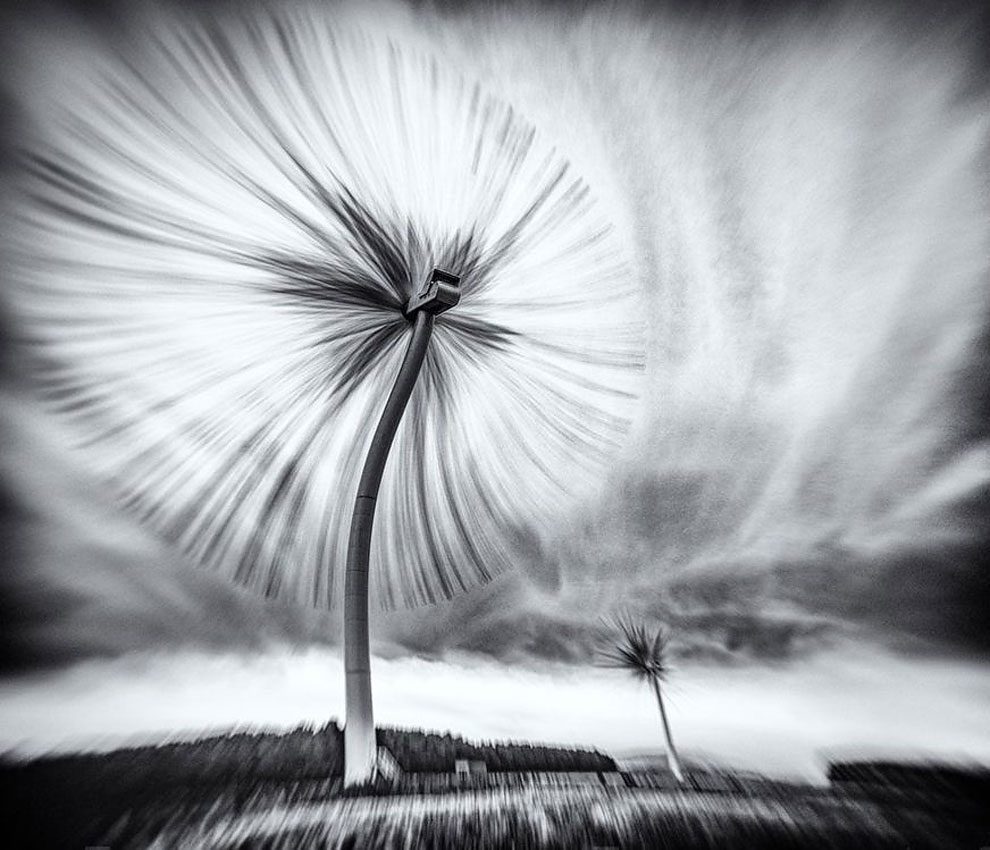 Derek Snee: “Imagine if we could use plants to harvest wind. Well, now we can. Ladies and gentlemen, girls and boys… the Turbo Dandelion Wind Farm.” 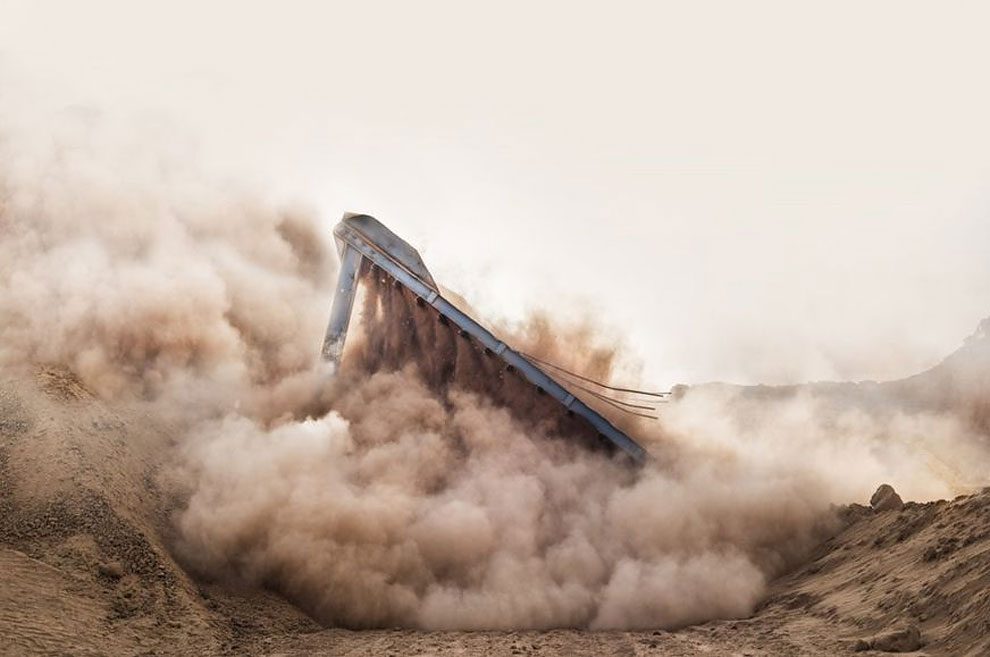 Barbara Rossi: “I took this photo of deconstruction – it shows transformation, action and beauty.” 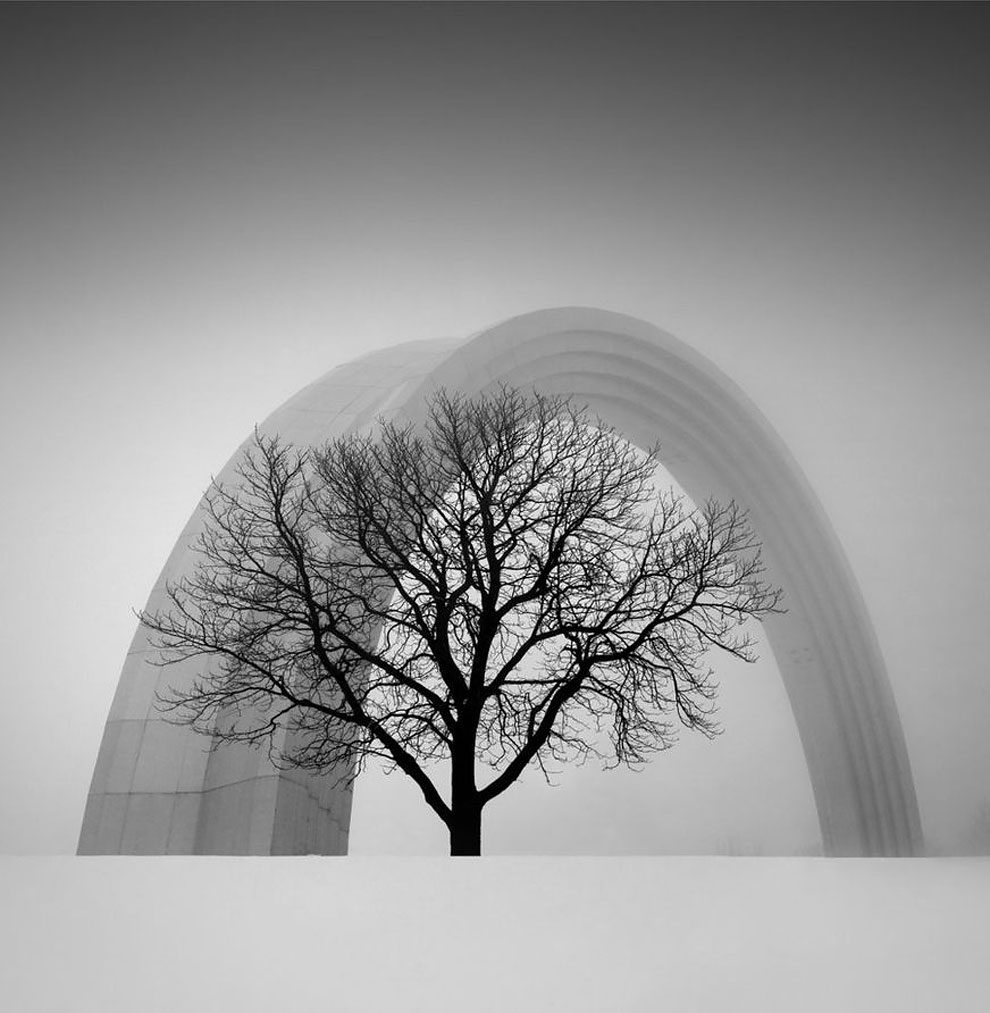 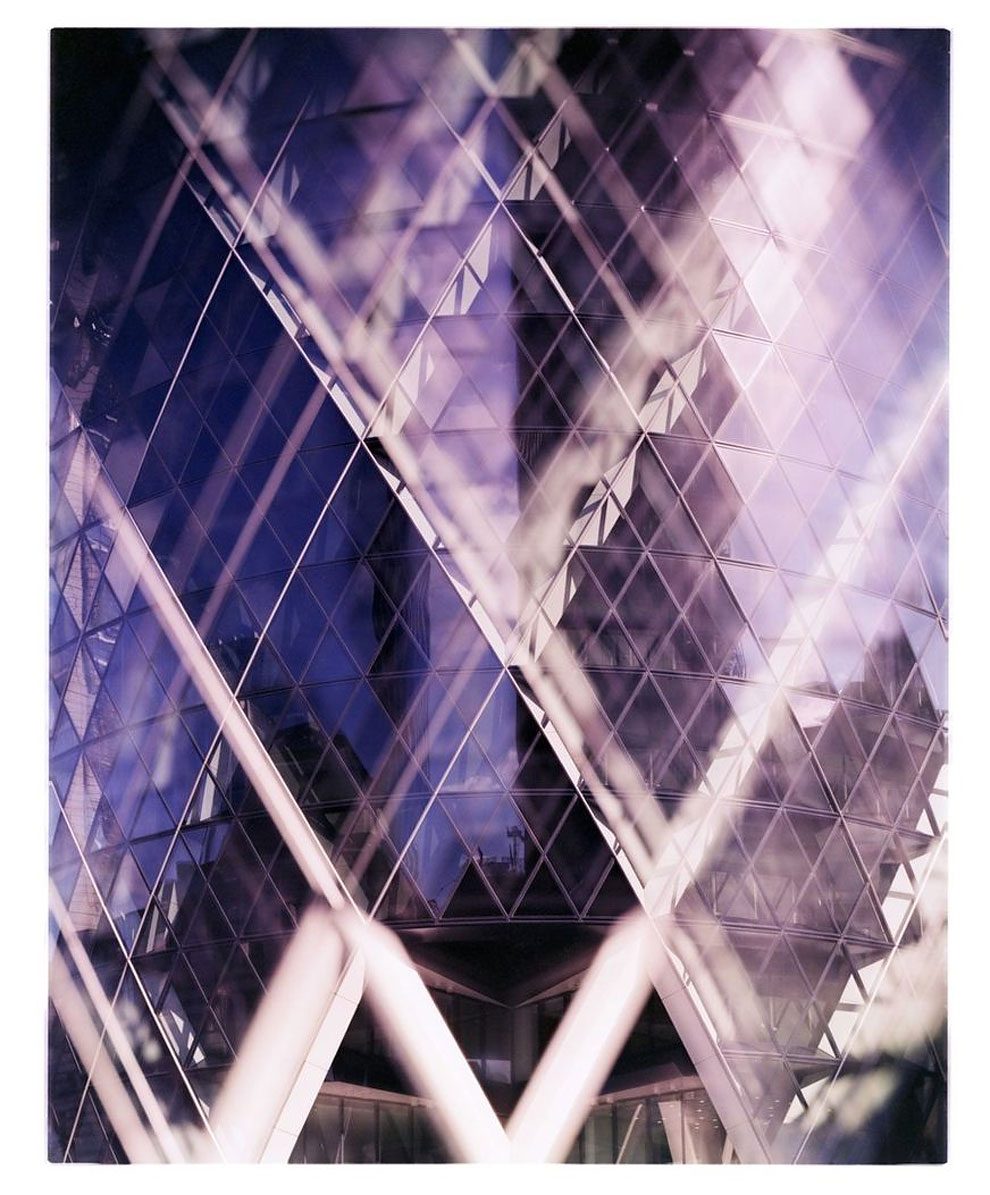 James Tarry: “This series is about looking past imperfections and ‘incorrect’ architectural photography techniques. The expired Kodak Ektachrome was developed in the ‘wrong’ chemicals to produce these big slabs of often other-worldly colour. These are flawed and hopefully challenging, just like some of the buildings themselves.” 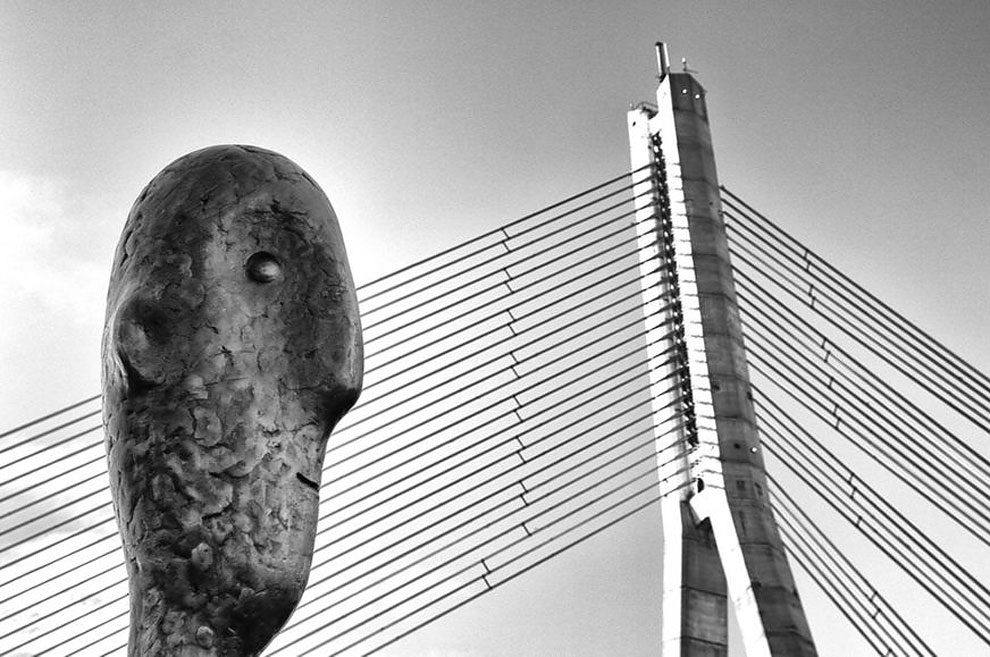 Oleg Dashkov: “Riga’s Tower Counter keeps his records during any season, rain or shine, wet or fine. Is he distracted by the beauty of the cable bridge, I wonder?” 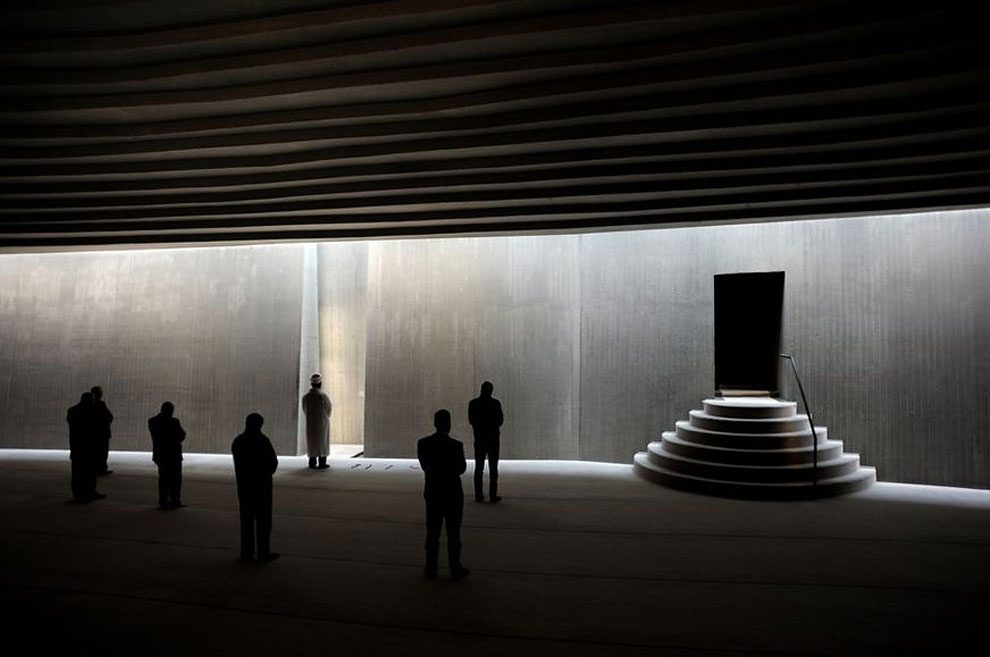 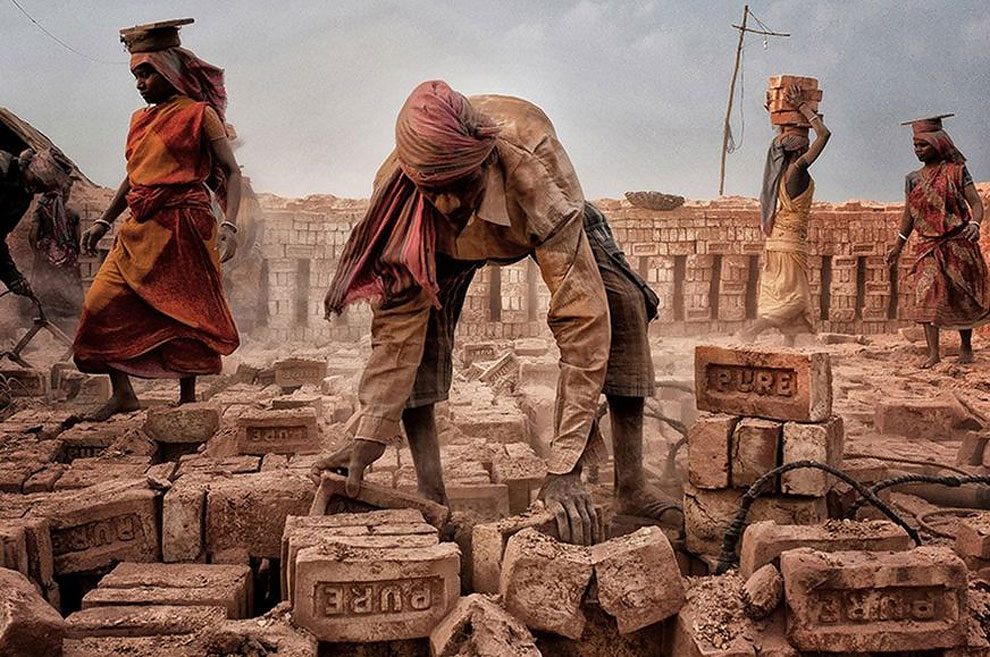 Shibasish Saha: “In this frame, men and women are working very hard to feed their individual families. Women forget their pain and work alongside the men in a brick field.” 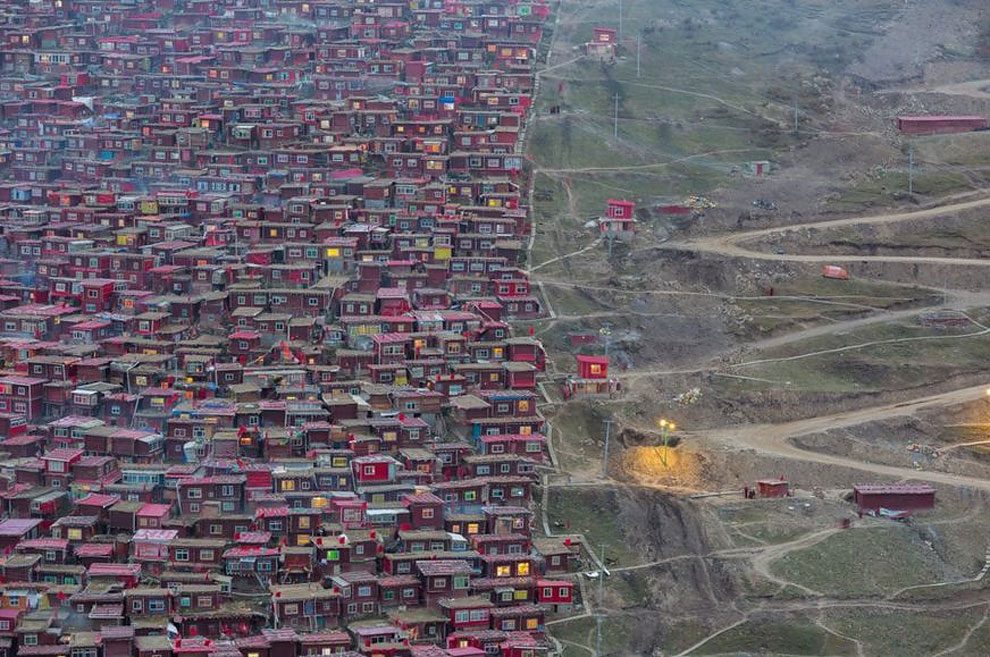 Marco Grassi: “Since June 2016, everything has changed in Larung Gar, but almost nobody knows. What before was the largest Buddhist settlement in the world, a remote place out of the modern society where nuns and monks led a passive life, is now being demolished by Chinese authorities.” 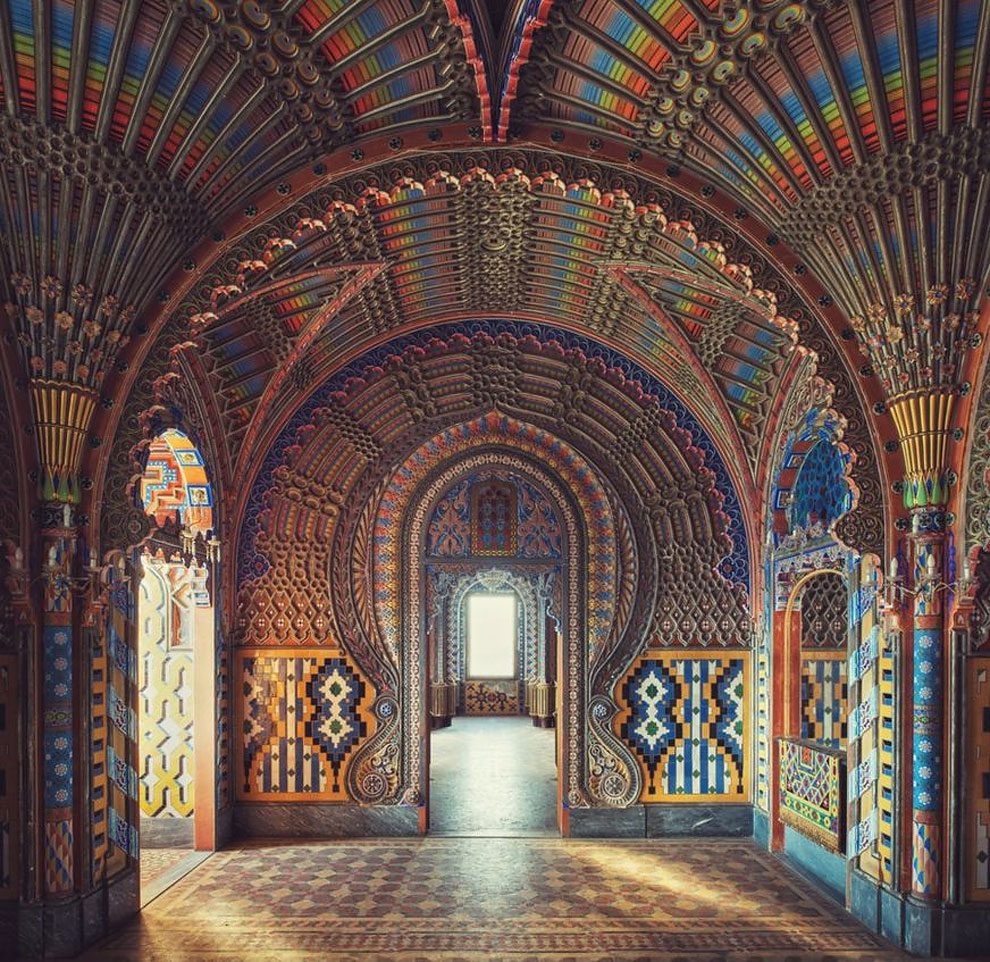 Gina Soden: “A fine example of Moorish architecture – but in a castle in Italy. These rooms were all hand designed and painted by one man who had a vision to build this beautiful castle and open it as a hotel.” 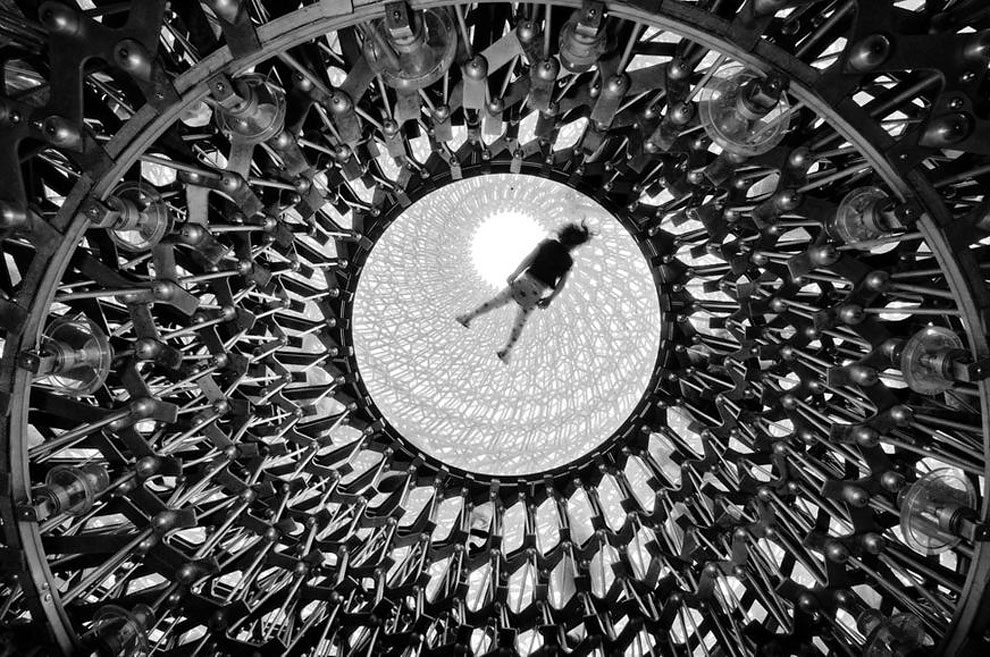 Naf Selmani: “The Hive – Kew Gardens – a spectacular new bee-inspired sculpture seen from below, as one of the visitors lays on the top glass floor to pose for pictures. This multi-sensory experience integrates art, science and landscape architecture.” 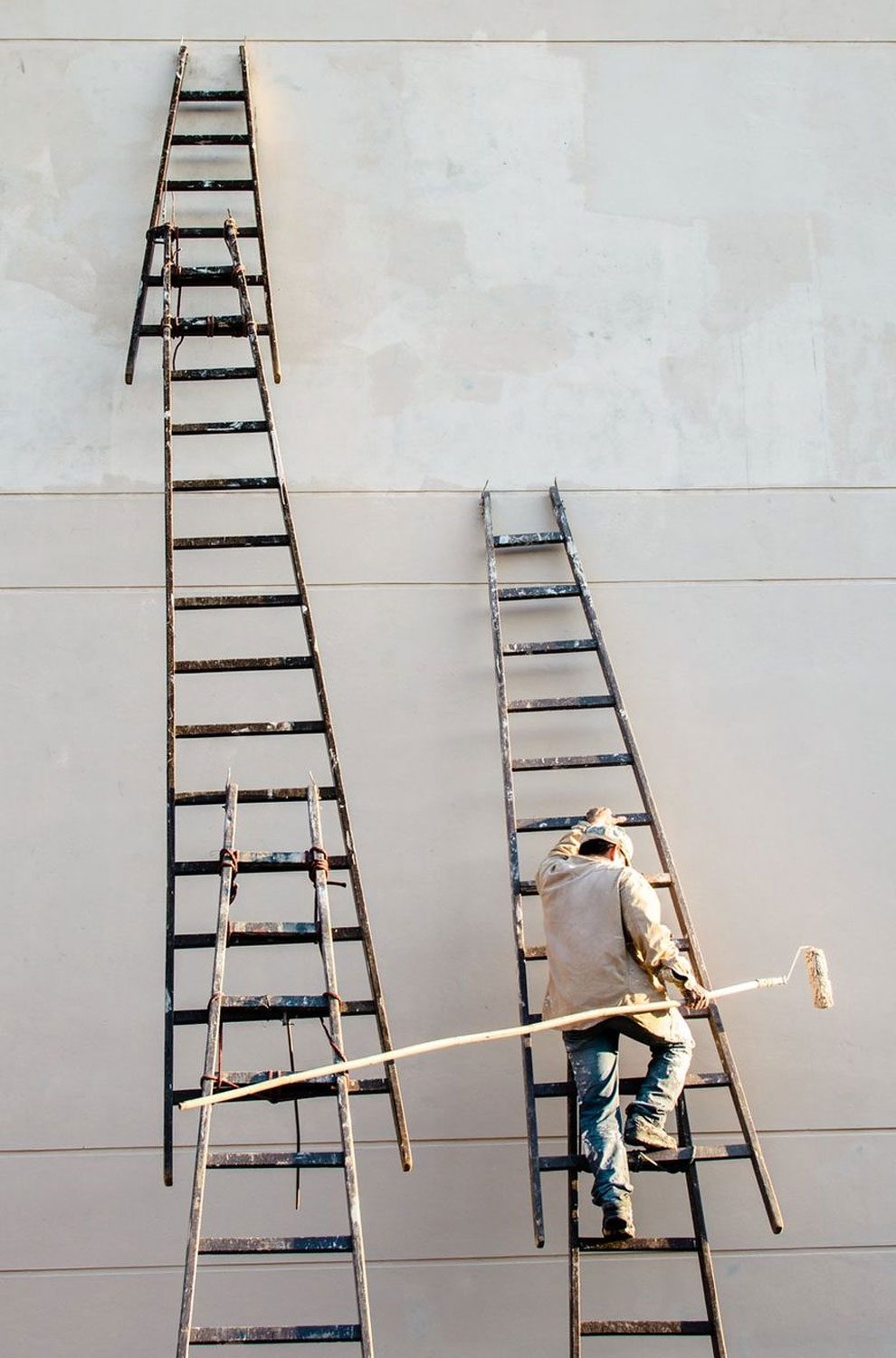 Enrique Gimenez-Velilla: “This photo seeks to pay homage to all the clever unknown workers that still build and maintain built infrastructure in the developing world.”