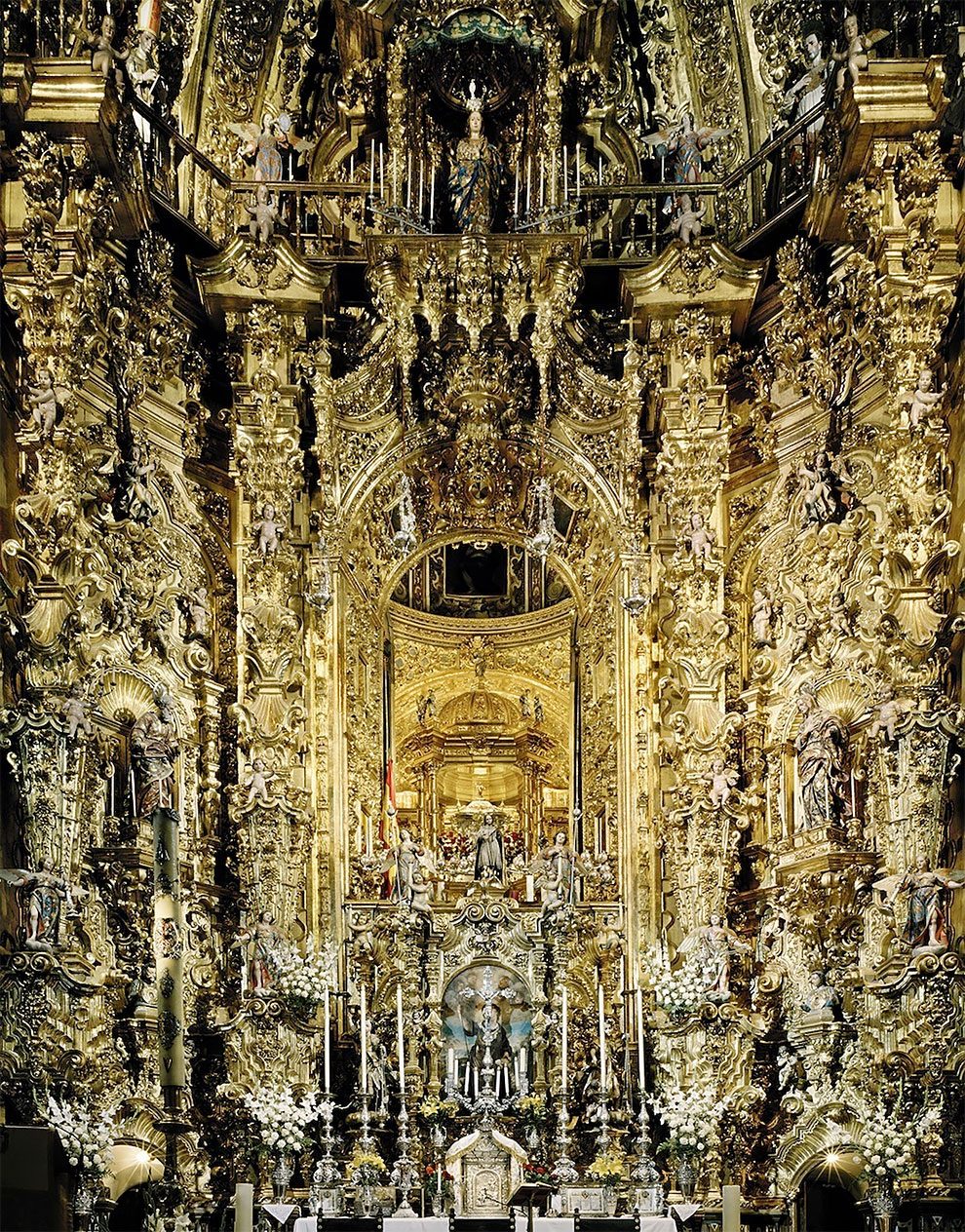 Looking at the gorgeous, dramatic images of Baroque churches in Cyril Porchet’s series, “Seduction,” you might mistake the photographer for a religious man. But Porchet is more interested in the power the photos represent than the religious ideology. His intention was to explore the seductive power of display. What is extraordinary is how much you lose all sense of perspective and depth, such is the overabundance of detail. I like how the odd feature confuses all the more; like the red rope of the ornamental light in the image below for instance which neatly splices the image in half. I could pore over these for hours and hours. 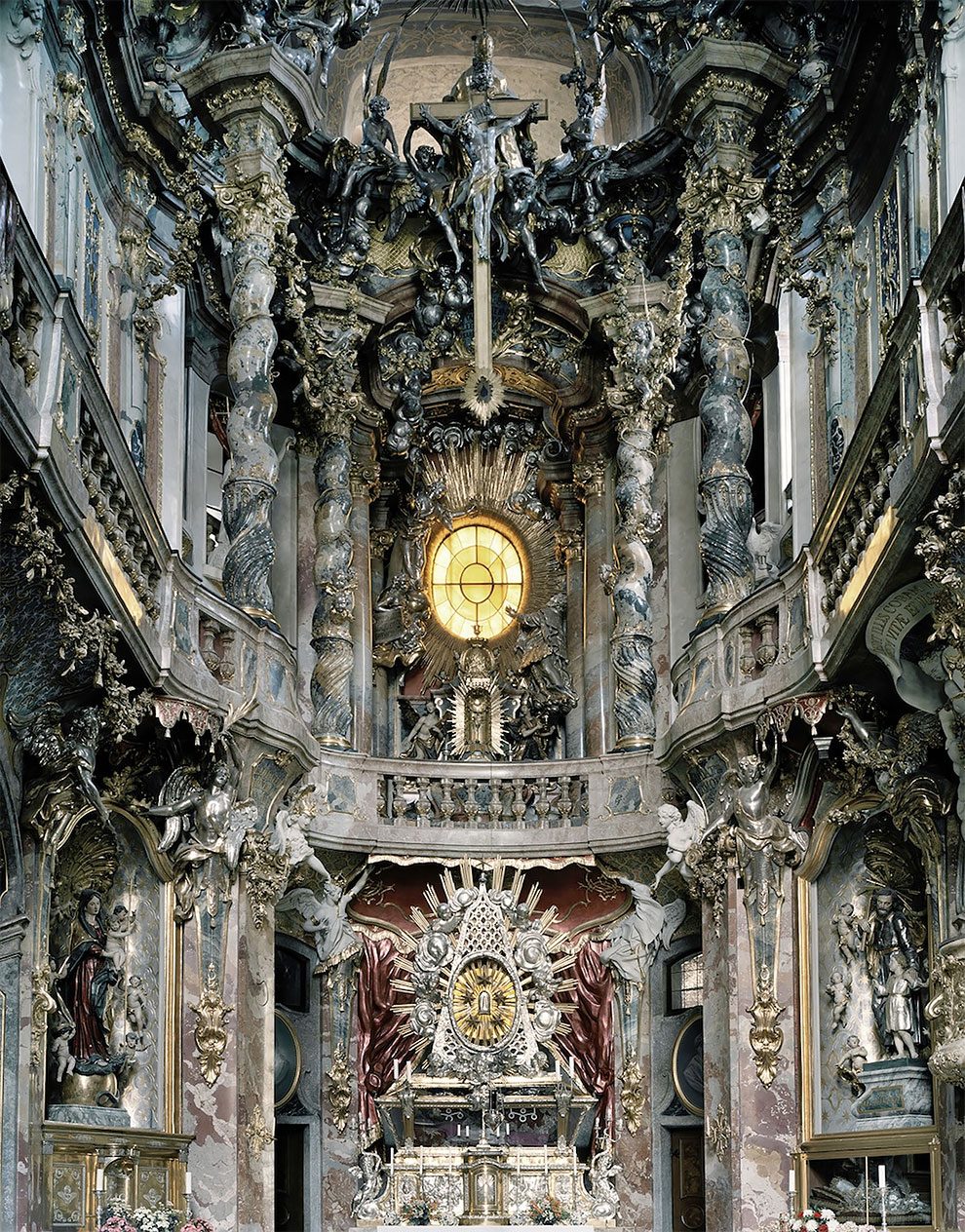 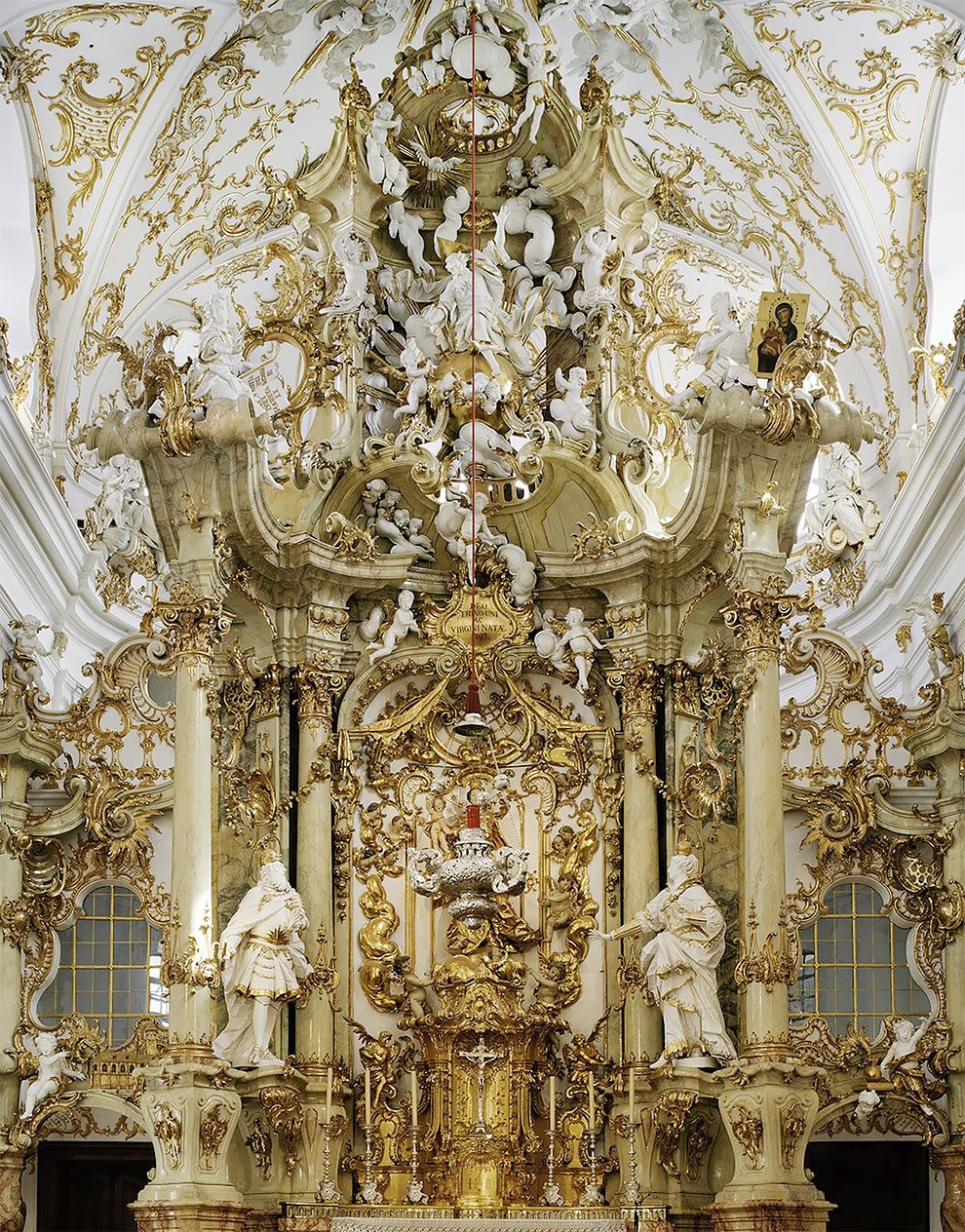 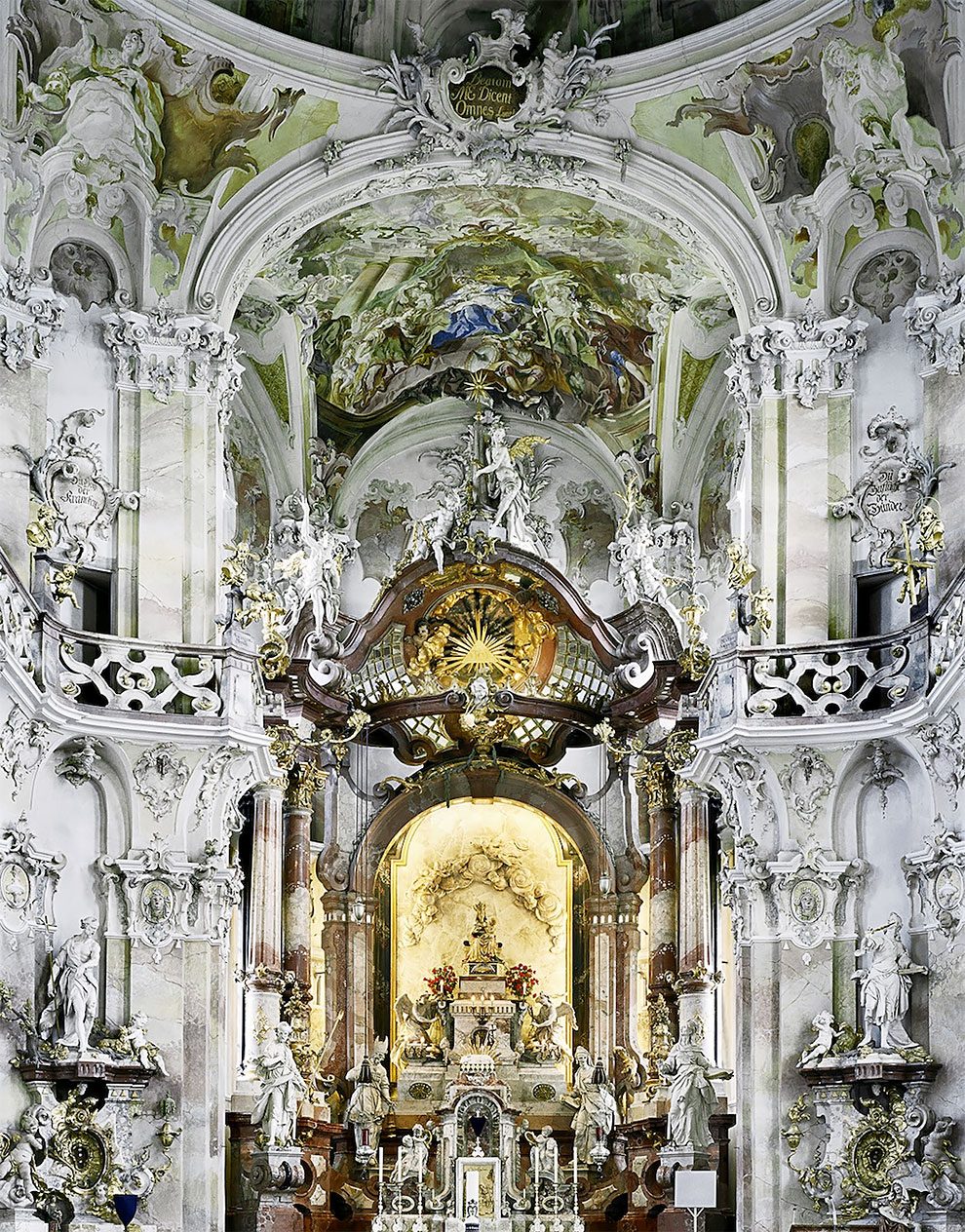 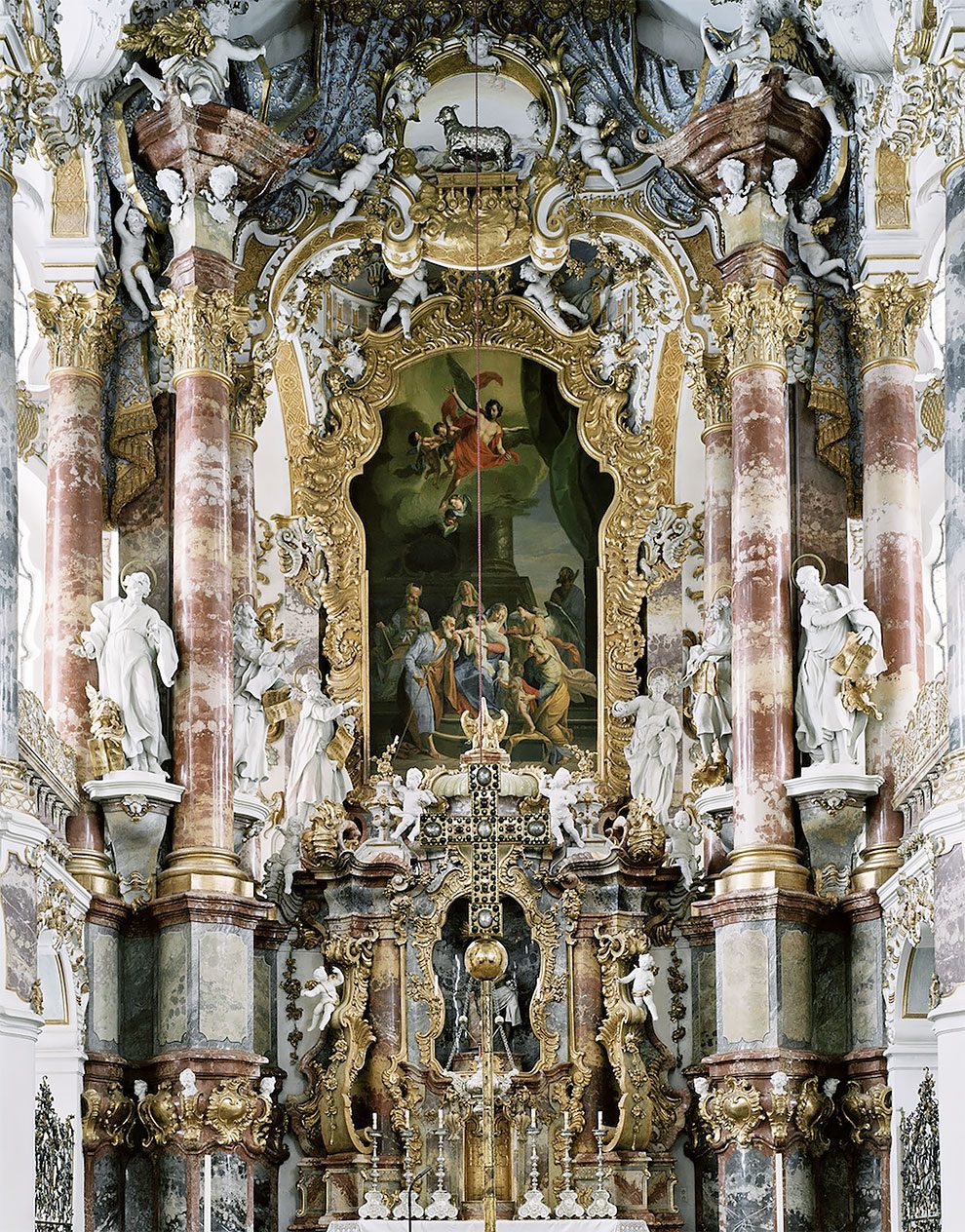 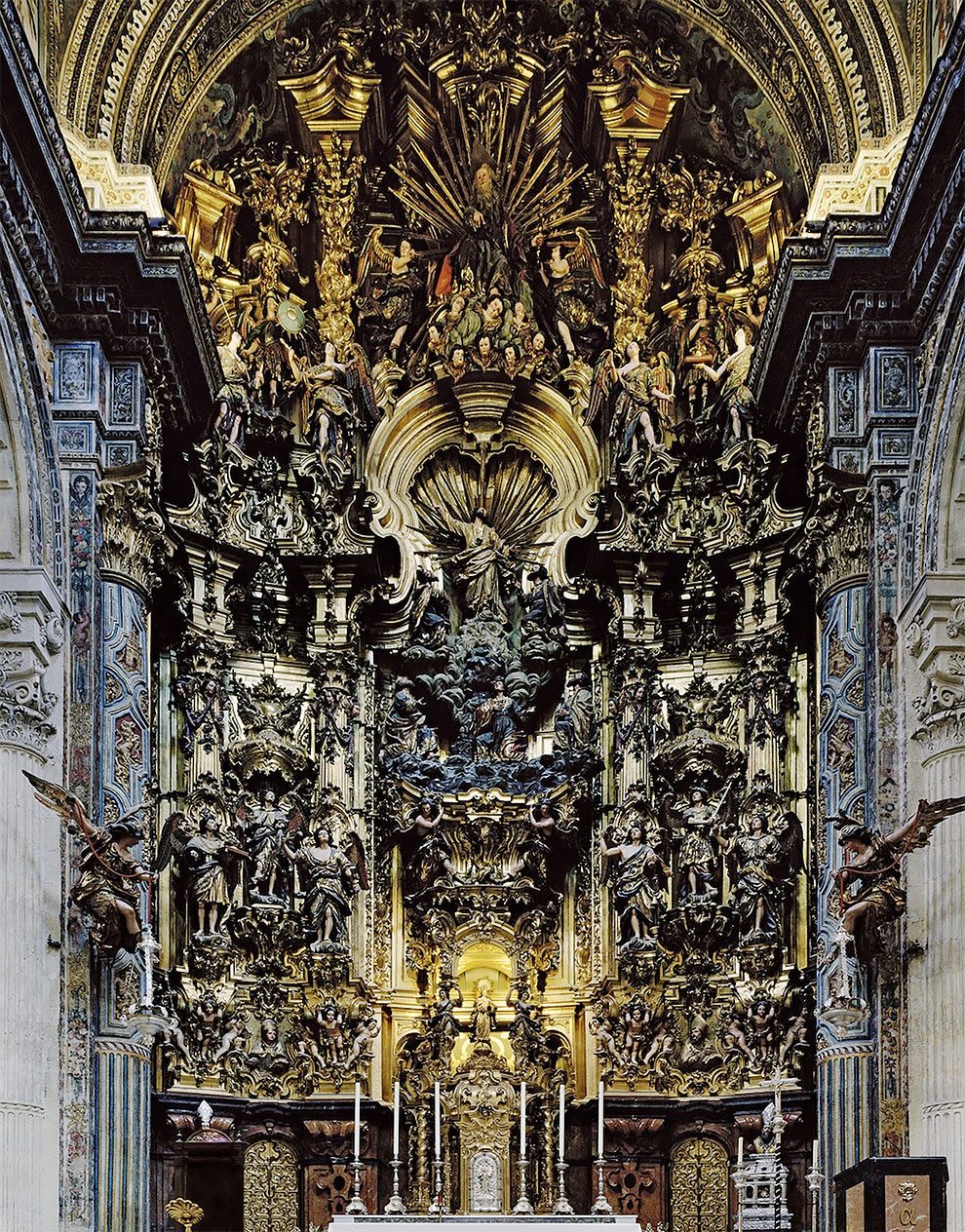 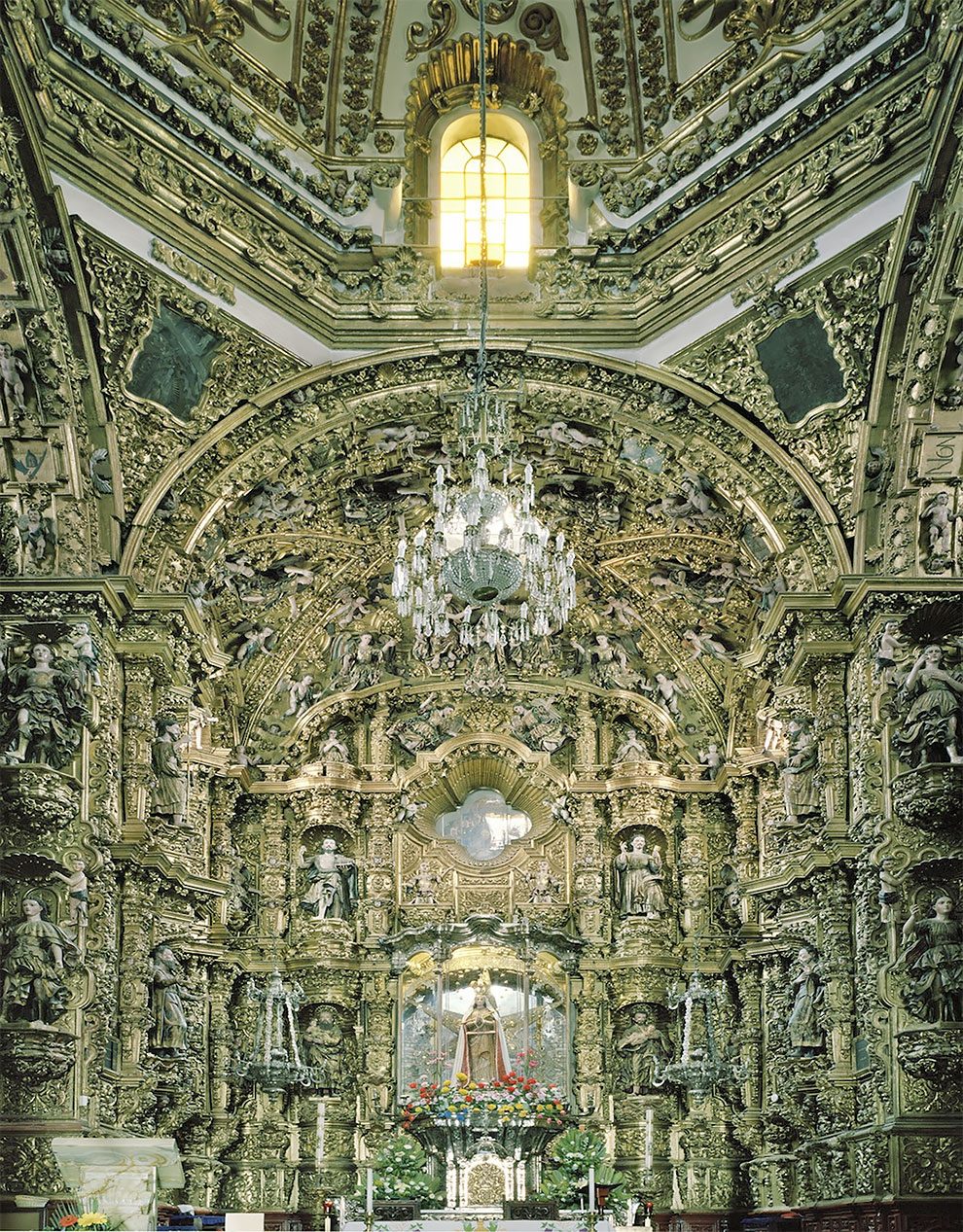 Basilica of Our Lady of Ocotlan, Tlaxcala, Mexico. 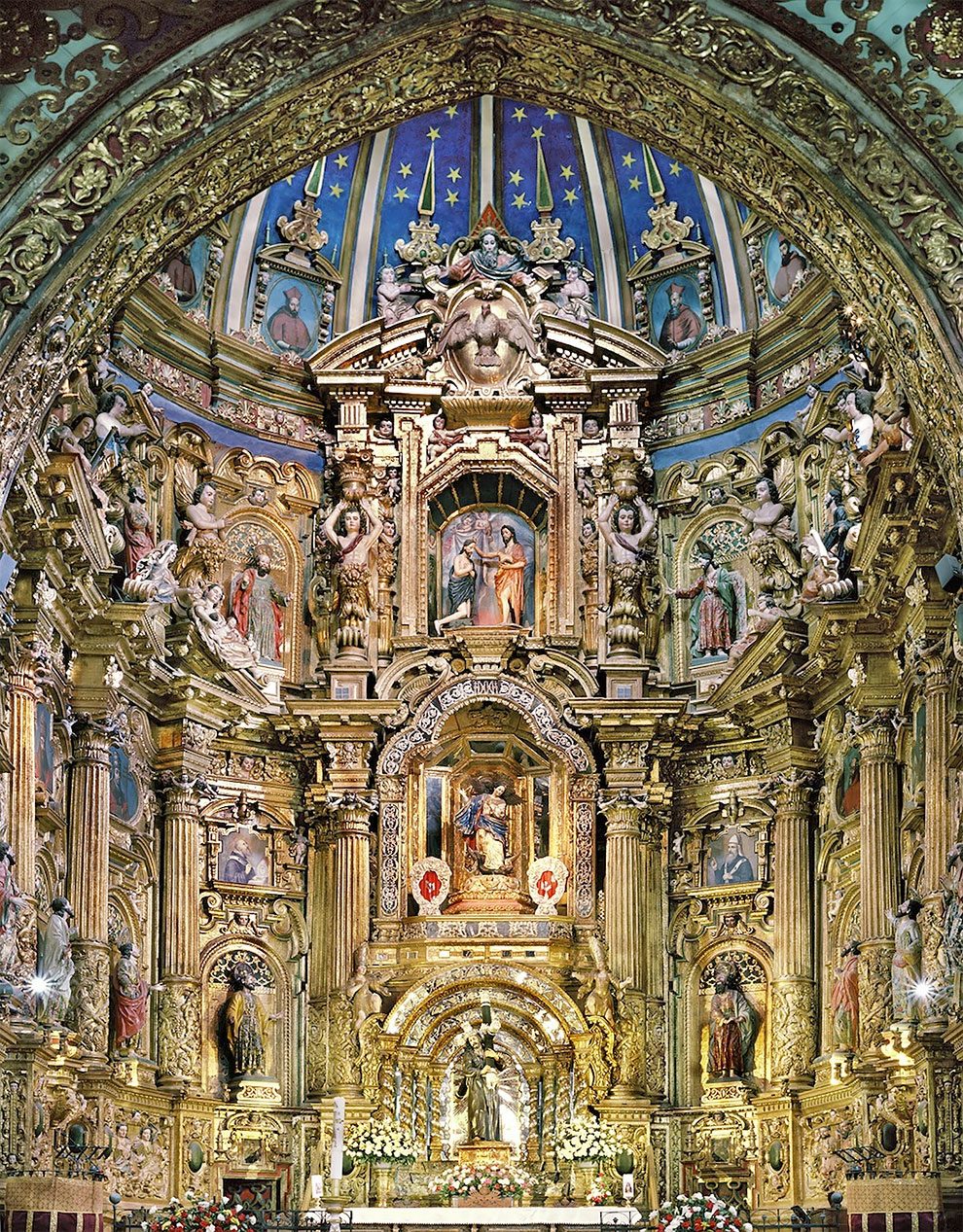 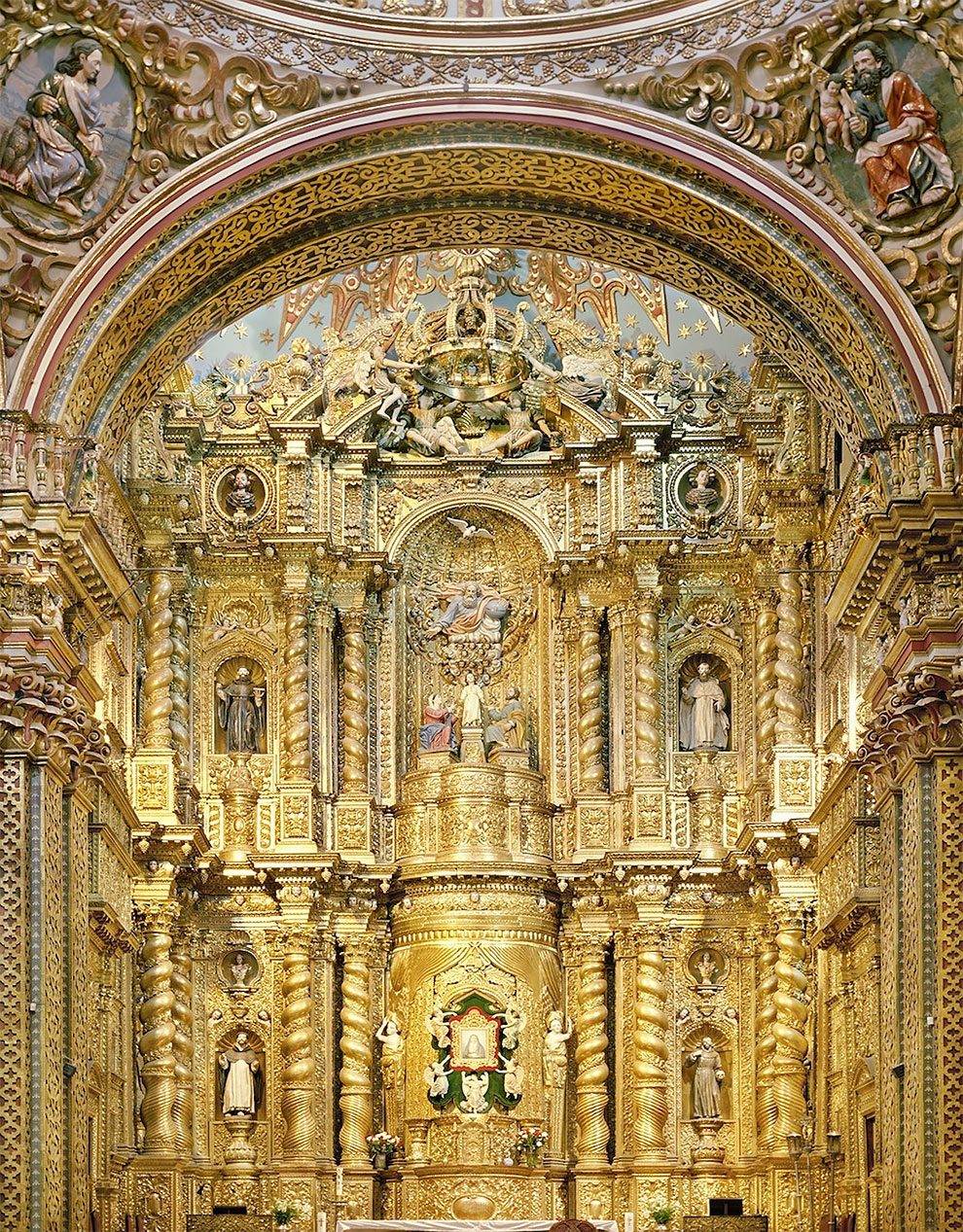 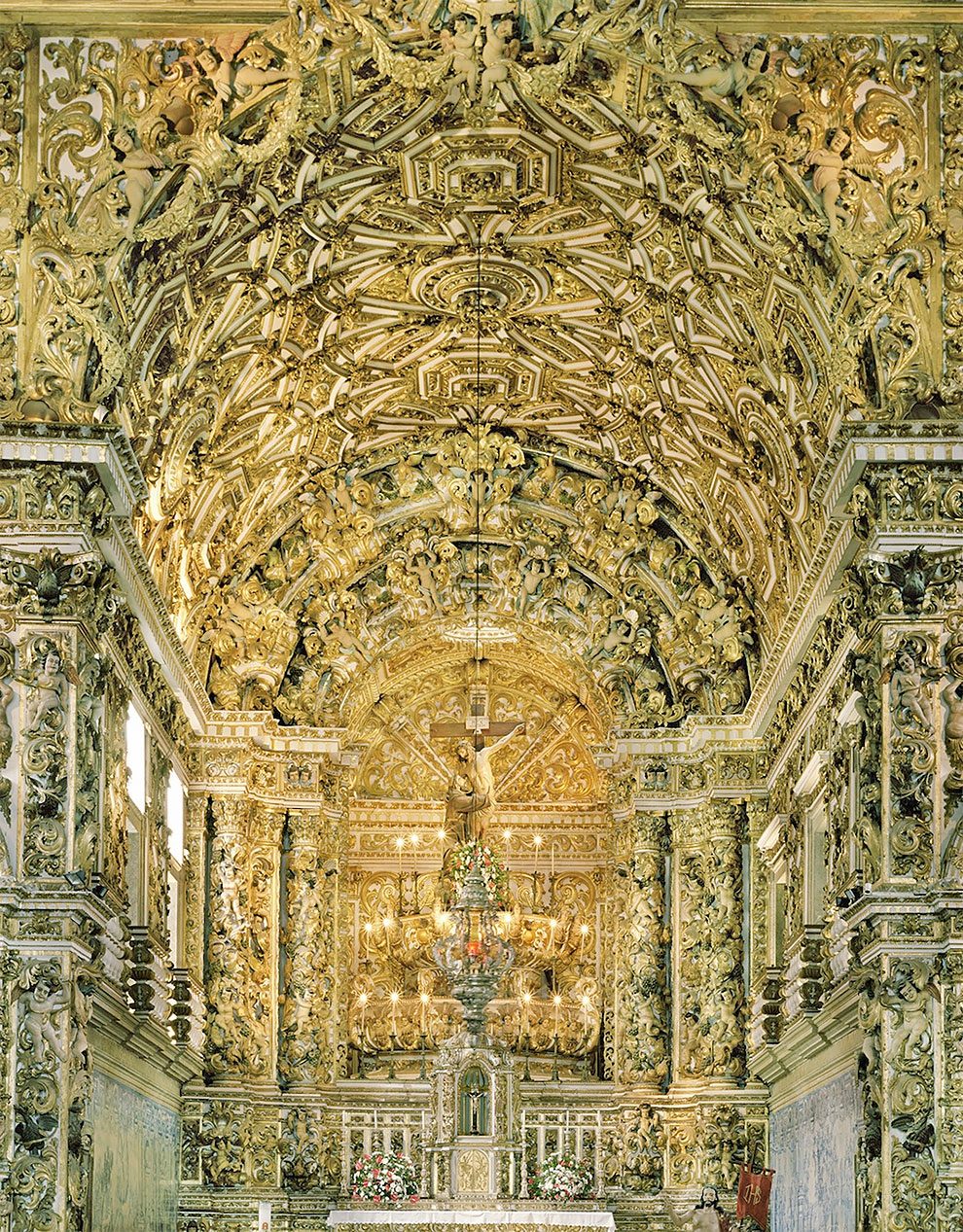 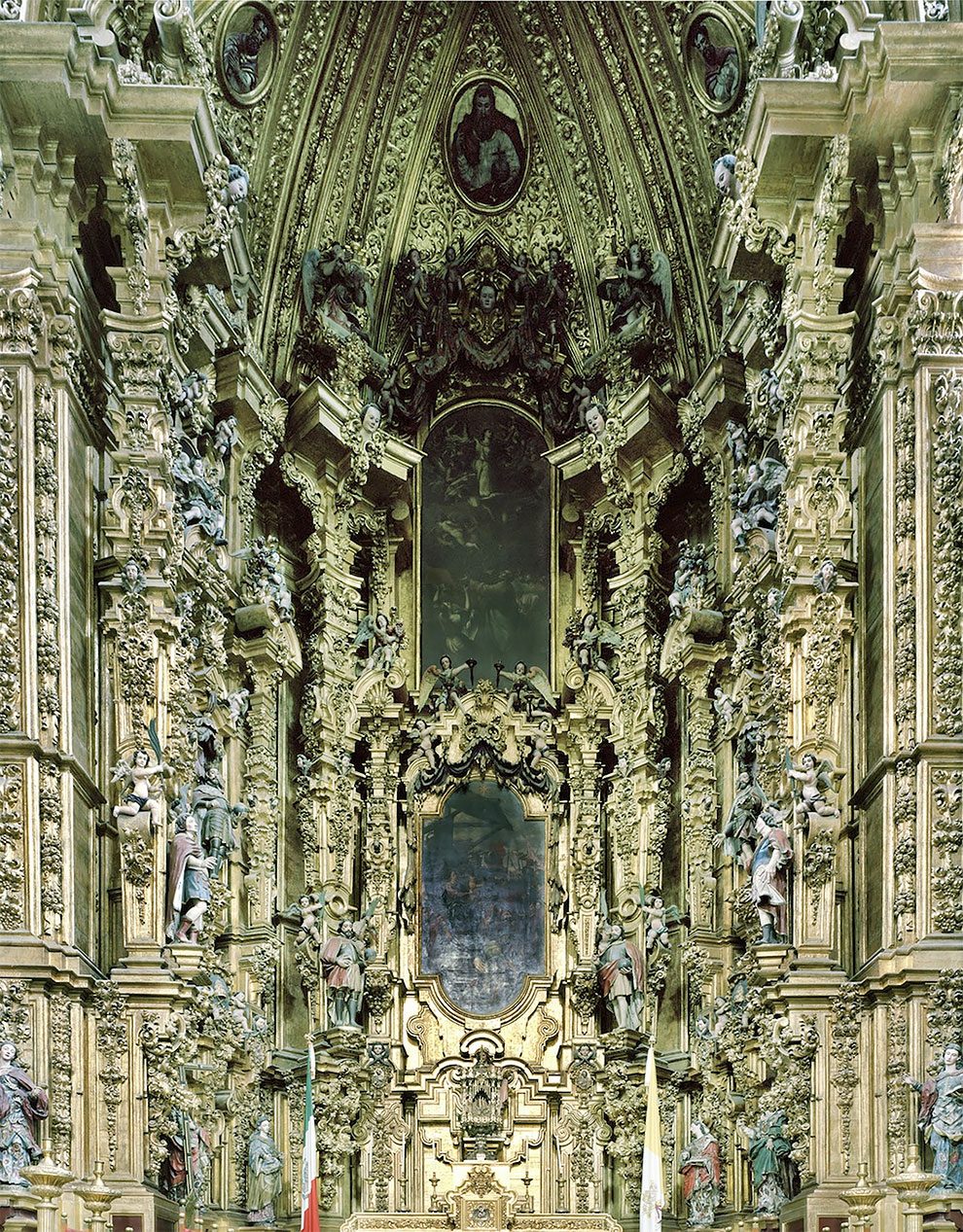