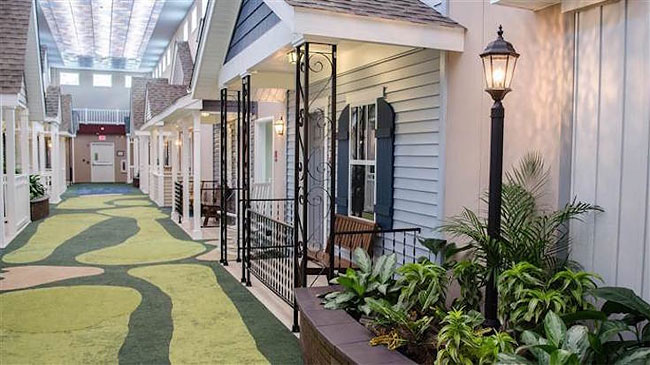 Check this out: after a user on Reddit posted a photo of an assisted living facility “designed to look like a golf course community,” the internet ate it up. 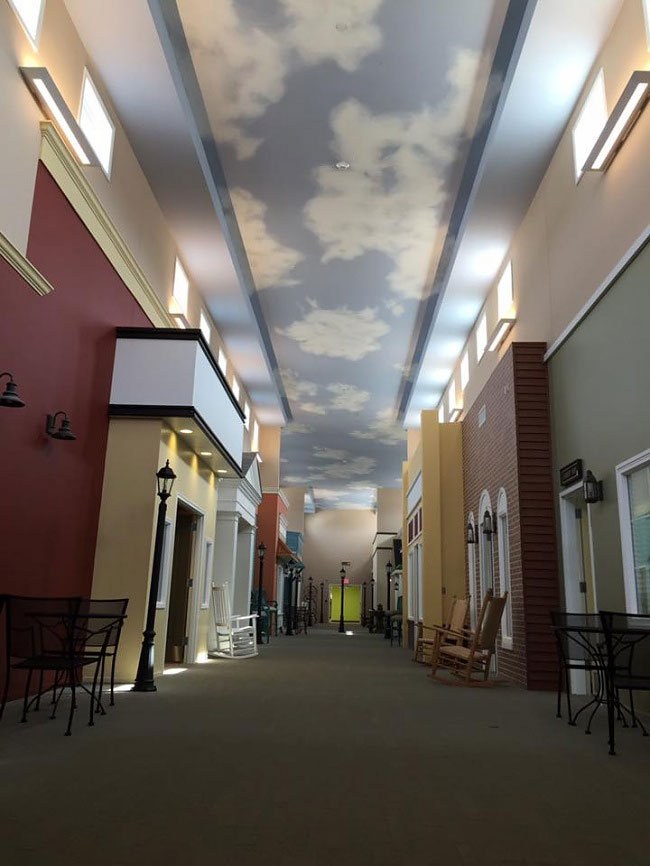 The facility is Lantern of Chagrin Valley in Chagrin Falls, Ohio. It is one of three facilities designed specifically to improve the quality of life for Alzheimer’s and dementia patients. The hallways are carpeted green to look like grass. The interior courtyards and corridors have been built to resemble houses with front porches overlooking a golf course. A sound system plays the sounds of birds chirping. Fiber optics in a “sky ceiling” mimic daytime and nighttime. Those who suffer from Alzheimer’s tend to retain memories from their younger years, so the facility serves as a time capsule for these seniors, many of whom grew up during the 1930s and 1940s. 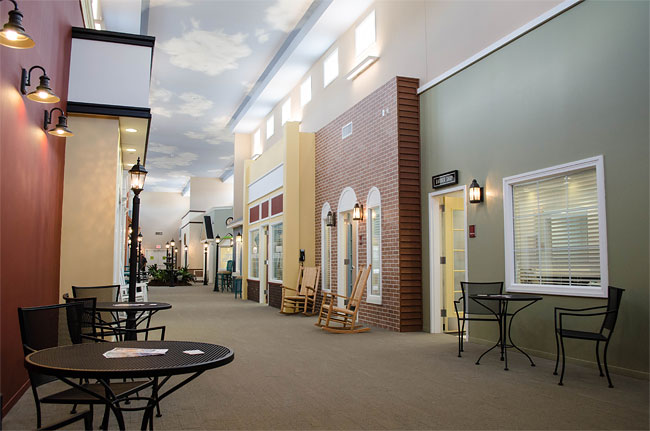 Lantern’s design concept is part of a program provided by Svayus. Lantern CEO and occupational therapist, Jean Makesh, developed the program in 2007, but did not get investors on board until 2010. They encouraged him, he says, “to take a risk.” 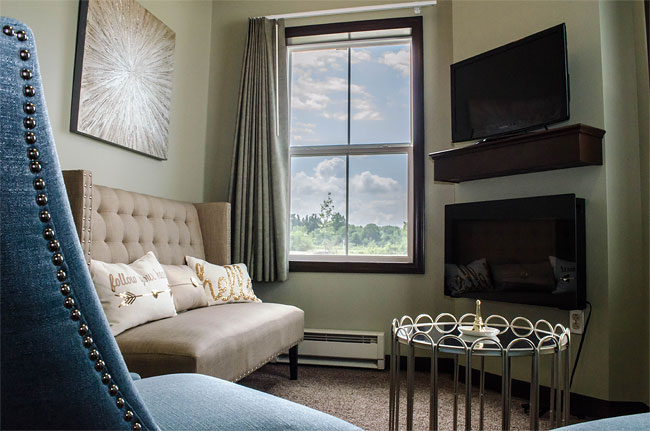 Makesh says that controlled environments reduce incidences of anger, irritation and depression in dementia patients: “Every little thing you see, the wall color, the paint, actually has a therapeutic benefit, a therapeutic value.” 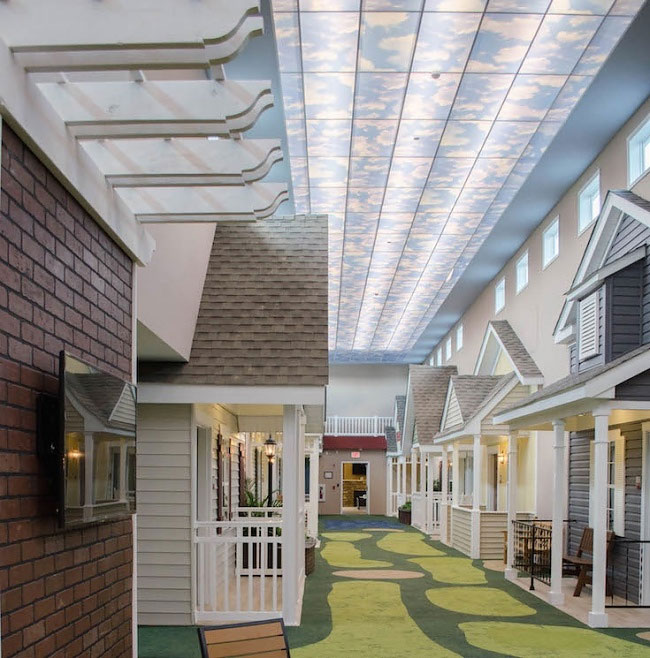 According to the Center for Disease Control and Prevention, 5 million Americans lived with Alzheimer’s Disease in 2013. The number is expected to grow nearly three times this amount by 2050. 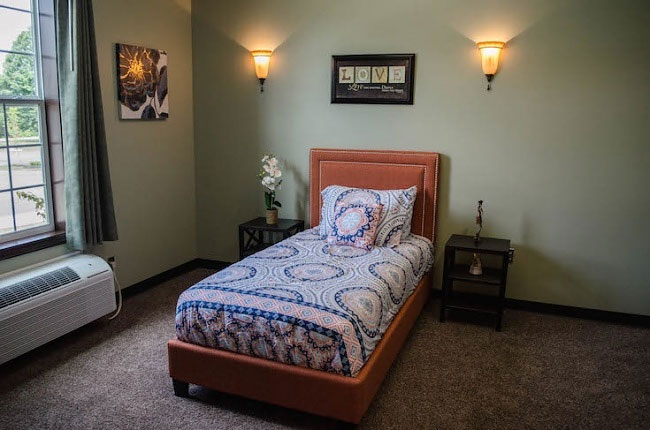 "Field Of Light": Bruce Munro Creates Fantastic Lighting Installations Across The Urban Landscapes
Stunning See-through Church Is Made From Stacked Weathered Steel
Inverted Solo House Pyramid By TNA Architects
This Bizarre Japanese Temple Looks Like A Fallen Intergalactic Starship
Artist Jocelyn Teo Creates A Tiny Food You Can't Eat
Graphic Designers Remade Old Buildings Around The World By Using Trends Of The 21st Century
Wood Sculptor Creates Sculpture Of A Submerged Man With A Pixelated Glitch
This Russian Guy Creates Dark Surrealist Art And It Will Give You Nightmares
Studio Allergutendinge’s Soul Box is a Portable Retreat for ‘Glamping’ in Nature
The Incredible 'Unbalanced Hotel' to be Built into the Side of a Cliff in Peru
Shopping Mall Interior by Agence Search
This Tiny House Has A Strange Roof But The Reason Is Genius!
This Artist Creates Gorgeous Silk Dragon Scarves
Beautiful Abandoned Fairy Tale House as the Quintessence of What's Going On
A Built-In Dog Bed Was Created In This Living Room Wall
Window of the World: Europe Made in China
Pastry Chef Iven Kawi Creates Amazing Terrarium And Flower Cakes
Presence in Hormuz 2: A Multitude of Small-Scale Domes Built with The Superadobe Technique by ZAV Architects
An Abandoned Indonesian Church Shaped Like a Massive Clucking Chicken
Digital Artist Simeon Dukov Visuals Creates Breathtaking Dreamy Space Arts
The Tiny Home Built from Scratch for $11,000
Artist Creates Surreal Translucent Glass Sculptures Inspired By Cell Division
Artist Creates Beautiful Paintings Based On Vintage Images To Merge The Past And Present
Epic Stair Design Fails That May Result In Some Serious Injuries
alzheimer, assisted, creates, facility, living, residents