An exterior view of some boarded up windows at Rauceby, an abandoned mental asylum in Lincolnshire, UK. These haunting photos show the collapsing remains of a derelict mental asylum. The pictures show the ruined former hospital building and chapel, now covered in dust and graffiti. Few signs remain that reveal the site as a former home of mentally ill adults and children. 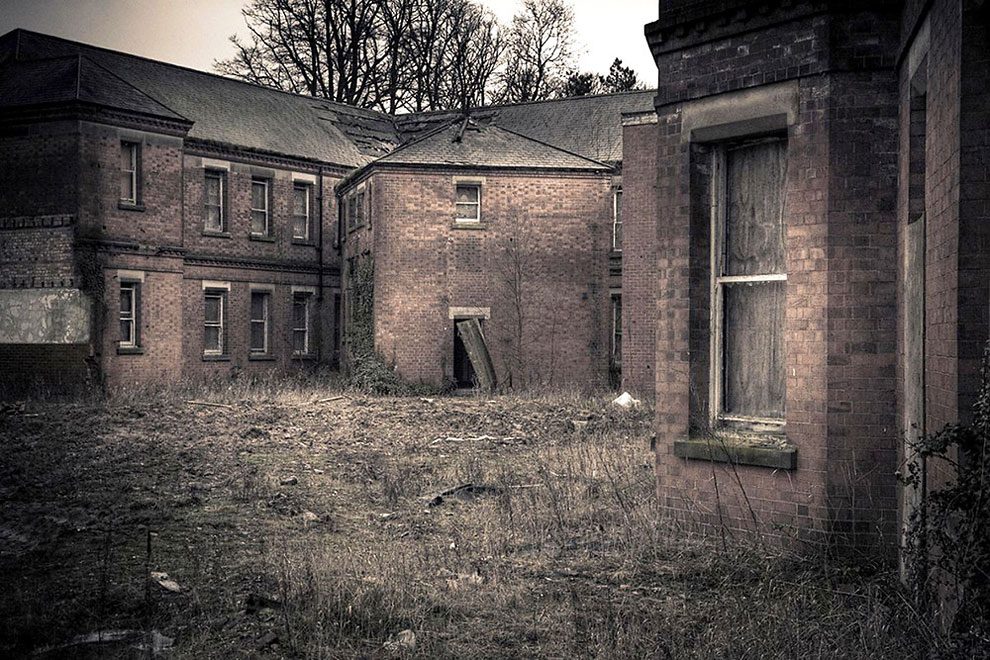 There is only one medical bed, and one bathroom with three broken stalls. Outside, a single tractor tyre from the asylums farm site lies across an almost-hidden path that used to lead to the entrance. Photographer Simon Robson visited Rauceby to explore and snap the hospitals eerie remains. Lincolnshires Rauceby Asylum was founded in 1897 and served primarily as a mental hospital for over a century, finally closing its doors in 1998. 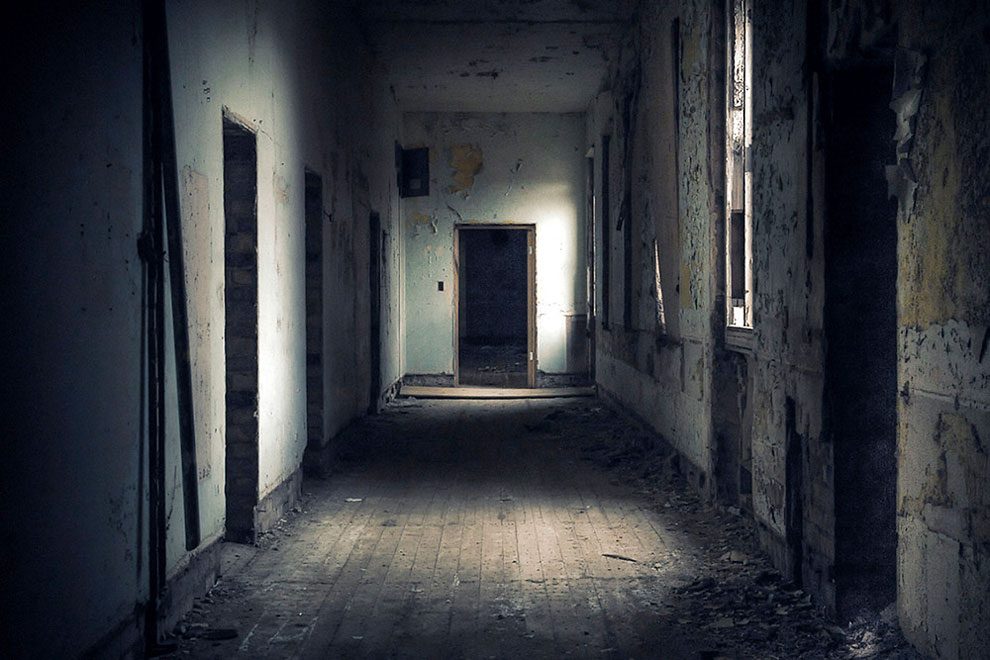 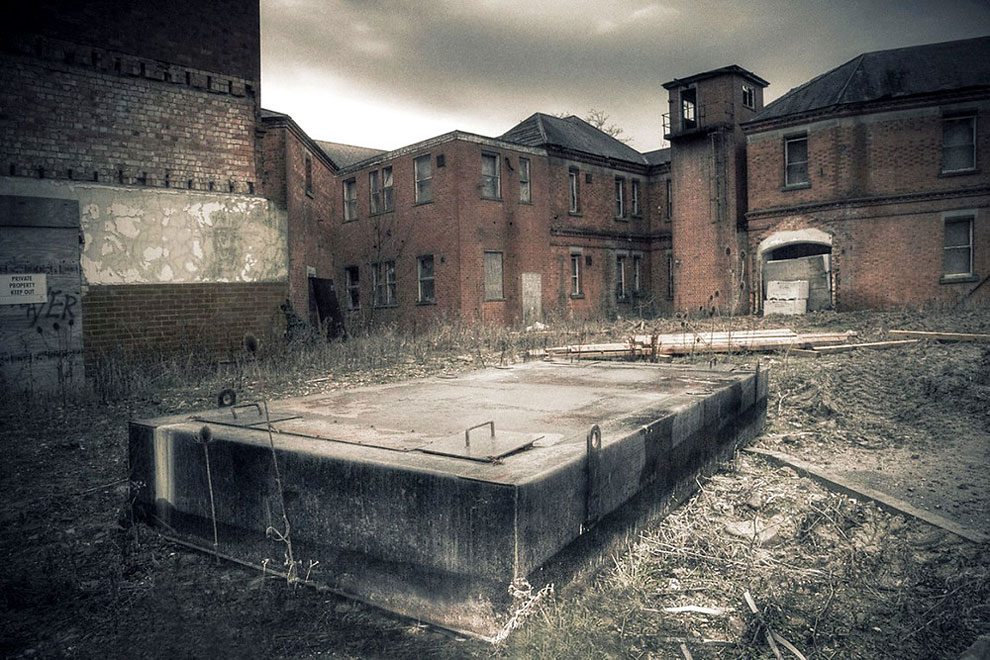 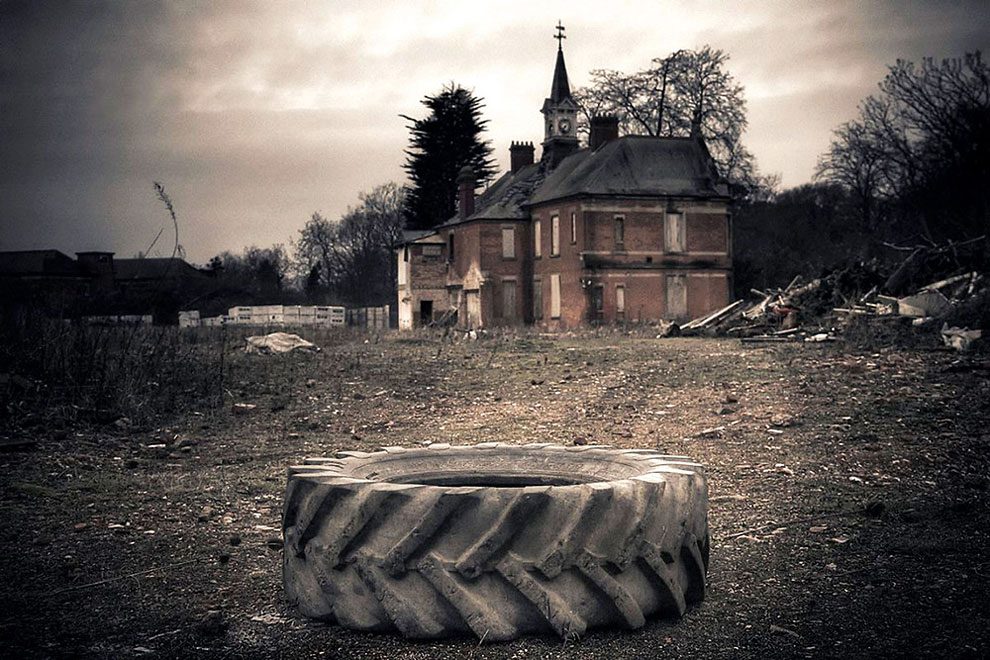 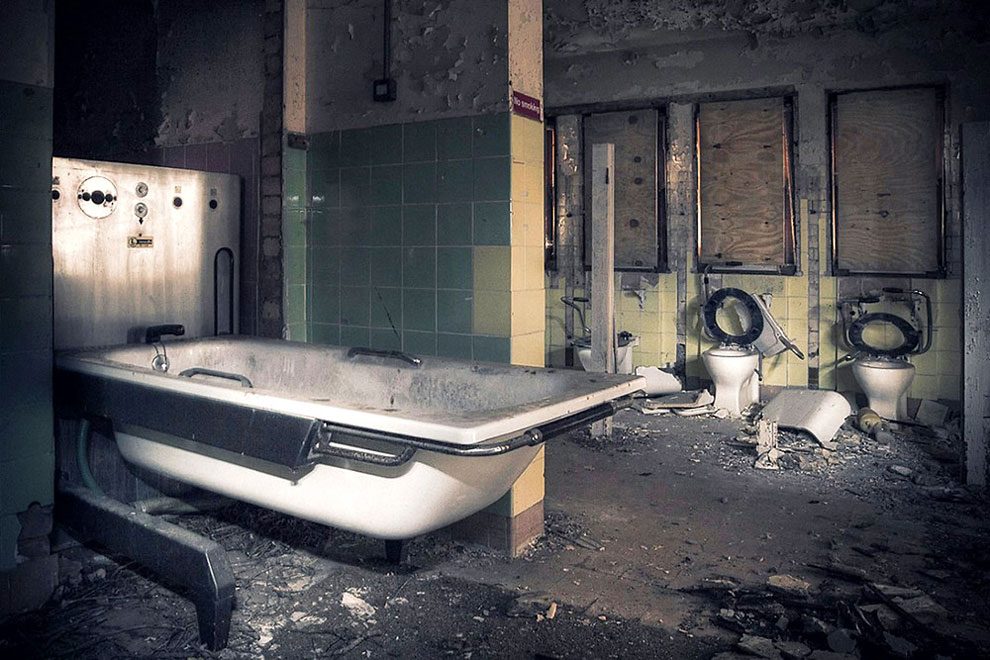 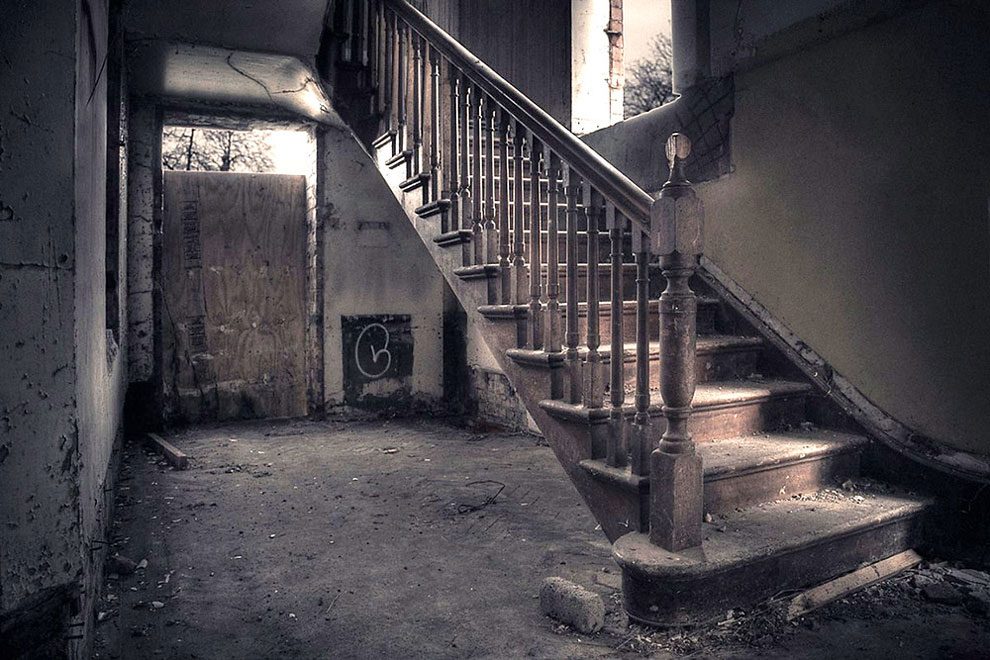 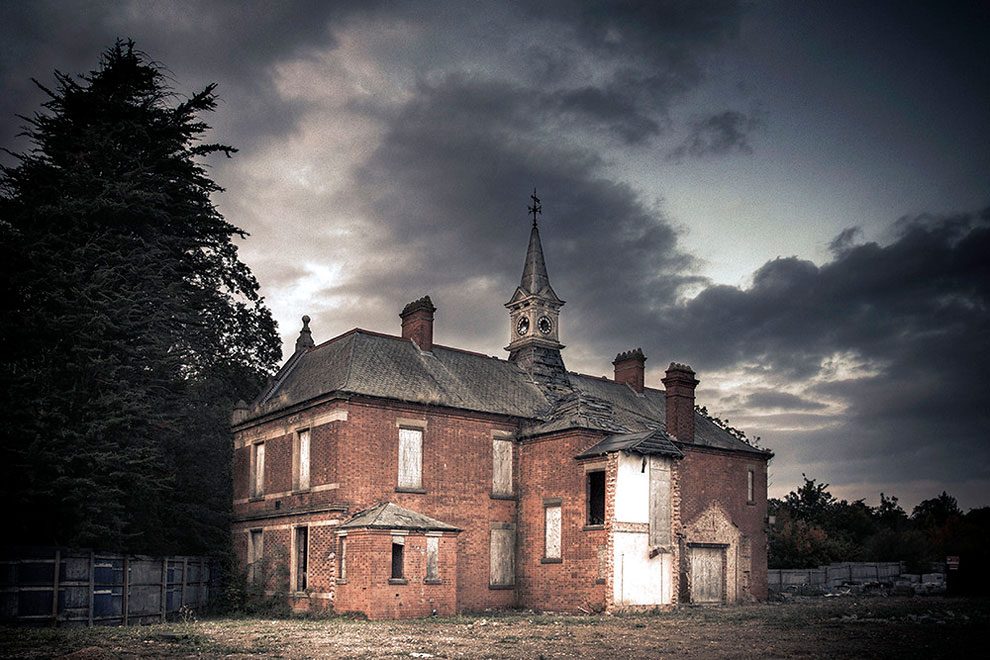 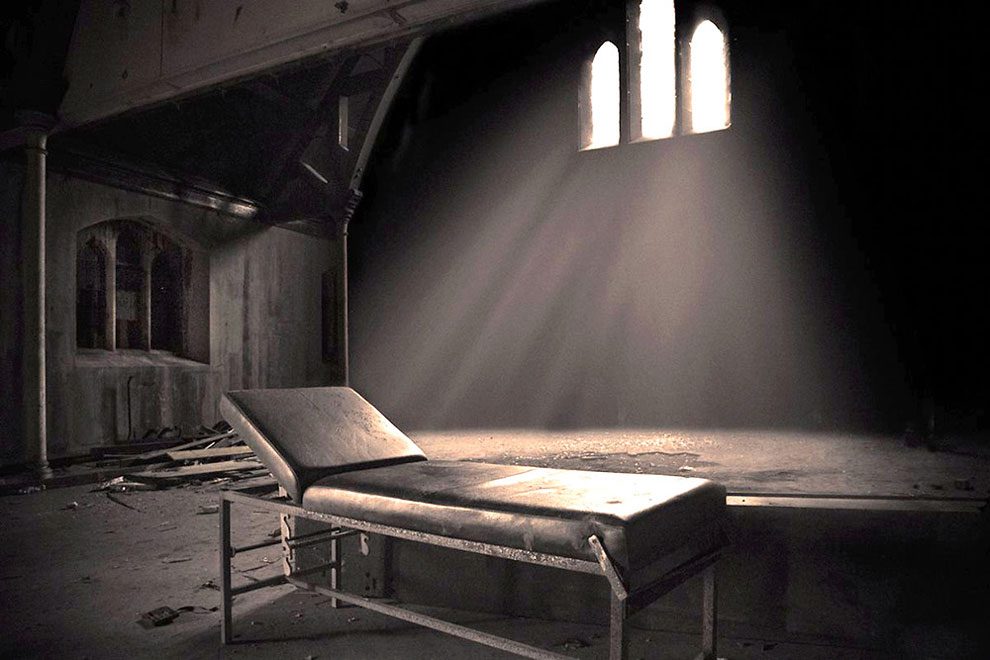 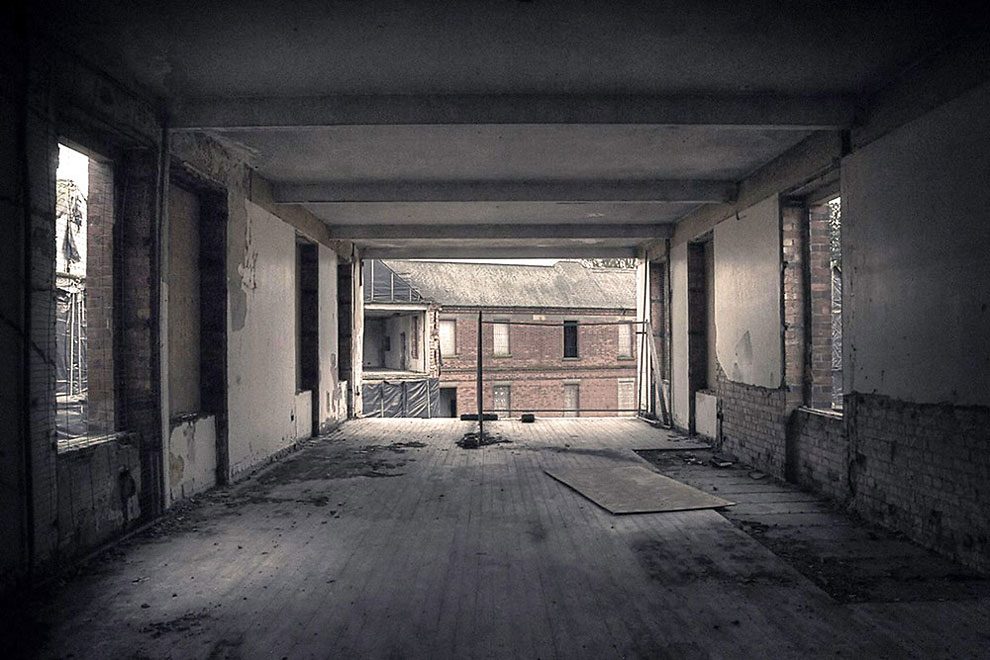 "The Agony & The Ecstasy": Wild Photos Of Young Lovers Getting Off With One Another In The 1990s
The World’s 50 Best Photos of The Year 2020 by Agora
Bums for The Bush: The Cheeky Campaign Helping Aussie Farmers
Incredibly Colorized Pictures Show The Life Of Russian People In The Past
Bizarre Photos Of Rarely Seen Places And Structures Captured With A Drone Offering A New Perspective Of Our Beautiful Planet
This is Reportage: Award-Winning Wedding Moments Captured During The 2020 Pandemic
tck tck tck Global Campaign for Climate Action
"Tattoos" Project by Scott R. Kline
The Blinged-Out Work Trucks Of Japan Photographed By Todd Antony
See How the Hollywood Sign Has Changed from between the 1920s and 1970s
Wildlife And Stars In Stunning Photographs By Mark Andrew Thomas
Mother Photographs Her Two Daughters To Prove They Are Enough Just The Way They Are
"Beyond Heaven And Earth": The Superb Travel Photography By Sergey Bratishchev
Men-Ups! Men Photographed In Stereotypical Pin-Up Poses
The Deserts Of Argentina Take On A Starring Role In This Photographer’s Breathtaking Milky Way Shots
Censorship Tells the Wrong Story
Amazing Photos Awarded By The Sony World Photography Awards 2018
Cameron Diaz: First Look for Esquire UK, November 2012
Spectacular Winning Photos Of The British Wildlife Photography Awards 2018
Burnouts by Simon Davidson
2019 New York City Taxi Drivers Calendar Is Here!
Photographer Shows The Power Of Perspective With His Stunning Humorous Pictures
Beauty is in the Details
Photographer Eric Floberg Shoots Stunning Double-Exposure Photos With A Tilt-Shift Lens
"The Genesis Of Design": Check Out This Amazing Display Of Carpets In Caverns
Incredible Vintage Photographs From The Gibson Archives Of Ships Wrecked On British Coasts
Ukraine In 1982: Soviet Odessa In Amazing Photographs By Ian Berry
25 Beautiful Winning Photographs Of The Northern Lights Contest By “Capture The Atlas”
You Have To See These Astonishing Photos Taken By A 14-Year-Old Boy
Photo of Holden Crater on Mars
abandoned, captured, eerie, explorer, photographs, urban