“Mototoxicosis” is a disease that affects Russian bikers. It is caused by the harmful effects of snow, ice and low temperatures, but above all the inability to ride a motorcycle. If you or someone you know suffers from this ailment, read on. 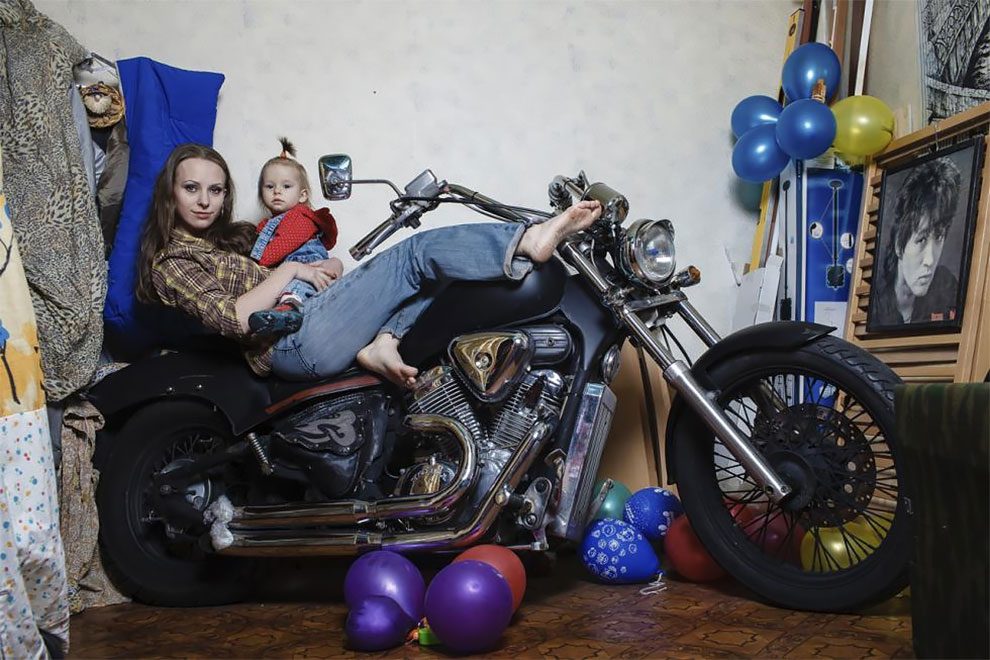 “There are two reasons for keeping my bike inside the apartment. First, my daughter loves the sight of it. Second, the cold slush in the garage has a detrimental effect. After all, one day you might have to sell it. So in winter I prefer to keep it by my side.”

Winter in Russia is making way for the long-anticipated motor season (traditionally mid-April to early October). For Russian bikers suffering from “mototoxicosis,” no amount of snowboarding, skiing or skating can compensate for the lack of adrenaline in their bloodstream. But many Russian bikers prefer not to part company with their other half in winter. They might not be able to ride it, but they can still admire it. 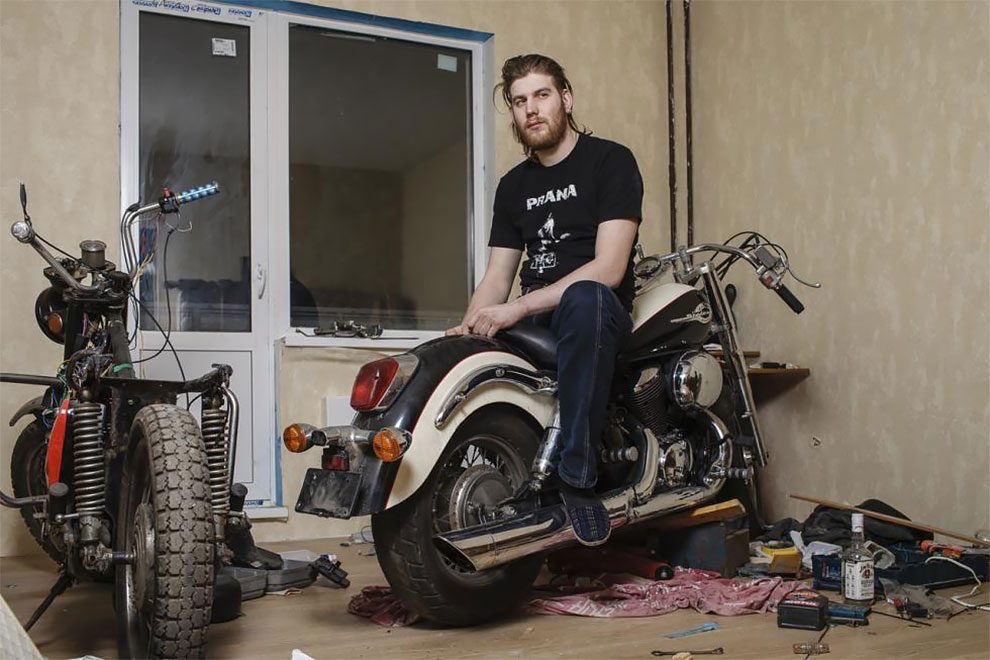 “It’s more convenient to repair your bike in winter if it’s at home. There’s no need to run to the garage all the time. You can just relax after work doing what you love.” 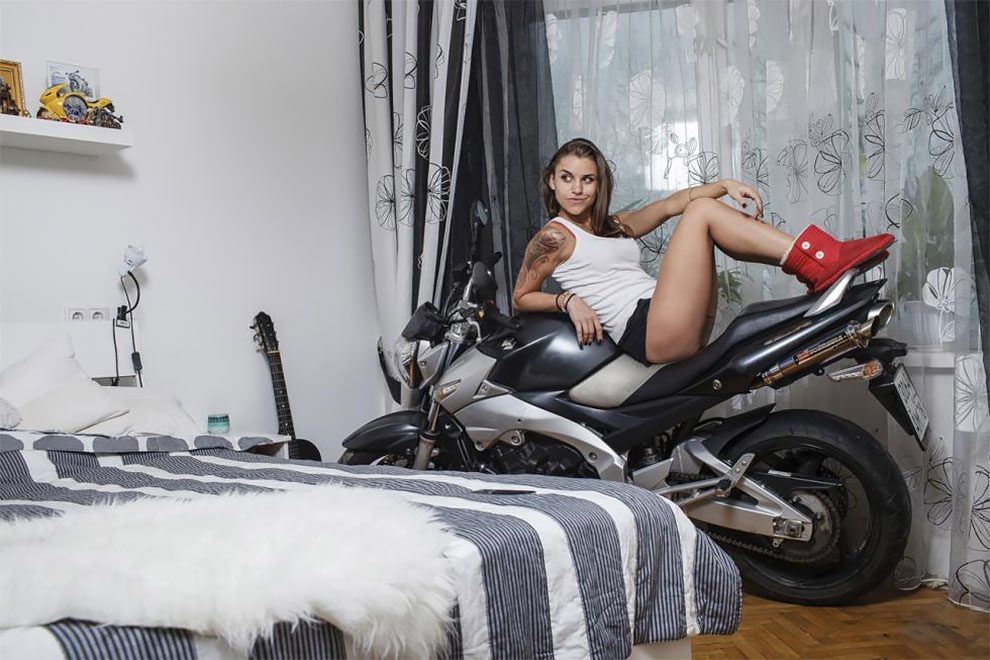 “Whenever I saw a picture of a motorcycle in a living room, I dreamed that someday I’d have the same. During my first “motowinter,” some friends helped me drag the bike up to the second floor on boards. The neighbors were smiling with curiosity. Now whenever I have guests round, they’re always delighted to see a motorcycle in my apartment.” 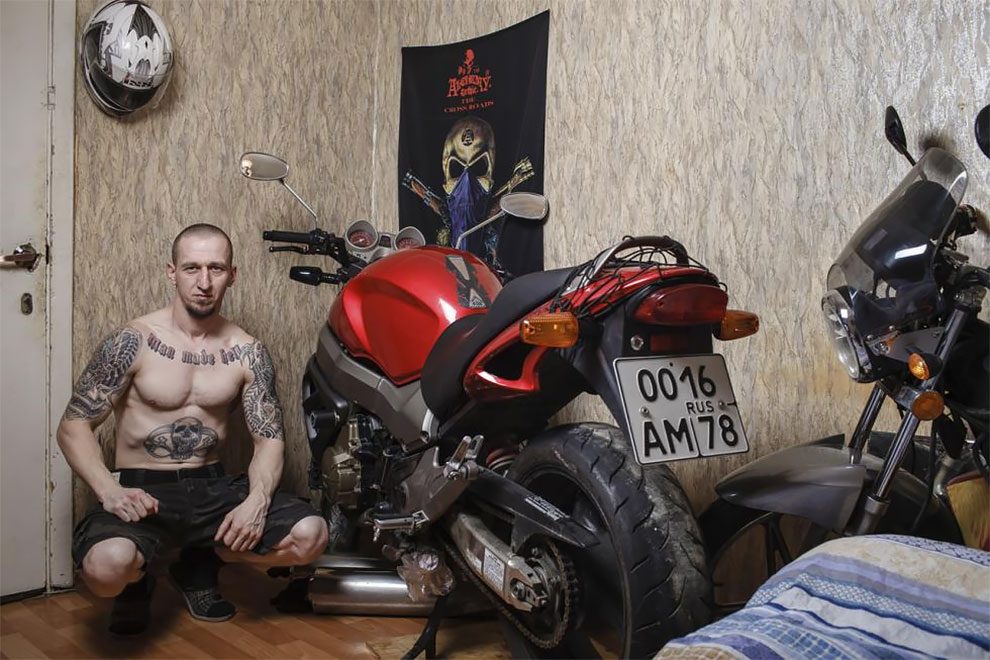 “If you have enough space in your apartment, why not experiment? A motorcycle creates its own atmosphere. Now I don’t need to go to the garage to get my ride ready for the motor season.” 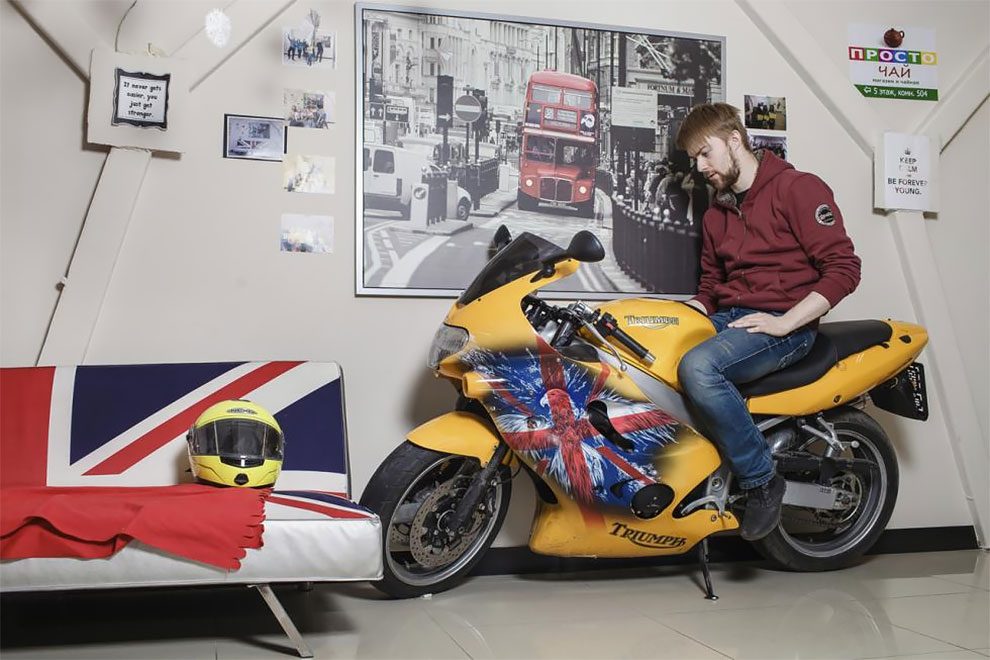 “I keep one of my motorcycles at my English school. It’s a real crowd-puller. Pupils take photos next to it. Sometimes they ask to sit on the saddle and turn the handlebars.” 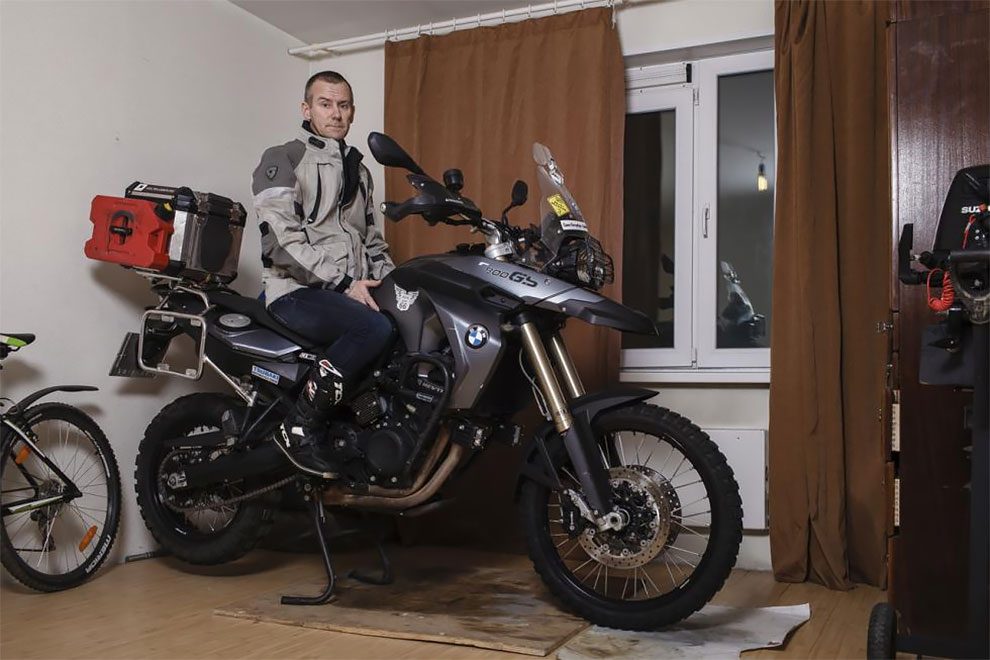 “One of the rooms in my apartment is called the “garage.” That’s where I go to relax after work and repair my bike. It makes it easier to cope with “motoxicosis” and not go mad waiting for summer.” 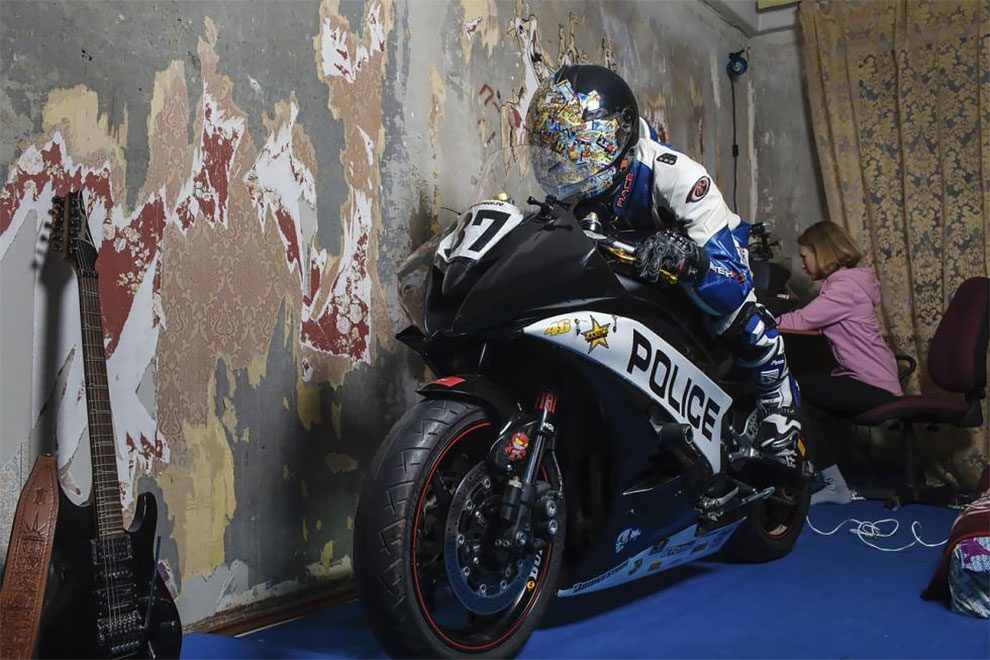 “I had to drain all the fluids so as not to breathe in the fumes, that’s all. It saves money on servicing, parking, etc., and you can keep an eye on your ride. You know she’s safe.”

These Photographs Of Tattooed Senior Show That Body Art Looks Beautiful On Everyone
Amazing Photographs Capture Everyday Life in Spanish Harlem in the Mid-1980s
"Untypical Girls": Early Photographs Of Women In Punk From Between The Late 1970s And Early 1990s
Radical Beauty Project Is Challenging Misconceptions Around Down Syndrome Through Conceptual Beauty Shoots
Flying Over the Frozen Waters
Cool Photos Defined Fashion Styles of Young People in the 1970s
Japan 2077: Photographer Aishy Has Captured Tokyo in a Striking Cyberpunk Mood at Night
Magical Macro Worlds of Georgi Georgiev
Artists Transform People Into The Spitting Image Of Their Icons
Moody Portrait Photography By The Russian Photographer Alexander Kurnosov
Bloggers Show How Their ‘Ideal’ Instagram Photographs Are Taken
Japanese Artist Offers Funerals for Love Dolls and Lets Customers Live out Fantasies as A Murder Victim, Blow-Up Doll or Dead Girl
Australian Bureau Of Meteorology's 2018 Calendar
"Belfast Kids": Photographer Dave Sinclair Shows Us the Faces and Lives of Children in The City Affected by Social and Political Change and Upheaval
Photographing the Next American Olympic Stars
Breathtaking Photos Of Isolated Tribes From All Around The World
Katy Perry for L’Officiel Paris, September 2012
Christine Osinski’s Photographs Of Staten Island’s Overlooked New Yorkers In 1980s
Conceptual “Cut Food” Photography by Beth Galton
20 Amazing Photos Of A Young And Hot Axl Rose In The 1980s
Can You Guess Who Is Kissing In These Pics: Real Couples Or Friends?
"New York, By The Way": Urban Pastel Color Photography By Ludwig Favre
Incredibly Colorized Pictures Show The Life Of Russian People In The Past
'Know Where You Stand': Photographer Fuses 4 Historical Events With Present-Day Images
mototoxicosis