By the early 1920s, millions of orphaned and abandoned children, collectively described in Russian as besprizornye, besprizorniki (literally “unattended”) crowded cities, towns, and villages across the new Soviet state. By 1922, World War I, Russian Revolution, and Civil War had resulted in the loss of at least 16 million lives within the Soviet Union’s borders, and severed contact between millions of children and their parents. At this time, Bolshevik authorities were faced with an estimated seven million homeless youths. 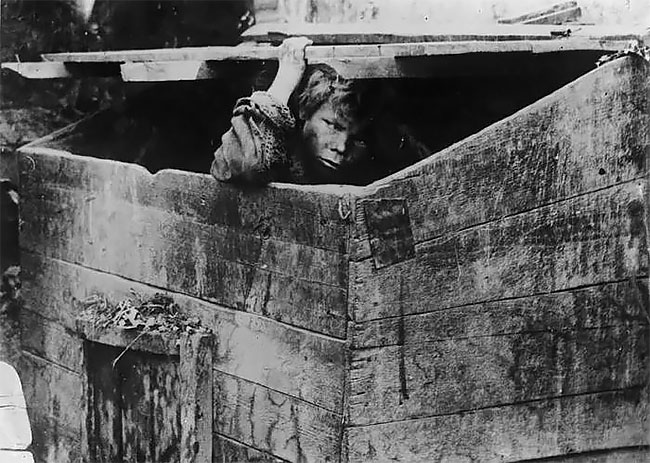 The great Volga famine of 1921–1922 accounted for some five million deaths and played a huge role in depriving children of their homes. Vast numbers of children were deserted, many abandoning their families themselves, and many parents actively abandoning their children.

By the spring of 1921, one-quarter of the peasantry in Soviet Russia was starving. The famine brought with it severe typhus and cholera epidemics which killed off those already weakened by hunger.

By the summer of 1921, starvation had become so extreme that official plans were begun for mass evacuations of juveniles from afflicted provinces. From June 1921 to September 1922 the state evacuated approximately 150,000 children and moved trainloads of youths across the country in order to lessen the burden placed on institutions and clinics in hungry regions. Foreign relief organizations fed nearly 4.2 million children. The American Relief Administration (ARA) took on 80% of this total. Altogether, including both the state’s and foreign organizations’ distribution of food, close to 5 million youths received occasional meals. However, millions more went unfed.

Homeless and starving children on the Nicholas Station. Moscow 1920 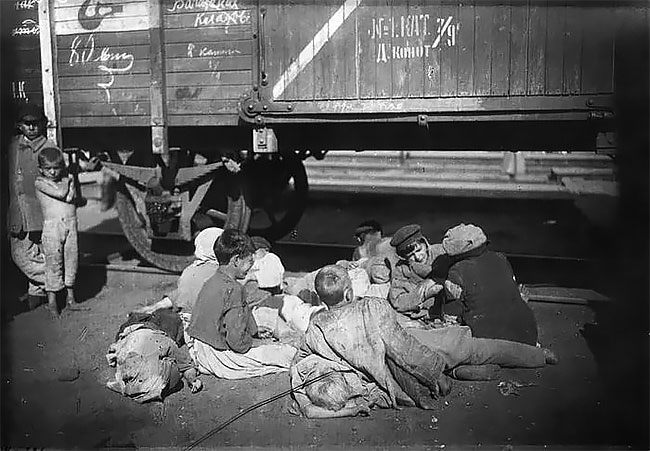 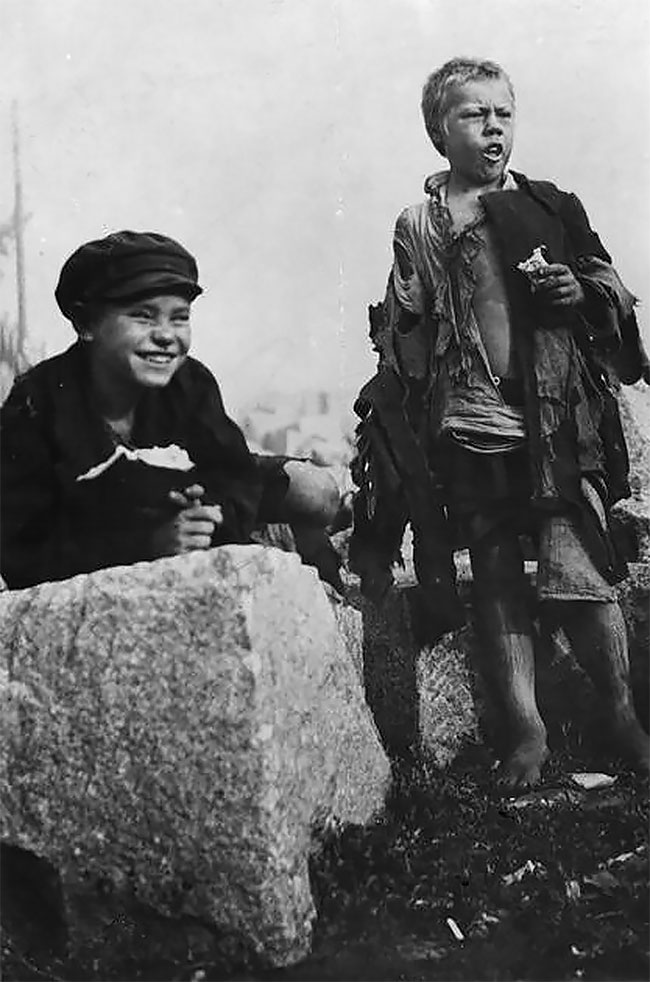 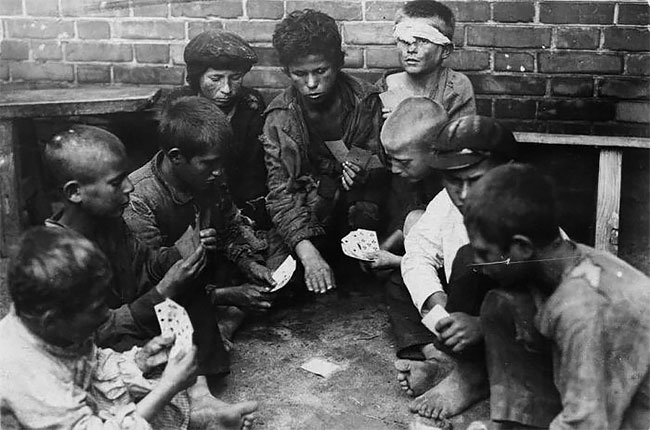 A group of homeless children. Moscow 1922 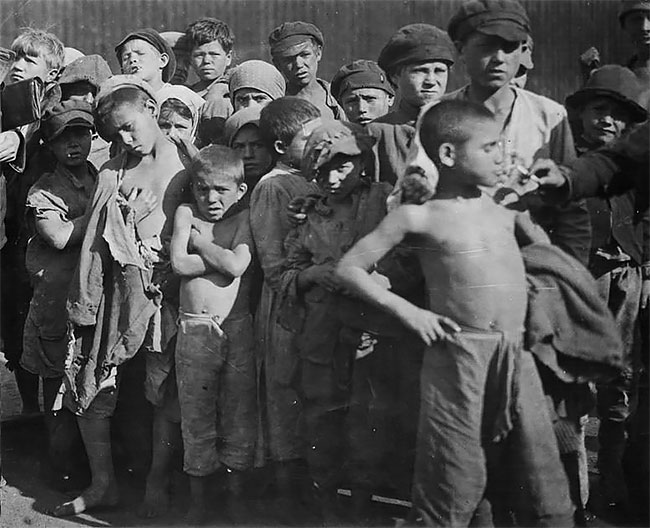 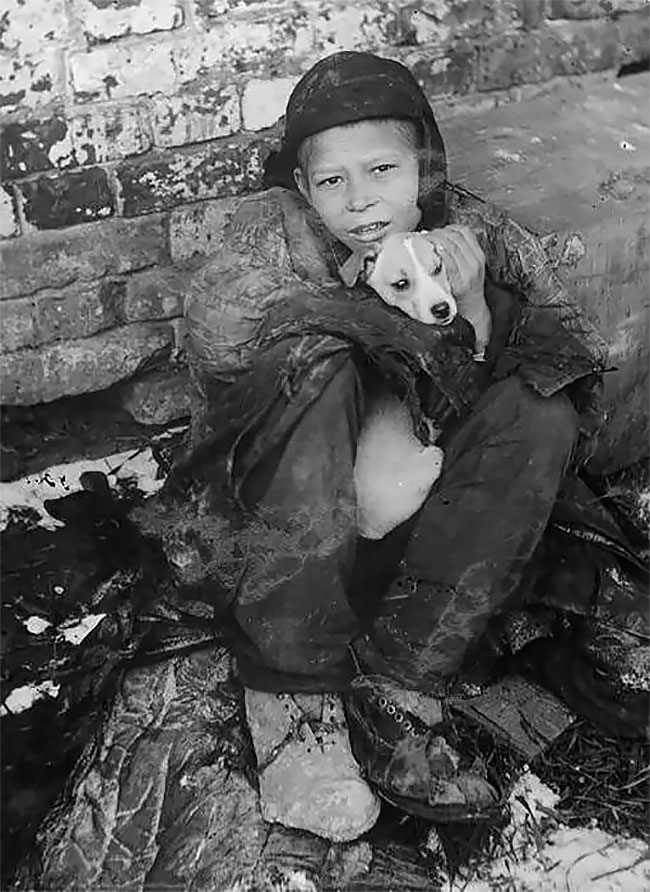 Register of homeless children in the duty-room school for street of the Moscow department of education. Moscow 1928 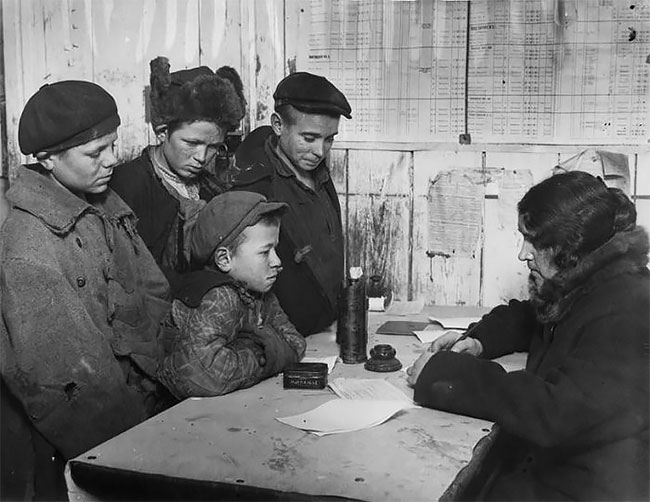 Homeless hostel in the receiver listening to the radio. Moscow 1925 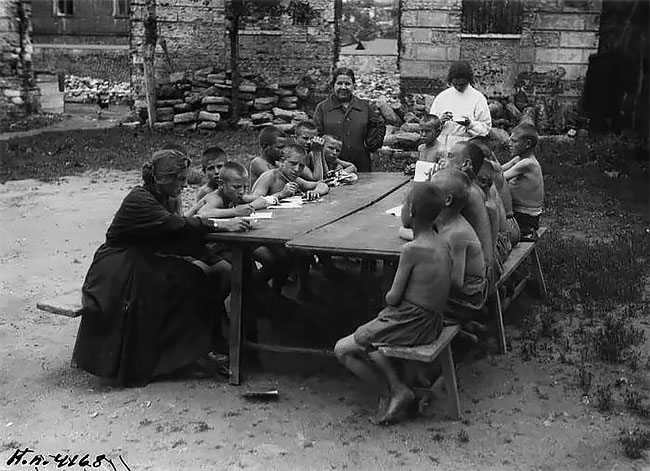 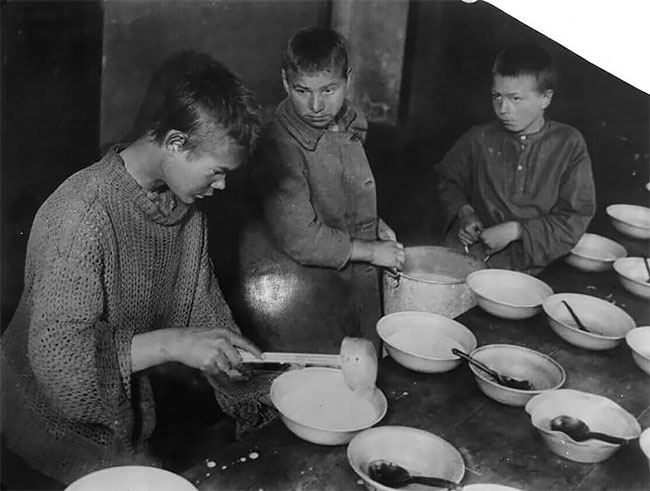 Two homeless on the street near the furnace. Shabolovsky orphanage. Moscow 1925 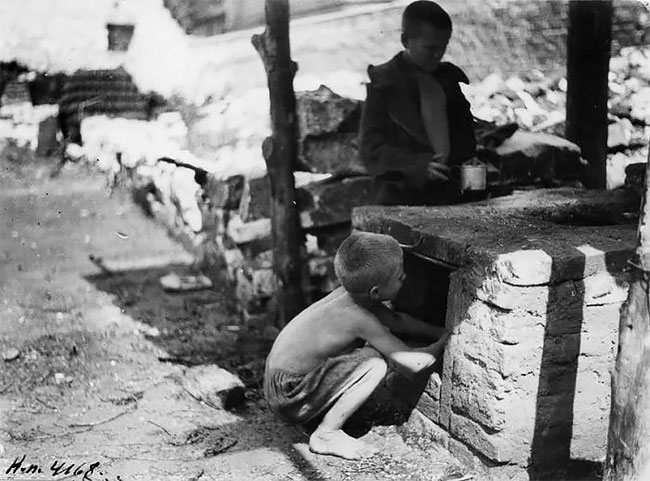 Help the starving Volga. Orphans whose parents have died of starvation in an orphanage. Stavropol, 1921-1922 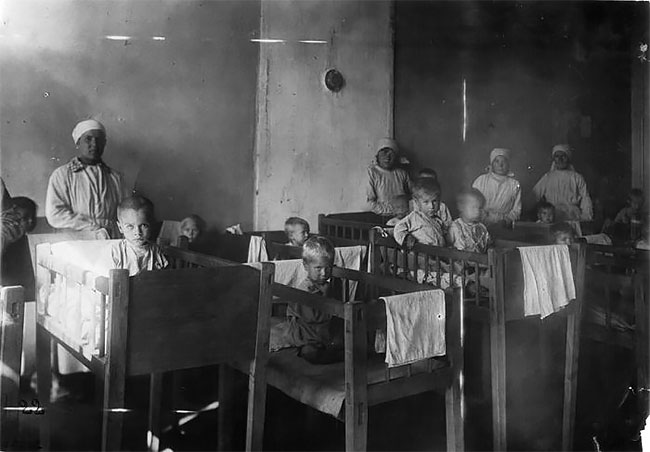 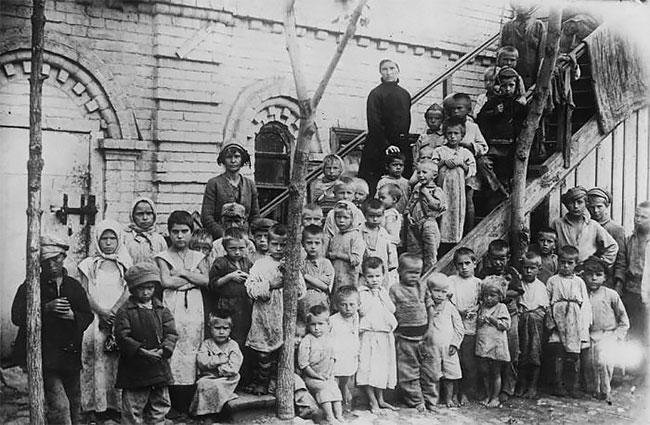 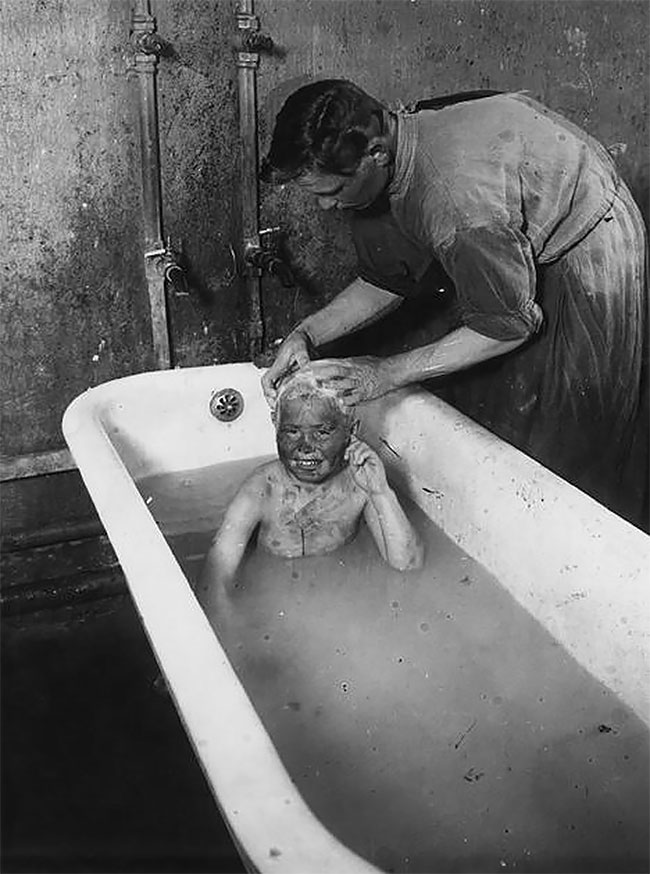 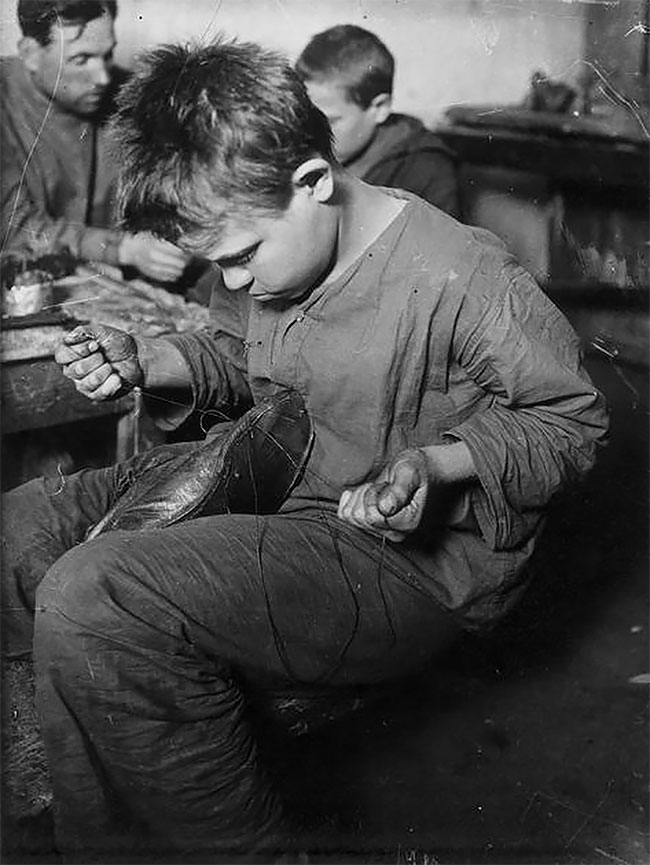 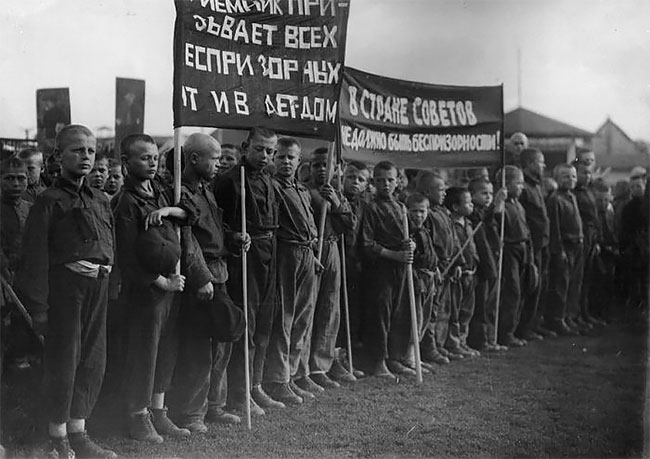 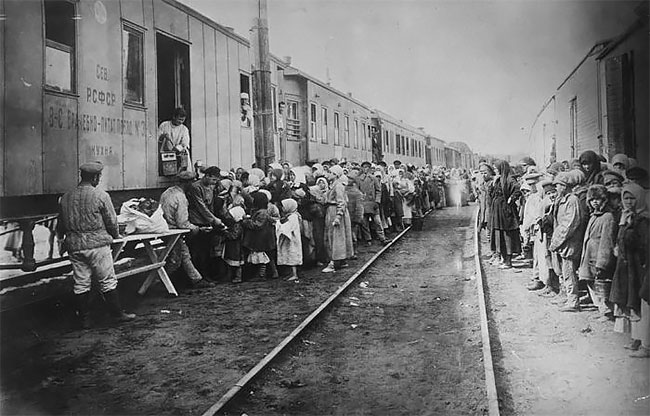 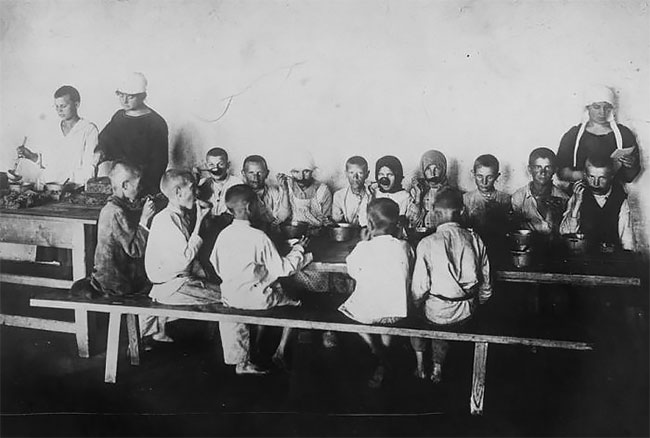 The fight against hunger and homelessness. In the infirmary. Volga 1921 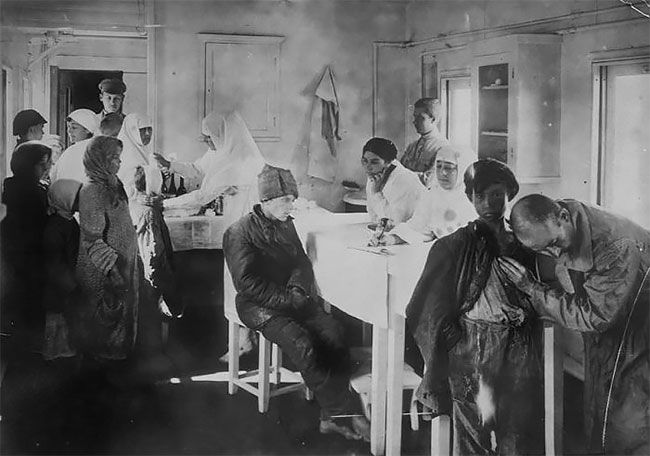 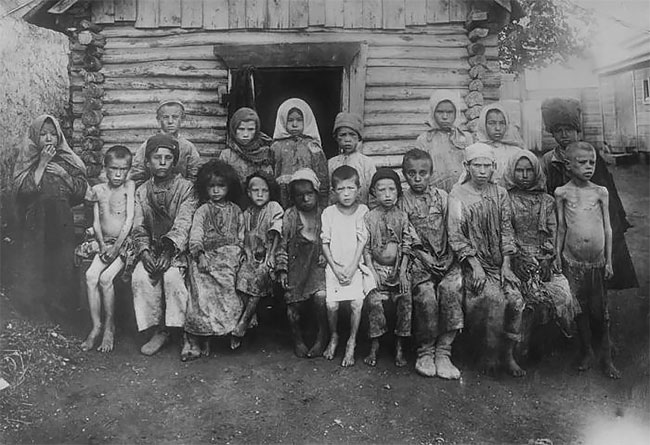 Sujata Setia Photographed Kids With Incredible Hair
Photographer Captures Japanese City in Gloomy Lights of Dark Neon
Rhine Falls: Amazing Aerial Photography by Bernhard Lang
Artist “Completes” Clouds By Adding Silhouetted Shapes To Them, And The Results Are Beautiful
What Dinnertime Looks Like In 36 Different Homes
Artist Finds Solace In Dreamlike Photography After Mother Passes Away
This Spectacular Image Of The Moon's Surface Is The Combination of 100,000 Photos
Beautiful Female Fashion Photography in the 1960s by Hans Dukkers
Jenn Brown Captures Amazing Photos Of Abandoned Places Across The USA
Advertising Photographer Mark Laita
Breathtaking Nature Pics That Won The 2020 International Photography Awards
Stunning Black and White Photos of Chicago in 1988
Breathtaking Underwater Photograhy By Tim Davis
Spectacular Winning Images of The Life in Another Light Photo Contest 2020
Photo of the Day: A High-voltage Job
Total Strangers Who Could Actually Be Identical Twins
Stunning Photographs Taken By Stanley Kubrick That Capture Street Scenes of New York City In The 1940s
Outtake Photos From The Doors’ Debut Album Cover in 1967
Amazing Funny, Creative And Striking Photo Works By Mark Engelen
Haunting Colorized Photos Reveal The Devastation Caused By The Spanish Flu Which Killed At Least Fifty-Million
People Use This Online Photo Enhancer To Restore Old Pictures And Share The Results
Evocative Photos of Life in Texas in the 1970s
Marvelous Beauty And Lifestyle Portraits By Consuelo Sorsoli
"Spuds You Like": Spectacular Winning Photos From The Potato Photographer Of The Year 2020
children, homeless, photographs, sentimental, soviet, union