After seeing a man in his 60s wearing a leather harness dancing at a gay club, photographer Muir Vidler realised he wanted to celebrate the people that never let their age define who they are. From the ‘world’s most-tattooed senior woman’ to a Jurassic mod, here are his band of rebels. 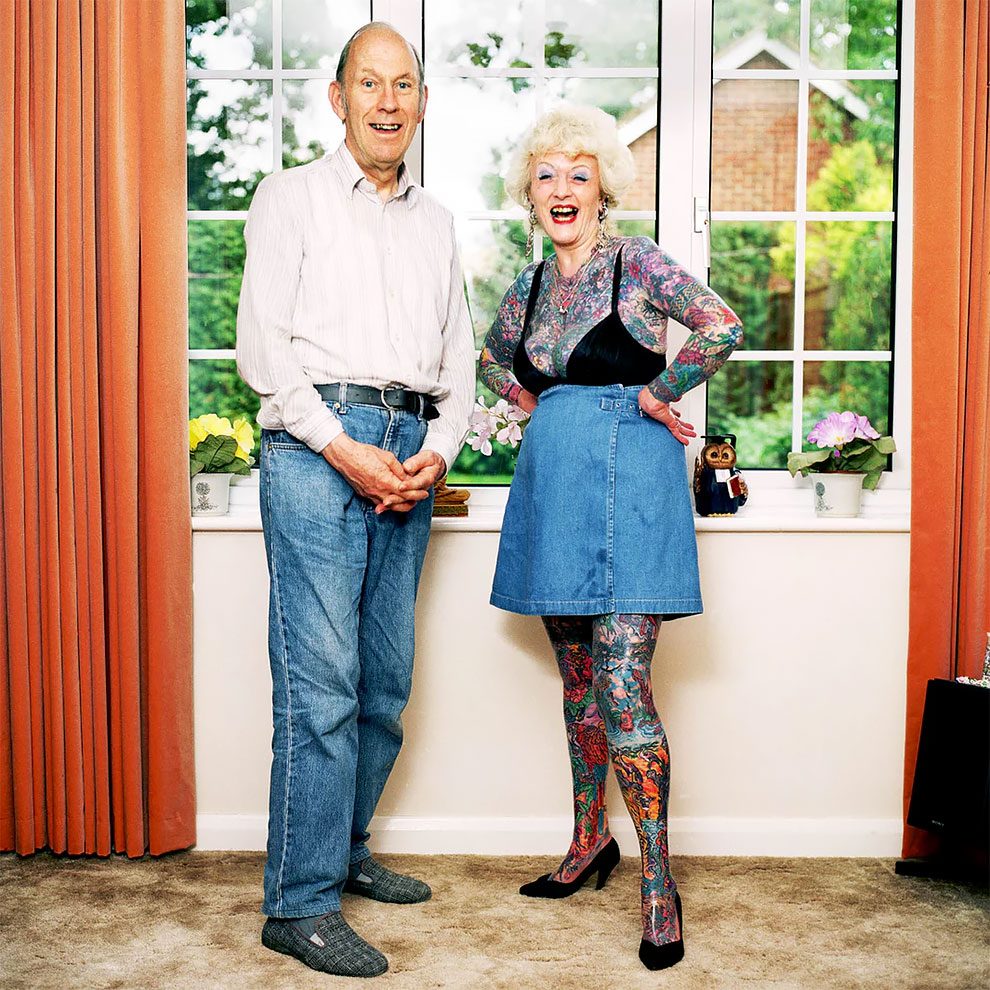 Isobel: ‘I first got tattooed when I was 48. I liked it so much I just kept going for it. I’ve also pierced my ears, nose, nipples, bellybutton, clitoris and everywhere else. I’ve done some wild things in my life but I have no regrets.’

Isobel Varley is in the Guinness Book of World Records as the ‘the world’s most tattooed senior woman’. Her husband, Mac, doesn’t have any tattoos. 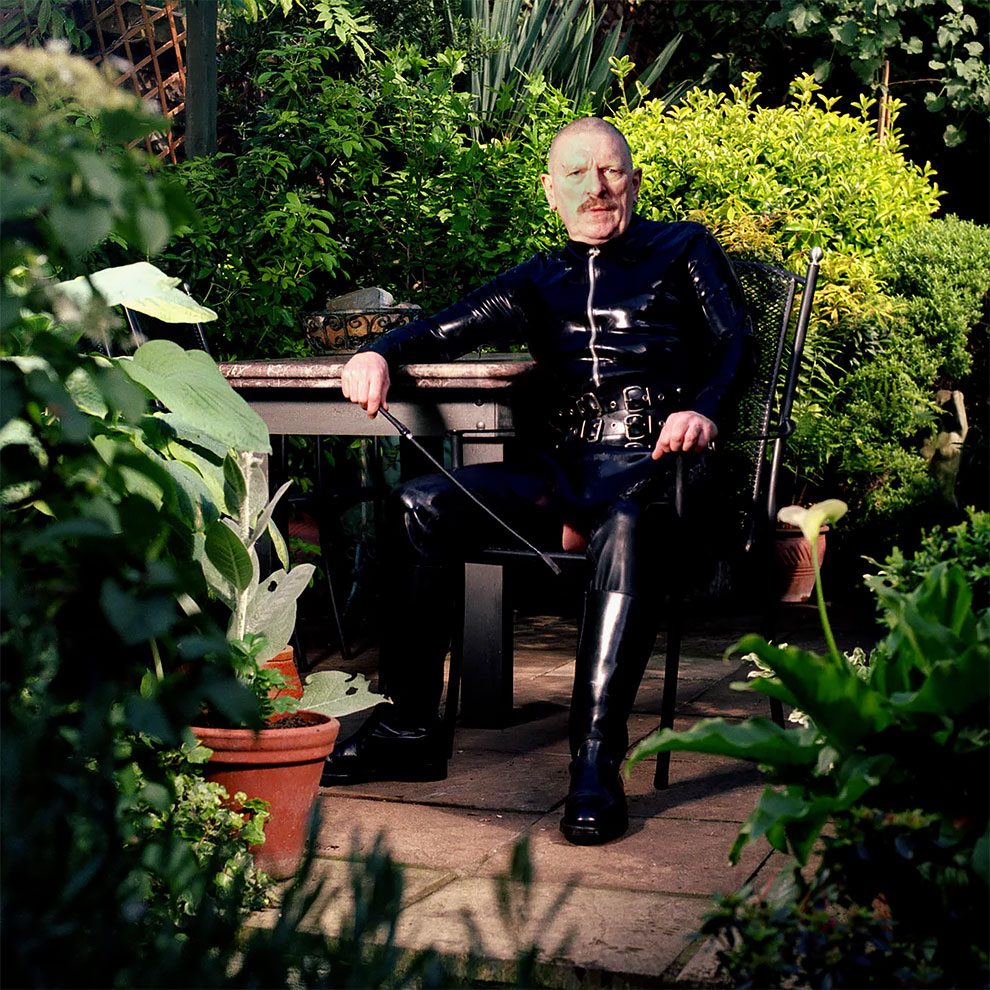 ‘In my spare time I either go to fetish clubs or do needlepoint. I like medieval tapestries.’

Sid Ellis is a master who has a few slaves at the infamous Fist Club. Here he is in his garden at home. 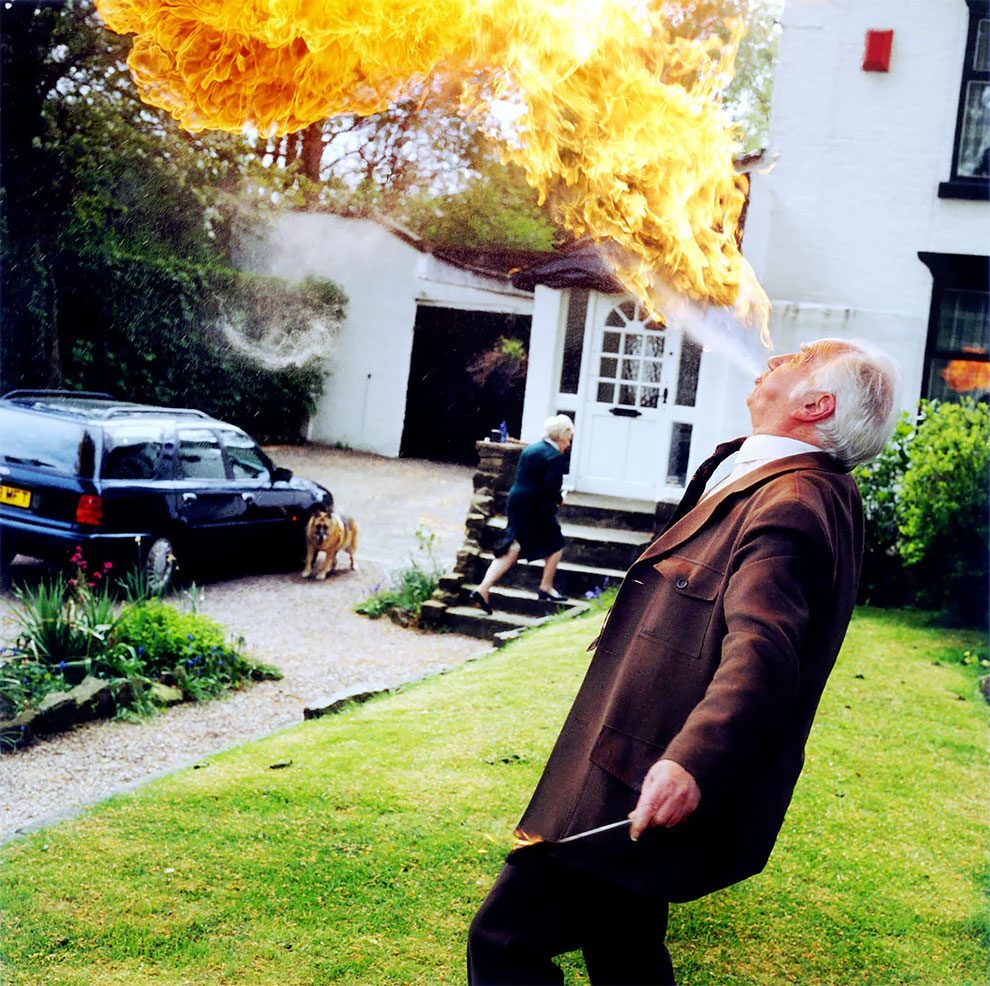 ‘I’m 45 plus VAT now, and I’ll be breathing fire even after they bury me, the bastards.’

Danny Lynch, the Great Stromboli, is a former circus performer who now lives outside Manchester with his wife and dog. Here, he fire-breathes while his wife goes inside to make tea. 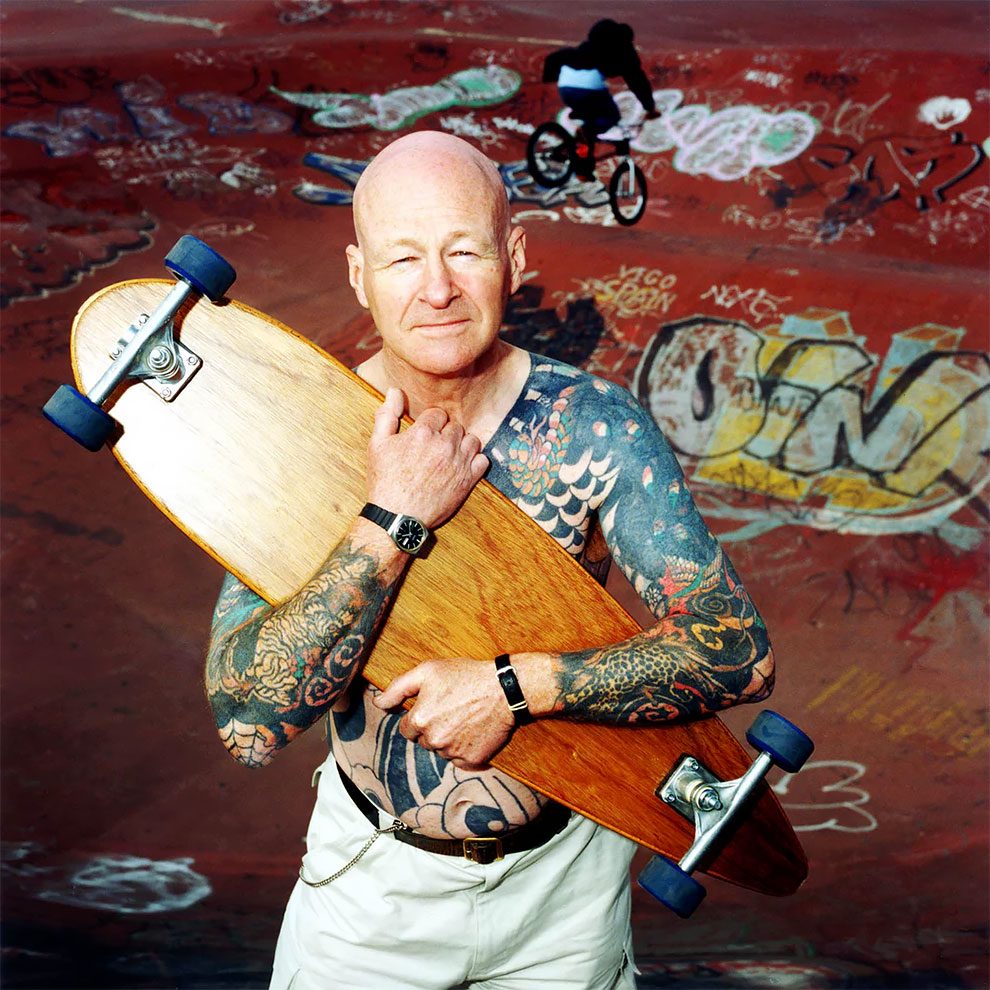 ‘I find my contemporaries dreadfully boring. Sometimes they shout at me to grow up, but I think they’re just jealous. I didn’t have much of a youth. I was always either ill or with old people. I think I’m reverting.’

Adrian Delgoffe is a skateboarder who also frequents Love Muscle at the Fridge in Brixton, London, wearing leather pants and a leather harness. 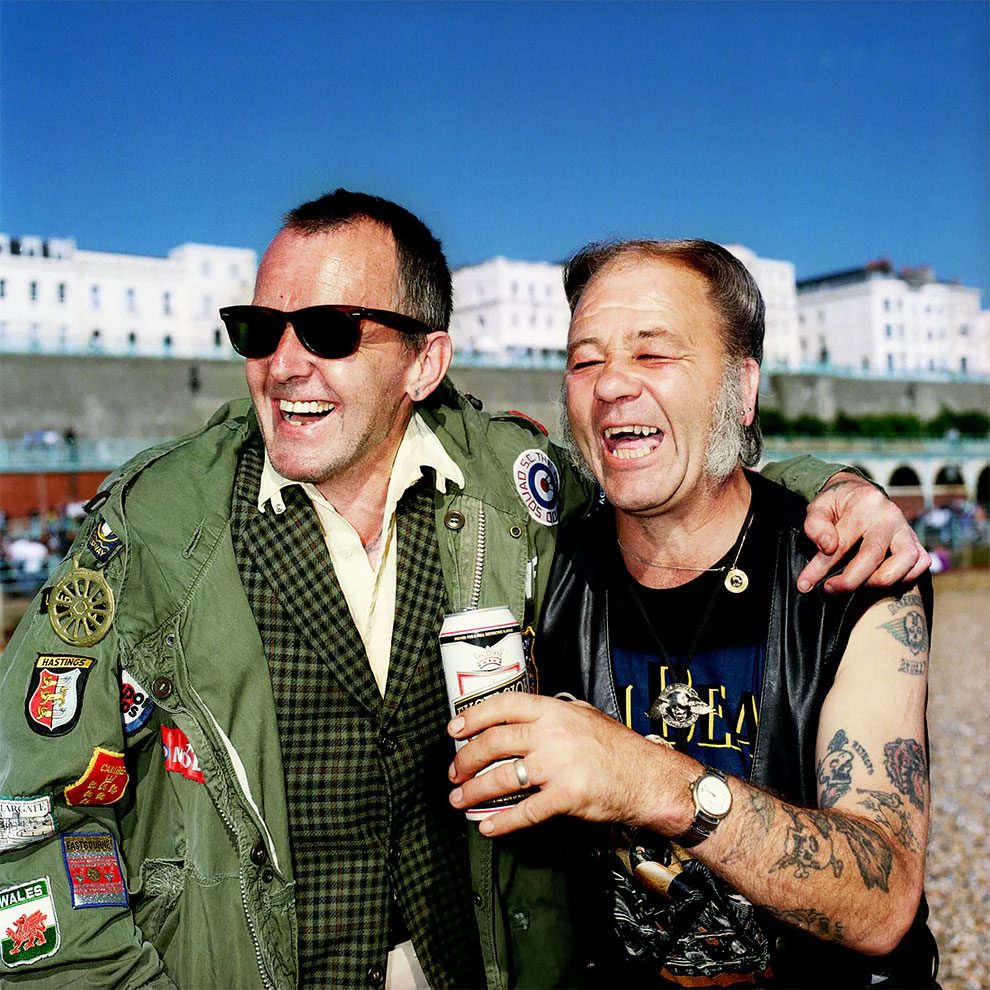 Steve: ‘They call me Jurassic mod ’cause I’m the oldest one in the club now.’

Ray Cooke with Steve Howard on Brighton beach. Ray has been a mod since he was a teen. Now he’s part of the Odd Mod Squad Scooter Club, who do runs to Brighton every summer. He bumped into Steve that day – they’d never met before. 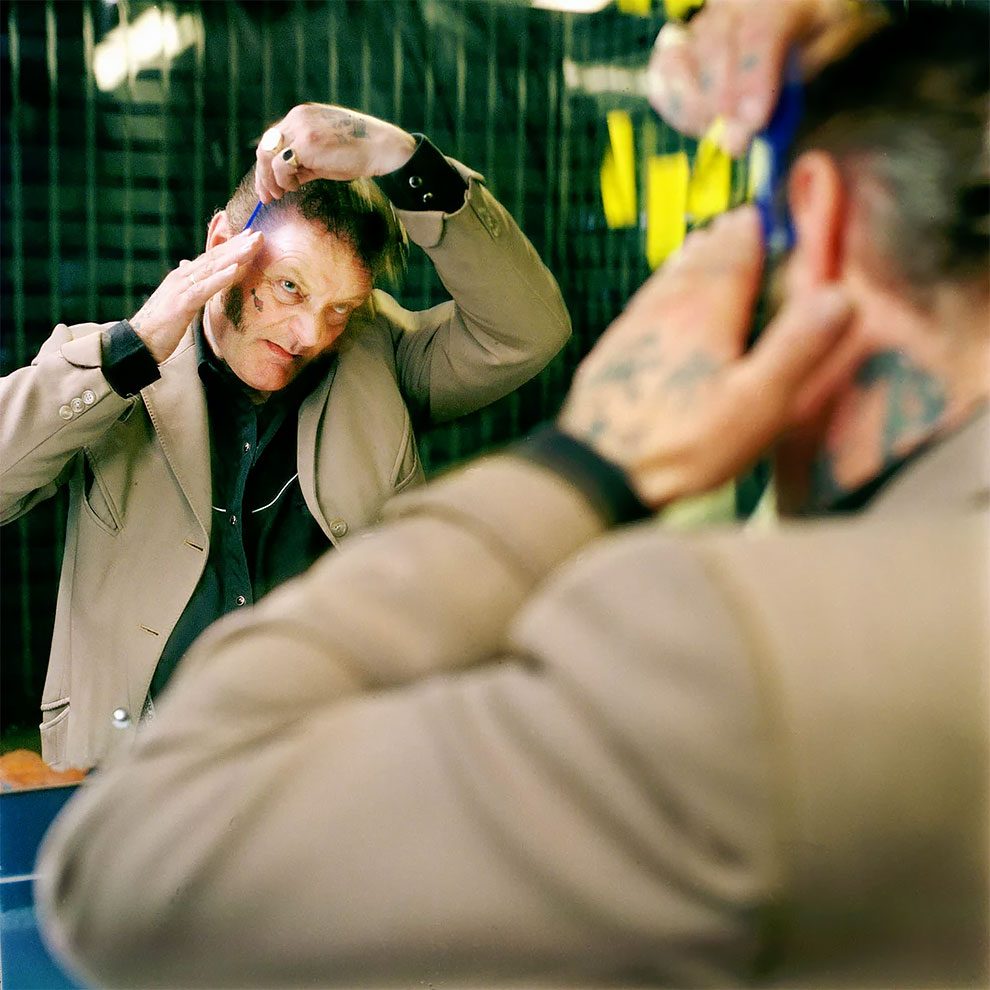 ‘Rock’n’roll gets in your blood and you can’t just get rid of it. I’ve been rockin’ since the 50s and I’m still rockin’ through my 50s.’

Frankie ‘Knuckes’ Lacy in the Tennessee Club, an old club for rock’n’rollers. He’s been a Ted since 1958 and is the roadie for Bill Halley’s Original Comets, the surviving members of the band who still tour. 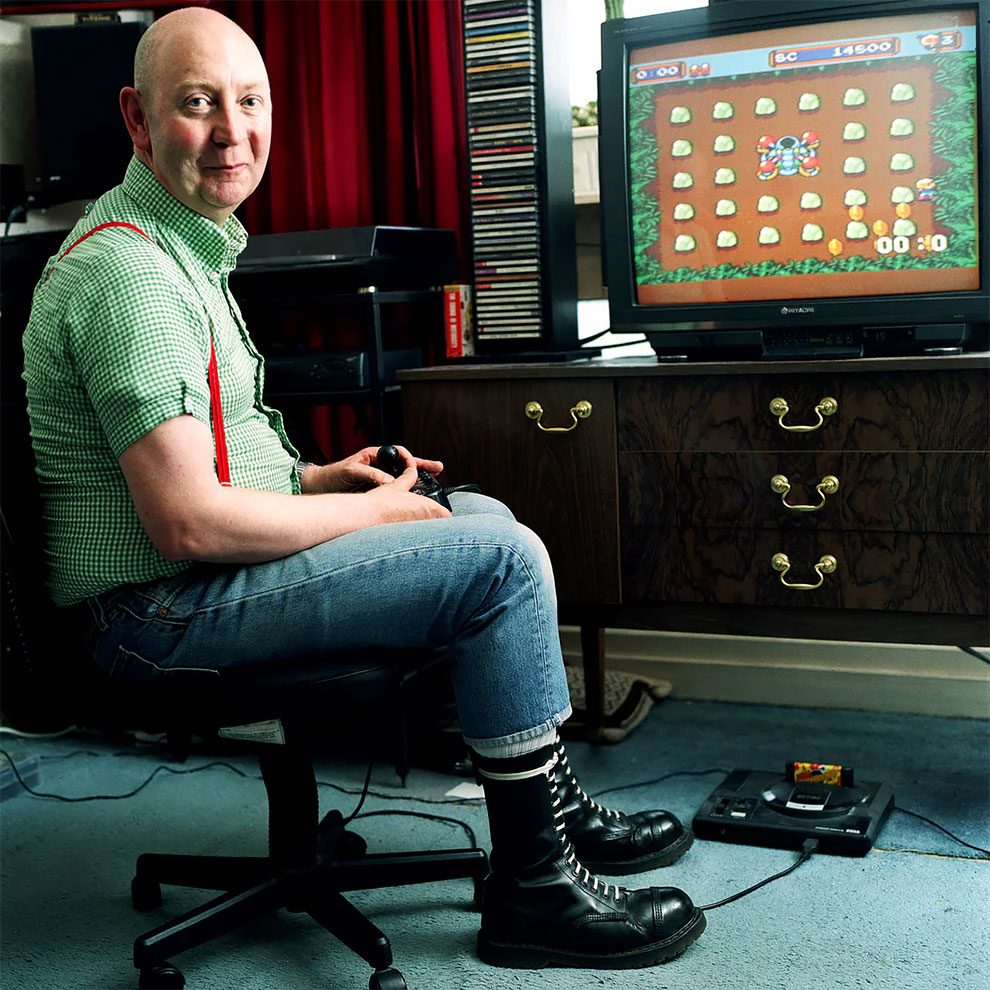 John G Byrne has been a skinhead since 1969, when he was 13. He’s a photographer and has a great archive of skinhead pictures, especially of gay skinheads. He was one of the first openly gay skins, and is famous among the skinhead community all over the world. 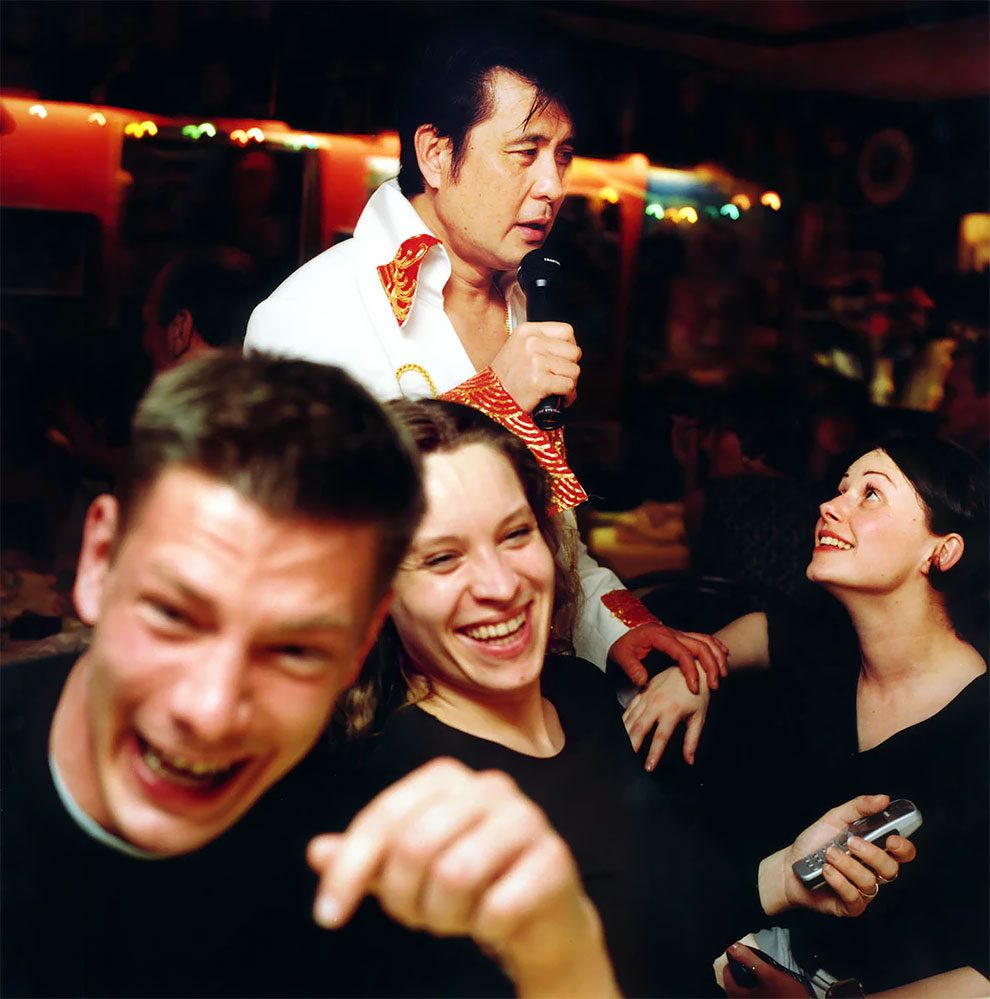 ‘When I sing, I feel the spirit of Elvis flowing through me. What I do is very serious.’

Paul ‘Elvis’ Chan used to own Gracelands Palace Chinese restaurant on the Old Kent Road in Peckham – the Las Vegas of London. He performed there most nights. The Elvis lifestyle eventually took its toll, so now the restaurant has closed down, but he still feels the spirit of the King whenever he sings 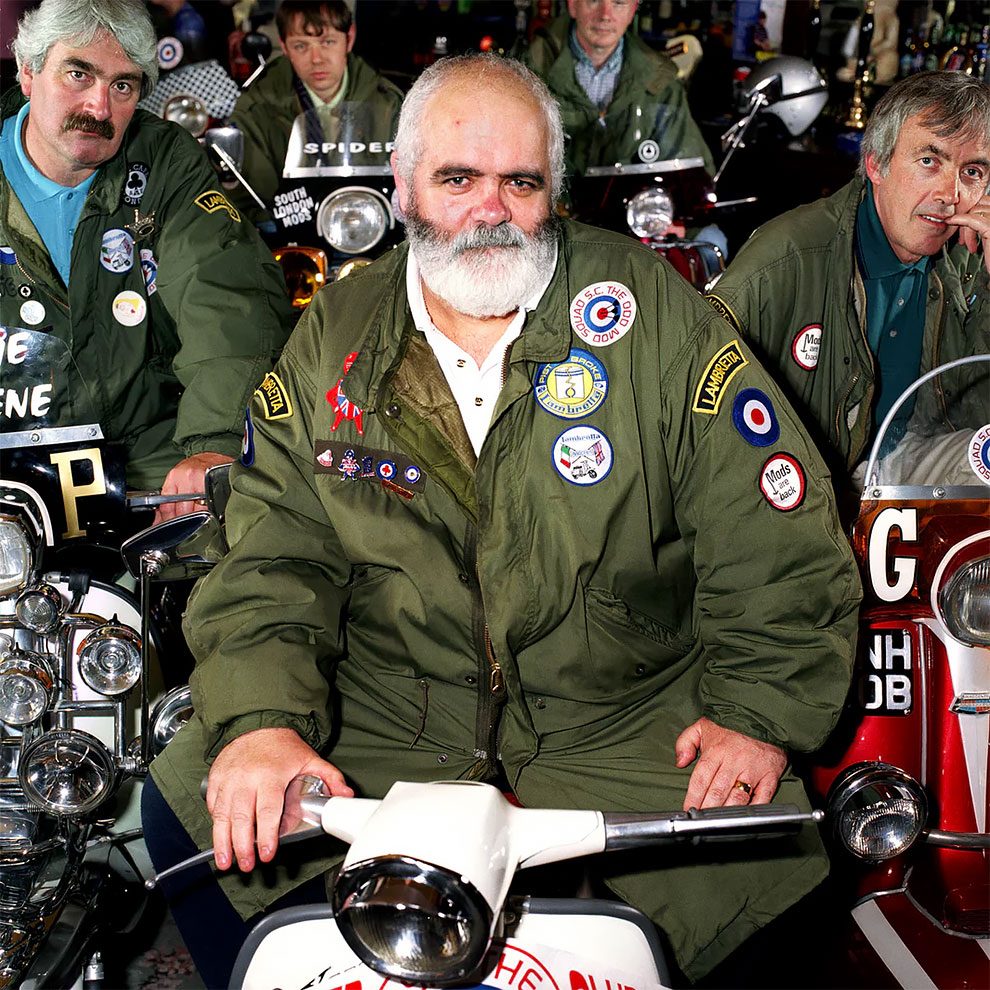 ‘Every few years there’s talk of a mod revival. That means nothing to us. We’ve never gone away.’

The Odd Mod Squad live up to their name. They’re a classic Lambretta and Vespa scooter club with 50 members – some in their 60s and some in their 20s. They do scooter runs around England throughout the year. 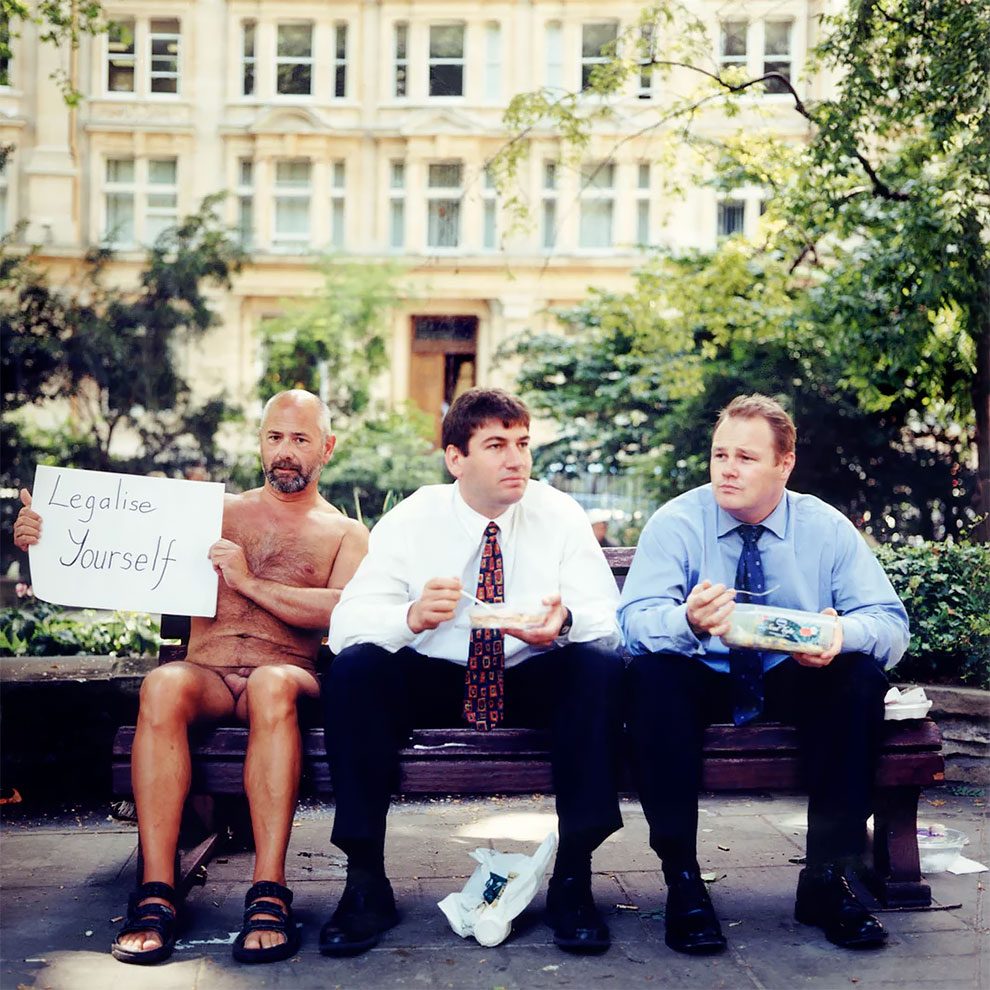 Ruaridh Clarke is a member of the Freedom to Be Yourself Campaign, a group that campaigns for the right to be naked in public. 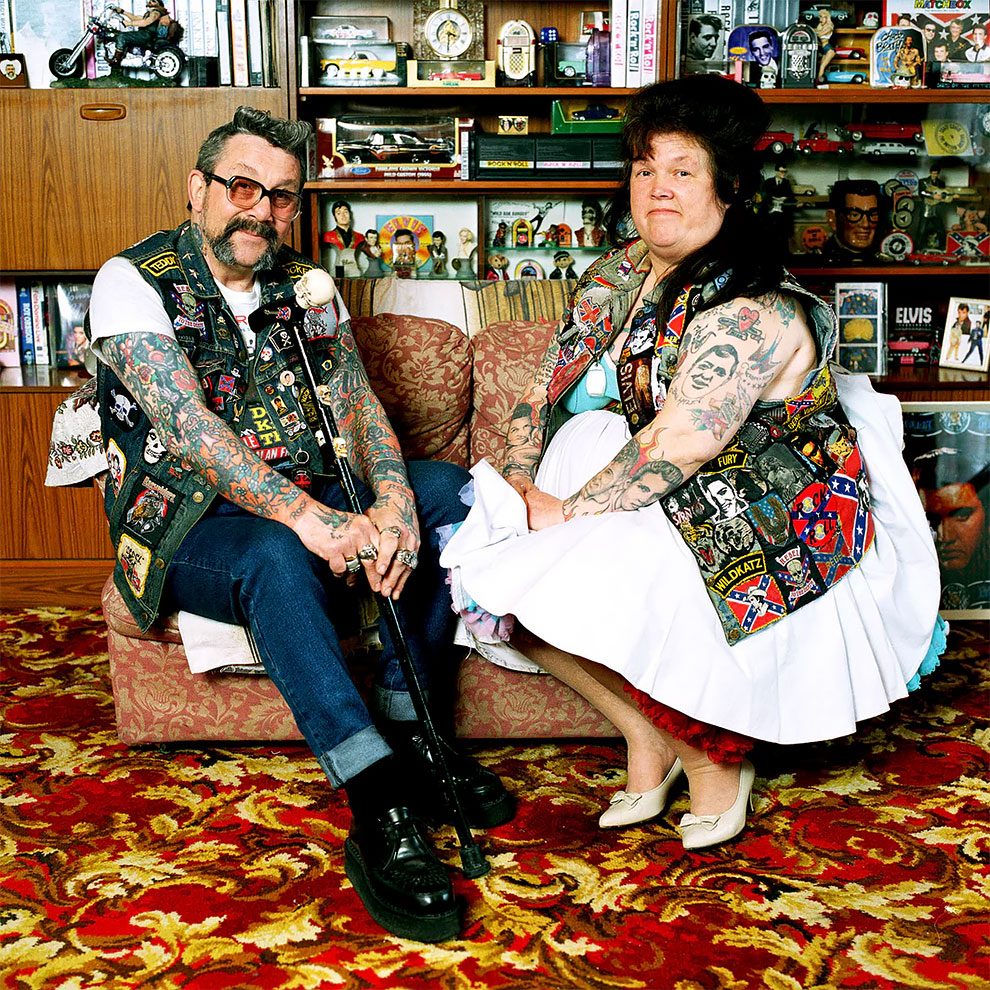 Mick and Peggy Warner in the Tennessee Club. Peggy is well known in the tattoo world for having a great portrait of Bill Haley on her back. They started getting tattooed 40 years ago.

‘If you wait long enough, everything comes back around.’