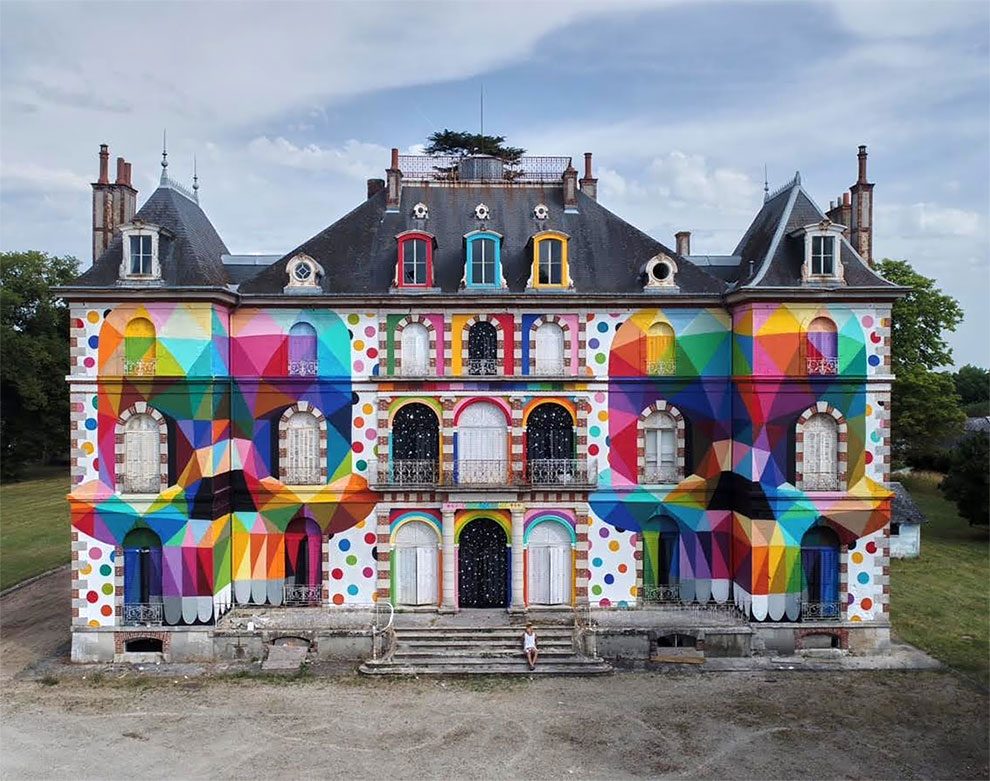 The intervention, titled Skull in the Mirror, covers the gigantic home’s facade in a mix of colorful polka dots, and is flanked on either side by two three-story skulls. Three dormer windows at the top of the castle are lined in bright red, blue, and orange, while the second story windows serve as openings for the prismatic skull’s four combined eyes. 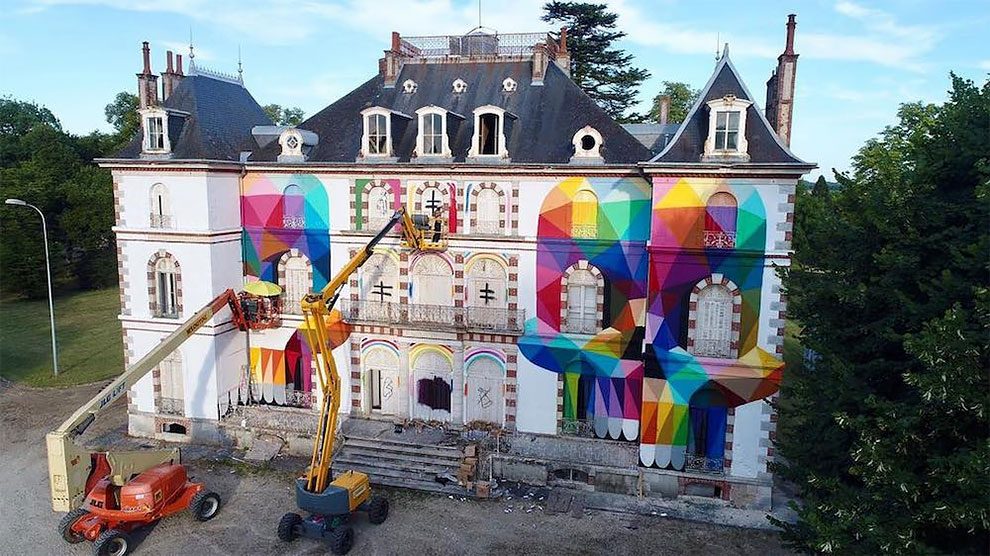 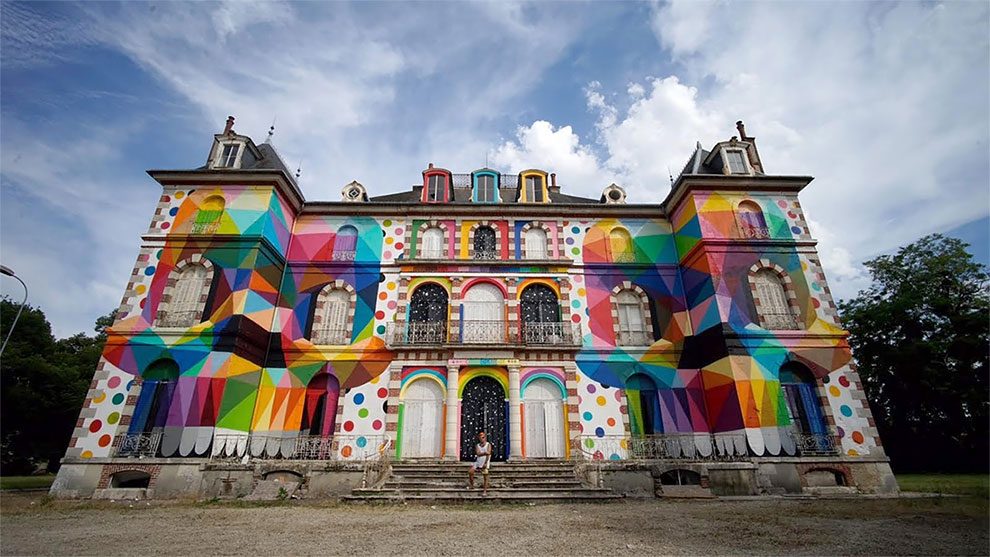